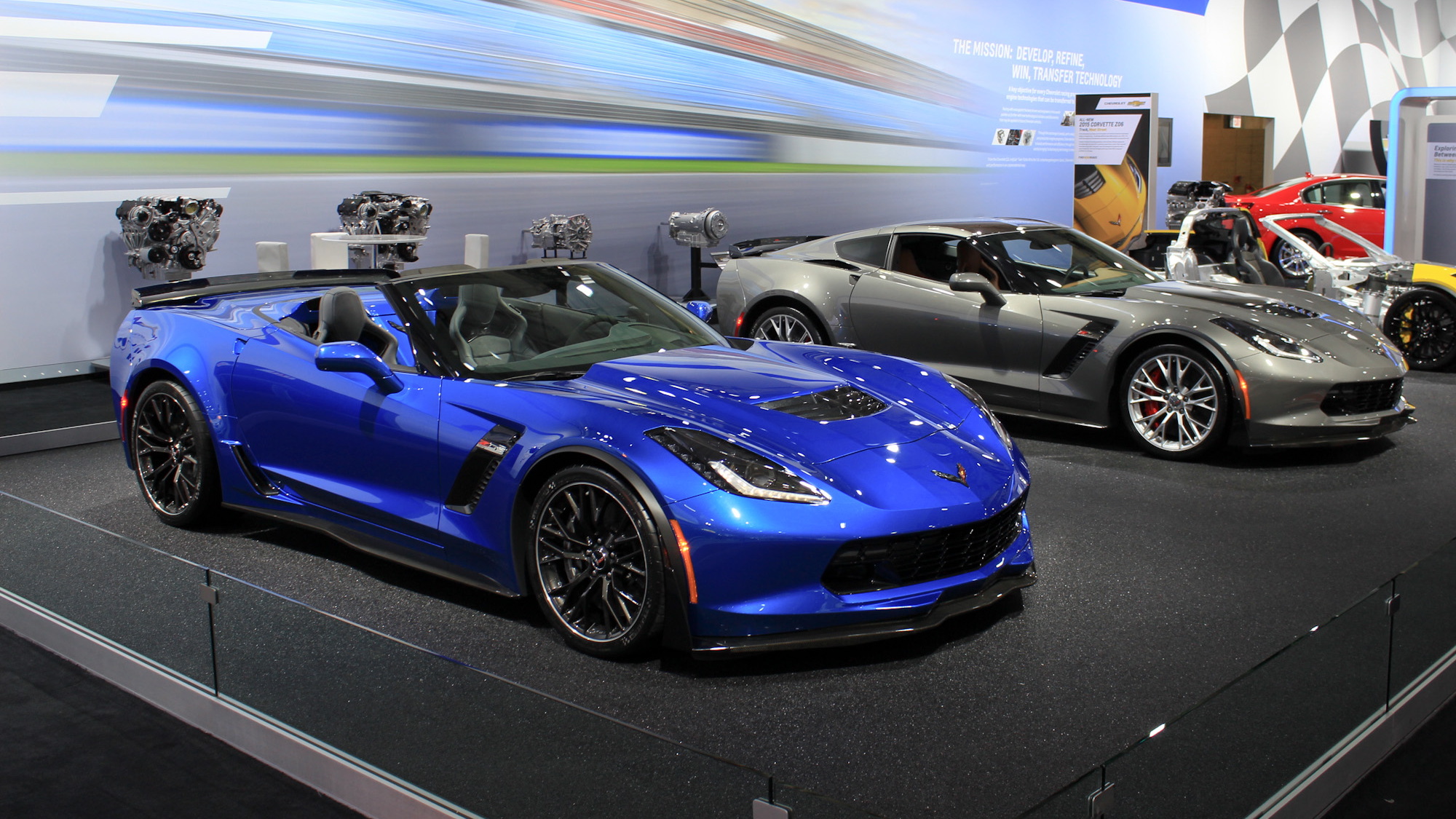 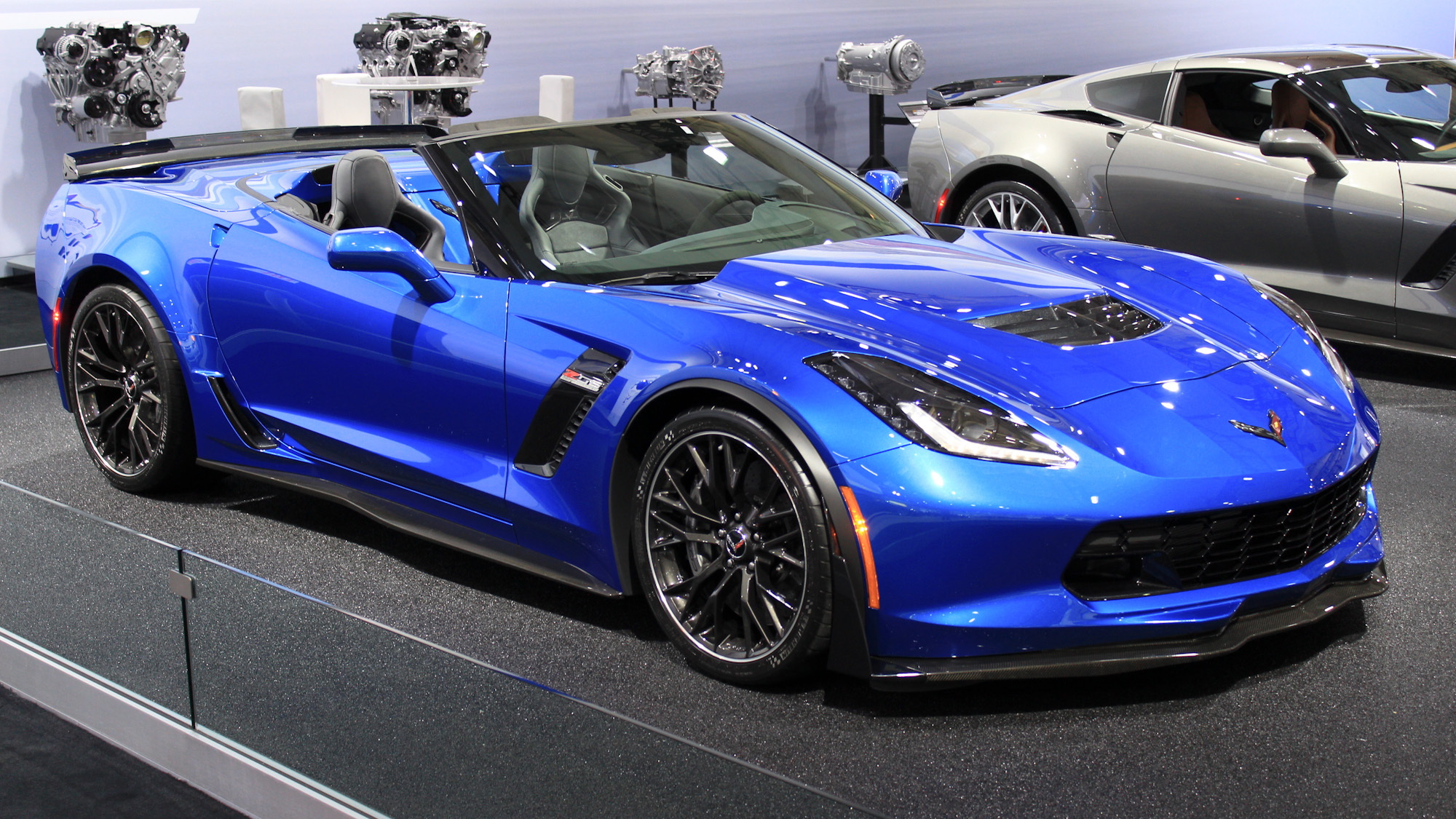 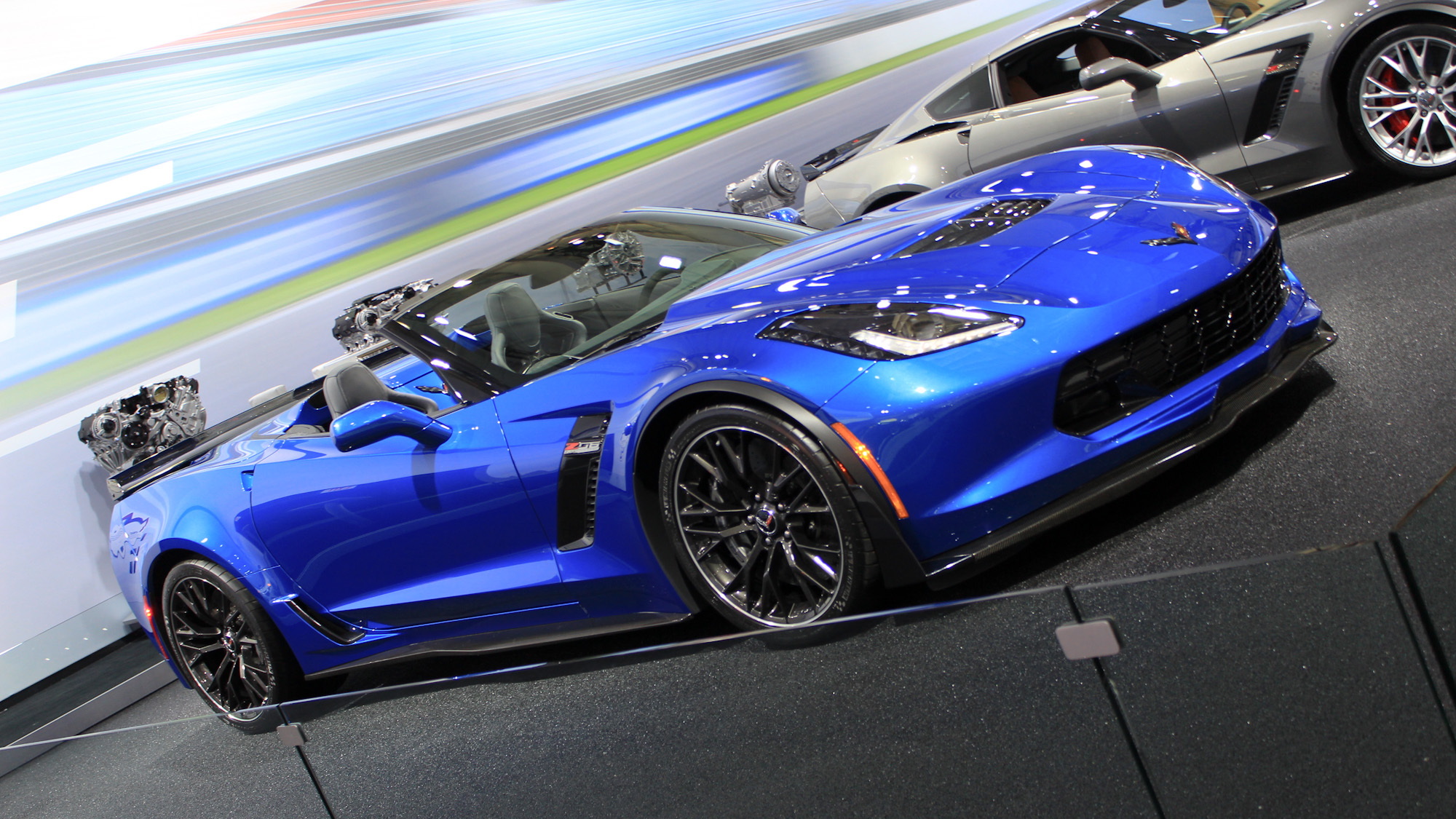 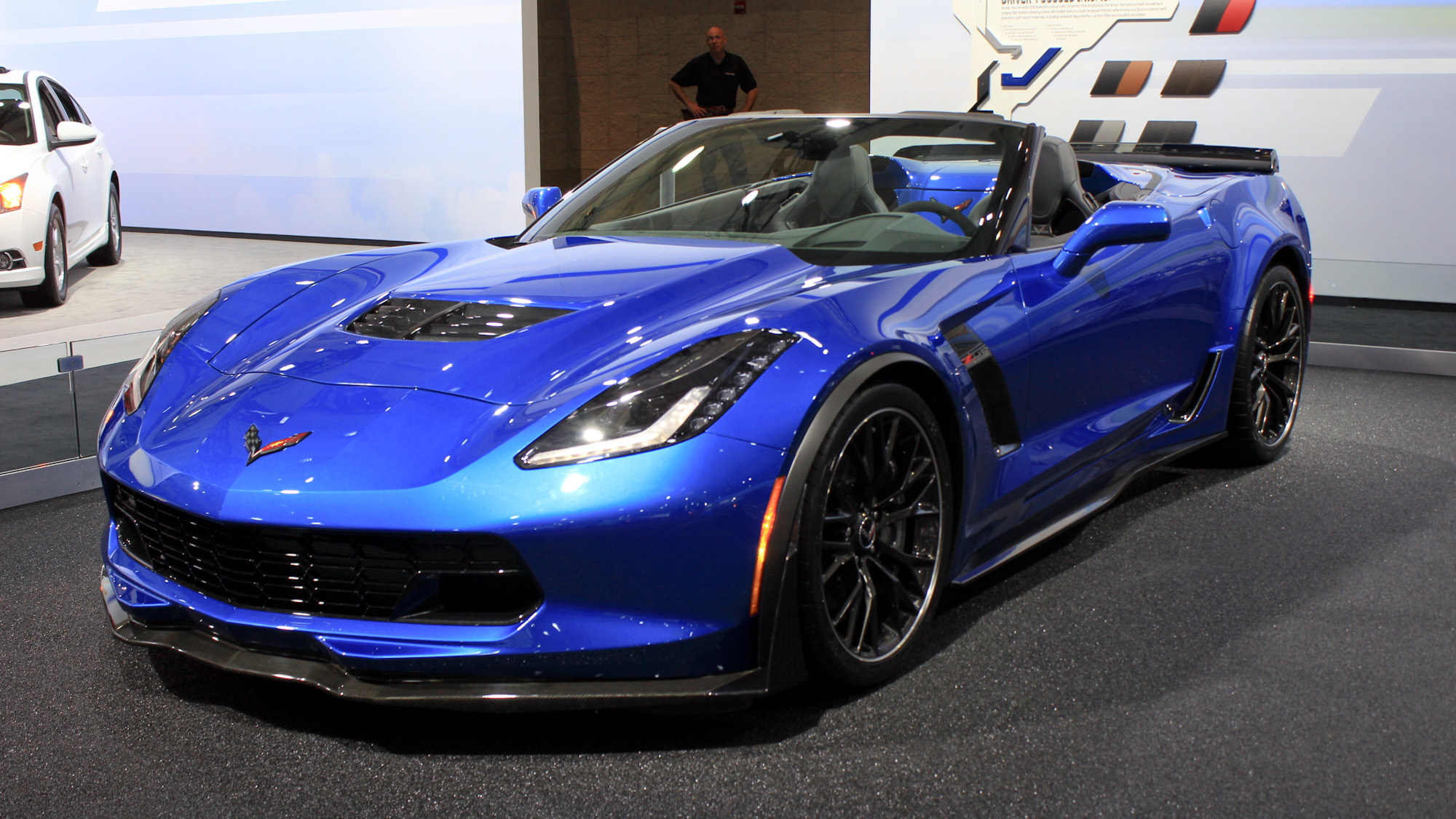 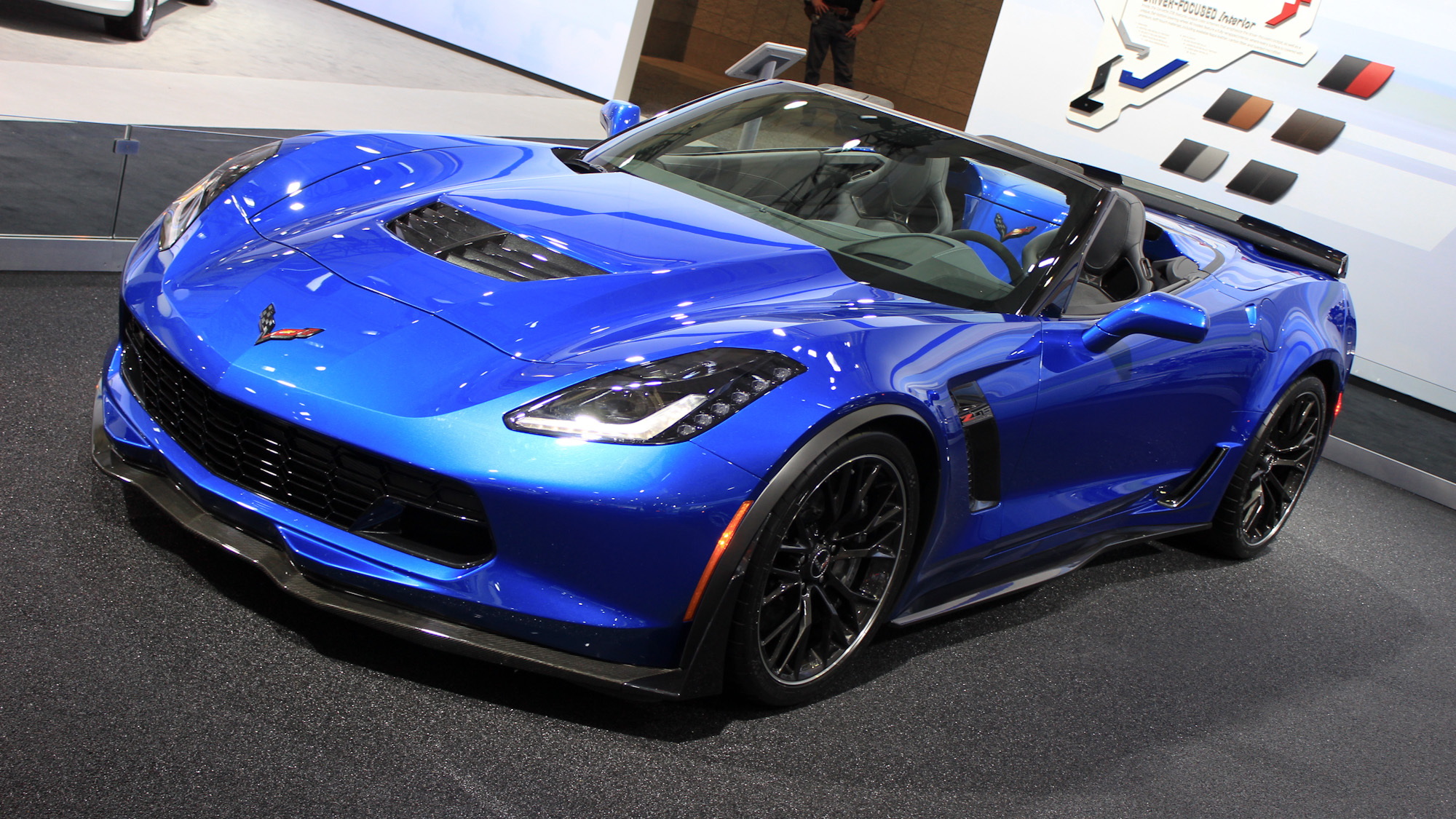 35
photos
General Motors recently pulled the wraps off its 2015 Chevrolet Corvette Z06 Convertible, and the car has now been presented at the 2014 New York Auto Show. It arrives just in time for some spring-time dreaming about top-down driving. Top-down driving with 625 horsepower, that is.

Unfortunately, sales of the car won't start until early next year, but car this special shouldn't be rushed. The all-new Z06 drop top features the same powertrain as the 2015 Chevrolet Corvette Z06, with a supercharged 6.2-liter LT4 V-8 engine that will be able to meter out "at least 625 horsepower and 635 pound-feet of torque" once specifications are locked in. It will be offered up with a seven-speed manual gearbox, but it will also be available with the new eight-speed automatic transmission, which, Chevy has said, shifts faster than Porsche's PDK dual-clutch.

It will be interesting to see how Corvette purists view the idea of a Z06 with a convertible roof. After all, this is the first Z06 Convertible offered from the factory since 1963 when the Z06 option package was introduced for endurance racing. Records show only 199 Corvette orders with a Z06 package back then, including one convertible. Of course, there was 2013’s Corvette 427 Convertible Collector Edition, which featured the mechanicals of the C6 Z06.

But to counter what the purists might say, it's worth pointing to what chief engineer Tadge Juechter noted to us when we took our first drive in the 2014 Corvette Stingray Convertible: that the roof (and even roll hoop) aren't structurally necessary. The C7 Corvette was conceived, designed, and engineered as an open-top car, and the Z06, even with the greater forces, vibration, and torque that its body might be subjected to [ehem].

The car’s aluminum structure is some 20 percent stiffer than the previous, fixed-roof Z06. And because there are no structural reinforcements needed, the Z06 Convertible’s curb weight is nearly identical to the regular Z06. They also share the same chassis tuning and Z07 Performance Package, which adds Brembo carbon-ceramic matrix brakes, Michelin Pilot Sport Cup tires and adjustable front- and rear-aerodynamic components.

Oh yes, it's certain that this newest Z06 variant will offer an amazing driving experience top up or down.


We'll bring you even more live photos and video once the crowds die down. In the meantime, head to our dedicated hub for more 2014 New York Auto Show coverage.