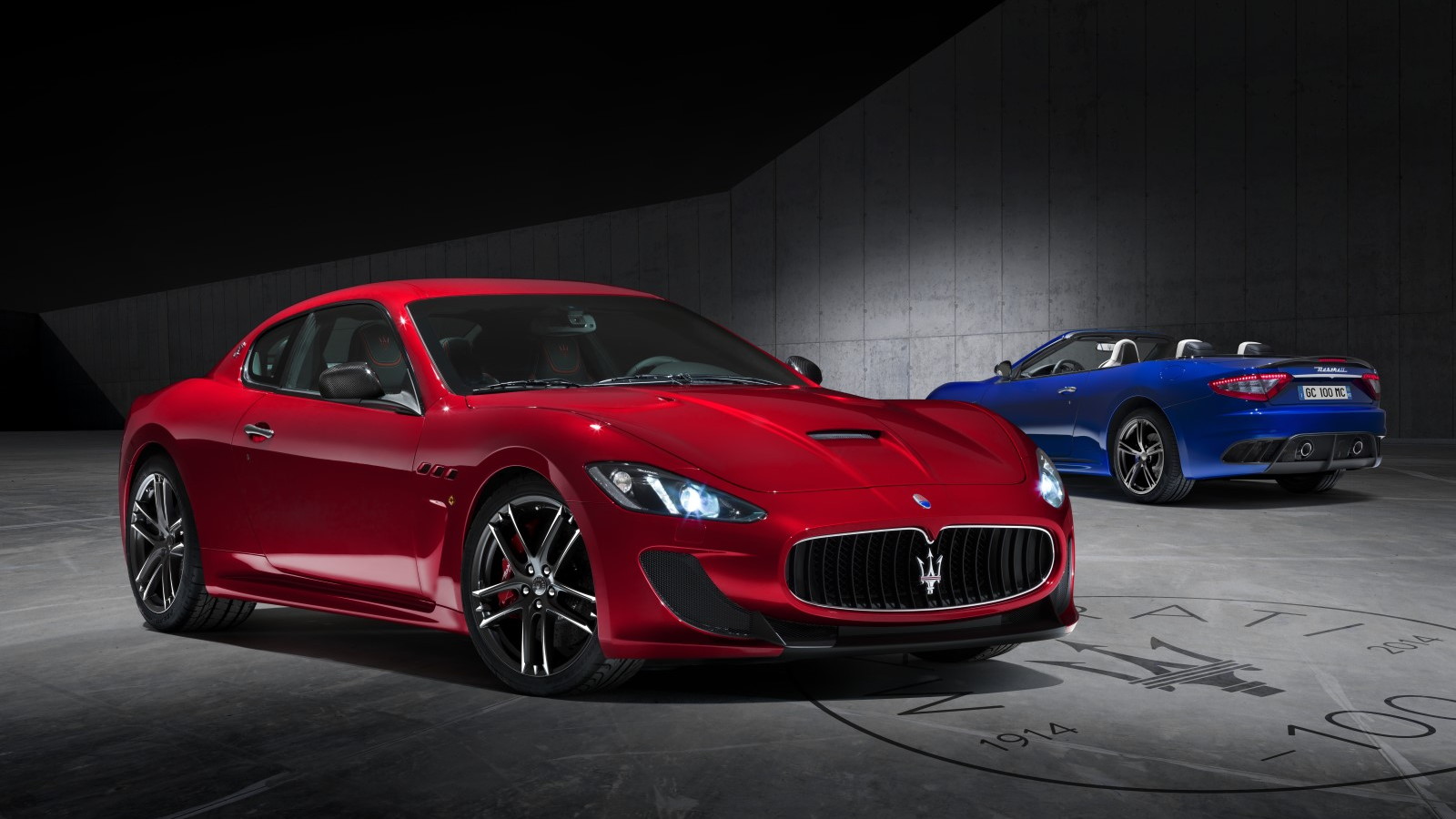 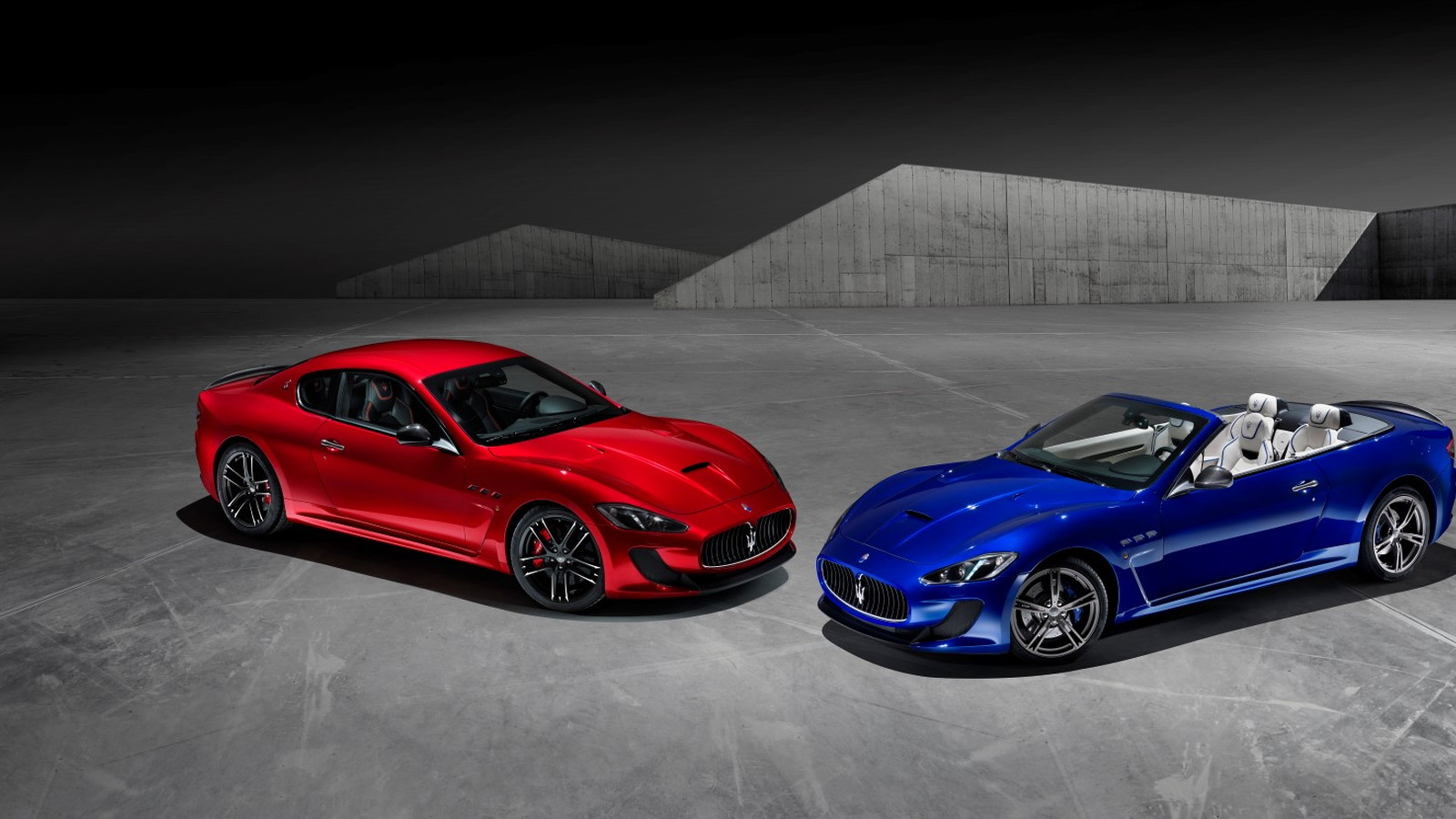 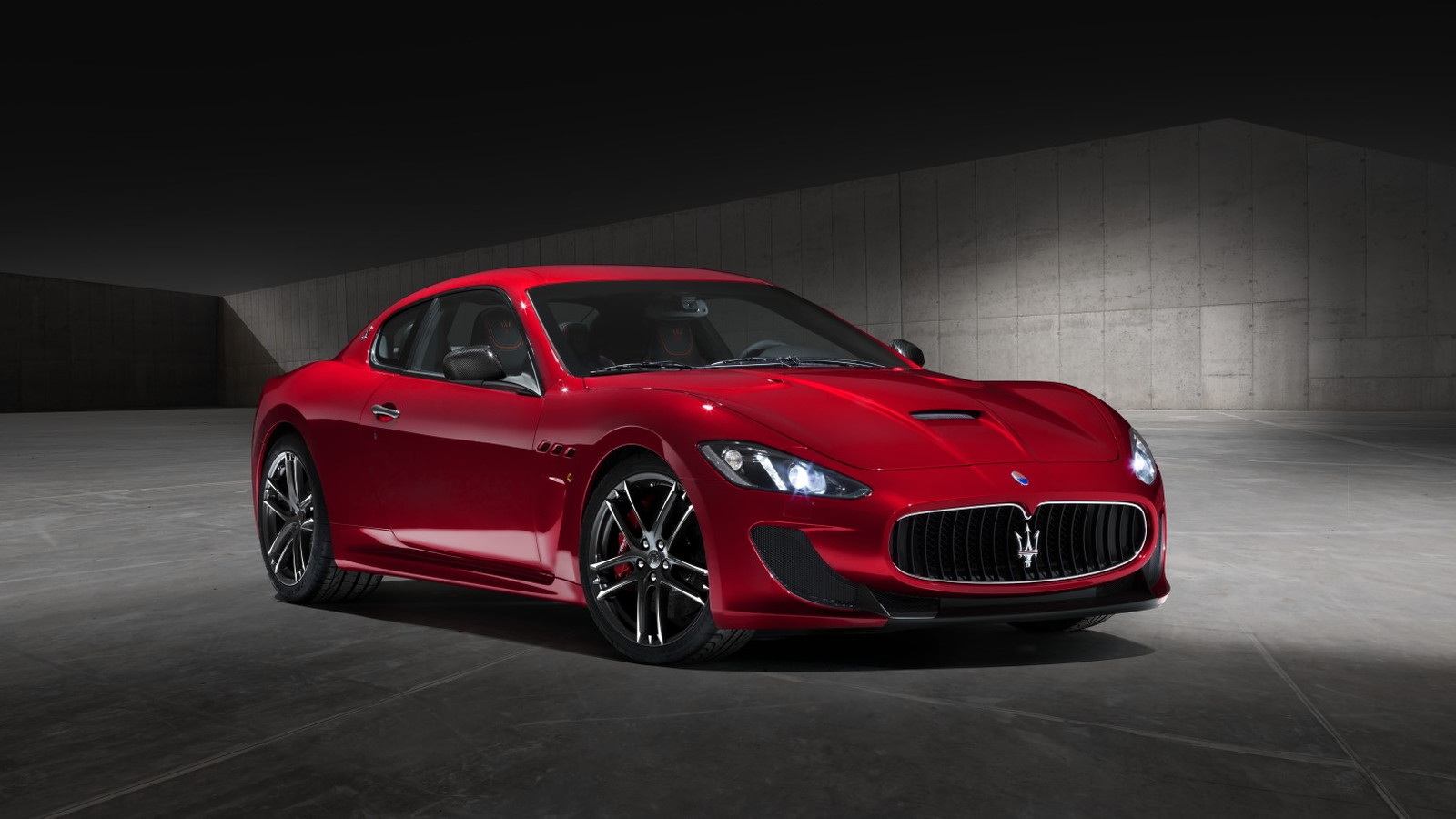 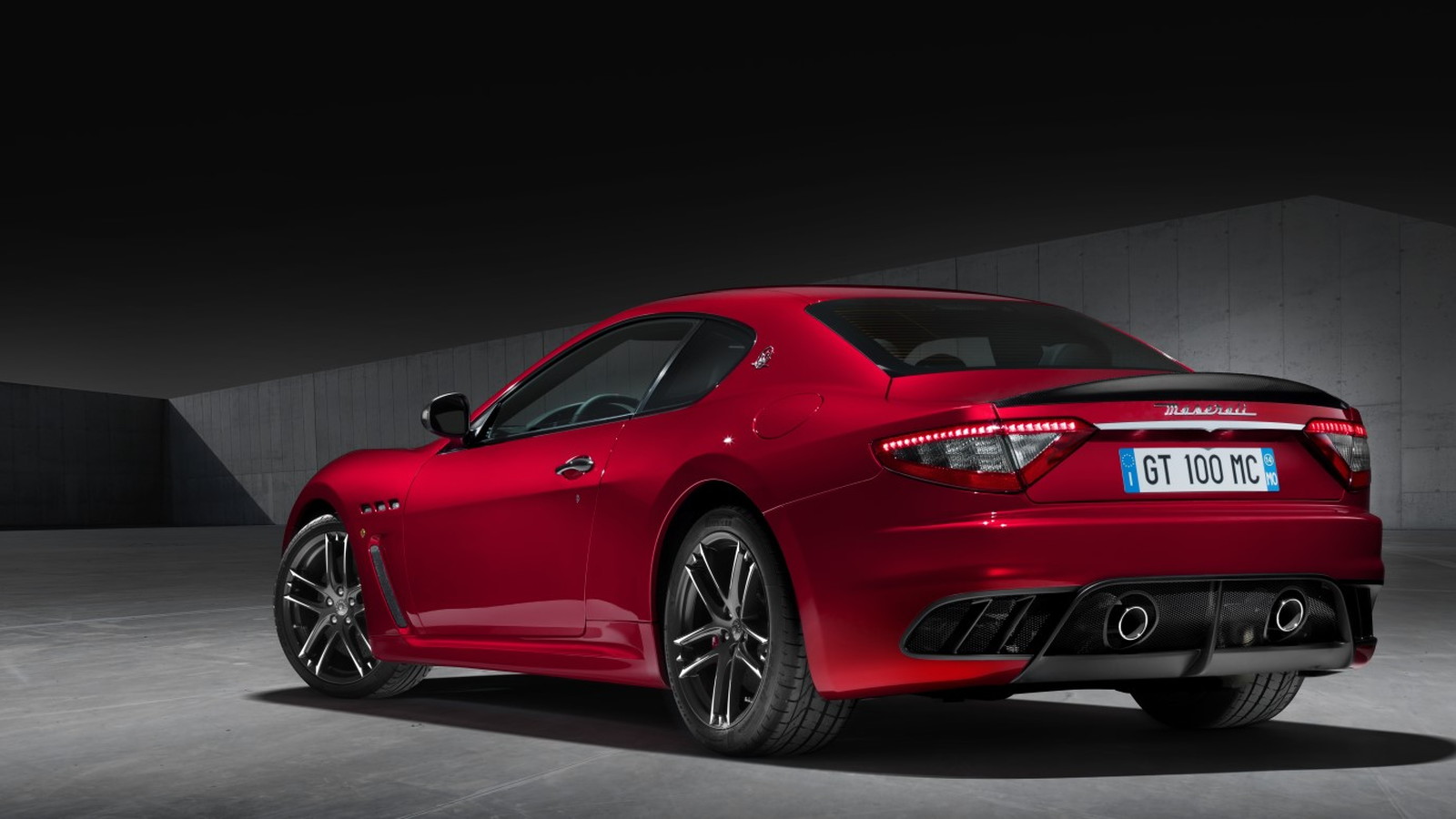 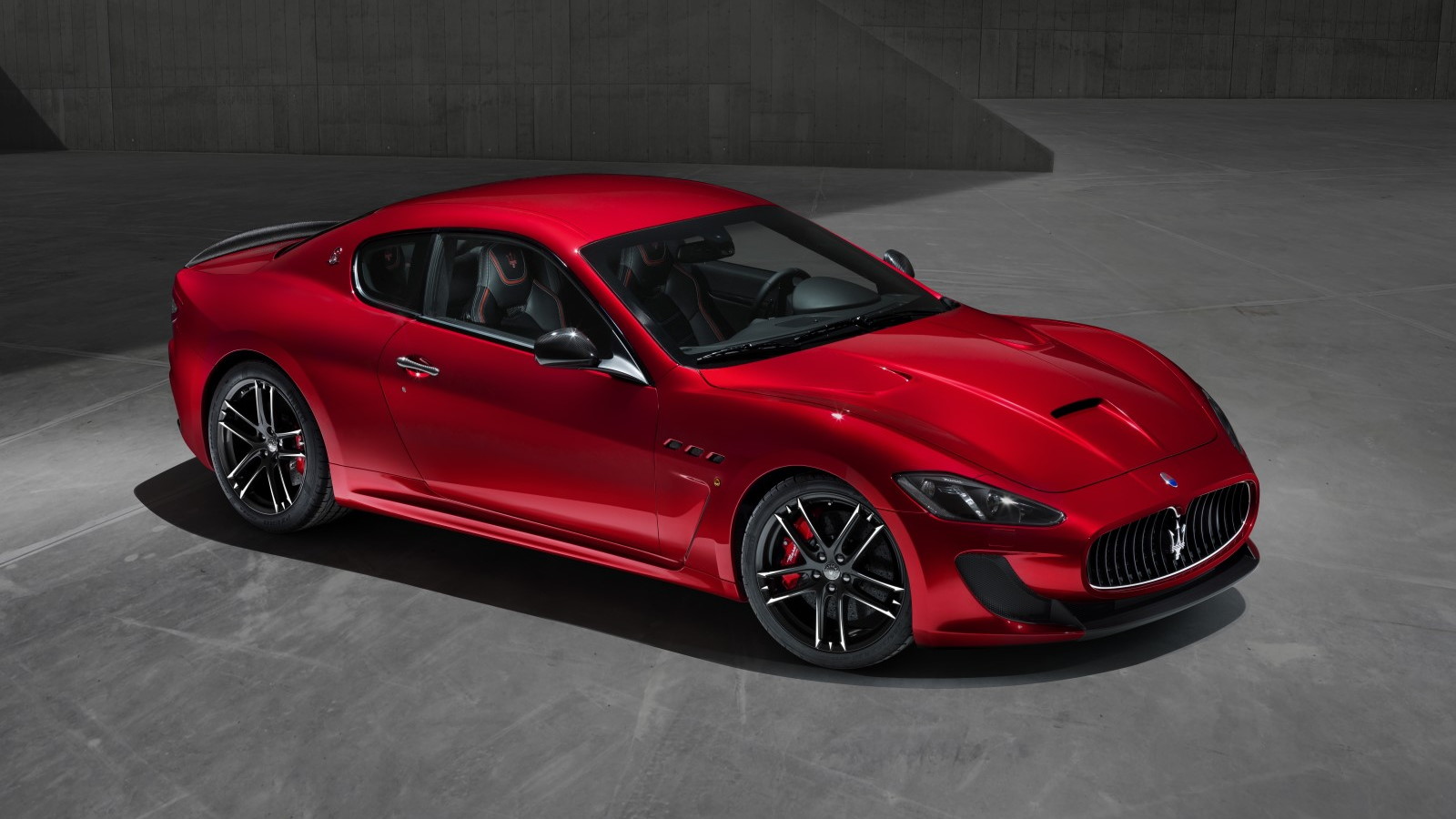 32
photos
This year marks Italian sports car maker Maserati's hundredth year, and as well as ongoing celebrations the company has unveiled two Centennial models in the GranTurismo range. On show this week at the 2014 New York Auto Show, the GranTurismo and GranCabrio Centennial each receive a host of special features to differentiate them from 'regular' versions.

Most notable at a glance are the new color schemes. Shown here on the GranTurismo coupe is a three-layer Magma red, while the GranCabrio convertible wears Inchiostro blue--colors inspired by Maserati's famous badge, and the firm's founding town of Bologna. Each car is also available in four other standard shades, while your choice of Maserati's colors is also reflected in red, white and blue seat and dashboard details, and embroidered Maserati logos on the headrests.

Seat stitching mimics that of the car's special Centennial wheel centers--the latter available in either matte Smoke gray or Charcoal gray. Contrasting white leather is available in the convertibles, while coupes get a mean and moody black interior scheme. You'll also find carbon fiber inserts on the dashboard and seat surrounds, metal-finished pedals, and Maserati's special Centennial logo embossed in the kick plates.

Motive power is from the same source as ever: Maserati's sonorous 454-horsepower, 4.7-liter V-8 engine. Both vehicles use a 6-speed ZF automatic transmission as standard, and liberal use of engine and gearbox will eventually take you to 185 mph. Dual-cast Brembo brakes bring you down to saner velocities, and sport-tuned Maserati Centennial suspension is standard on each car. Sales are set to begin in July 2014.