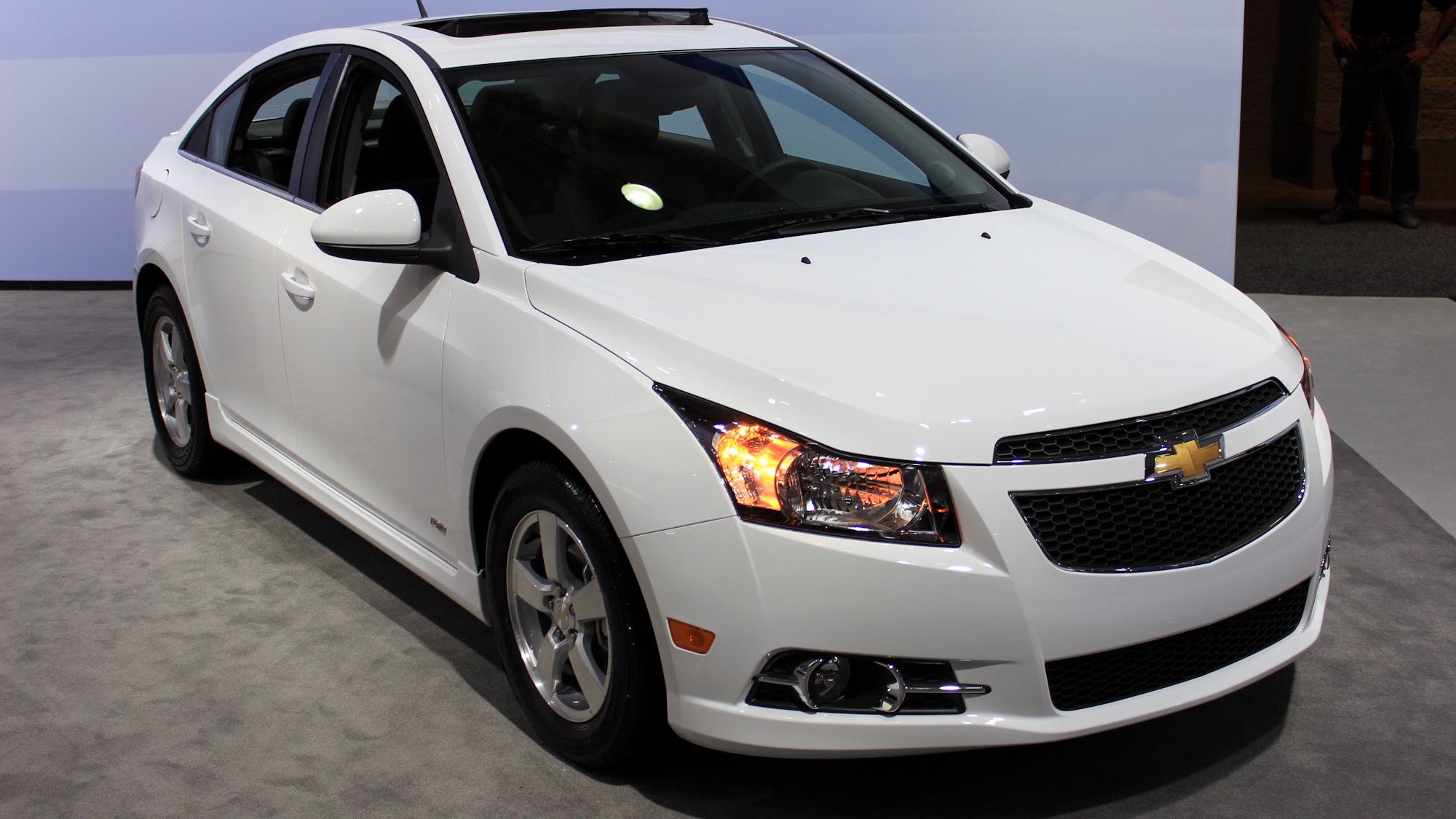 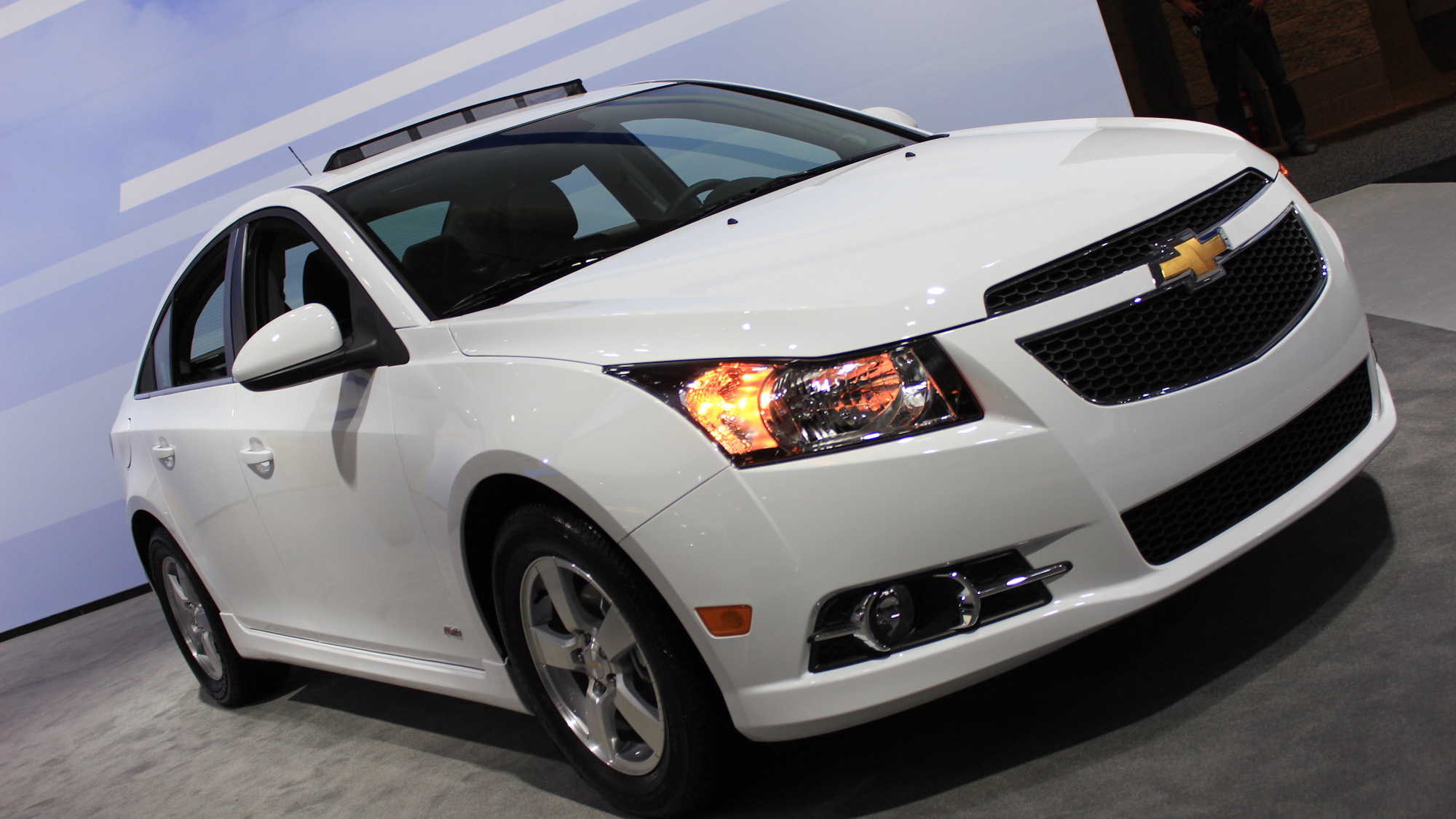 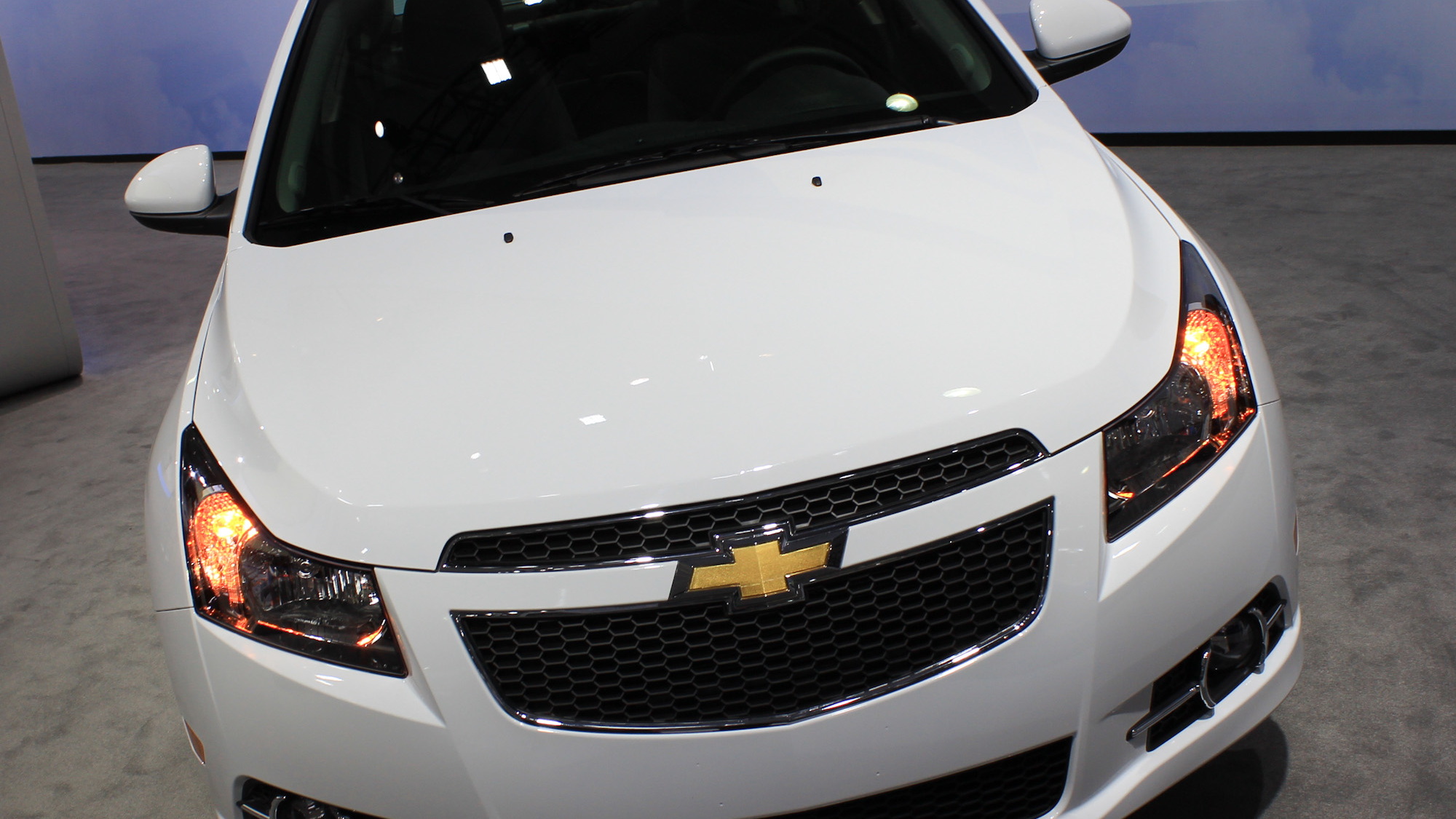 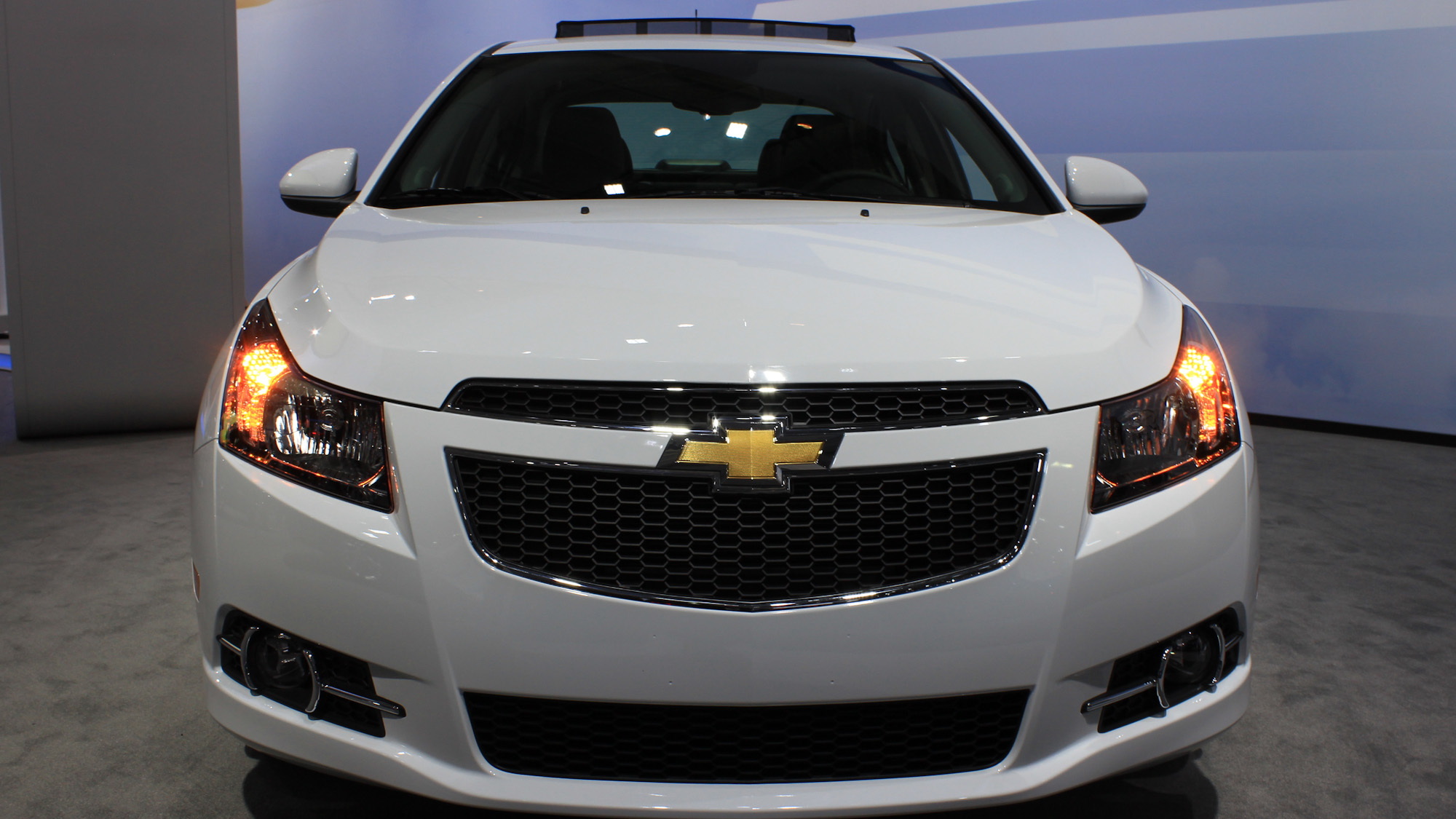 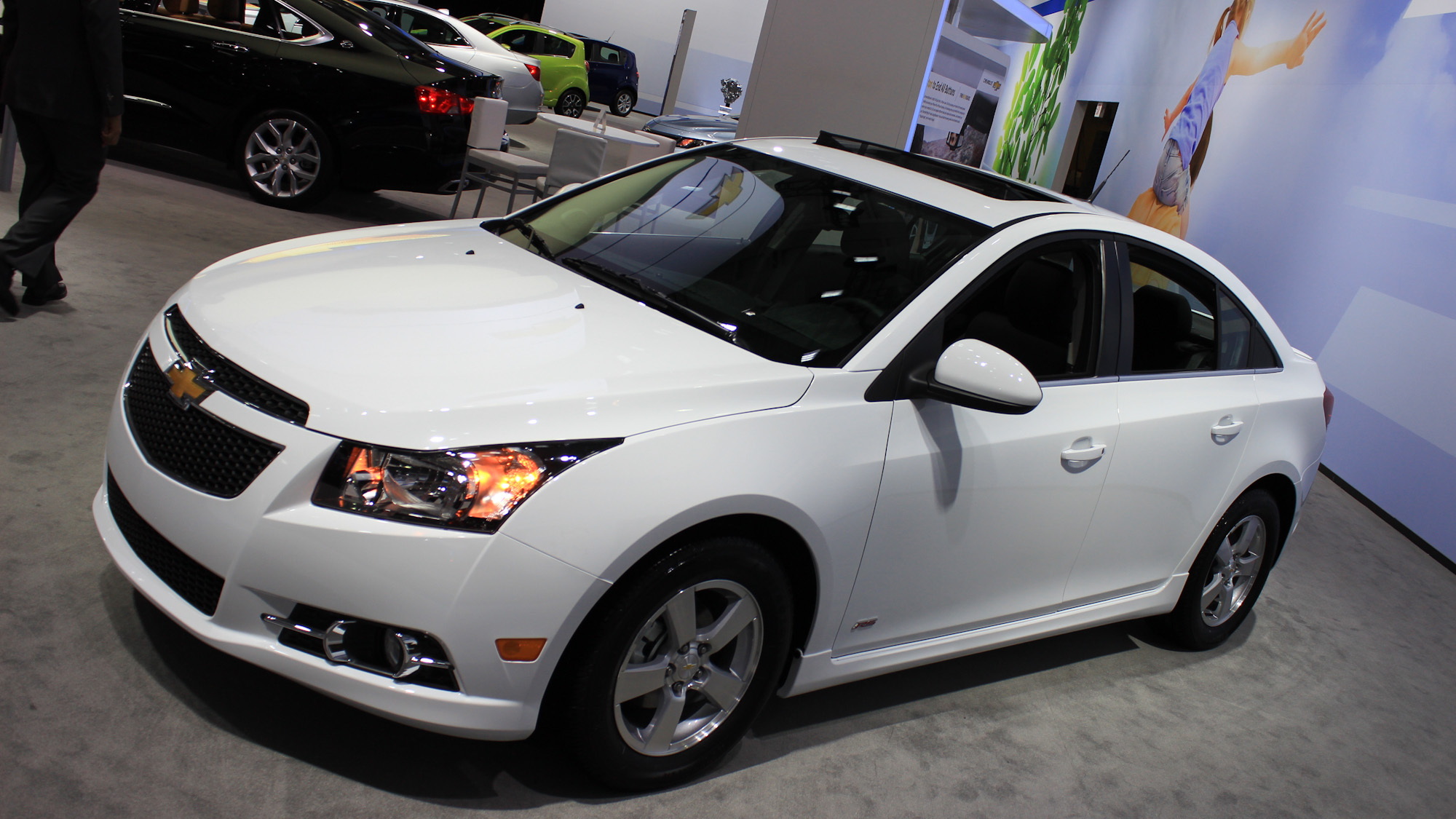 23
photos
Chevrolet is working on a new generation of its Cruze compact for the 2016 model year, a car that has already been revealed in its Chinese market specification and is due locally sometime next year. But going on sale this fall as a 2015 model will be an updated version of the current Cruze, which has been revealed ahead at the 2014 New York Auto Show taking place this week.

The Cruze is Chevy’s best-selling model worldwide, with more than 2.5 million finding buyers since launching in 2009, but with the Ford Focus receiving an update for 2015 and Volkswagen’s new Golf about to land, the aging Cruze will be up against some stiff competition. To keep sales brimming, Chevy has added revised exterior styling and more connectivity options--including new Text Message Alerts, Apple Siri integration and OnStar 4G LTE with available Wi-Fi hotspot.

The changes to the styling are mostly at the front of the car, which borrows styling cues from the larger Malibu and Impala models. The headlights are new, and Chevy will be offering some new exterior colors too. Only a few minor tweaks have been made to the interior, such as the addition of new cupholders and relocation of the trunk release to the center console and door lock switches to the front doors.

The big news is the enhanced connectivity and convenience features. These includes a new Text Message Alerts feature for smartphone users with Bluetooth profile (M.A.P.), which reads incoming texts through the vehicle’s speakers, and Siri Eyes Free for iPhone iOS 6 and iOS 7 uses. Each enables voice-controlled connectivity, to help keep phones in pockets and hands on the wheel.

Then there’s the available OnStar 4G LTE with Wi-Fi hotspot, offering high-speed data connection for the cabin. Each vehicle can accommodate seven devices at one time. Finally, the new “Chevrolet AppShop” will be available for the 2015 Cruze, allowing owners to download custom apps directly to the vehicle, then organize, update or delete them as needed. Available apps connect drivers to vehicle data, music, news, weather, travel information and more.


No changes have been made to the powertrain lineup, which means three engine options: turbocharged 1.4-liter and conventional 1.8-liter gasoline engines, plus a 2.0-liter turbodiesel. The diesel is the most fuel efficient, delivering an EPA-rated 46 mpg on the highway and a driving range of up 717 miles.

For safety, the 2015 Cruze comes with 10 air bags as standard, and buyers can add additional safety features such as blind spot and rear cross traffic warning systems, rear park assist and a rearview camera. Sales of the full range, including LS, LT, RS and LTZ models plus the fuel-efficient Cruze Eco and Cruze Diesel, begin this fall.