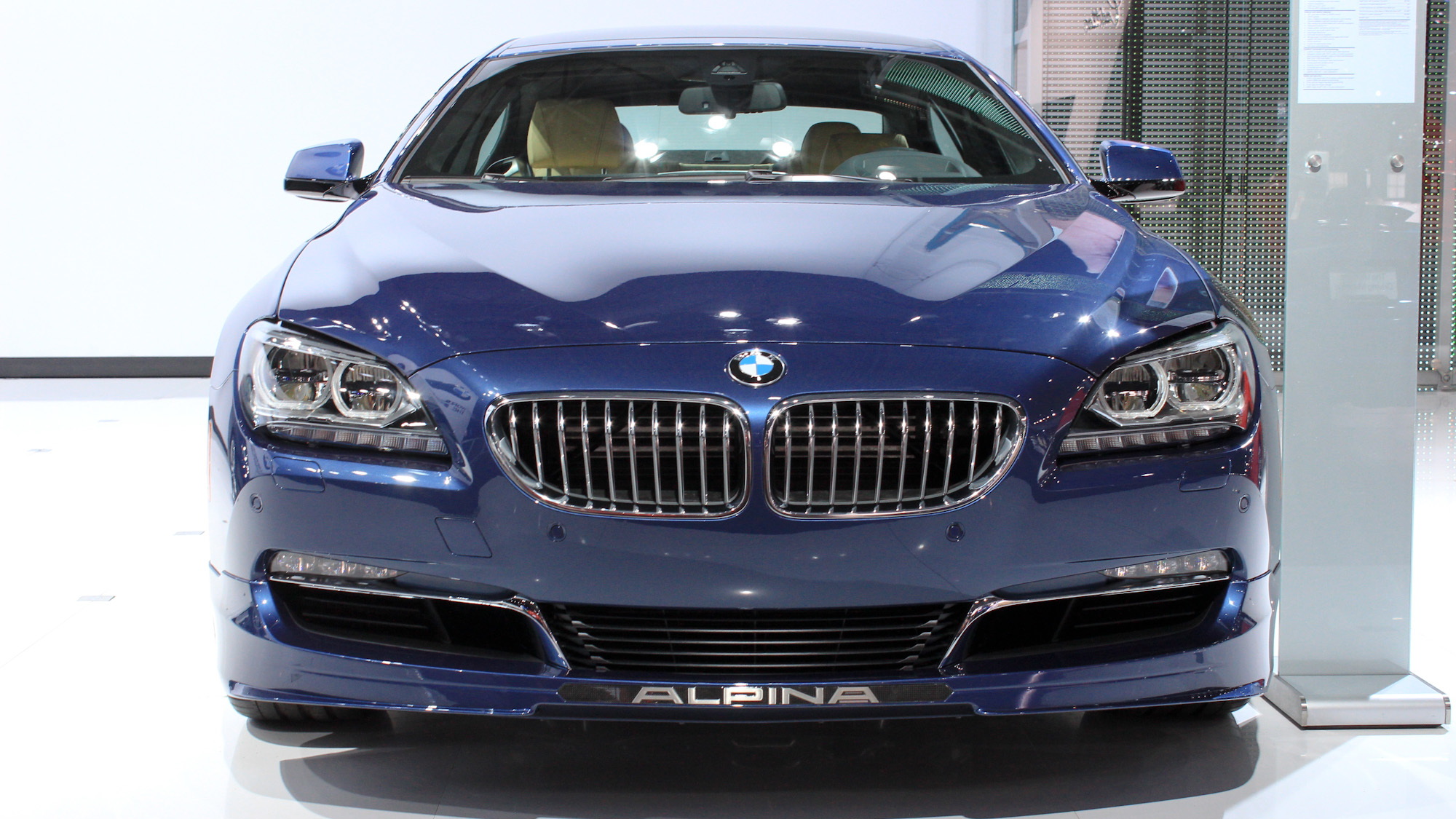 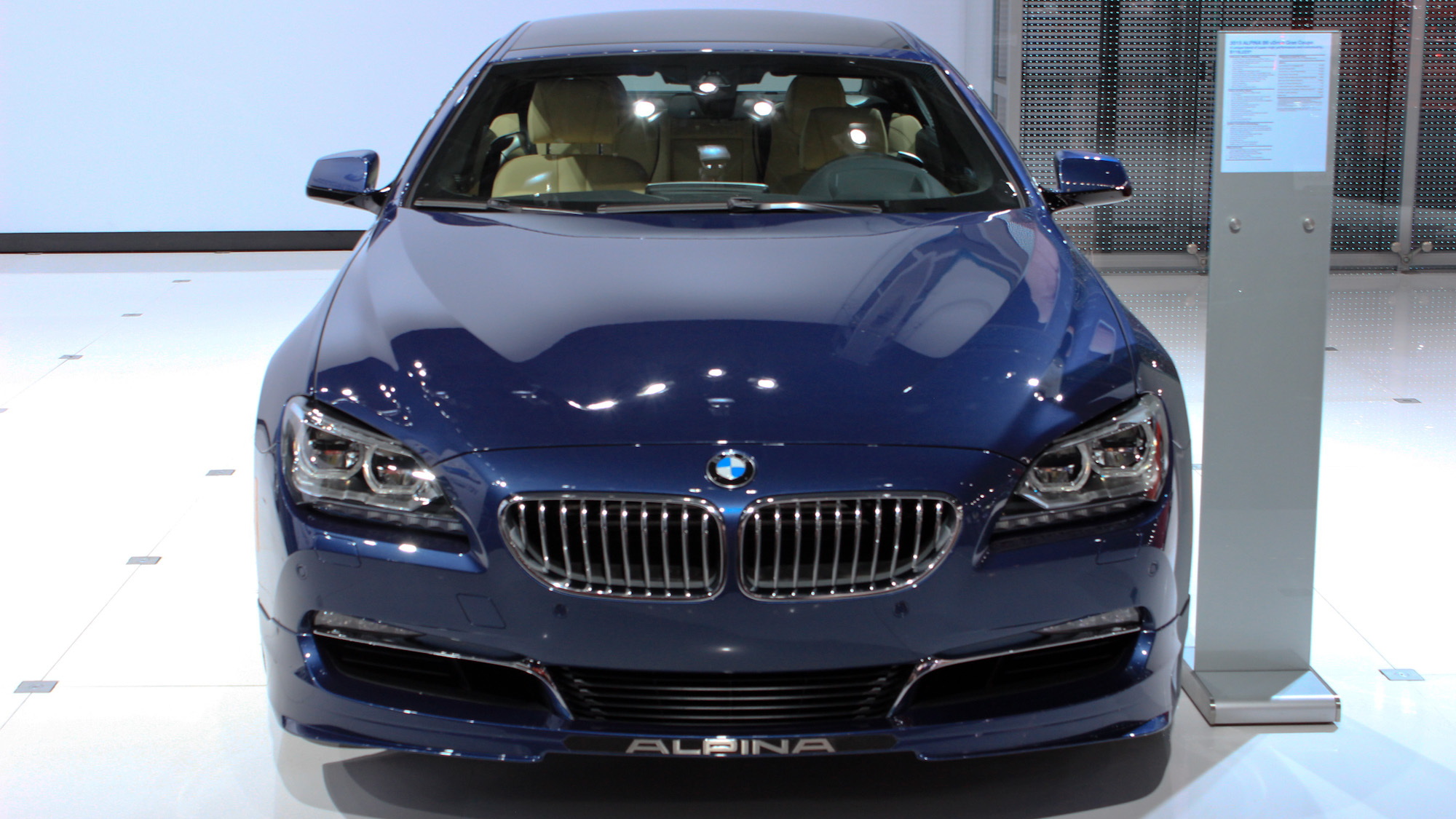 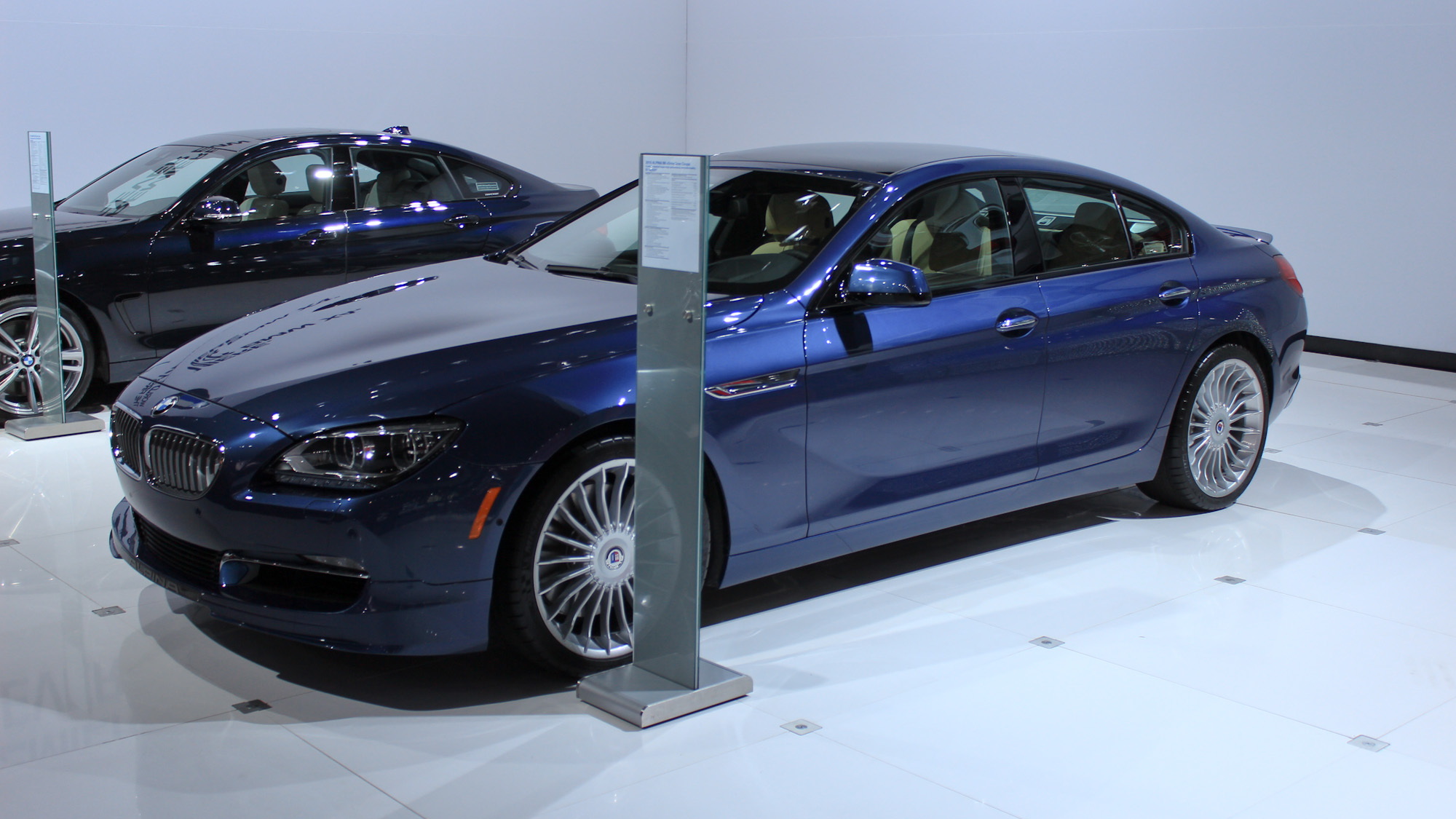 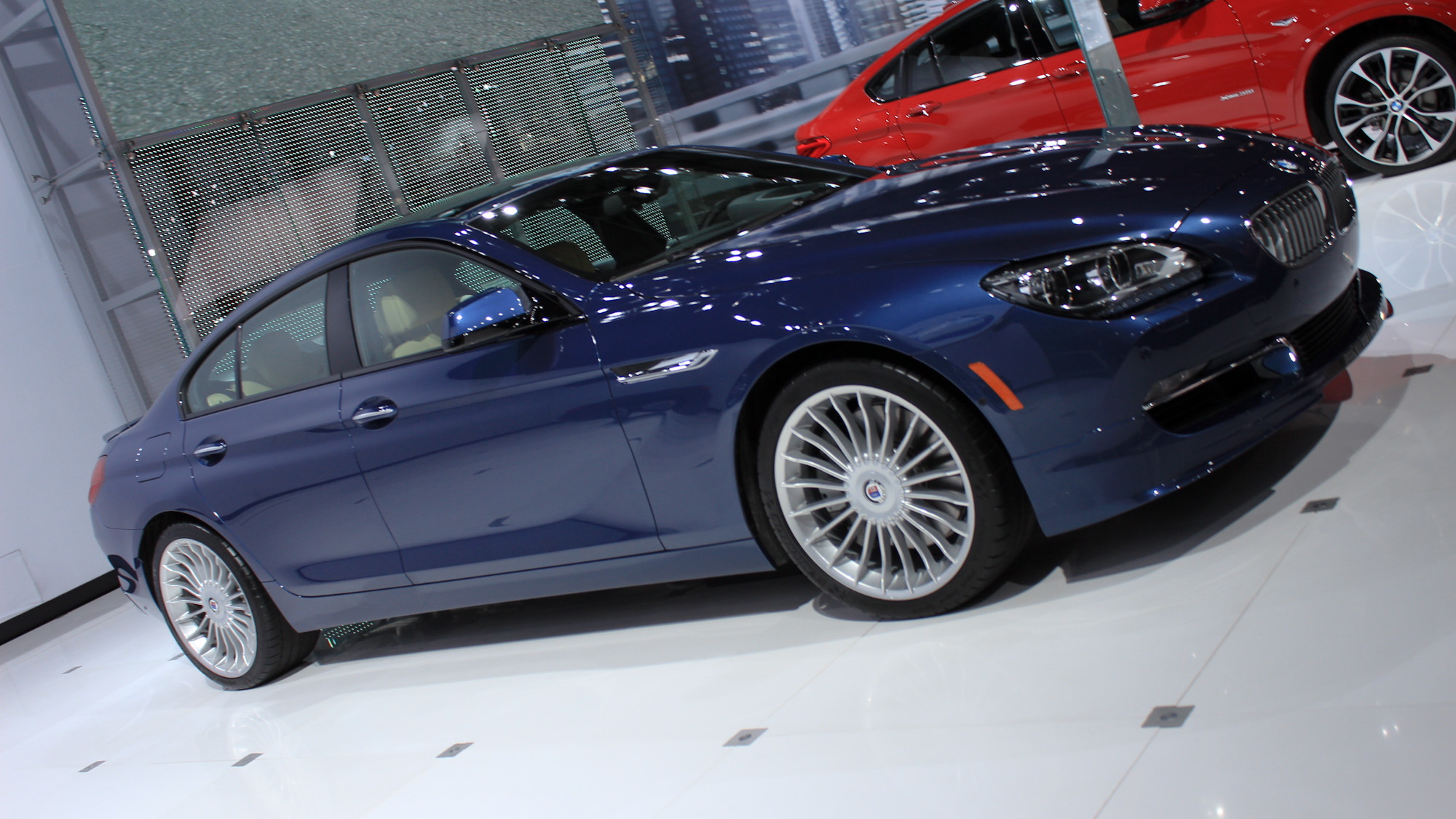 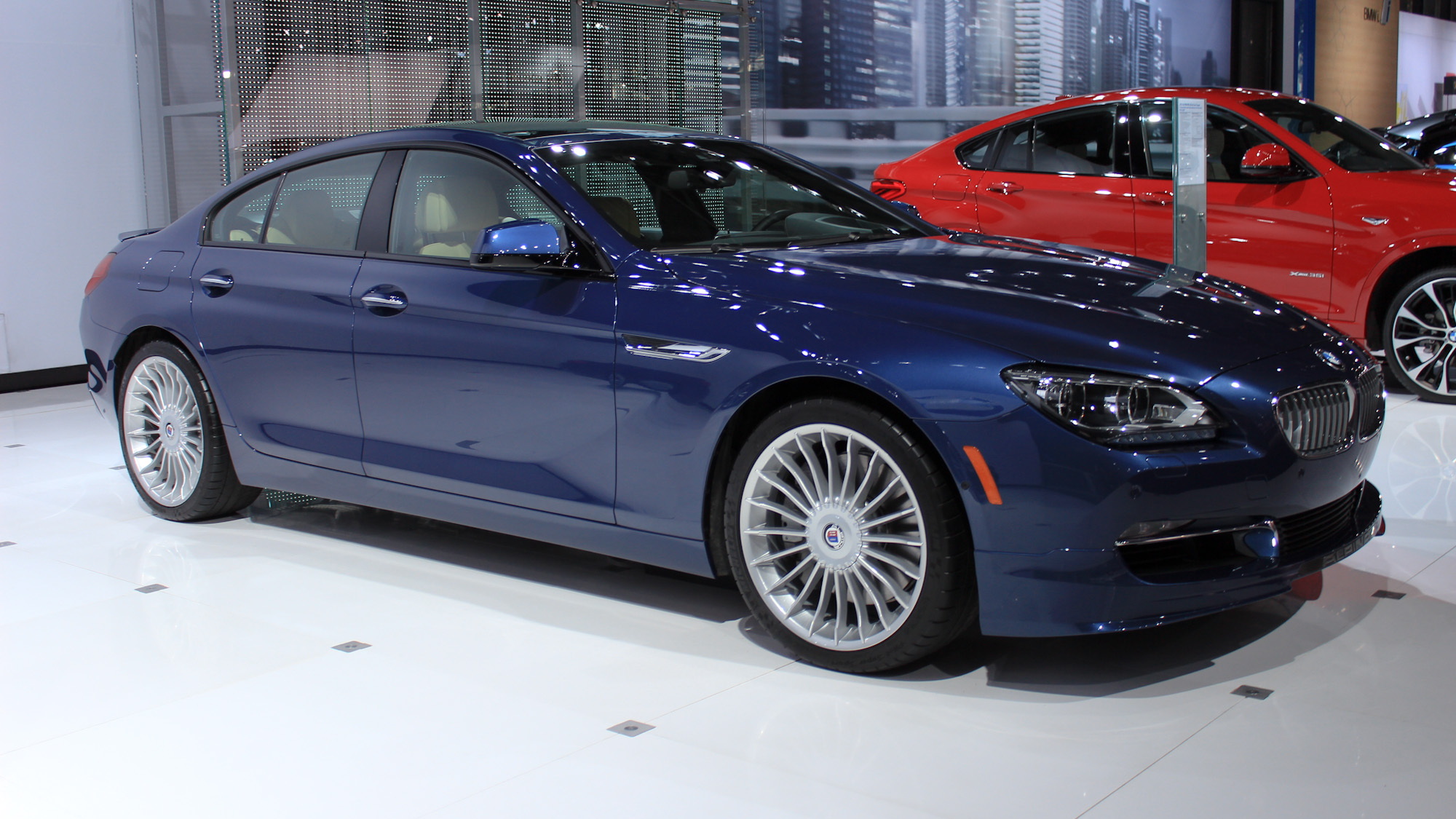 38
photos
The U.S. is about to get its second BMW Alpina model in the form of the 6-Series-based 2015 BMW Alpina B6 xDrive Gran Coupe, which made its world debut this week at the 2014 New York Auto Show. Alpina is a semi-official BMW tuner based in the German automaker’s home state of Bavaria and already sells a high-performance version of the 7-Series locally.

Following the debut in New York, Alpina’s new B6 xDrive Gran Coupe model will now head to showrooms, priced from $118,225 including a $925 destination. That’s comparable with pricing of BMW’s more powerful M6 Gran Coupe, but the Alpina comes with all-wheel drive so may appeal more to buyers in northern states. Alpinas are also a tad more exclusive than your typical M model.

Power in the B6 xDrive Gran Coupe comes from the 4.4-liter V-8 engine fitted to the 650i Gran Coupe, but a series of modifications including a custom twin-turbocharging system lifts output to 540 horsepower and 540 pound-feet of torque. For reference, the stock 650i is producing 445 hp while a stock M6 produces 560 hp (575 hp with a Competition Package), placing the Alpina in between.

Thanks to the added traction of its all-wheel-drive system and a modified eight-speed auto, the Alpina is actually the quickest off the line, at least on paper. The B6 xDrive Gran Coupe is said to accelerate from 0-60 mph in just 3.7 seconds. Top speed is listed at 198 mph.

Note, Alpina used last month’s 2014 Geneva Motor Show to introduce its new B4 Biturbo Cabrio based on the latest BMW 4-Series Convertible. Featuring the same setup as the B4 Biturbo coupe, the new convertible generates 410 horsepower and 442 pound-feet of torque from an uprated version of BMW’s 3.0-liter straight-six engine. This model accelerates to 60 mph from rest in about 4.5 seconds and reaches a top speed in excess of 186 mph. Unfortunately, there are no plans to offer it in the U.S. market at this point.