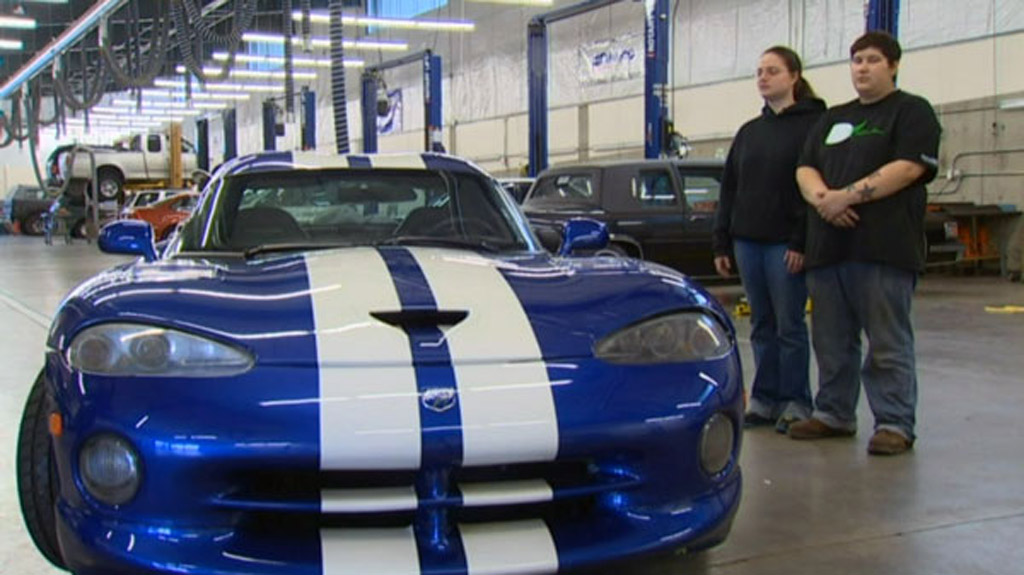 Though it might be hard to believe, Chrysler has ordered 93 original Dodge Vipers that were donated to schools and community colleges around the country for educational purposes to be destroyed. A handful of these rare American icons have already been crushed, as evidenced in the videos below, and it looks like Chrysler is determined to see the rest end up the same way.

Perhaps one of the rarest is this blue 1992 Viper pre-production unit with VIN #4, which was donated to South Puget Sound Community College in Olympia, Washington. Yes, we’re talking about one of the very first Vipers to ever be built, and Chrysler wants it flattened like a pancake. This, despite it having an estimated $250,000 value and some of the most avid car collectors keen for it, including Jay Leno who reportedly had an offer for it turned down by Chrysler during the 1990s.

South Puget Sound College Professor Norm Chapman revealed to KING that he recently received an email from Chrysler ordering the destruction of the entire educational Viper fleet. He said the ostensible reason is that two of the 93-car fleet, none of which are allowed to be driven in public since they aren't certified, were involved in accidents and the liability costs for Chrysler have run into the millions of dollars. Chrysler is responsible for the cars since it still officially owns them.

Petitions have been set up to help save the cars but there may not be much chance of that happening as the cars need to be crushed within the next two weeks. We must admit this is very sad news, especially considering the pain inflicted by the eight rare Corvettes from the National Corvette Museum that were swallowed by a sinkhole last month. General Motors is going to great lengths to recover the cars and have them fully restored. Hopefully some of these rare Vipers can be rescued too.

Approximately 10 years ago, Chrysler Group donated a number of Dodge Viper vehicles to various trade schools for educational purposes.  As part of the donation process, it is standard procedure -- and stipulated in our agreements -- that whenever vehicles are donated to institutions for education purposes that they are to be destroyed when they are no longer needed for their intended educational purposes.

With advancements in automotive technology over the past decade, it is unlikely that these vehicles offer any educational value to students. Chrysler Group fully understands and appreciates the historical significance of the Viper and is very active in preserving many of its legendary models and designs for historic purposes however, none of these vehicles fit into this category.

Chrysler Group has no record of any legal proceedings involving Dodge Viper vehicles donated to educational institutions being involved in accidents and product liability lawsuits.]

We’ll bring you further updates as we learn more about the fate of these rare cars. In the meantime, watch the videos below... if you have the stomach for it.

Thanks Brian for sending in the tip!