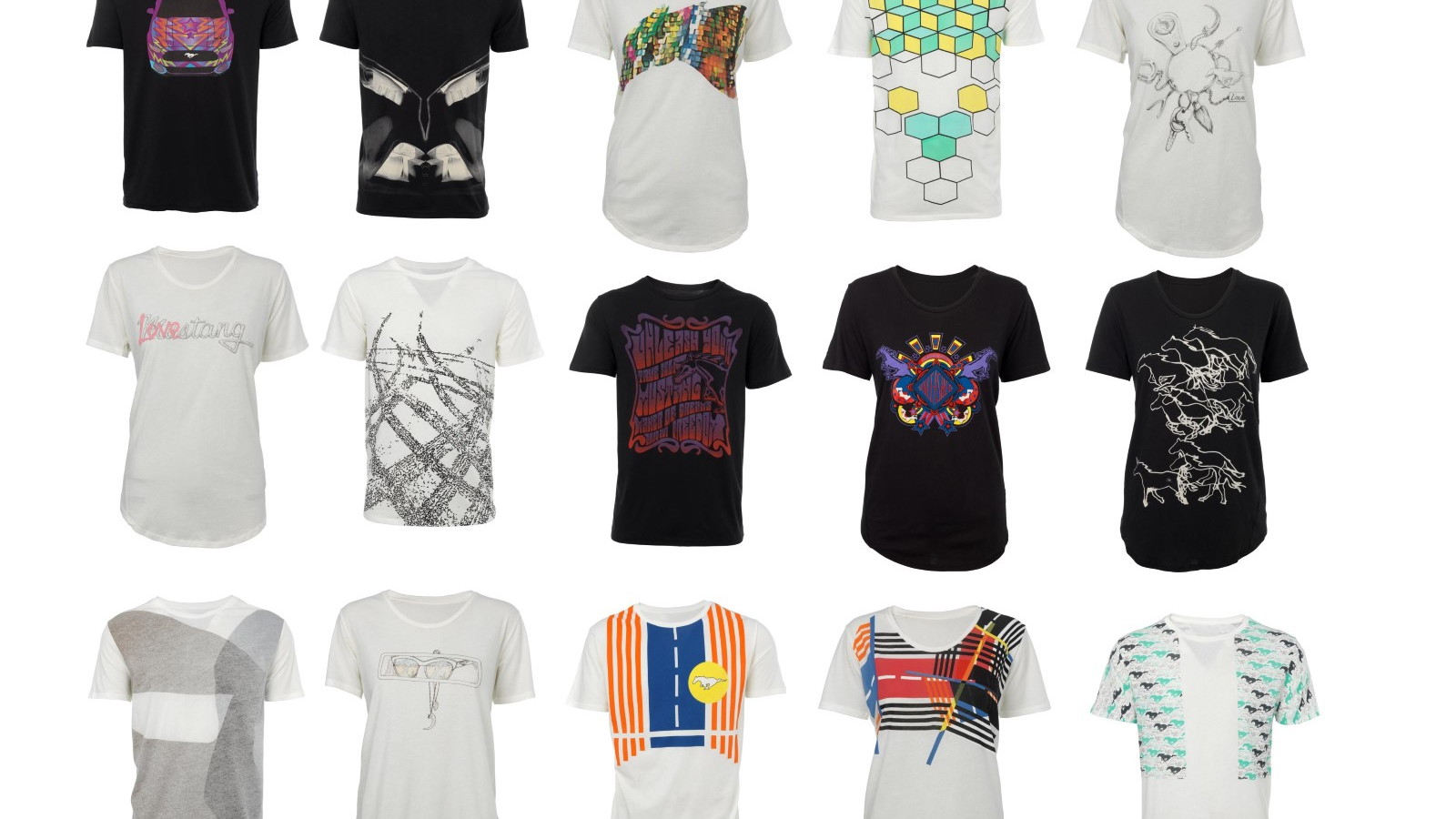 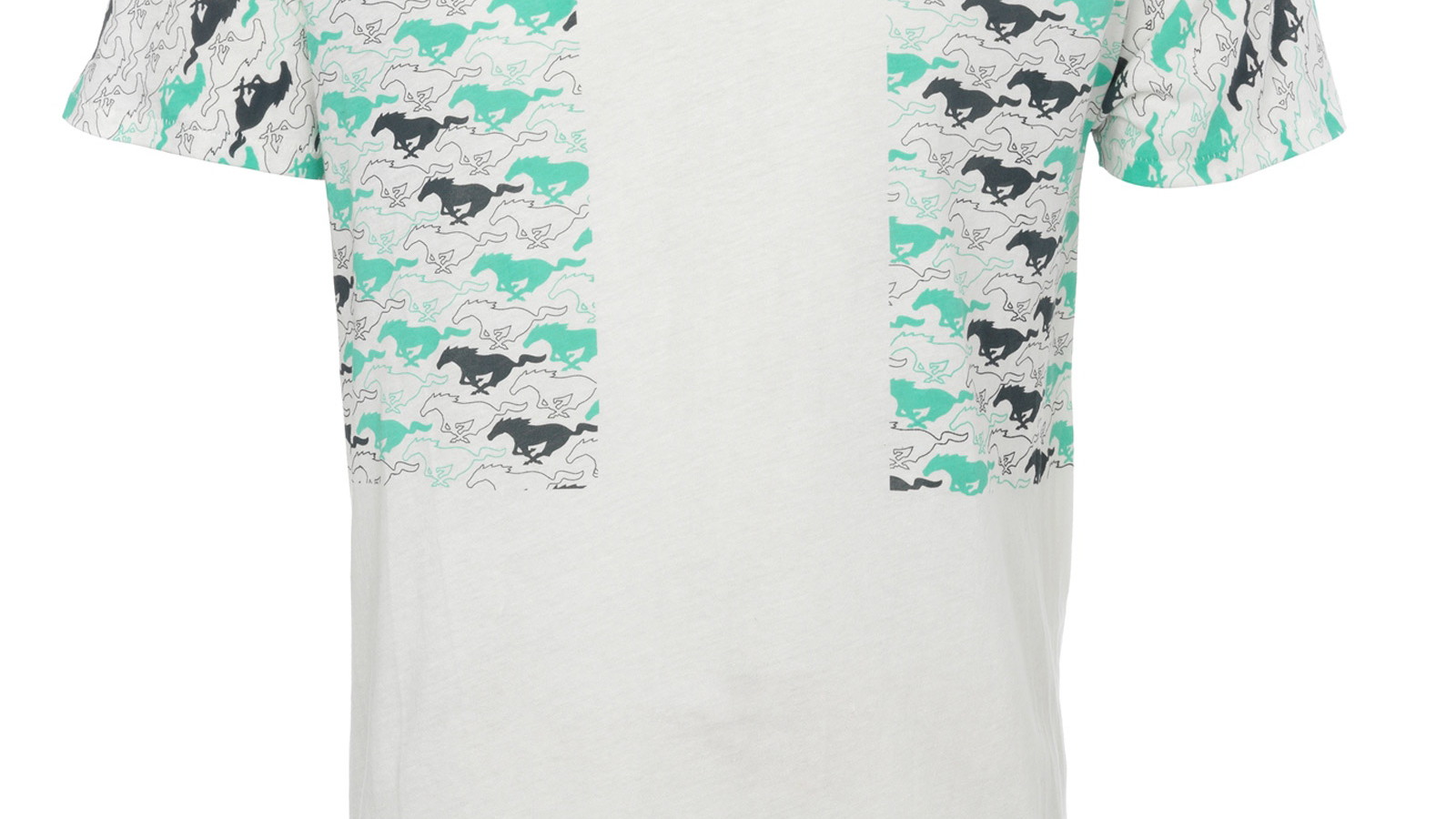 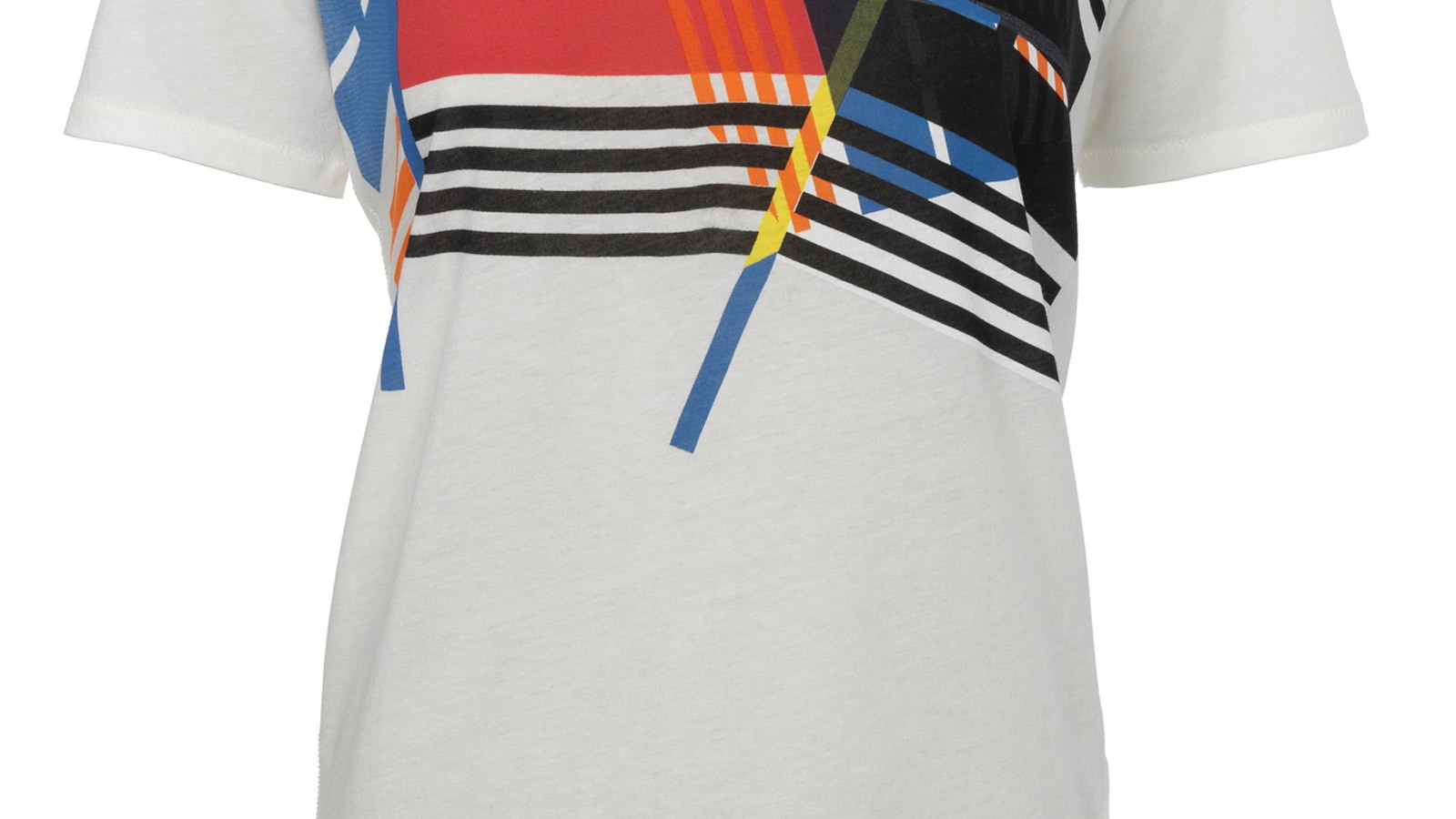 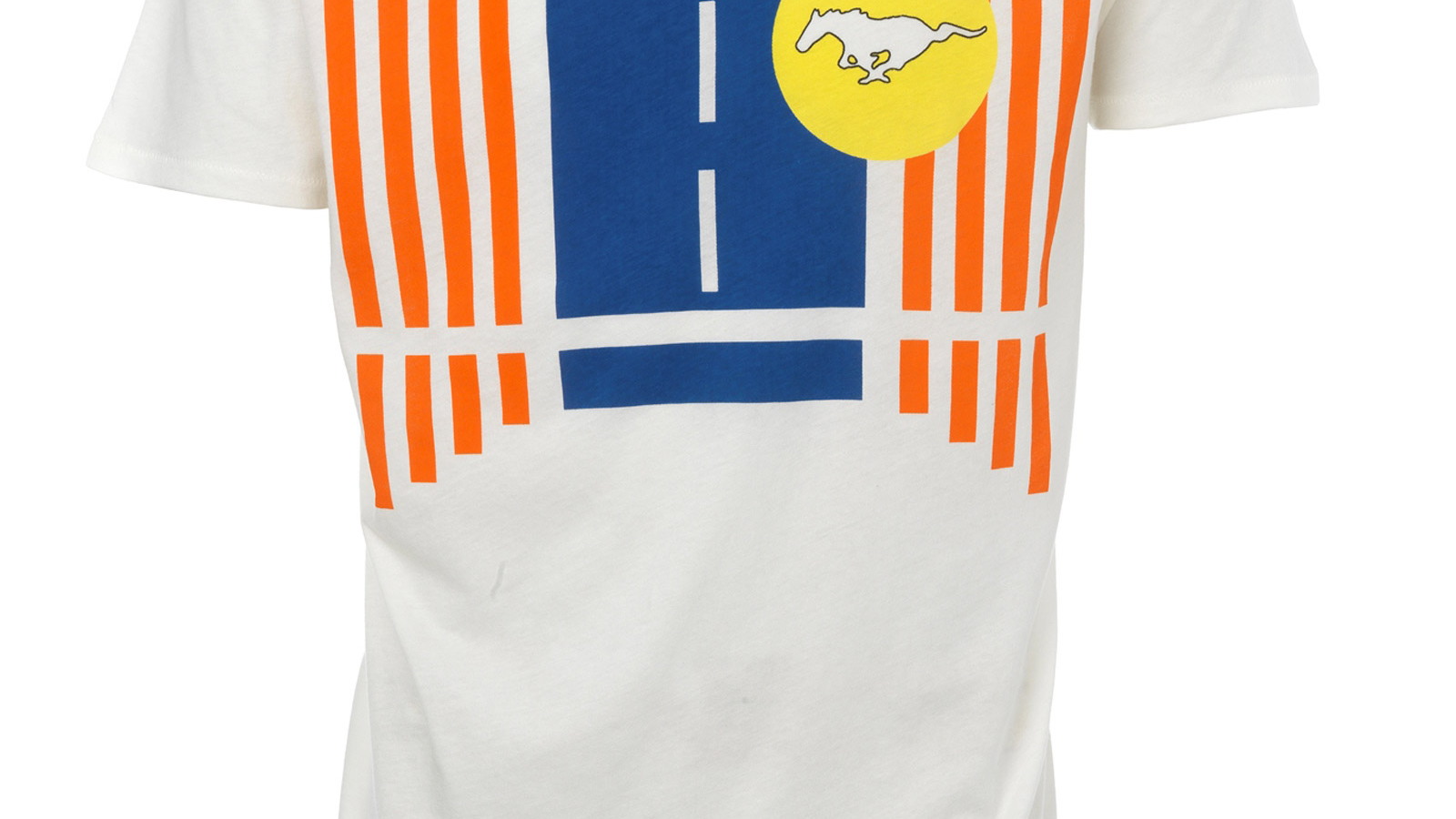 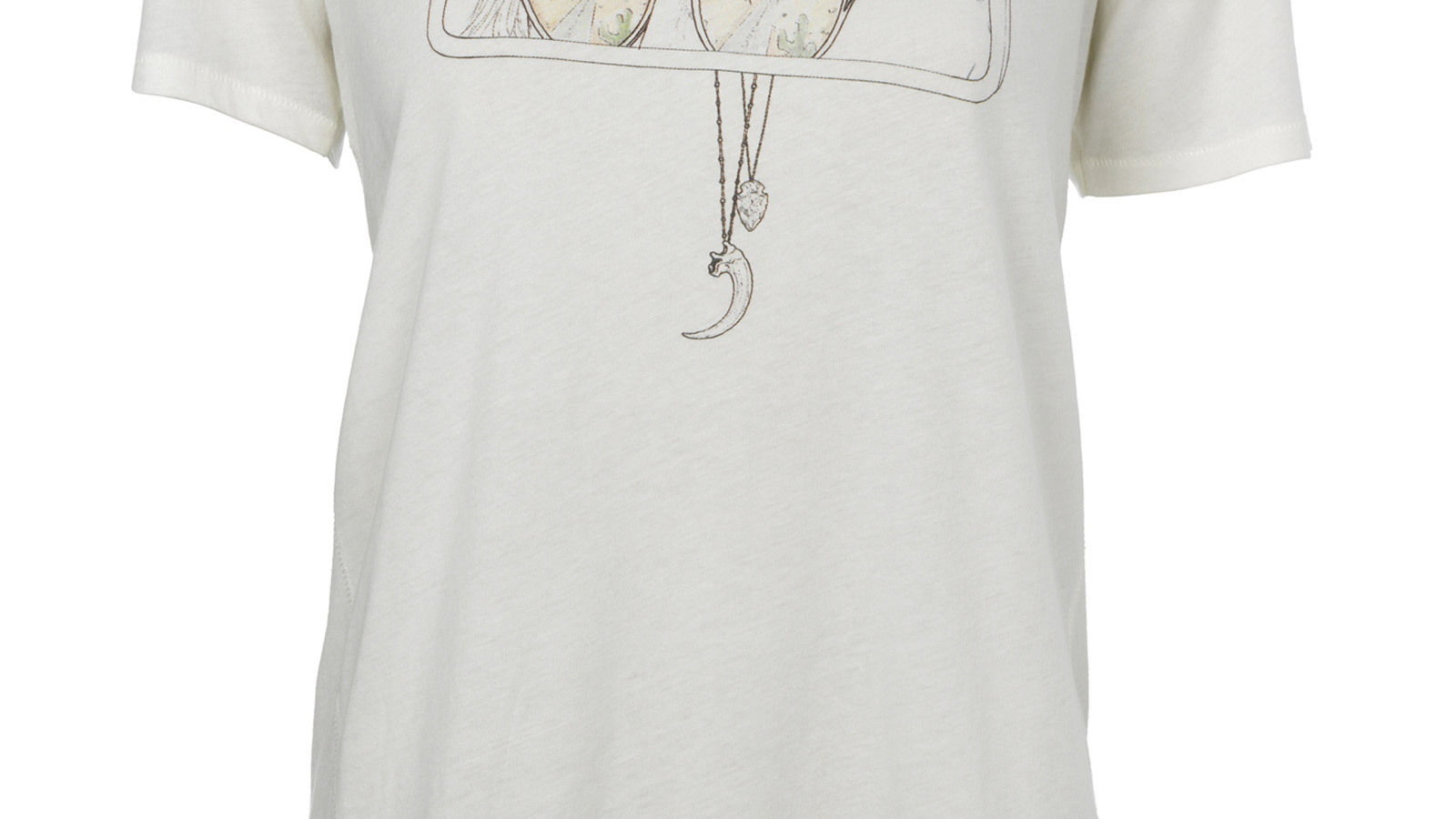 It's official: Production of the 2015 Ford Mustang is now underway, and units will soon be making their way not just onto the North American market but countries worldwide. While the best way to celebrate and show your support for the new Mustang is to actually buy one, not everyone has the means—which is where the 'Mustang Unleashed' clothing collection comes in.

The Mustang Unleashed collection comprises a series of 15 limited-edition T-shirts, drawn up by five clothing designers from around the world. Each is supposedly inspired by the Mustang but the inspiration is clearer on some than it is on others. The tees feature everything from images of the car itself, to psychedelic Mustang-themed imagery, to apparently unrelated examples of modern art and pattern-work and the obligatory galloping mustang images.

The new range of T-shirts will go on sale through Gilt.com from September. As for the car itself, that's due in November 2014, with overseas deliveries before the end of 2015. For the first time since the 'Foxbody' Mustang of the 1980s and early 1990s, a four-cylinder powerplant will be available, pushing out 310 horsepower from a turbocharged 2.3-liter mill. Ford's true 'Unleashed' engine, a 435hp 5.0-liter V-8, will continue to top the range.

Ford has sold over 9.2 million cars bearing the Mustang nameplate since the first one hit the road back in 1964.