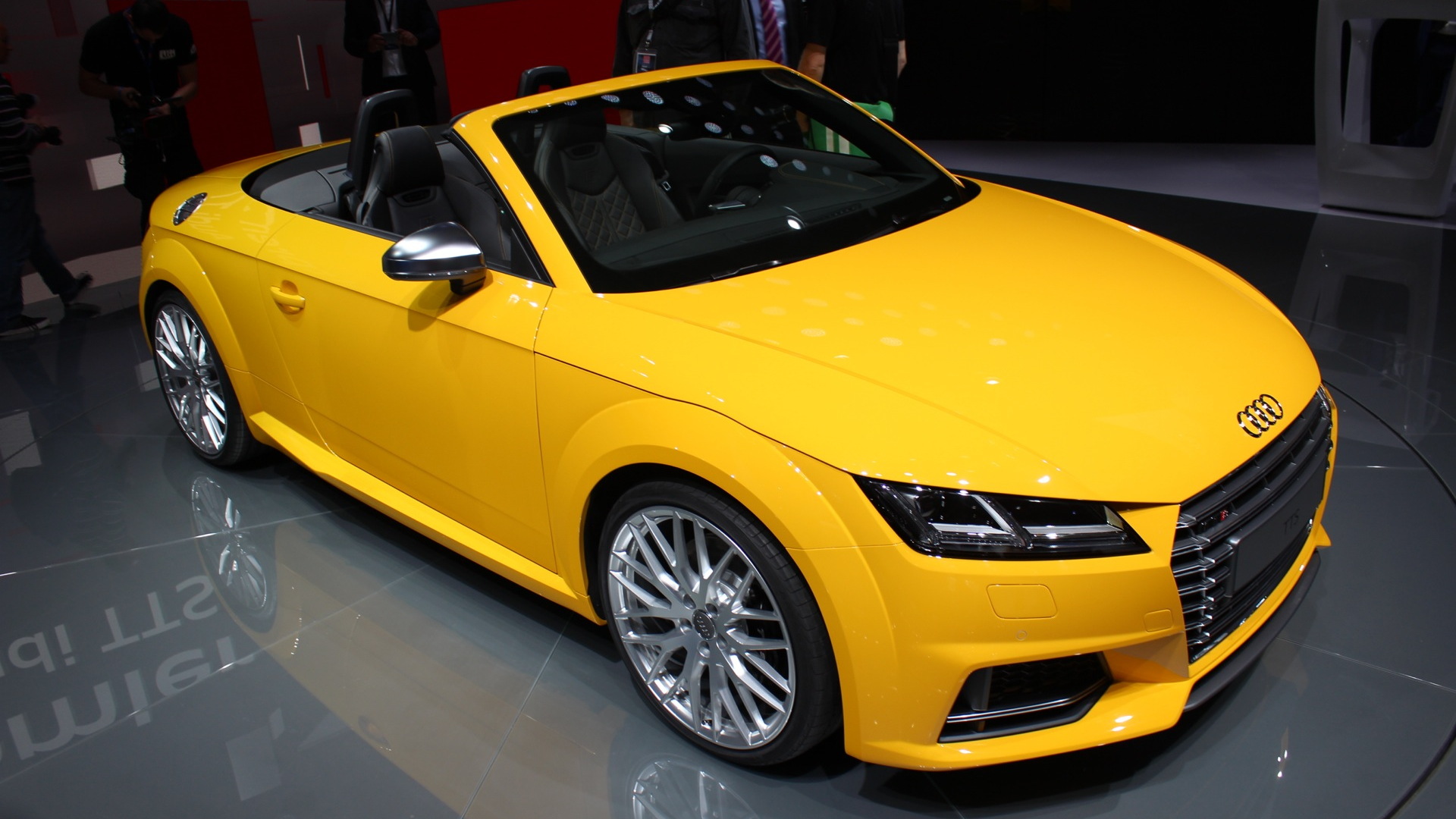 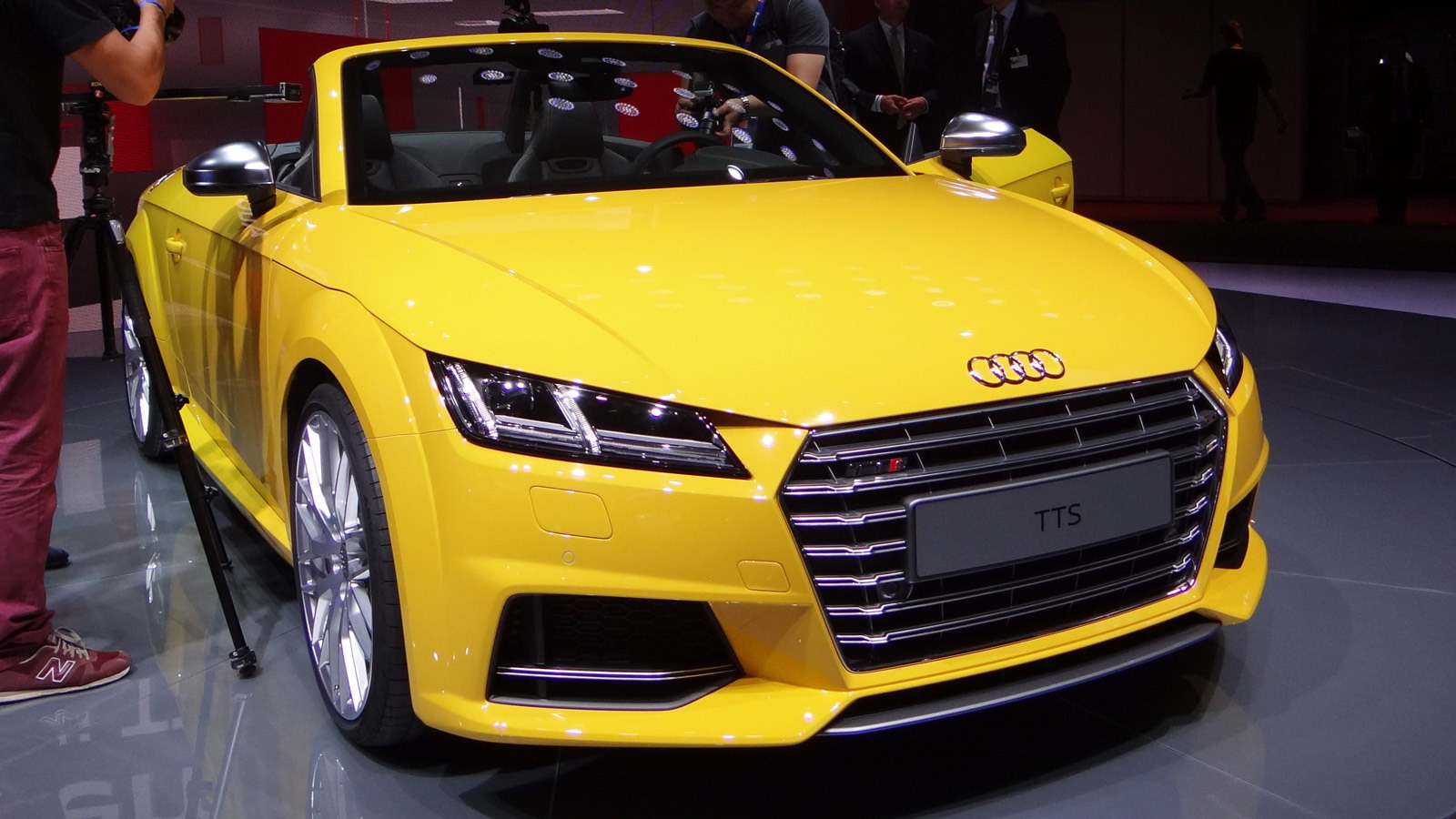 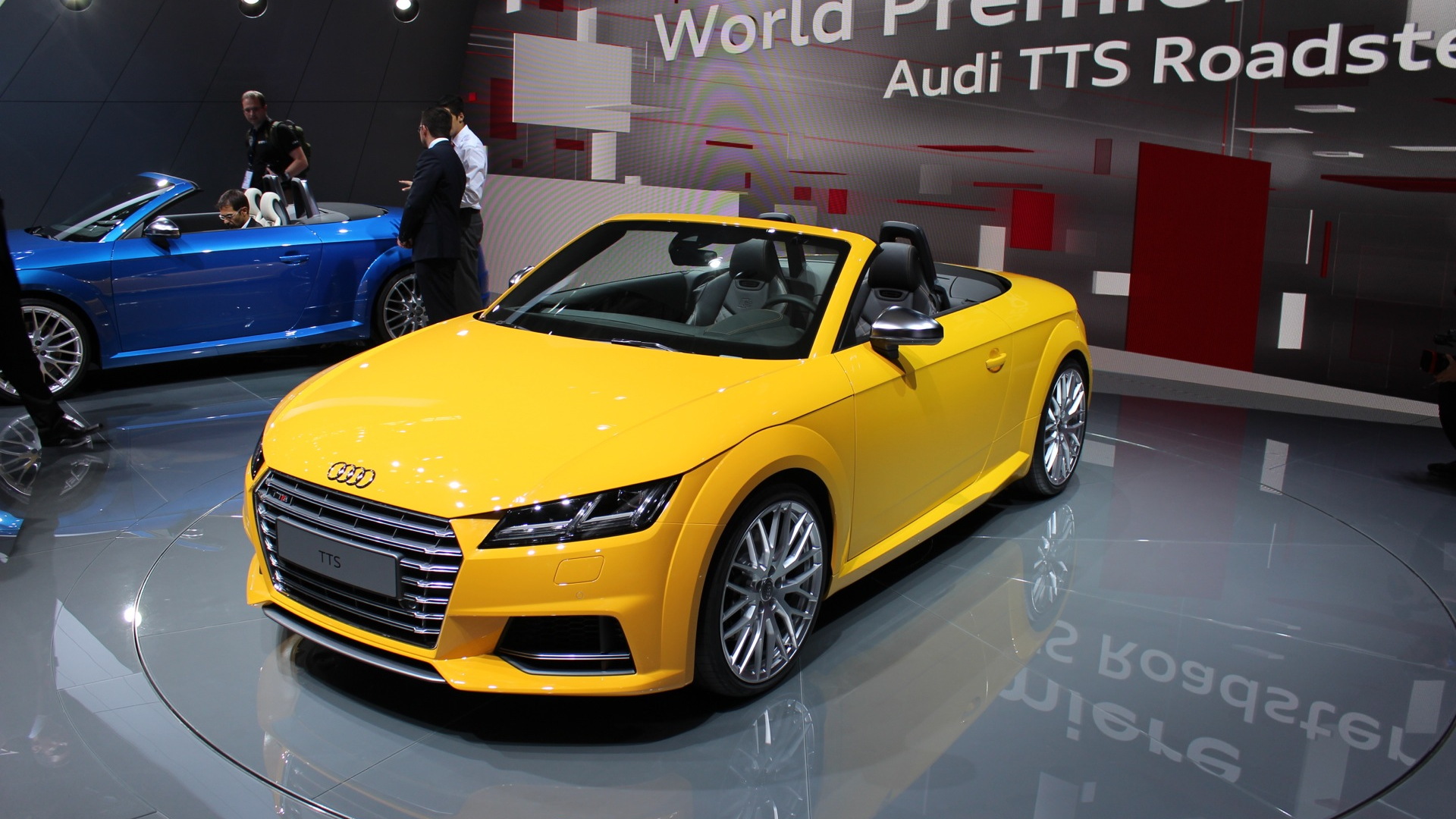 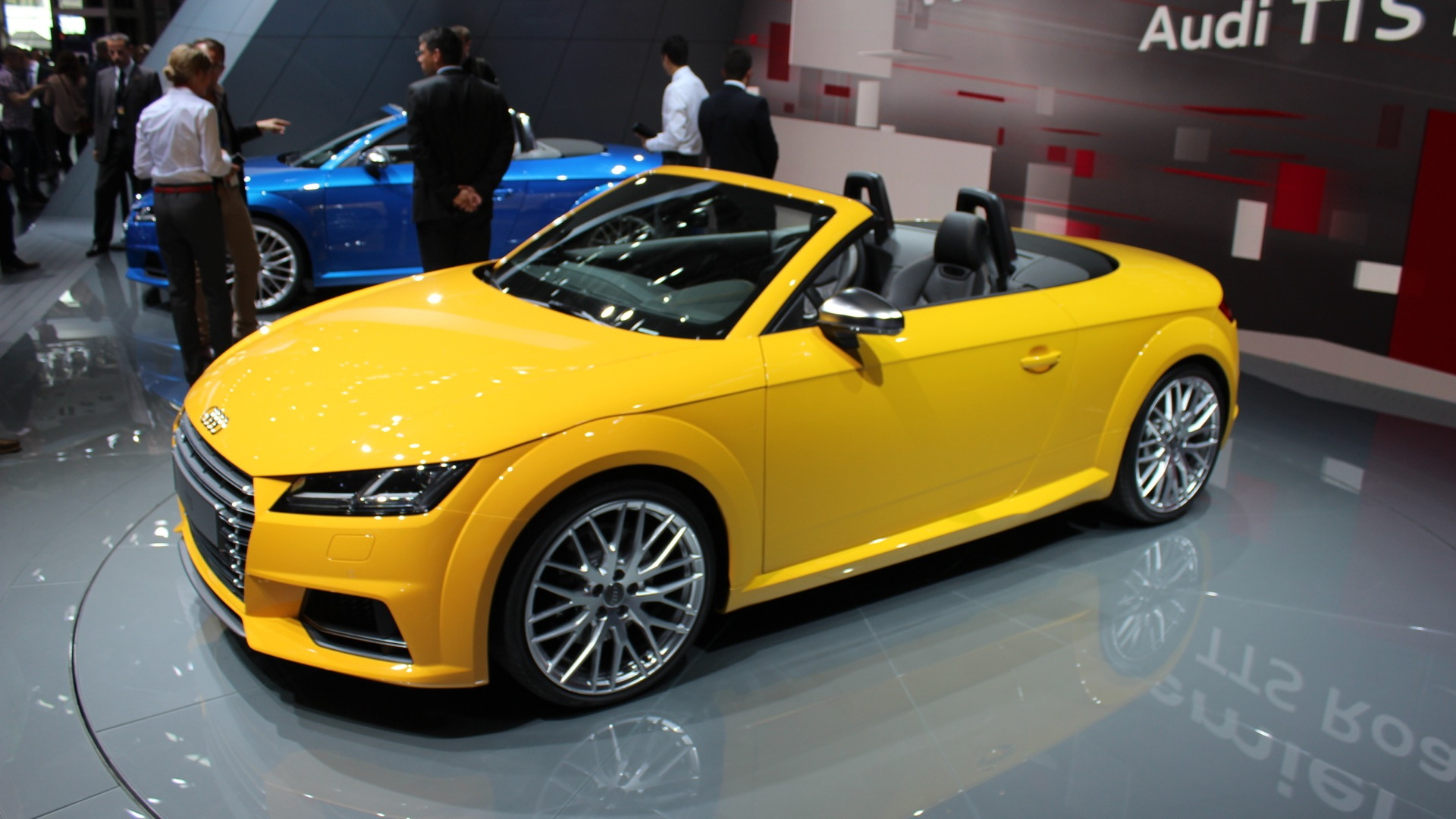 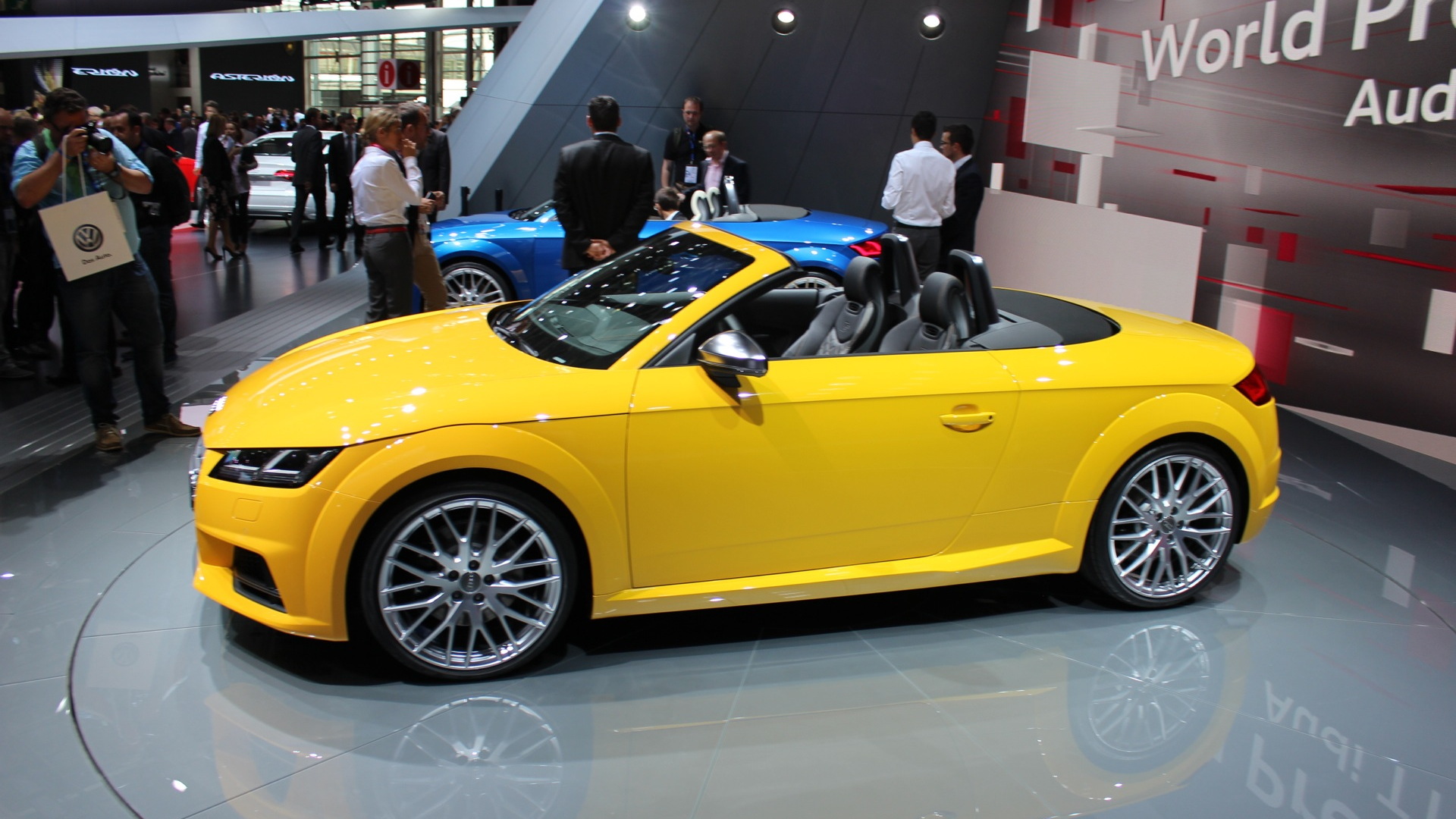 46
photos
Having just spent some time with the 2016 Audi TT in coupe form, we can confirm the car drives as good as it looks. And now Audi has revealed the convertible version of the car, appeasing sun-loving Audiphiles the world over. Both the standard TT Roadster and slightly sportier TTS Roadster have been revealed; they made their debut this week at the 2014 Paris Auto Show and join the new TT coupe in showrooms early next year, also as 2016 models.

While the basic formula of the TT Roadster hasn’t been changed for this third-generation model, like the new TT Coupe there are some important updates. Firstly, the car rides on the Volkswagen Group’s flexible MQB platform and is powered by the latest EA888 turbocharged 2.0-liter four-cylinder. With this engine, the curb weight of the new TT Roadster is just 2,910 pounds, which is quite impressive for a convertible.

Performance is impressive, too. In TT guise, the new convertible is rated at 230 horsepower and 273 pound-feet of torque. Step up to the TTS and you’re looking at 310 hp and 280 lb-ft. Transmission options include a six-speed manual and six-speed S tronic dual-clutch. The TTS Roadster equipped with the dual-clutch transmission is the quickest combination, offering 0-62 mph acceleration of 4.9 seconds and a governed top speed of 155 mph.

Drive in the TT Roadster is to the front wheels, but quattro all-wheel drive is still available and is standard on the TTS Roadster. The system uses an electrohydraulic multi-plate clutch to distribute the drive torque between the front and rear axle, depending on driving conditions.

Another important update for the new TT Roadster is what’s known as the Audi virtual cockpit, where a single 12.3-inch digital display located behind the steering wheel replaces a car’s standard analog instruments as well as its central display. Everything from the vital statistics on speed and revs to navigation and entertainment functions are displayed through this single system.

This has allowed designers to implement a clean and uncluttered look for the dash. A horizontal control panel is still located in the center column. It features 3D-designed toggle switches that activate the hazard warning lights, the Audi drive select performance enhancer and the assistance functions. Information can also be inputted via the MMI controller wheel’s touchpad.

A further highlight of the new model TT Roadster is the voice control, which Audi says has been made significantly easier. The system now understands phrasings from everyday language, meaning that hundreds of command variations are possible for each function. In the telephone menu, for example, calling a contact is as easy as saying “I want to talk to Peter” or “Connect me to Peter.”

As for the roof design, it’s a conventional soft-top and is available in black, titanium gray and something called jive. It takes about 10 seconds to go up or down and can be operated at speeds of up to 31 mph. When down, Audi says the roof doesn’t encroach on the car’s 9.9 cubic feet of trunk space.

Pricing details for the 2016 Audi TT Roadster and TTS Roadster will be announced closer to next year’s sales launch. In the meantime, view the rest of our 2014 Paris Auto Show coverage.