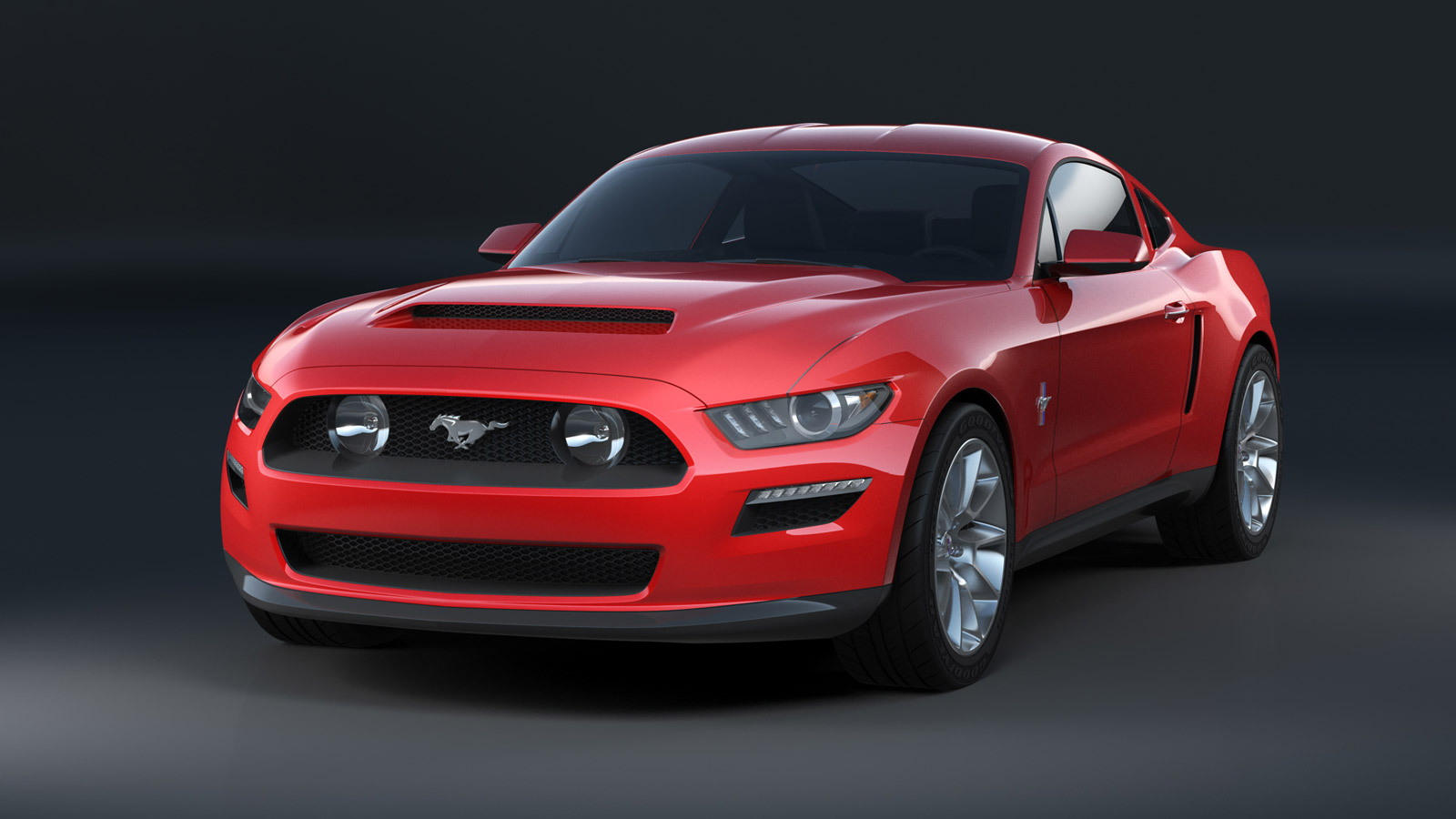 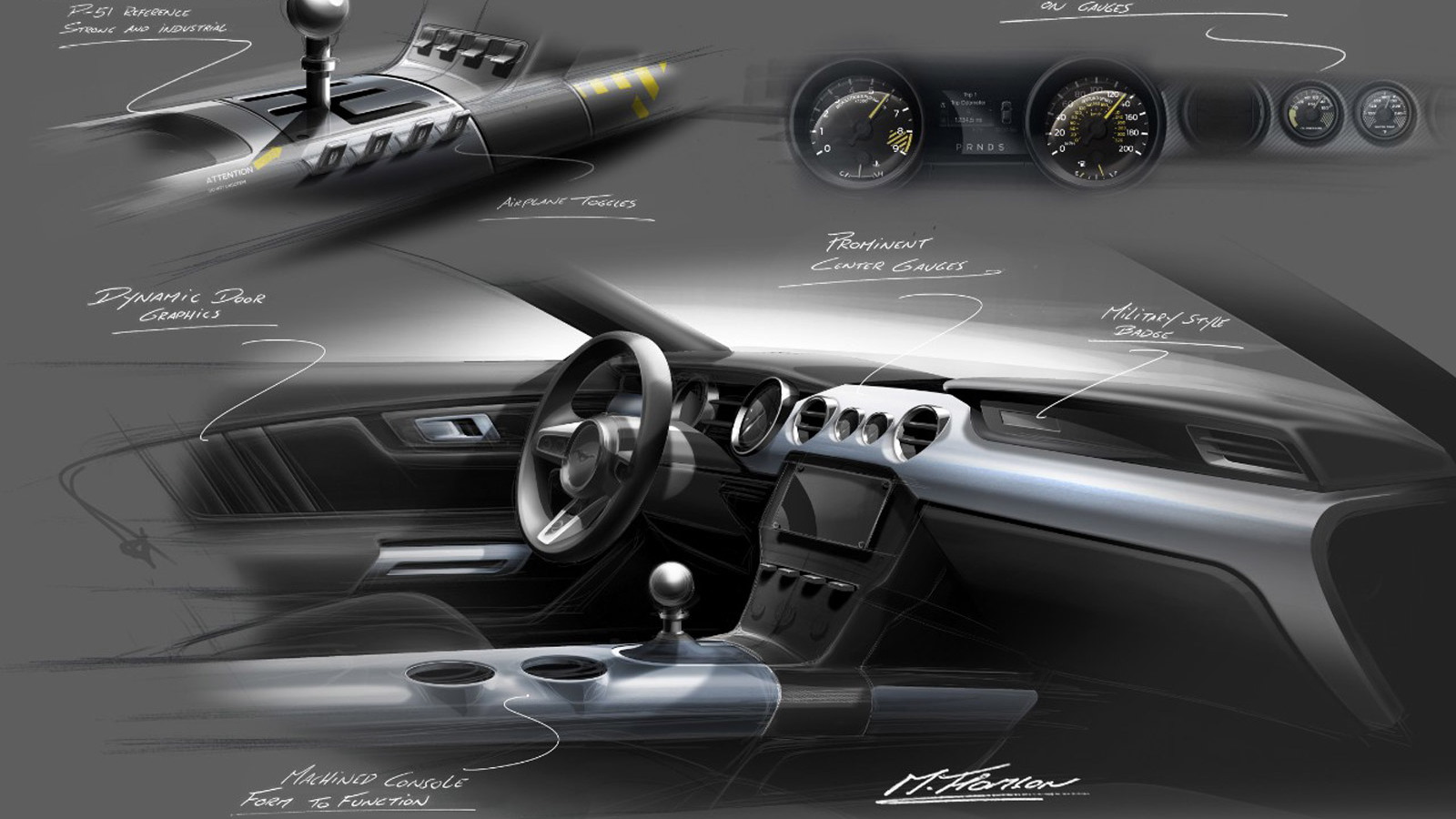 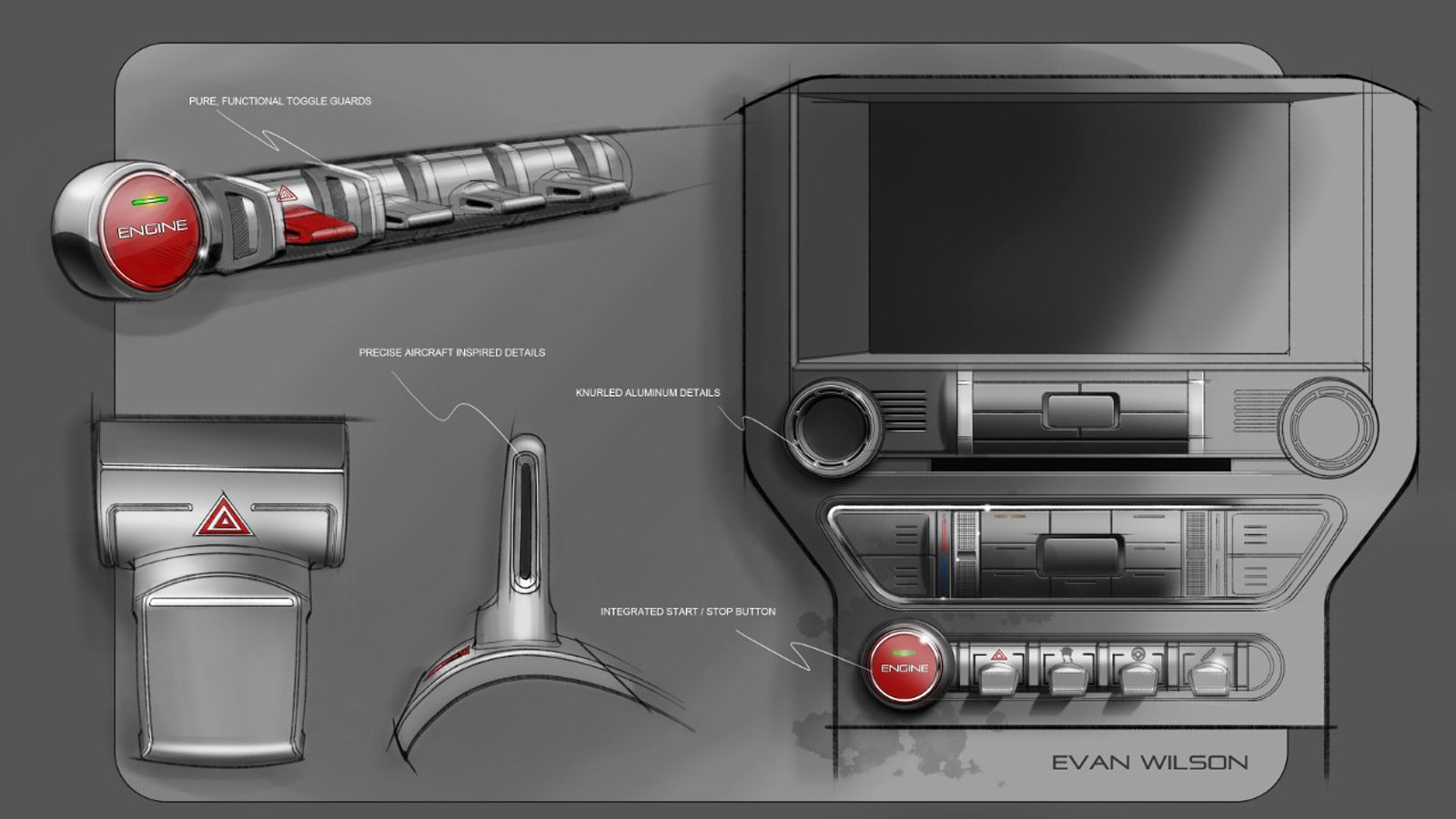 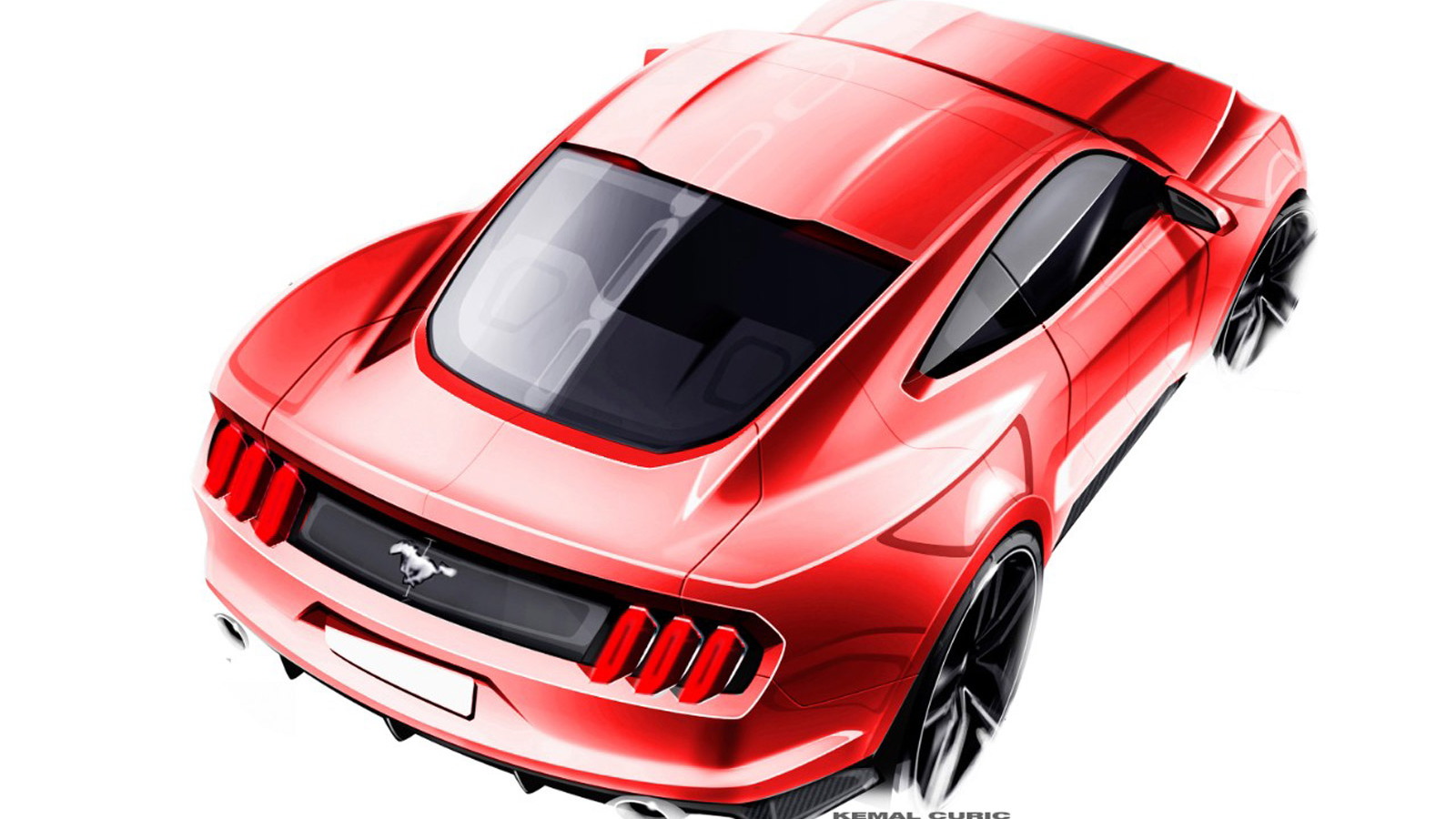 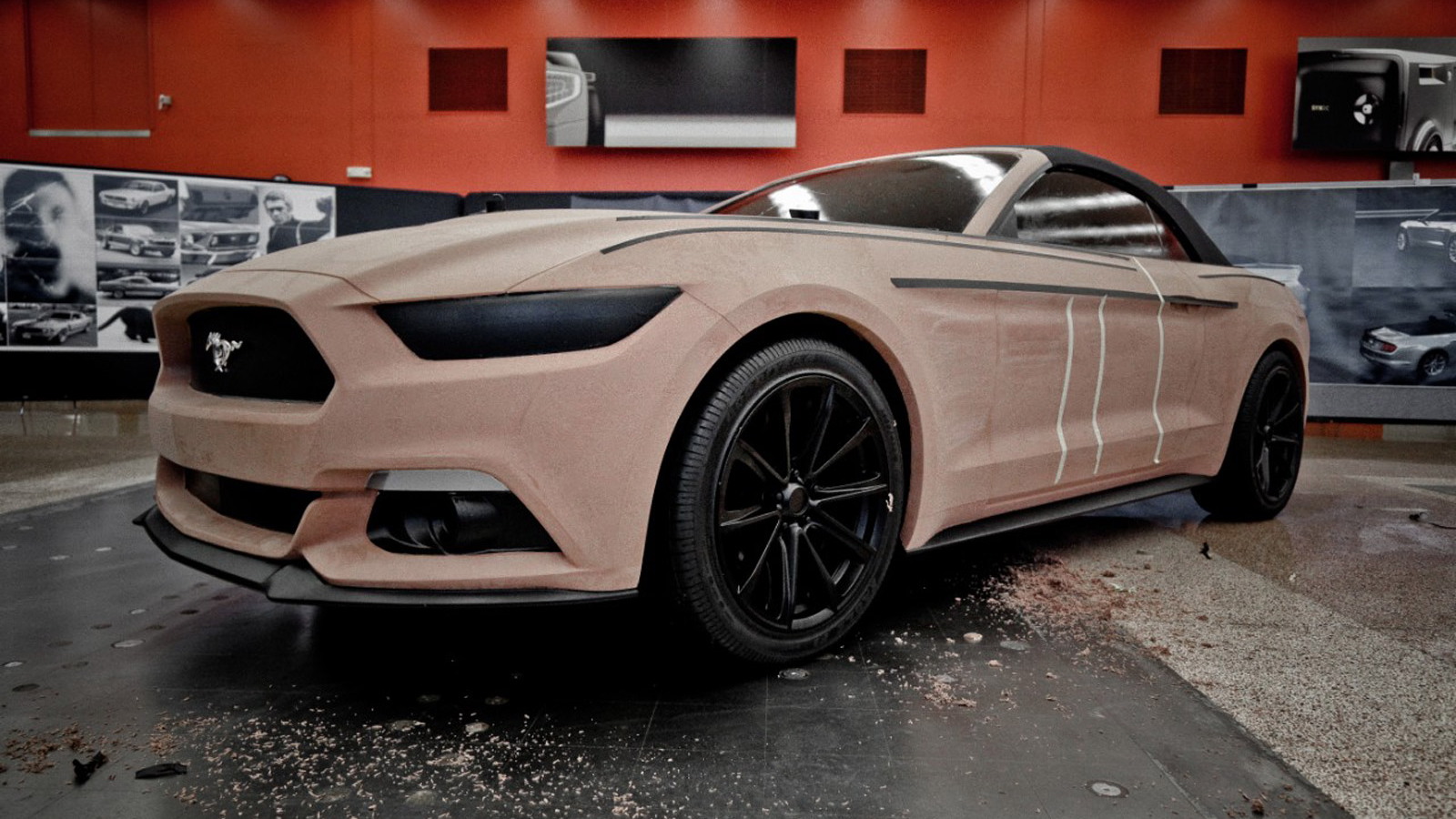 By now you’ve probably read our first drive report on the 2015 Ford Mustang and come up with your own impressions of the car. But would your impressions be any different had the new Mustang turned out like the one pictured here?

It’s just one of the hundreds of design proposals for the sixth-generation Mustang that Ford Motor Company [NYSE:F] executives sifted through before settling on a final design. Once a design was selected, exterior and interior stylists worked to perfect the lines throughout the car, resulting in the look we first saw last December.

The design work started in mid-2009, when the updated fifth-gen car was in production. The goal was a design that was contemporary, but unmistakably Mustang. The design also had to ensure that the new Mustang maintained the combination of style, performance and everyday usability that the nameplate has come to signify over the past 50 years.

Throughout 2011, hundreds of initial sketches were narrowed down to a handful of proposals that would be transformed into a batch of clay models for evaluation in three dimensions. After further development, three themes went into the final selection phase in early 2012.

CHECK OUT: Ride Along In A Lamborghini Countach 5000S Flat Out: Video

By the summer of that year, a winning design was picked and work started on transforming it into a real car. Designers, clay sculptors and digital modelers spent countless hours refining the lines and surfaces that create the three dimensional body side and the powerful hunches as well as the long-sculpted hood with a forward leaning nose that give the new Mustang its unique look and personality.

A similar story can be told for the interior. Here, the team paid close attention to the relationships of the various elements, and designed them in a way to achieve optimum fit and finish. The final theme was inspired by the wing of an airplane.

“To the people inside Ford, Mustang is considered the heart and soul of the company,” Ford design chief Moray Callum says of the 2015 Mustang’s design process. “We spent a lot of time amongst the team and with customers discussing the history of Mustang and what it meant to people and concluded that we needed to move forward with a modern design that retained the essence of the brand.”