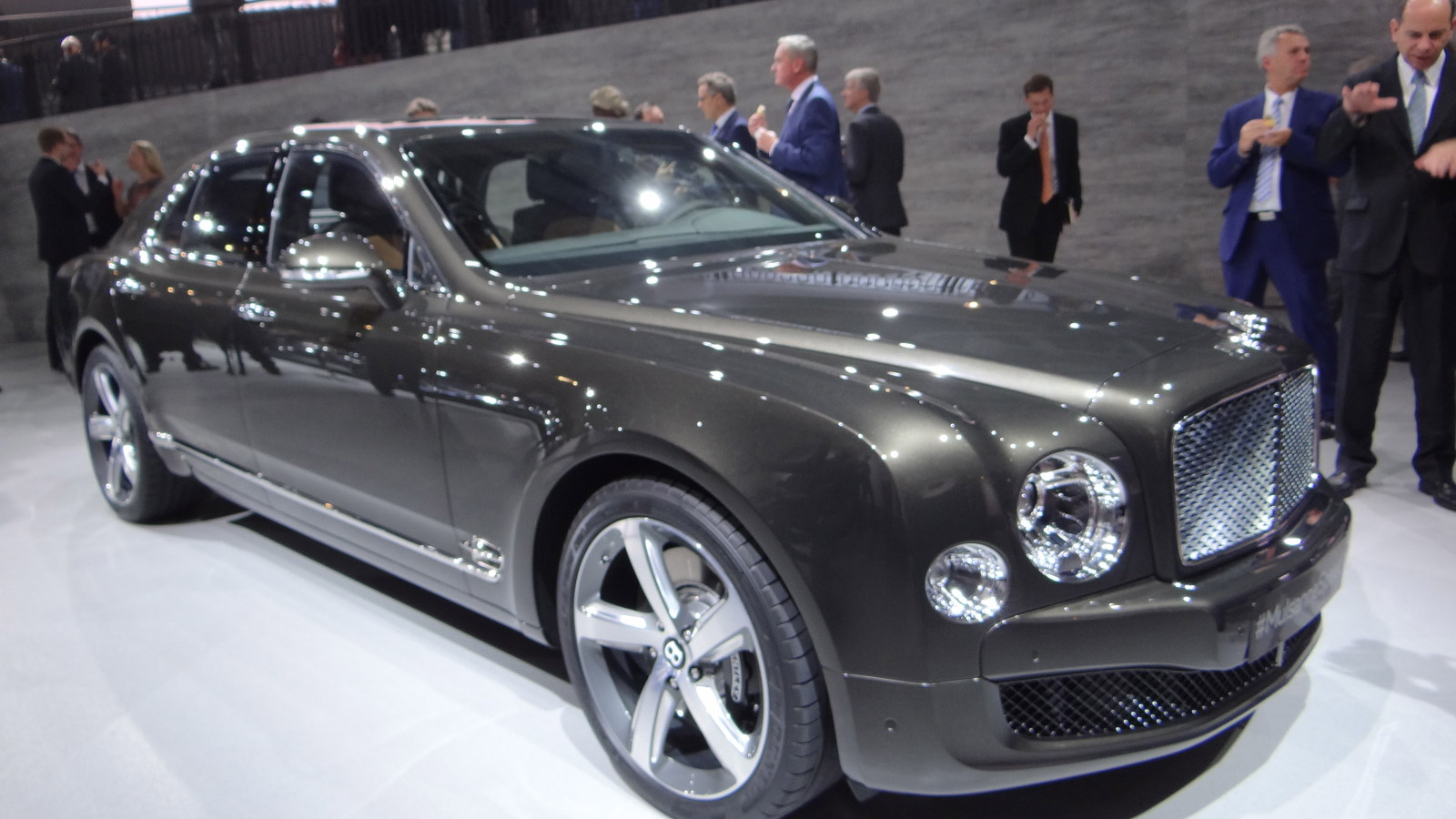 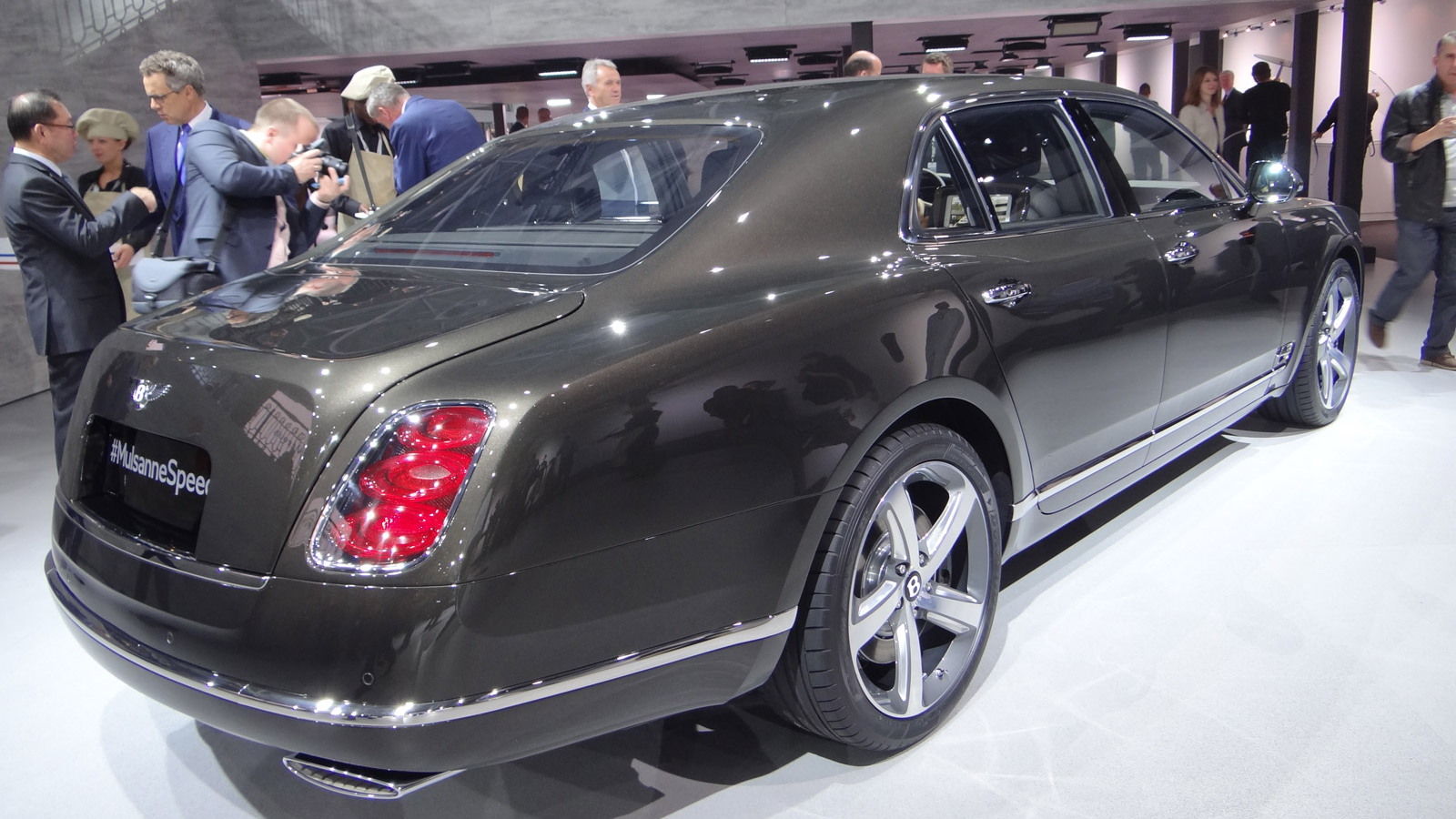 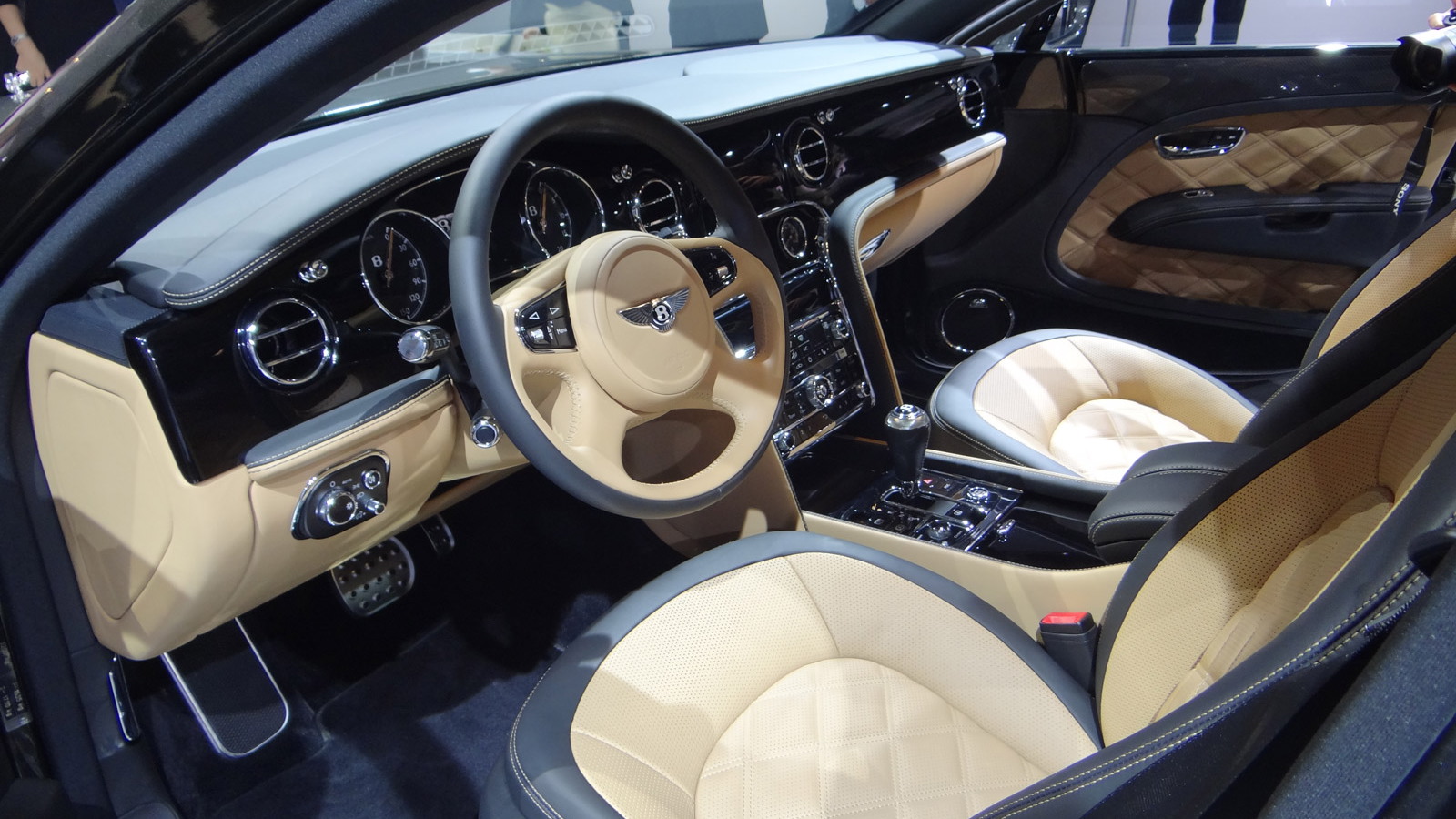 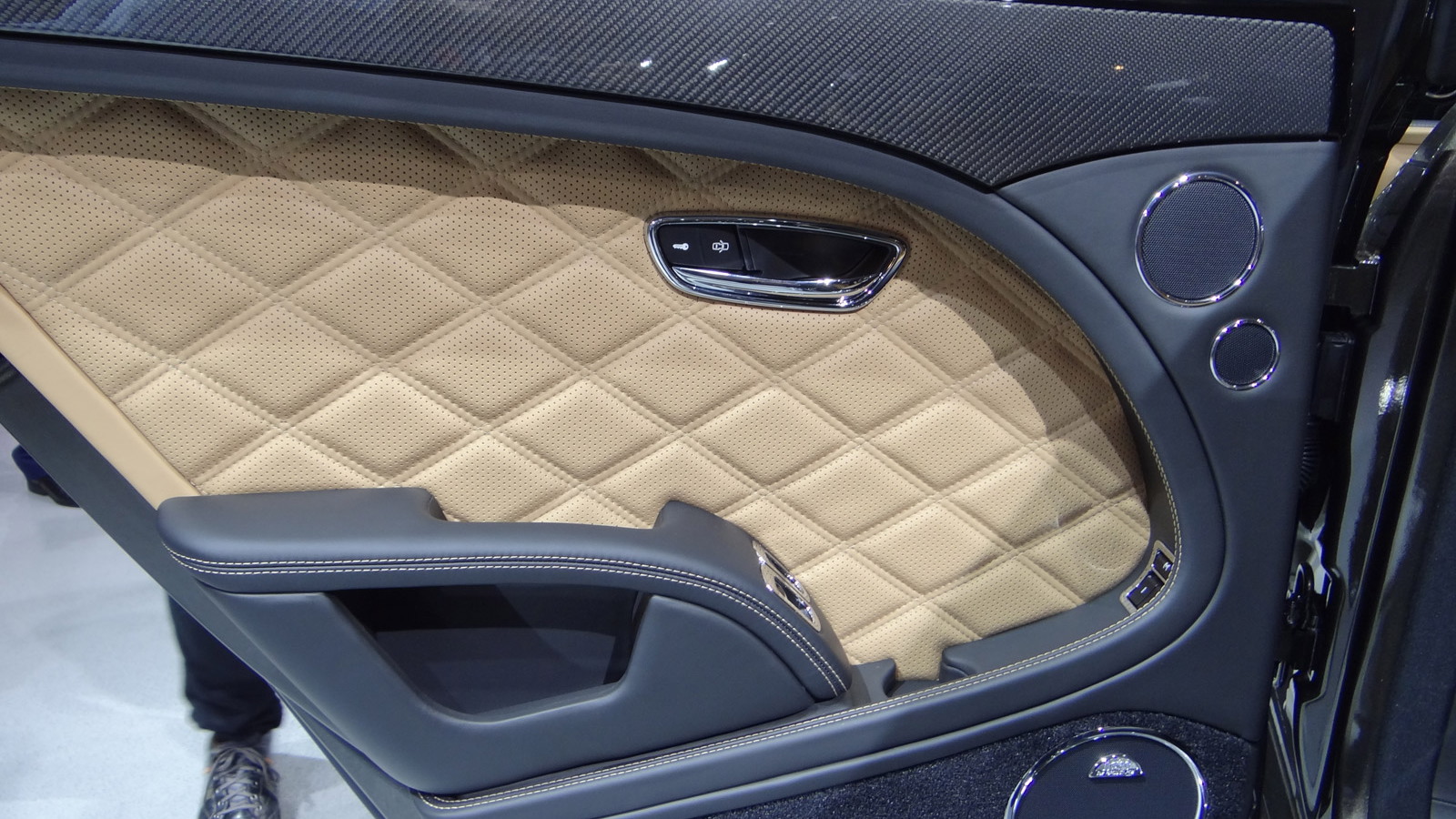 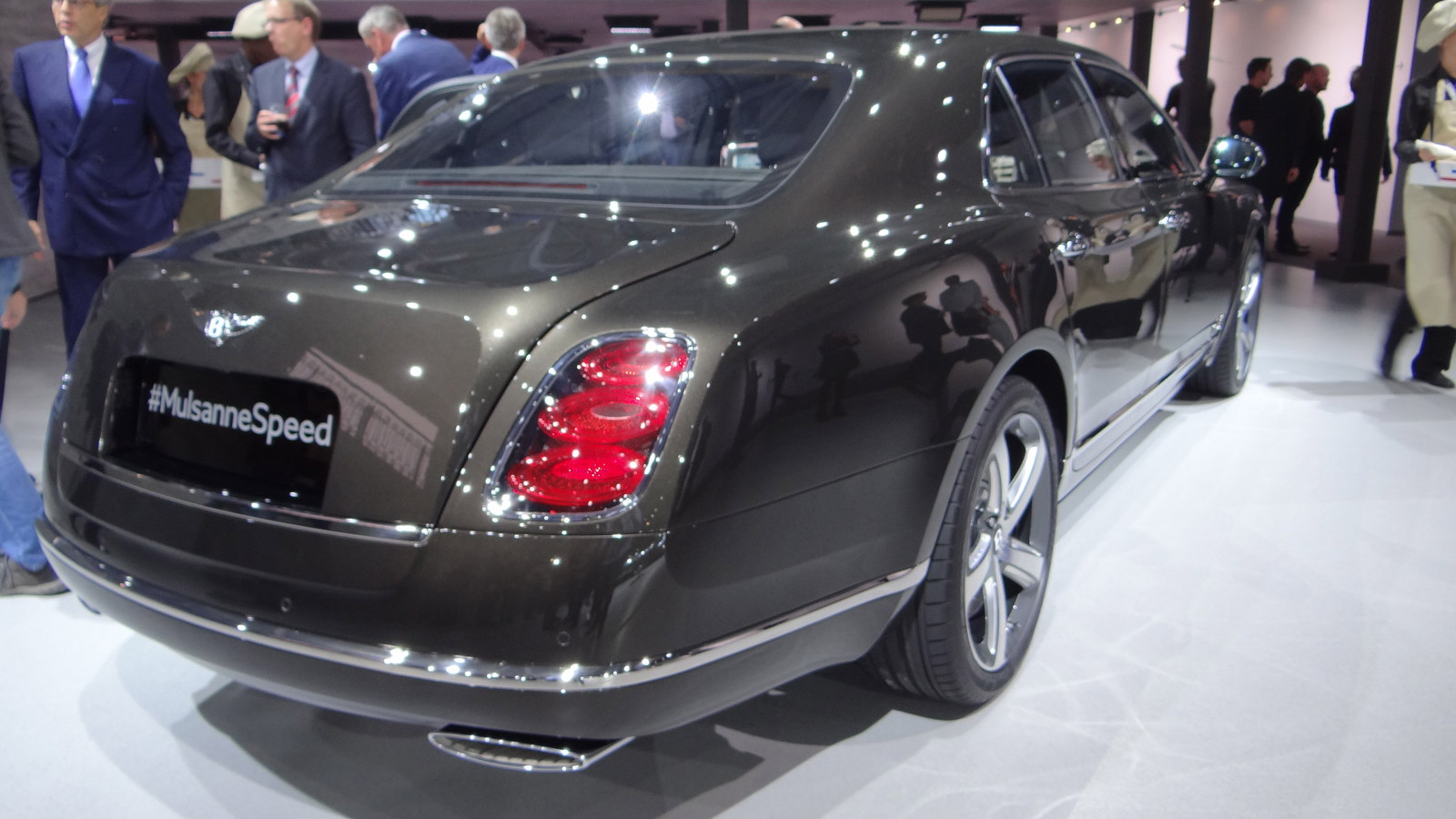 28
photos
We aren’t sure how many Bentley Mulsanne buyers deemed the car’s 505-horsepower to be insufficient for their needs, but we’re glad enough of them spoke up to persuade Bentley to launch an even more powerful version of its flagship sedan. That more powerful version is the 2015 Mulsanne Speed, which has just made its world debut at the 2014 Paris Auto Show.

The new Mulsanne variant retains Bentley’s enduring 6.75-liter V-8, but output has been turned up to 530 horsepower and 811 pound-feet of torque, the latter of which is delivered at just 1,750 rpm. That’s up on the regular Mulsanne’s 505 hp and 752 lb-ft, and is enough to rocket the big sedan from 0-60 mph in just 4.8 seconds—simply incredible considering the Mulsanne Speed has a curb weight of almost 6,000 lbs! And if you keep your foot on the pedal, you’ll eventually hit a top speed of 190 mph.

Bentley is also proud to announce that the efficiency of its V-8 has also been improved by 13 percent, based on CO2 emissions. The Mulsanne Speed emits 342 grams of CO2 per kilometer, with the efficiency gains translating to about 50 more miles of driving range from a single tank. Bentley quotes fuel economy of 12/19 mpg city/highway and 14 mpg combined.

The gains have been brought about by improved control of the combustion process as well as optimization of the variable valve timing and turbocharging systems. The engine also maintains the regular Mulsanne’s cylinder deactivation system, which has been tweaked to make transitions between the V-4 and V-8 configurations smoother. The same gains also feature on the regular Mulsanne for the 2015 model year, although output remains unchanged.

But the engineers didn’t stop at the engine. The Mulsanne Speed’s eight-speed, paddle-shifted automatic gearbox has also been recalibrated to make use of the extra torque, and there’s also a new “S” mode which keeps the engine’s revs up so that the turbochargers are always on boost. Finally, a new “Sport” mode is available for the suspension settings. This stiffens the standard air suspension and also adjusts the steering system for greater feedback and accuracy. There is also a “Custom” setting that allows the driver to individually match chasis, engine and steering tunes.


Only die-hards are likely to recognize the Mulsanne Speed from the regular model. The vehicle sports some darkened elements in the grille and lights, and its 21-inch wheels feature a directional pattern—a first for Bentley. “Speed” badging also adorns the front fenders and door sill treadplates. Like the exterior, the cabin of the Mulsanne doesn’t change dramatically. New for the Mulsanne Speed are special piano black veneers with carbon fiber inlays.

Deliveries of the 2015 Bentley Mulsanne Speed commence this winter.