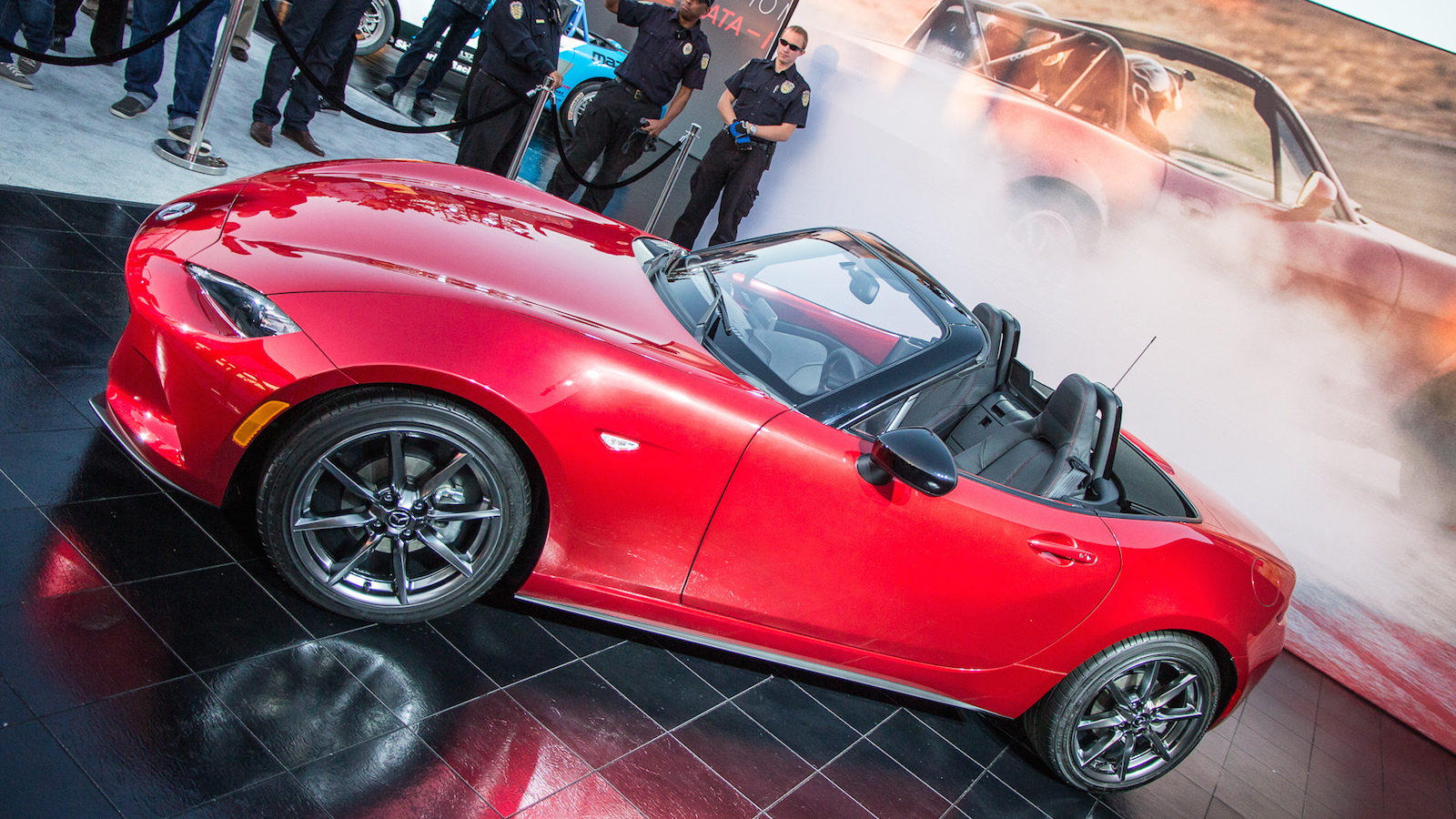 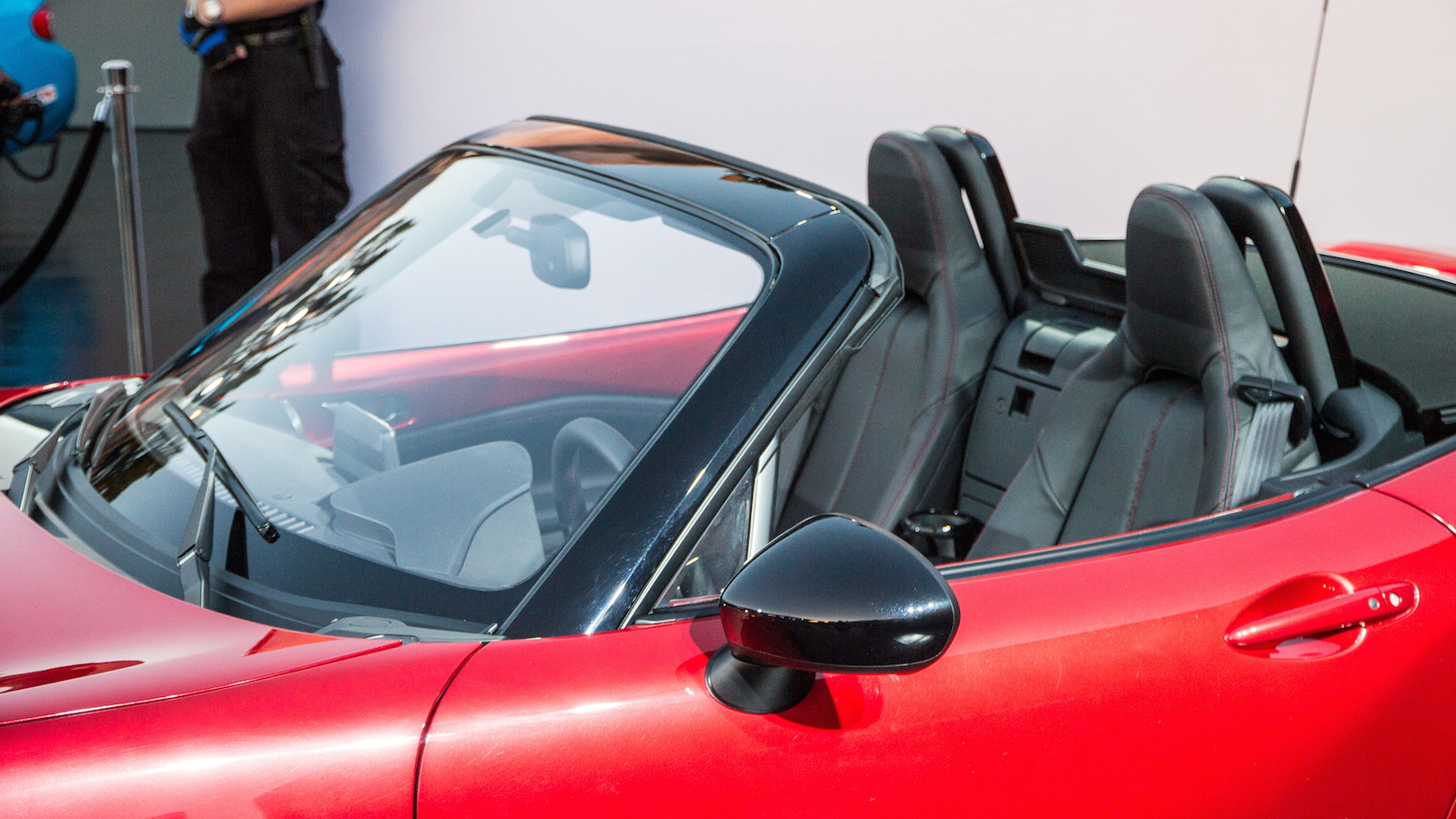 The United States’ version of the 2016 Mazda MX-5 will get a 2.0-liter Skyactiv-G four-cylinder engine, the company confirmed today. Combined with the Skyactiv-MT manual transmission, the fourth-gen MX-5’s powertrain should prove similar to the existing car’s setup.

With that familiar powertrain taken to the next level of efficiency and refinement wrapped in the new, lighter, stiffer fourth-generation chassis, the MX-5’s legendary reputation for driving pleasure at an attainable price should not only remain intact, but grow. 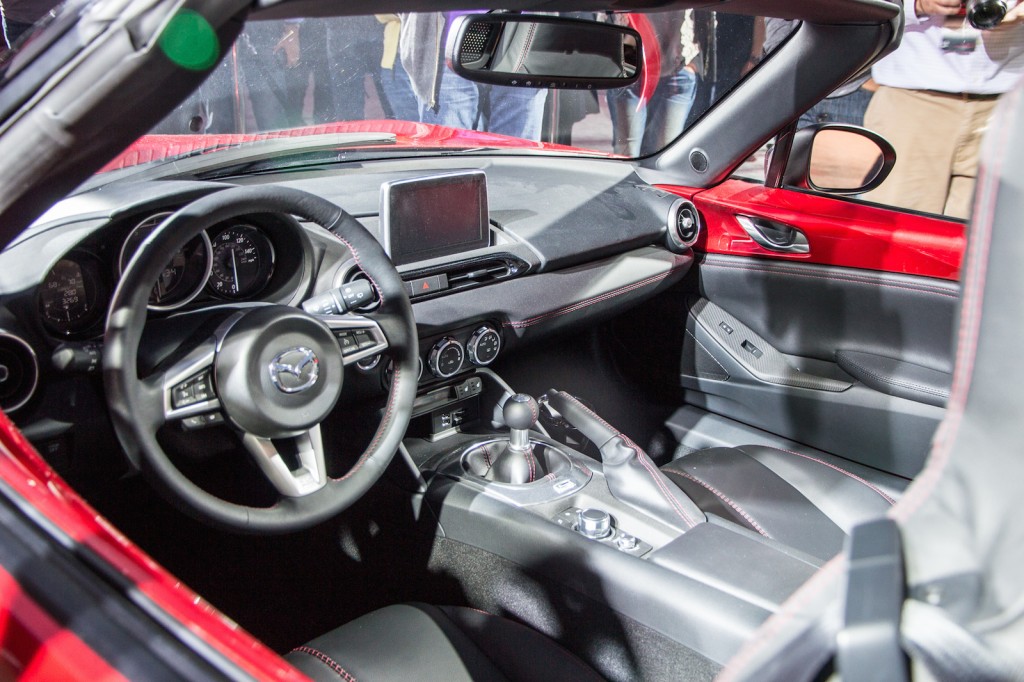 In the Mazda3 with the manual transmission, that engine also rates 29 mpg city and 40 mpg highway; in MX-5 tune it may yield slightly better or slightly worse efficiency, but either way, the new car should prove considerably more efficient than the current MX-5, which scores EPA ratings of 21 mpg city, 28 mpg highway and 24 mpg combined with the six-speed manual transmission.

On top of its promising dynamics, the 2016 MX-5’s exterior design is far more striking than at any point in the previous three generations. Likewise, the interior quality and materials appear to be above those of its predecessors.

All in all, the fourth coming of the world’s most popular two-seat roadster holds a great deal of promise for the enthusiast.