Mercedes-Benz announced pricing for the 2015 S-Class Coupe, a more stylish companion to the high-tech S-Class sedan.

Replacing the CL-Class, the 2015 S-Class Coupe will start at $120,825, including destination. That buys an S550 4Matic model, with a 4.7-liter twin-turbocharged V-8 engine producing 449 horsepower and 516 pound-feet of torque with all-wheel drive.

The only other model available at launch will be the S63 AMG 4Matic Coupe, with a 5.5-lter twin-turbocharged V-8. Its 585 hp and 664 lb-ft of torque channeled to the road through AMG's SPEEDSHIFT MCT seven-speed automatic transmission and, again, all-wheel drive. All of that performance will start at $161,825. 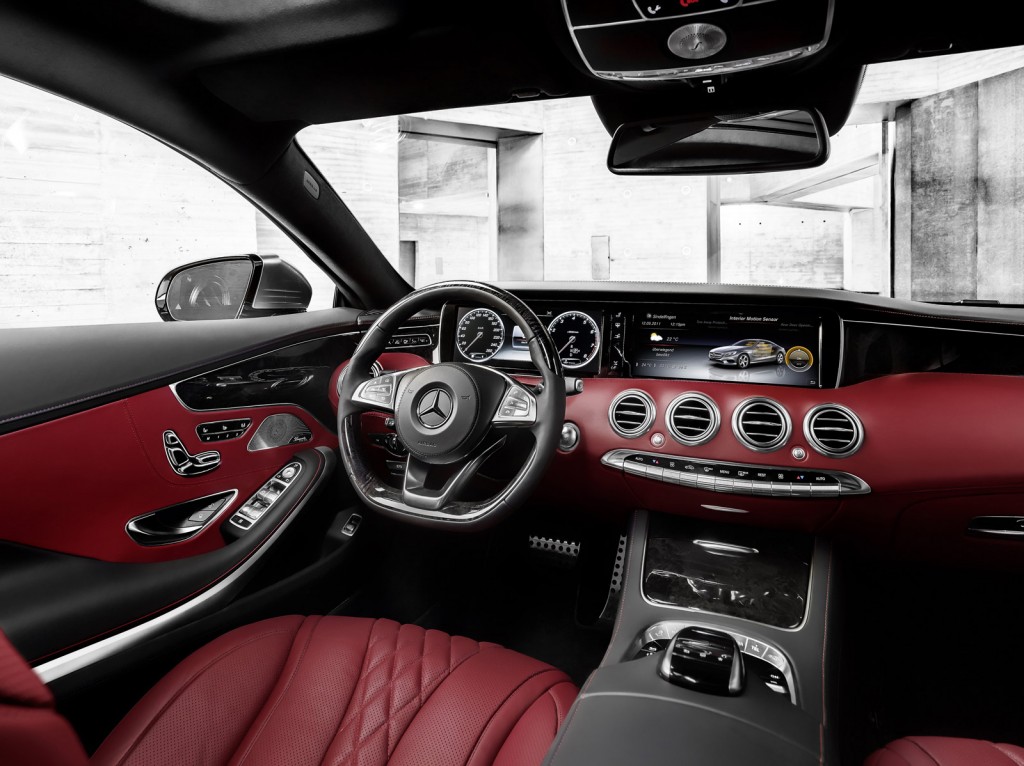 The S-Class Coupe takes technology from the S-Class sedan and puts it in a sleeker package. It features an array of driver aids, including Distronic Plus with Steering Assist, and adaptive cruise-control system with semi-autonomous steering that can work at speeds of up to 124 mph.

It's bundled with other features, such as automatic braking and lane-keep assist, that can be found on the sedan, as well the coupe-specific "curve tilting" feature, which allows the car to lean into corners.

On the inside, the S-Class Coupe features the same twin information screen layout as the sedan, along with a touchpad controller allowing tablet-like gesture inputs. Two Burmester audio systems are also available, including surround-sound and 3D surround-sound systems.

The 2015 Mercedes-Benz S550 4Matic Coupe and S63 AMG 4Matic Coupe deliveries will begin later this fall, followed by the arrival of the S65 AMG Coupe in December.