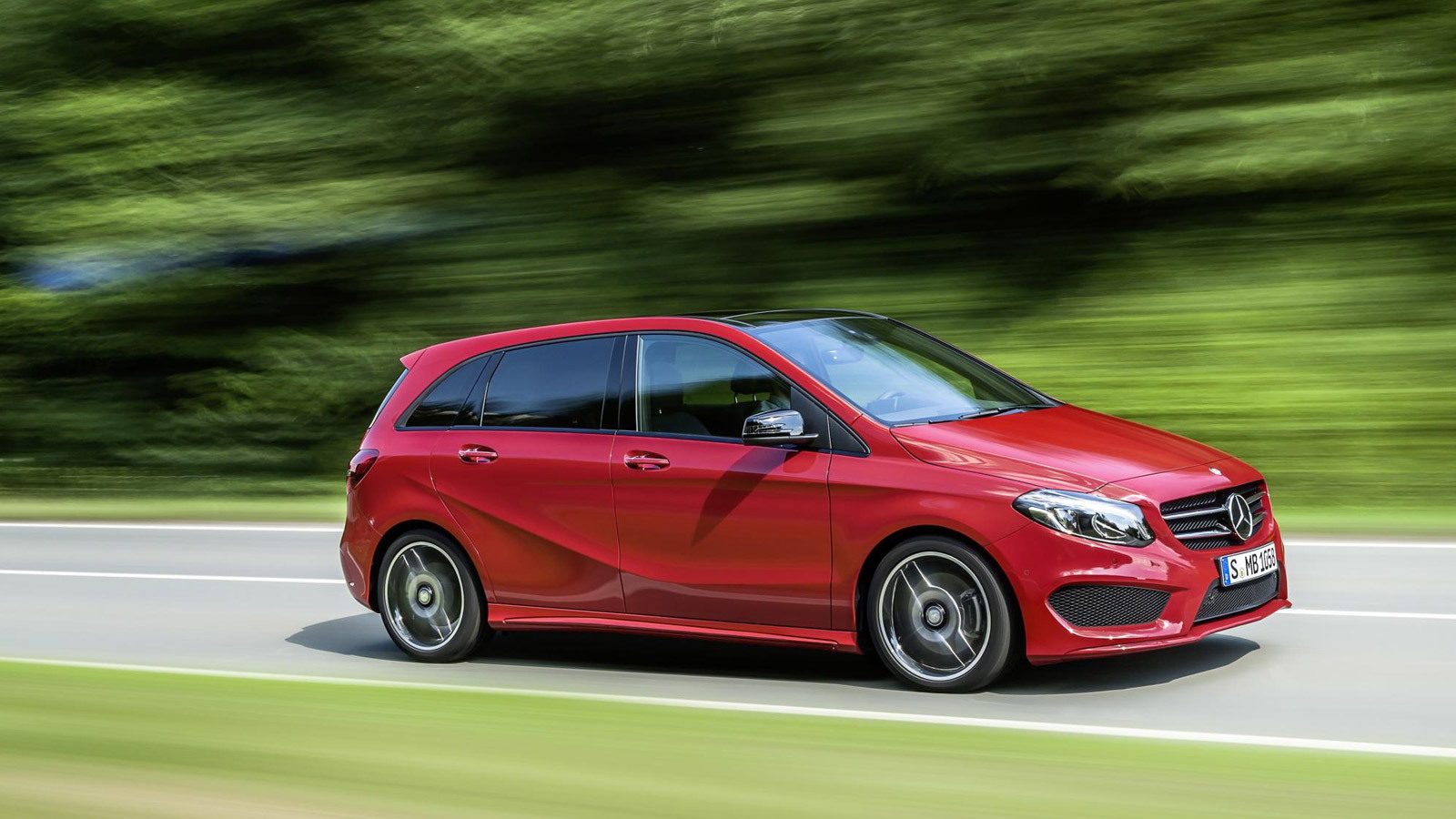 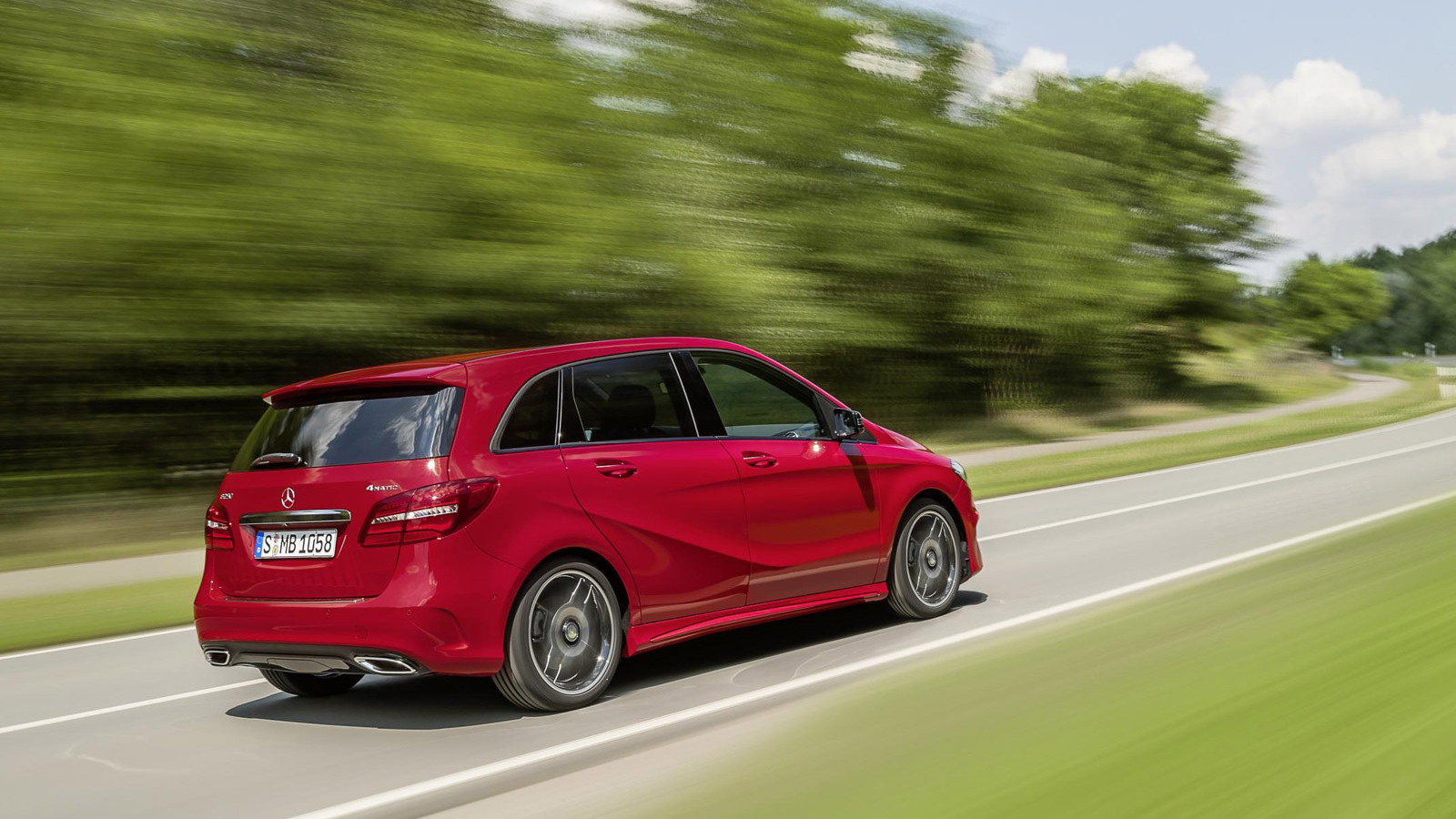 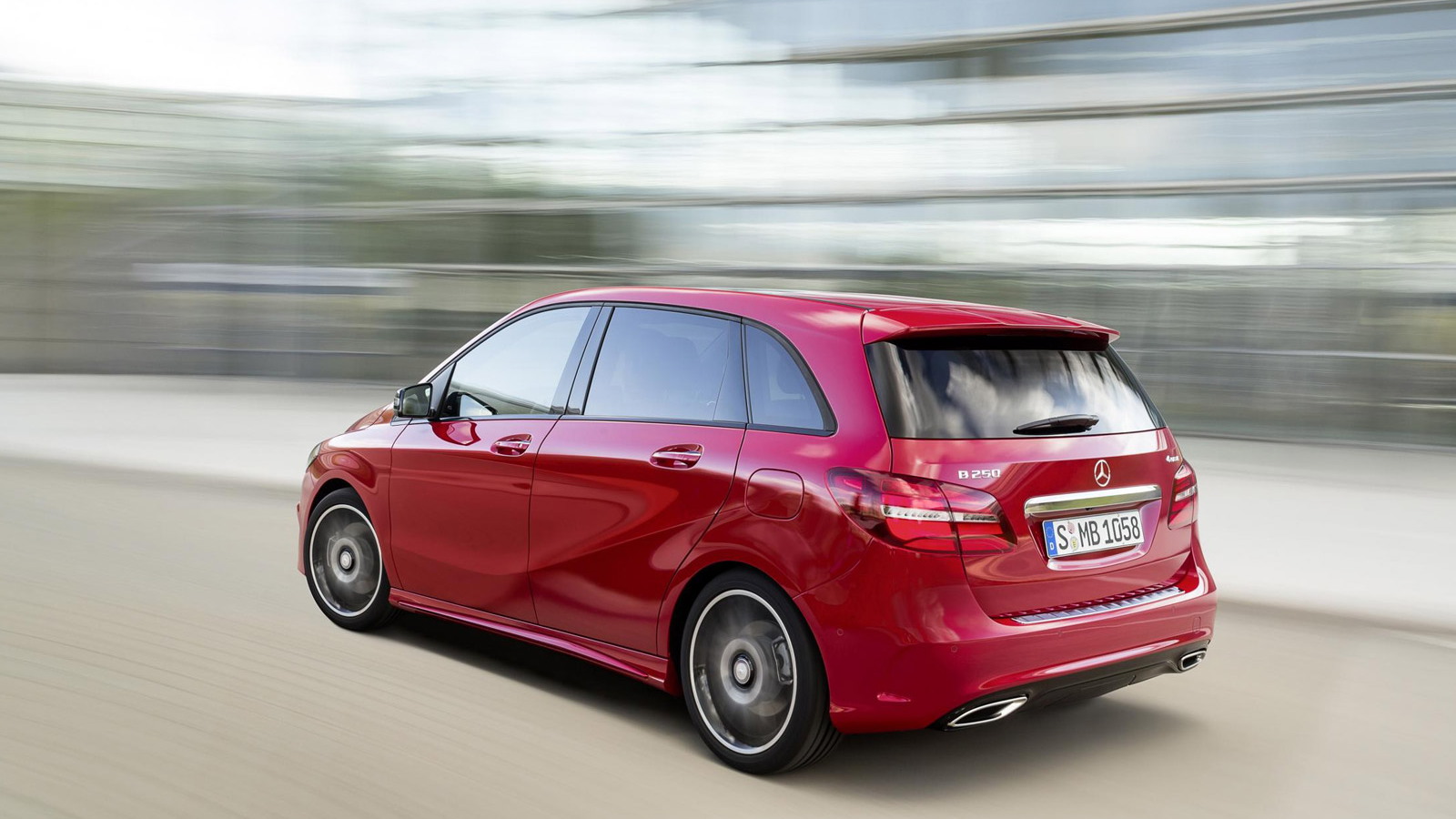 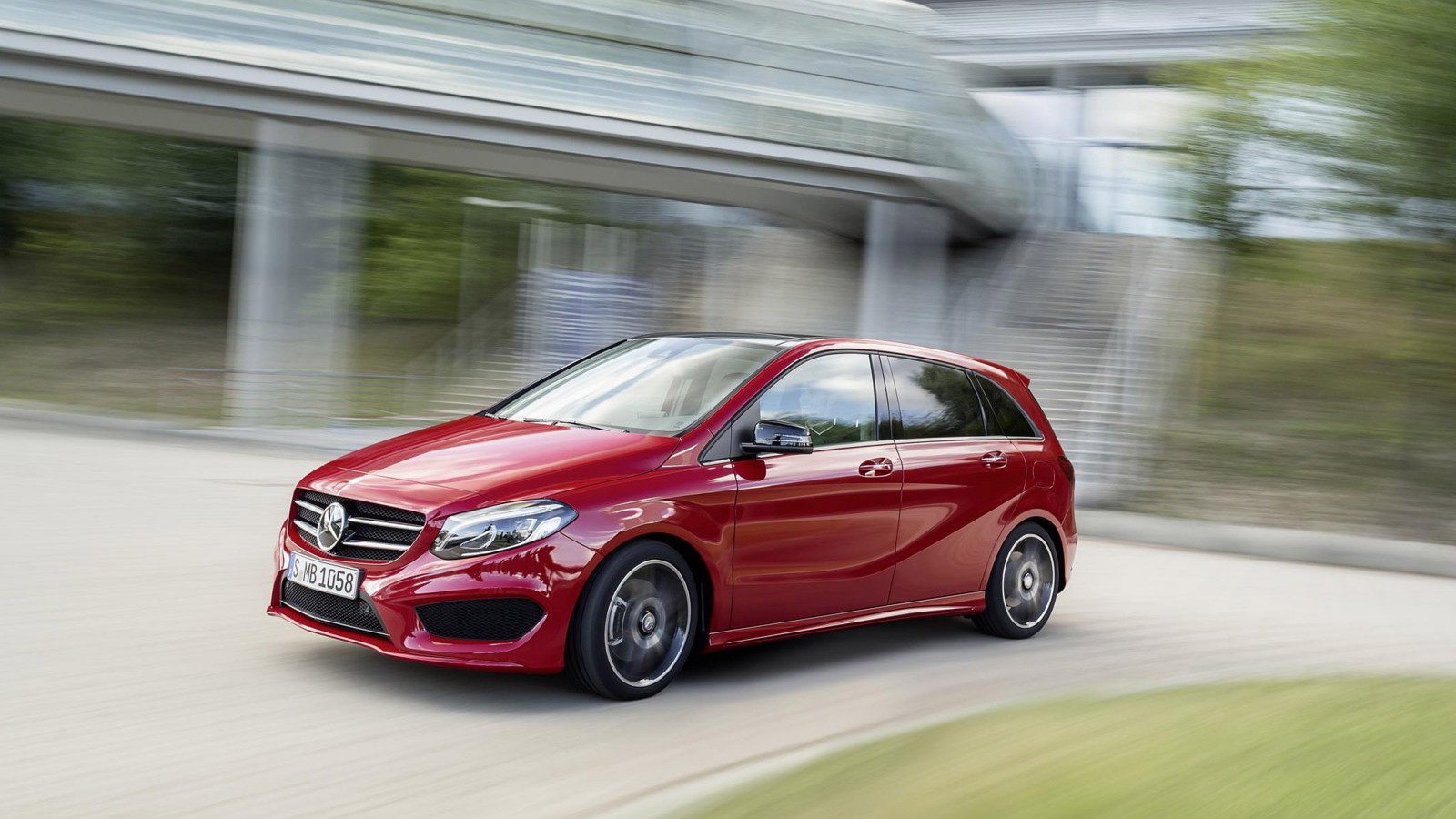 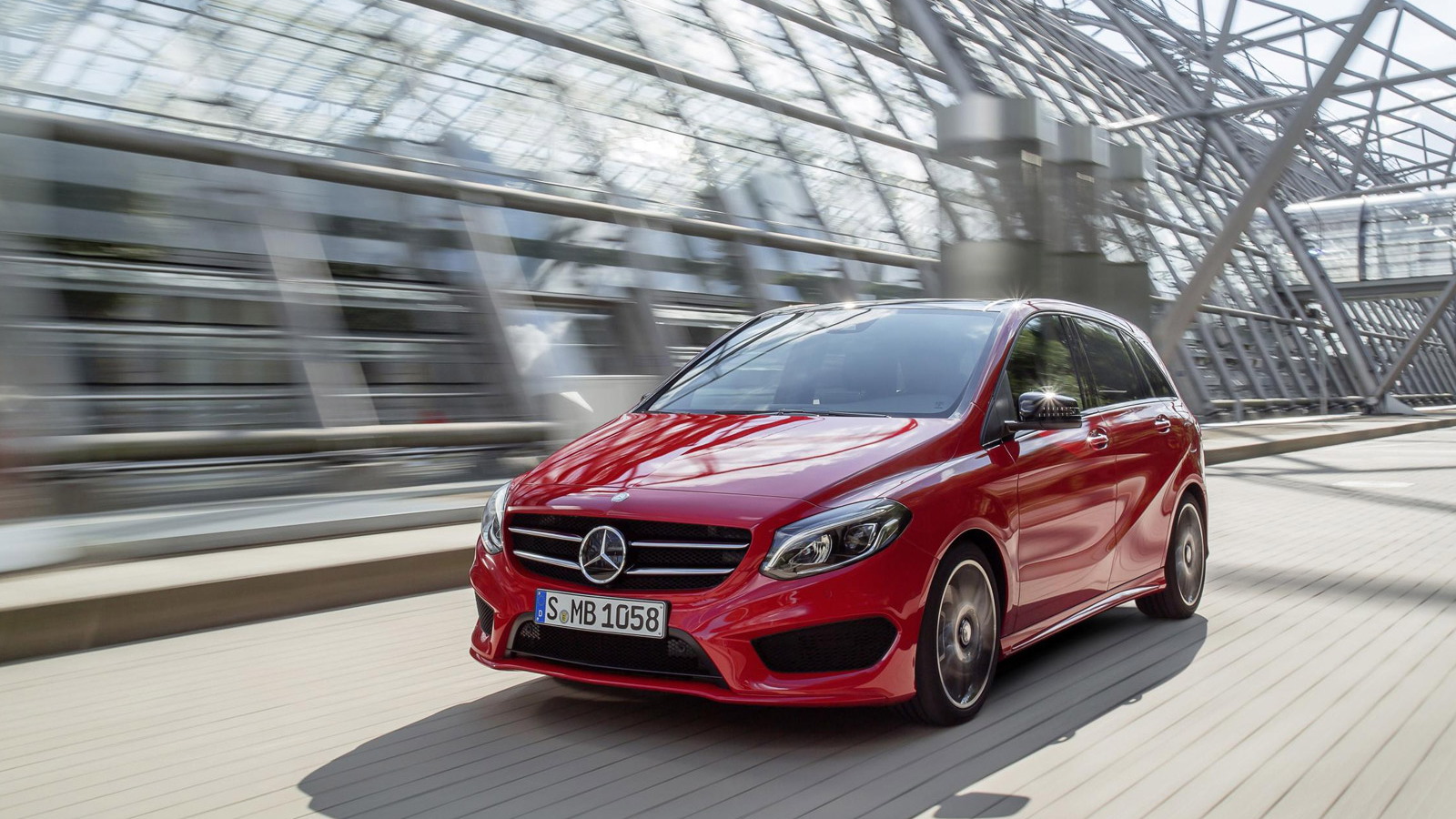 14
photos
Mercedes-Benz’s B-Class was launched on the U.S. market earlier this year in limited numbers, and exclusively in battery-electric guise, but the current version of the popular compact MPV has been on sale elsewhere since 2011. The vehicle has now come in for its mid-cycle update, which has seen it adopt a sporty new look that should help it compete with the recently revealed BMW 2-Series Active Tourer.

The updated B-Class will be shown for the first time at the 2014 Paris Auto Show next month and go on sale in Europe around the same time. We’ll likely see it in local showrooms for the 2016 model year, most likely still with electric power only. MPVs aren’t particularly a hot topic here, and compact ones even less so.

The easiest way to recognize the updated B-Class is from the front. The car gets a new bumper with larger intakes as well as a revised grille with two louvres and headlights with integrated daytime running lights. The headlights are now also available as LEDs for the first time. At the rear, the bumper is also new and features a contoured covering and an additional chrome trim strip.

Inside, the vehicle sports a larger display screen mounted to the top of the dash. The controller wheel has also been redesigned and buyers have much more personalization options to choose from. There is a choice of 12 colors for the ambient lighting, allowing different moods to be created.

In the area of technology, the updated B-Class can be ordered with a keyless entry and start function, an active braking system that can automatically apply the brakes when there’s risk of a rear-end collision, and an upgraded driver monitor that uses a five-stage bar display to visualize the driver's current attention level when highway driving.

Finally, the updated B-Class is also available with the latest version of the Mercedes connect me telematics system, launched back in March at the 2014 Geneva Motor Show. The available services include, among others, accident recovery, as well as service maintenance and incident management. For example, in an accident, occupants will be connected with a Mercedes-Benz Emergency Call Center in their country, which, if necessary, can then send position and condition of vehicle information to emergency departments. The system works automatically but can also be triggered manually.

As mentioned, the B-Class is offered exclusively with a battery-electric system in the U.S. The updated version of the vehicle, known as the B-Class Electric Drive, is yet to be revealed. For other markets, the updated B-Class offers three diesel engines, two gasoline units and the option of 4MATIC all-wheel drive. Front-wheel drive is standard. Transmissions options include a six-speed manual and seven-speed dual-clutch unit.