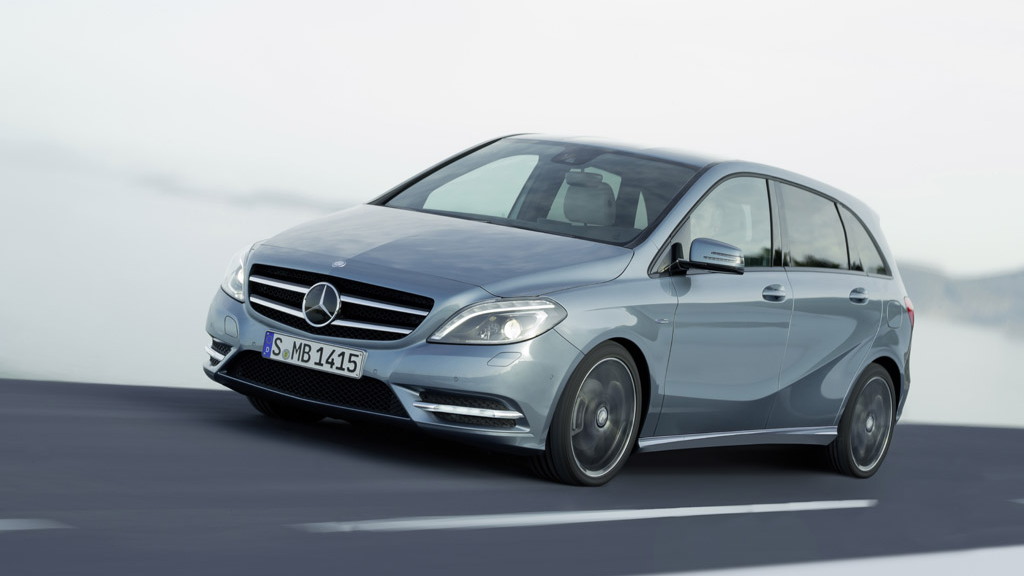 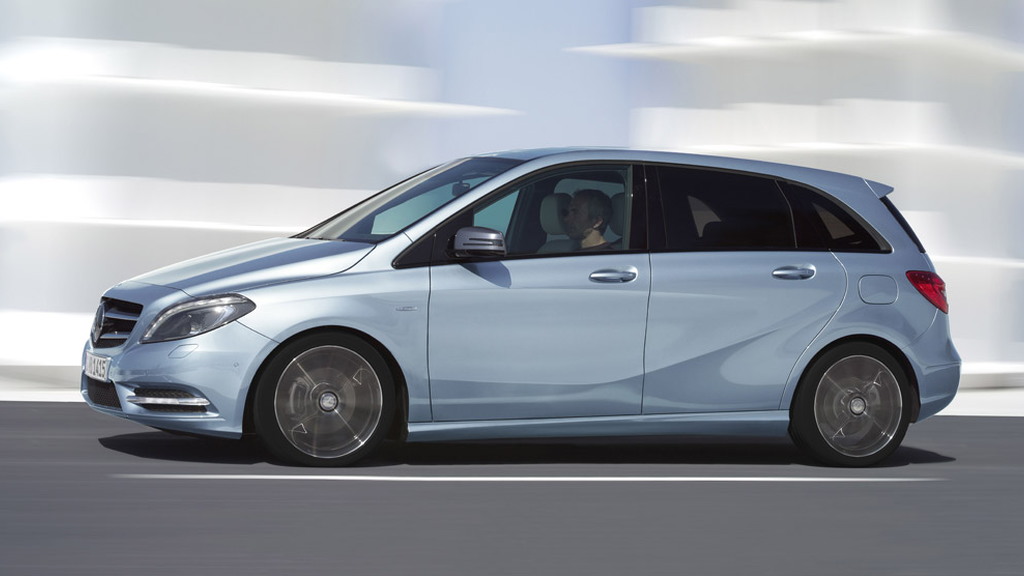 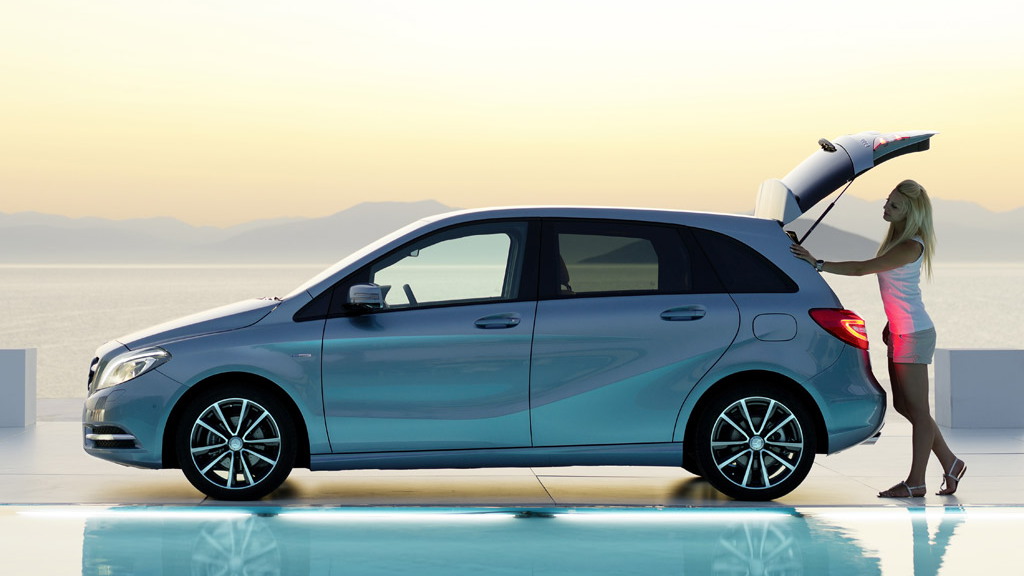 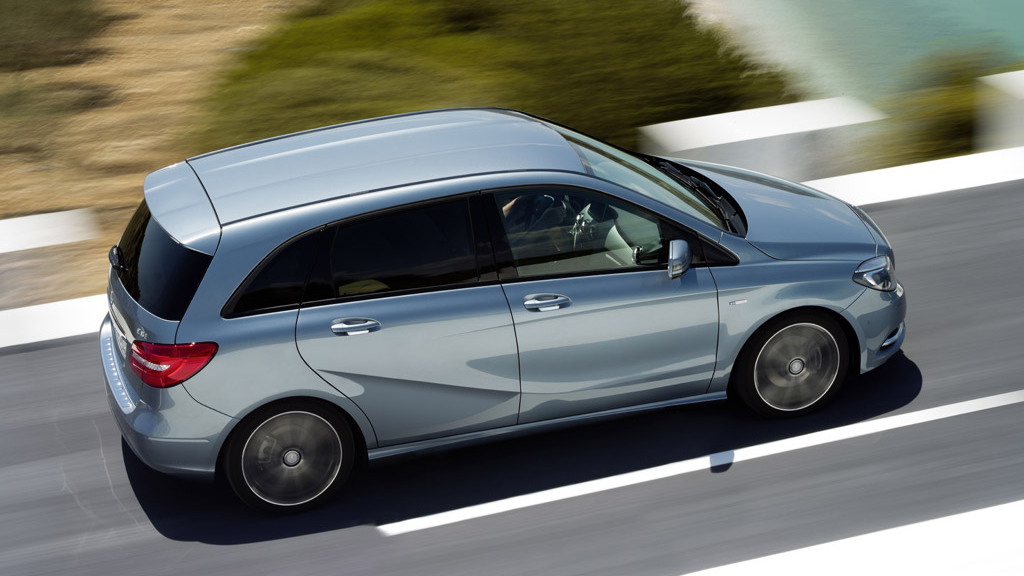 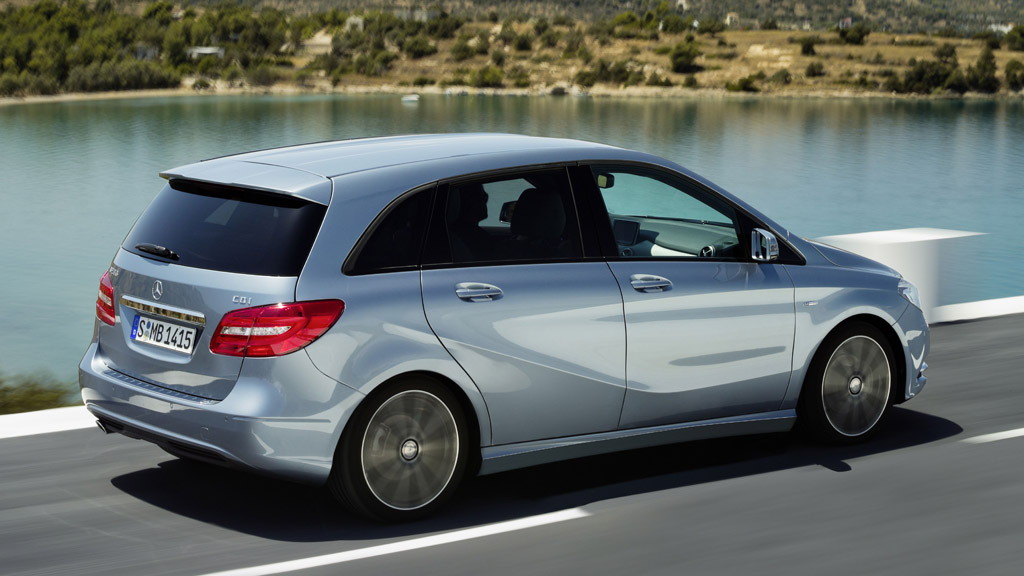 28
photos
The first of Mercedes’ future small car family, the all-new 2012 Mercedes-Benz B-Class, has been revealed ahead of its official world debut in just a few weeks at the 2011 Frankfurt Auto Show.

Substantially more agile and efficient than the model it replaces, the new B-Class is expected to draw in much more customers than ever before, including some in the U.S. potentially.

Mercedes-Benz has been consulting U.S. customers about the launch of its new B-Class in local showrooms since the start of 2010, and following the unveiling of the Concept A-Class at the 2011 New York Auto Show back in April, there were suggestions that up to four different Mercedes-Benz small cars could be coming.

As for this 2012 Mercedes-Benz B-Class, it is the first vehicle based on Mercedes’ new small car architecture.

Under its sculpted sheet metal is a new front-wheel drive platform codenamed MFA (Mercedes Frontwheel Architecture), which drops the sandwich construction of the outgoing model for a more conventional car-like design.

The end result is a lower vehicle height and sportier dynamics, plus plenty of space for five adults.

Overall dimensions measure in at 171 inches in length, 70 inches in width, and 61 inches in height. The drag coefficient (cd) is a very low 0.26 which is impressive for such a practical vehicle.

Overseas, the new B-Class will come with an engine lineup consisting of four-cylinder gasoline and diesel units, all turbocharged and fitted with direct injection technology.

Of the two gasoline engines, only the 156 horsepower version is likely to see U.S. sale, and the more powerful diesel could be potent enough to meet approval in terms of driving experience--especially when considered with the more important (for diesels) torque figure of 221 pound-feet.

Note, a high-performance AMG variant is rumored to be in the works.

A six-speed manual transmission is fitted as standard, though a seven-speed dual-clutch unit is available as an option, complete with engine stop-start technology.

Inside, there’s up to 23.5 cubic-feet of storage and the dashboard available in ARTICO man-made leather. Four equipment packages (Chrome, Sports, Exclusive and Night package) enable individualization according to personal tastes.

Beyond all the drivetrain specs and interior features, Mercedes has also packed the B-Class full of high-tech equipment, with a radar-based collision warning system and adaptive brake assist standard all included--the first car in the world to offer such a system as a base configuration.

The Collision Prevention Assist, as Mercedes calls it, uses radar to detect relative speeds to other vehicles and objects, and can calculate the rate of decrease in the gap to the obstacle. When the system sees a collision is imminent, it can apply the precise brake pressure needed to avoid or minimize the effects of a collision. It's even smart enough to tell the difference between bumper-to-bumper traffic and an emergency situation, so it won't annoy drivers by activating warnings when it's not needed.

Look out for the debut of the 2012 Mercedes-Benz B-Class at the upcoming Frankfurt Auto Show, press days for which kick off on September 13.

The MotorAuthority team will be on hand to bring you all the latest details on the new B-Class, plus much more. In the meantime, click here to follow our complete coverage of the show thus far.