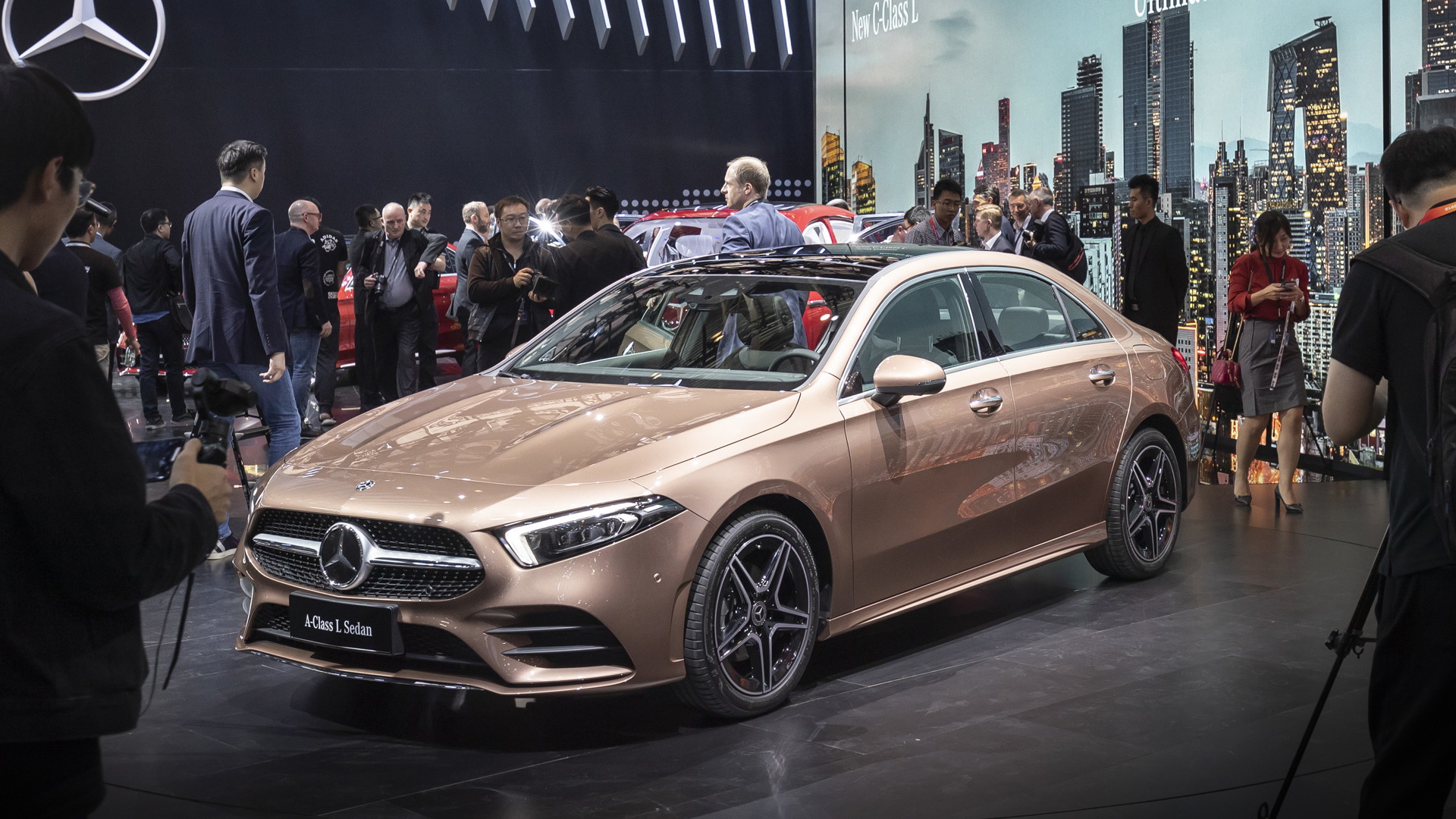 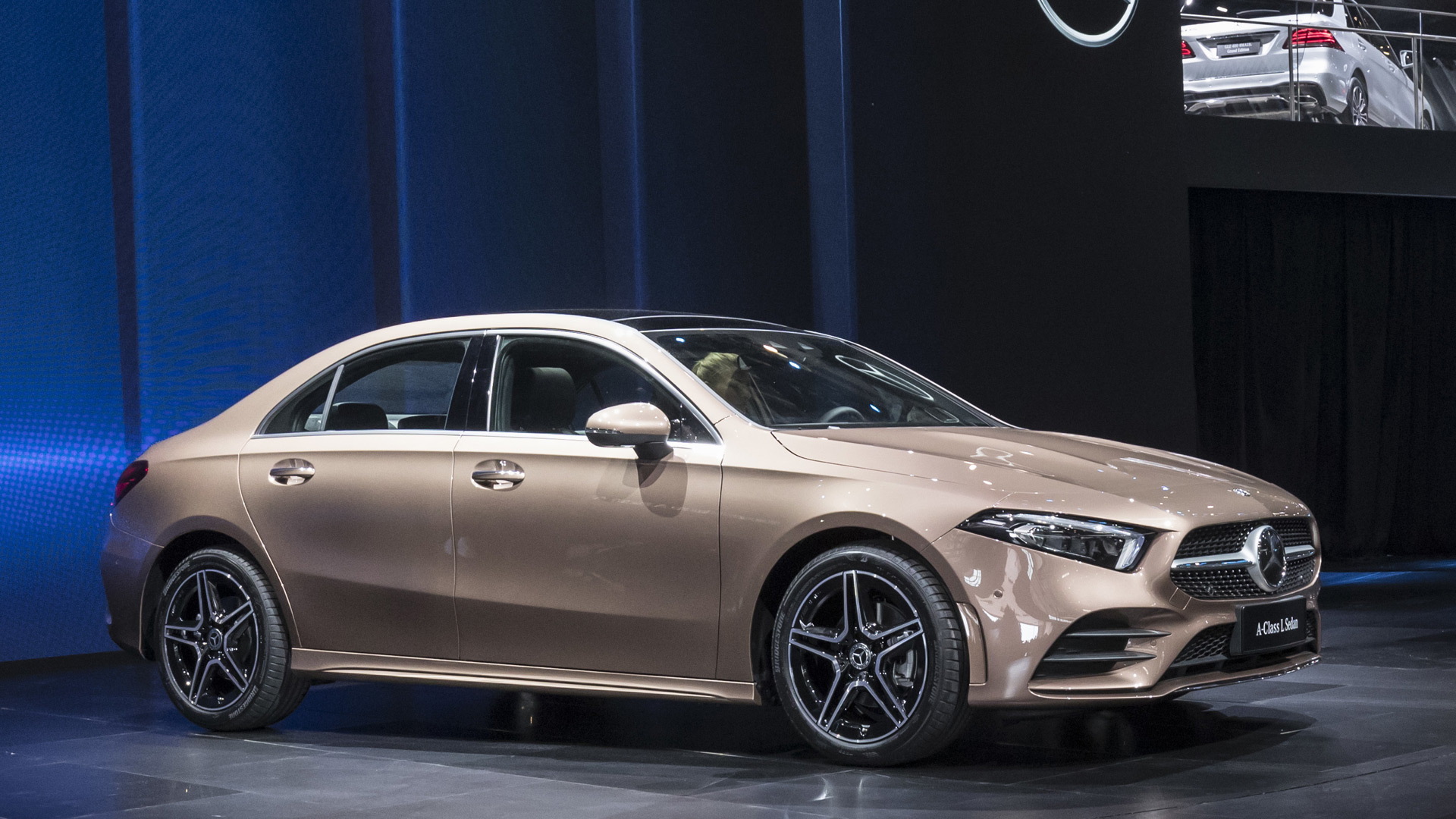 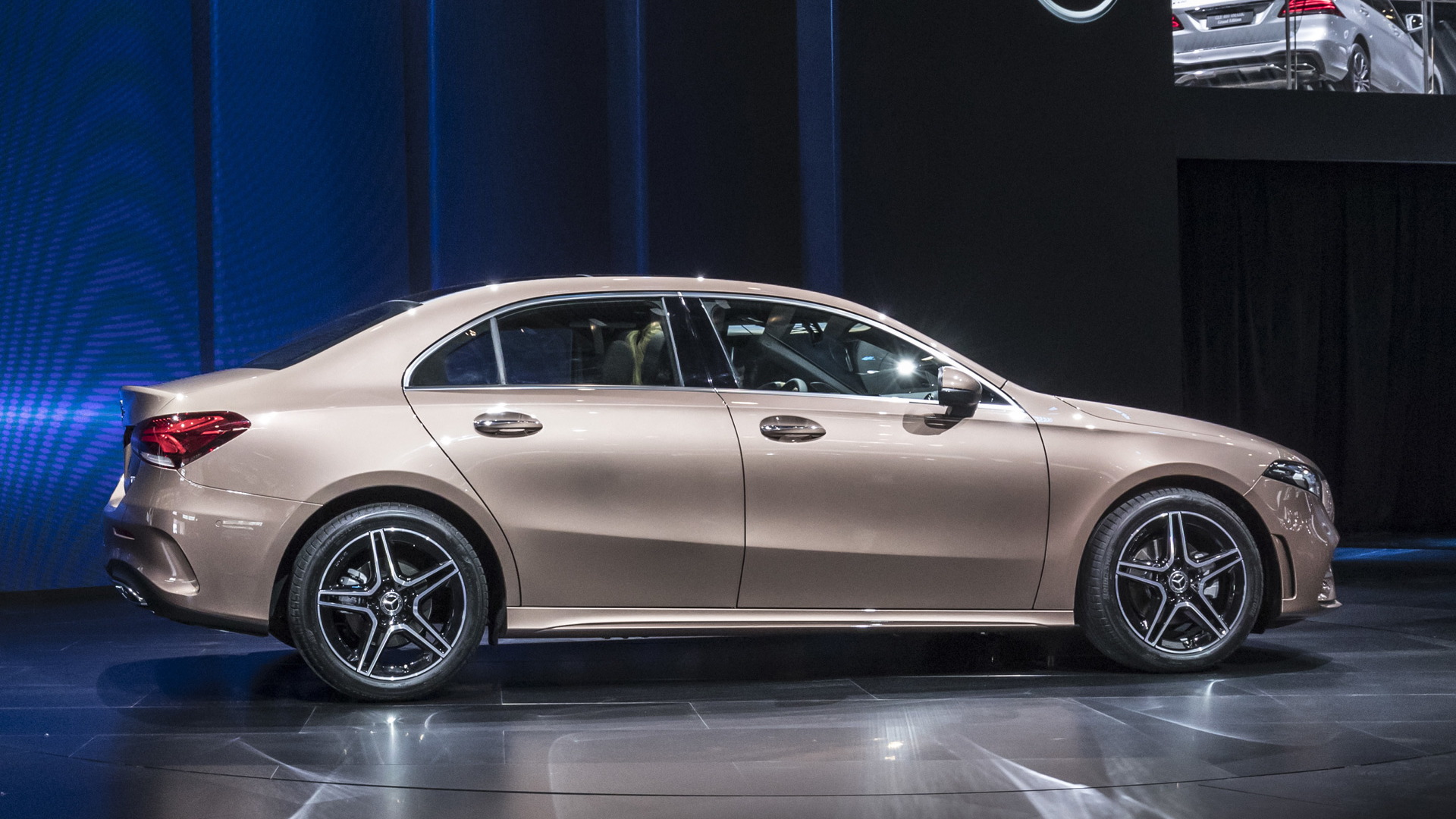 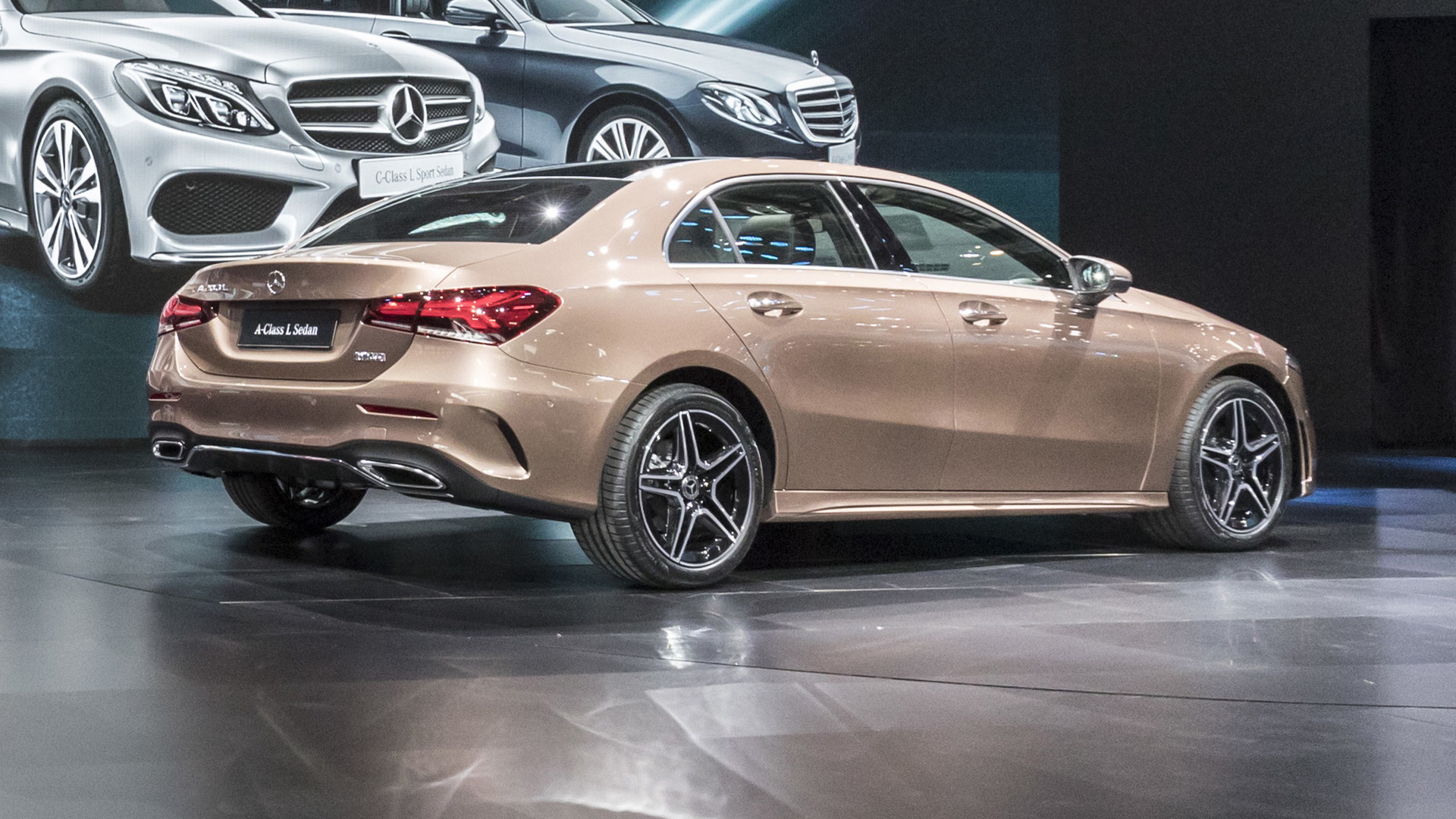 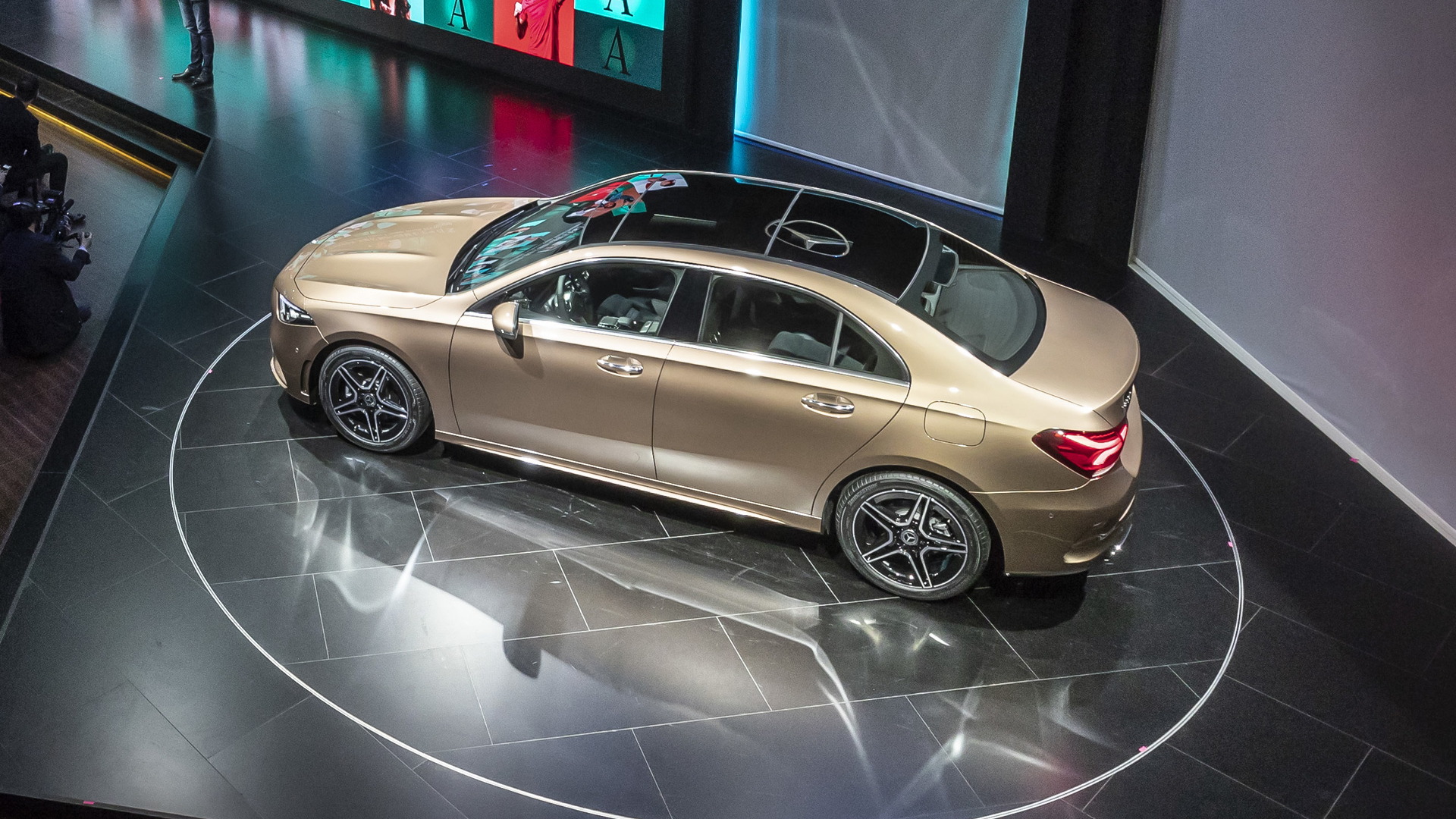 Mercedes-Benz revealed the new A-Class sedan on Wednesday at the 2018 Beijing auto show.

The version shown, known as the A-Class L, has been developed specifically for the Chinese market.

An A-Class sedan for the rest of the world will be revealed shortly. It's expected to reach showrooms in the United States this fall as a 2019 model, and when it arrives it should become the Three-Pointed Star's new entry-level option due to an expected starting price of about $30k.

The A-Class sedan is the second of eight body styles planned for Mercedes' new generation of compacts, the first being the A-Class hatchback revealed in February. And despite the addition of the A-Class sedan, Mercedes is planning a repeat of its coupe-like CLA. This model should bow sometime next year.

Underpinning Mercedes' new compacts is an updated version of the MFA (Modular Front-drive Architecture) platform used for the outgoing generation. Referred to as MFA2, the updated platform brings weight savings plus the capacity for alternative drivetrains.

Compared to the A-Class hatch, the A-Class L sedan has a slightly longer wheelbase: 109.8 inches instead of 107.44. It also sports a Chinese market-specific turbocharged inline-4 engine displacing just 1.33 liters and offering up to 163 horsepower. A turbocharged 2.0-liter mill with 190 hp will be offered later. A 7-speed dual-clutch transmission is standard across the range. The trunk space meanwhile is about 14.8 cubic feet.

The standard powertrain in the U.S. should be a 2.0-liter turbocharged inline-4 delivering about 224 horsepower to the front wheels via a 7-speed dual-clutch transmission. All-wheel drive will be available and standard on high-performance models from AMG. This time there is expected to be both 35 and 45 series from AMG, with the latter likely to deliver more than 400 hp.

Mercedes also used the Beijing auto show for the debut of its Vision Mercedes-Maybach Ultimate Luxury concept, which is thought to preview the next-generation GLS. For more from the show, head to our dedicated hub.