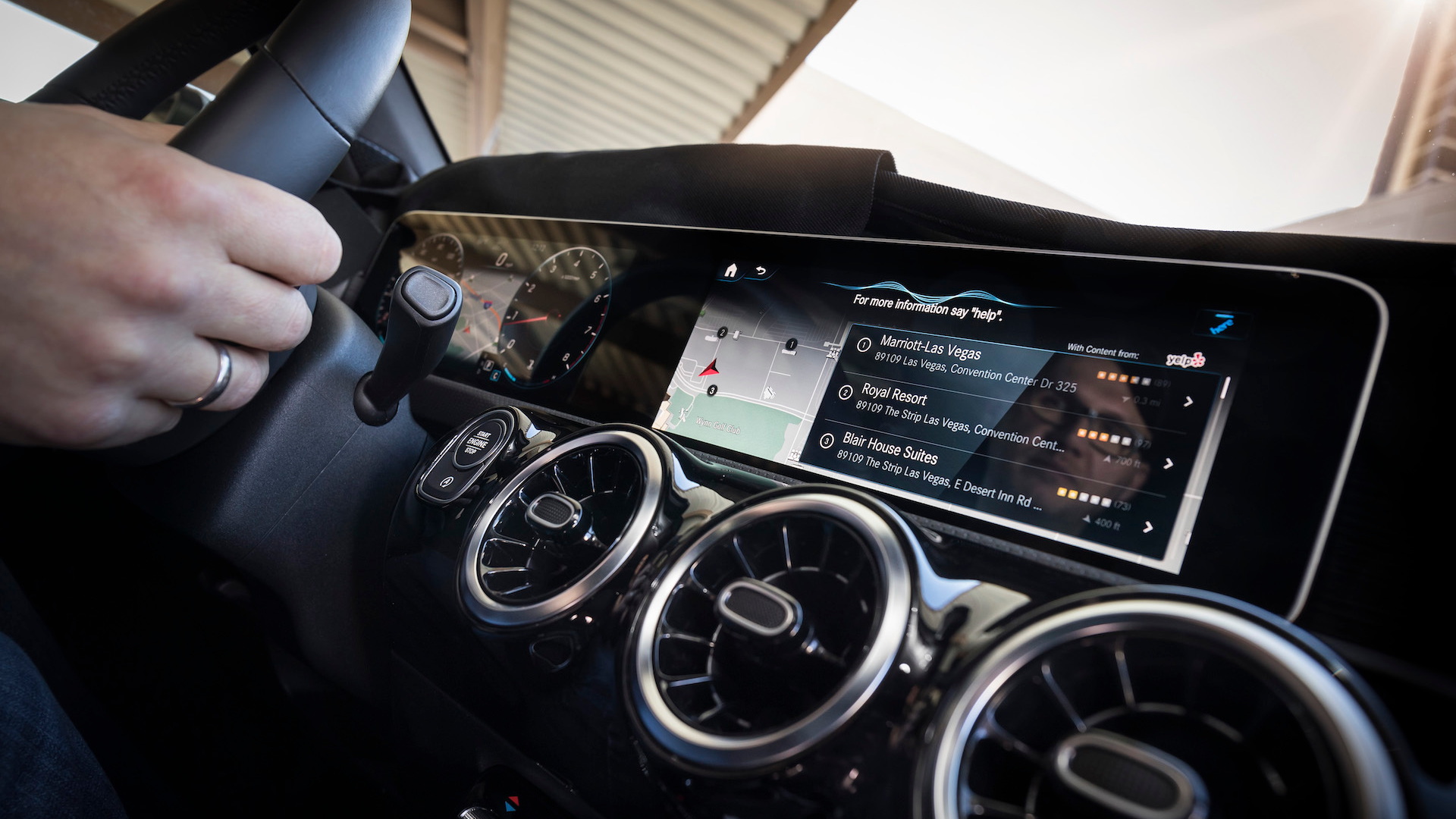 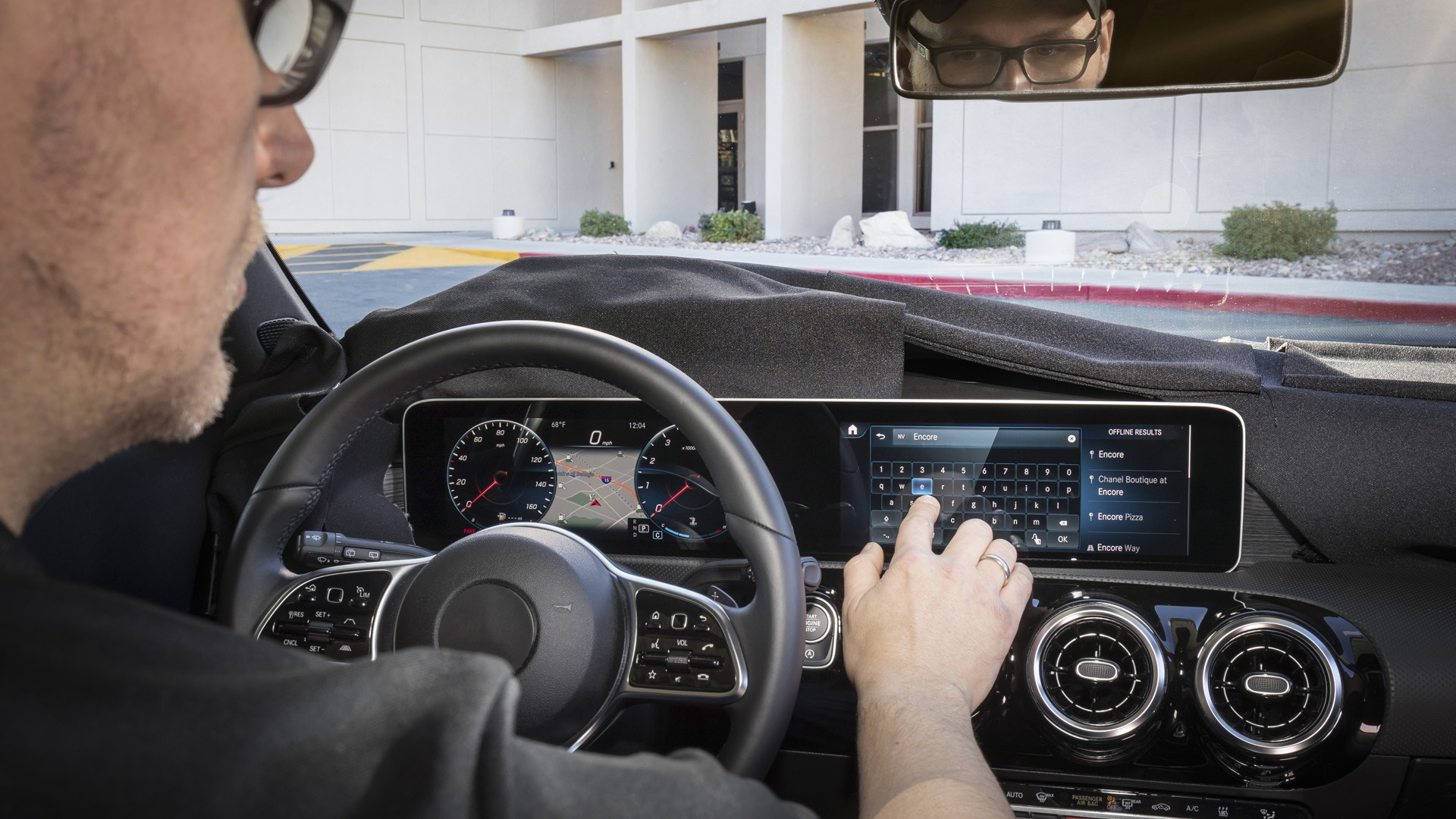 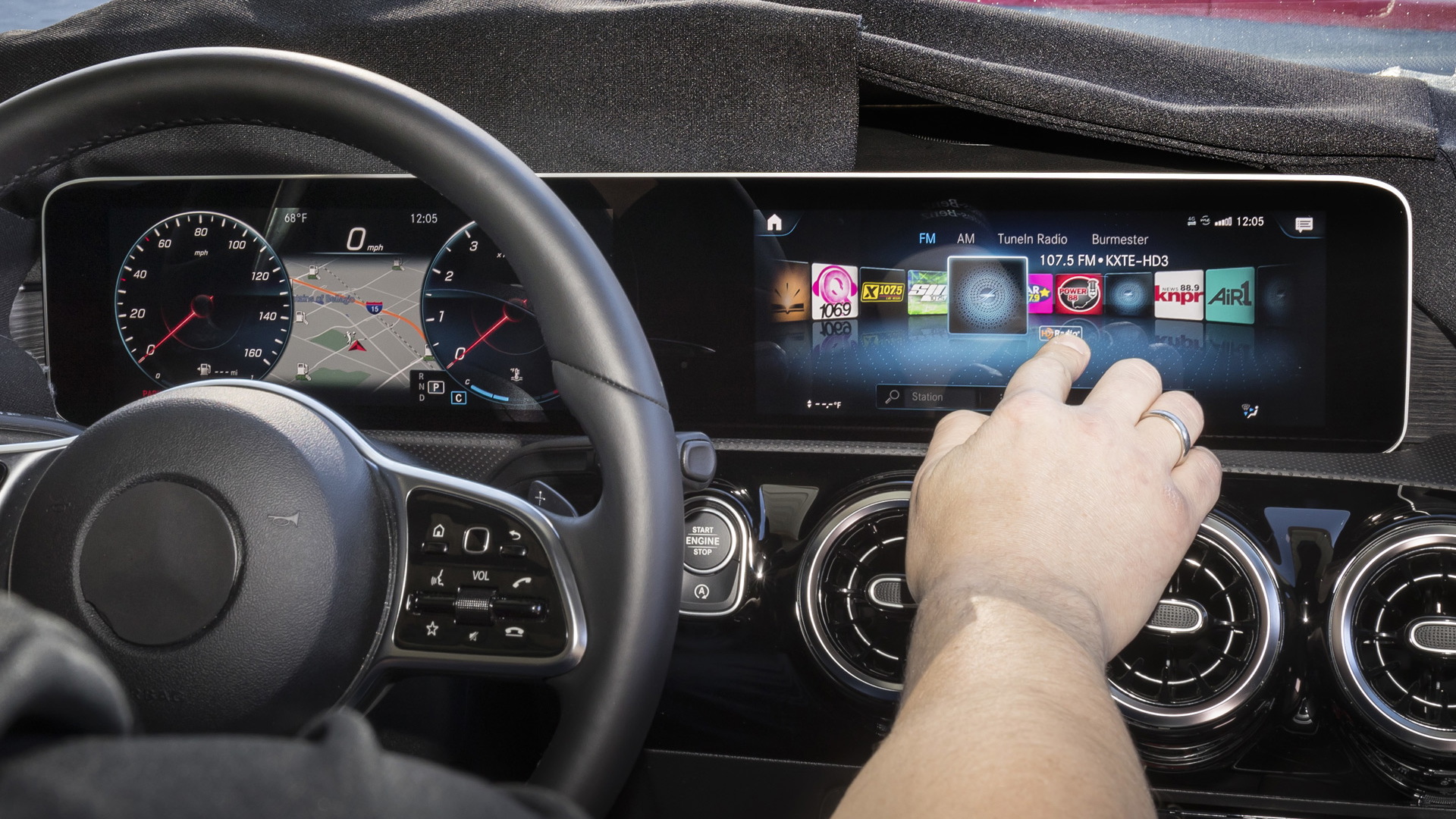 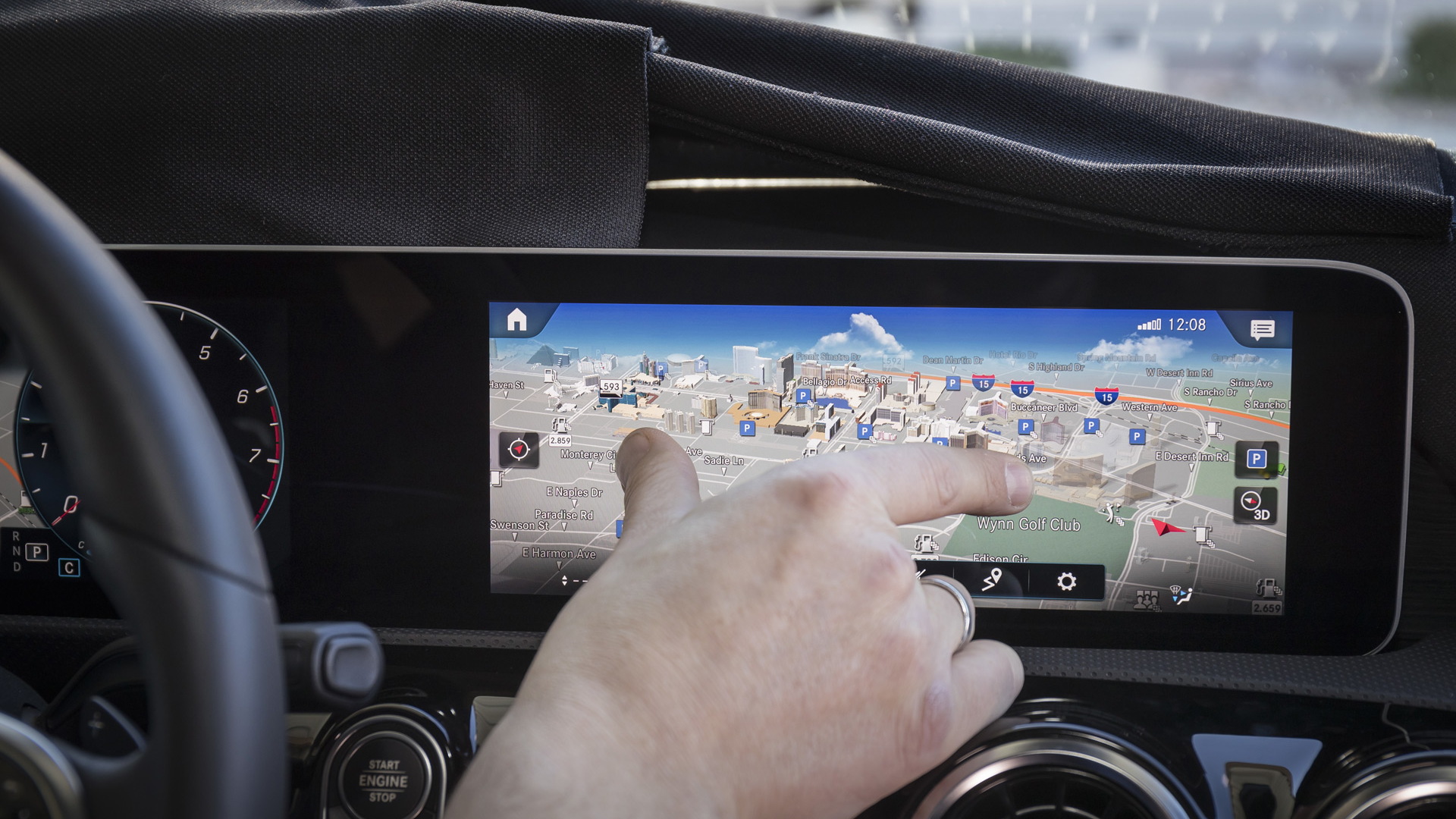 For years we have wondered why our cars' infotainment systems can't be as simple and smart as our phones. It took until 2018, but Mercedes-Benz has finally hit that target.

The answer is called Mercedes-Benz User Experience (MBUX for short), and it's the German automaker's new infotainment system, which will launch in the new A-Class subcompact later this year. The system was unveiled at the 2018 Consumer Electronics Show, and I had the opportunity to experience it in a camouflaged next-generation A-Class hatchback.

I slid into the camouflaged A-Class hatchback with Werner Preuschoff, lead engineer for the MBUX system, who asked if I was too warm. Having just trekked from the Las Vegas Convention Center to an off-site location, I admitted I was a bit warm. Preuschoff said, "Hey Mercedes, I'm too hot." The MBUX system immediately responded by lowering the temperature two degrees. Just to make a point, he then said, "Hey Mercedes, I'm still hot," and the system proceeded to lower the temperature two more degrees.

I had just witnessed what I felt was a turning point for in-car infotainment systems.

And that was just the tip of the iceberg. Once on the road, Preuschoff asked if I wanted to go to an aquarium. I said, "Sure." Who doesn't like seeing fish, am I right? He said, "Hey Mercedes, let's go to (insert random, obscure Canadian aquarium here)." The system took a second to process the odd, German-accented request, then pulled up the aquarium's address in Canada, and asked if it should start navigation.

All of the above worked flawlessly, just as it would had I used Google Assistant, Amazon's Alexa, or Apple's Siri. That said, it all moved a smidge slower in this car than it will in production as this was a German prototype car, which means it was taking a second to translate all the commands from English to German, and then back again. It was also struggling on the 4G LTE connection in Las Vegas, which was overloaded with CES attendees.

The system has two graphics chips, both provided by NVIDIA, 8 GB DDR4 ram, and a 6-core CPU with a Linux operating system. Two large 10.25-inch displays take up two thirds of the dashboard. The first sits in front of the driver and acts mostly as a virtual gauge cluster while the second sits in the center of the dashboard and features the typical infotainment features: climate, navigation, and audio.

Consumers often prefer the ability to choose how to interact with technology, and the screens feature three different input methods: touch-sensitive buttons on the steering wheel, a touchpad on the center console, and the center screen offers touch control. Of course, voice commands offer a fourth way to control functions as well.

Despite being a German prototype car, the system was fluid as Preuschoff pinched and zoomed the navigation screen's maps. As he zoomed in on the Las Vegas strip, the buildings began to take their 3D shapes, and the rendering on the screen look to me to be class leading, if not the best I've experienced to date.

Among the highlights of the system is the addition of what3words navigation. The complicated explanation is the system has the planet divided into 57 trillion square miles and each of them have their own three-word address. We'll have to test this system in the real world to learn more about it.

Apple CarPlay and Android Auto are on board, though I can honestly say MBUX almost makes it feel like you don't need those interfaces. It's that good, and I can see drivers preferring to use it over those systems.

The system is connected through 4G LTE and will be upgradeable via over-the-air software updates. When asked if it will be 5G capable, Preuschoff said, "not initially, but when the standard rolls out and becomes widely used, the car system will have it."

While the new MBUX system launches in 2018 with the A-Class, it will spread throughout the Mercedes-Benz lineup. The CLA-Class will be among the next to get it, then it will filter through the lineup as each model line is refreshed or comes into its next generation. The overall system will remain basically the same car by car--system setup, inputs, software--but specific features might change for each vehicle line, and the screen sizes will potentially get larger in some of the larger vehicles.

The system incorporates artificial intelligence to learn your habits over time, and you can customize the look and feel of the interface. It's connected to the cloud and your phone, and should you get into another Mercedes-Benz with MBUX, it will load your preferences and profile into that car.

In its current form, MBUX does not have vehicle-to-vehicle communication, but it does have vehicle-2-infasctructure communication for connected cities (a technology that will require the cooperation of the local municipalities now and in the future), along with the ability to find your parked vehicle today.

The future is here

It has taken awhile, but we are now entering an era in which at least one in-car infotainment system is as good as your smartphone. This is just the beginning, but after a first taste, it's clear Mercedes-Benz is about to make every other vehicle's infotainment system, including its own system in its current lineup, dated very quickly.