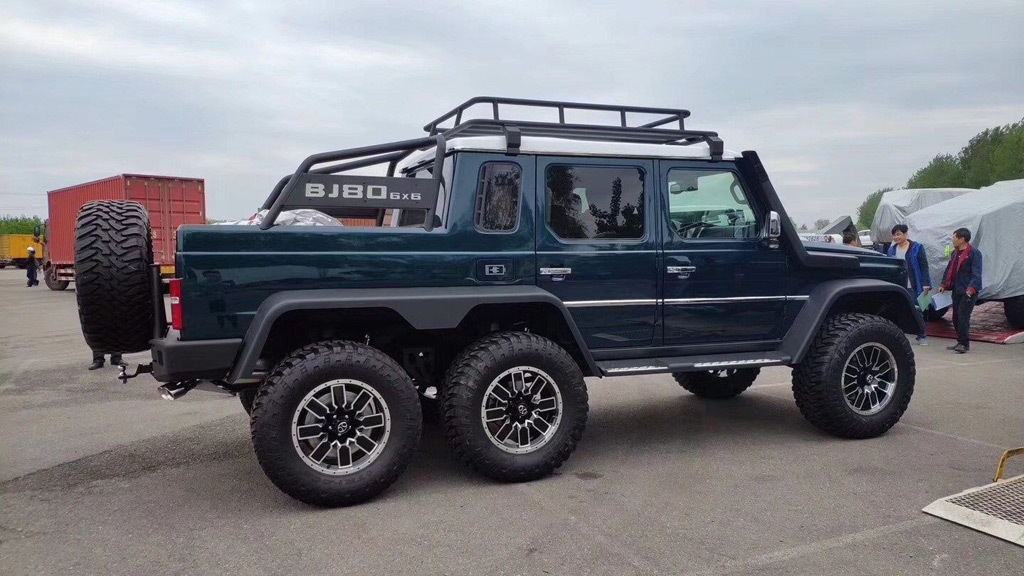 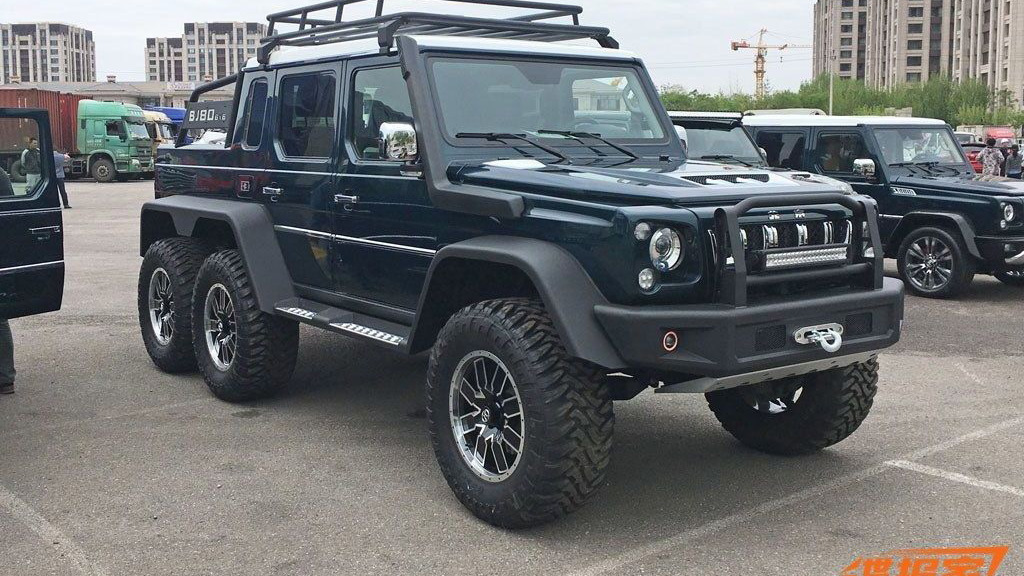 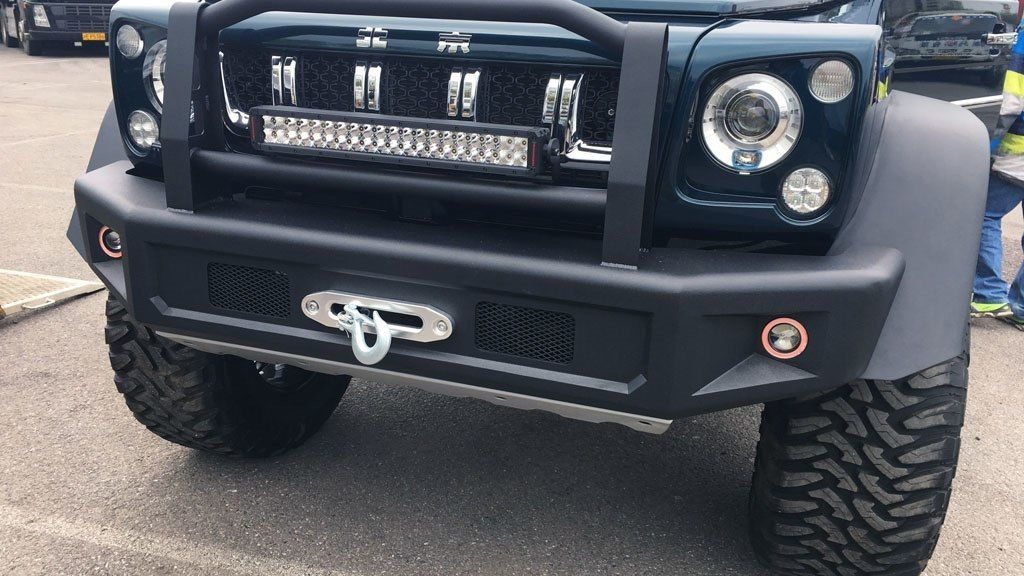 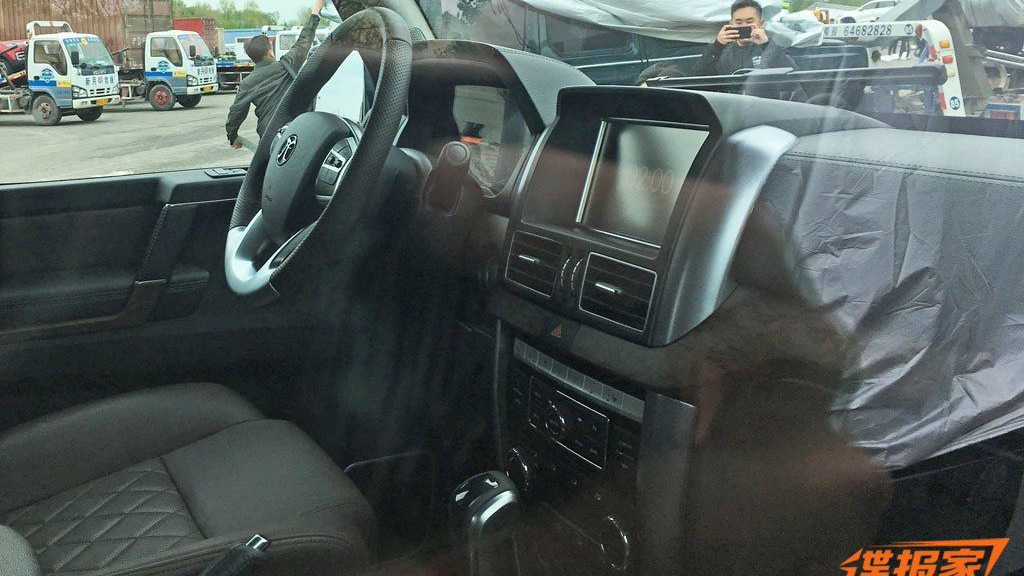 No, this isn't the monster G-Class cooked up by the mad boffins in the Mercedes-AMG engineering department. Instead, this is the copycat result cooked up by Chinese automaker BAIC.

BAIC has been selling a clone of the regular Mercedes-Benz G-Class for a number of years, under the name BJ80. But on Wednesday at the 2018 Beijing auto show, BAIC rolled out a 6x6 version that channels AMG's G63 6x6 first unleashed on the public back in 2011. (The design actually goes back further in military circles.)

However, while AMG's version of the truck has a twin-turbocharged V-8 power source, BAIC's BJ80 6x6 has a lowly 2.3-liter turbocharged inline-4 that's good for about 250 horsepower. The AMG G63 by comparison makes 544 horses. 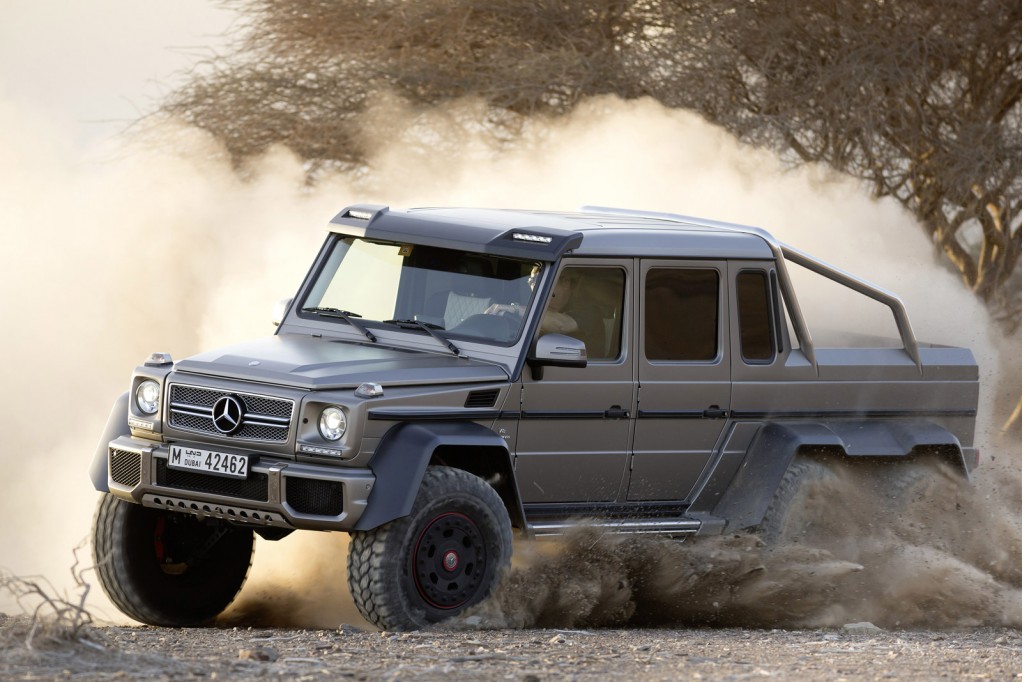 The rest of the details are scant at the moment, but we do admit to liking the front light bar and snorkel. Additionally, we're curious how BAIC's Daimler stakeholder feels about this "homage" to its own machine. Daimler owns 12 percent of BAIC, and the pair have a joint venture in Beijing Benz. The latter produces a handful of Mercedes models for the Chinese domestic market, though the G-Class is not one of them.

The BJ80 6x6 appears to be a BAIC-specific model as it's devoid of any Mercedes markings, though that boxy shape is pretty unmistakable. Even if it doesn't sound the part, by way of that little turbo four banger, the BJ80 6x6 certainly looks ready to tackle anything out there. Except perhaps some deep snow.