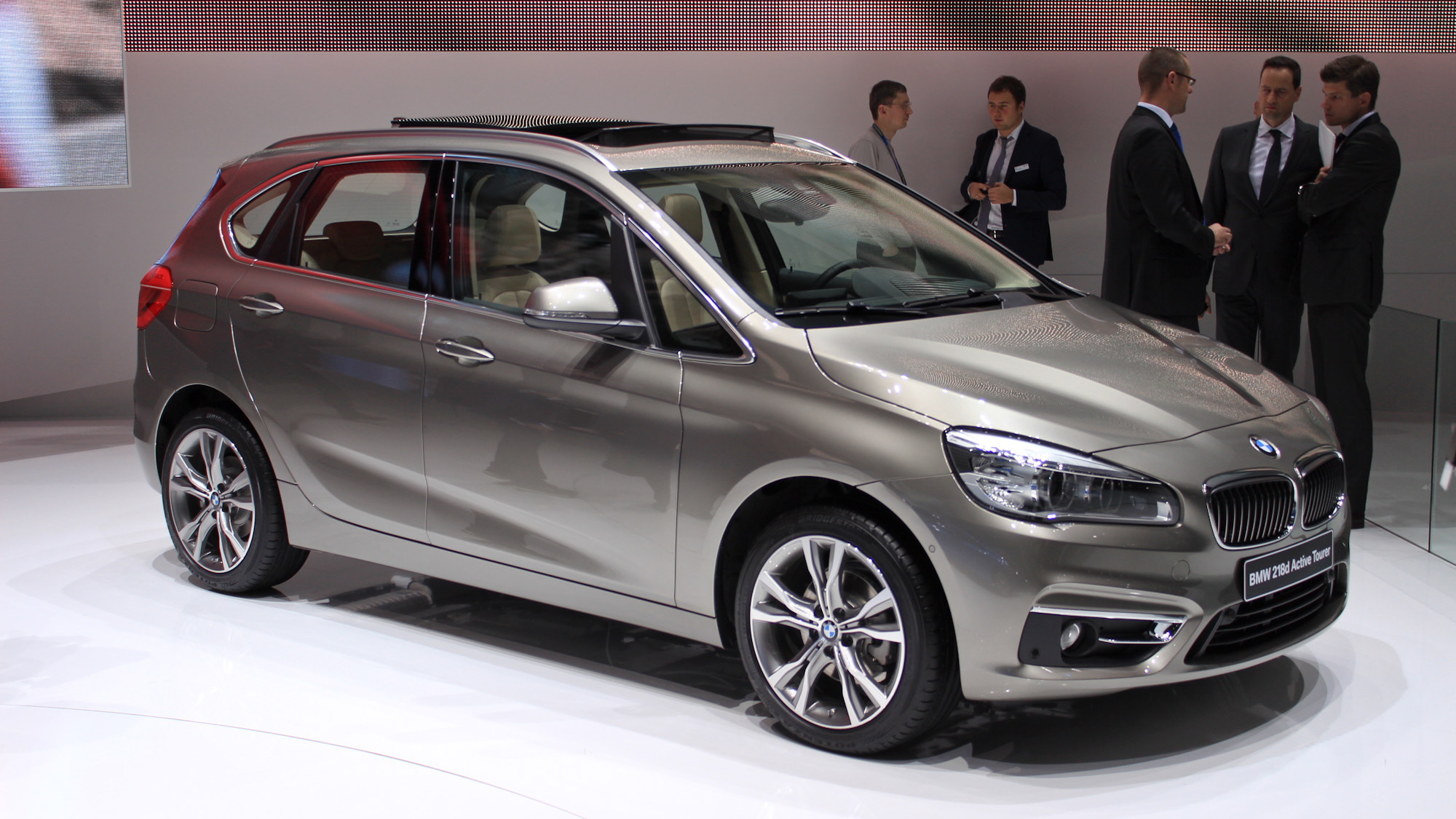 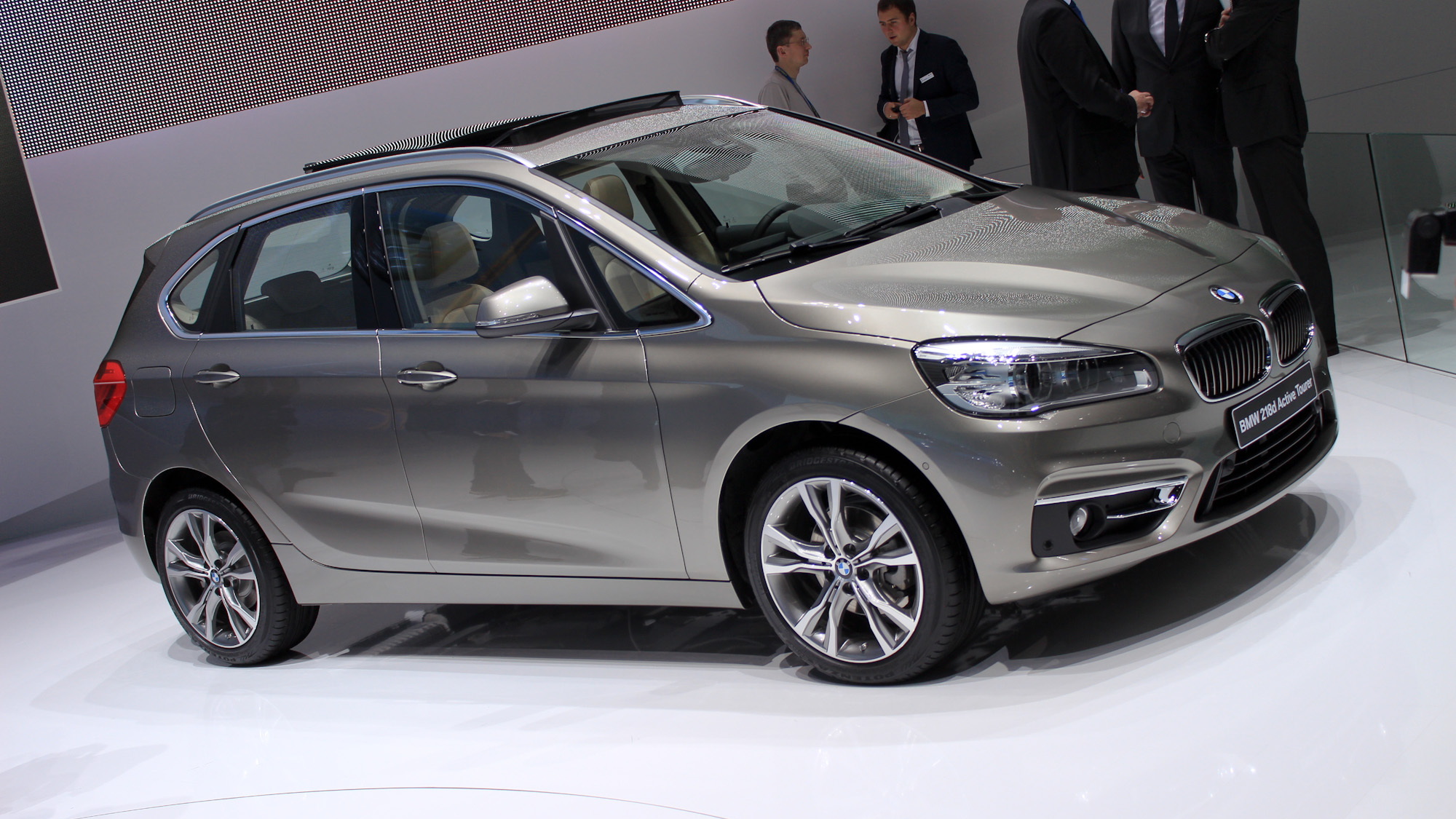 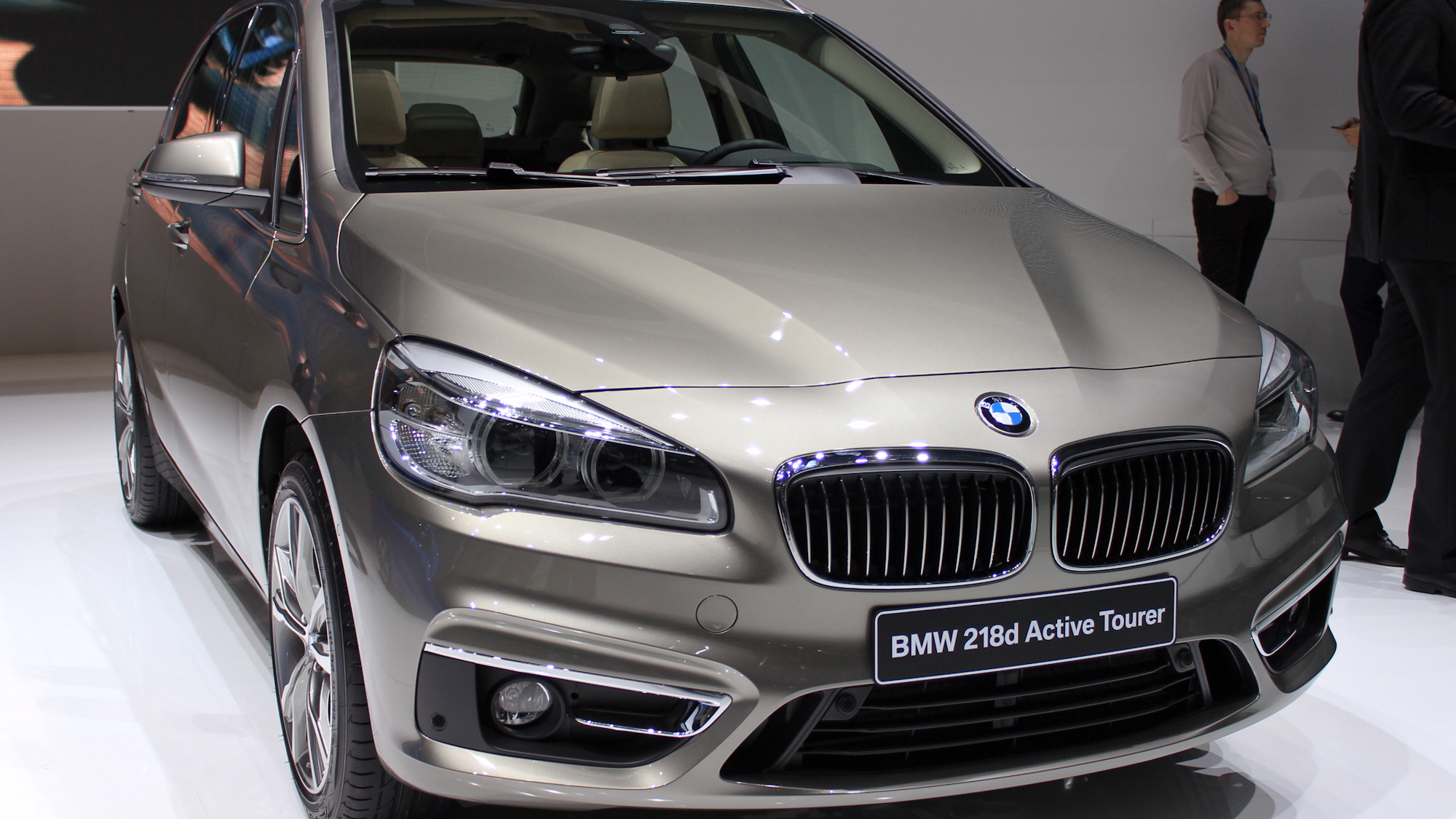 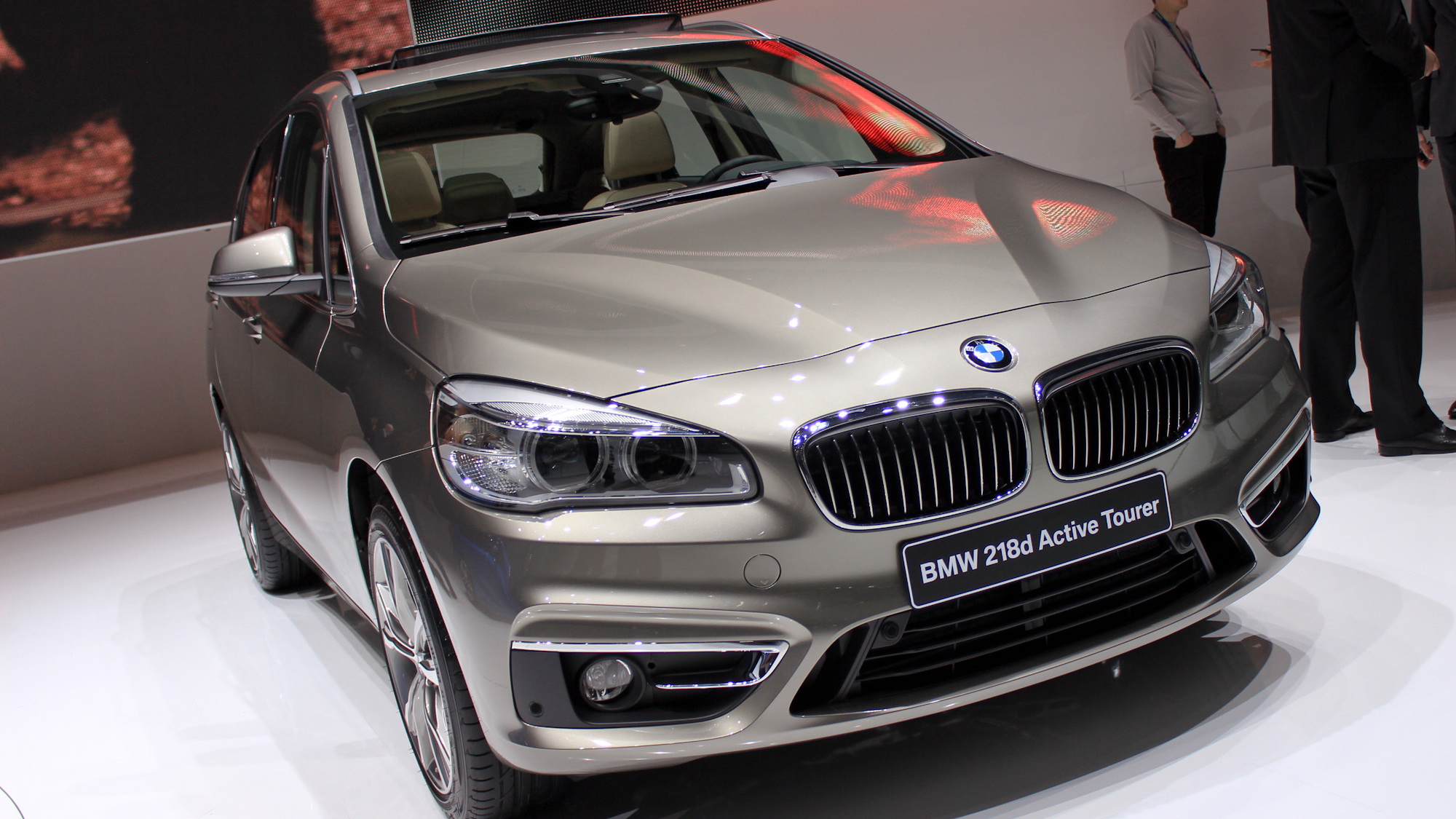 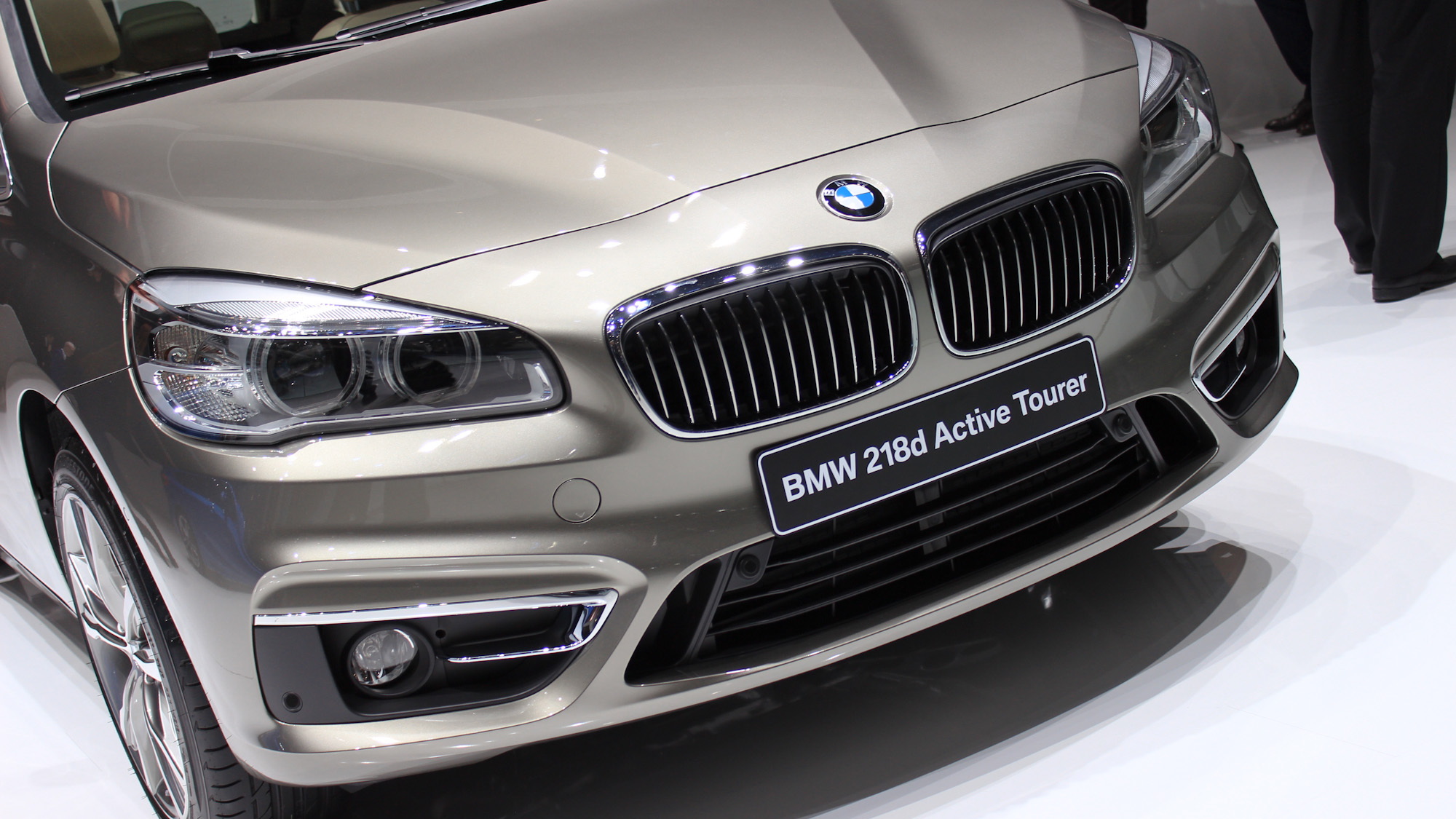 The first front-wheel-drive model to wear the BMW roundel is finally here, in the form of the new 2-Series Active Tourer, which debuted this week at the 2014 Geneva Motor Show. BMW first confirmed it was working on a FWD model as far back as 2010 and in between we were treated with a couple of thinly veiled concept versions of the car.

This production version goes on sale in Europe soon after its Geneva debut and will compete in the burgeoning compact MPV segment against the likes of the Ford B-Max, Fiat 500L, Mercedes-Benz B-Class and Volkswagen Touran. The good news--or bad, depending on your take on BMW’s move into the FWD market--is that the 2-Series Active Tourer is headed to the U.S. in 2015.

We recently reported on why BMW decided to designate the vehicle a 2-Series instead of a 1-Series, as was widely predicted. In case you missed it the reasons were due to the 2-Series Active Tourer being bigger than the current 1-Series hatchback sold overseas and set to cost more as well.

It is based on the BMW Group’s new UKL platform, which also underpins MINI’s third-generation Cooper and is expected to be utilized for the next-generation BMW X1. Measuring just 4,342 millimeters long, 1,800 millimeters wide and 1,555 millimeters in height, the 2-Series Active Tourer combines compact dimensions on the outside with a cabin capable of seating five adults in comfort and packing all of their gear. Further down the track a larger seven-seat model tipped to be called the 2-Series Gran Tourer will be launched.

The engine lineup at launch comprises three- and four-cylinder units, all of them turbocharged. The top model is the 225i and at the other end of the spectrum is a diesel-powered 218d. The 225i is powered by a turbocharged 2.0-liter four-cylinder delivering 231 horsepower. It will sprint from 0-62 mph in 6.8 seconds and reach a top speed of 146 mph. The standard transmission is a six-speed manual, though customers will be able to opt for an automatic.

BMW has confirmed that an xDrive all-wheel-drive option will be offered later in the year, and also in the pipeline is a hybrid variant. For those customers after some sporting dynamics, BMW will even offer an M Sport package for the car, which will add aerodynamic tweaks, light alloys, and M accessories in the cabin (see the blue car in the gallery above).

Being a BMW, the 2-Series Active Tourer is also available with a full suite of convenience and safety technologies. These include the ConnectedDrive driver assistant which comes with a camera-based cruise control system and traffic jam assistant, new app functions and a head-up display.

For more from the 2014 Geneva Motor Show, head to our dedicated hub.