Mark your calendars, as the Motor Authority team is headed to New York for the city’s annual auto show, which kicks off on April 16. Our coverage this year will be particularly intense as taking place within days of the New York Auto Show’s opening day will be this year’s Top Marques Monaco (April 17) and Beijing Auto Show (April 20), which all means more sneak peeks, more brand new '14 & '15 production models and more concept vehicles than ever before.

Here’s a rundown of what you can expect in New York this coming week, and don't forget to bookmark our dedicated New York Auto Show hub as well as follow us on Facebook and Twitter for all the latest updates. 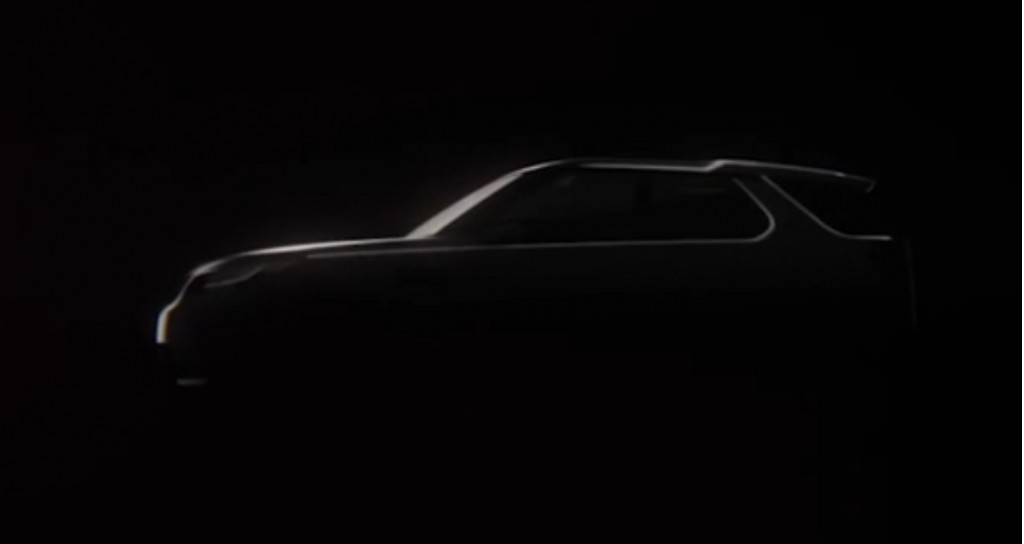 Land Rover Discovery Vision Concept: British automaker Land Rover recently confirmed that it will be using its Discovery nameplate for a family of vehicles going forward. In New York next week we’ll be treated with a new SUV concept that previews the look of the future Discovery family of vehicles. The first vehicle in the family will be the replacement for the LR2, and it should be followed shortly by a replacement for the LR4. Incidentally, the latter is already labeled a Discovery overseas. We're still waiting for the concept's reveal but we already know it will feature innovative 'see-thru' hood technology. 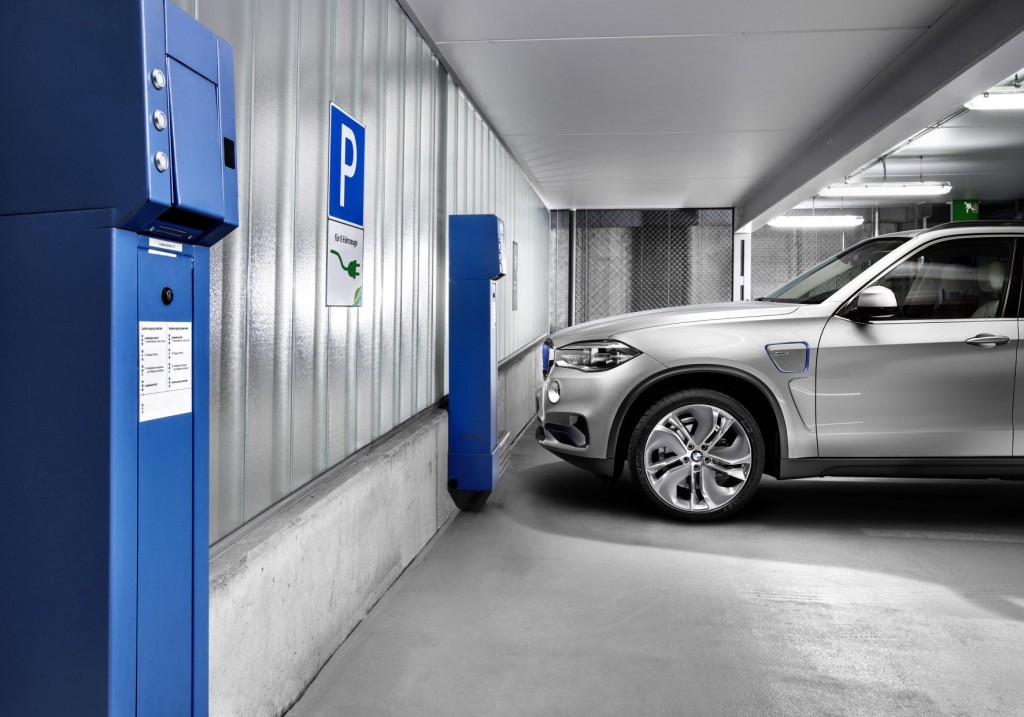 Updated BMW Concept X5 eDrive: BMW will present a “further refined” version of the Concept X5 eDrive at this week’s event in the Big Apple. We first saw the plug-in hybrid SUV concept at the 2013 Frankfurt Auto Show, and since then we’ve also seen prototype versions in testing. BMW’s chosen drivetrain for its X5 plug-in hybrid pairs a turbocharged 2.0-liter four-cylinder engine with an electric motor integrated with the transmission. Claimed fuel economy is 61.8 mpg for the European combined cycle, using a mix of gas-only, electric-only and hybrid modes. 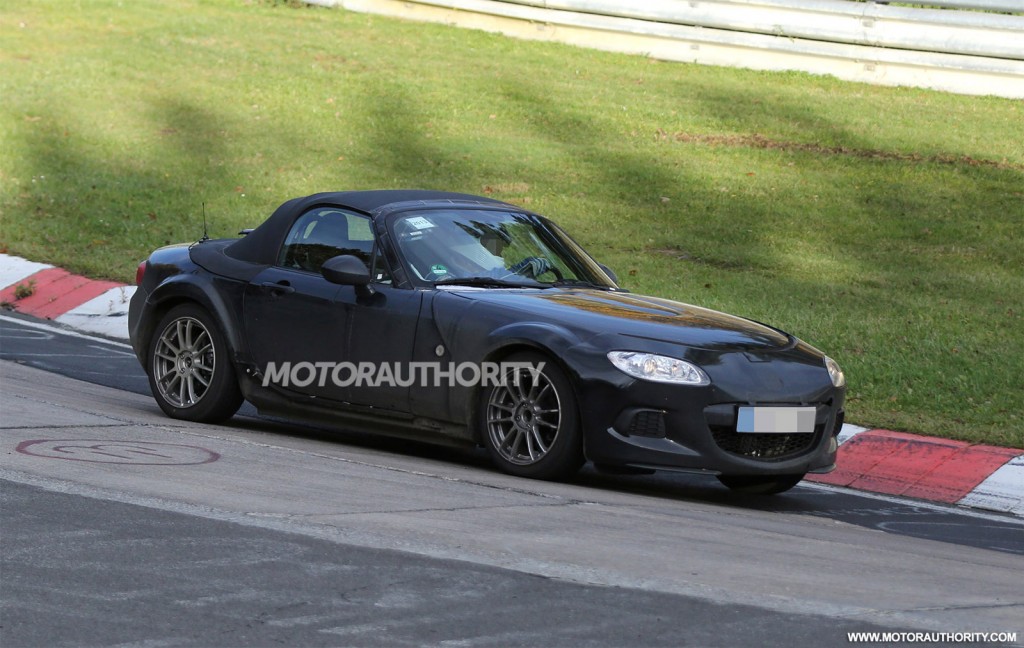 2015 Mazda MX-5 Miata Chassis: Though it’s yet to be confirmed, Mazda will reportedly showcase the chassis of its upcoming, fourth-generation MX-5 Miata sports car in the Big Apple. Compared to the outgoing model, a major change in the floorpan and locations of hard points are said to have been necessary in order to accommodate a new SKYACTIV engine and gearbox. The smart money is on Mazda going with a four-cylinder SKYACTIV-G gasoline unit, possibly displacing as little as 1.5 liters. Recently, we also heard that the new MX-5 will feature radically different styling to its predecessors. 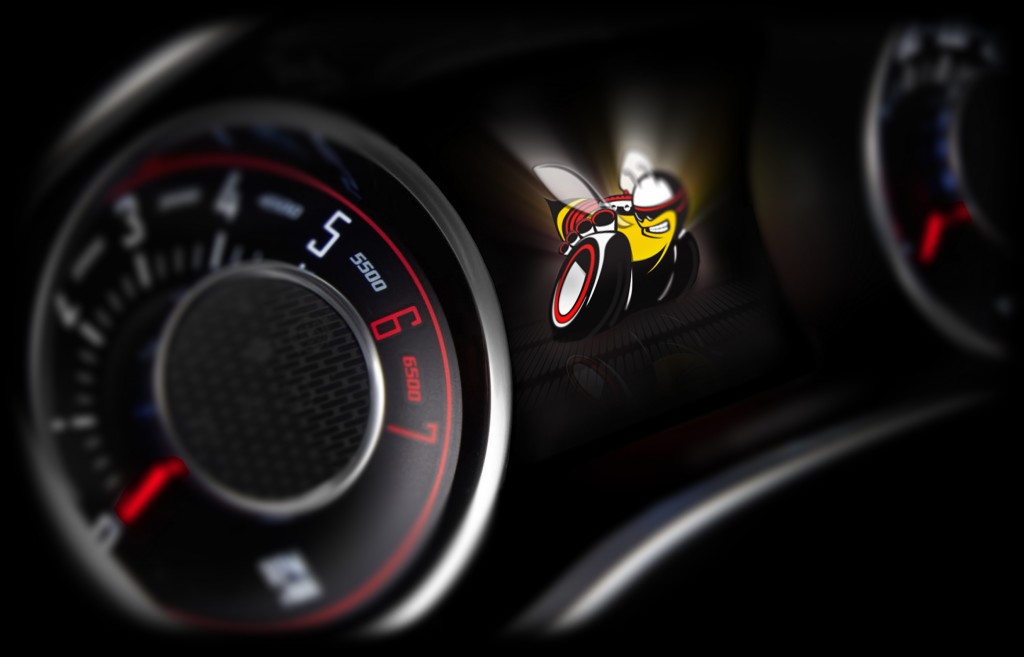 2015 Dodge Challenger, Charger: Dodge has confirmed that its updated Challenger muscle car will be shown for the first time at the 2014 New York Auto Show. Visual updates to the car’s styling will be minor but we can expect a revamped interior and more powerful V-8 engines. An eight-speed automatic will also be available, and word on the street is that a new supercharged HEMI V-8 delivering more than the Viper V-10’s 640 horsepower will be offered. A teaser image of the car has been released, showing a new instrument cluster with a digital screen. Interestingly, there's an image of a bee featured on the teaser, hinting that a new 'Super Bee' could be in the works. But the good news doesn't end there; we're also getting a substantially updated Charger in New York as well. 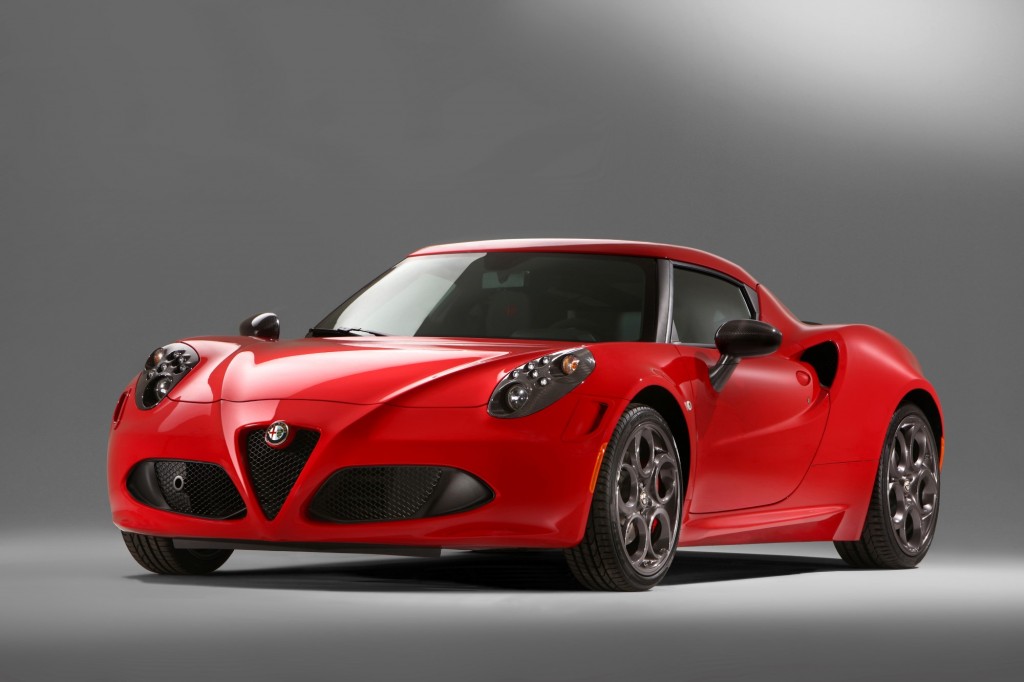 Alfa Romeo 4C: Italy’s stunning Alfa Romeo 4C sports car is about to touch down in the U.S. after months of delays, and it will do so this week at the 2014 New York Auto Show. The 4C’s unveiling also marks the end of the Alfa brand’s absence from the U.S. market since 1995 (not including the limited number of 8C Competizione supercars sold here in 2008), and, we hope, is the start of a new chapter filled with sporty Italian cars built with superb styling, strong performance and, most important of all, filled with passion.

2015 Chevrolet Corvette Z06 Convertible: Destined to be one of the stars of the show is the convertible version of the all-new 2015 Corvette Z06. Due to go on sale alongside the coupe version early next year, the Corvette Z06 Convertible is simply stunning. But it’s not just a looker as residing under its sculpted hood is a supercharged 6.2-liter ‘LT4’ V-8 engine good for at least 625 horsepower and 635 pound-feet of torque. 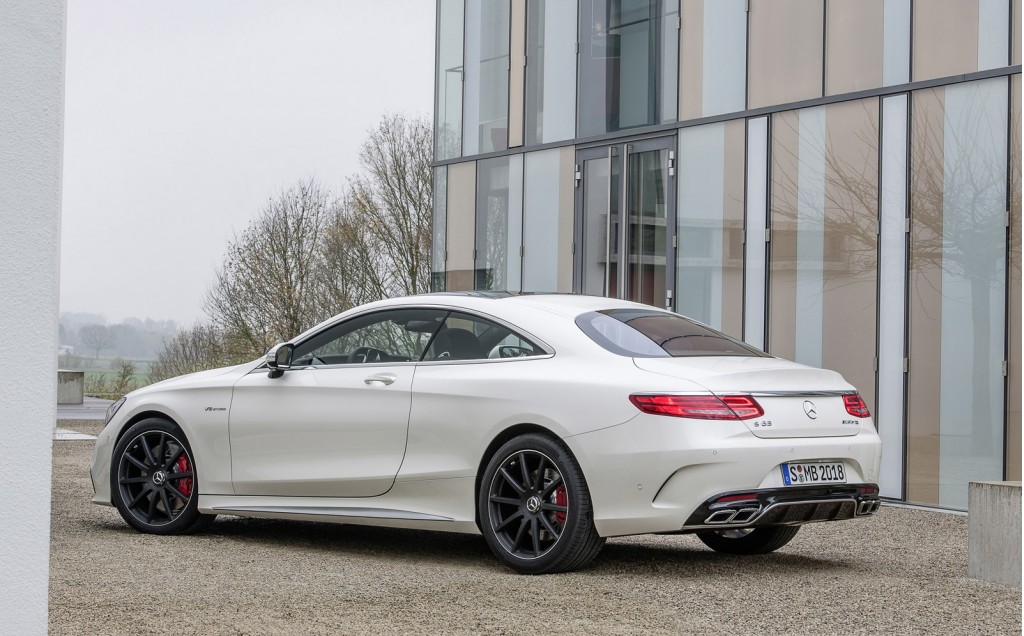 2015 Mercedes-Benz S63 AMG Coupe: Mercedes-Benz has already revealed the new AMG version of its stunning S-Class Coupe, but we’ll get our first look at it in the metal at the 2014 New York Auto Show. The big bruiser comes powered by a twin-turbocharged 5.5-liter V-8 delivering a massive 585 horsepower and 664 pound-feet of torque, and in the U.S. the car will come standard with 4MATIC all-wheel drive. 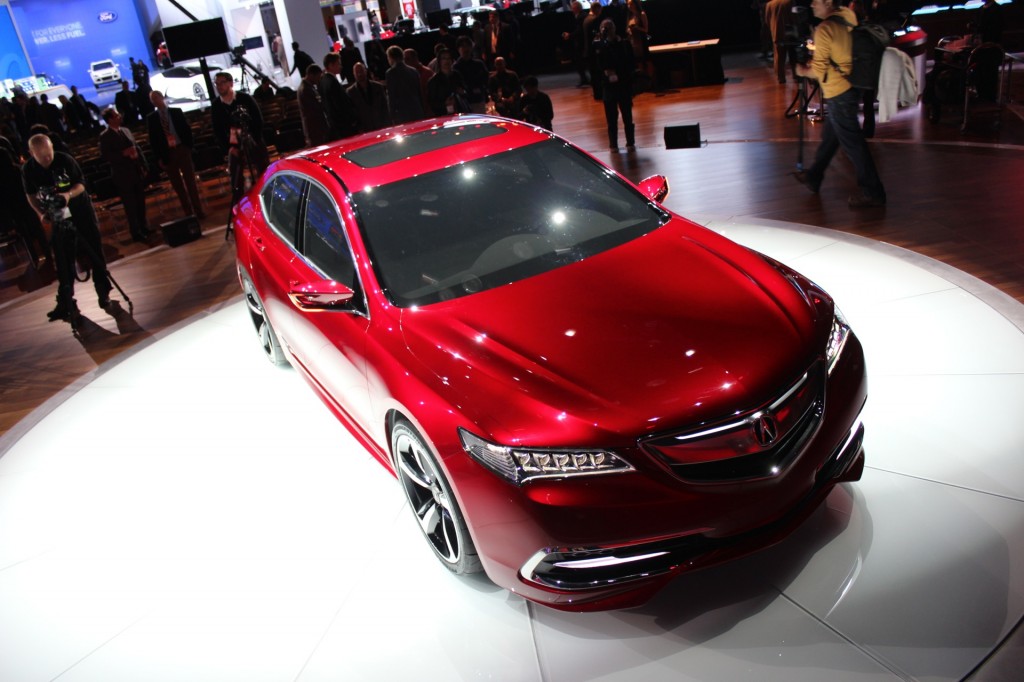 2015 Acura TLX: Back at January’s 2014 Detroit Auto Show we were treated with a thinly veiled ‘prototype’ version of Acura’s 2015 TLX sedan, the new midsizer that’s set to replace both the TSX and TL in Acura’s lineup. In New York this week we’ll see the production version of the car, which Acura has confirmed will be sailing into showrooms in the summer. The car will get its power from either a four-cylinder engine or V-6, and drive will go to the front wheels in standard form, with Acura’s Super-Handling All-Wheel-Drive (SH-AWD) system offered as an option. 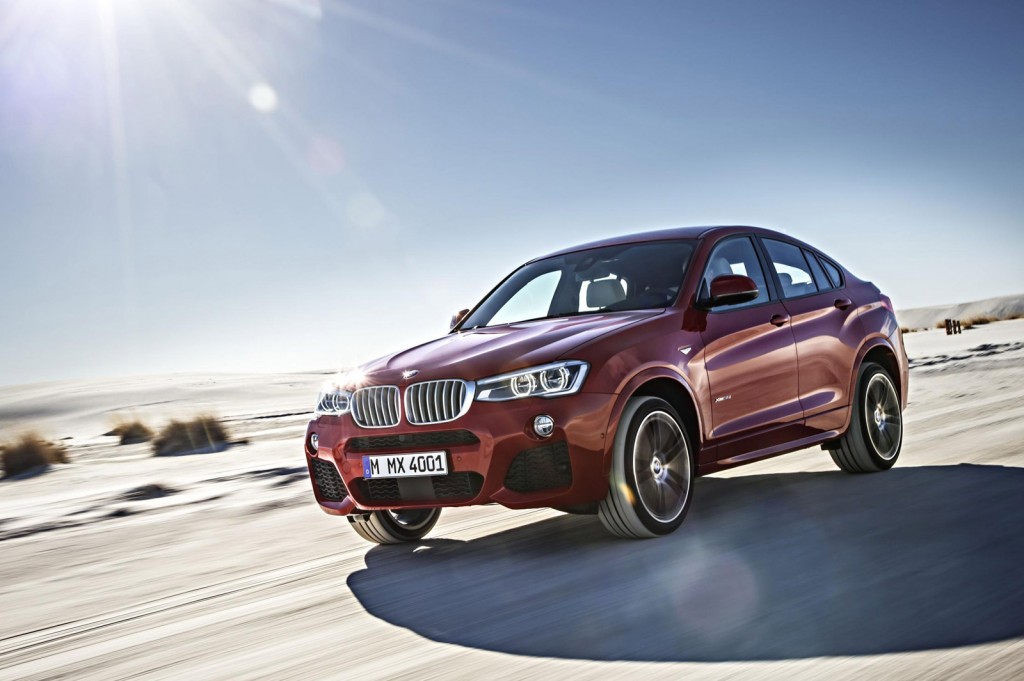 2015 BMW X4: The BMW X6, launched in 2008, has proven so successful that a host of rival automakers are working on similar models. BMW, however, has beat them to the punch yet again by launching a second coupe-like crossover, the all-new 2015 X4, which was recently revealed online and is scheduled for its world debut at the 2014 New York Auto Show. The X4 goes on sale this spring and features an engine lineup that mirrors that of the latest X3. This means a turbo four as the base engine, and a turbocharged straight-six for those seeking more power. 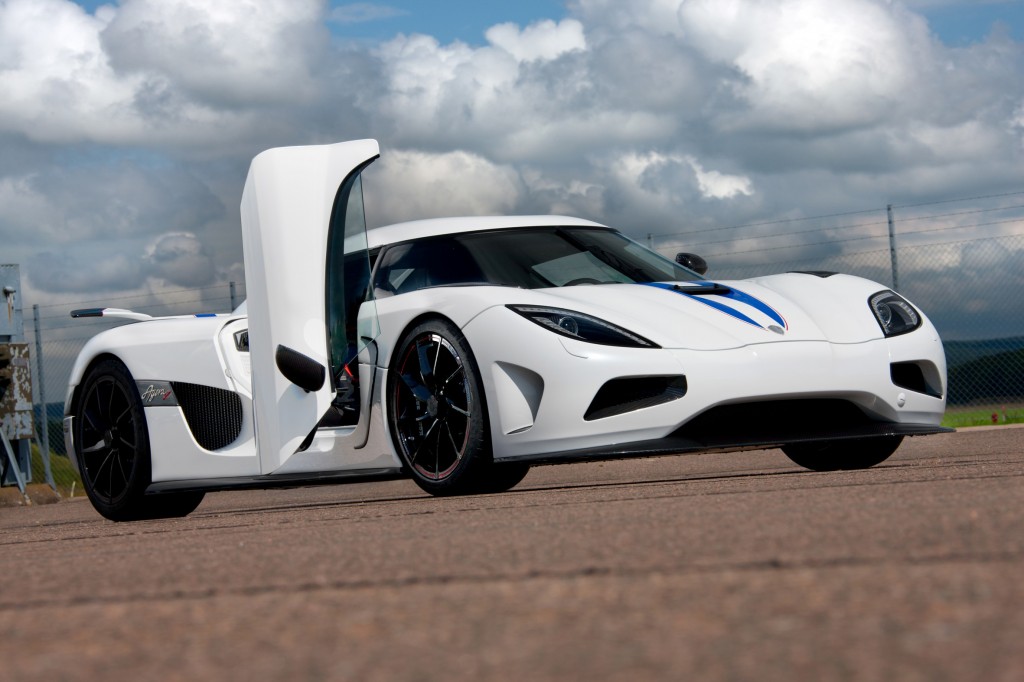 Koenigsegg Agera R: Unlike many of the wild supercars sold overseas that never make it to U.S. shores, Koenigsegg’s various products have made the trip, with the first example, a CCX, actually landing as far back as 2006. Koenigsegg is now further solidifying its presence in the world’s biggest market for supercars by appointing New York dealership Manhattan Motorcars as its main point of sale for America’s northeast. The latest model to go on sale locally will be the 1,140-horsepower Agera R. 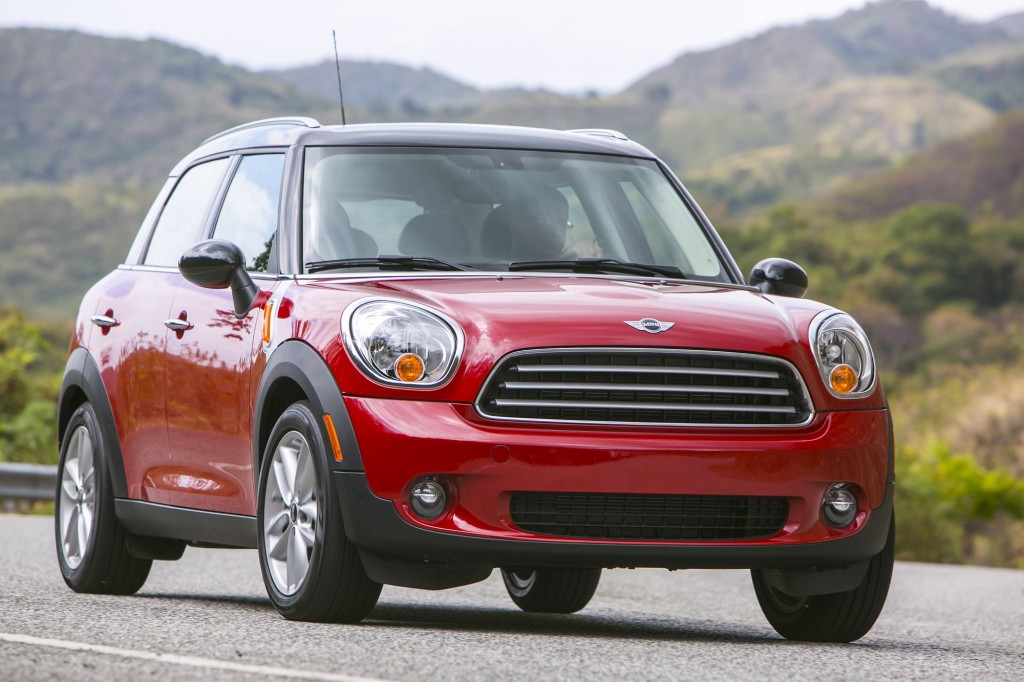 2015 MINI Cooper Countryman: MINI introduced all-new Cooper Hardtop for the 2014 model year, but we’ll have to wait some time until the Countryman is renewed. That’s because in New York this week, MINI will introduce an updated version of the current model, to help keep sales brimming until the new model arrives. Expect to see some minor styling changes to match up the Countryman’s look with that of the latest Cooper Hardtop.

2014 World, Luxury And Performance Car Of The Year Finalists Announced

Porsche Boxster And Cayman Get GTS Trim For 2014

That’s it for now, but at any time you’ll be able to access the latest information from the 2014 New York Auto Show via our dedicated hub.