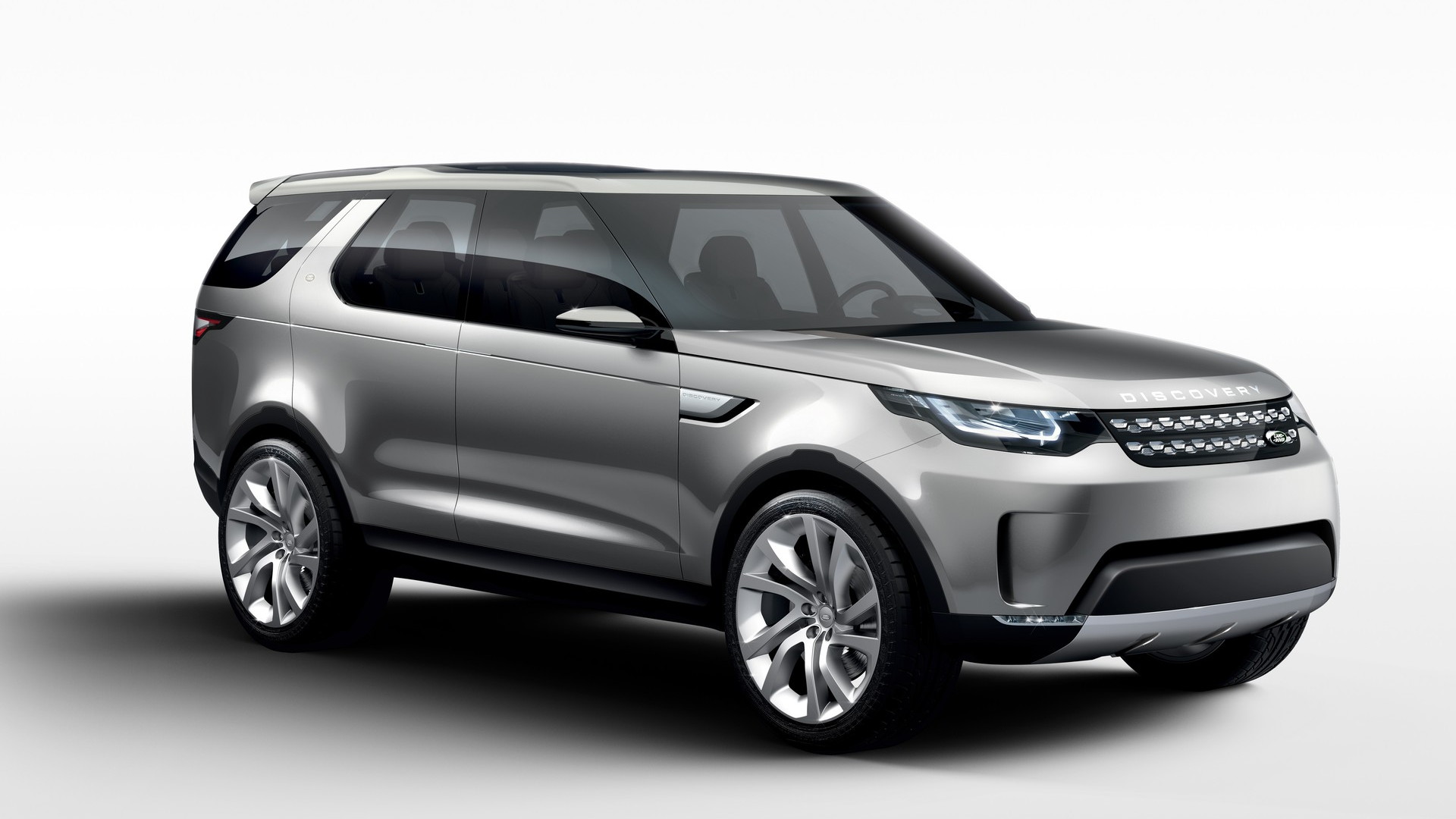 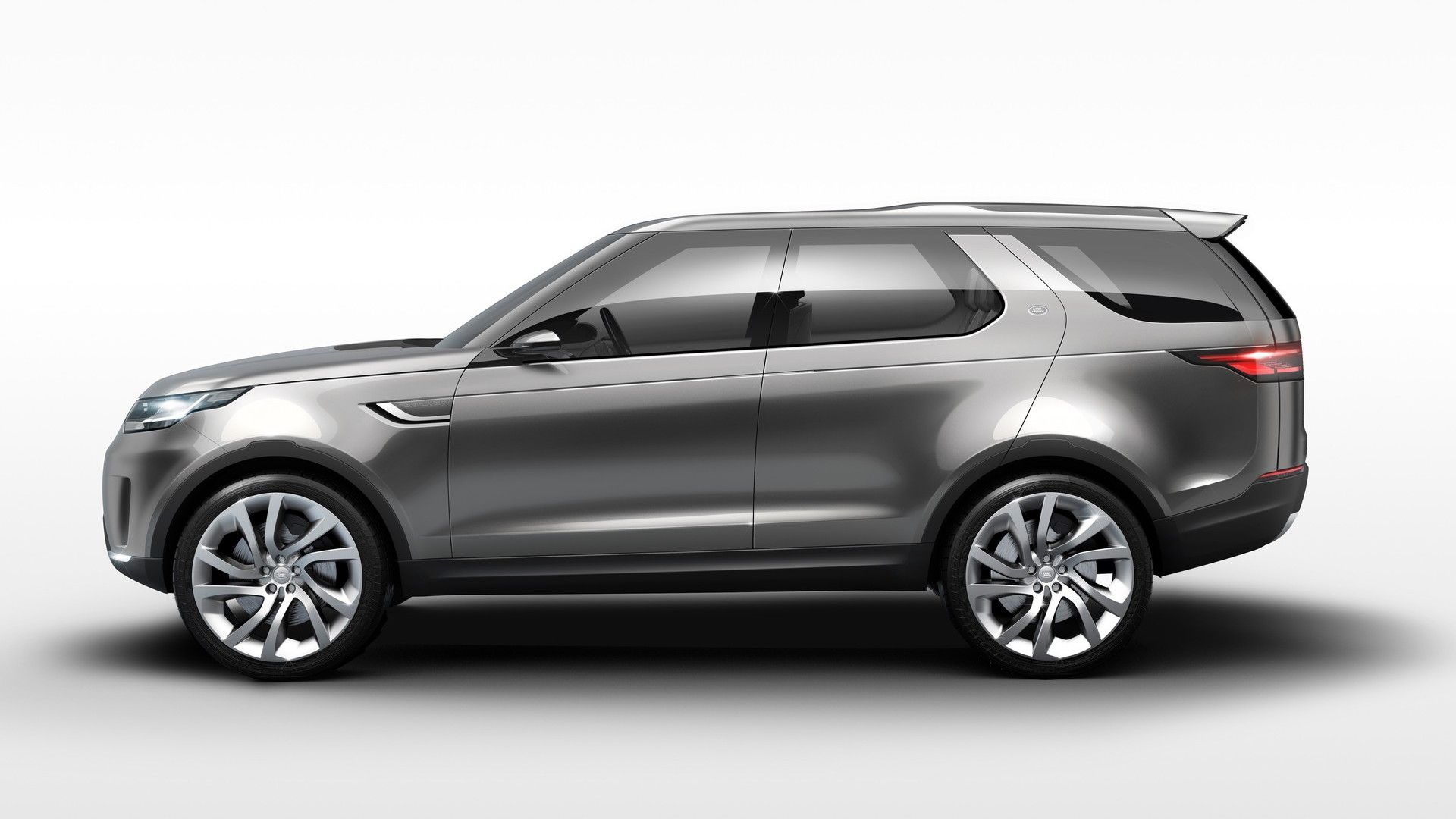 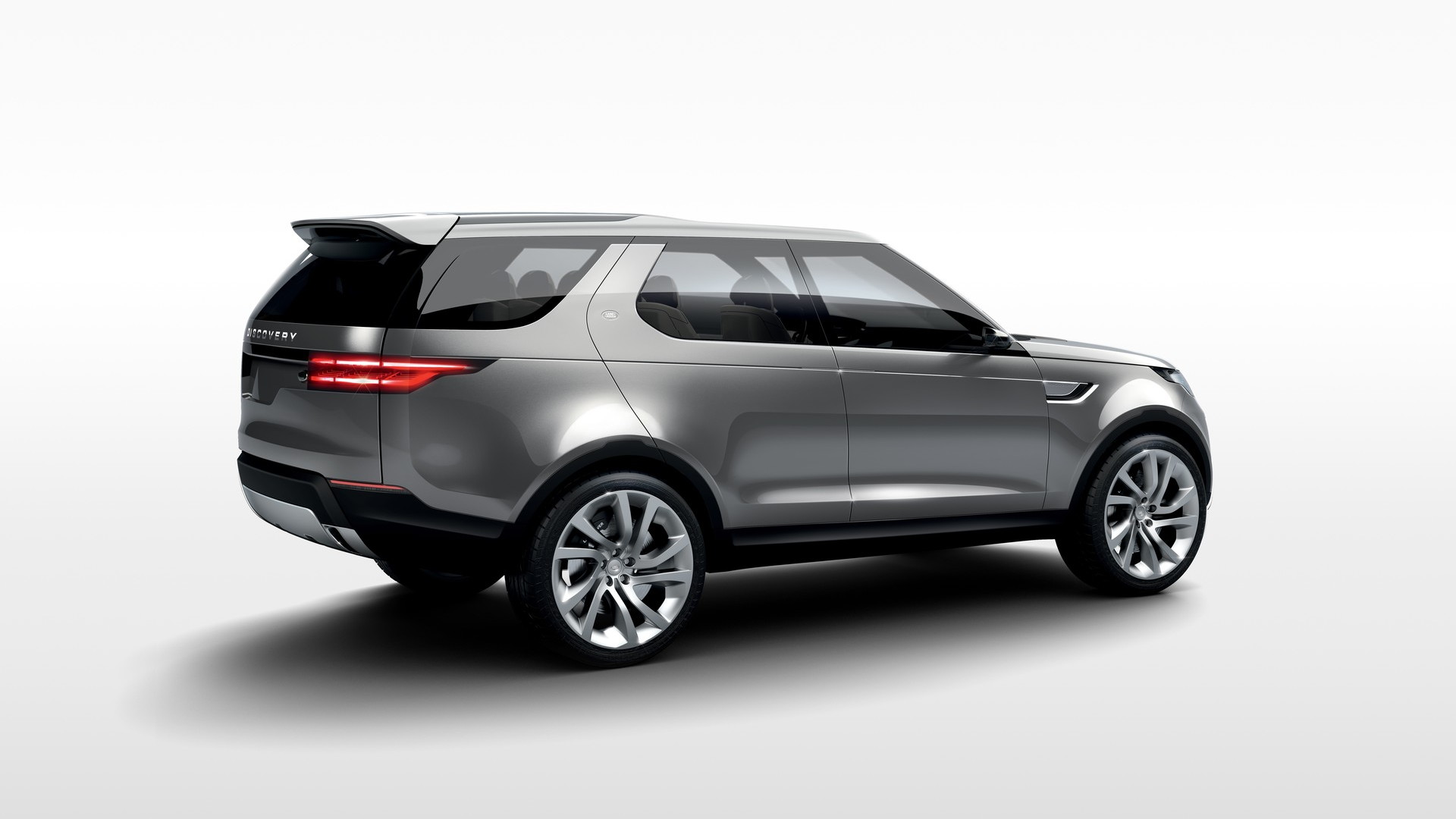 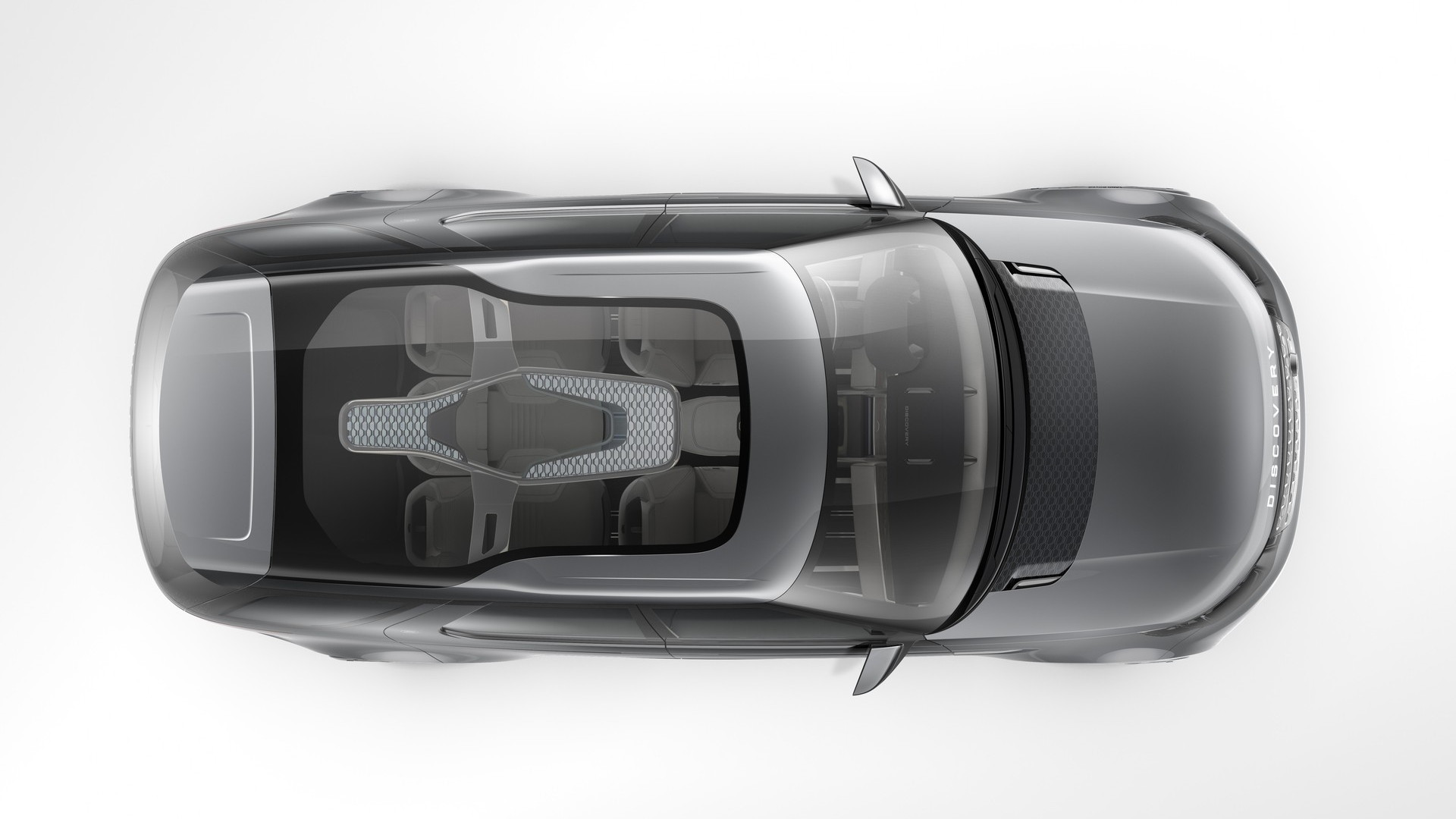 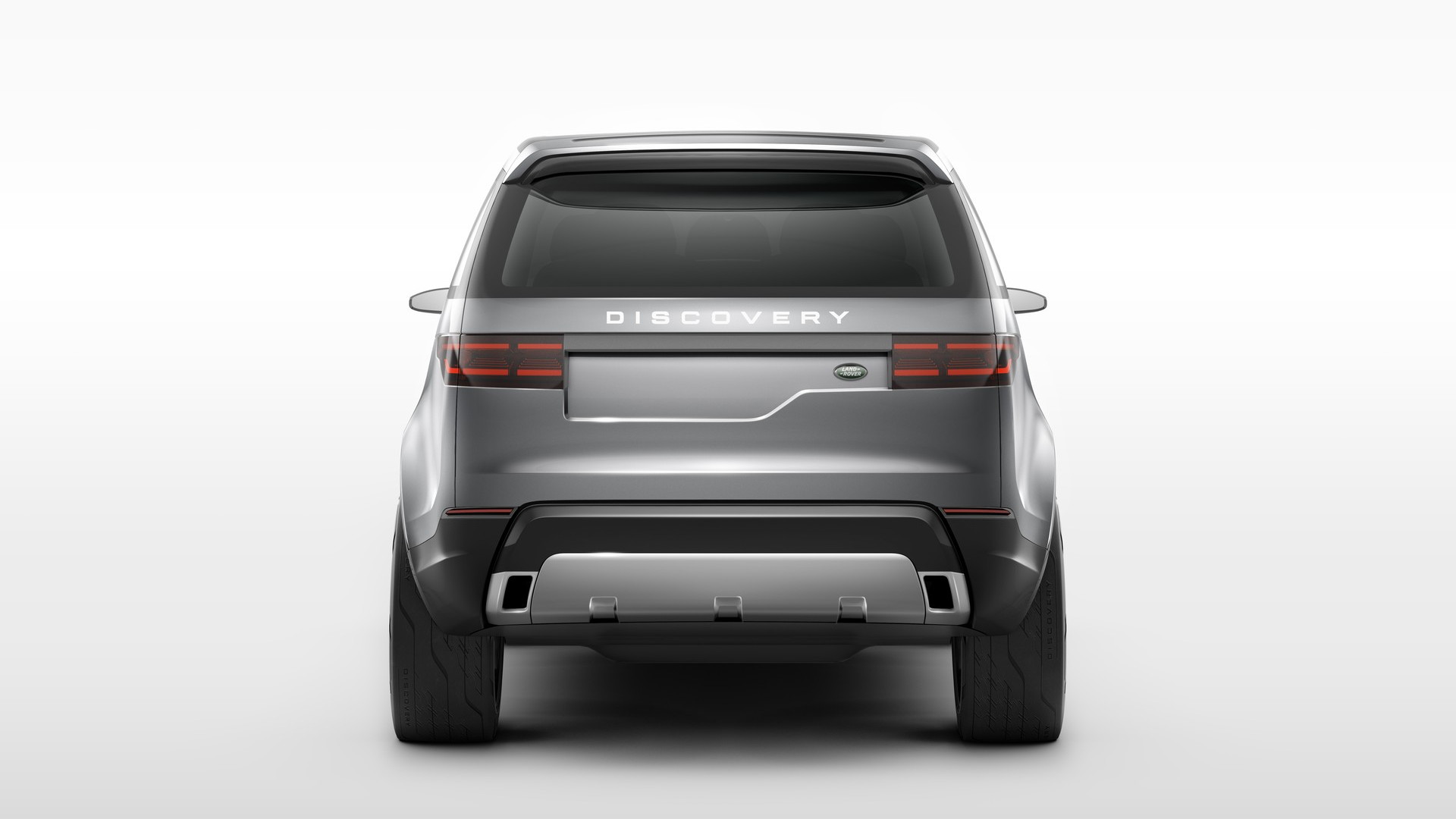 15
photos
So, you thought cooled cupholders, touchscreens, and high-speed connectivity were the very latest in SUV technology?

This Land Rover Discovery Vision Concept has lasers for eyes and it can be driven by smartphone.

The Discovery name's been dormant in the U.S. since Land Rover switched some of its SUVs to alphanumeric names--LR2 and LR4. As they're redesigned, they might adopt some of the bleeding-edge technology on display in the Discovery Vision concept, along with the Discovery badge.

Of all the hot-button tech mooted as future Land Rover material, it's lasers that steal the light show. Like BMW and Audi before it, Land Rover's predicting a future for laser headlamps--in this case, lamps that give it nearly a thousand feet more visible range than conventional headlights. Twinned with cameras reading the road and conditions ahead, the laser headlights dim themselves to avoid glare for oncoming traffic. The laser lamps are much smaller even than LED arrays, and generate a purer light that's closer to natural daylight, Land Rover says.

Something else those lasers can do: generate an infrared-derived scan of the terrain on the ground and obstacles ahead. That data can be used in many ways--from projecting the hidden parts of the driving surface on to the lower part of the windshield, for an augmented-reality view, or projecting laser safety triangles on the road ahead in case of danger, Batman-style. Like anti-lock brake sensors before them, lasers and their distance-detecting capability are set to spawn a slew of new technologies that are relatively simple to implement with minimal hardware changes.

Combine all these with smartphone/device connectivity, and vehicles like the Discovery concept will be capable of remote piloting. A tablet with a virtual steering control could be used in very difficult off-road situations where it's better to see the obstacle from the outside before steering clear of it, or could be used simply to pull the car out of a slim garage or parking spot from outside the car.

Lasers also play a role in Land Rover's Terrain Response, its all-encompassing traction-control system. Today's version has a driver's choice of mud, snow, rock, and low-range modes--but future versions of Terrain Response could predict the surface ahead with the laser gear, and choose a mode on their own. For fording, sonar sensors shown on Land Rover's previous Defender concepts could predict water depth and feed information into Terrain Response. Finally, all the data gained from cameras, sensors, and lasers could be used to suggest a path across unfamiliar ground.

Surrounded by smart glass and tracked by eyepath sensors--and nestled in wood and leather, of course--passengers in the Discovery Concept would have a choice of a few seating arrangements, and would have access to a wealth of localized information projected on the concept car's windows as they drive by.

The vehicle's windows are panes of a glass that reflects projected information, but is otherwise clear, Land Rover says. Your reality will be skewed, but parking could be easier, they suggest, with a wider view of obstacles out of sight, down the vehicle's side and corners.

Up to seven passengers will fit in the Vision's cabin, but the usual second- and third-row seats are supplemented with some more flexible seat arrangement. In essence, the three seats in the second row can fold independently, while the third-row seats fold in tandem. A single passenger in the middle row could have all the elbow room they need--or the third row could be used as a limousine-like space.

Futurism and Infotainment clearly took up a lot of design time in the Discovery concept. The driver is surrounded by TFT screens and a rotary shift control, a cockpit straight from the bridge of the Enterprise. Four of the front and middle-row seatbacks have integrated 10-inch touchscreens with gesture control. All their devices can connect to the Web and to the car's intranet, to control the windows/displays--even to conduct video calls with front-seat passengers without straining their necks. It's the automotive flavor of Skype or Facetime, and thus offers another solution to one of the world's most vexing first-world problems--how to avoid talking face to face with the person sitting right in front of you.

The cabin warms up its cool TFT glow with the usual high-rent treatments--the third-row leather seats are hued separately to create their own visual space--and with some less common ones. There's custom-fitting wheeled luggage that clips into the door panels to conserve space, and matching Harris Tweed blankets. At the rear, the slide-out tailgate keeps sliding to turn itself into a picnic bench or a viewing stand, as your polo needs may require.

The Discovery Vision isn't meant to be a laser-sharp prediction of future Land Rover SUVs, but its "alpine" windows and stepped-up rear roofline are real-world cues that link it to today's LR4 and the original Discovery. What is clearer: Land Rover's Range Rover renovation has paid off, and now it's ready to expand on other horizons.