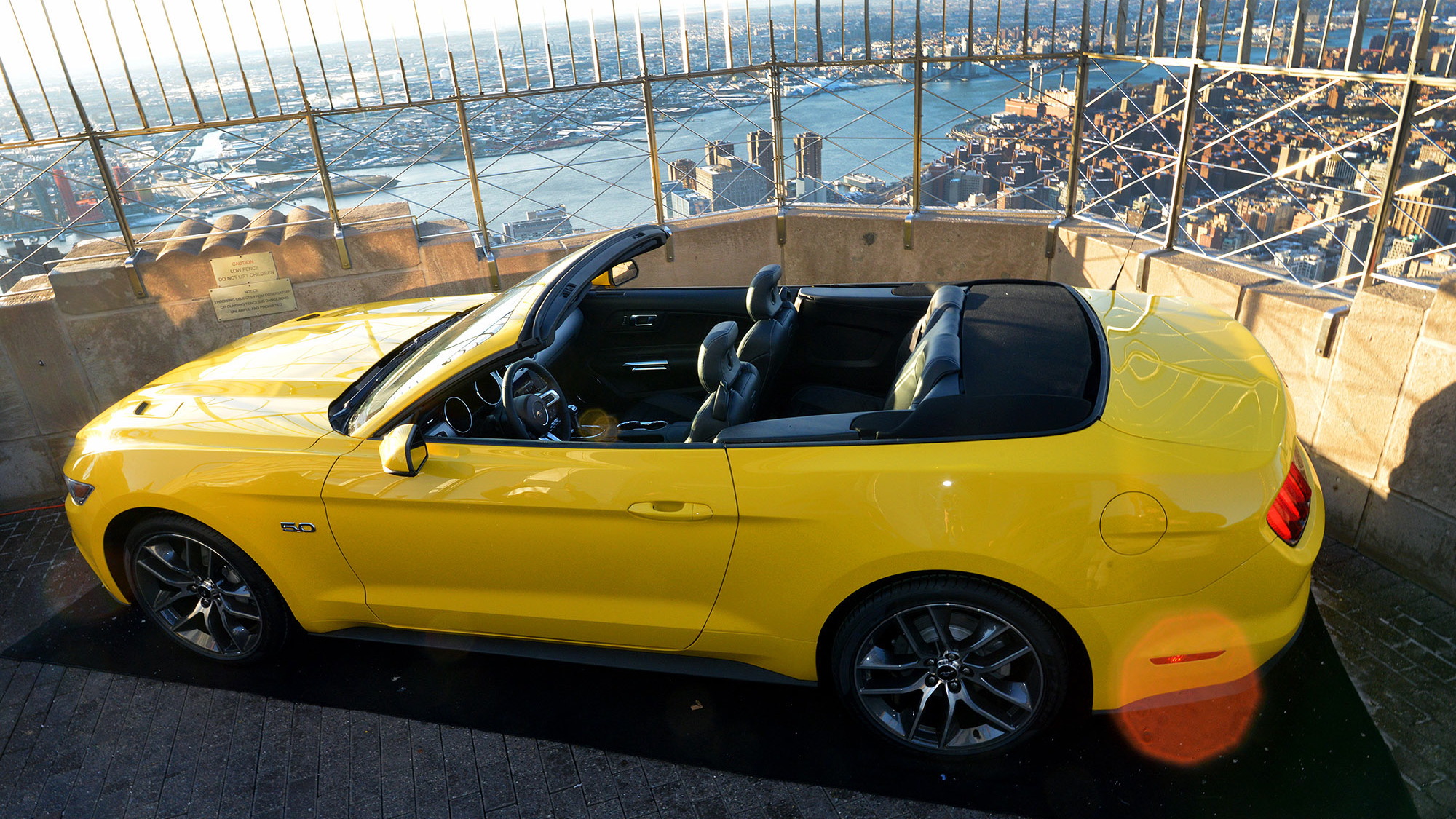 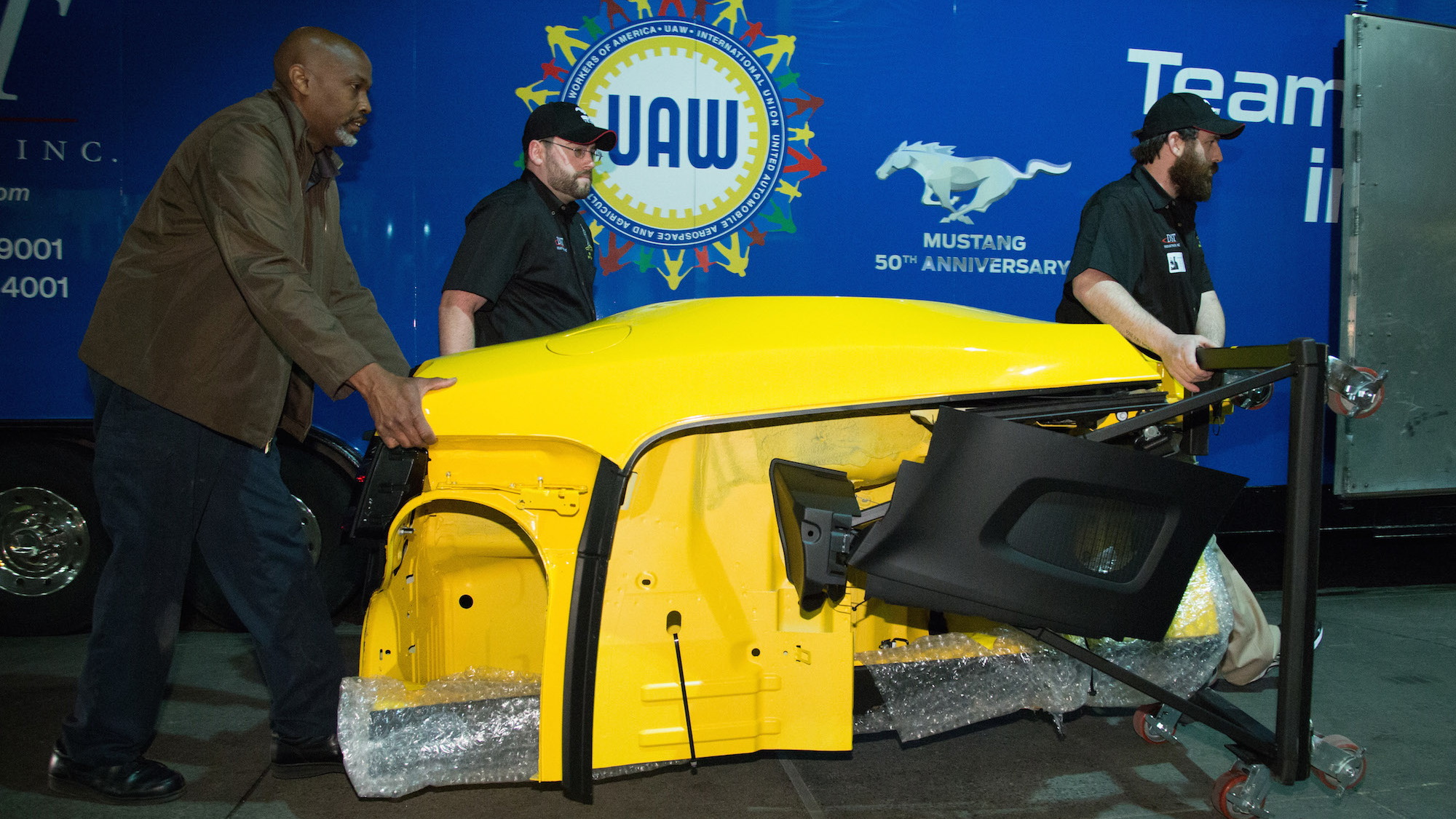 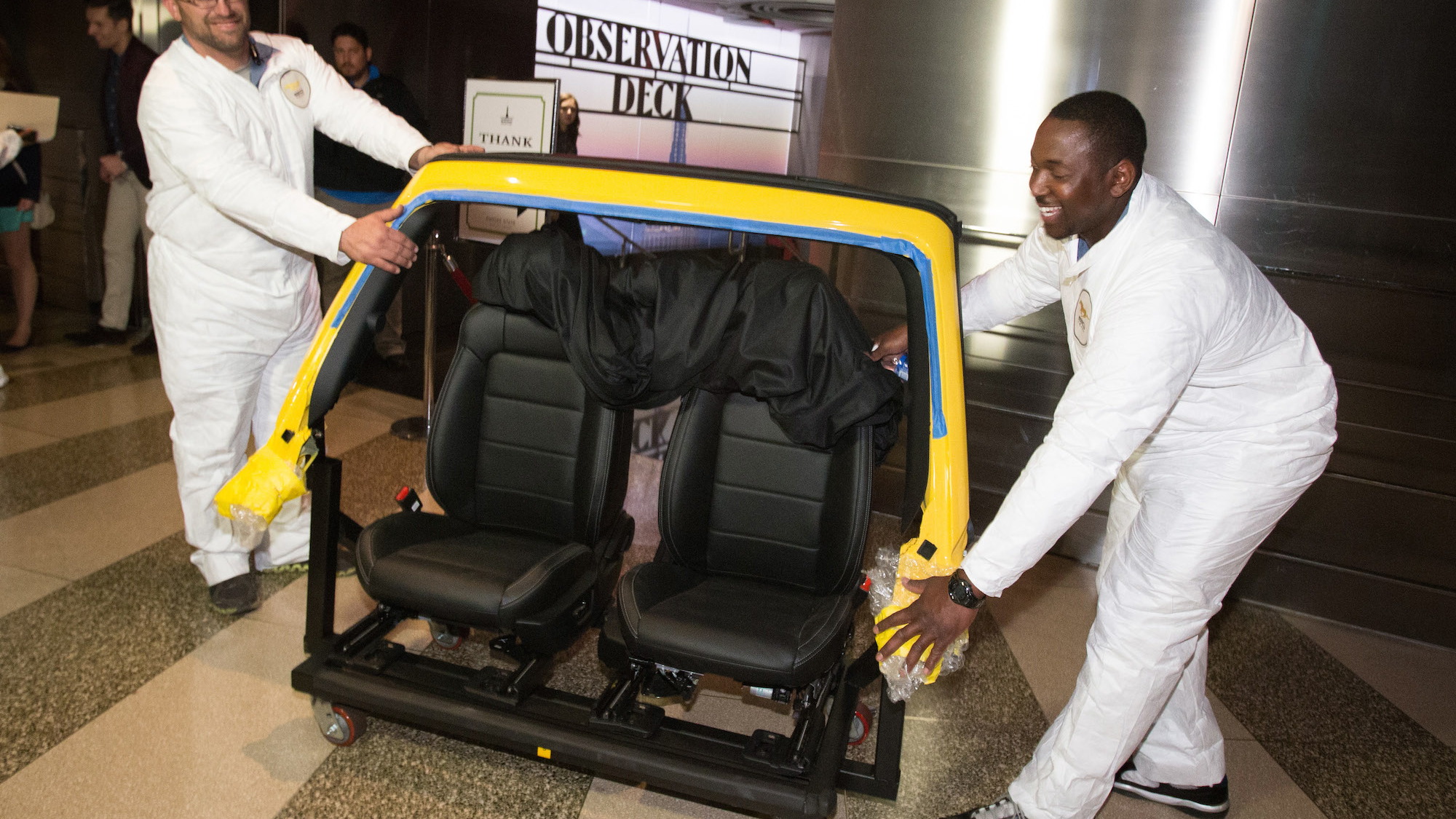 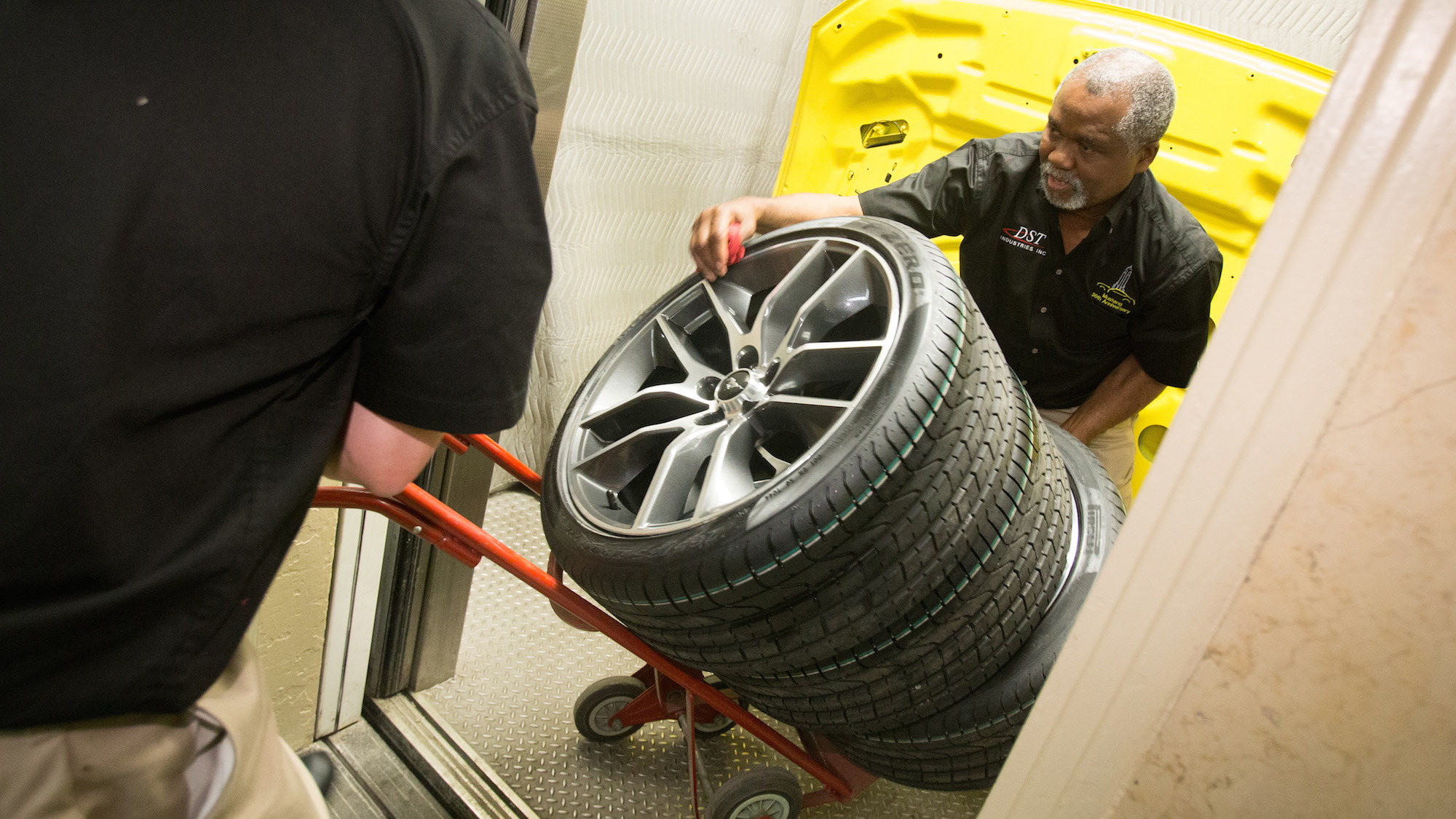 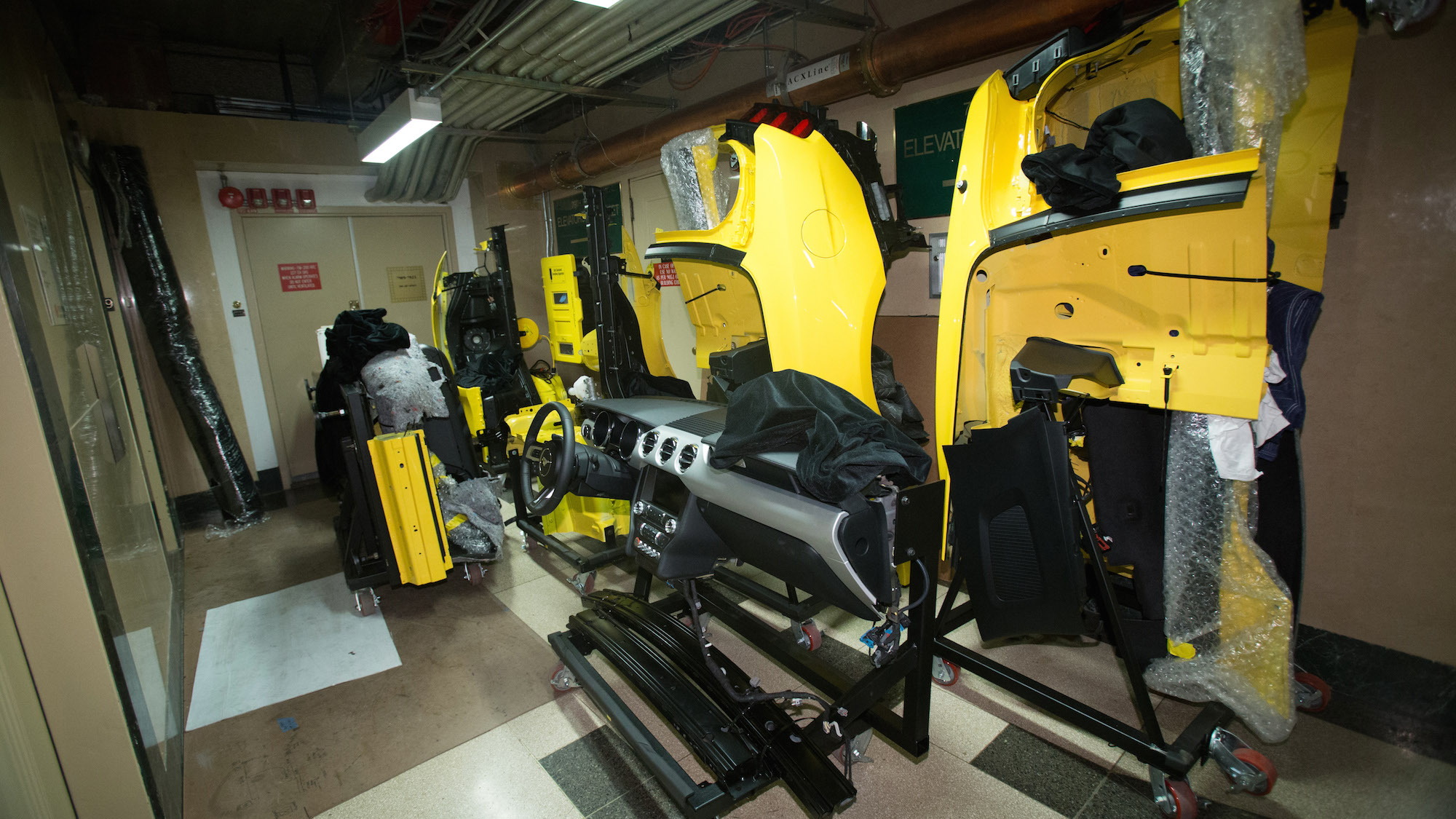 23
photos
How do you get a 2015 Ford Mustang to the top of the Empire State Building? For its ongoing celebration of the Mustang's 50th birthday, Ford Motor Company [NYSE:F] decided to recreate a classic 1964 publicity stunt and hoist a shiny new pony car to the building's 86th-floor observation deck. That took some creative thinking, and some creative destruction.

Ford worked with Romulus, Michigan-based DST Industries--the same company it collaborated with on that original 1965 attempt--on the project. The team determined that the lift would be too high for a portable crane, and that the Empire State's spire would make a helicopter delivery impossible. That's why Ford and DST decided to employ the same method used to get that original Mustang to the top of the building: chop it up.

The team measured elevators and doors in the building, then used a scale-model Mustang to plan cut lines. Two leftover prototypes were used, one acting as a donor so technicians could determine where to make the cuts. Carts were then custom built for the body sections, then loaded up and placed in a mockup of the smallest of the three elevators the car bits would have to ride in. The sections were then weighed, and crews practiced assembling them, pit crew style.

Speed was needed, as the Empire State Building's observation deck is only closed for six hours a day, from 2:00 a.m. to 8:00 a.m. After crews finish assembling it, the Triple Yellow Mustang will be on display April 16-17, coinciding with the 2014 New York Auto Show. At 2:00 a.m. April 18, it will be disassembled and removed.