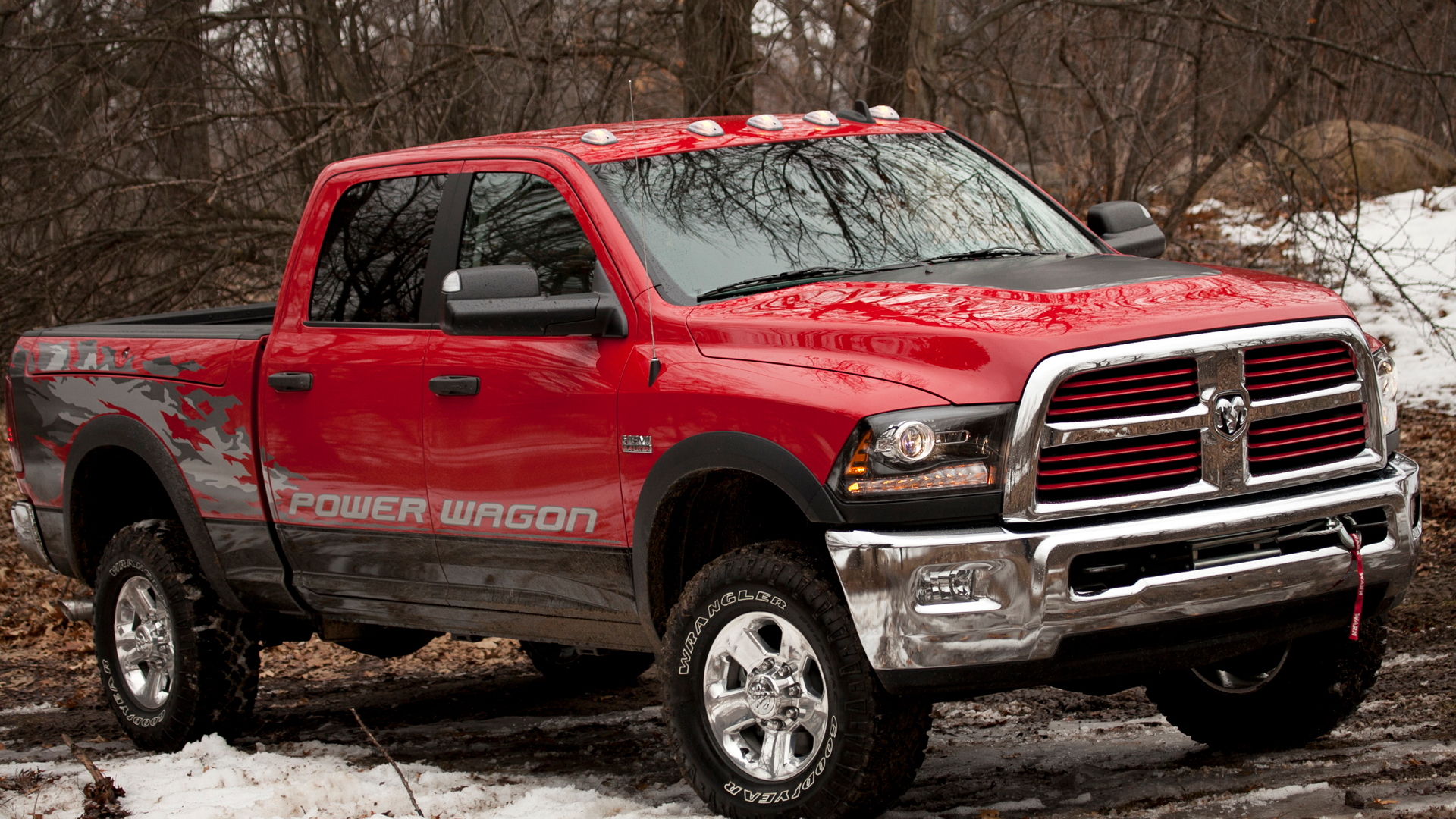 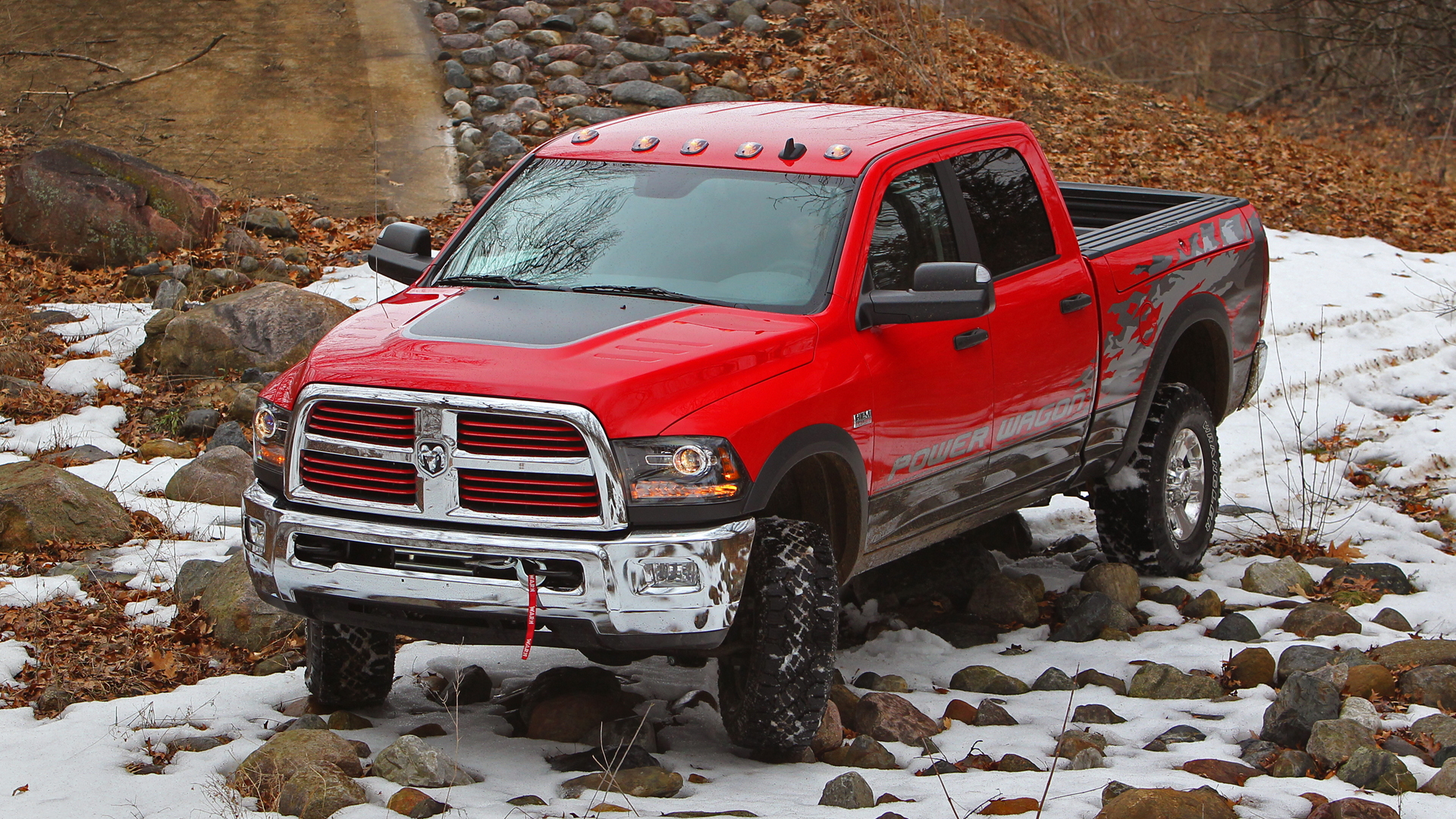 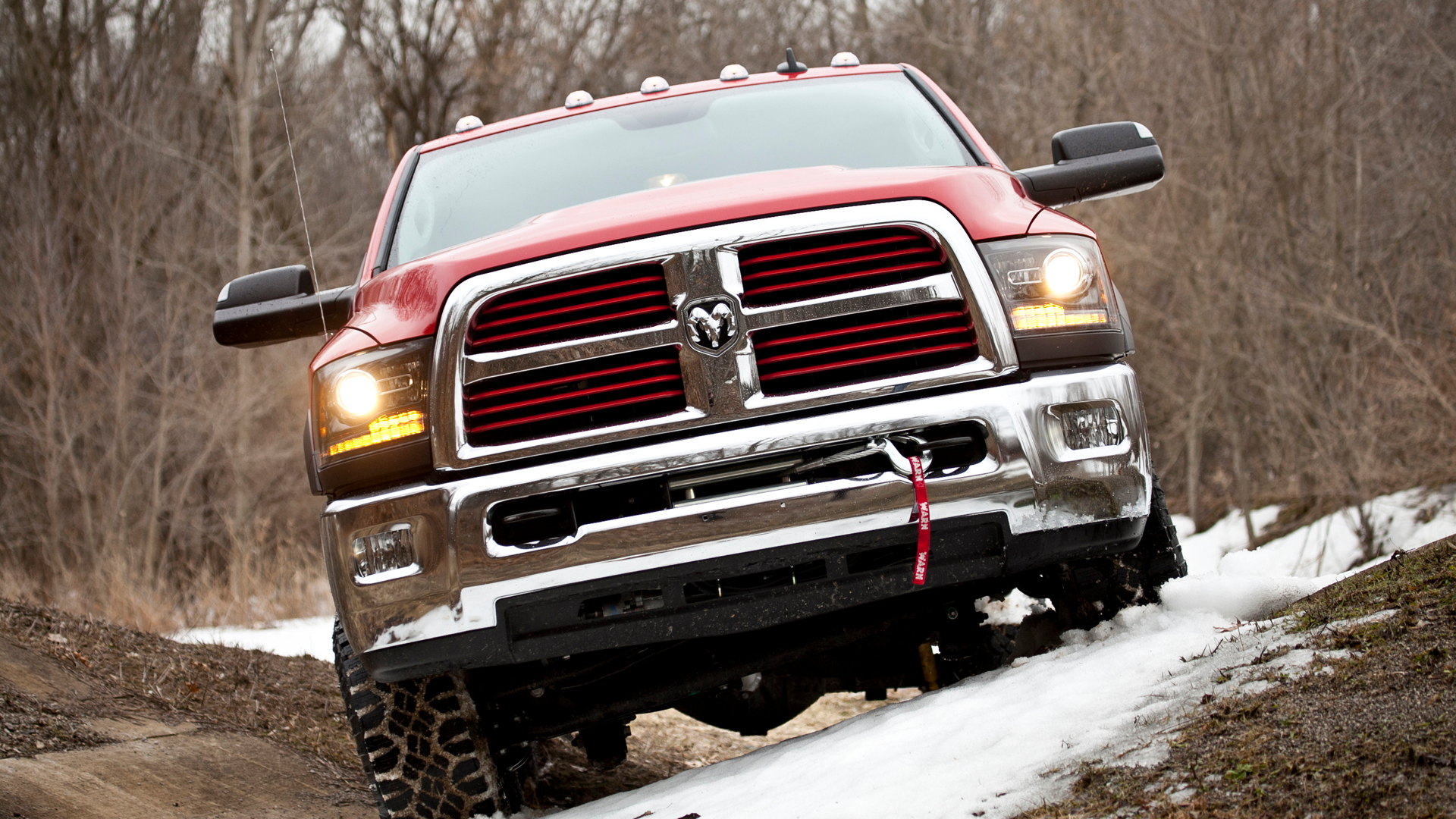 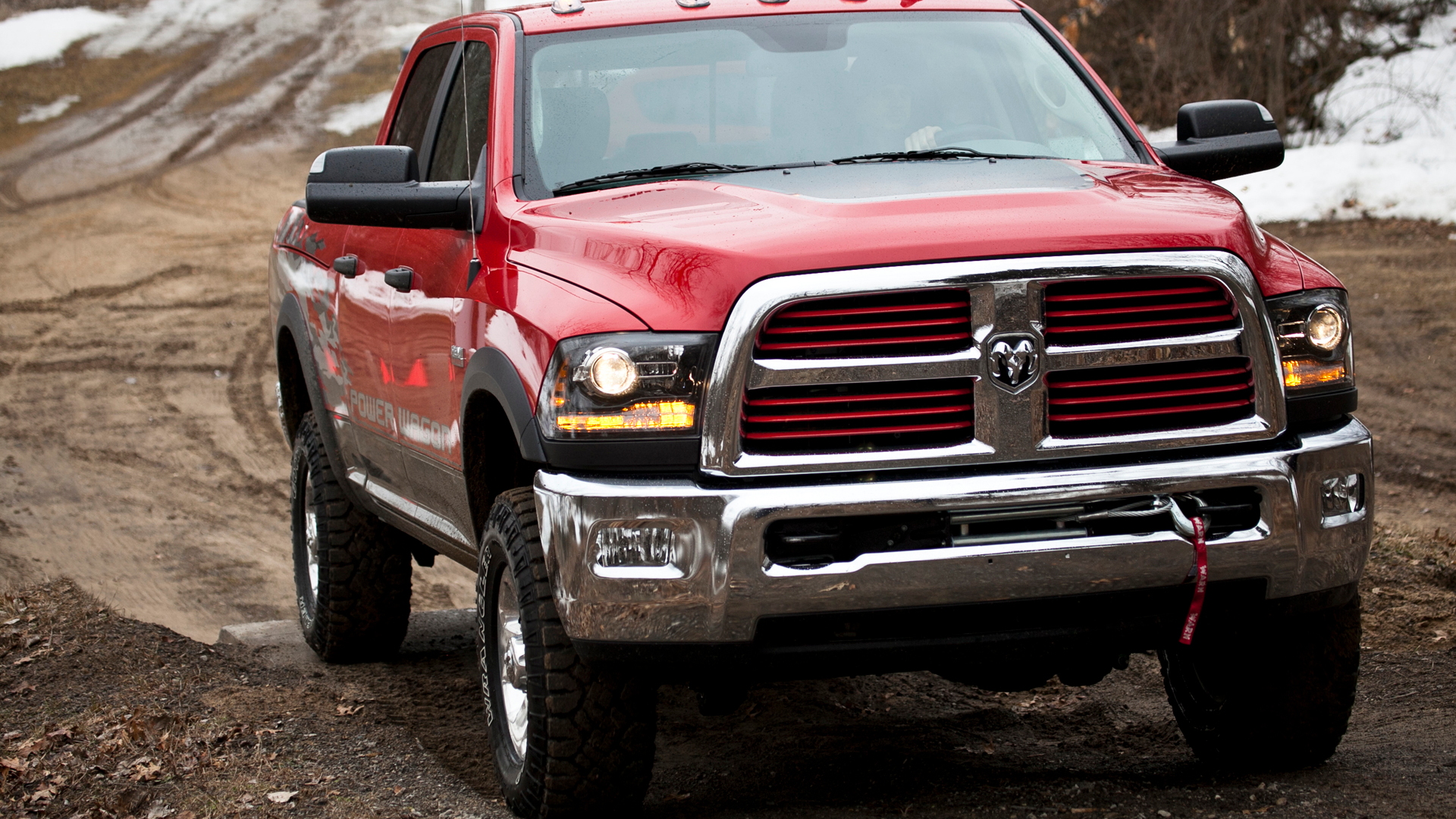 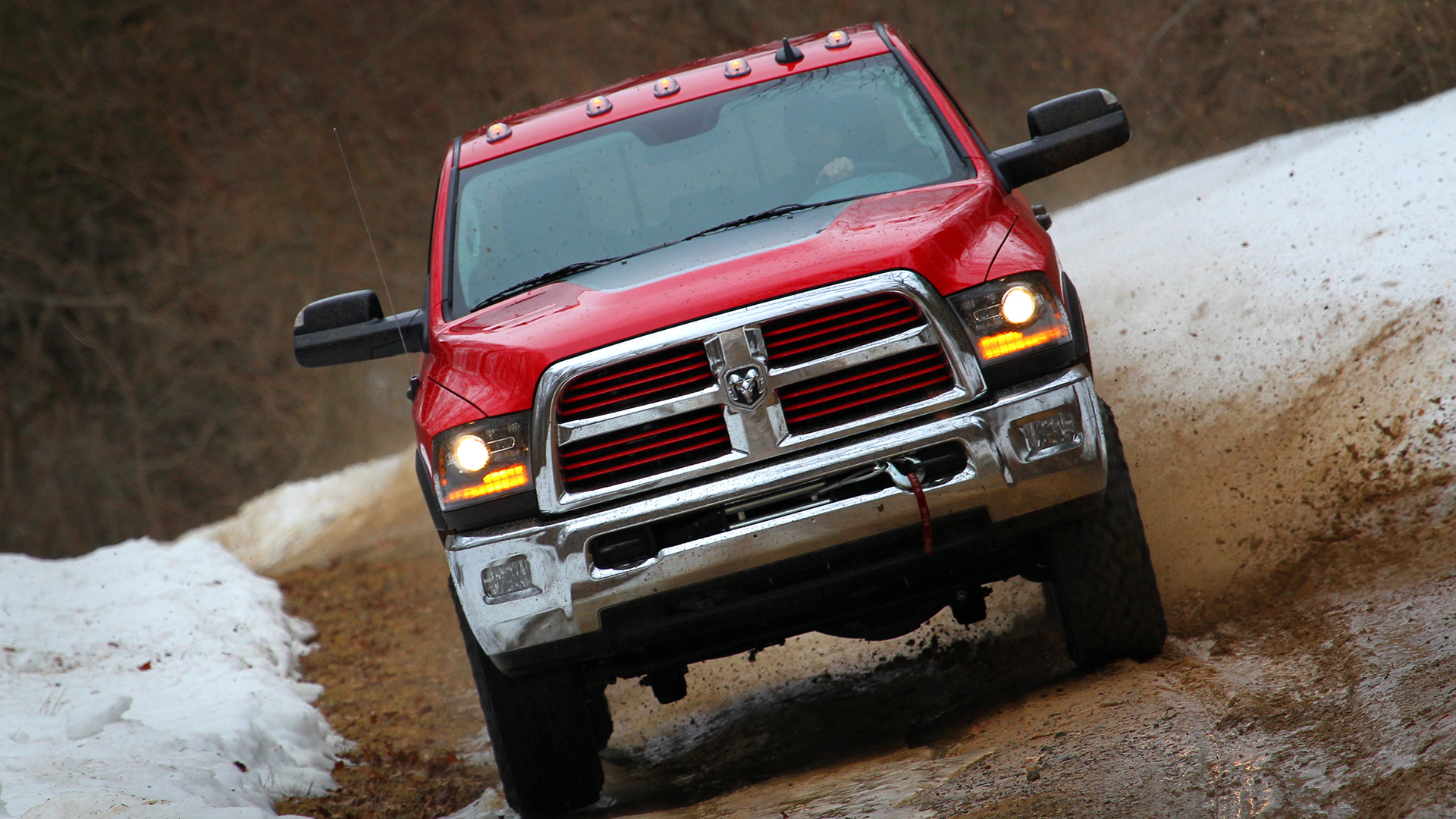 38
photos
Everybody knows about Ford’s F-150 SVT Raptor but Chrysler’s Ram brand has its own powerful pickup that’s fully capable both on and off the road. That pickup is the Ram Power Wagon, which has been updated for 2014 and will be shown for the first time at the Next York Auto Show next week.

Based on the 2500 4x4 Crew Cab and built to master the most rigorous off-road trails, the 2014 Ram Power Wagon features a number of off-road-specific engineering enhancements including a unique suspension setup with more than two inches of lift, locking differentials and a 12,000-pound winch.

The heart of the beast is Chrysler’s 6.4-liter HEMI V-8, which delivers 410 horsepower and 420 pound-feet of torque in this application. The engine also gets fuel-saving cylinder deactivation technology and its calibration specially tuned in order to enhance the Power Wagon’s off-road maneuverability and finesse. It also provides for a towing capacity of up to 10,810 pounds when working together with the truck’s six-speed automatic transmission and transfer case.

The 2014 Ram Power Wagon also benefits from a front suspension system that incorporates high movement joints and a sway-bar disconnecting system, allowing for additional flexibility and axle articulation. At the rear is a new five-link coil suspension to deliver superior axle control.

All 2014 Ram Power Wagons also feature standard front and rear electronic-locking differentials for true four-wheel-drive and maximum traction, 17-inch forged aluminum wheels with 33-inch tires, and steel disc brakes at all four corners. Buyers will have three trim options to choose from—Tradesman, SLT and Laramie—as well as a selection of colors and graphics.

For those unfamiliar with the Power Wagon, it was first introduced as a four-wheel-drive light truck back in 1945 and was produced up until 1980 when it was replaced by the first Dodge Ram pickup. The iconic nameplate was reintroduced in 2005 and now exists as an independent model in the Ram lineup. Production of the latest 2014 Ram Power Wagon will take place at the Saltillo Truck Assembly Plant in Coahuila, Mexico. Sales should start shortly after its New York Auto Show debut on April 16. For more from the show, head to our dedicated hub.