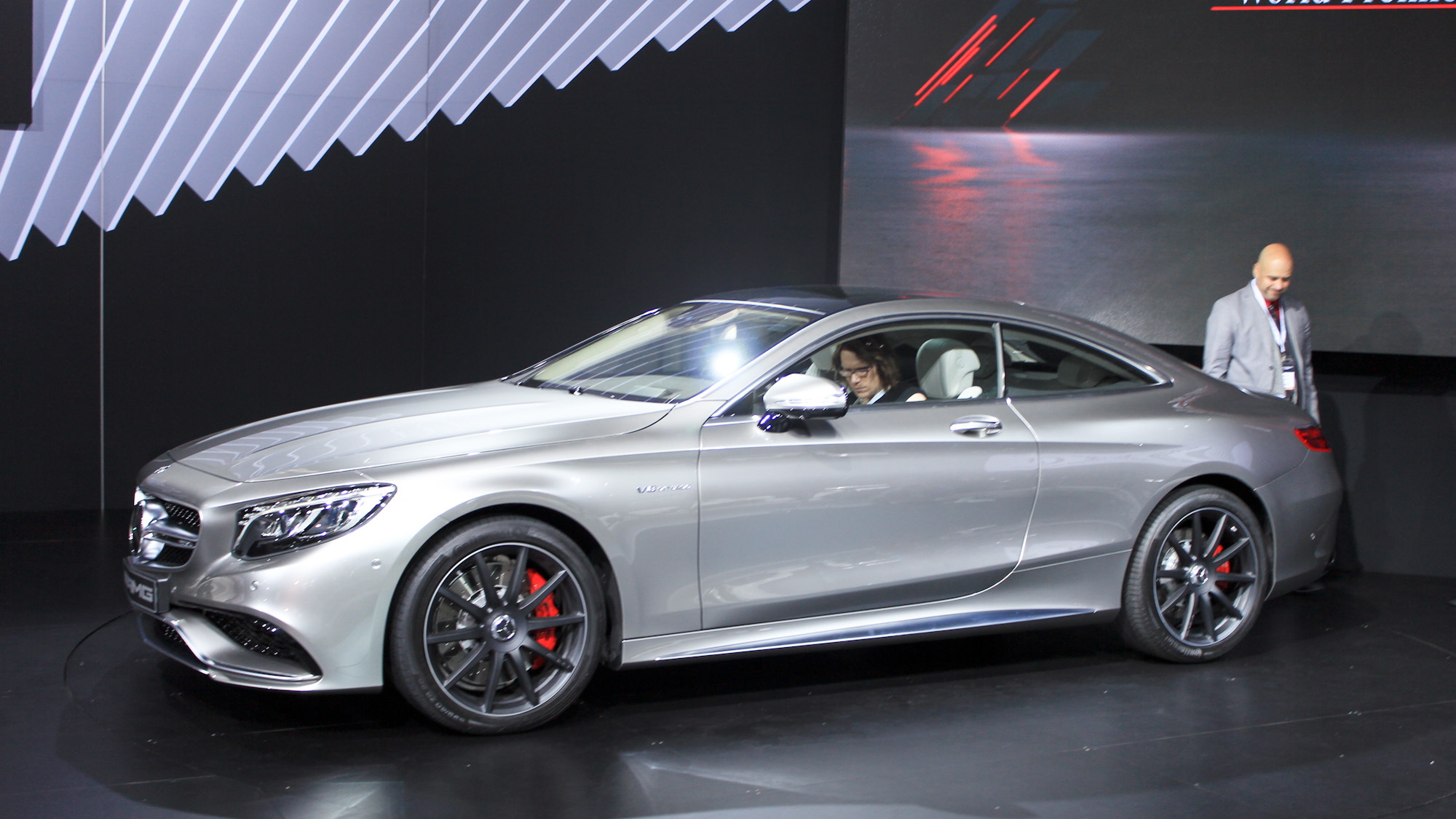 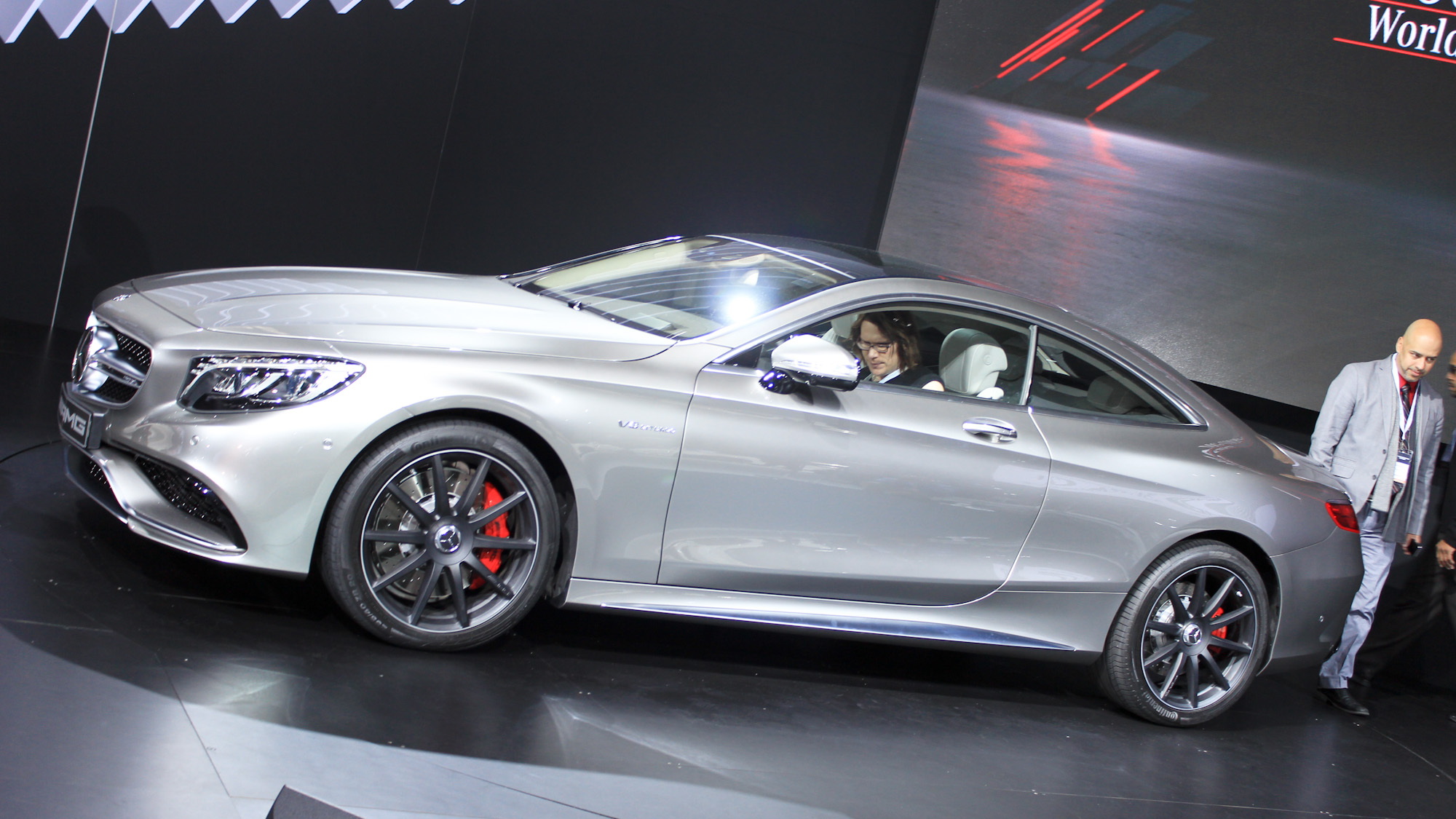 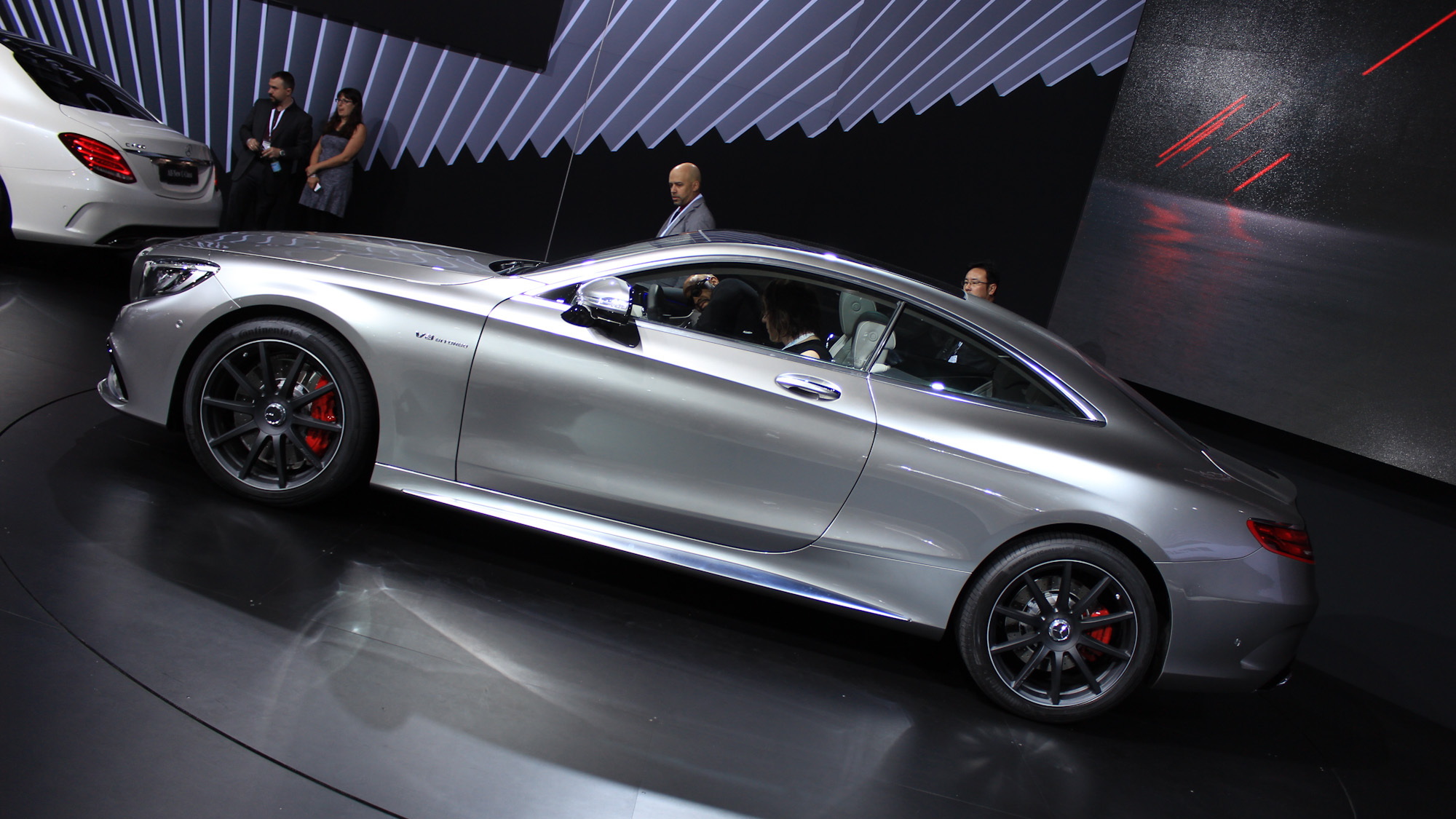 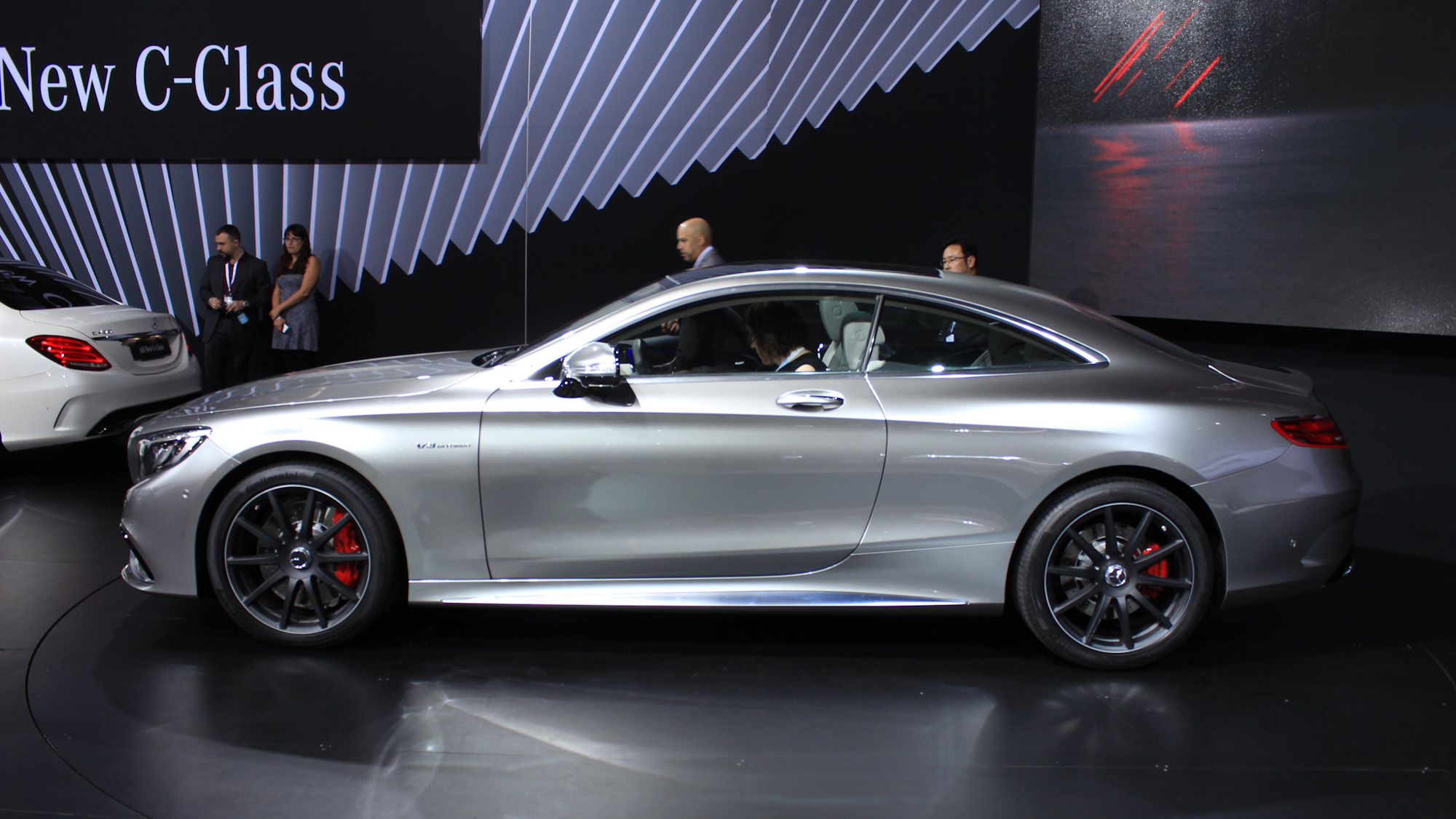 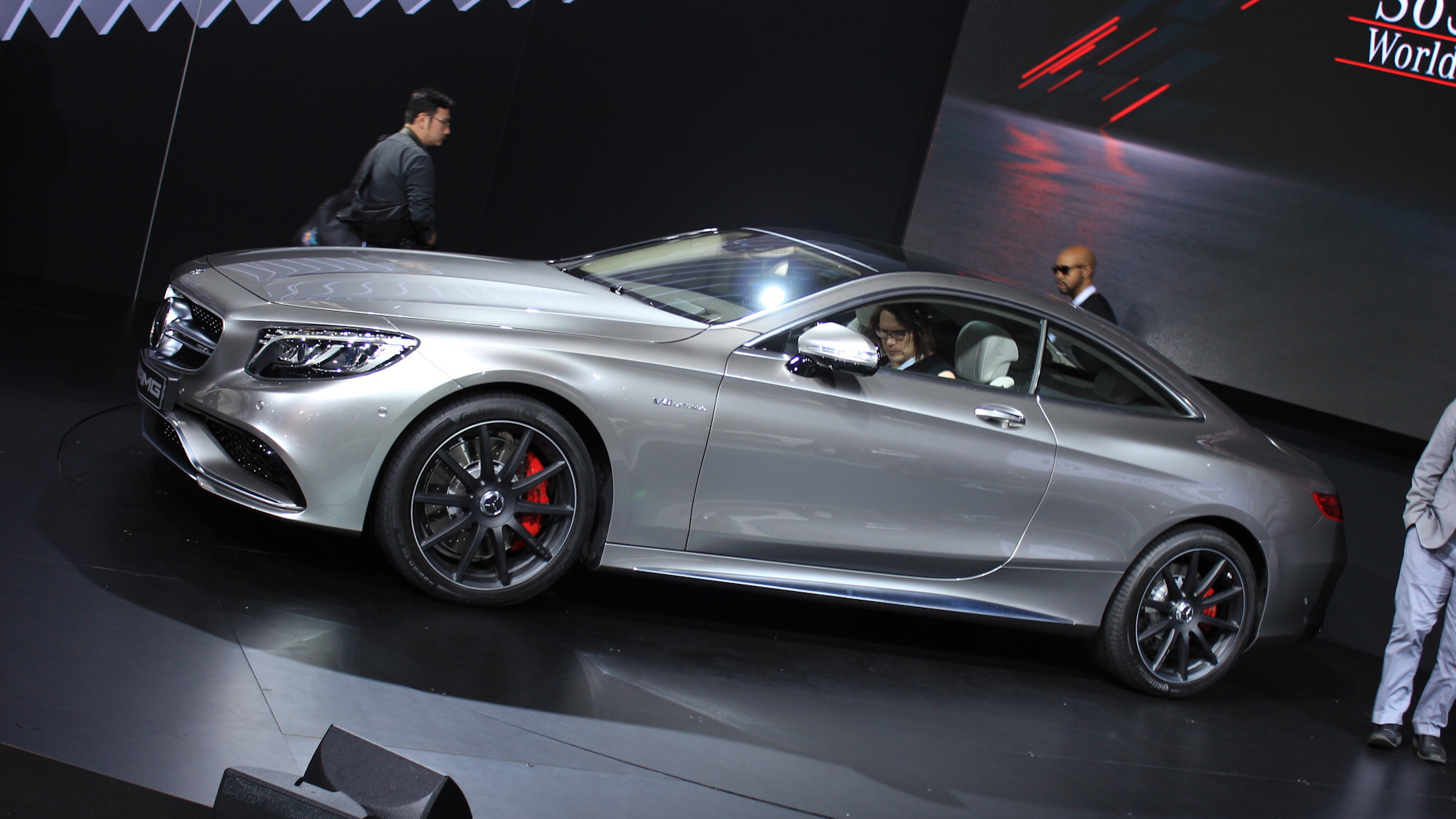 33
photos
Mercedes-Benz’s replacement for the CL-Class, the new S-Class Coupe, made its debut last month at the 2014 Geneva Motor Show. Today, we have the first details and photos for the high-performance AMG variant, which will join the regular model in showrooms this fall, as a 2015 model. It's been revealed at the 2014 New York Auto Show.

The car’s official title is the 2015 Mercedes-Benz S63 AMG 4MATIC Coupe. Yes, like its S63 AMG sedan cousin, the new S63 AMG Coupe will be coming with 4MATIC all-wheel drive as standard here in the U.S. Other markets will have a rear-wheel-drive version as standard. AMG’s version of 4MATIC features a 33-67 front-rear torque split, offering the rear-biased feel we all love but with the added traction of all-wheel drive when roads get slippery.

Power, meanwhile, will come from AMG’s familiar twin-turbocharged 5.5-liter V-8, which in this application delivers a massive 585 horsepower and 664 pound-feet of torque. For those at home counting, that's the most power we've seen from the engine yet (it's 8 horses more than in the S63 AMG sedan). The engine is paired with AMG’s SPEEDSHIFT MCT seven-speed automatic transmission and will rocket the svelte coupe to 62 mph from rest in just 3.9 seconds. The rear-wheel-drive model needs about 4.3 seconds to achieve the same feat. Top speed is limited to 186 mph.

Thanks to lightweight design, the car is 140 pounds lighter than its predecessor, the CL63 AMG, though we suspect its performance will still be more akin to a high-speed train than that of an agile sports car--the curb weight is still a hefty 4,400 pounds. Weight-saving measures include the use of a lithium-ion battery, light alloy wheels and carbon ceramic brakes. Furthermore, much of the car (entire skin and front end) is constructed from aluminum.

To aid handling there is a full AIRMATIC air-suspension system with adaptive dampers, stiff anti-roll bars, and a custom frame at the rear axle to help further improve stiffness. The light alloy wheels are an option for the S63 AMG 4MATIC Coupe and measure 20 inches across. Carbon ceramic brakes are also an option.

The changes to the car’s styling are signature AMG enhancements.  The front is dominated by a twin-blade grille, below which sits an aggressive A-wing bumper and splitter. Moving to the sides you’ll notice “V8 BITURBO” badges and a pair of chunky side sills. Meanwhile, at the rear there is an integrated diffuser with a gloss finish and four squared-off exhaust tips.

Inside it’s all luxury. Benefiting from the gorgeous design of the S-Class Coupe's cabin, the instrument panel almost seamlessly transitions into the doors in a wraparound design. High-quality materials and fine workmanship are combined with a sporty and exclusive look that is dominated by the AMG bucket seats, embossed AMG logo on the center arm rest, three-spoke sports steering wheel, and AMG instrument cluster with two animated round dials. Nappa leather is fitted throughout.

Pricing and availability for the 2015 Mercedes-Benz S63 AMG 4MATIC Coupe will be announced closer to the car’s sales launch this fall. With the S63 AMG sedan commanding a pricetag of $140,425, including destination, be ready to hand over close to $200k once options are included if you fancy the coupe. There’s a good chance we might also see a V-12-powered S65 AMG Coupe (we already have an S65 AMG sedan), so if money is no option may we suggest keeping an eye out for this beast.