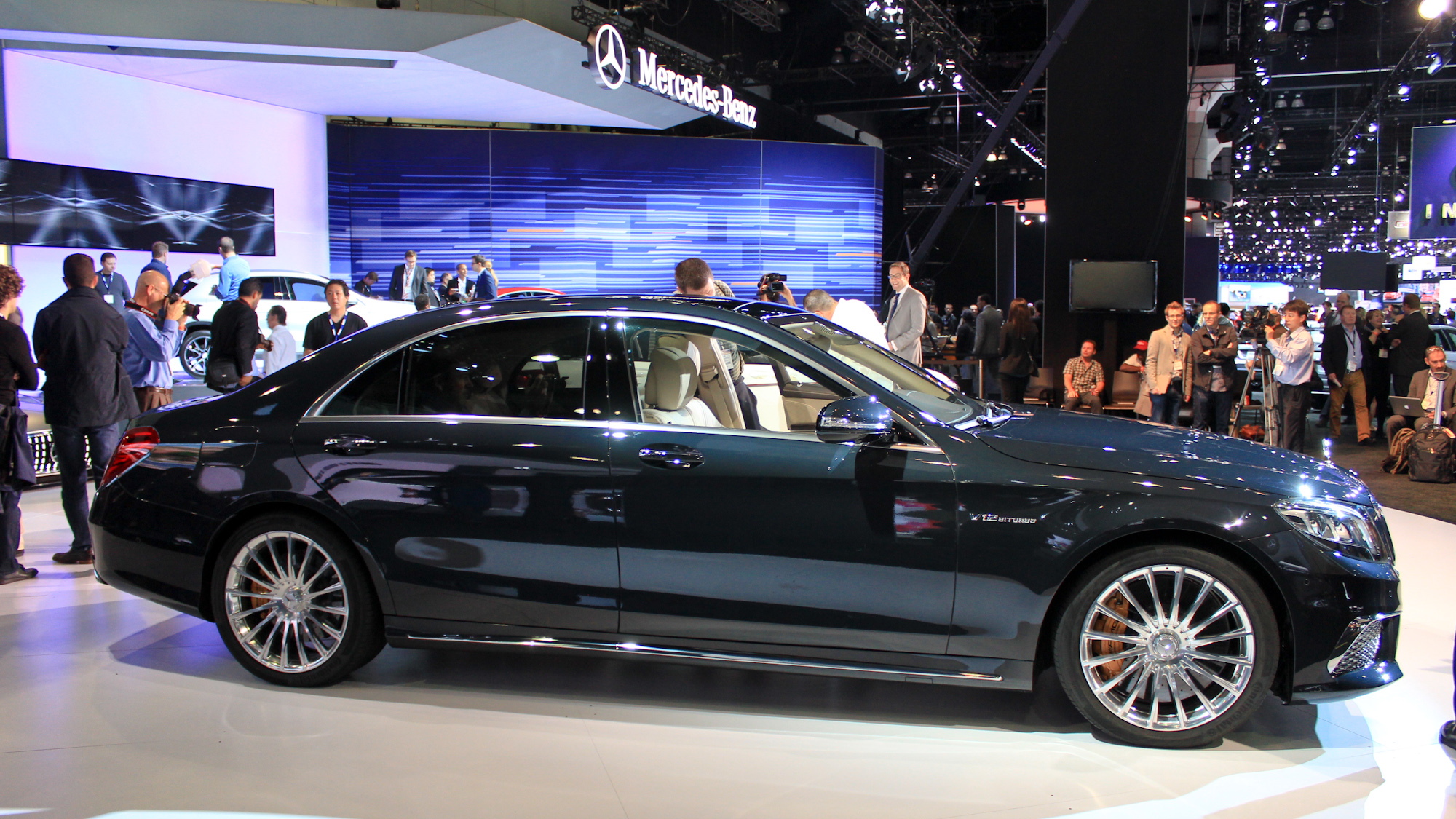 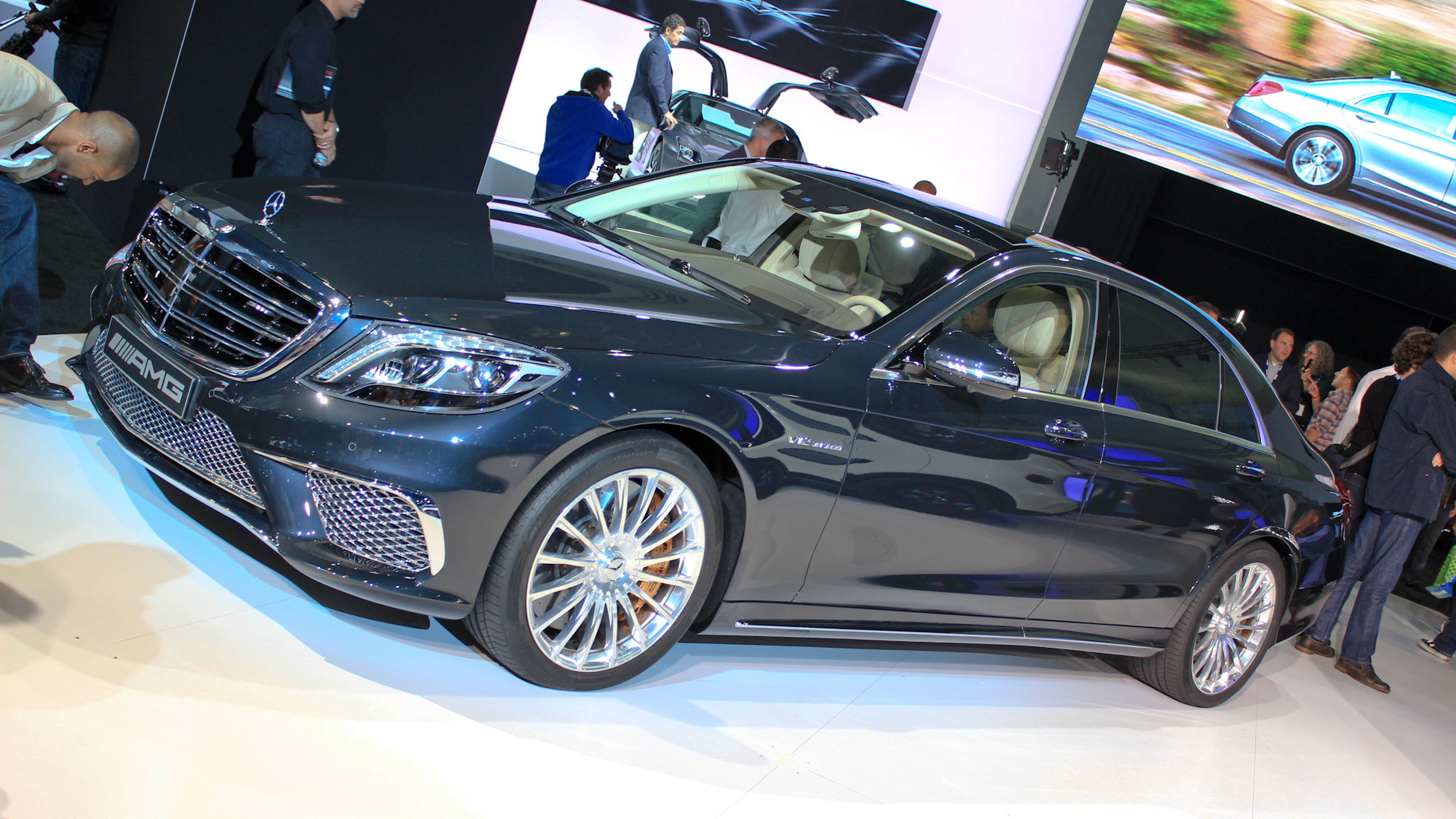 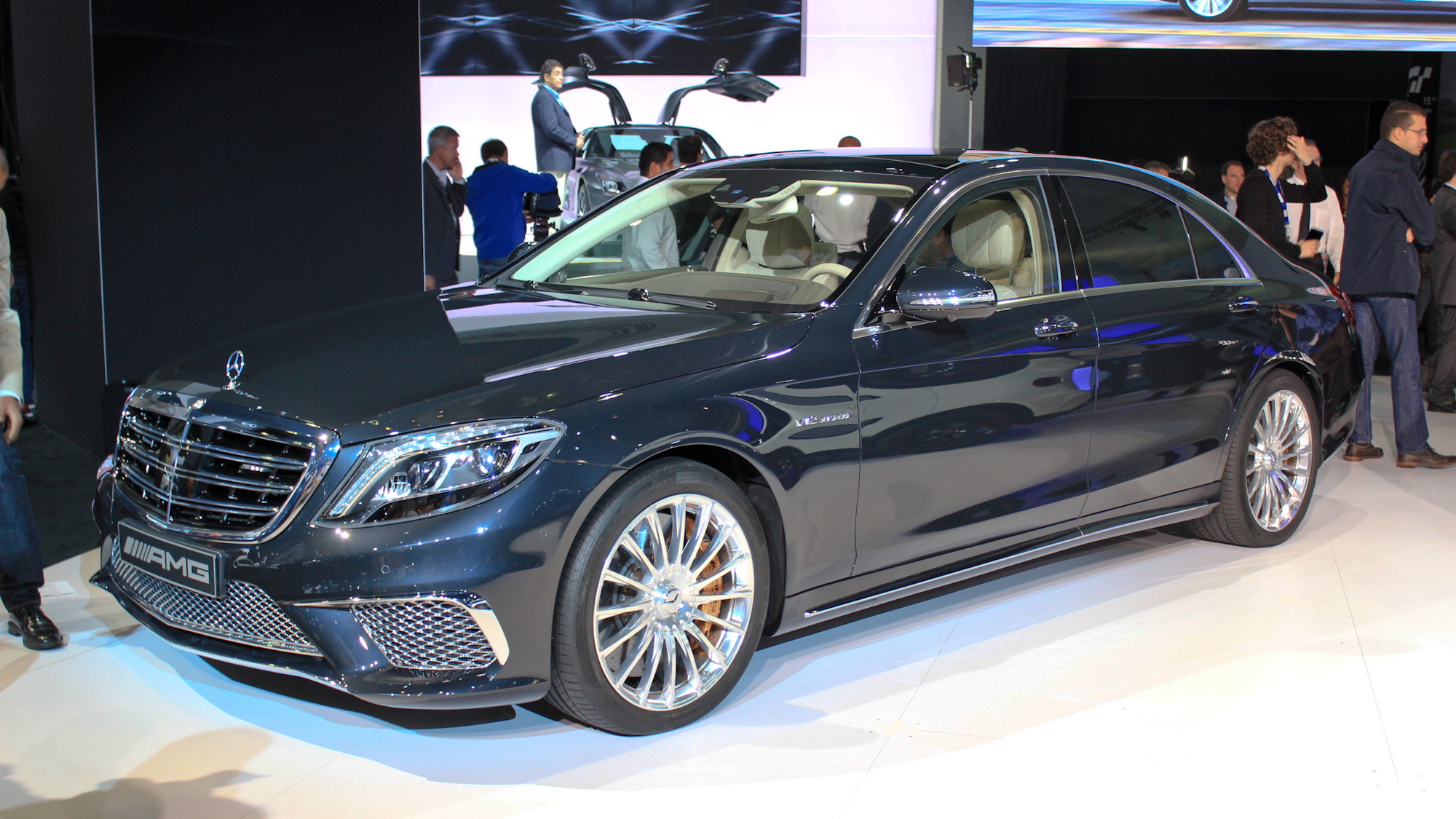 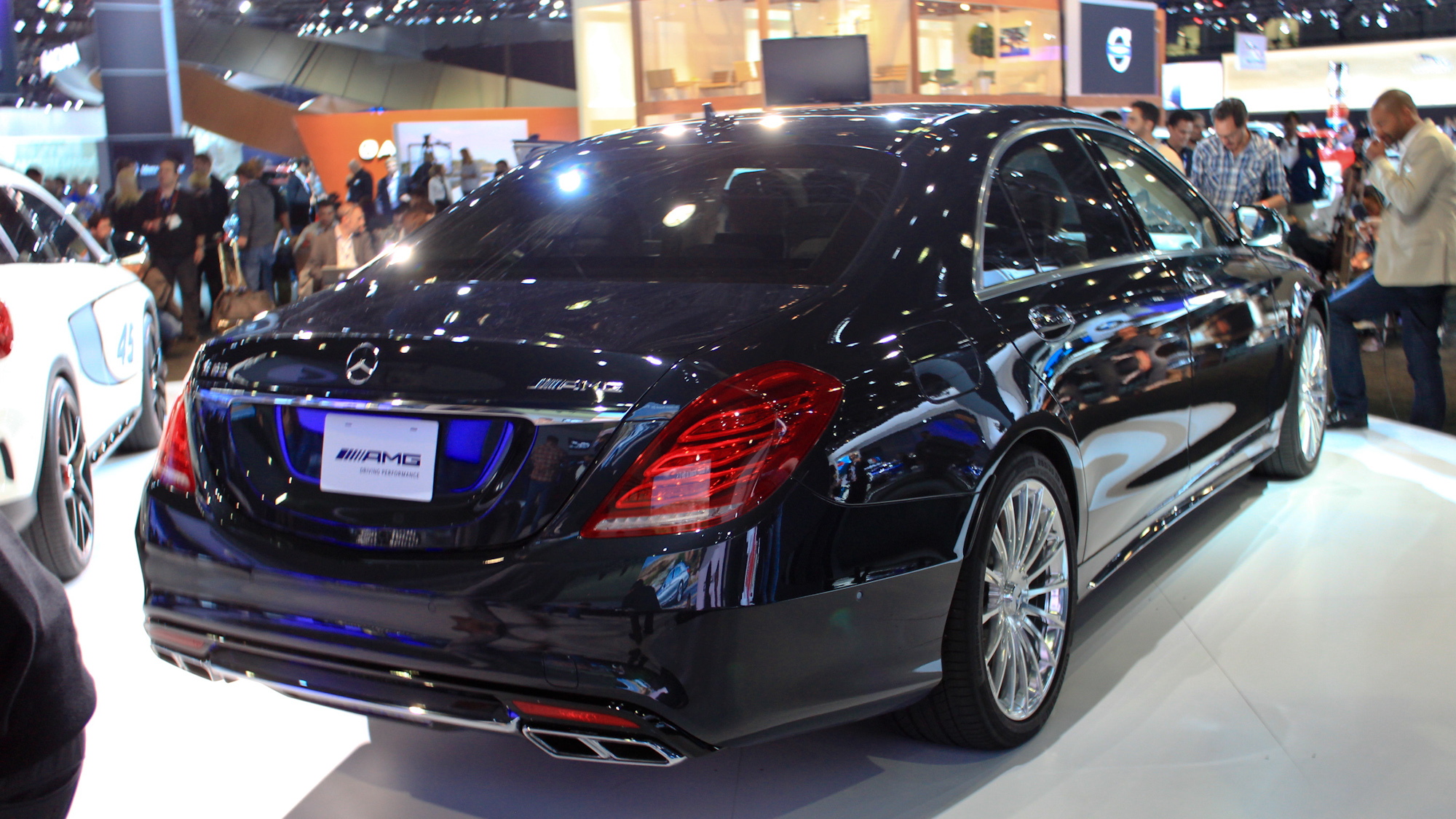 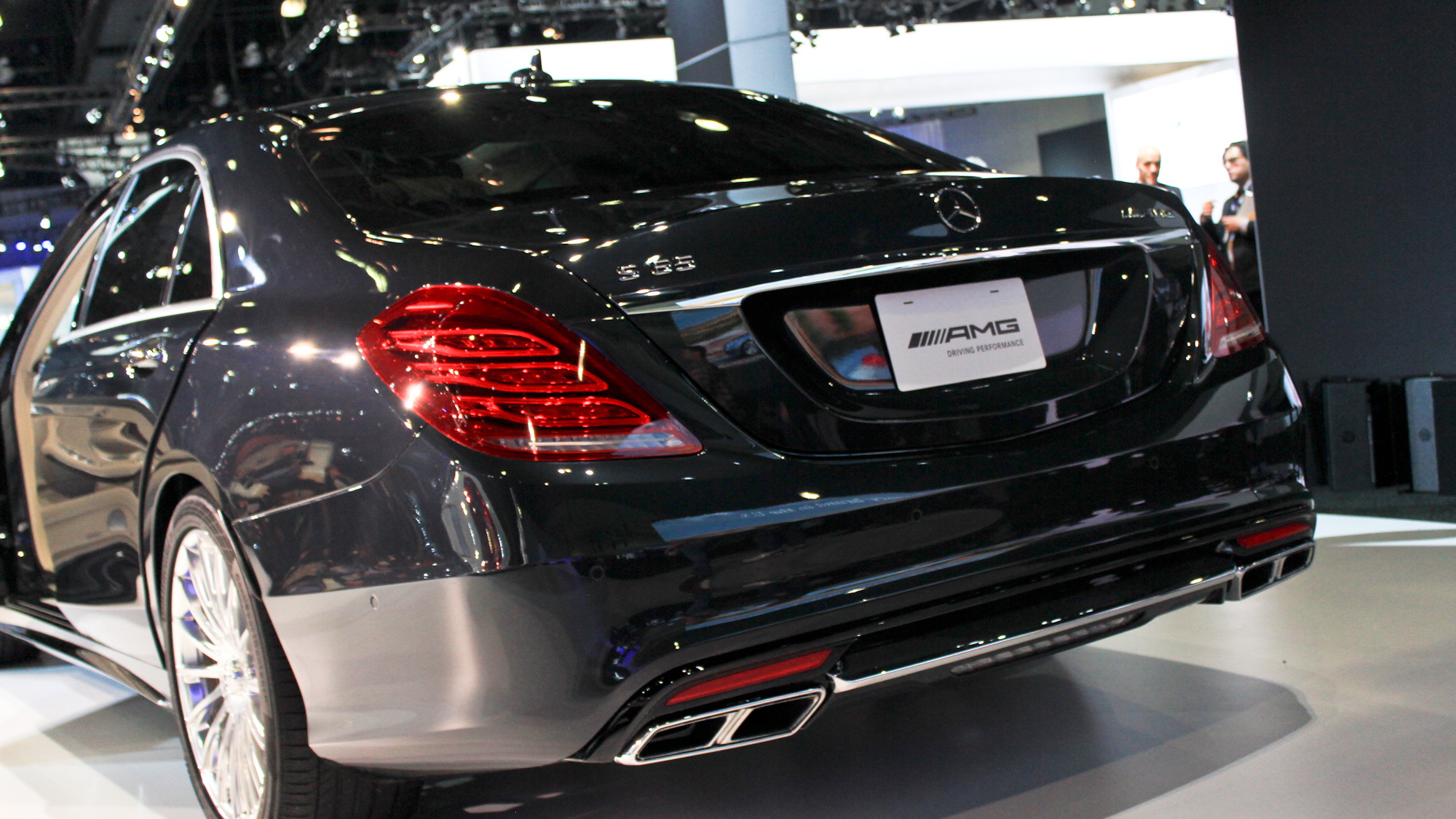 The V-8-powered 2014 Mercedes-Benz S63 AMG offers up everything you could ever want from a full-size performance sedan, but there’s something about having 12 cylinders nestled under the hood that simply makes a car feel a tad more special. Enter the 2015 Mercedes-Benz S65 AMG, the V-12-powered AMG variant of the latest-generation S-Class.

The car has already been spotted in the wild, but now we've had our first look at the new super-S-Class, seen in the live photos above, at the 2013 Los Angeles Auto Show. Sales don’t commence until the second quarter of 2014, with pricing details due closer to the sales launch, but expect a substantial jump from the $140,425 starting price of the S63 AMG.

The engine in the new S65 AMG is a familiar one; it’s a twin-turbocharged 6.0-liter V-12 delivering 621 horsepower and 738 pound-feet of torque. The engine is the same unit fitted to the SL65 AMG and it was also fitted to the previous-generation S65 AMG, although it only had 604 horsepower then.

Needless to say, acceleration in the new S65 AMG is brutal. The 0-60 mph run is estimated to take just 4.2 seconds while top speed is electronically limited to 155 mph.

Note, the 577-horsepower S63 AMG is slightly quicker to 60, needing just 3.9 seconds. Mercedes hasn’t mentioned whether the S65 AMG will get the 4MATIC all-wheel-drive system that the S63 AMG benefits from, so this could explain the slower acceleration. It will still benefit from plenty of technological goodies, however, including lightweight construction, a seven-speed automatic transmission and even an IWC clock.

Matched to the engine is AMG’s SPEEDSHIFT PLUS 7G-TRONIC, which replaces the five-speed unit of the previous model. This makes a key contribution to reducing the vehicle's fuel consumption, as the engine can now work in more efficient rev bands. The efficiency of the powertrain is further improved by reduced-friction bearings and transmission oil heat management, and just so you can convince your environmentalist friends you’re not out clubbing baby seals to death on weekends, the car also comes with an engine stop-start system. EPA-rated fuel economy numbers will also be released closer to the sales launch.

The wheels are 20-inch light alloys with a multi-spoke design inspired by the wheels of the legendary 540K of the 1930s, a car whose sweeping curves were the inspiration for the character lines on almost all modern Mercedes models.

The standard brakes feature steel discs while carbon ceramic units are available as an option. The tires measure 255/40 at the front and 285/35 at the rear.

Inside, the car is as luxurious as any other S-Class, perhaps even more so. Nappa leather is fitted throughout and features an exclusive diamond pattern. The seats are special AMG buckets with plenty of adjustment and comfort features. There are also plenty of AMG logos all around the cabin, including in the instrument cluster whose speedometer reaches 220 mph and features the classic “V12 VITURBO” lettering.

Other features worth mentioning are stainless steel pedals, a Burmester premium audio system with 24 speakers, a massage function for the seats, a panoramic sliding sunroof and a surround view camera.

To see what else will be on show in L.A. this month, visit our dedicated show hub.