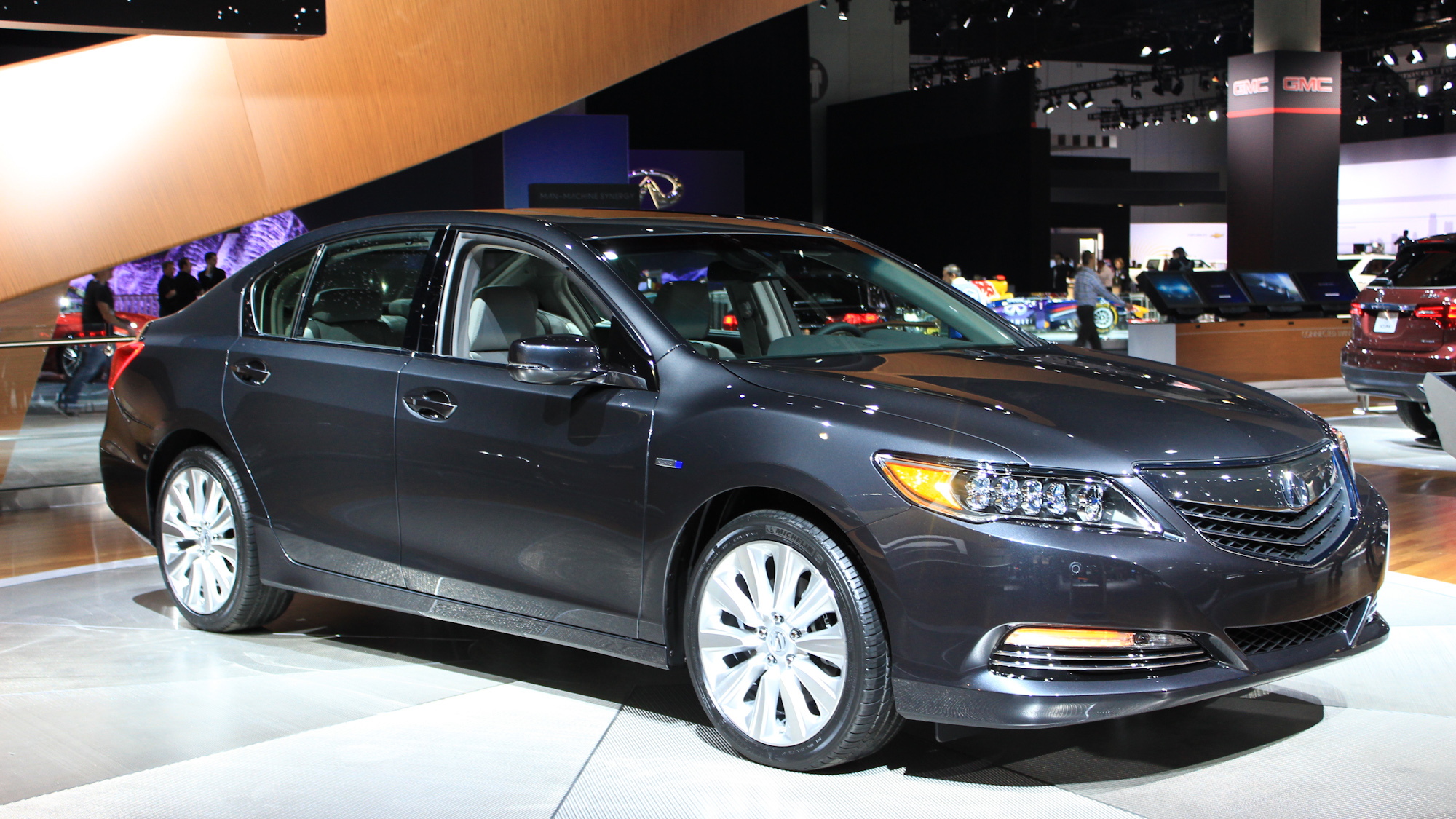 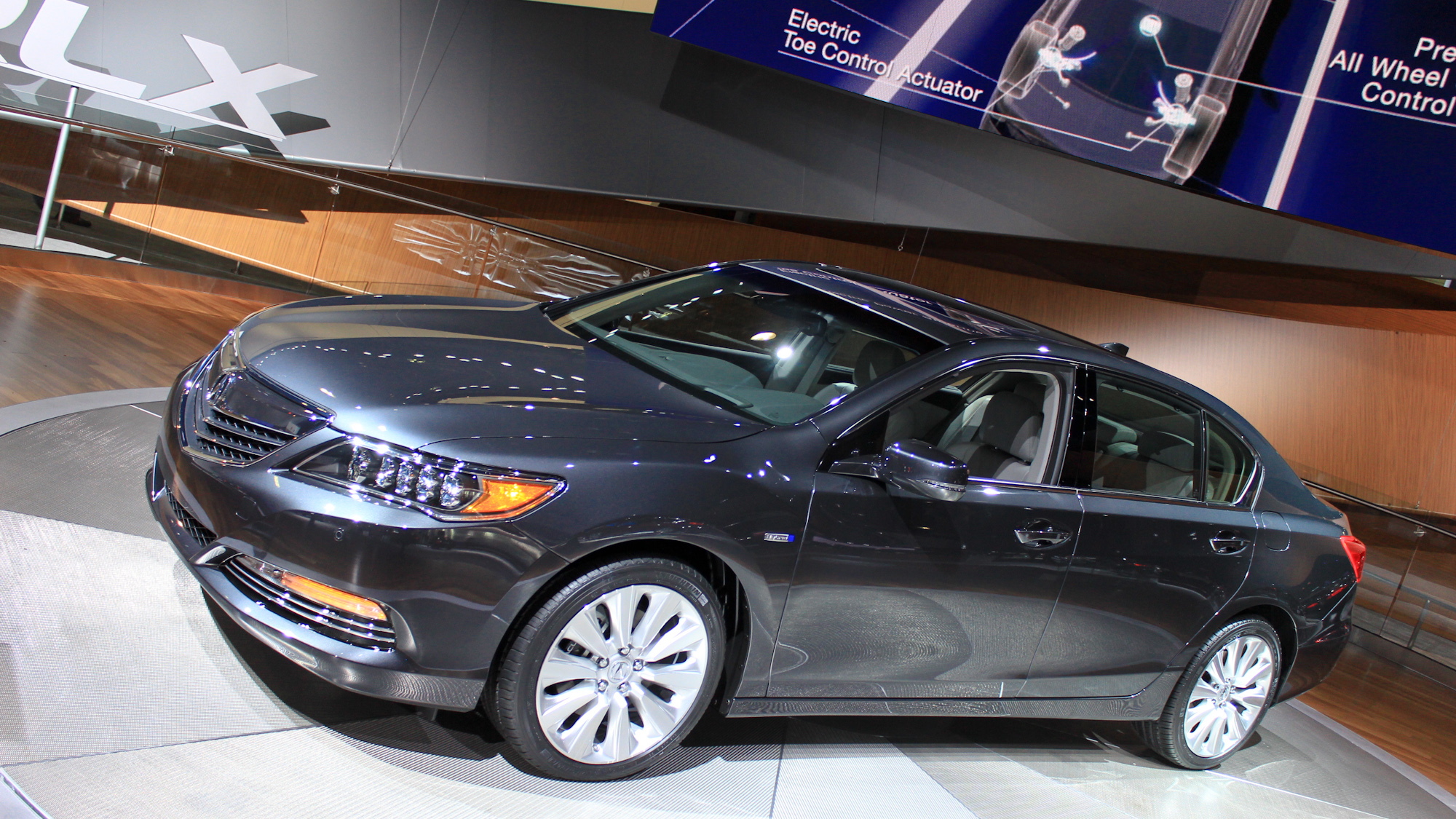 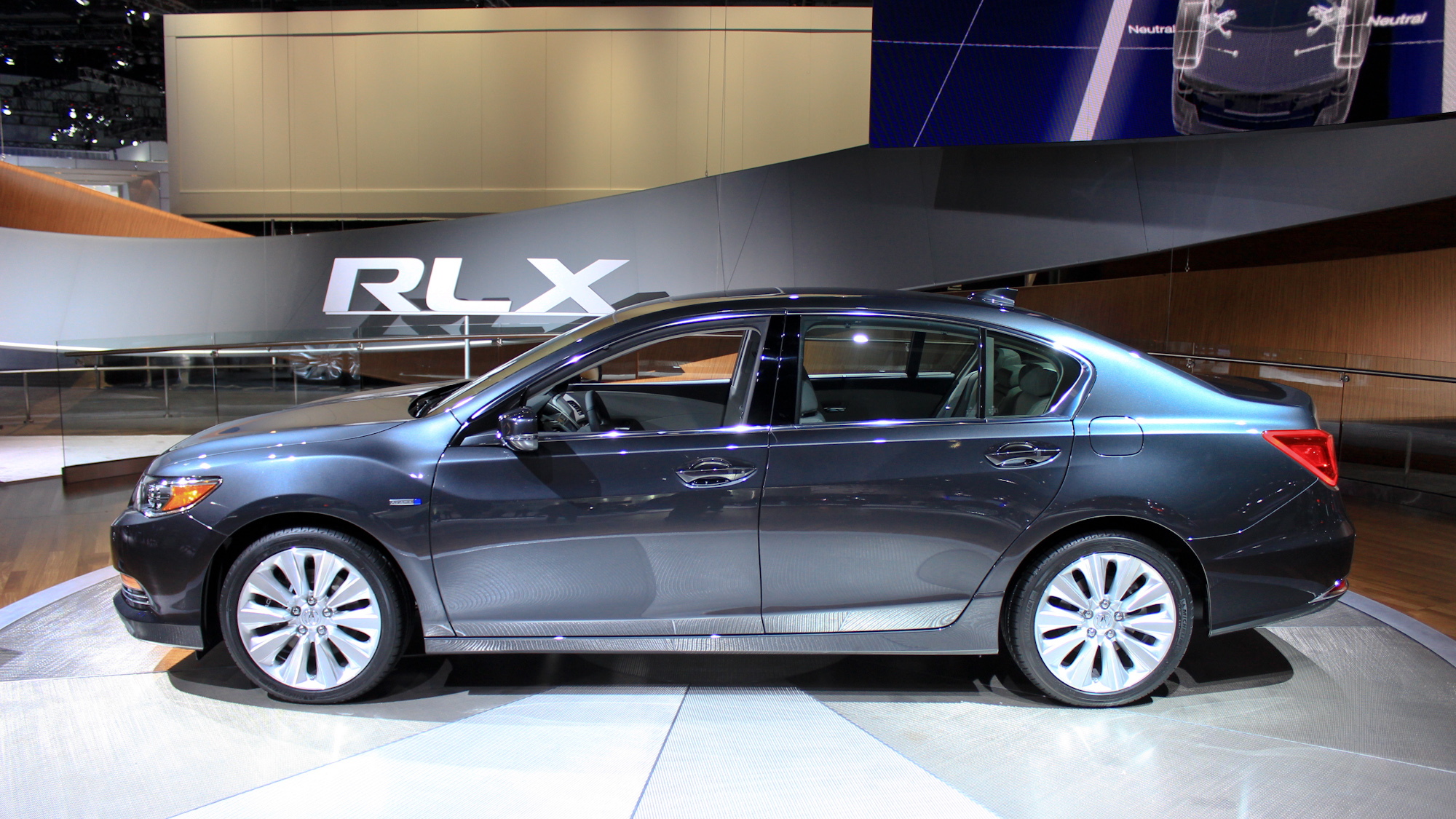 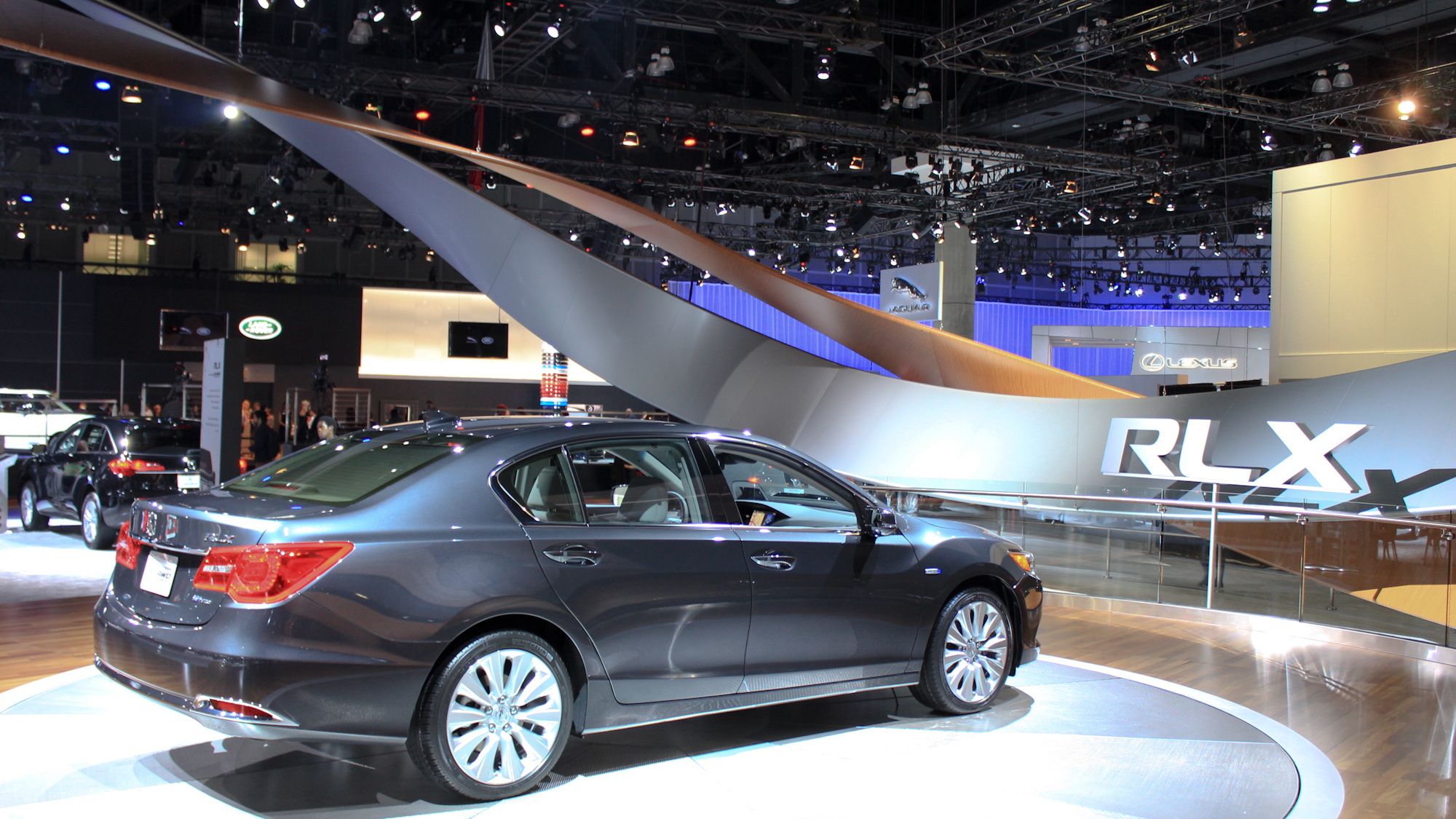 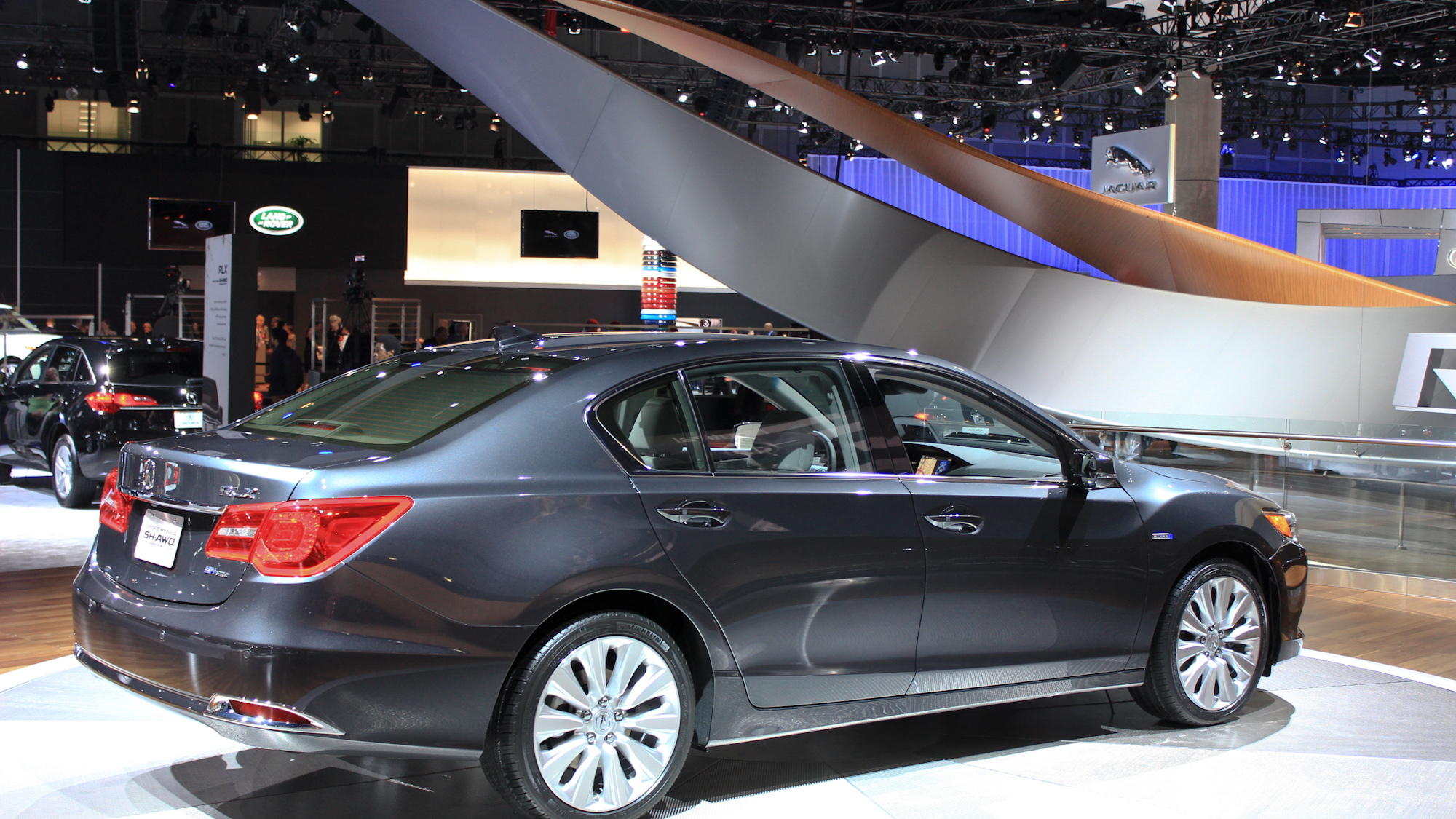 14
photos
A year ago, when Acura first announced that its RL flagship sedan was to be replaced by a new model called the RLX, the Japanese automaker rolled out a thinly-veiled concept version of the new RLX that was powered by an advanced hybrid system similar to the drivetrain destined for the new NSX sports car. Called Sport Hybrid Super Handling All-Wheel Drive, or Sport Hybrid SH-AWD for short, the new hybrid drivetrain was promised to be offered in the RLX first, and then in the NSX. Acura has now revealed its RLX fitted with Sport Hybrid SH-AWD at the 2013 Los Angeles Auto Show.

The RLX Sport Hybrid SH-AWD launches on the market in 2014 as the most powerful and technologically advanced sedan ever built by Acura. Its drivetrain consists of a direct-injected 3.5-liter V-6 engine, a seven-speed dual-clutch transmission and three electric motors. Total system output is 377 horsepower yet fuel economy is said to be equivalent to that of a four-cylinder engine. Acura is touting a 30 mpg combined figure, which is quite impressive considering the car weighs more than 4,000 pounds.

The engine and transmission combo is paired with just one of the electric motors and is used to drive the front wheels. The remaining two motors drive the rear wheels, independently. This creates a ‘through-the-road’ hybrid all-wheel-drive setup that forms the basis of Sport Hybrid SH-AWD. A bilateral torque control system instantly generates negative or positive torque at the rear wheels during cornering to aid handling and provide what Acura describes as an “on-the-rails-cornering” experience.

Powering the three electric motors is a central lithium-ion battery, charged via regenerative braking or directly by the engine. When all-wheel drive isn’t required, Sport Hybrid SH-AWD also enables the engine to work exclusively or the electric motors.

We’ve already driven a prototype version and will be bringing you a first drive report on the production RLX Sport Hybrid SH-AWD very soon. In the meantime, hit this link for more from the 2013 Los Angeles Auto Show.