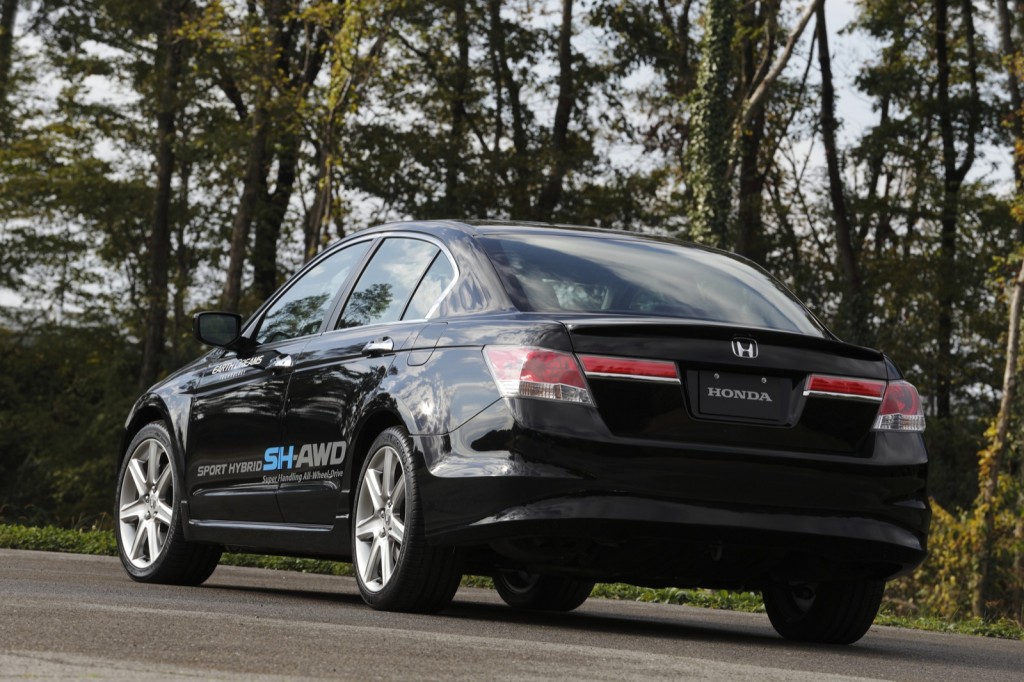 Acura may not quite have the prestige or the cachet of longtime luxury marques like Mercedes-Benz, Jaguar, or even Lexus, but it does have top-drawer access to the most innovative powertrain and chassis engineering developments from Honda. And with Acura’s upcoming flagship sedan, the 2014 RLX, it may very well make up for that with several breakthrough technologies that—based on what we’ve just experienced in some short road-course exercises—safer, more responsive, and a heck of a lot of fun to drive.

The most noteworthy of those technologies in the upcoming RLX is the so-called Sport Hybrid version of Acura’s Super-Handling All-Wheel Drive (SH-AWD) system, which uses three electric motors in all. That includes one high-power (30 kW or greater) motor built into a seven-speed automated dual-clutch gearbox, as well as two 20-kW motors—each one individually powering the rear wheels.

This new powertrain promises much-improved acceleration and fuel economy versus the outgoing model, and it should put the new RL at the head of the pack for gas mileage among large, performance-oriented luxury sedans. In short, it promises acceleration and output (370 horsepower) on the level of a modern V-8, with better fuel efficiency than a four-cylinder models.

While that’s the straight-line story, the real advancement in this system (which uses some technology that will also be used in the upcoming NSX supercar) is in handling. With the electric motors, you get power delivered to the rear wheels to aid traction in bad weather or to help neutralize understeer during handling. But it’s better than that; each of those rear-wheel motors operate fully independently, meaning that one of them can deliver positive torque while the other can generate torque in the opposite direction—generating a yaw moment and making a more effective correction to vehicle stability than a brake intervention alone. 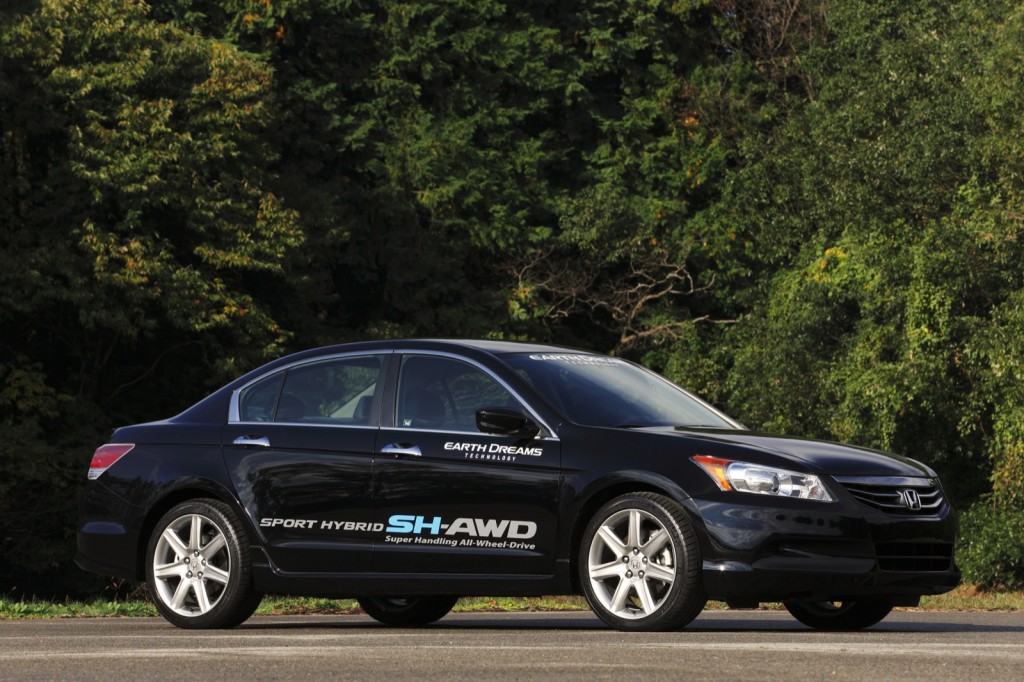 Acura just this week allowed us the chance to get a preview of how this system will feel from the driver’s seat. Driving an advanced RLX development mule—within a Honda Accord—we were able to negotiate a tight road course extremely quickly. The system showed its strengths both in tight corners and in more gradual, higher-speed corners. At the tightest corners we could feel power being applied to the outer rear wheels while the inner rear wheel opposed or ‘pulled back’—helping to rotate the car and seamlessly minimize understeer. Right at the limit the angles could very gently and safely be altered with the accelerator.

Although we didn’t get a chance to experience the hybrid system under gentle, more ordinary driving, we did notice, as we did in our drive of the new i-DCD system for small cars, that the electric motor in front helps smooth shifts of the seven-speed dual-clutch transmission by providing an added kick of power just before and during shifts.

Motor system ready for a workout

Judging not only by what we felt ‘by the seat of the pants’ but also by an interactive display mode showing power flow, the system gets a workout on the track. Engineers said that they’ve put the system to the test in some demanding high-temperature conditions. The electric motors at the rear wheels are oil-cooled, and they’ll only reduce their torque output somewhat if they do rise above a particular temperature. Meanwhile, of course, the new system makes even ham-fisting more fuel-efficient. 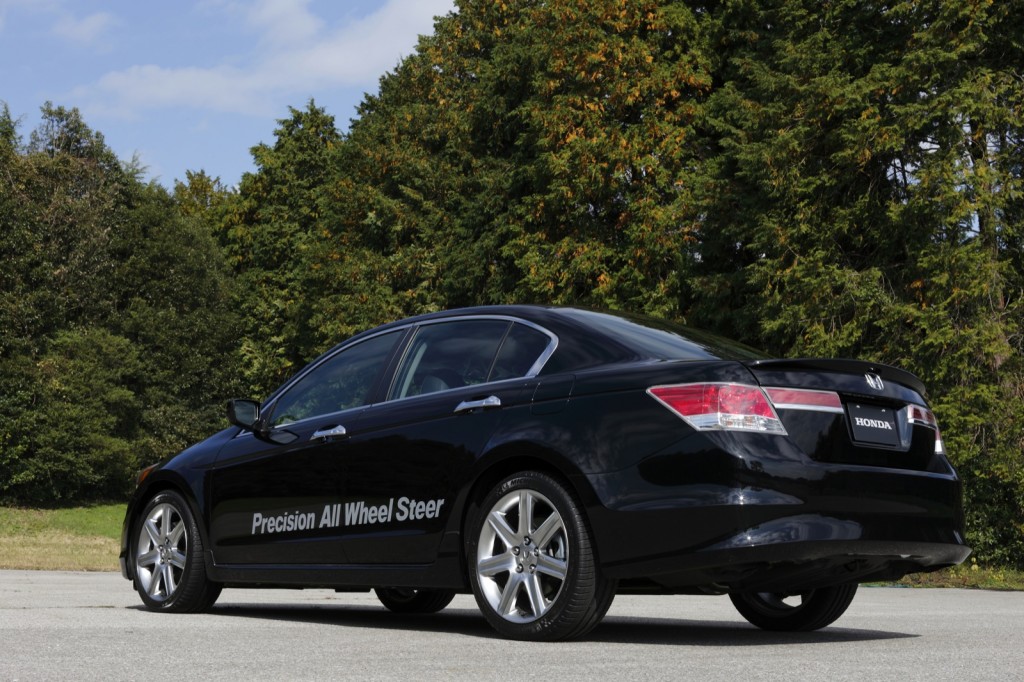 Front-wheel-drive versions of the 2014 RLX aren’t left out; they get their own all-new handling-oriented technology, called Precision All Wheel Steer. The idea builds on decades of development of rear-wheel steering systems and is quite simple: a special actuator is placed along the toe-control link for the multi-link rear suspension. Through it, the system can electronically manage rear toe-in—adding varied amounts of it to the inside rear wheel (up to two percent)—to increase stability during abrupt handling maneuvers, like high-speed lane-changes, or to reduce understeer during other higher-speed corners.

A ‘nudge’ into a more confident line

The effect of this technology (and its advantages) is more straightforward than that of the hybrid system (which we look forward to revisiting when it’s close to production), and it’s easy to feel in both tight corners and high-speed sweepers. It’s especially pronounced in tight corners and in high-speed lane-change maneuvers, where it provides a subtle yet noticeable ‘nudge’ of the back end—not widening its line, but making it feel more neutral near the limit, and more like the front and rear wheels are following your intended line. It’s all very fluid and there’s nothing digital in the way the system deals with transitions.

There’s one other big advantage of Precision All Wheel Steer: more stable braking. On abrupt stops, no matter the speed, the RLX system kicks the toe in smoothly up to a maximum, to help keep the rear wheels more stable.

Between these two breakthrough technologies, we already anticipate that the 2014 Acura RLX will be more responsive and enjoyable to drive—as well as more efficient—than a number of those top-shelf luxury sedans. And with these technologies here, and perhaps further developed in the NSX, we wouldn’t be surprised if the Acura name does some status-climbing in the next few years. 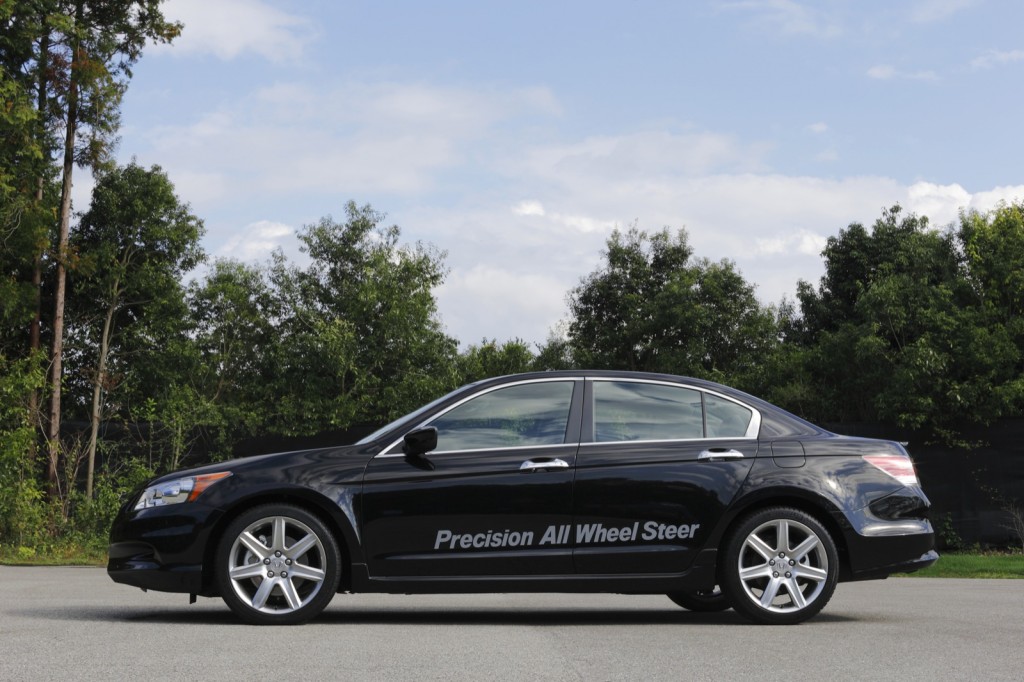