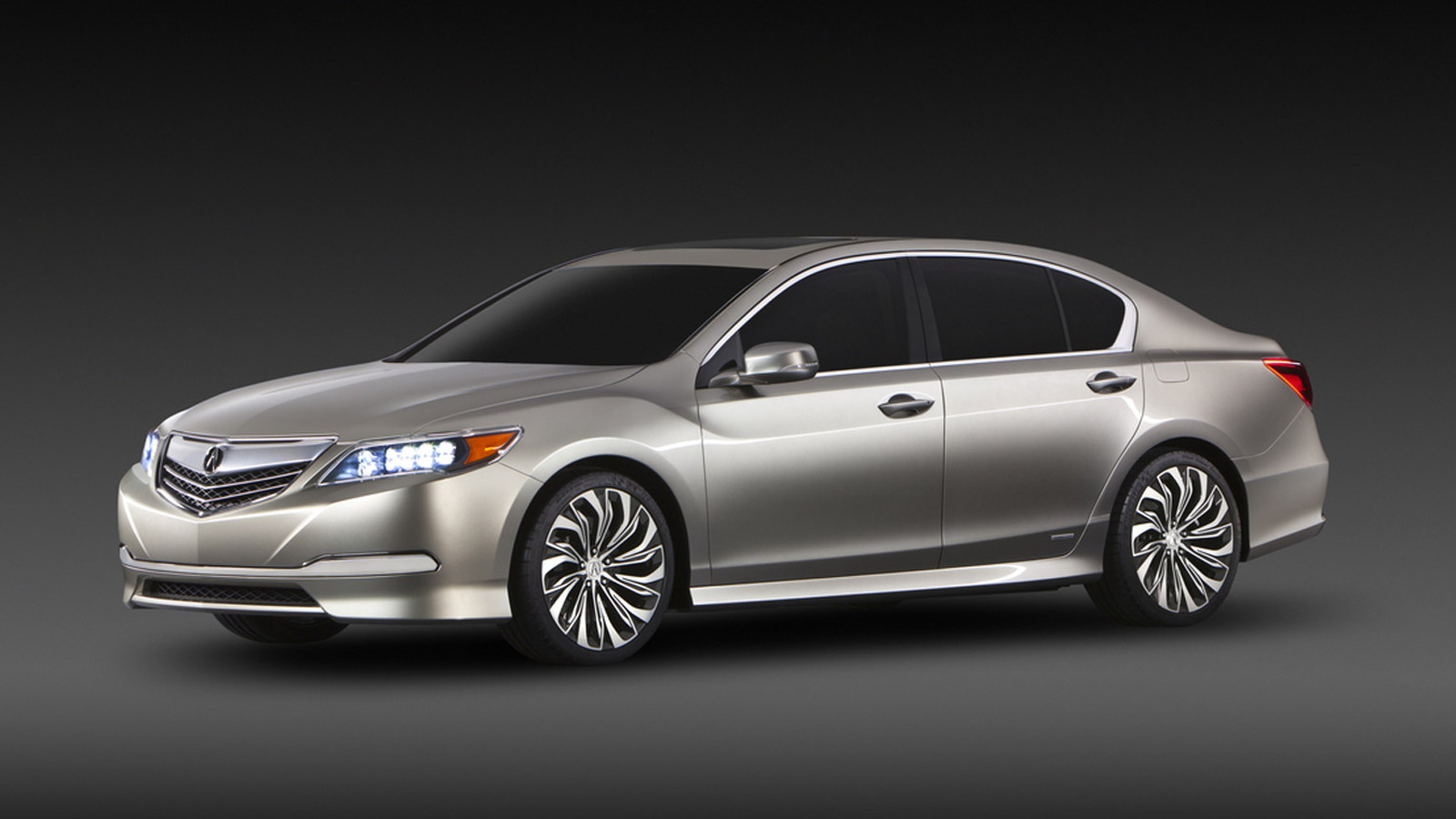 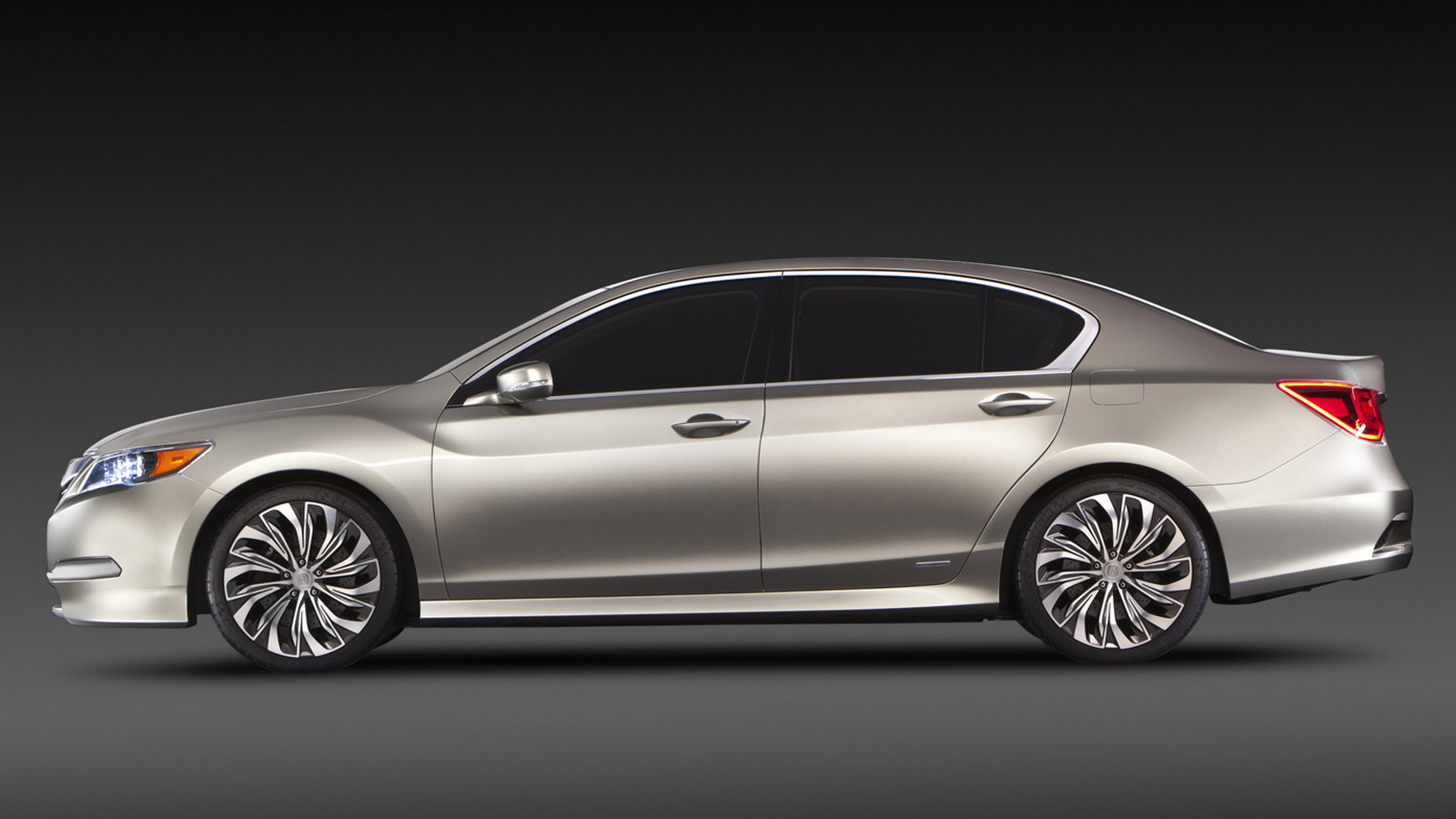 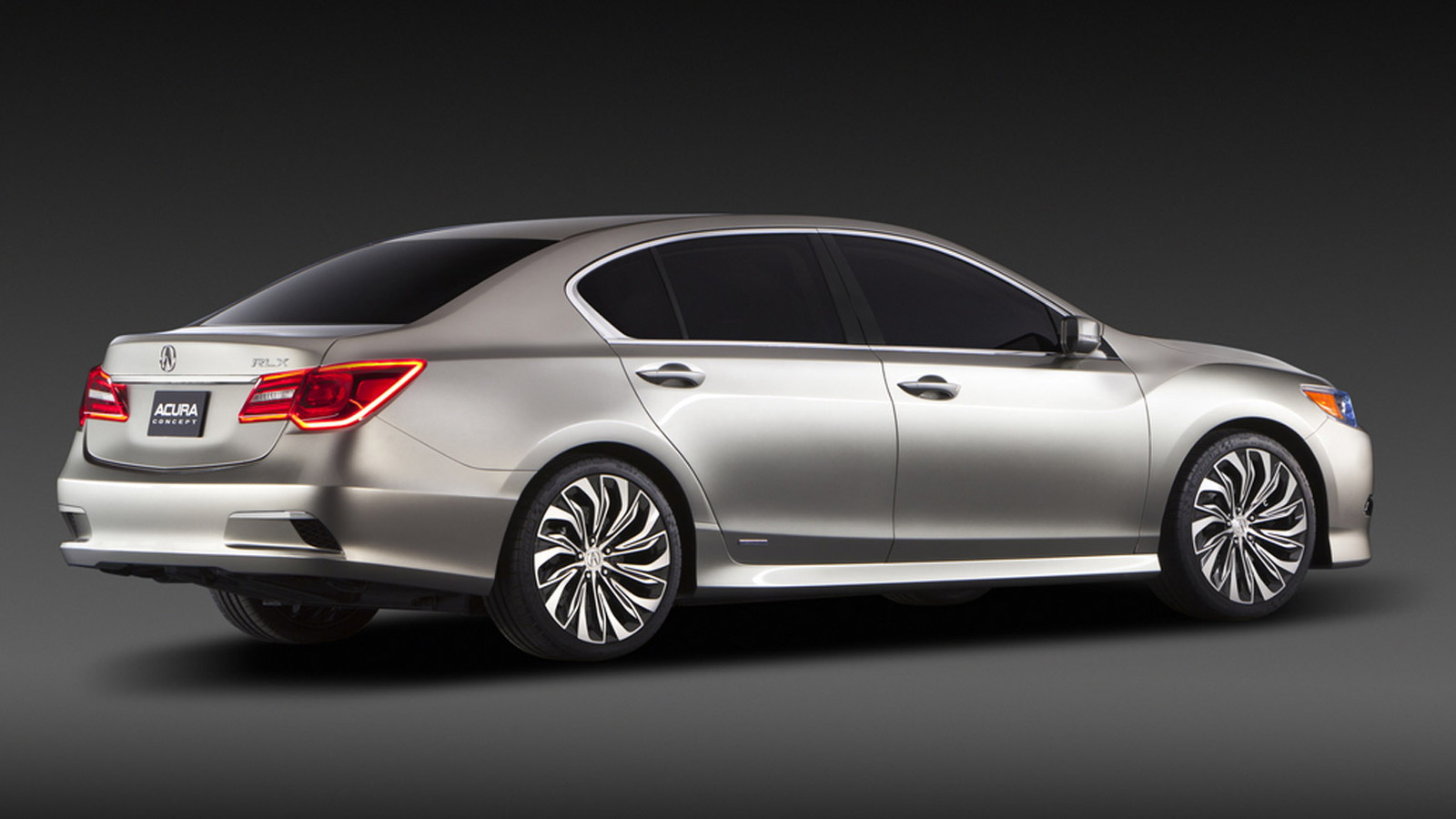 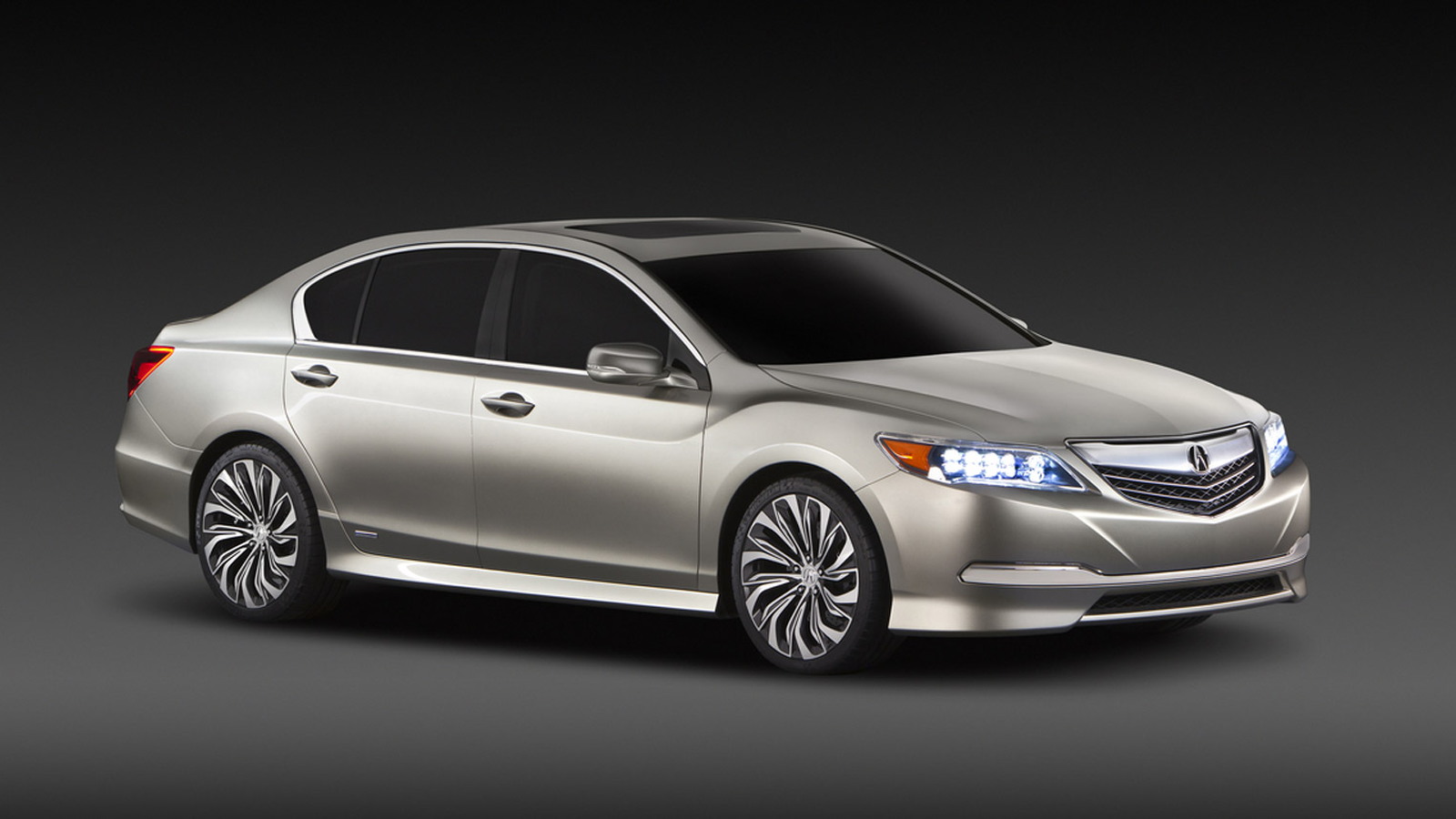 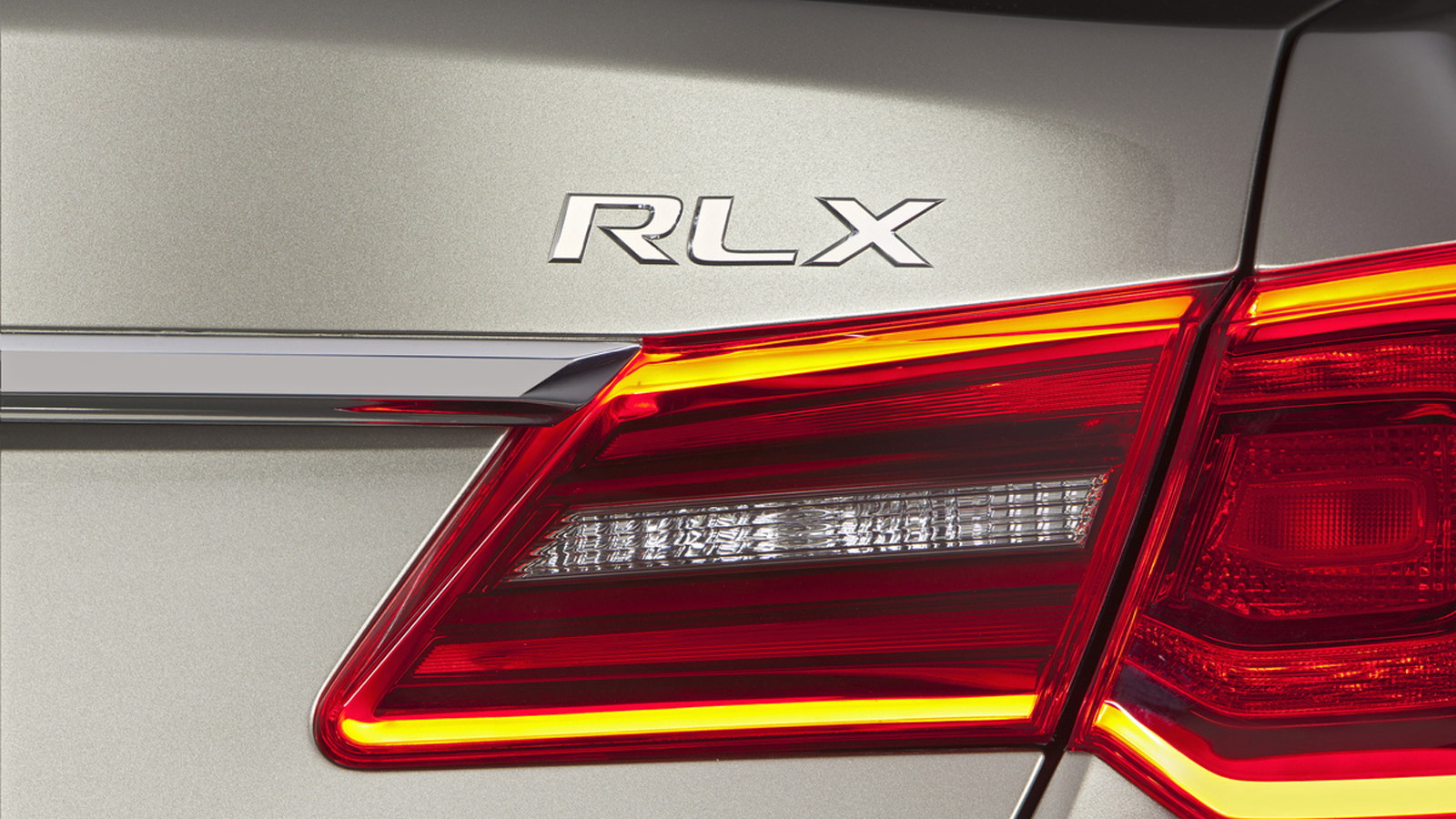 6
photos
At this week’s 2012 New York Auto Show Acura is treating us with a thinly-veiled concept version of its replacement for the aging RL.

The new concept also signifies a name change for the Acura flagship sedan, which will go by the name RLX when it arrives in showrooms early next year as a 2014 model.

While the name change is somewhat predictable given the naming practice used for most of Acura’s other models, Acura is making waves by fitting the RLX with its Acura Sport Hybrid Super Handling All-Wheel Drive system.

This hybrid-based all-wheel drive system was previewed late last year at the Tokyo Motor Show and has already been confirmed for use in the next-generation NSX supercar due in about three years. The design utilizes three electric motors in total, two powering one axle and a third integrated with a seven-speed dual-clutch transmission and gasoline V-6 that powers the alternating axle. Powering the three electric motors is a central lithium-ion battery.

The setup allows multiple driving modes, including electric- or gas-only modes, plus a hybrid mode calling on both electric and gas power and offering all-wheel drive capability. The sophisticated setup utilizes a bilateral torque control system to instantly generate negative or positive torque to the rear wheels during cornering. This provides a new level of agility and confidence to create what Acura calls an “on-the-rails-cornering” experience.

The V-6 engine is a direct-injected 3.5-liter V-6, which when matched with the triple electric motor combo delivers a combined output of 370 horsepower in the RLX. Acura is predicting V-8 performance coupled with fuel economy of 30/30 mpg city/highway and 30 mpg combined.

For buyers unmoved by the advanced hybrid tech, Acura plans to launch a regular front-wheel drive RLX powered solely by the V-6 engine and rated at 310 horsepower. To aid handling of this model, Acura’s engineers have added another new feature called Precision All Wheel Steer. This system provides for independent control of the steering (toe) angle of the right and left rear wheels by utilizing electrically controlled actuators.

The rest of the car is pretty much what you’d expect from a flagship Acura sedan. It features the automaker’s ‘Keen Edge’ design language, which focuses on taut and aerodynamic shapes and proportions. Those wheels are 20-inch forged aluminum pieces and are shod with 255/35 R20 high-performance tires.

Dimensionally, the RLX is approximately the same length as the current RL, but with a two-inch longer wheelbase and two-inch shorter front overhang. Both the track and vehicle width increase by approximately two inches. Up front are a set of LED headlamps.

Inside, there’s advanced telematics and infotainment systems, dual LCD screens, a 14-speaker stereo and a navigation system with voice recognition capability. Safety features include an array of radar-based monitoring systems, stiffened body structure, plus front, side and side-curtain airbags for the driver and front passenger.

Though the RLX on show in New York is technically a concept, almost all of its features will appear on the production model due in showrooms early next year.