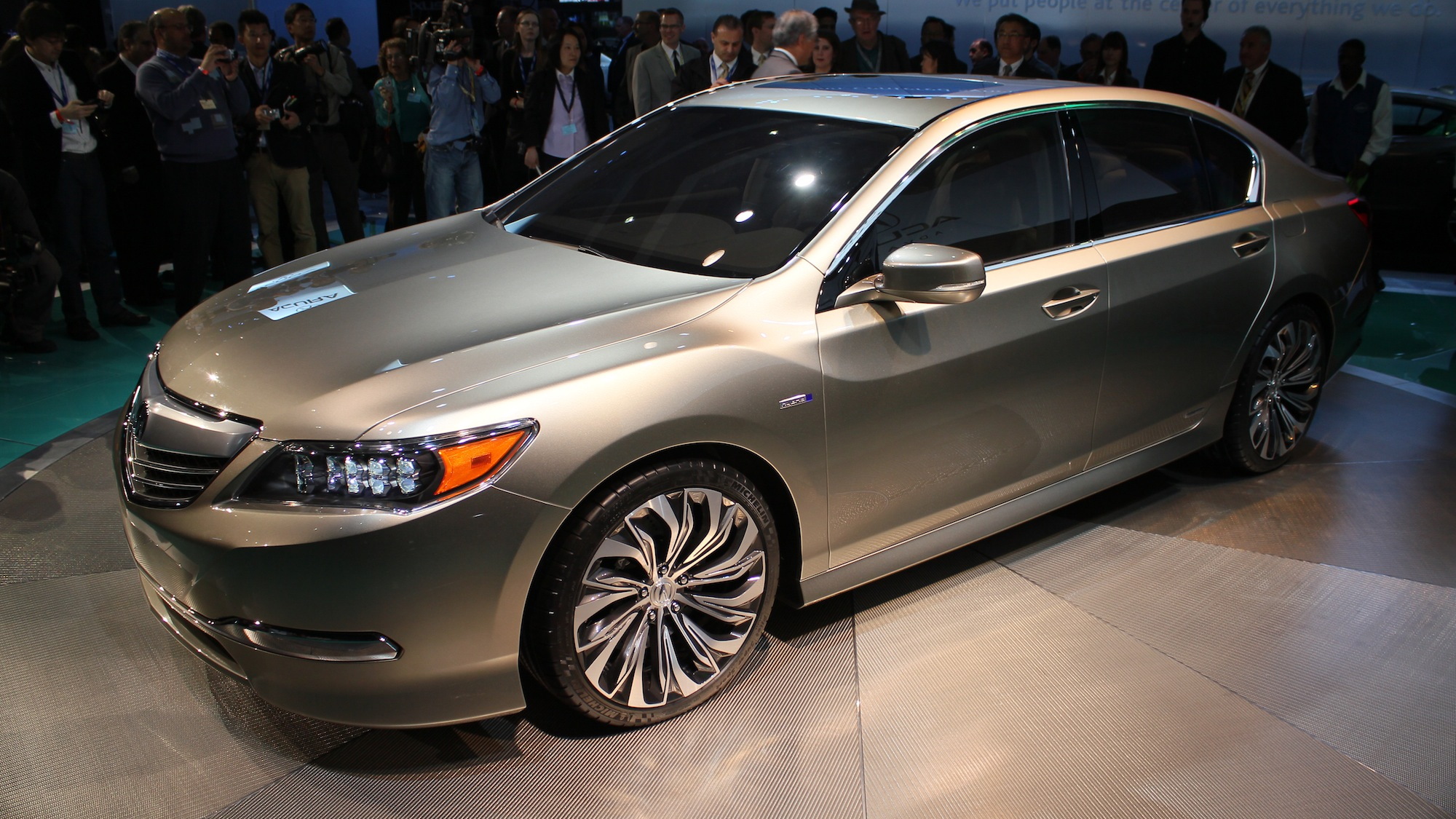 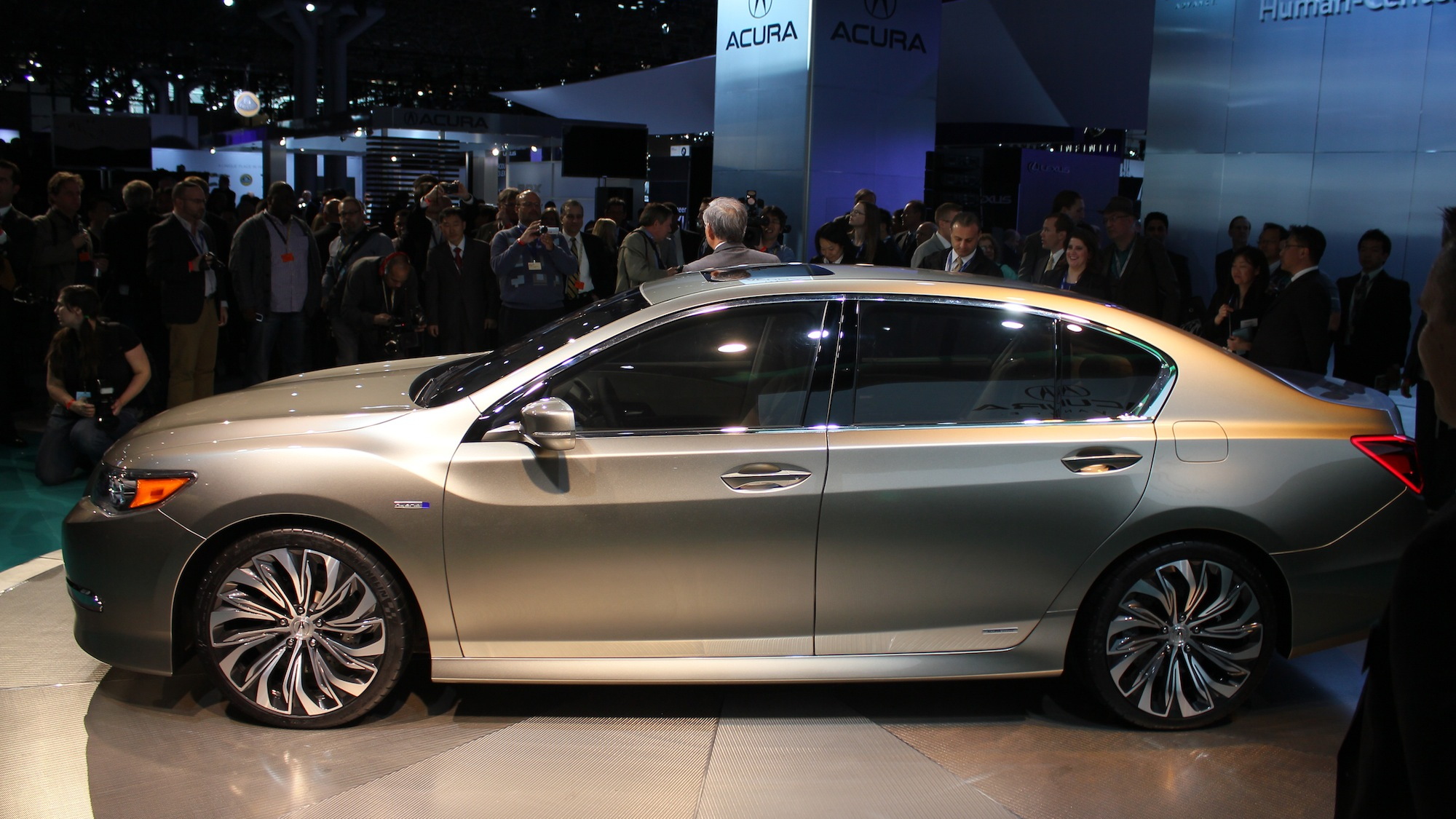 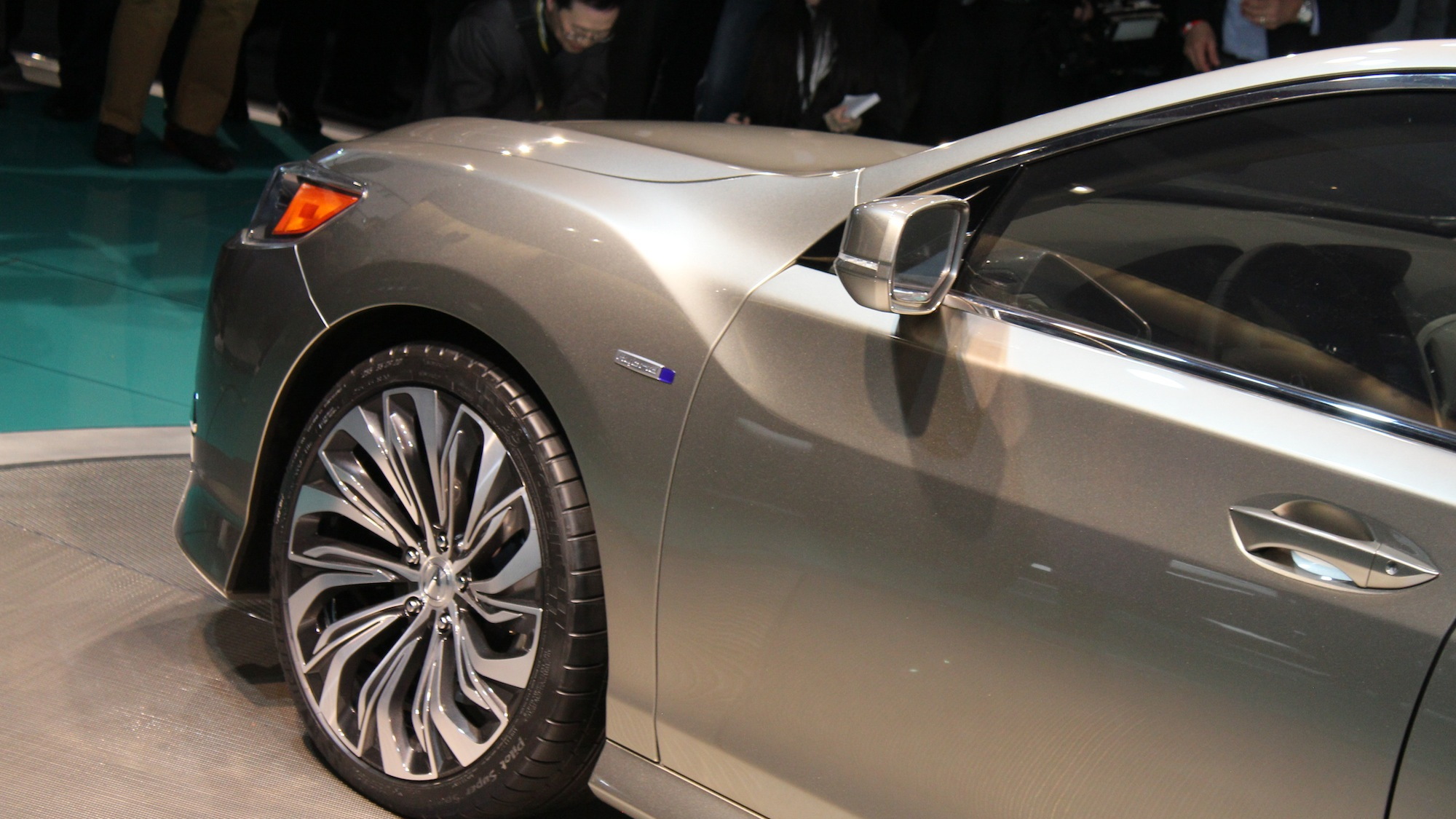 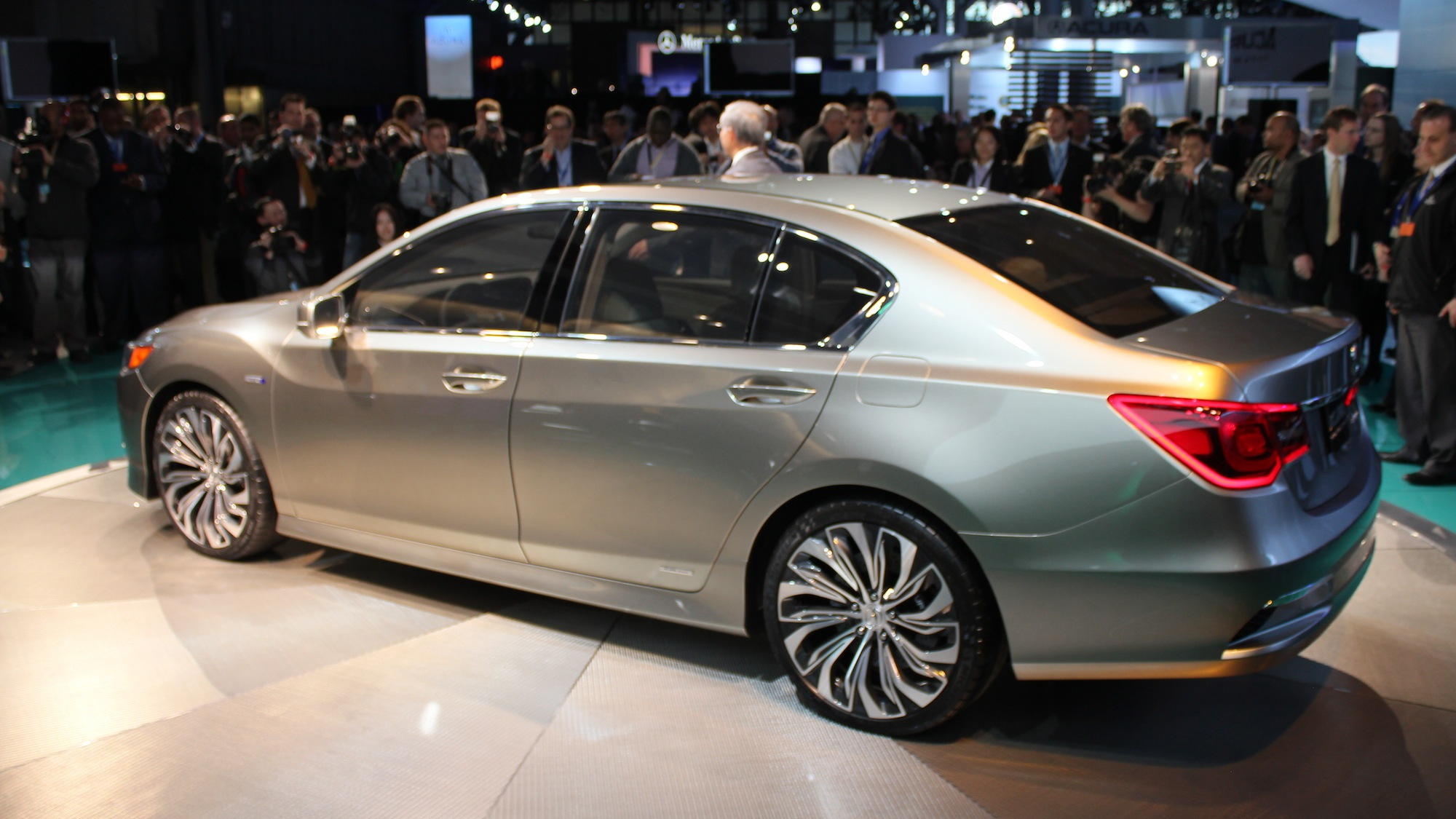 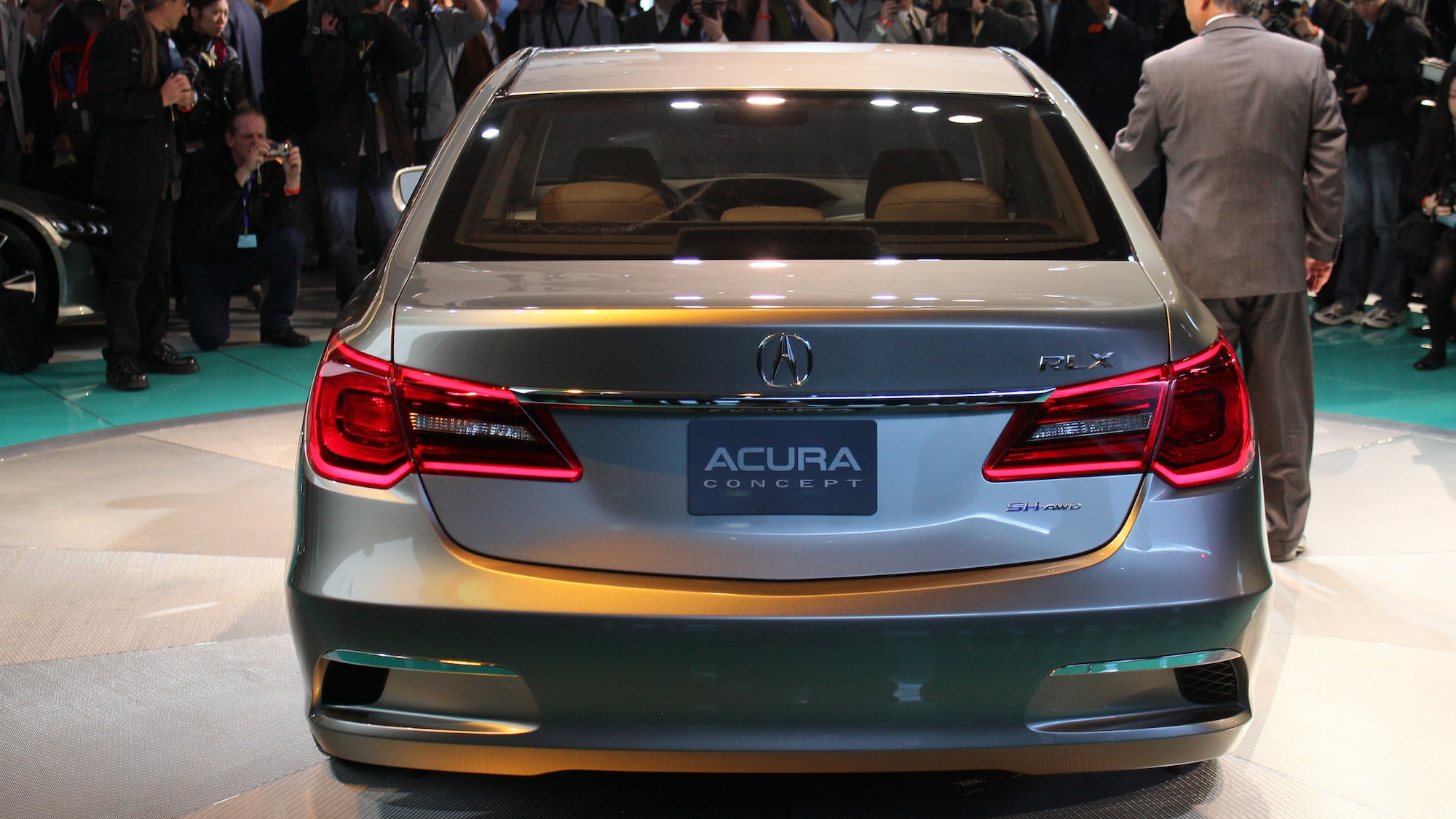 16
photos
Though it's called a concept, all that's likely to change on the 2014 Acura RLX are the wheels. The new flagship will arrive in showrooms early in 2013 as a 2014 model, but this first look at the car in person at the 2012 New York Auto Show gives us a very good idea what to expect.

Powered in Sport Hybrid SH-AWD form by a combination of V-6 engine and electric motor good for 370 horsepower and 30 mpg combined, the new RLX promises to be quick and efficient, while also large and luxurious--very contradictory goals the brand seeks to harmonize into the RLX's design.

Whether it's successful on the driving front is a matter to be settled after a test drive, but from the sheer aesthetics point of view, the RLX does the trick for us, for the most part. Those wheels could use replacing though.