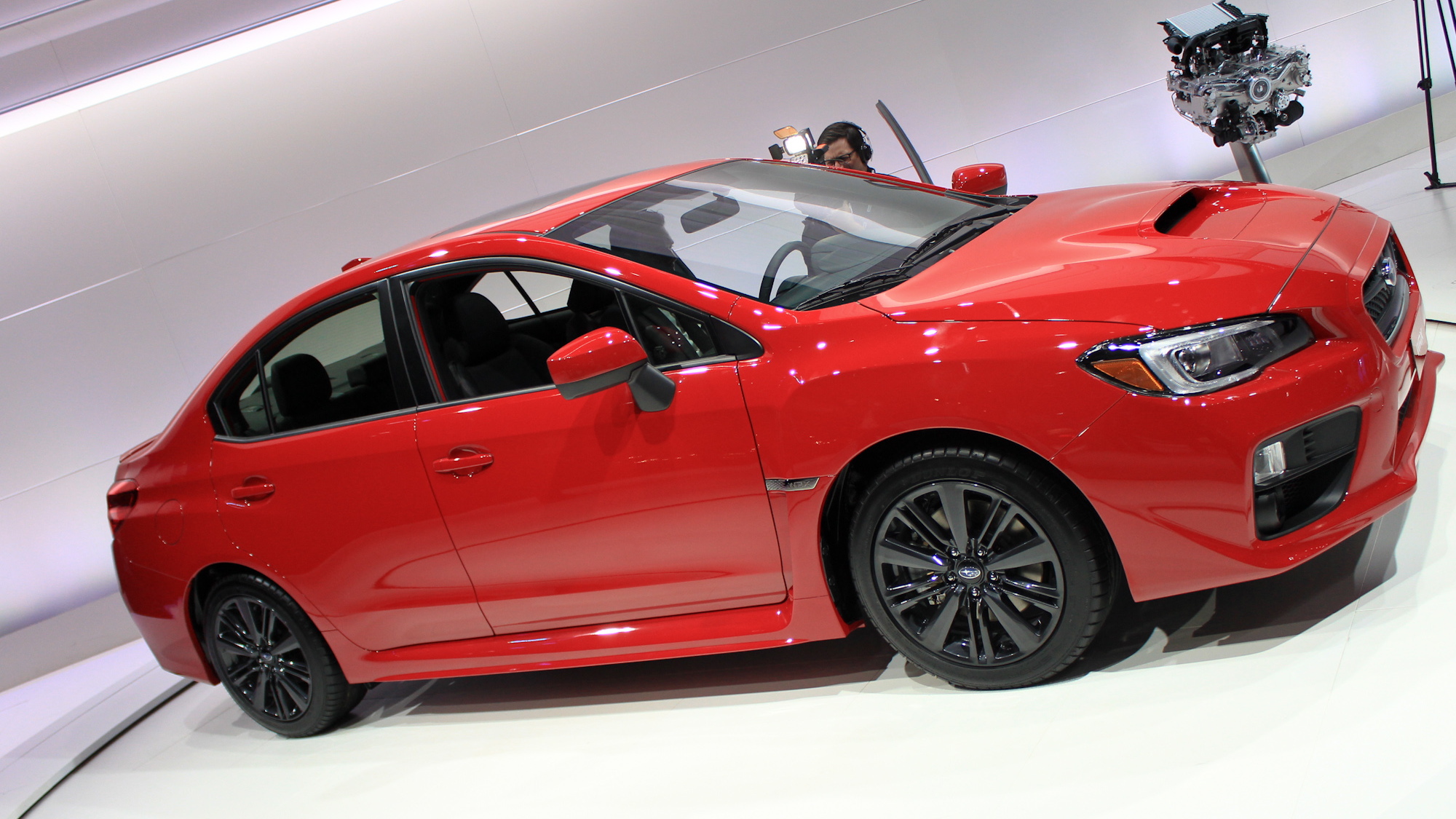 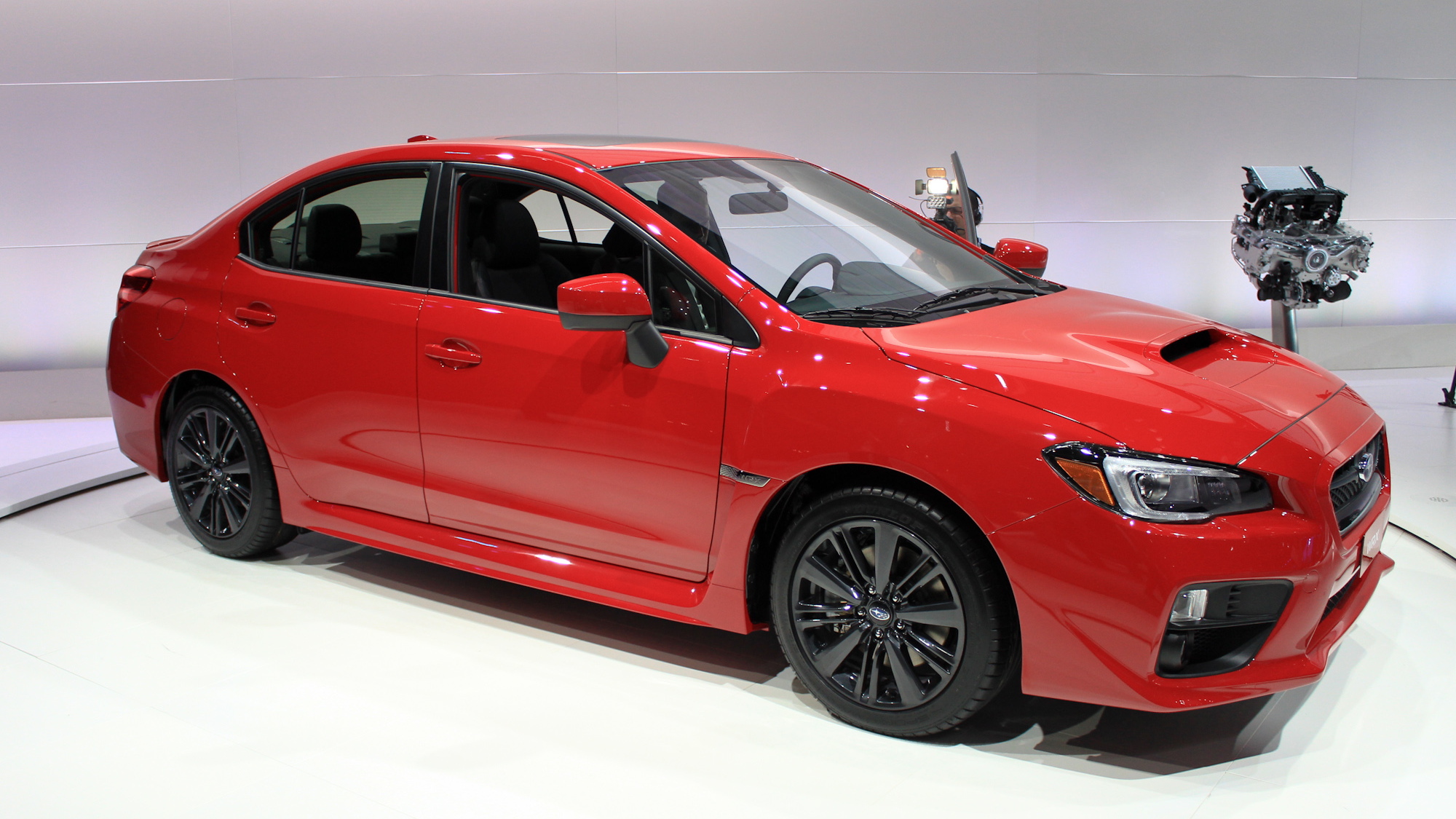 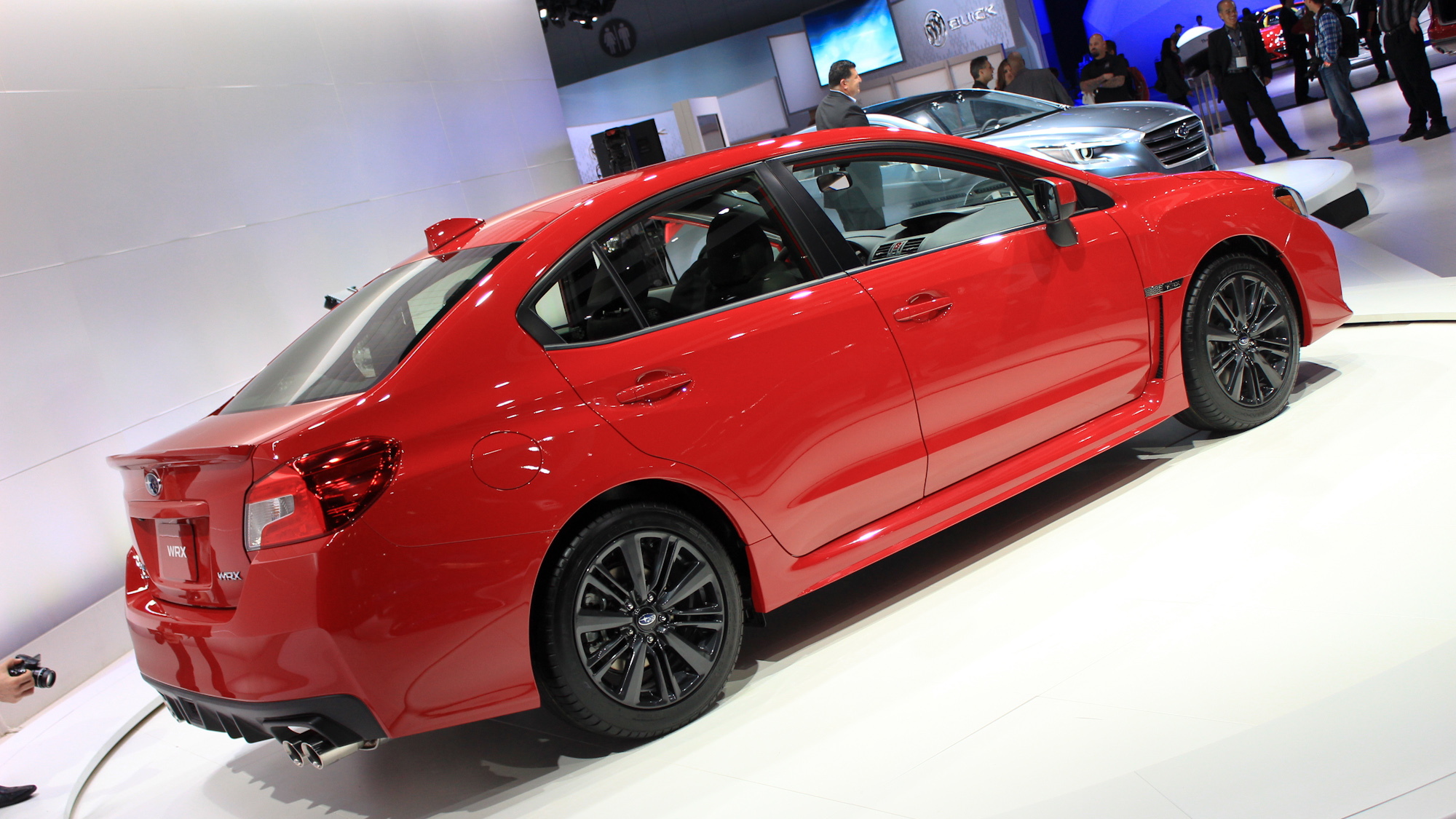 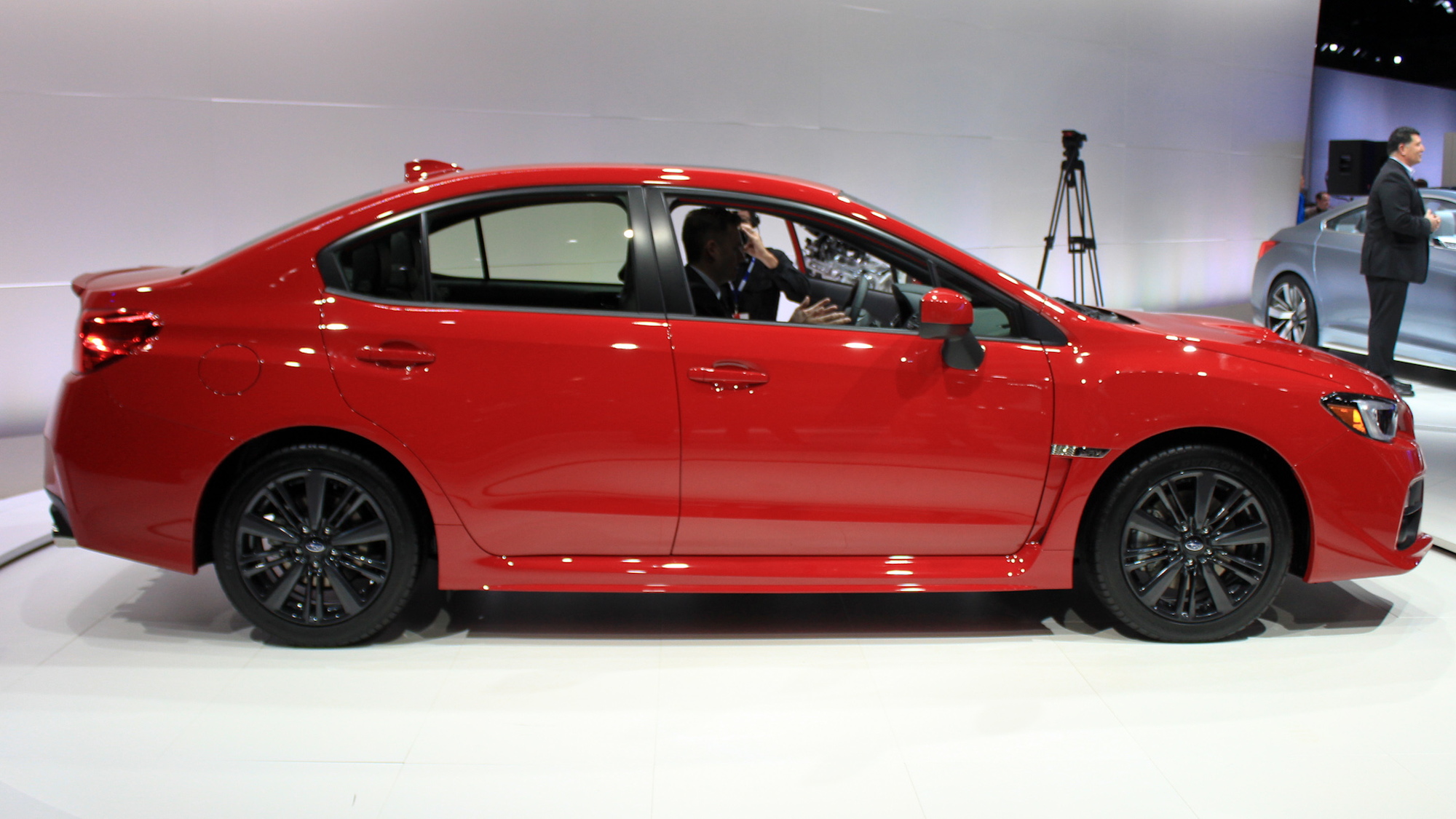 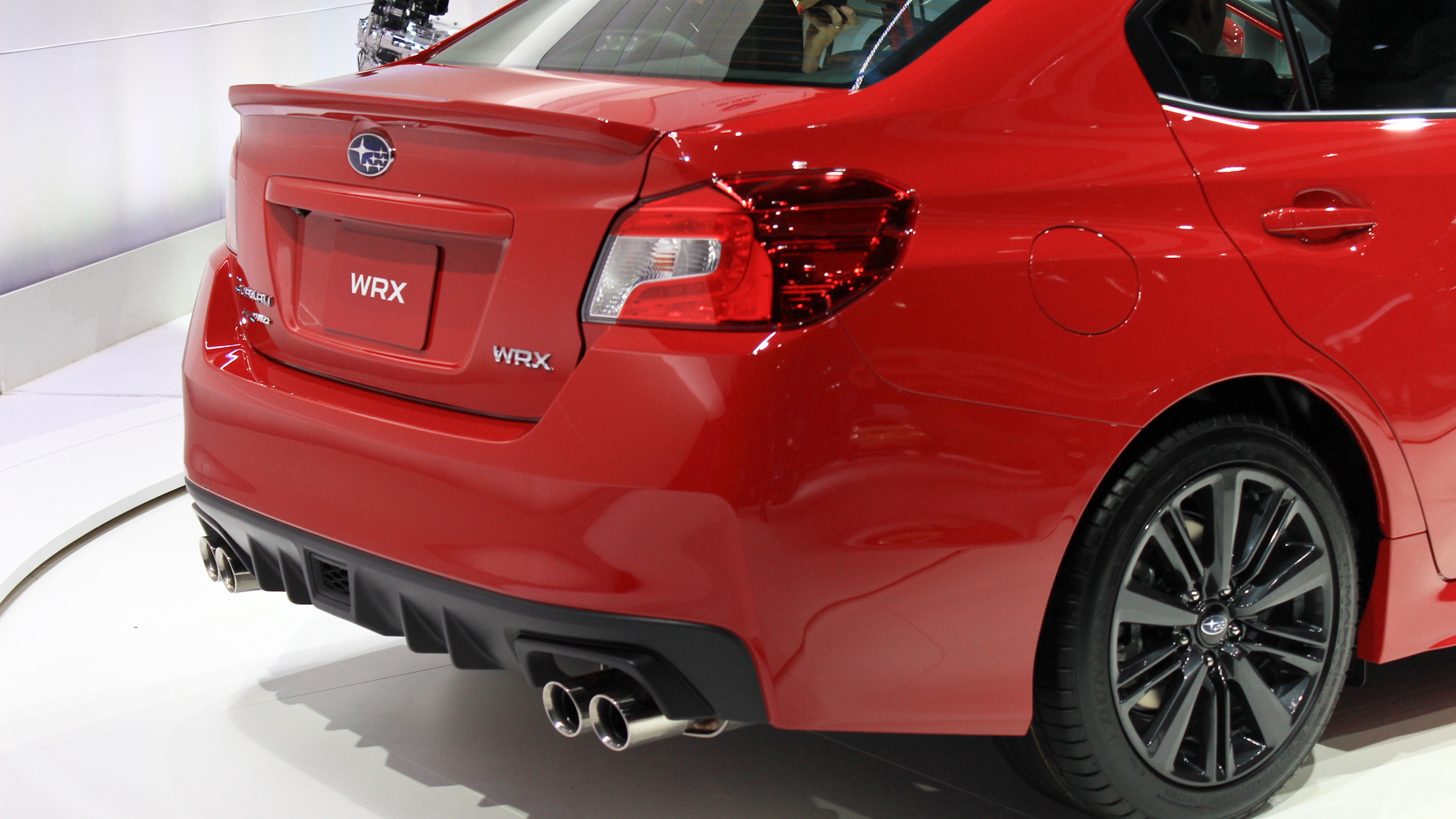 23
photos
A brand-new generation of the Subaru WRX has landed at the 2013 Los Angeles Auto Show this week, but sadly it shares little resemblance to the striking concept version unveiled earlier this year in New York. Despite Subaru’s promise to further differentiate its new 2015 WRX from the regular Impreza line, the similarities are obvious. As these live photos and studio images fresh from the car's debut show, however, the new WRX is still very much a WRX.

Nevertheless, the appeal of the WRX has always been its performance and in this department the new car should shine. Gone is the previous turbocharged 2.5-liter engine, replaced instead by new turbocharged engine displacing just 2.0 liters and coming with direct fuel injection and an active valve system. The engine is based on the unit powering Subaru’s Forester XT.

Sadly, there’s no major leap in power, with the latest WRX delivering 268 horsepower and 258 pound-feet of torque. The outgoing model made do with 265 hp and 244 lb-ft. The good news is that a six-speed manual is now standard. Those looking for an automatic will have to settle for Subaru’s new Sport Lineartronic CVT, which offers six- and eight-speed pseudo manual modes using a set of paddle shifters located behind the steering wheel.

Also new to the WRX is a torque-vectoring system that supplements the standard Symmetrical All-Wheel Drive system. The chassis is also stiffer and the brakes and suspension further refined for performance driving. The extra stiffness is made possible by the greater use of high-tensile strength steel and special stiffening elements at key locations. MacPherson-type struts are used for the front suspension, with double wishbones used in the rear. Thick stabilizer bars also feature at both ends. The standard wheels measure 17 inches across and are shod with 235/45 Dunlop SP Sport Maxx RT tires. Also new is the car’s electronic power steering system.

Two different all-wheel-drive systems are available for the first time, depending on which transmission is selected. When equipped with the manual, the 2015 WRX features Subaru’s permanent symmetrical all-wheel drive. A viscous coupling locking center differential distributes torque 50:50 front to rear, though the ratio can be adjusted should slippage occur.

Cars equipped with the CVT features a different version of symmetrical all-wheel drive. A planetary gear-type center differential and an electronically controlled hydraulic transfer clutch control torque distribution between the front and rear wheels. Under most conditions, torque is split 45:55, with the rearward torque bias helping to offer a sportier feel.

Sales of the 2015 WRX, in this sedan bodystyle, commence early next year. At the moment only a WRX sedan has been announced. It’s not clear yet whether the hatch variant will return or be replaced by a totally different model.

Are the updates to the latest WRX enough to unsettle strong rivals such as the Ford Focus ST and Volkswagen GTI? Let us know in the comments section below. And for more from the 2013 Los Angeles Auto Show, click here.