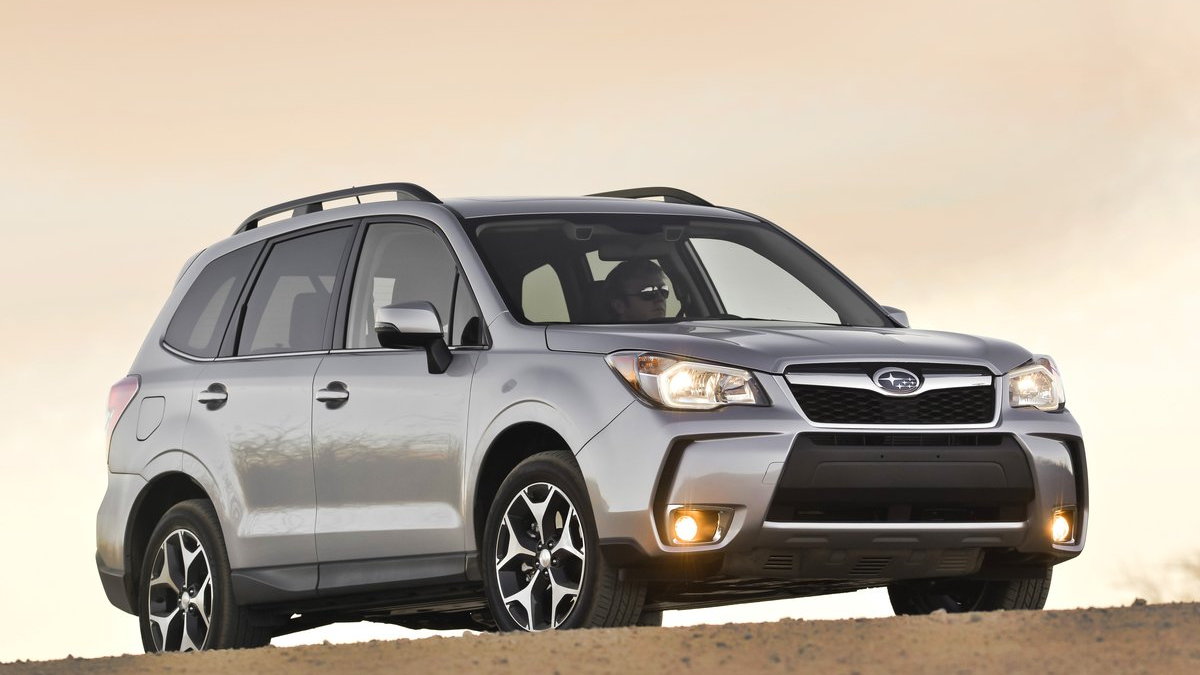 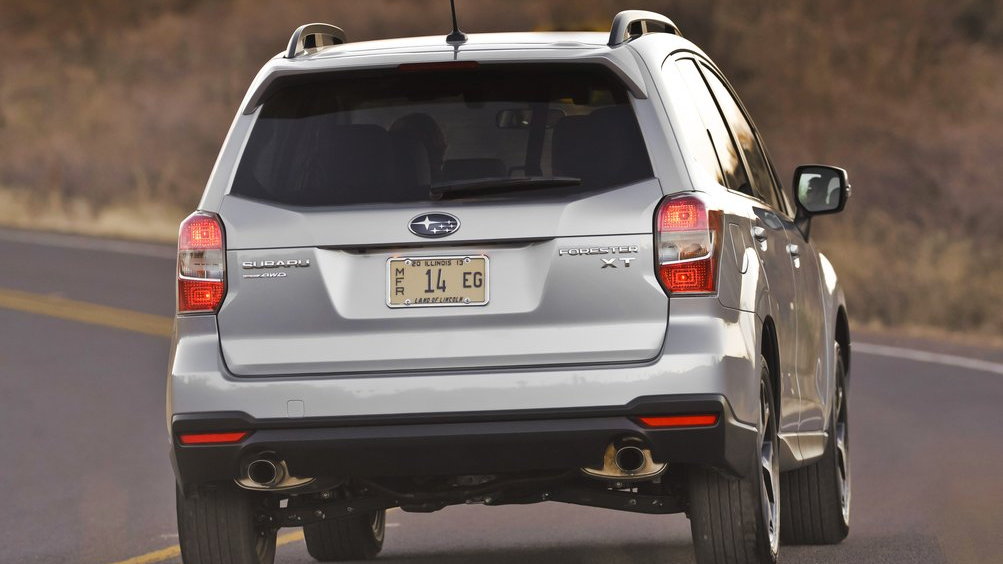 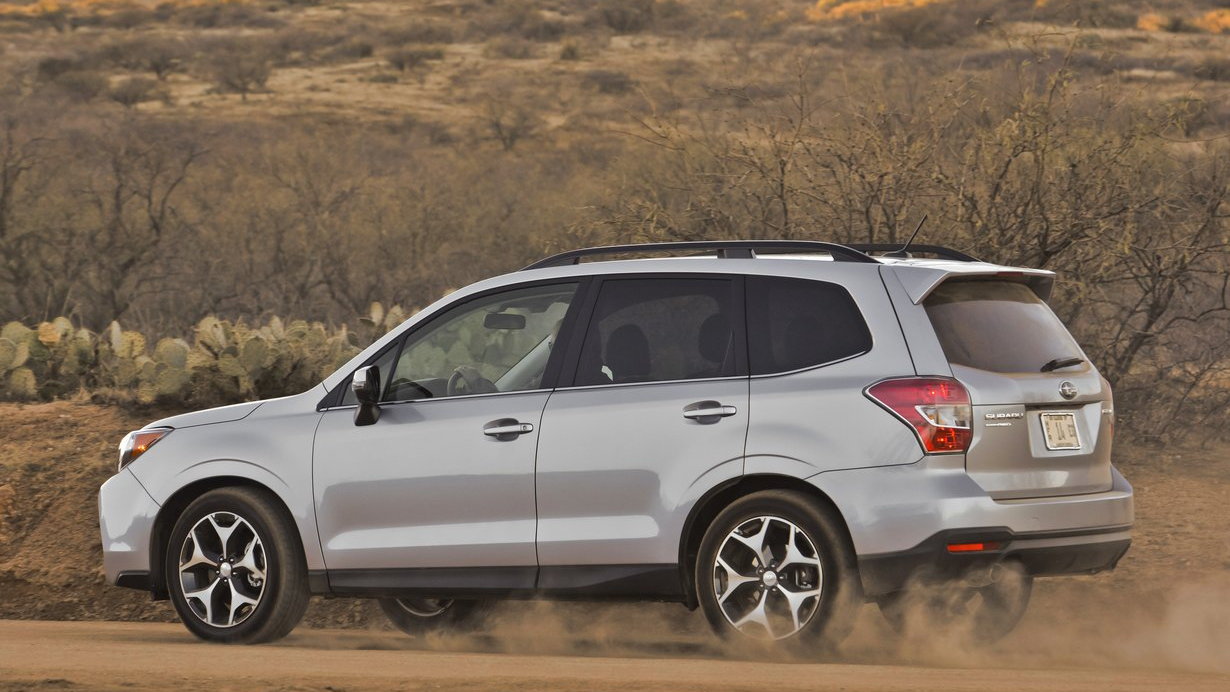 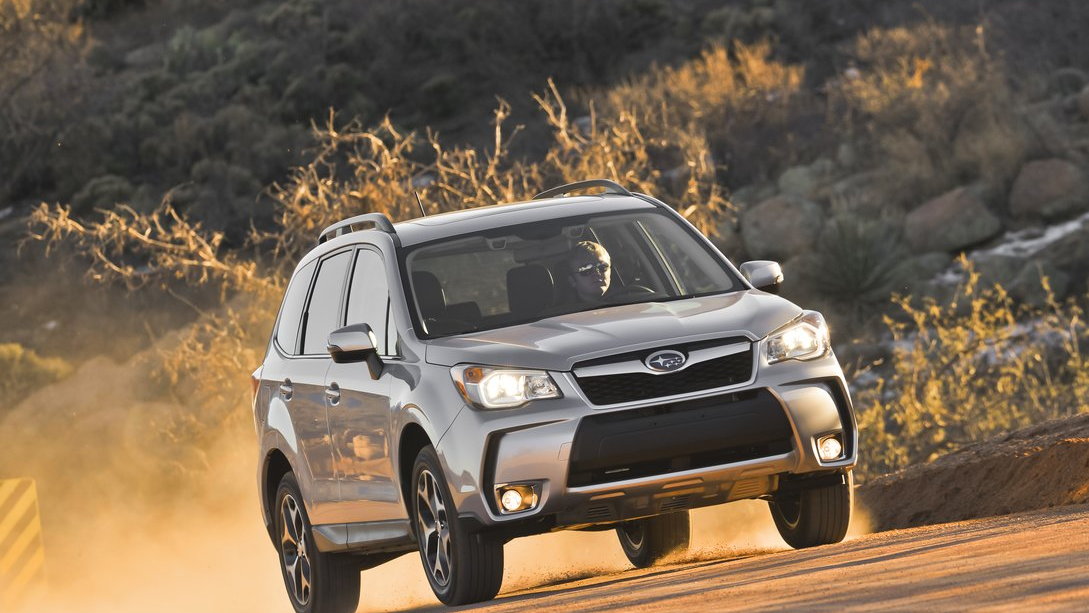 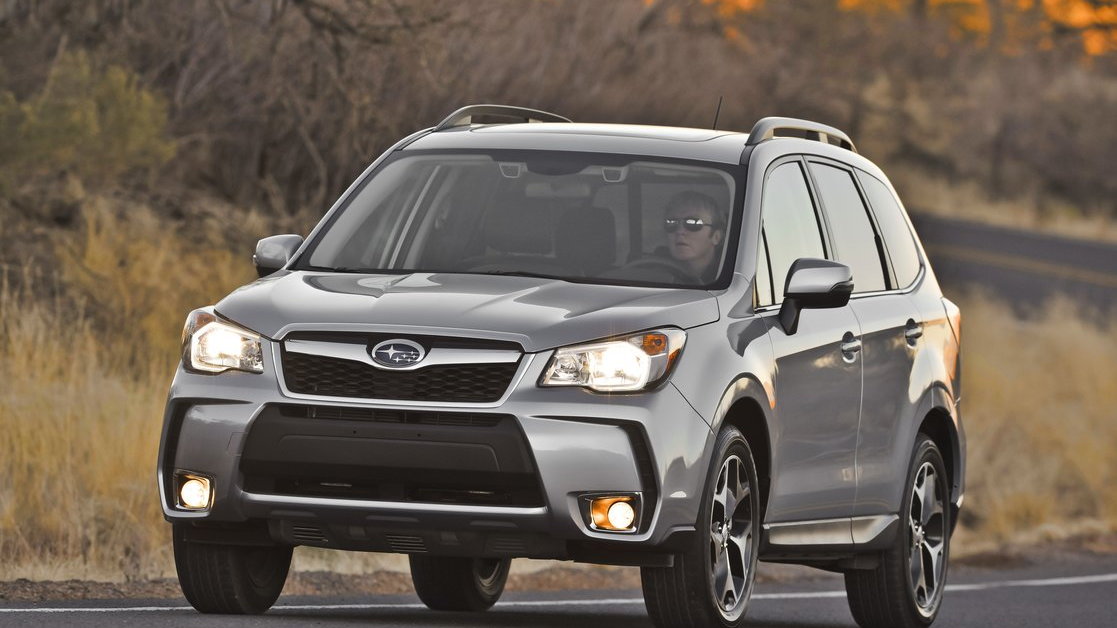 After a day of blasting through otherworldly Saguaro cactus forests of Southern Arizona, much of it on dusty, unimproved gravel backroads—on the way to hot-lap time at the track—we can't exactly say that we put the new turbocharged 2014 Subaru Forester 2.0XT through the kinds of everyday-driving conditions most people will see.

There'll be plenty of time for grocery-getting in a follow-up drive yet to come. What we did do in this first-drive opportunity is really put the Forester through its own special paces—and verified that, again and now more than ever, the Forester pushes the boundaries of a crossover utility vehicle, offering a surprising level of toughness, combined with the handling of a performance vehicle and cabin appointments that are more comfortable and useful than ever.

Yep, a turbo and a CVT

We'll have to admit, too, that we were skeptical about Subaru's approach in pairing the Forester's 250-horsepower, turbocharged 2.0-liter horizontally opposed ('boxer') four-cylinder engine with Lineartronic continuously variable automatic transmission (CVT), but some additional features that this 'high-torque' version of the CVT offers up some interesting tricks that make it more enjoyable.

Why no manual transmission this time? Because even within the niche of Subaru shoppers, it's just too small of a niche. In the last Forester, Subaru managed to only convince 10 percent of shoppers to fall for the Turbo, and only about 15 percent of those opted for the manual transmission.

In short, there are three 'SI-Drive' modes: Intelligent (I), Sport (S), and Sport Sharp (S#), and they each allow you do dial up a different attitude for the XT. Leave it in Intelligent, and you get a nice, relaxed tip-in, with the CVT working to keep revs relatively low. Move over to Sport with the steering-wheel buttons, and you get sharper throttle response, with the CVT allowing higher revs for better transient response; and with the paddle-shifters you can grab onto one of six simulated 'gears.'

Most curious, however, is the Sport Sharp mode. Engage that, and the attitude of the powertrain changes in a pretty noticeable way; even with the shifter just in 'Drive' it emulates an eight-speed automatic, shifting the up and down the gears in a way that would fool almost anyone. With the paddle-shifters then, you can also click up and down through the eight speeds, and steering boost firms up the feel at the wheel.

Sluggish at launch, scorching at speed

In general, we liked everything about the turbo/CVT setup except the way it launched from a standing start. Surprisingly sluggish is how we'd describe its launch—and seriously not any faster by the seat of the pants than the 2.5i model—yet by 10 mph the turbo boost builds and it feels legitimately quick, and you get all 258 pound-feet of torque at 2,000 rpm. We think the rather tall starting ratio of the CVT has something to do with it—although this crossover does still weigh 3,600 pounds.

It's also interesting how the S# mode and its 'gears' fool you into thinking that it's quicker. According to engineers, you'll get the best acceleration times in S mode, using the CVT in Drive. The business of eight speeds is a feel-good move, primarily—and to give you a better sense of control on mountain roads where you want to keep the revs up and have powertrain response be more predictable. You do get a little more satisfying 'thrum' from the boxer four under throttle if you lock in one of those gears, too.

Meanwhile, the new 2014 Forester—even in high-performance XT form—hasn't given up any ruggedness. It still boasts approach and departure angles that are better than some other vehicles with a more rugged image, and it has 8.7 inches of ground clearance. Plus, with a new feature called X-Mode—essentially using electronics at low speed to manage torque from left to right, with the stability control system, while the all-wheel drive system manages it front to back—the Forester is more confident than ever in places with very limited traction. Subaru says that it actually targeted the Toyota Land Cruiser this time, and engineered the system to handle an uphill start on loose gravel, with a 30-percent slope.

From Rocky Road and Mud Pie, all the way to Mocha Buzz

For the first time, Subaru has given the Forester Turbo some serious chassis differences compared to the other Forester models. All versions get new pillow-ball joint mounts that help improve handling while filtering out coarseness, but the key to the Turbo's sharper handling is that its springs are 10 percent stiffer in front and 20 percent stiffer in back; different bushings, rebound springs in front, and stiffer anti-roll bars all contribute to what we considered superb body control for a crossover, out on the challenging and technical road course at Inde Motorsports Ranch in Wilcox, Arizona.

Steering and responsiveness on the road is great, too. Strong, cold winds persisted through the day we drove the Forester, but its new electric power steering system tracked well; the steering feels just a little dull on center, as you might like in such a vehicle anyhow, then just off center you get good feedback from the road.

All said, it's impressive how well the Forester XT rides, and how much quieter the interior is in the new models, even considering the better control. What we would have preferred, in this performance-oriented version of the Forester especially, were better front seats. The ones that are installed across the Forester lineup are essentially the same style, albeit with perforated leather in top models, and while they're reasonably comfortable at first it becomes apparent after even an hour that they lack the contouring for long-distance comfort, as well as side bolstering for curvy roads or track use. Let's hope a sport-seat option is on the way.

Over about 130 miles of driving a 2.0XT quite quickly, we averaged nearly 24 mpg—about meeting the 25-mpg EPA Combined figure for this new direct-injected engine and powertrain.