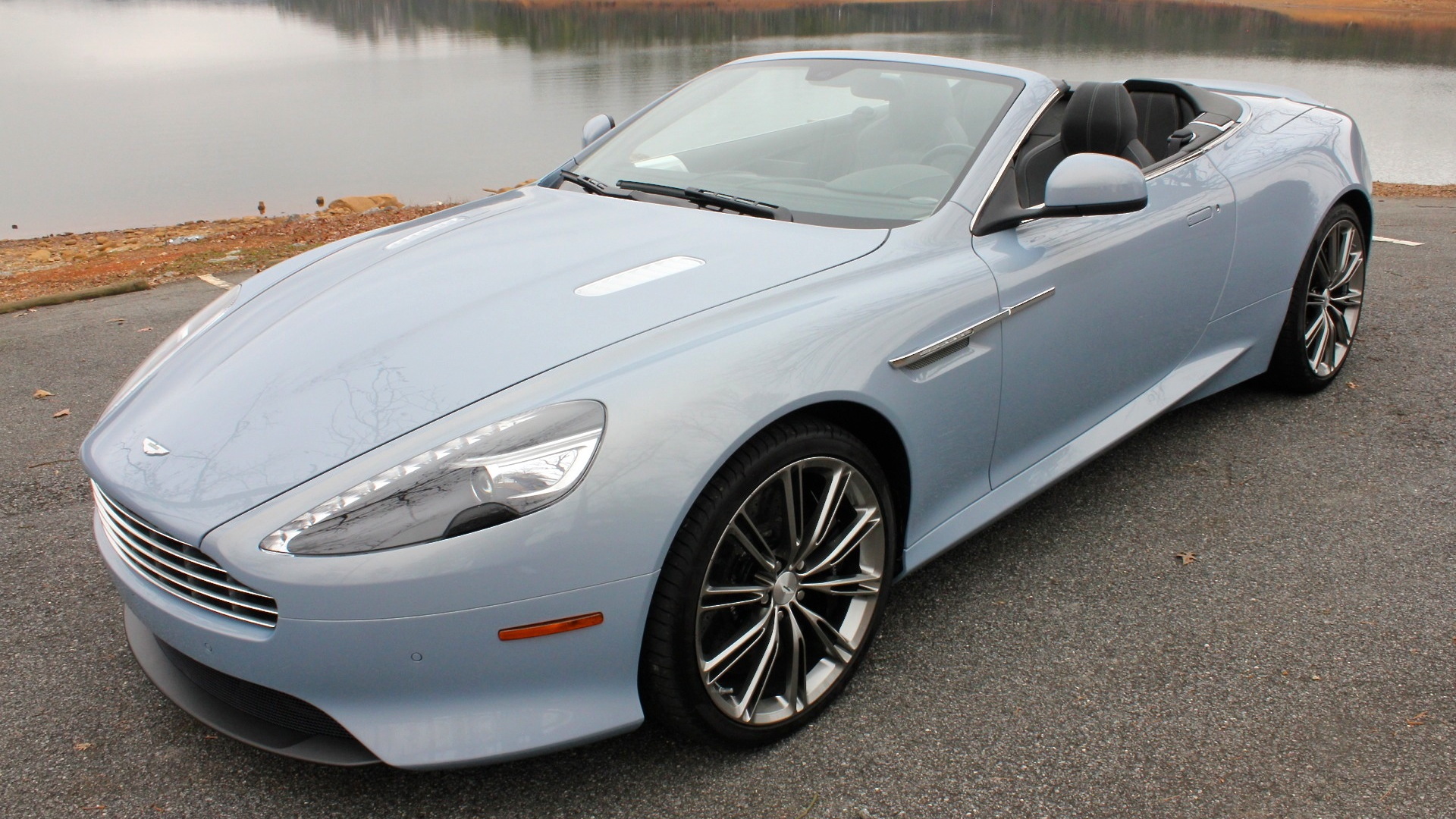 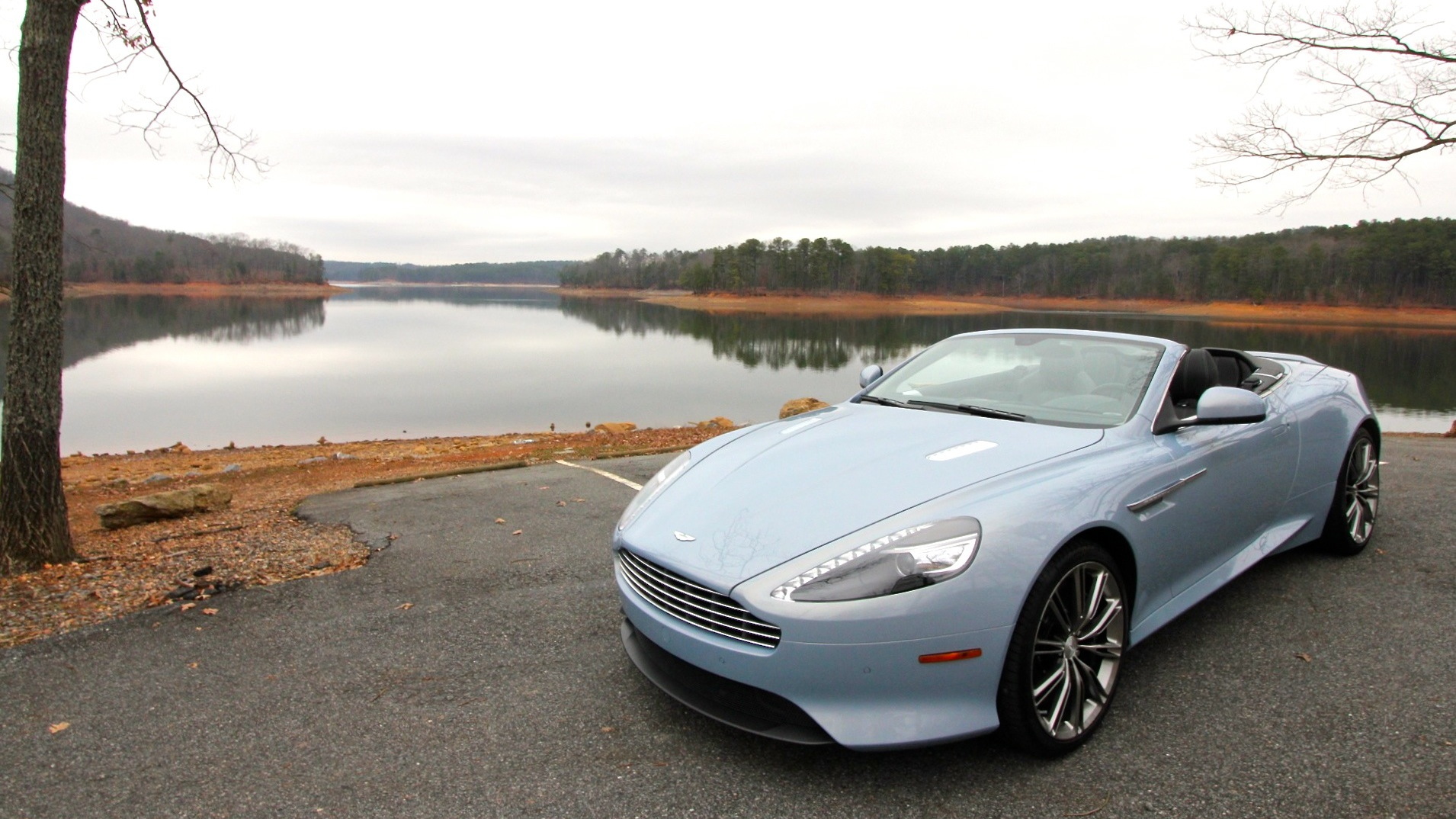 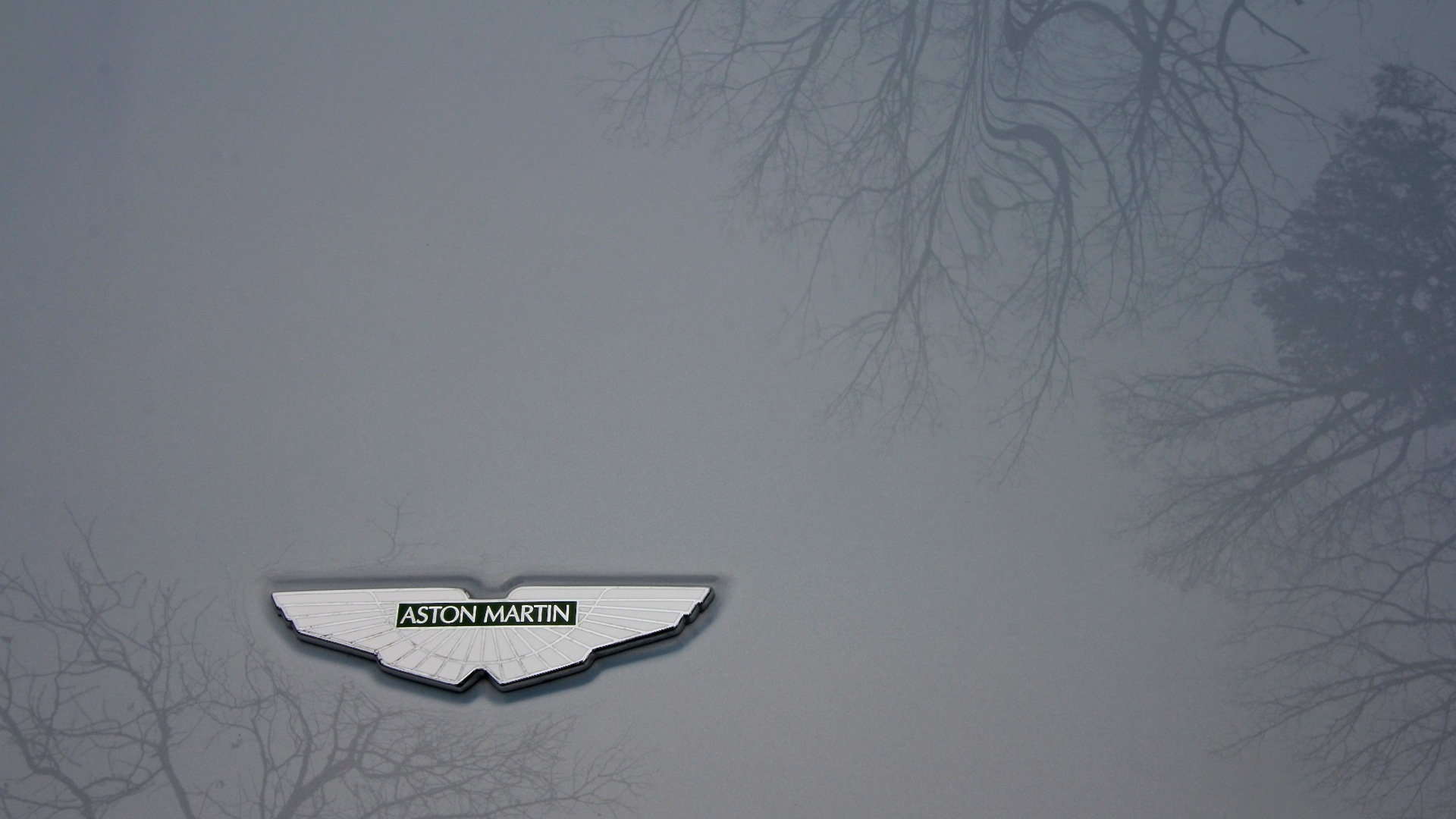 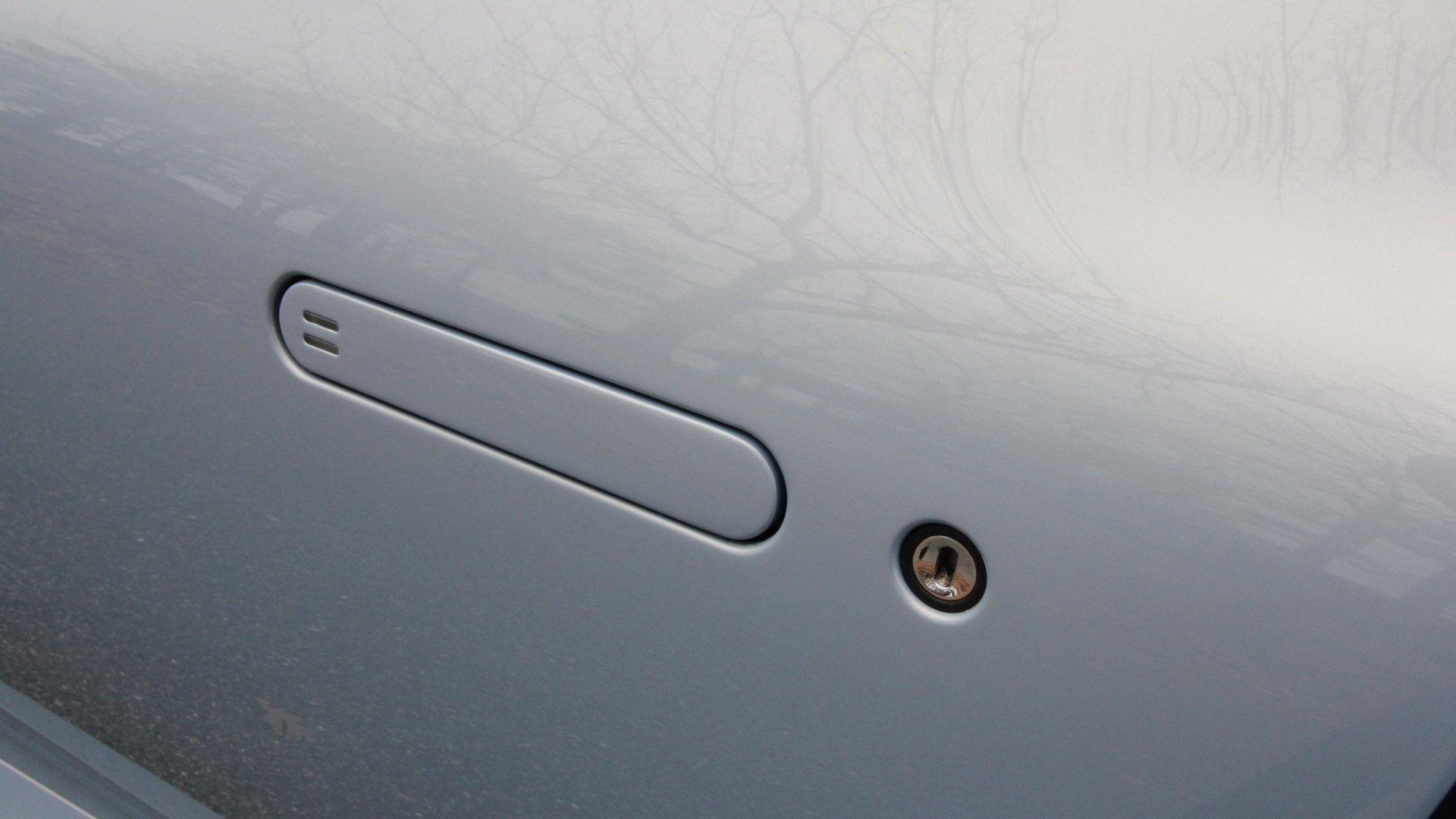 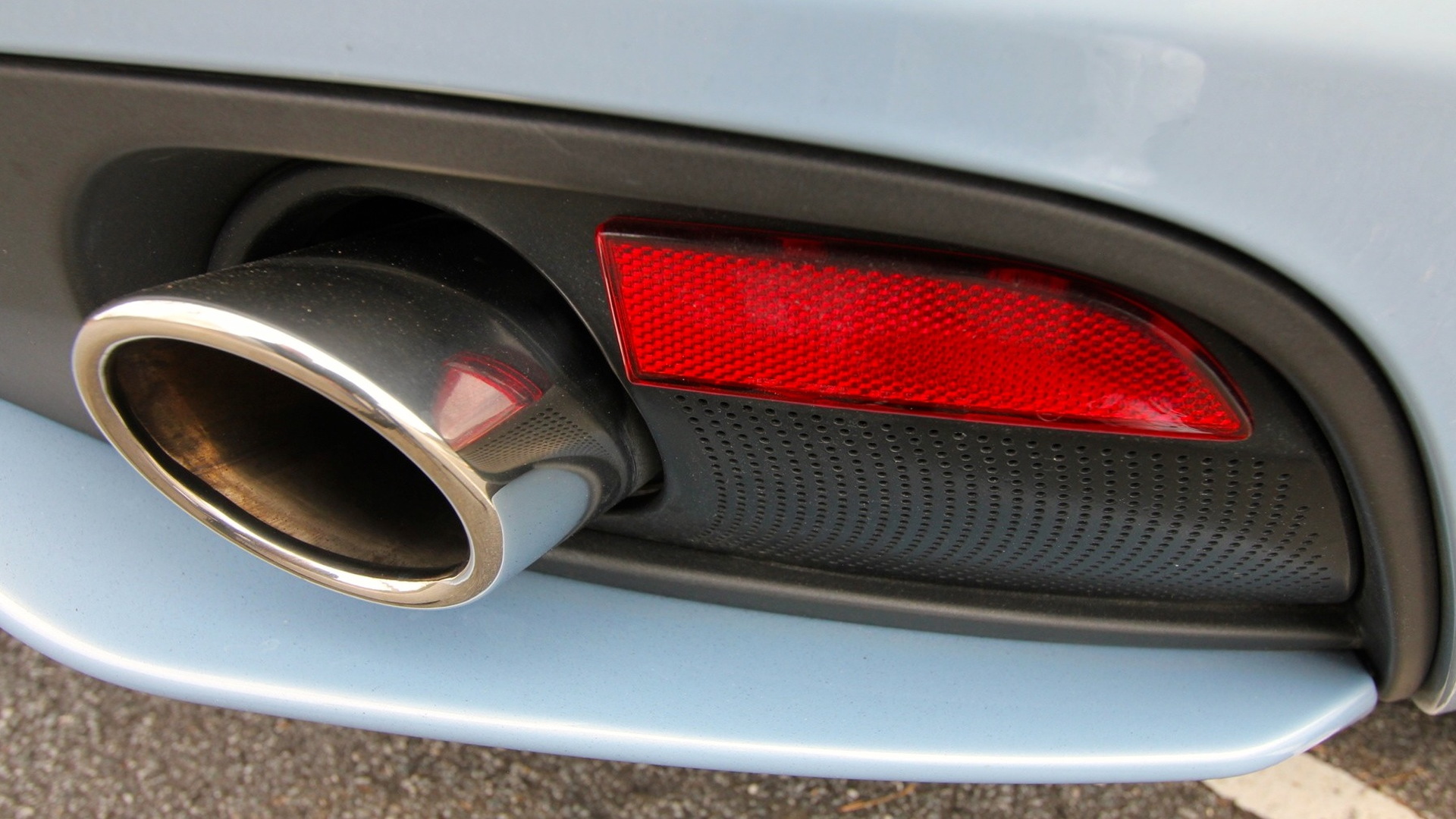 Winter down south feels like a dental check-up, weeks of built-up dread punctuated just briefly by a cold finger and some mild effluvia.

We chatter about it more than we chatter from it. We rail against the seldom-seen sleet. We pre-game the fleeting, fully formed flake that dares drift through the atmosphere in a larval stage, living on the verge of verga, before it makes a touchdown less welcome than any non-SEC scoring drive.

That it only happens once or twice a year is beside the point. It's the watching, the waiting, the anticipation of the dreaded wintry mix that fuels us through maybe sixteen days of grey skies in all.

Steeling for the dismal season steers us away from driving our good cars, too, except for the brave and crazy among us, or the recent arrivals who've never been on the Perimeter in a whiteout, gleefully sliding a Saab 9000 in absolute solitude, drunk with e-brake power. (Check, circa 1993.) Drive through one rush hour with a storm descending, and you'll pray for Tokyo traffic, with Roman police unsnarling it. Or for Walkers.

What to do then, when the only slot for driving the only steel-grey Aston Martin DB9 Volante opens up--in a December gone sharply cold? You take it anyway, and hope for the lead in the sky to hold under its own weight.

Just over a year ago, we took off for southern Spain--under mysteriously identical circumstances--to drive the Virage, the car that once would have replaced the DB9. Architecturally similar, separated only by degrees of swank, the older DB9 made retirement noises when the plusher Virage appeared in the 2011 model year.

And then the threat disappeared. The Virage drifted in, and drifted out, why left unclear. The DB9 had never left, so it never was resurrected--but it has been re-dressed in Virage form. It's more difficult to discern how it's changed, than to show how clearly the DB9 has telegraphed the intent of a whole generation of Aston Martins. It laid out the blueprint, with its ageless proportions, expertly underplayed details, classic grand-touring stance. The new fillips and touch-ups are grace notes on a timeless look: the tight decklid spoiler curls up at the ear, the fender vents now are LED-bedazzled. Aston's grille is now widely mimicked, but nowhere else does it taper into a hoodline like it does here. The door handles still take a recess into the doors, almost invisibly, when they're not needed.

Consistency is Aston's armor and its fontanelle, just as much in evidence in the cabin as in its elegantly drawn skin. Whether it's trimmed in wood or carbon fiber, the DB9's cabin doesn't venture too far from the one in the Vantage or the Rapide. Still, it's serene, leathery, and undisturbed by the growing presence of LCD screens. Restraint would never work on a Lamborghini. It's the franchise here.

Twelve of one, six of the other

If the backpedaled bravado of the DB9's sheetmetal can't cause your next arrythmia, the array of twelve cylinders might not, either. It's a stray of the contemporary supercar-GT breed--turbocharged V-8s and V-10s--and its deep tenor purr can only sway those who haven't run a finger down the spec sheet.

It's a grand tourer, not a hypercar, after all. The DB9 has plenty of power on reserve, but objectively it's in a middle tier of performance. The 6.0-liter V-12 emits 510 horsepower--a key upgrade from the Virage--and does so over a relatively narrow powerband, building up velocity calmly and evenly through a six-speed ZF automatic hooked up to the rear axle. Without the exotica of a dual-clutch or even an eight-speed transmission, the DB9 can vault itself undramatically to 60 mph in about 4.6 second, and to a top speed of 186 mph. Jaguar's grand tourers will jump the same performance hurdles, but without the subaural brain-stem vibrations of a double-six.

Provoking that big-displacement block into a full-blown snarl isn't rocket science. Or even social science, with apologies to those degree holders and their barista skills. Stand on the throttle--the DB9 won't break loose out of control with the 180-degree zeal of a pre-2013 Viper. Remain calm and carry on may as well be its tagline. It gathers itself for a split-second, and then the DB9 takes full charge of full throttle, yanking itself into warp mode, staying true to a line with precision its still-hydraulic steering can still deliver through 20-inch wheels and tires.

The combination of that, a lightweight aluminum body and a conventional drivetrain gives its a more natural attitude than almost anything in its class. That's modulated only by the adaptive suspension, which now has three settings (normal, sport, and track) with a wider range of responsiveness that in almost any circumstance is adept enough in the base setting. Carbon-ceramic brakes are standard, and like the units on other high-performance cars, are deeply capable, and grabby at the first few dips into the pedal.

When it's a droptop, the DB9 is a Volante, but it's no less suitable for two. The front seats snug up to your sides, keeping them warm when the roof is lowered by the flick of a switch. Diehard composite sport seats are available, but you'll have to do without the small rear bucket seats if you choose them--the back seats are deleted with that option. Consider them emergency use anyway--and you may as well call them extra trunk space, since there's almost no leg room and the trunk can barely fit a couple of soft-sided bags as it is.

Opt into the Aston lifestyle, and you'll acquire an unquestionable sense of taste that wears well in any season--but you'll have to adapt to some of the DB9's less fondly remembered quirks. The navigation system's the chief complaint: the screen flips up inexpensively from the dash, and it accepts inputs from a clumsy dash switch. This year, at least, it adds a rearview camera display--and Google Maps always does a better job than any in-car GPS. The crystal-tipped key seems to want to fall to earth, fragile side down. The devilishly sized dash switches are tiny, identically thin bugle beads of chrome, slaves to fashion, not function.

Overlook those foibles and you're bathed in 1000 watts of Bang & Olufsen sound, or surrounded by real carbon-fiber trim, or overseen by a real leather headliner, if you're in a coupe.

You're also at least $185,000 less wealthy. "Poorer" isn't even close to the right adjective. With a DB9 Volante, it's impossible to feel impoverished. Or cold. It's never winter when a convertible top is down.

What about that flurry of activity dusting up around it? Let's just agree it's a cool vapor trail. That, or the weather man's going straight to hell.