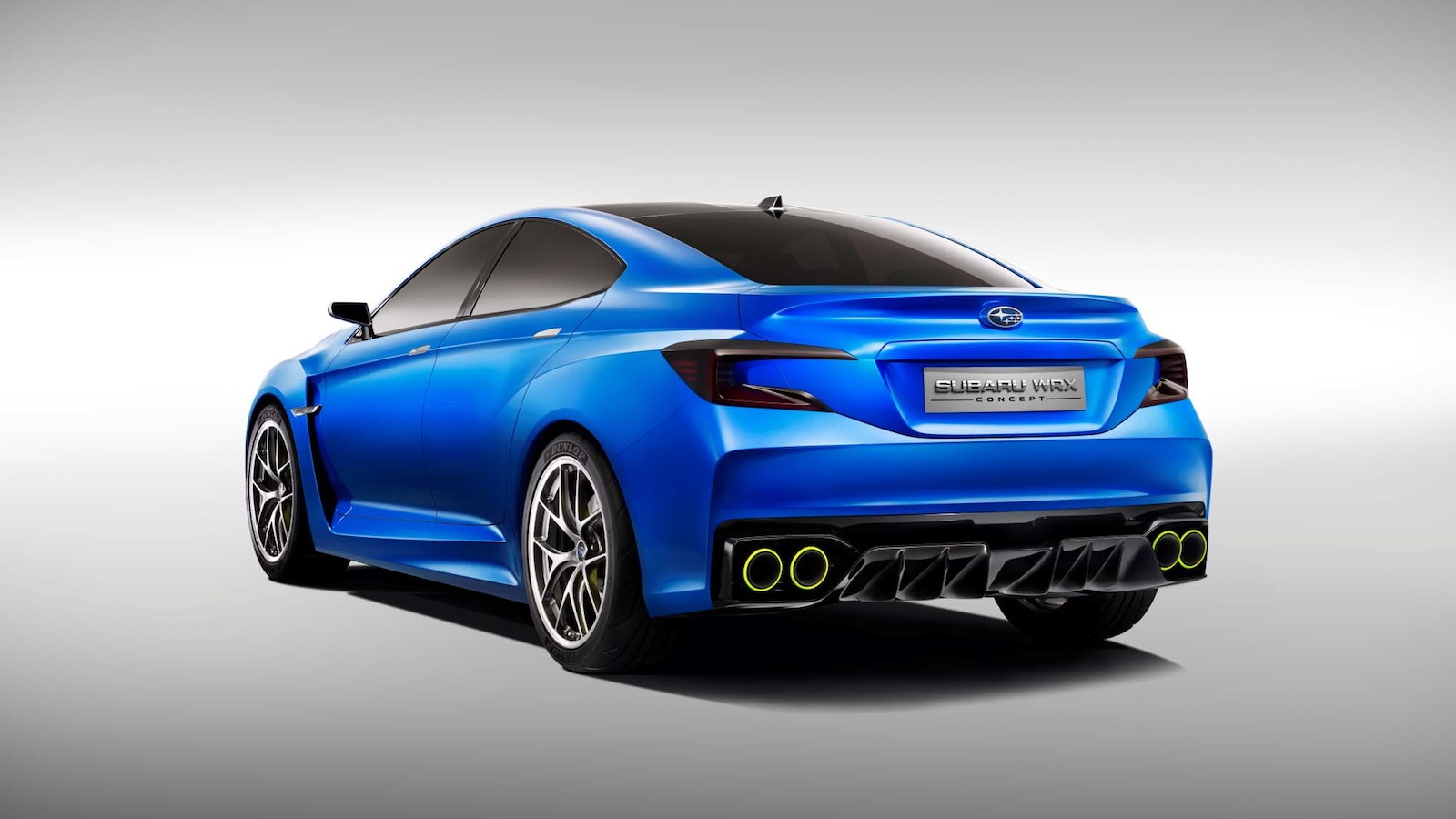 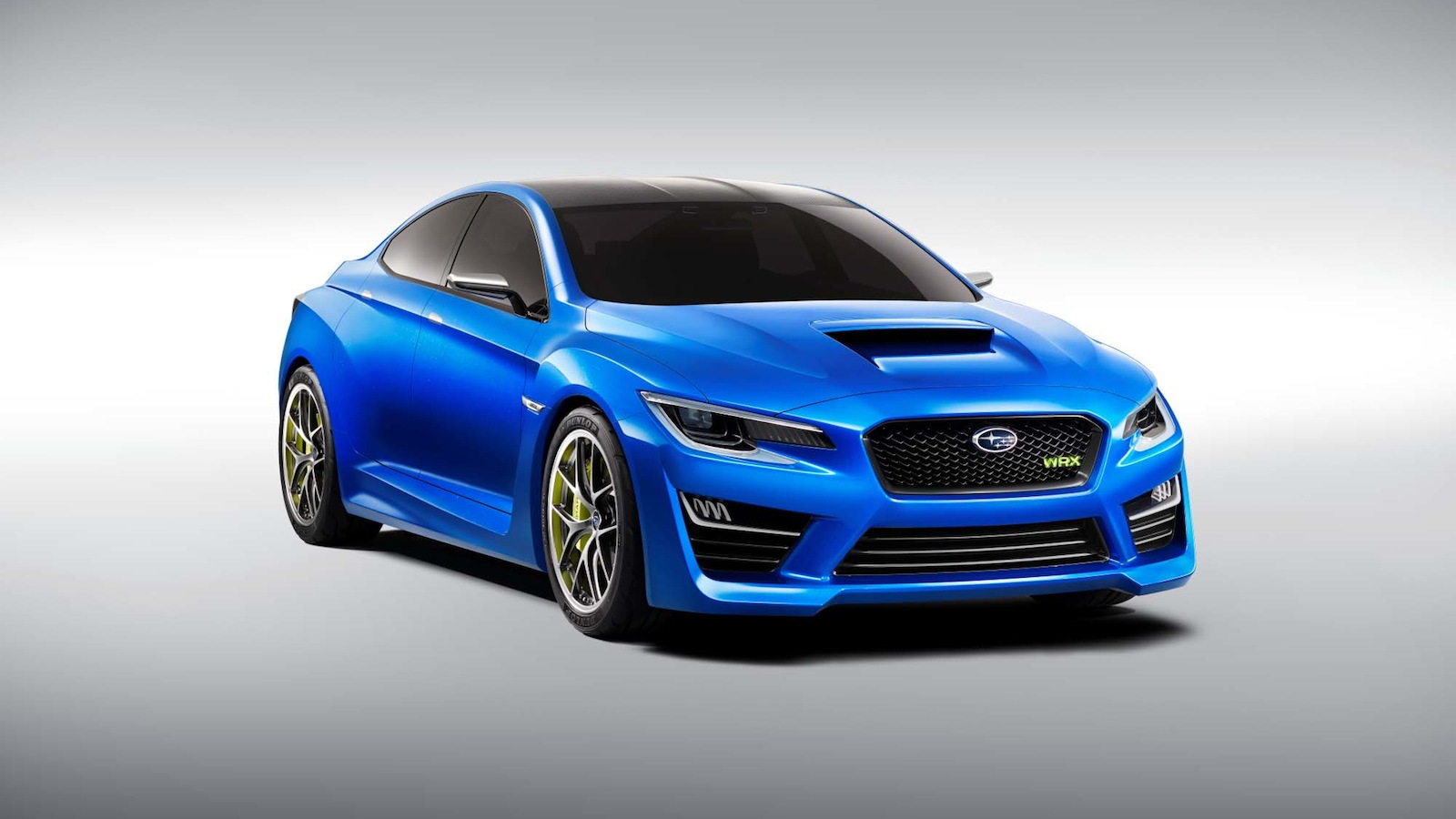 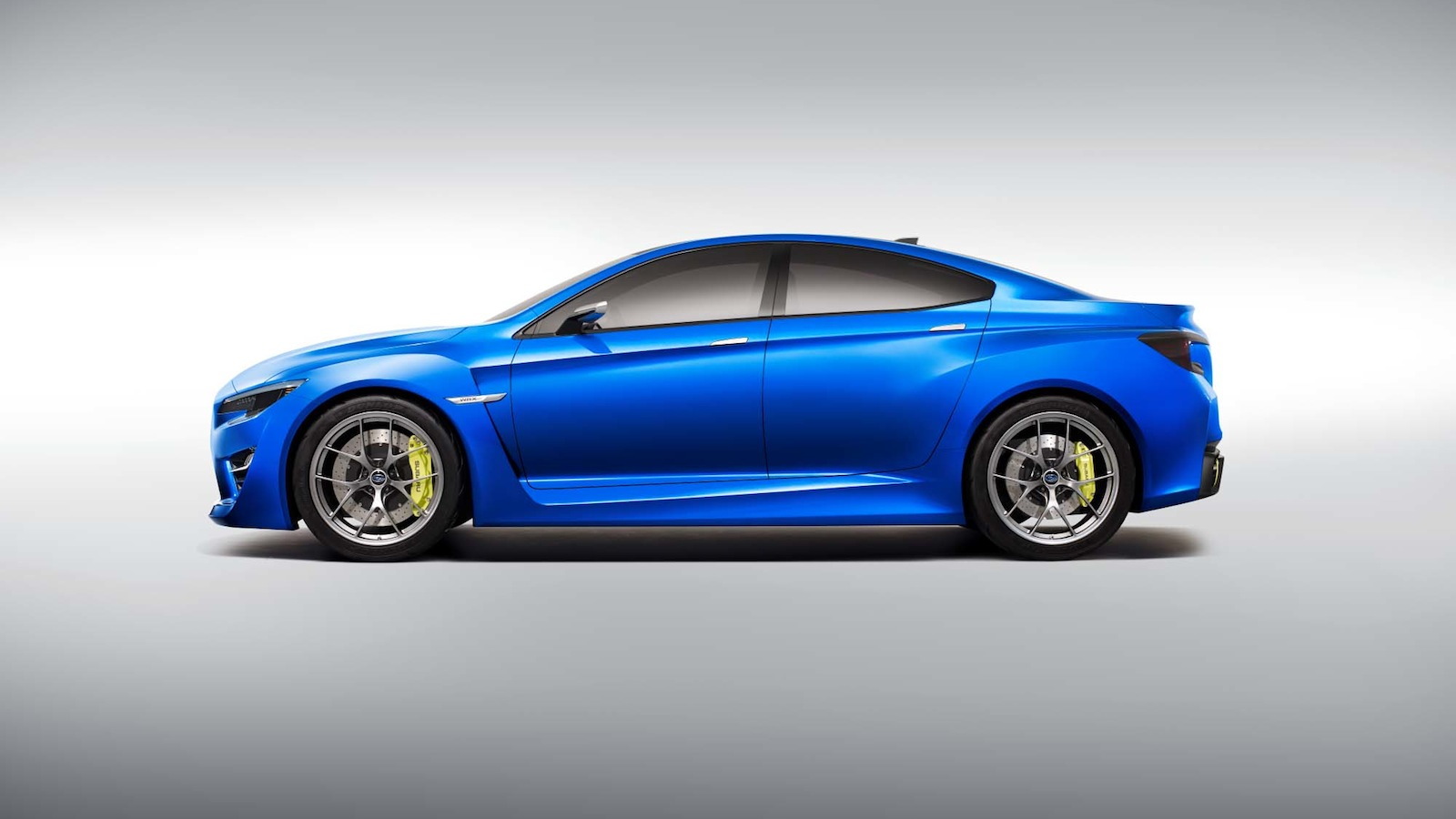 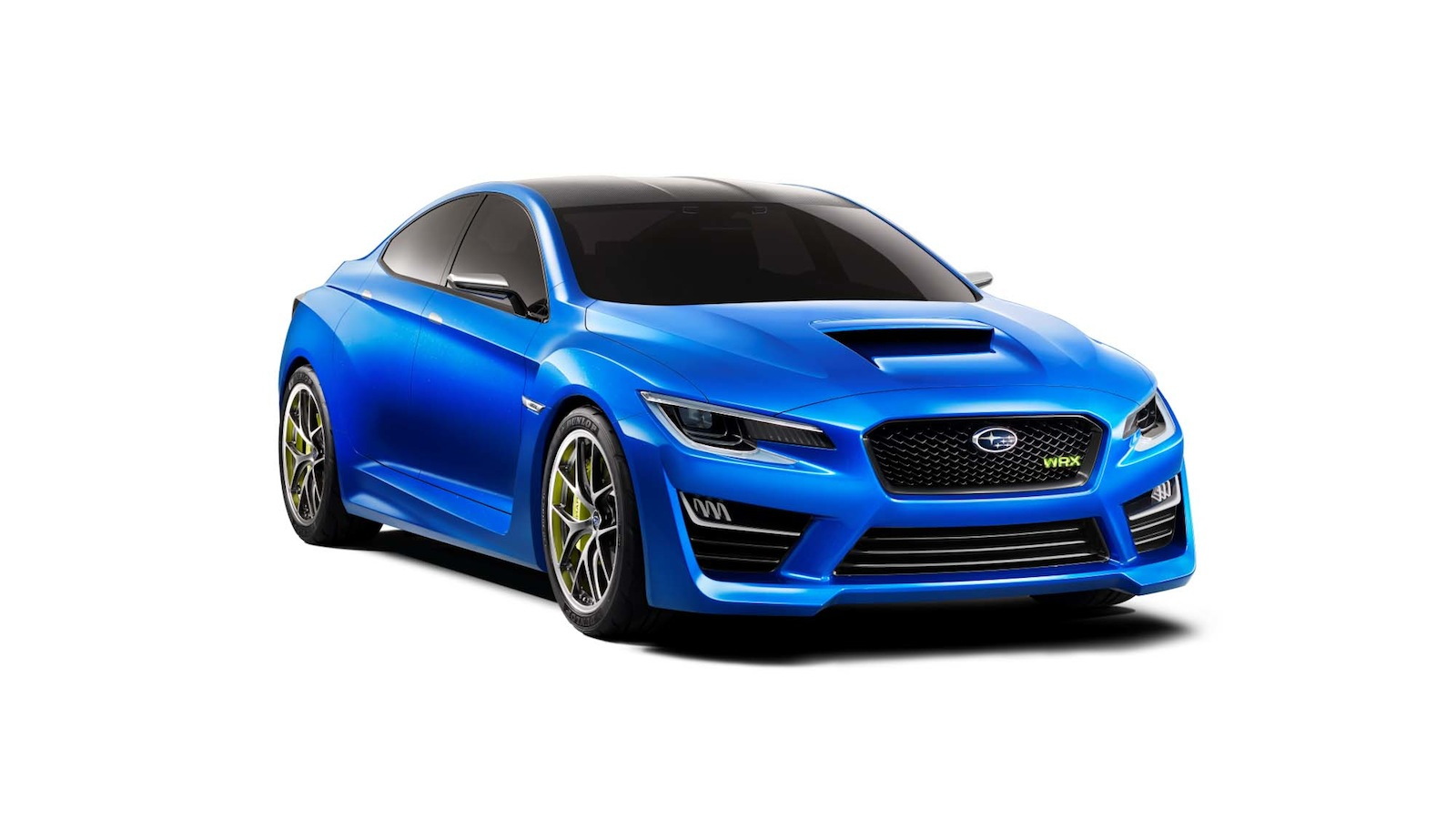 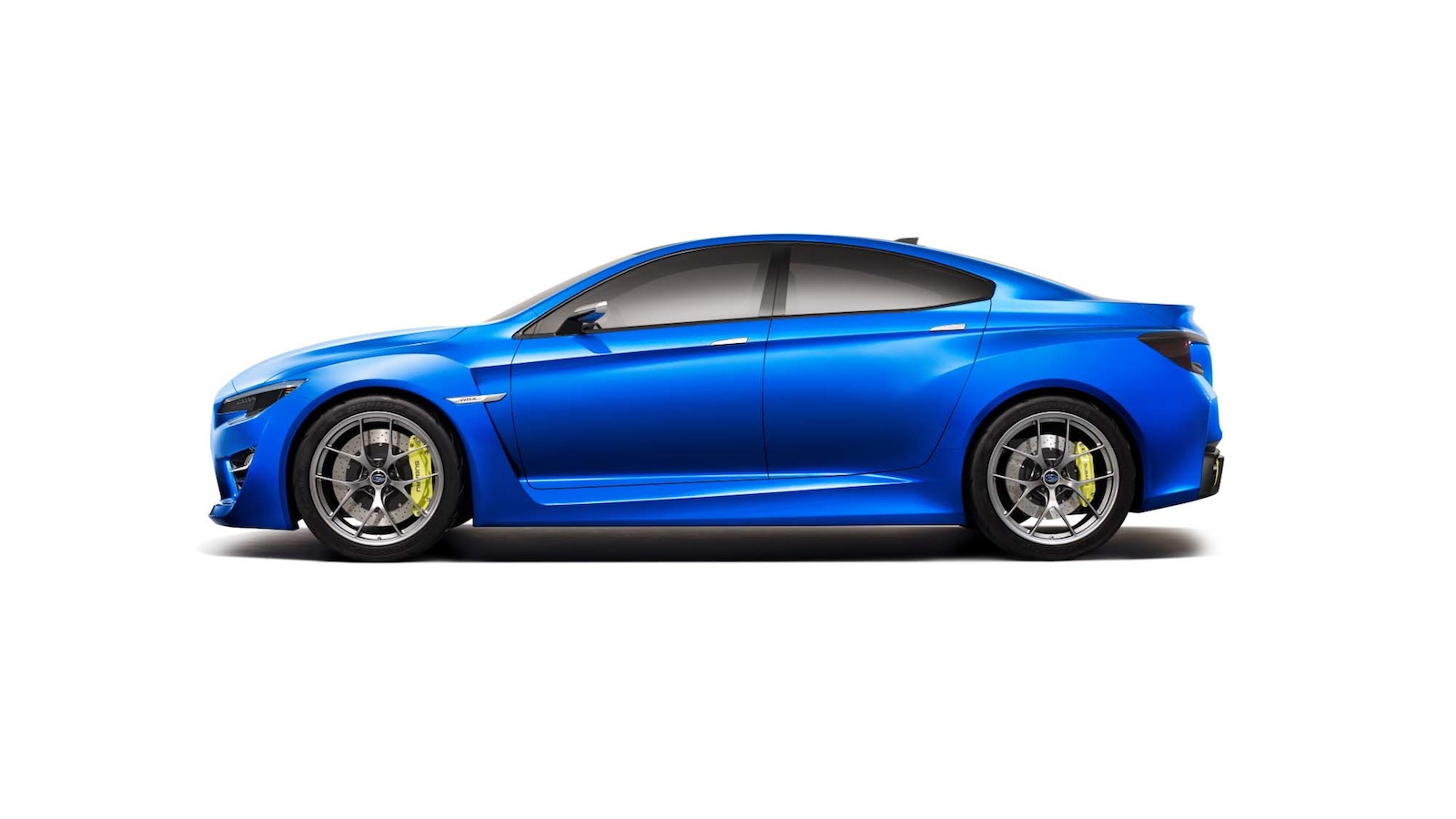 21
photos
Subaru has gone to some length to separate the WRX from its former pedestrian platform-mate, the Subaru Impreza. In 2012, Subaru dropped the Impreza name from the WRX and introduced an all-new Impreza; since then, only spy photos have hinted at what the next WRX would look like.

Thanks to Subaru’s WRX Concept, revealed this morning at the New York Auto Show, we now know what the next-generation WRX is likely to look like. Subaru isn’t calling the concept “near production,” instead saying that it “hints at the design language of the next generation WRX.”

It’s clear from the concept that Subaru is looking to distance its performance line even further from the Impreza. The WRX Concept’s styling is meant to convey a sense of power and presence, using key design cues like a more prominent grille, hawk-eye headlights and a larger power bulge and intake on the hood.

The WRX Concept is lower and wider than the current WRX sedan, too. To save weight and lower the center of gravity, the concept wears a carbon fiber roof, while a revised lower front fascia helps to reduce front-end lift and improve engine cooling.

Out back, the WRX Concept carries over the hexagonal design theme seen in the front grille while debuting a trunk lid with an integrated rear spoiler. The rear fascia gives no doubt about the car’s intention, and it’s clearly the least-understated design seen on the new car.

The massive quad exhaust outlets are already attention-grabbing, but Subaru trims them in fluorescent yellow anyway, just to be sure you know what you’re dealing with. The same color is used to accent the front WRX badging and brake calipers, and it contrasts nicely with the new “WR Blue Pearl III” paint.

We’re pretty sure the 20-inch BBS RI-D forged Duralumin wheels won’t make it to production (though they certainly do add to the concept’s looks), and we doubt that the WRX in your Subaru dealer’s showroom will ride on one-off Dunlop tires.

We’ll admit to being infatuated with the WRX Concept’s lines, and we hope that Subaru doesn’t tweak them too much in production form. There’s still no official word on when the next WRX will debut or how much power it will be sending to all four wheels, but we’ll update you as soon as the information drops.