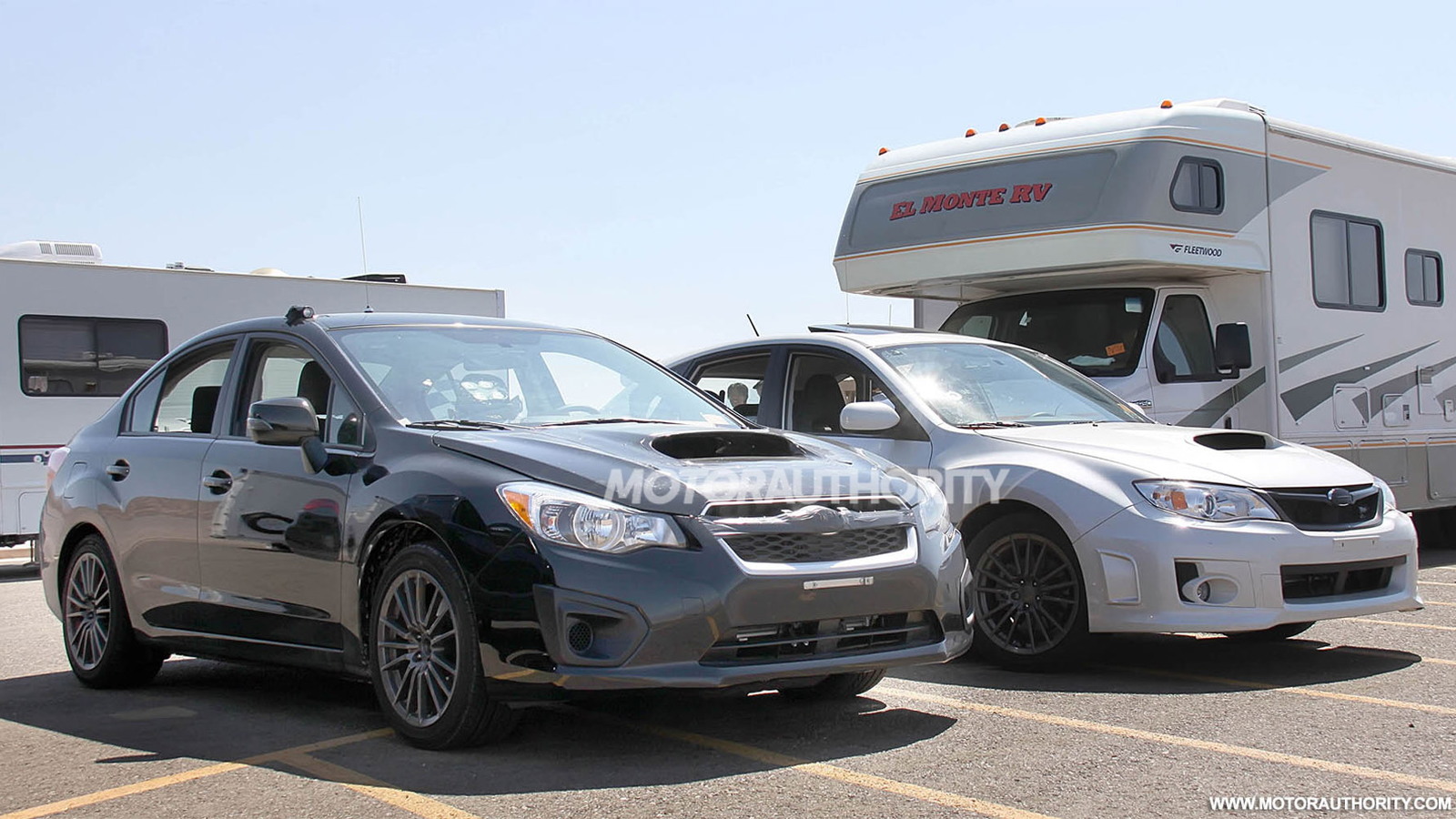 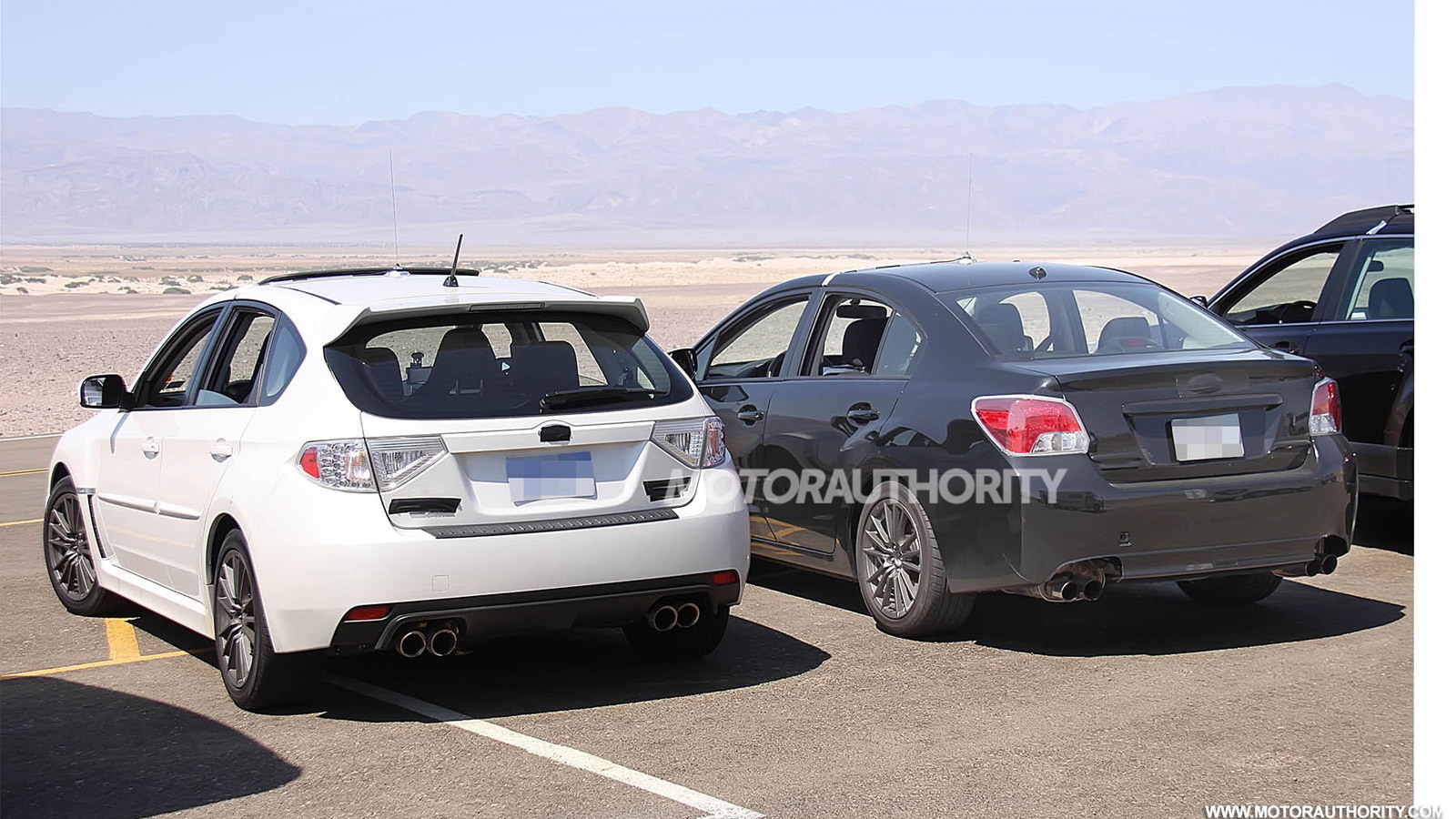 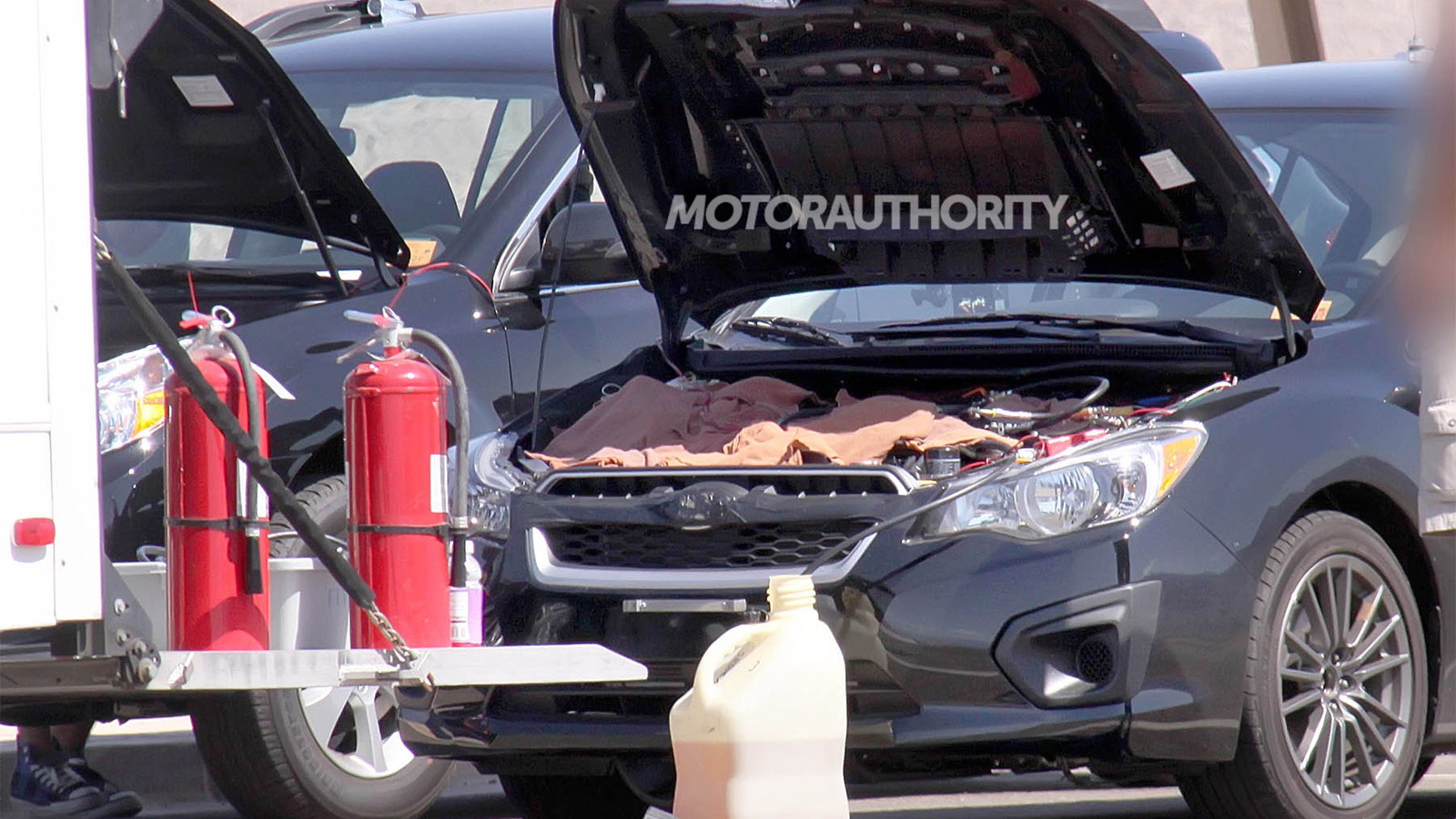 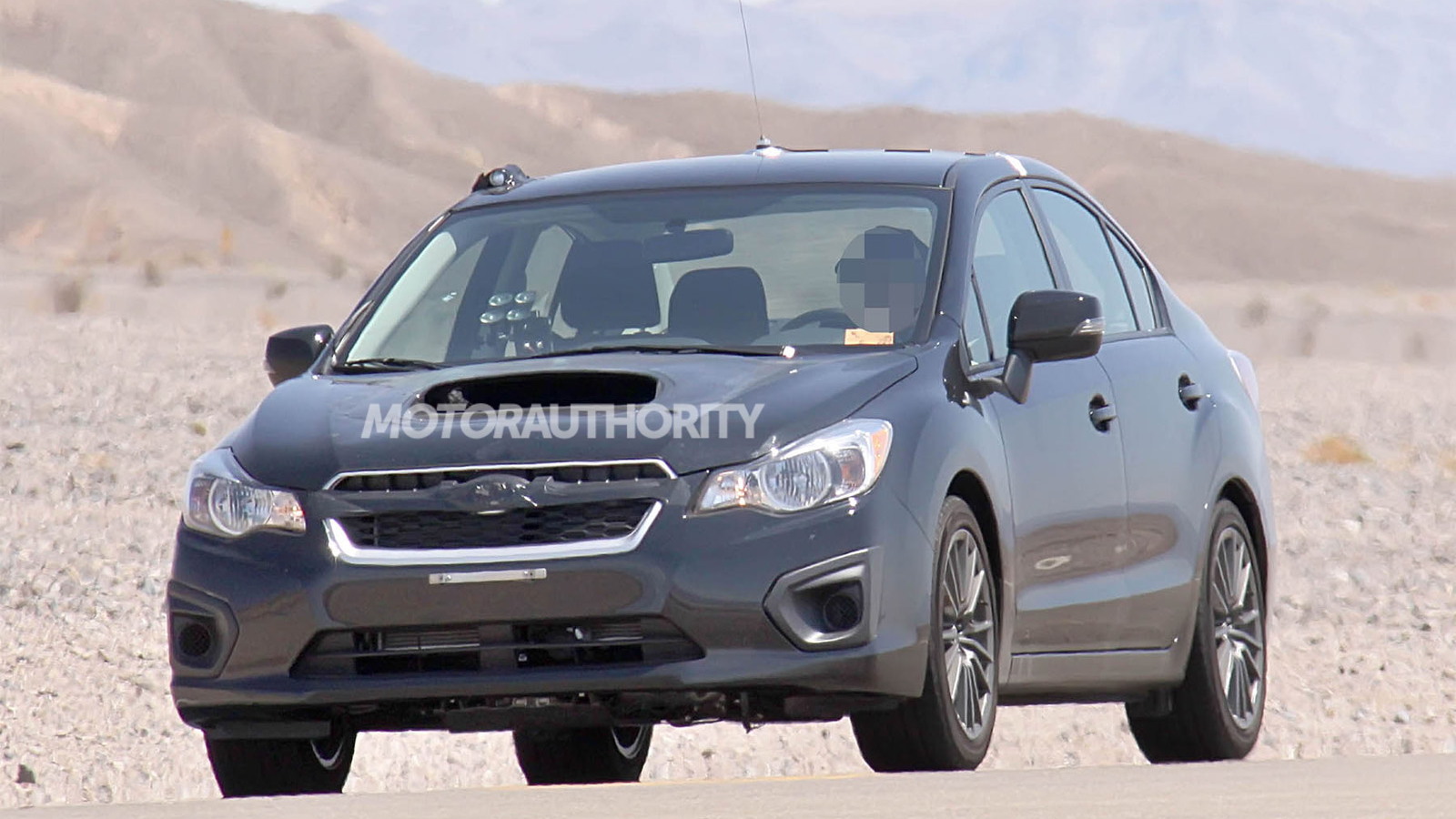 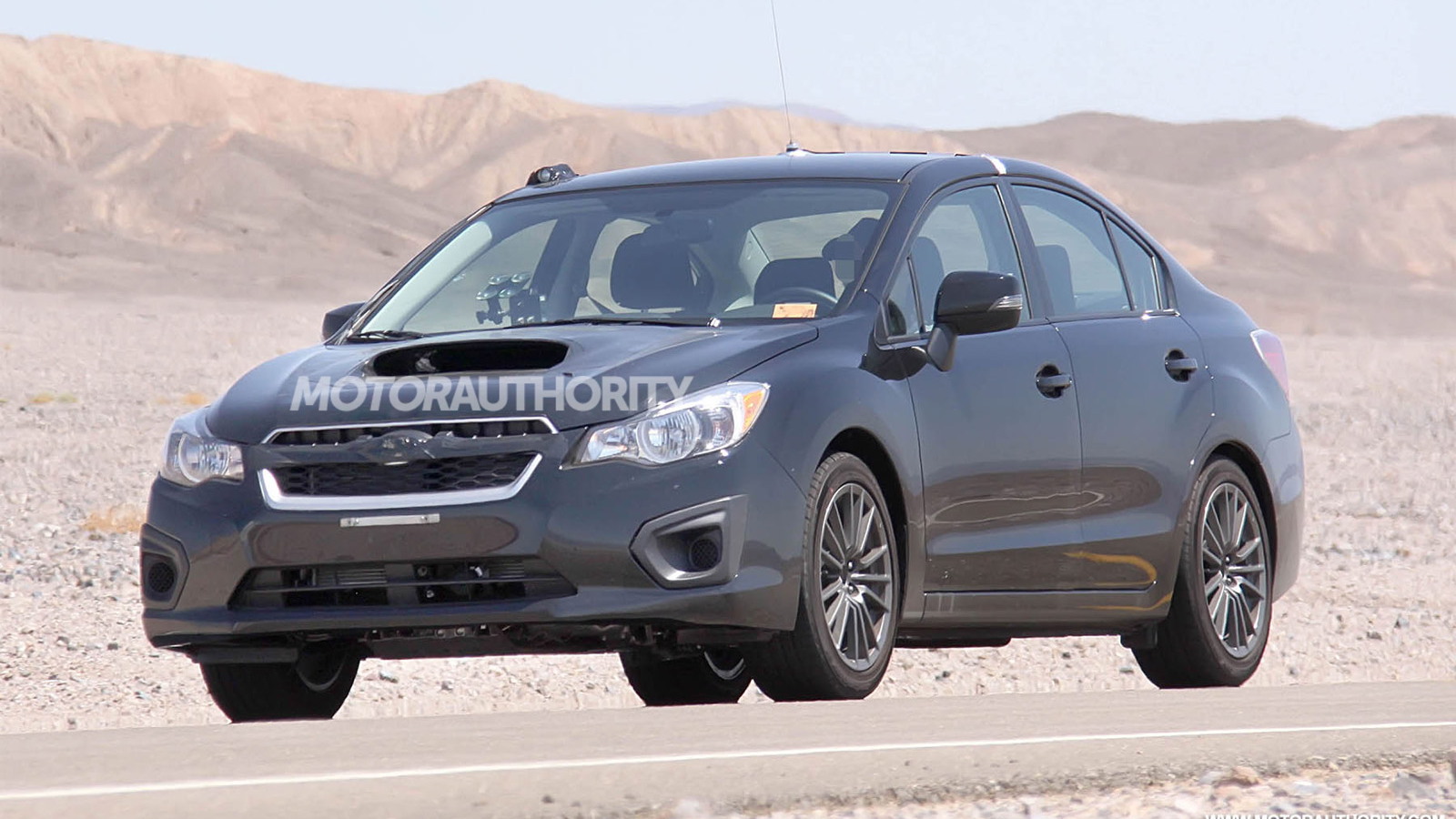 13
photos
There are all manner of rumors and conjecture surrounding the development of the next-generation WRX from Subaru, including claims the car will feature an electrically-powered turbocharger and borrow styling from 2011's Advanced Tourer Concept. Though most of these claims are simply speculation, one that’s gaining credence is the name of the vehicle dropping its Impreza tag and being simply labeled the WRX.

The move is aimed at helping the new WRX convey that it is its own distinct model. The car is also expected to feature its own platform, though this will still be largely based on the one residing in the Impreza.

As our latest spy shots reveal, Subaru is already testing its new WRX on public roads, with engineers taking to the extreme heat of California’s Death Valley to put some test mules through their paces.

The mechanical package of the new WRX is hidden in the body of a regular Impreza, though a hood scoop, quad exhaust tips and current-gen WRX wheels give it away. An image of the interior also reveals a six-speed manual transmission.

The new WRX, which should debut sometime late next year as a 2014 model, is expected to make do with a 2.0-liter ‘boxer’ engine, though it’s unclear if a regular turbocharger will be used to boost power or more sophisticated means. This engine will be closely related to the unit in the BRZ, but it will come with its own direct-injection system.

Dropping down to a smaller 2.0-liter displacement from the current model’s 2.5 liters would be advantageous for certain classes of competitive motorsports, as well as being more fuel efficient. Power levels, however, won’t deviate much from the current model’s 265 horsepower, though performance of the car will be improved thanks to a lighter curb weight. A symmetrical all-wheel drive system will remain standard, as should the choice of sedan and hatchback bodystyles.

Expect pricing to rise beyond the current model’s $26,565 sticker now that the BRZ takes up the entry-level performance role. Further down the track a new WRX STI model will also be launched.