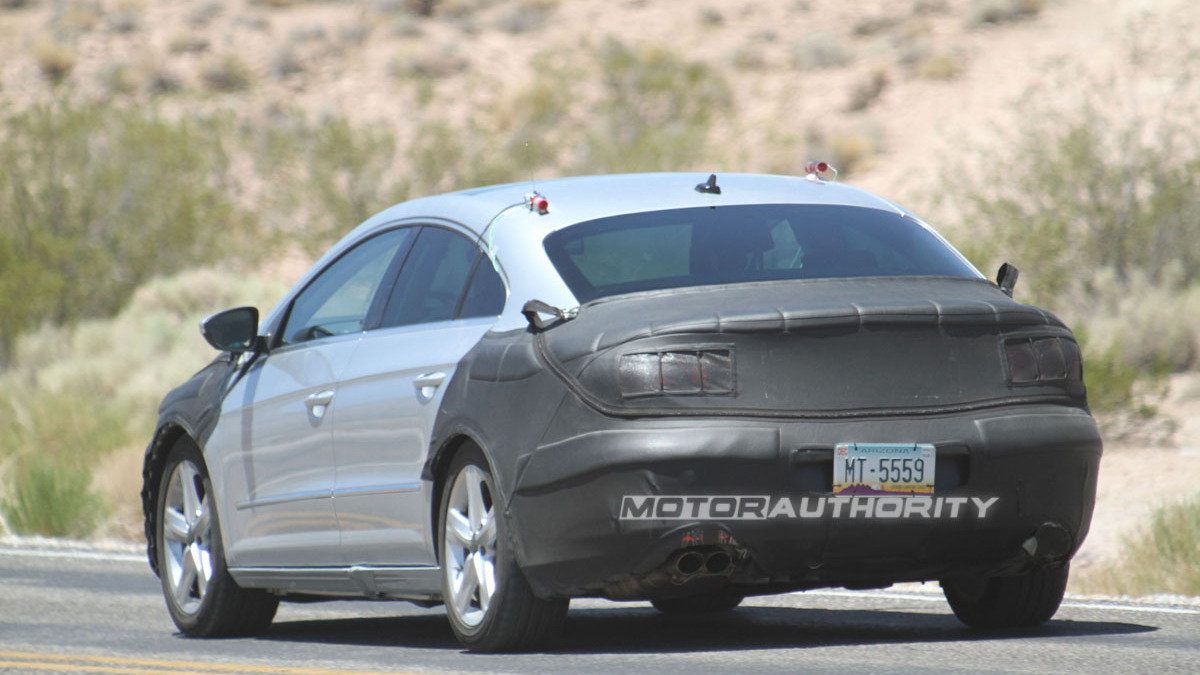 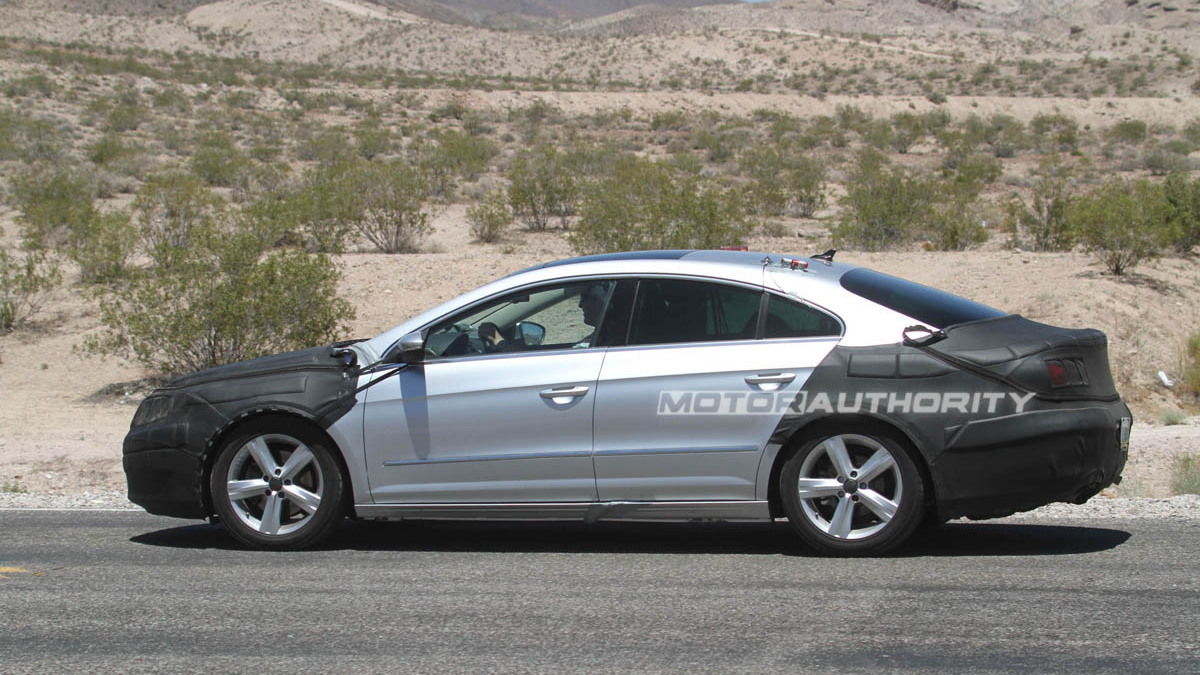 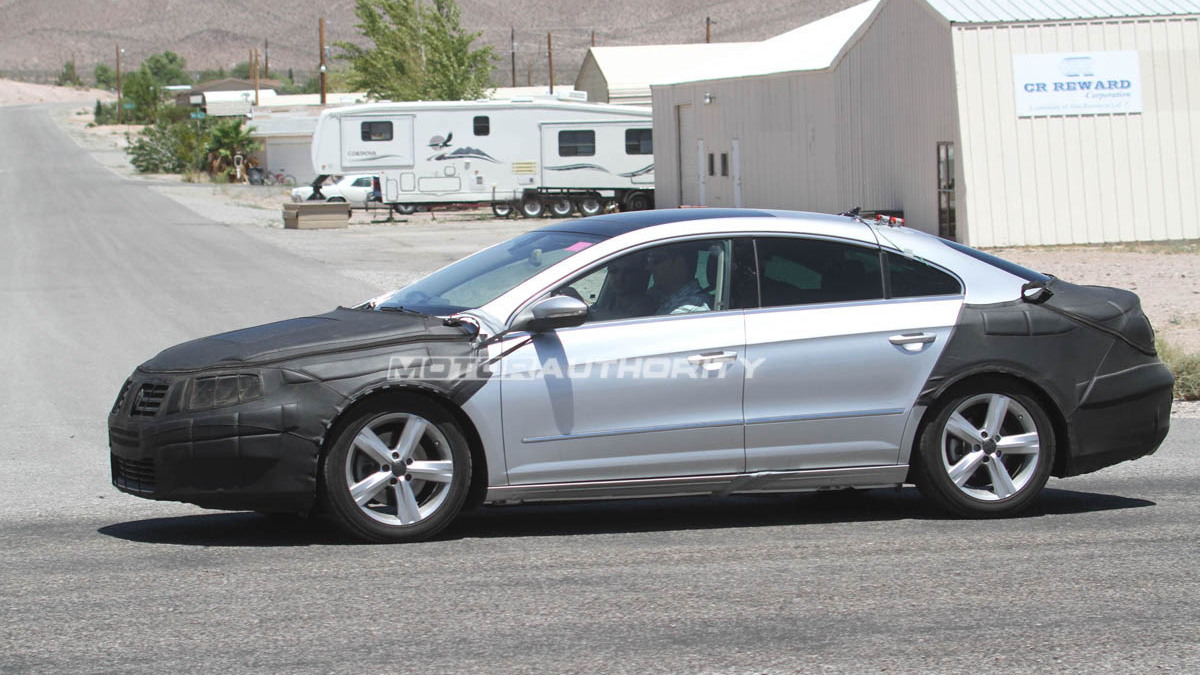 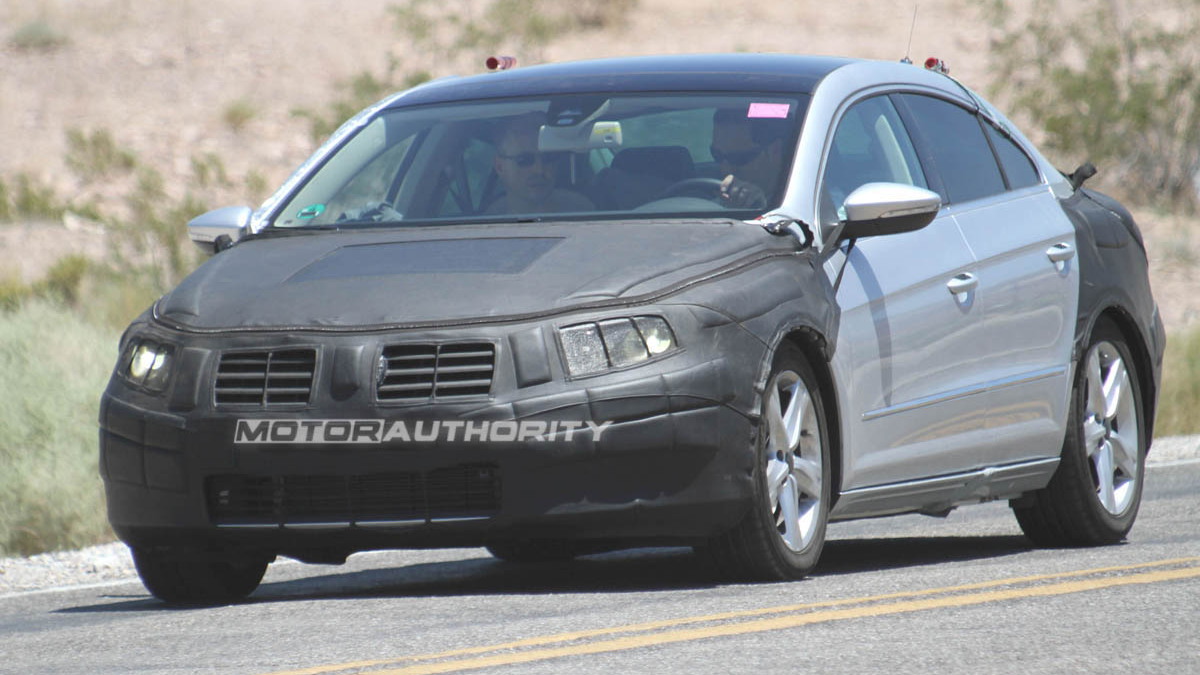 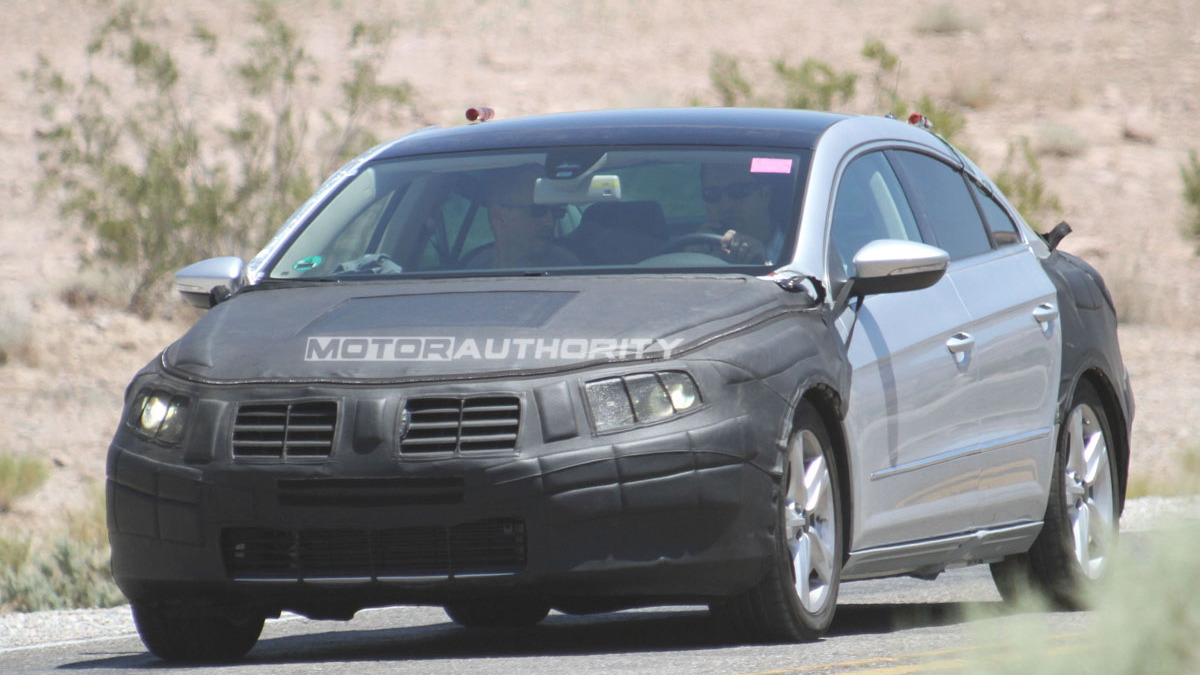 It may be hard to believe, but we're already almost four years into the model run of the Volkswagen CC (or Passat CC as it's known elsewhere). That means it's about time for the obligatory mid-cycle refresh, and that's exactly what our spy photographers have caught in these shots. The latest photos show the new CC in hot weather testing in the U.S., wearing heavy camouflage and obscuring even more details than the previous European spy shots.

The previous shots, from testing in the Alps, also word heavy camouflage, but hinted at the LED daytime running lights. Despite the obfuscation, we do have some idea of what to expect. The design language introduced this year with the new Passat sedan is likely to get a CC interpretation, meaning somewhat more flowing and sculpted than the sedan.

Expect to see a new air dam and foglight arrangement, the new three-bar grille, more angular headlights, and a similarly re-worked rear bumper area. We don't expect any changes to powertrains or performance, though it's not unheard for new packages or options combinations to be offered with a refresh, potentially bringing more value to the CC.

The current CC offers three trims with a 2.0-liter TSI turbocharged four-cylinder engine and the VR6 4Motion packing a 3.6-liter V-6 engine and all-wheel drive, differentiating it substantially from the standard Passat sedan, which offers a 2.5-liter five-cylinder, 2.0-liter TDI diesel, and the same 3.6-liter V-6.