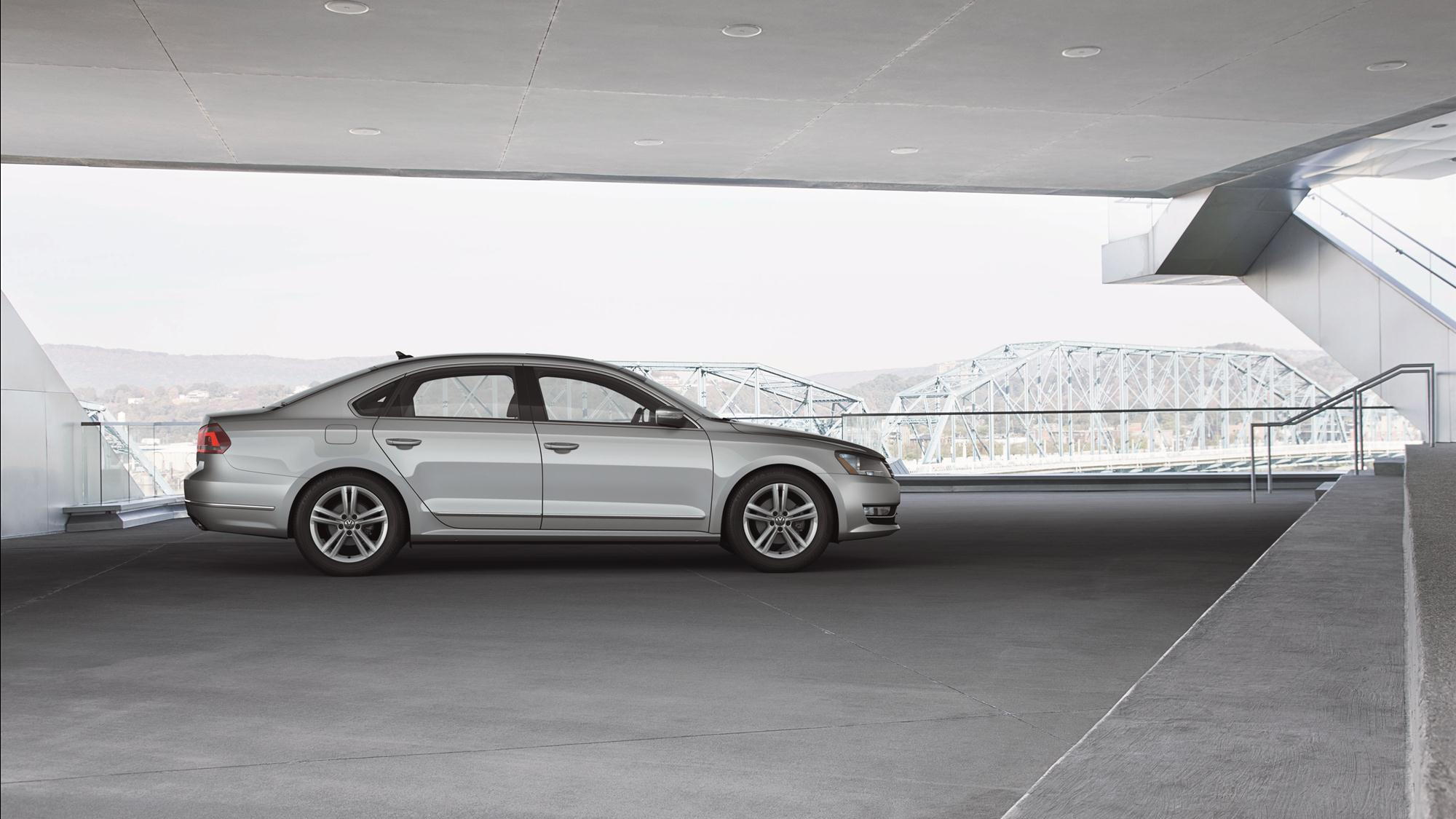 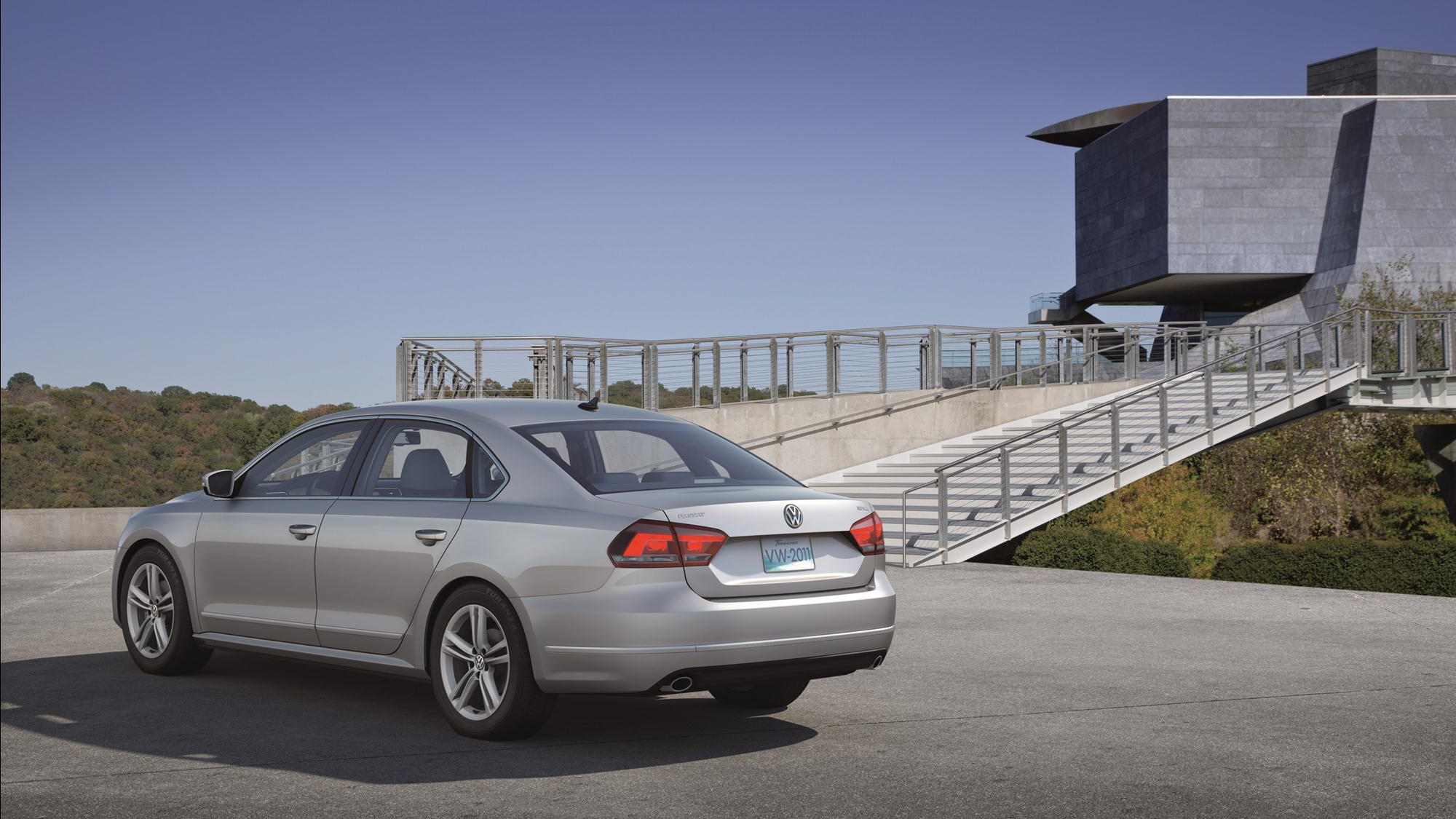 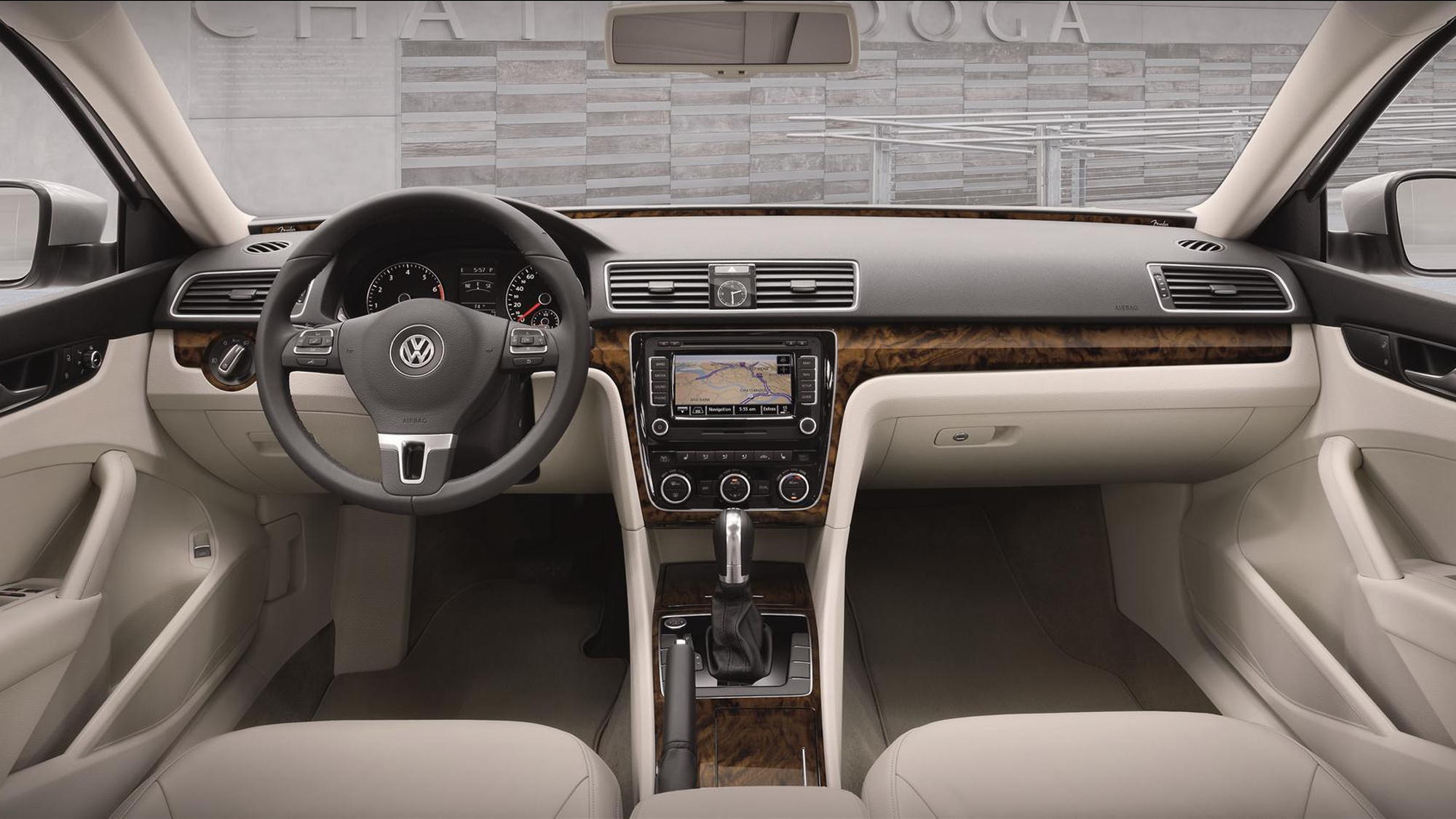 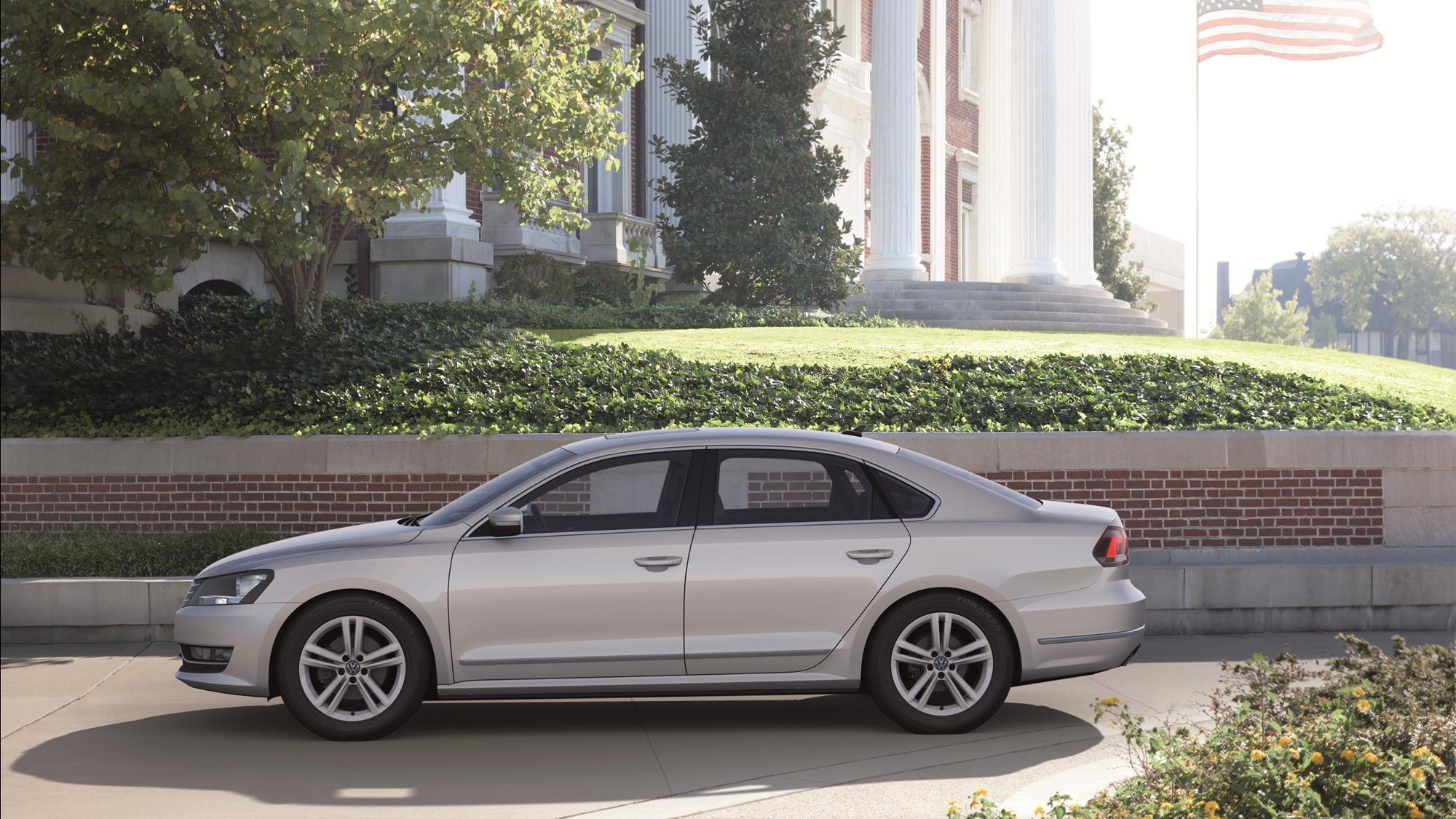 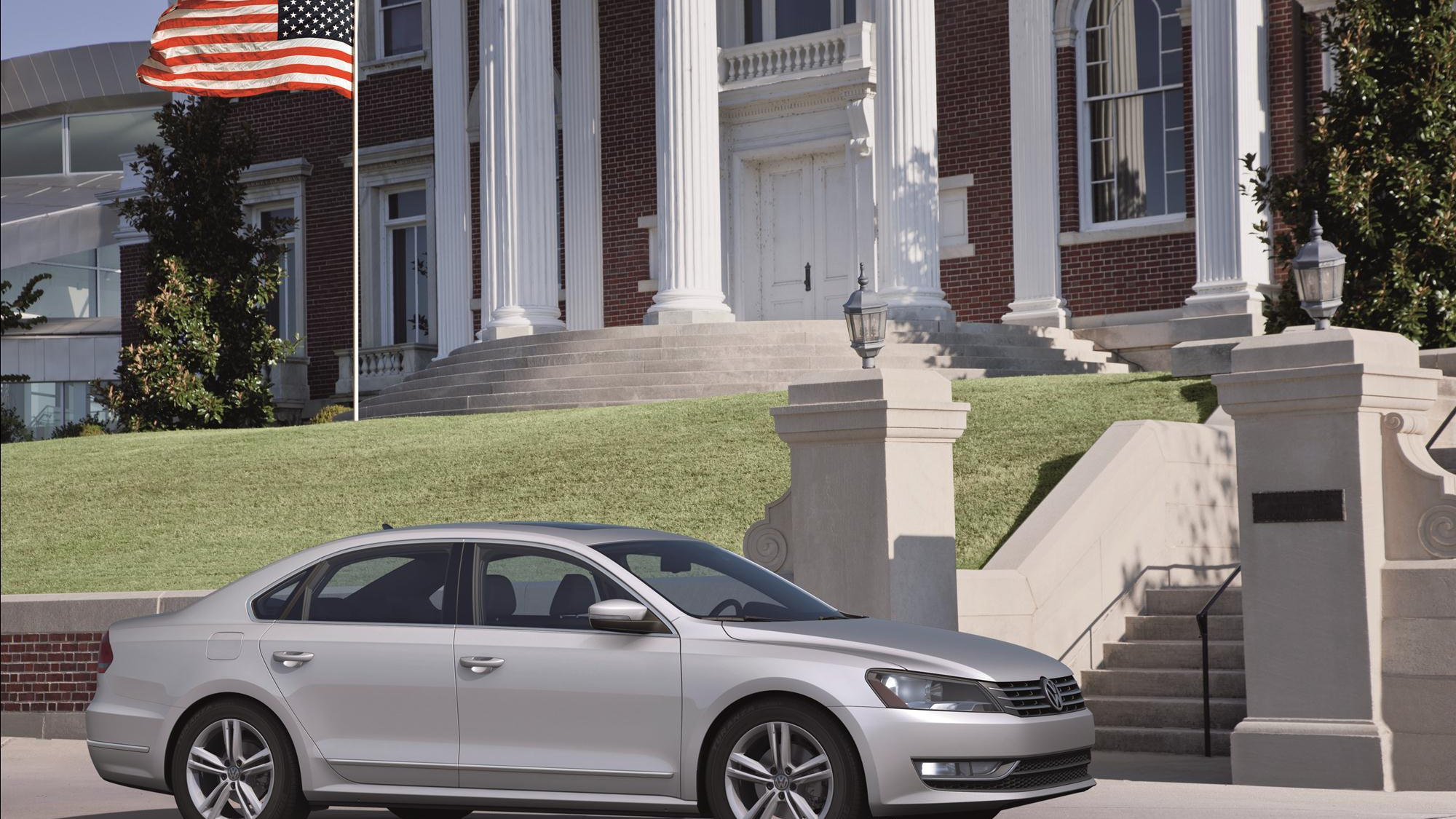 10
photos
The 2012 Volkswagen NMS, or, as we reported earlier today, the 2012 Passat, is due for its official stage debut tomorrow at the Detroit Auto Show, but as happens every year, blew early, and was quickly followed by the official release. The 2012 Volkswagen Passat sedan will start around $20,000 and offer a new take on the nameplate.

The new Passat is made in America, for Americans. Larger, somewhat de-contented, and less expensive, the new Passat, much like the new Jetta, may meet with a tepid response from the reviewing press. Final pricing will be announced in March.

The new Passat is about 3.6 inches longer in wheelbase and 3.9 inches overall, and about a half an inch wider than the European-market Passat. The restyled exterior is sharp, if a bit inoffensive, while the interior looks more like previous-generation VWs, which may or may not be a good thing, depending on your perspective.

Three familiar equipment lines are offered: the S, SE, and SEL. The base S gets six airbags, Bluetooth, stability control and other basic safety electronics.

Powertrains will be familiar to anyone with a VW in their past: a 140-horsepower 2.0-liter TDI diesel four-cylinder, a 170-horsepower 2.5 liter five-cylinder gasoline engine, and a 280-horsepower 3.6-liter V-6 good for 0-60mph in 6.5 seconds. The diesel scores 0-60 mph in 9.3 seconds, 1.1 seconds slower than the gas engine. A manual gearbox is standard in both TDI and 2.5-liter models, with an optional six-speed dual-clutch DSG (TDI) or six-speed auto (2.5), while DSG is standard for the V-6.

Check back tomorrow for the live photos as the 2012 Volkswagen Passat sedan makes its official debut at the 2011 North American International Auto Show.