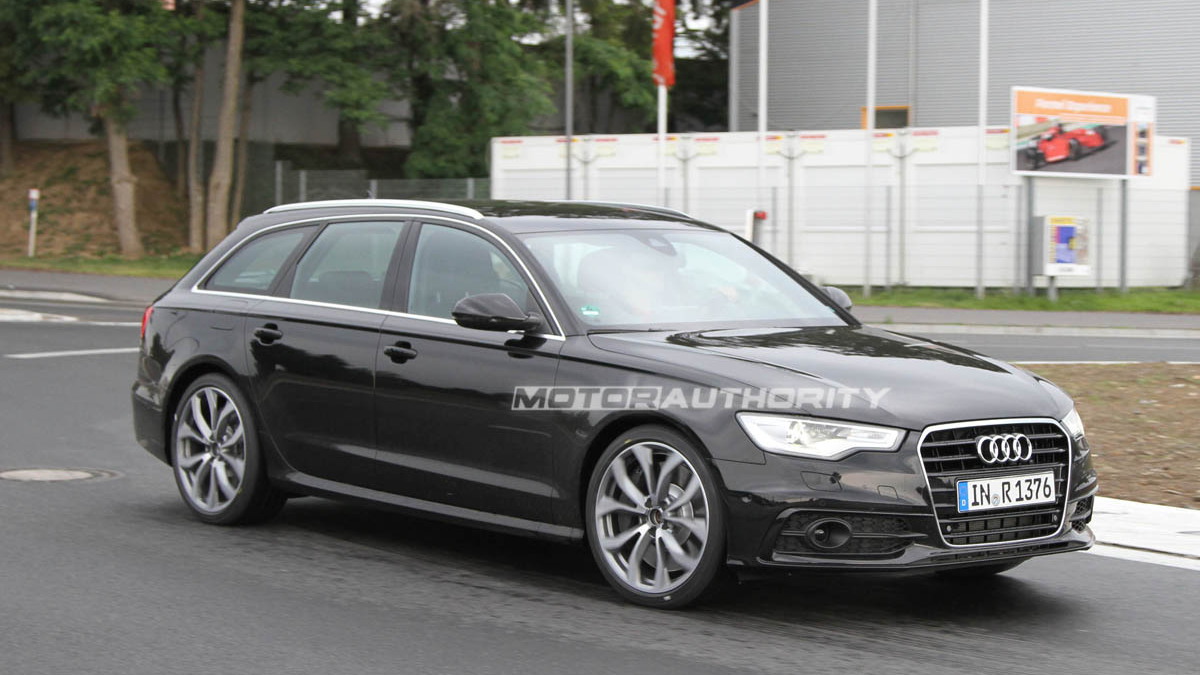 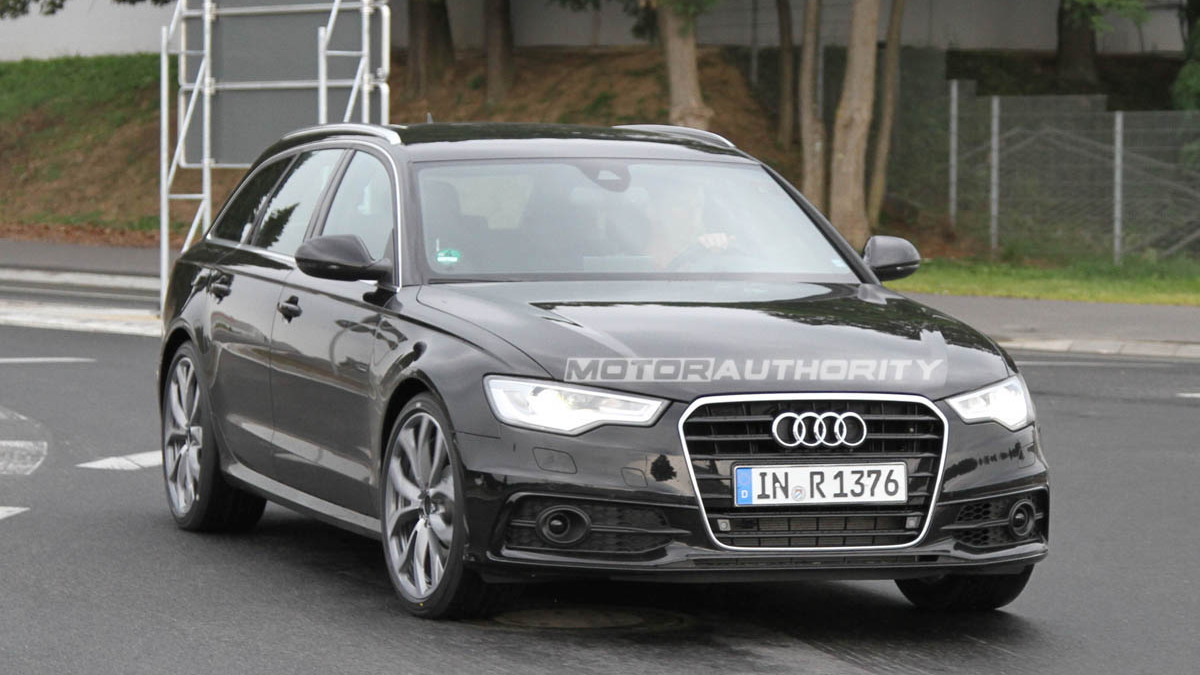 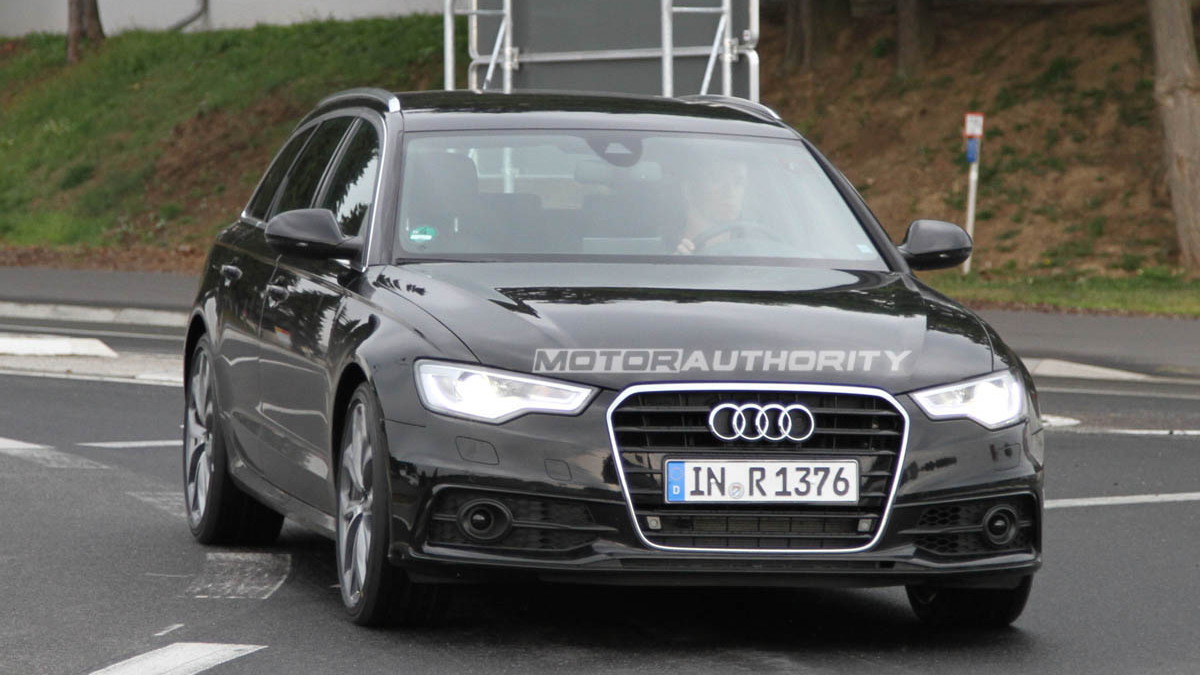 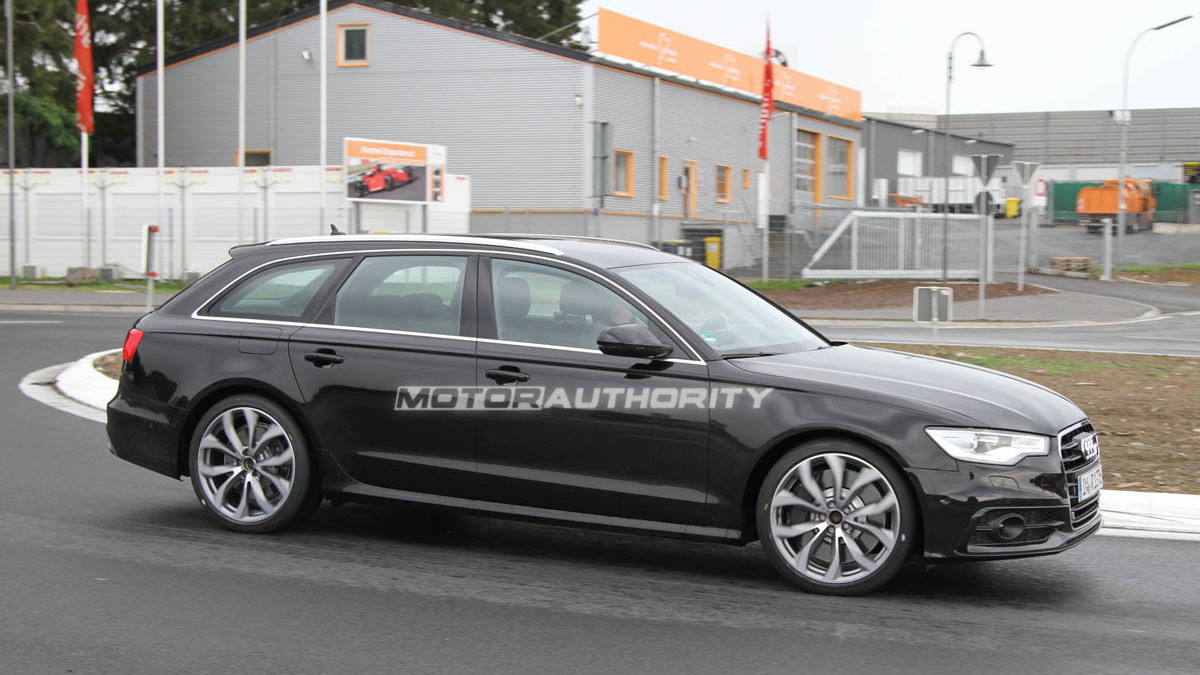 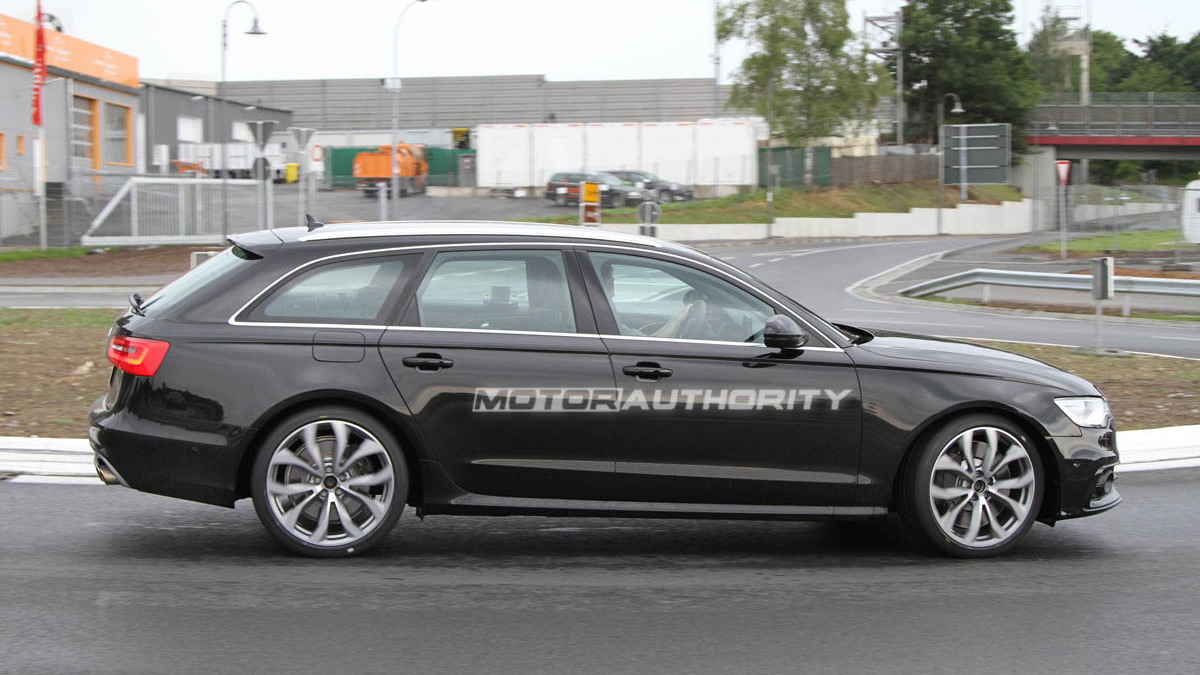 Just yesterday our spies caught the 2012 Audi S6 sedan completely uncovered, and today it's the wagon's turn. The 2012 Audi S6 Avant shares the same basic set of changes from the base A6 Avant, including aesthetic tweaks and seriously upgraded drivetrain.

These spy shots show the sporty wagon completely undisguised, revealing a look that upgrades the new 2012 A6 with a little more aggression while retaining its understated style. The main changes come at the front and rear bumpers, side skirts, and quad-tipped exhaust. Slightly wider intakes up front, a molded diffuser with mesh vent in the rear, and a roof spoiler are the key differences.

Power for the S6 Avant, like the S6 sedan, is expected to come from Audi's new 4.0-liter V-8, rated at 434 horsepower--just one horse less than the V-10 engine it replaces. It should be less expensive and more fuel efficient, too, making the change a win-win for all but the die-hard.

The Avant is also expected to make its public debut at the 2011 Frankfurt Motor Show alongside the sedan, but don't expect to see it on the streets here in America. Unlike Mercedes-Benz, both Audi and BMW have shied away from bringing their hotter wagons (or much in the way of wagons at all) to the U.S. in recent years, citing a lack of buyer interest. Even worse for the S6 Avant's chances: Audi won't be bringing the standard A6 Avant to the U.S., either.