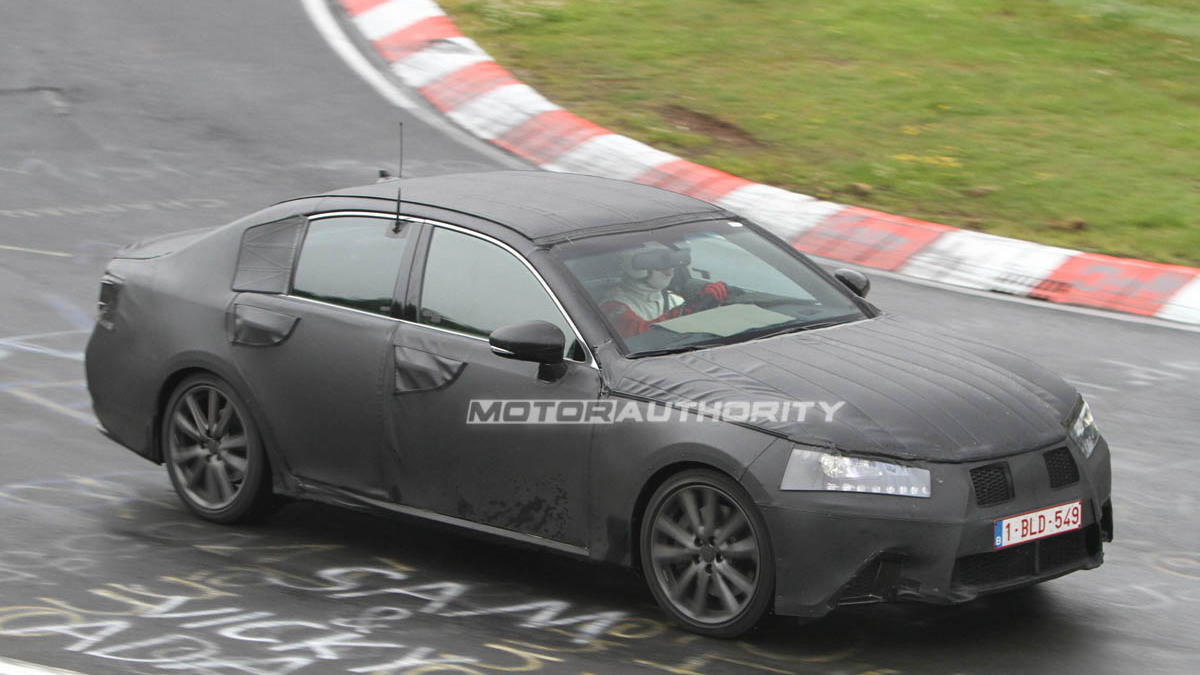 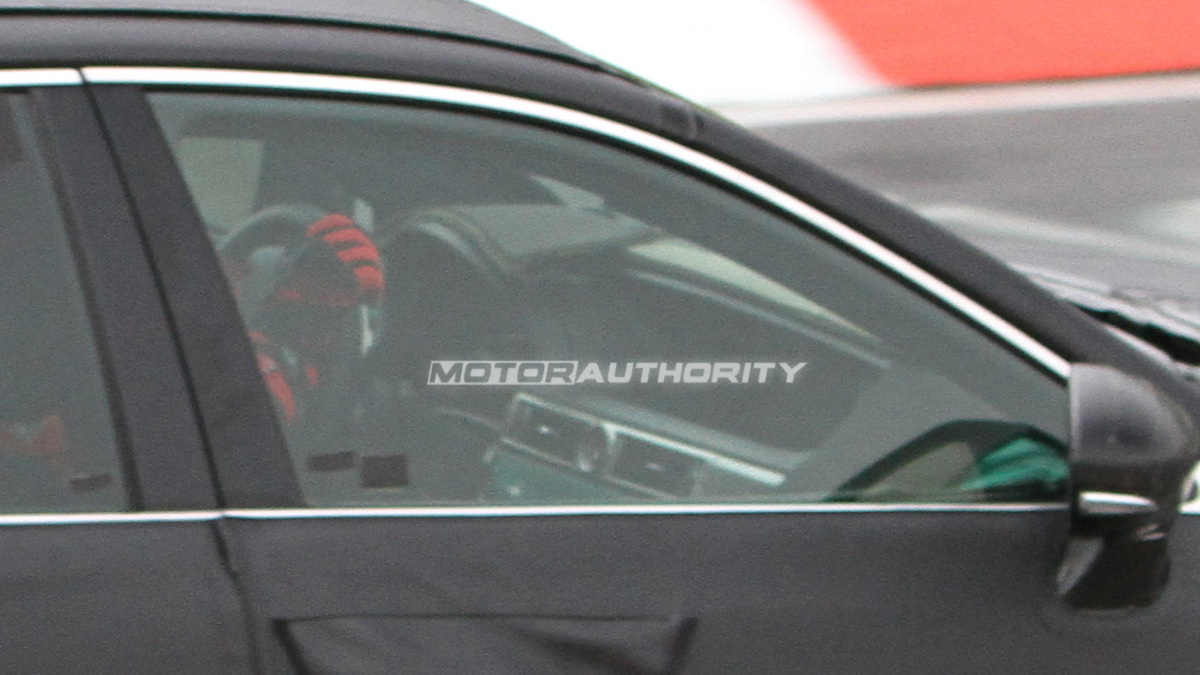 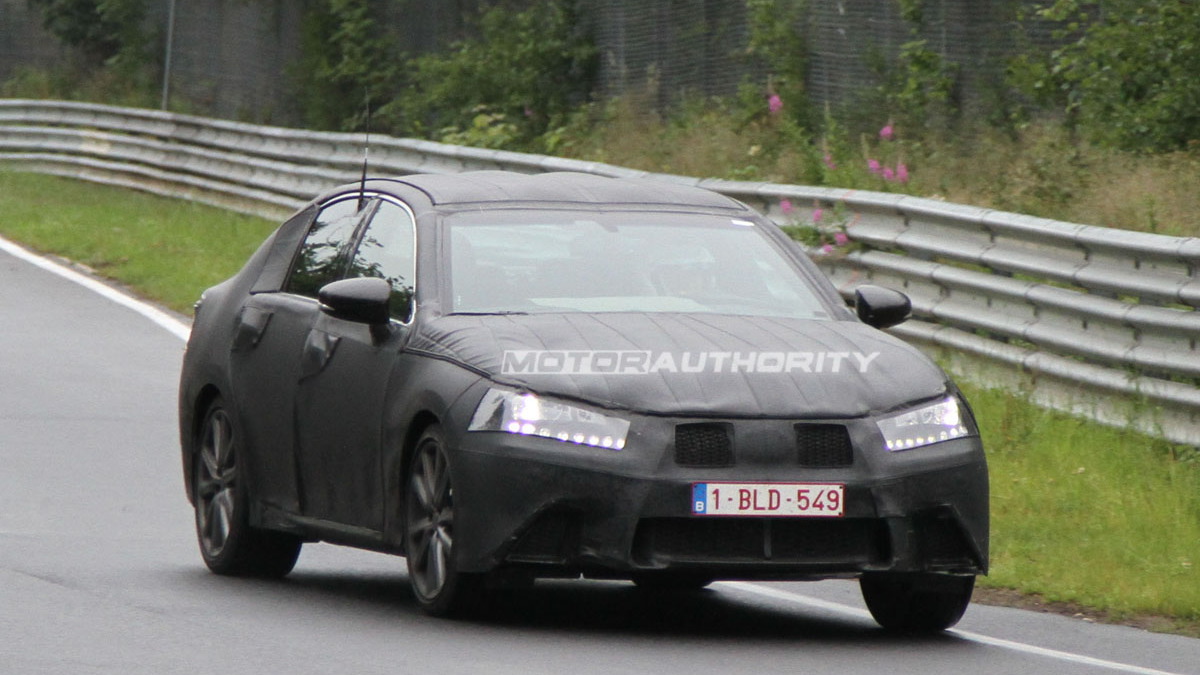 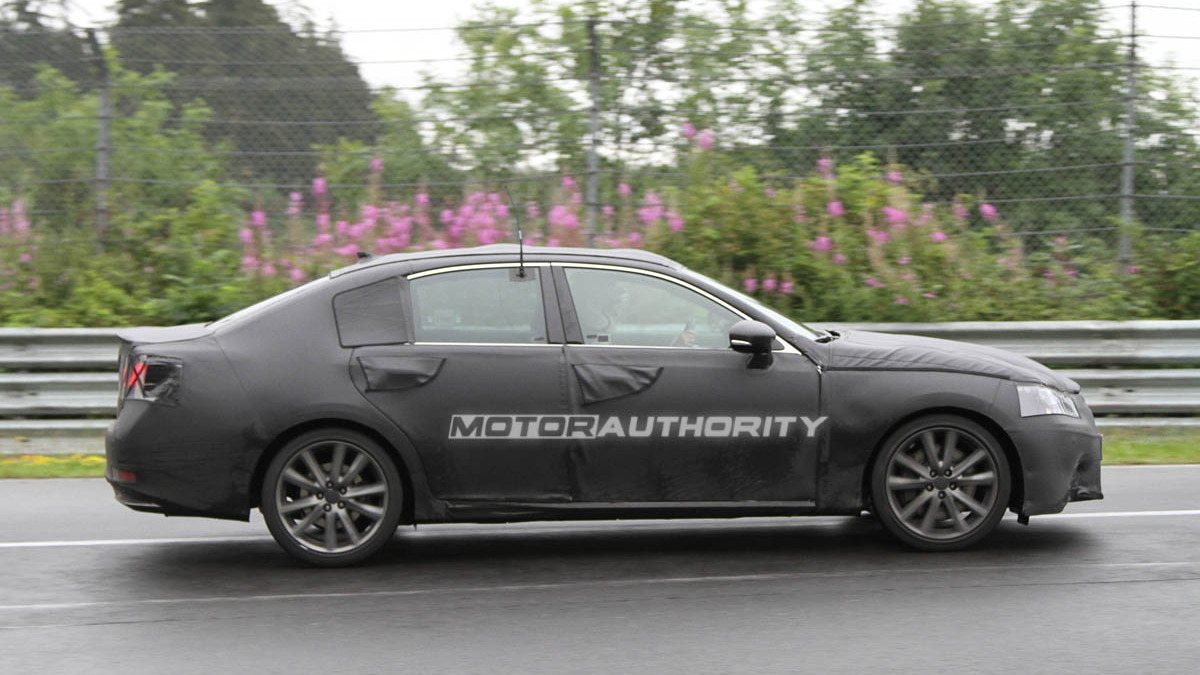 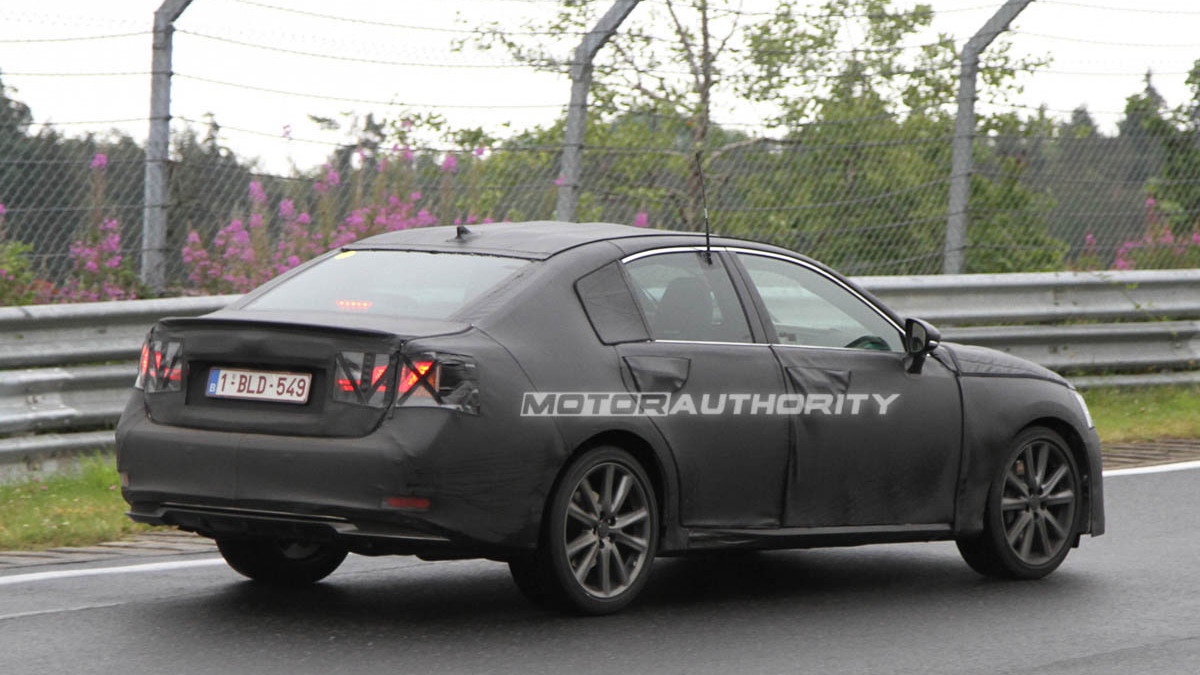 At the New York Auto Show, Lexus revealed the LF-Gh concept, a thinly veiled disguise for the upcoming 2012 Lexus GS sedan. Today, we have the first spy shots of the car in testing at the Nurburgring.

Thick camouflage cladding hides the curves and undulations of the sheet metal, but there's enough detail visible to see that the dramatically shaped front end will translate largely untouched to the production version. The gaping, sharply defined lower intakes in particular stand out against the disguise.

One image, shot through the passenger window, gives us a glimpse at the interior, which appears to be more traditionally Lexus in style. Brushed metal accents, what appears to be a central analog clock, an arching dash surrounding a navigation/infotainment screen, and--possibly-- steering wheel-mounted paddle shifters can also be spied.

As for what lies beneath the surface, the 2012 GS is expected to get Lexus' 5.0-liter4 V-8 engine, rated at up to 450 horsepower in GS-F trim. A hybrid version is coming, as well, as previewed by the LF-Gh concept.

The 2012 GS will do battle against the likes of the BMW 5-Series and Mercedes-Benz E-Class, both of which are also relatively freshly revised or redesigned. While it's still too early to tell if the new GS will bring more fight to the Germans than the current model, it's certainly looking like it will.

The 2012 Lexus GS is expected to make its debut in production form later this year.