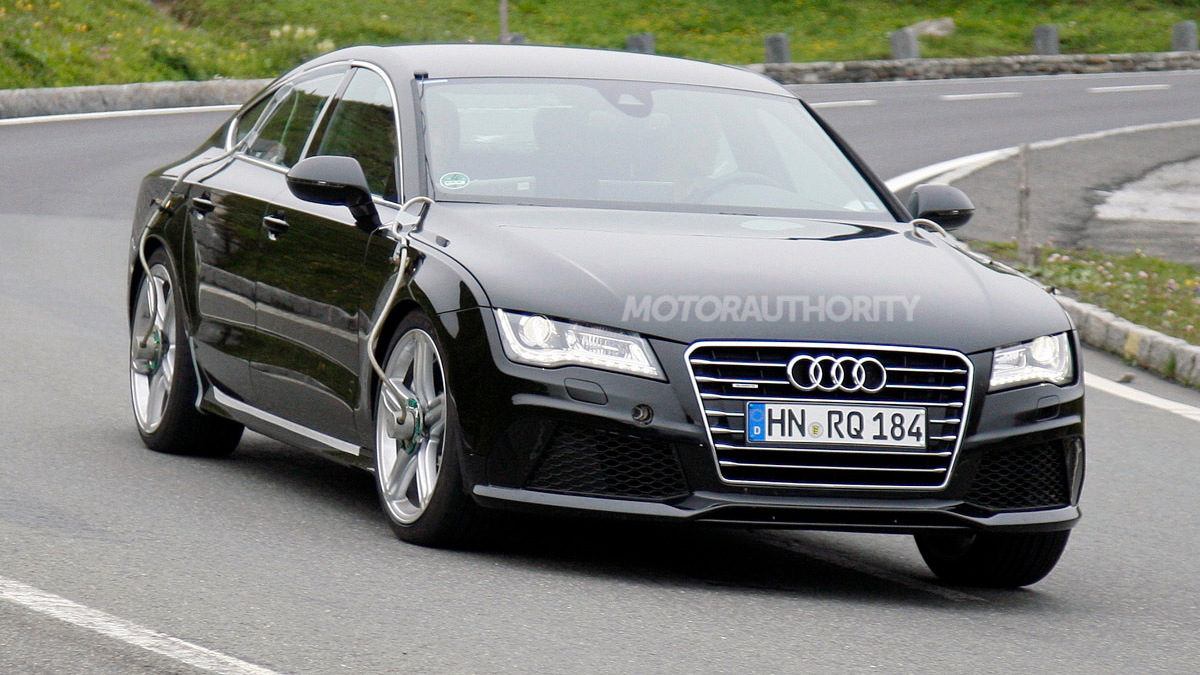 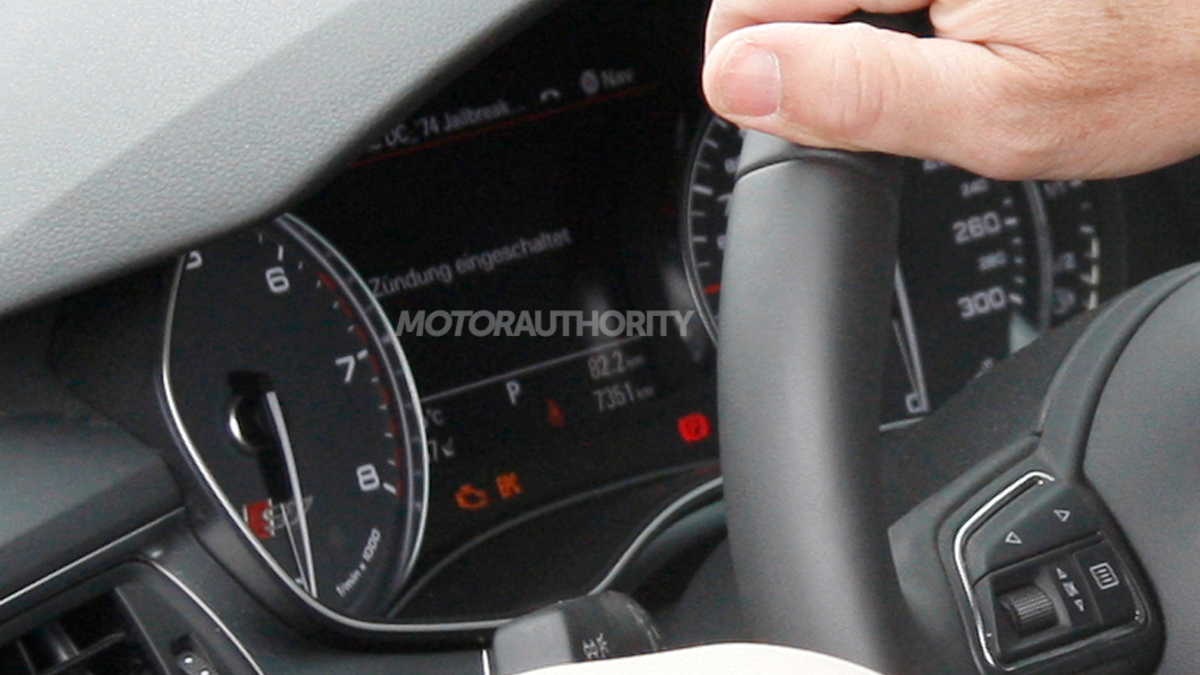 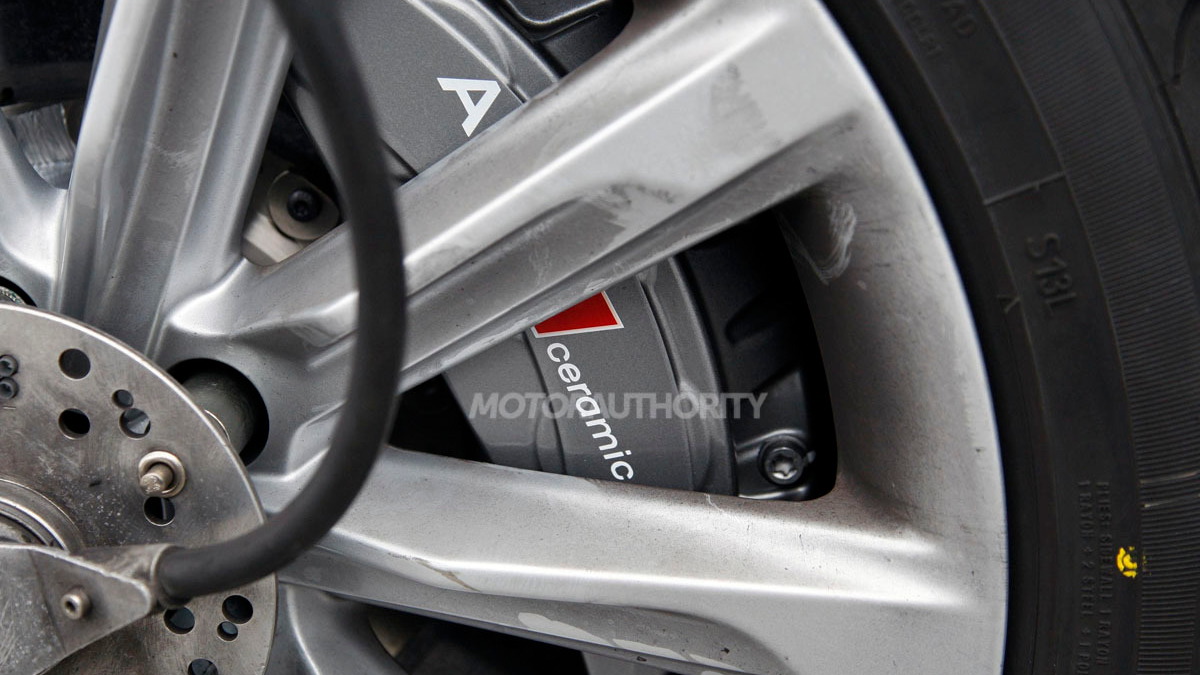 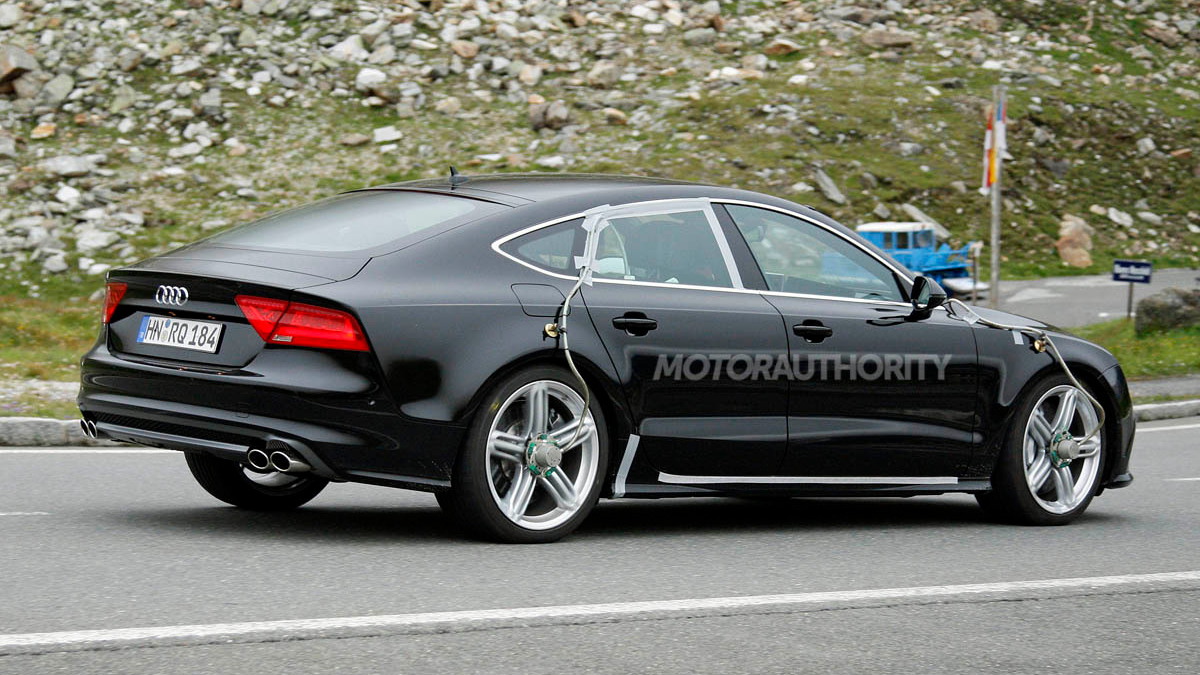 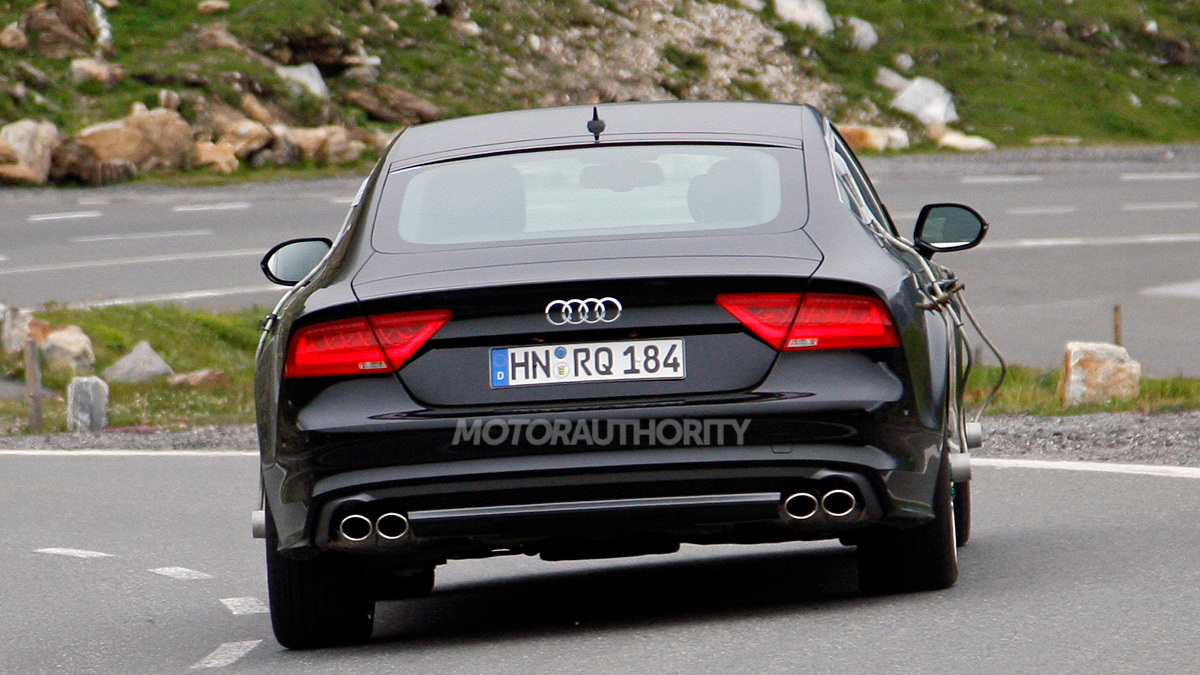 Current Audi S models, while visually quite different from the standard versions to the informed eye, often fly under the radar of regular folks. But that's set to change for the next generation of S models, according to previous reports, and these latest spy shots hint at just how the S7 will differentiate itself from the 2012 Audi A7, with fully undisguised bodywork, plus we get our first close-up glimpse at the instrument cluster.

Borrowing most of its looks from the production Audi A7, the S7 adds to the package with specific performance enhancing upgrades. The new front bumper, revealed in the latest shots with no camouflage, shows larger air intake openings to better cool the engine and brakes--in the case of the latest test vehicle, those are ceramic brakes, as clearly labeled on the caliper. The lower, more aggressive front lip also adds to the S7's stance.

At the rear, the S7 prototype has dual round exhaust pipes under the bumper instead of the integrated trapezoidal units on the concept, and the latest spy shots show the car with an integrated automatic hatch spoiler instead of the medium-sized standalone wing on the earlier prototype. The wheels are split-five-spoke alloy units, ditching the previous incognito black.The latest shots show the vehicle completely denuded, so there's little doubt left about what the production S7 will look like.

The Audi S7 is expected to get a 394-horsepower 4.0-liter V-8 for motivation, and should drive all four wheels as the S moniker deserves. It won't be the hottest A7-platform vehicle, however, as an RS7 with a screaming 5.0-liter V-10 twin-turbo engine derived from Lamborghini DNA providing 600-plus horsepower us rumored to be in the works.

As we confirmed with Audi at the 2011 New York Auto Show, the S7 will be coming to the U.S., though we can expect to wait 6 to 12 months after its European debut--likely meaning something in early or mid-2012, probably as a 2013 model.