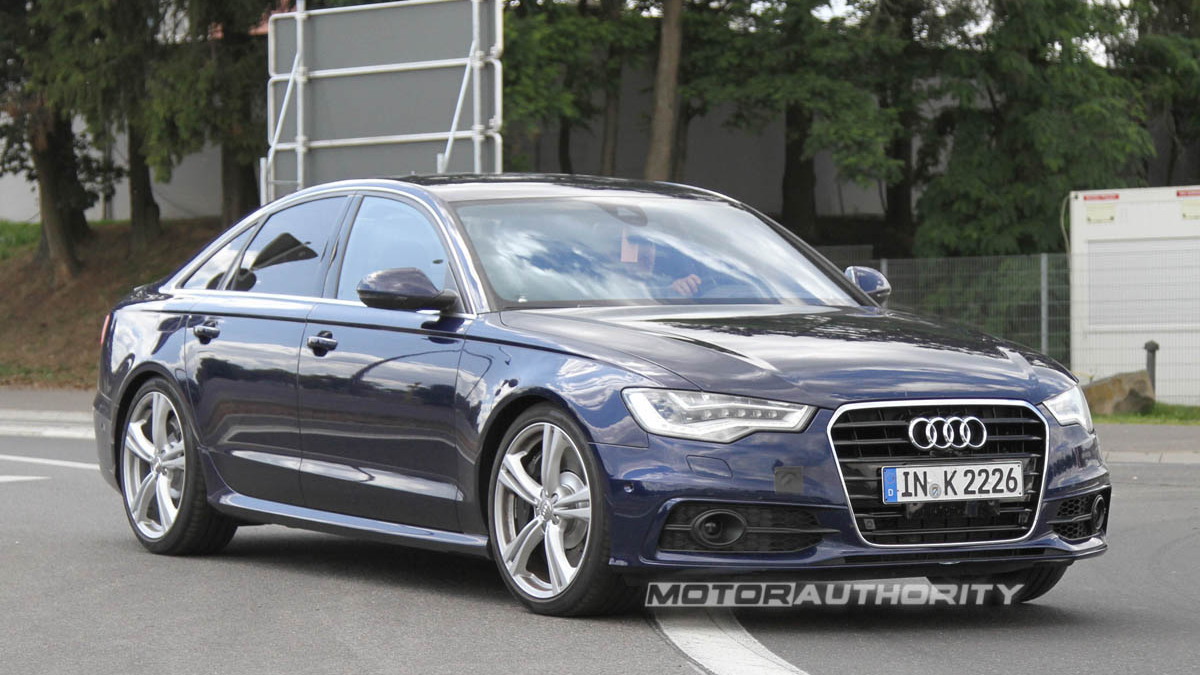 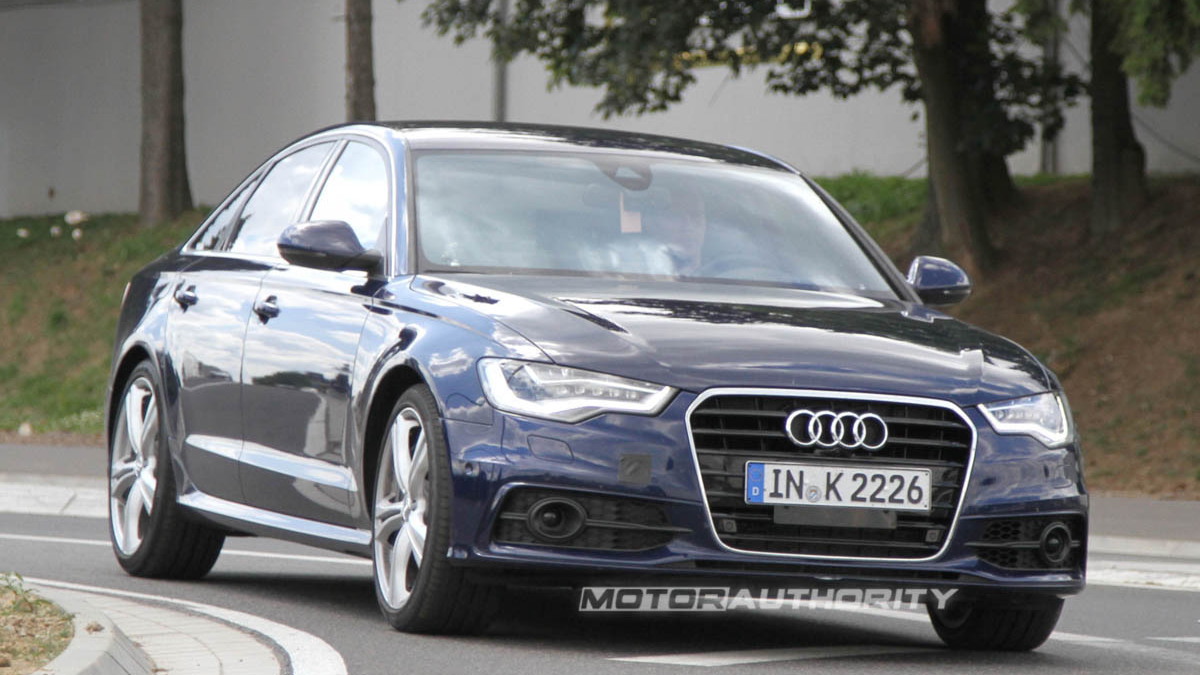 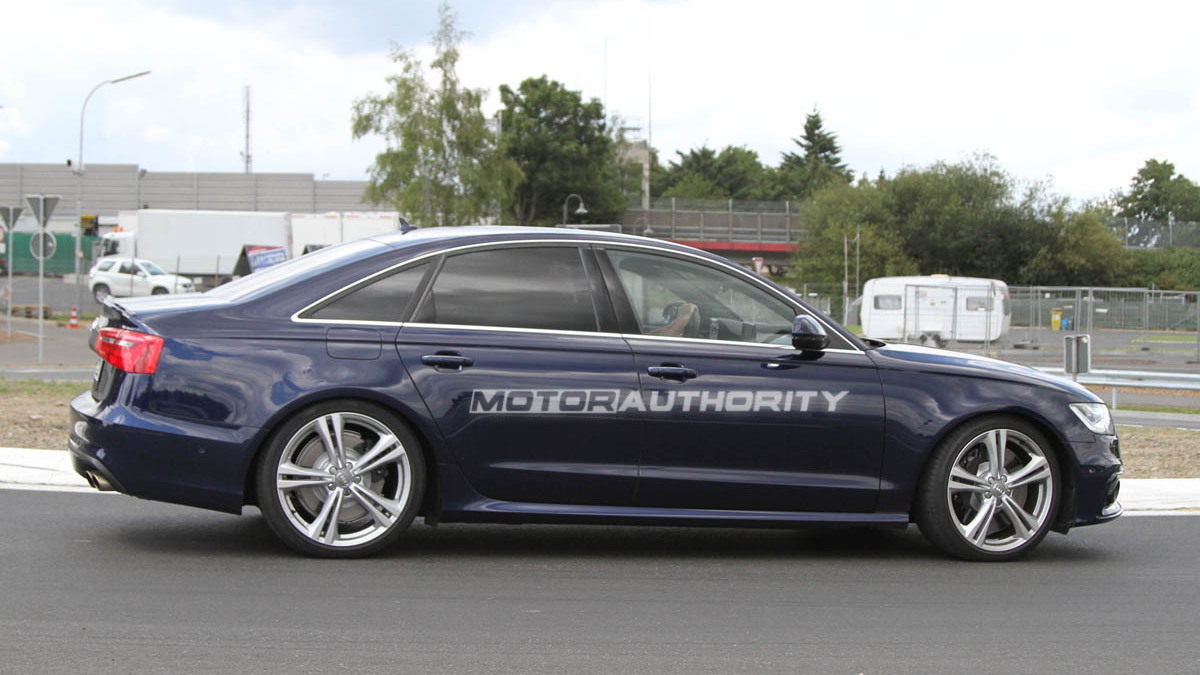 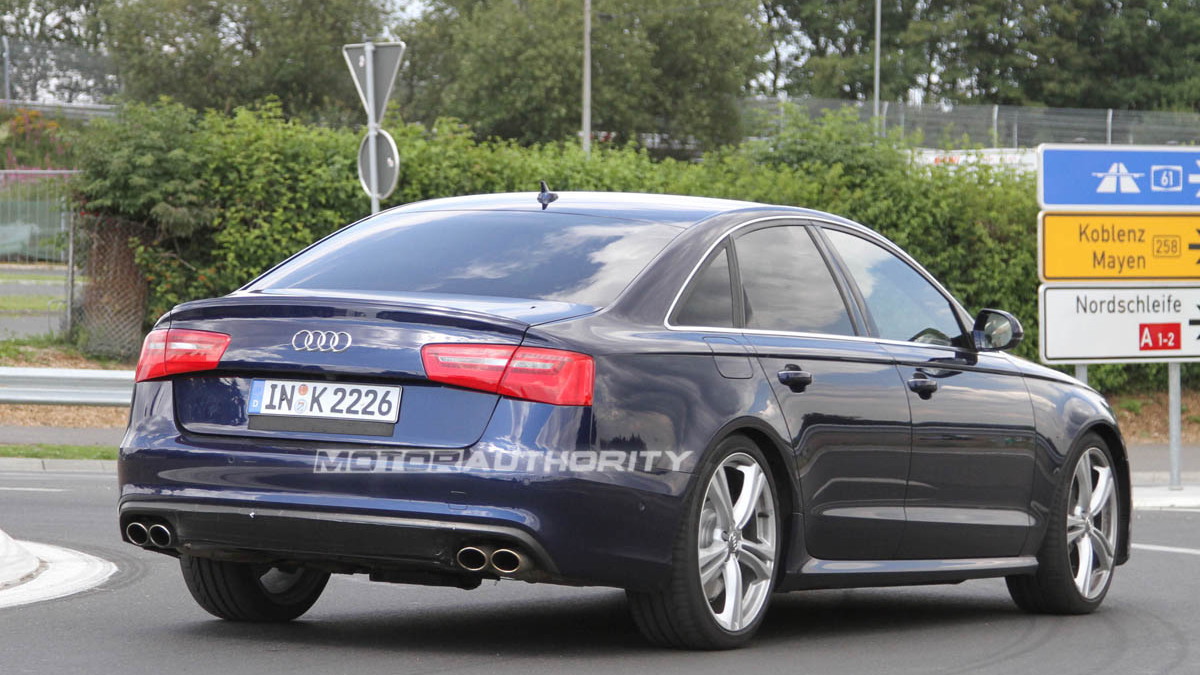 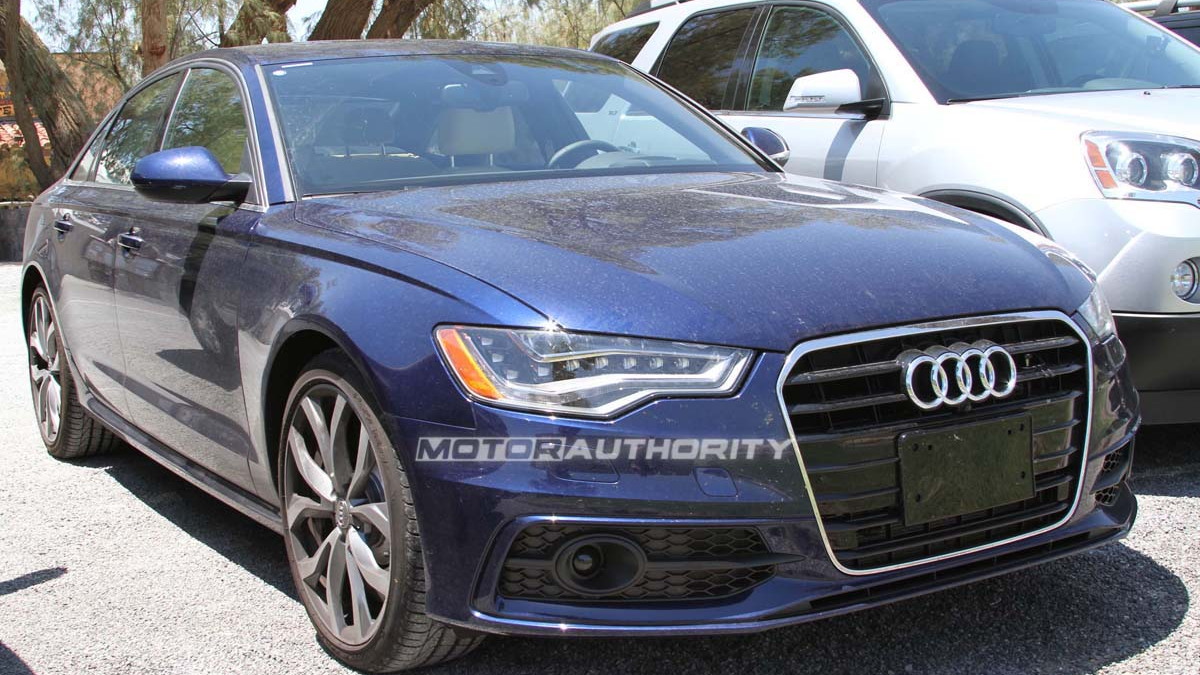 The first spy shots of the upcoming 2012 Audi S6 emerged in March, and surprisingly, it wasn't wearing anything in the way of camouflage. Perhaps with the new A6 already out and about, Audi thought it would slip under the radar--but it didn't, and it hasn't this time, either, as our spies captured the car in testing again, including shots of the carbon fiber-clad interior.

The 2012 S6 is expected to get a punchier version of Audi's upcoming 4.0-liter V-8 engine, taking the place of the 435-horsepower V-10 engine in the current 2011 S6. Leaked specs for the car peg the new V-8's output at 434 horsepower, so it won't be giving up any performance despite lopping off two cylinders.

We expect the S6 to make its debut at this September's Frankfurt Motor Show, though it's possible it may wait longer. In the U.S., it may even skip the 2012 model year entirely, coming as an early 2013 model sometime late next summer. The seriously hot RS6 will come as much as a year later.

As you can see in the newest images above, the S6's interior isn't a drastic departure from what we've seen from Audi in the past, but it does step up the performance look and feel with some carbon fiber elements and S6 badging on the instrument cluster. The outside of the car likewise gets a tasteful, if minimal, set of upgrades to its body work, with lower side skirts and quad exhaust tips nestled in the rear bumper. The front end is also likely to get some more aggressive intake and grille work, but remains mostly stock in this prototype.

For more on what makes the new A6 family of sedans different from its forerunners, check out our rundown of the official stats and features here.