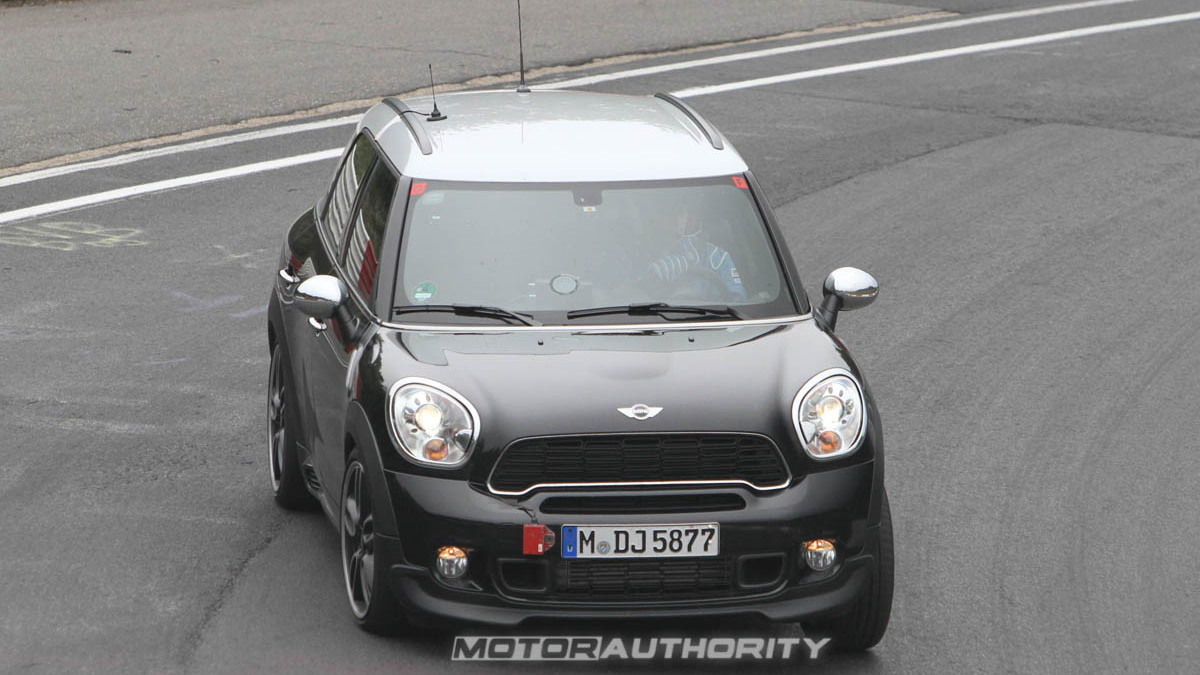 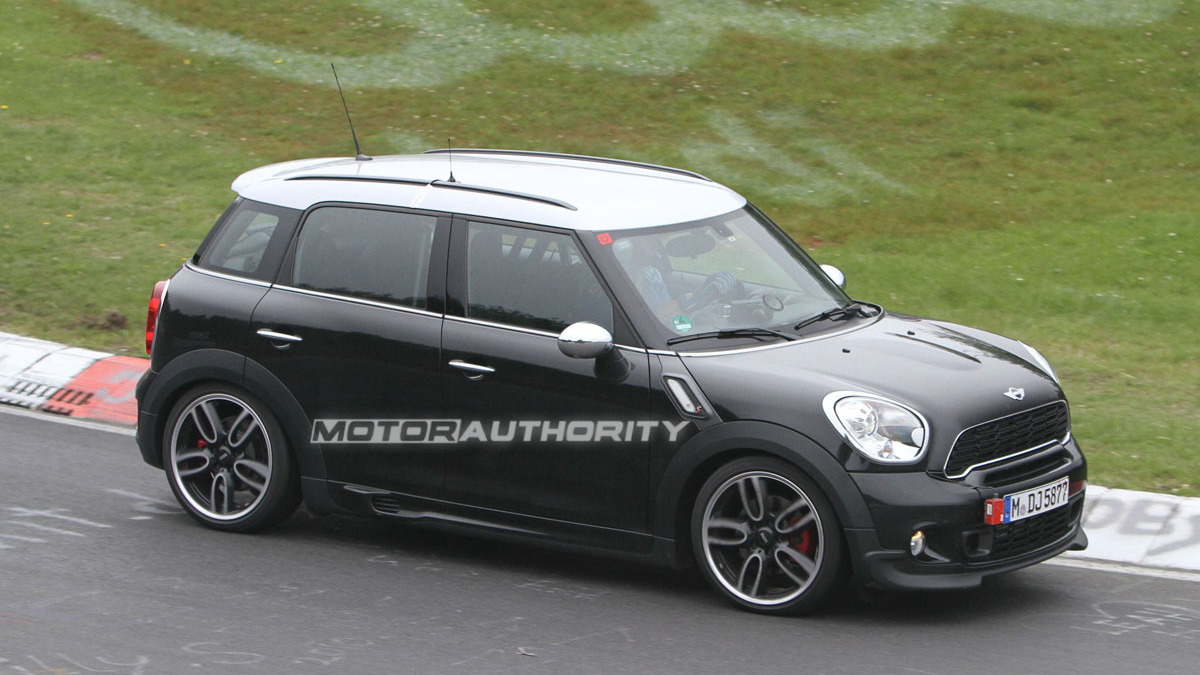 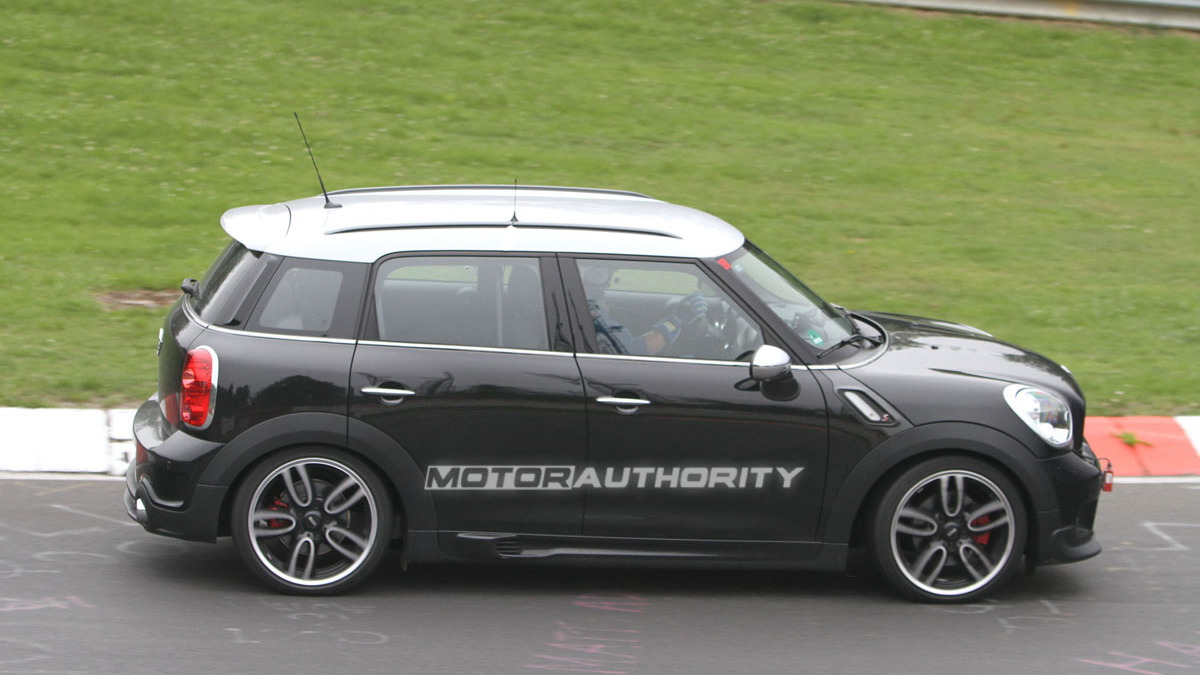 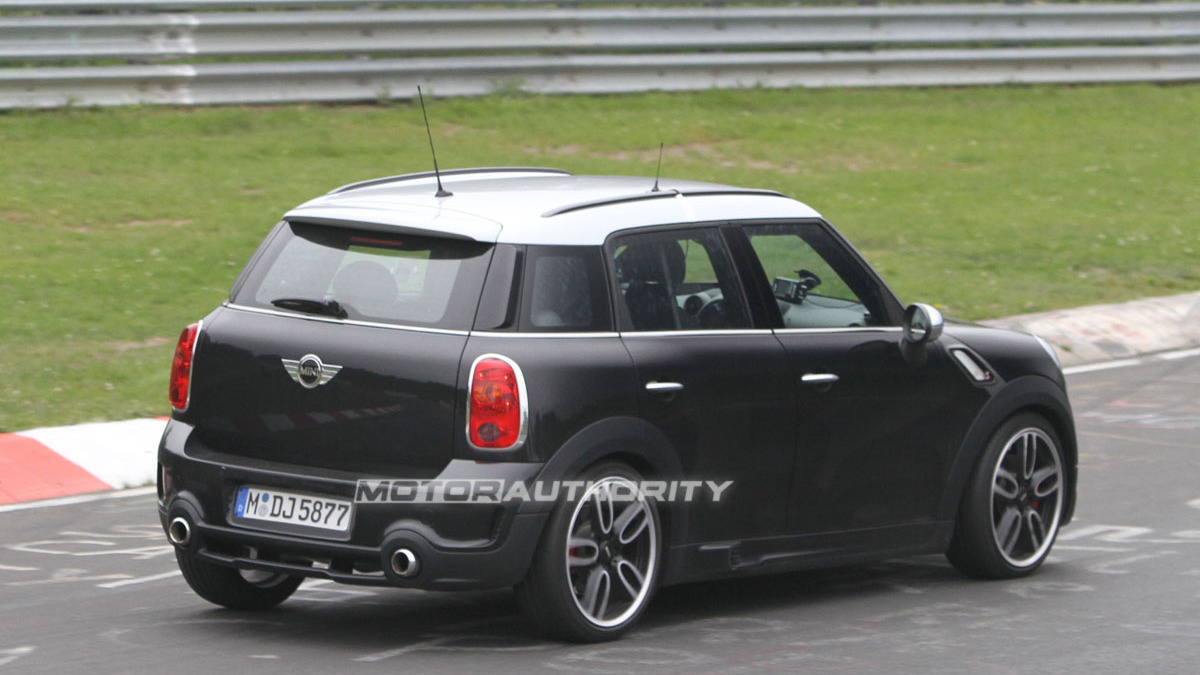 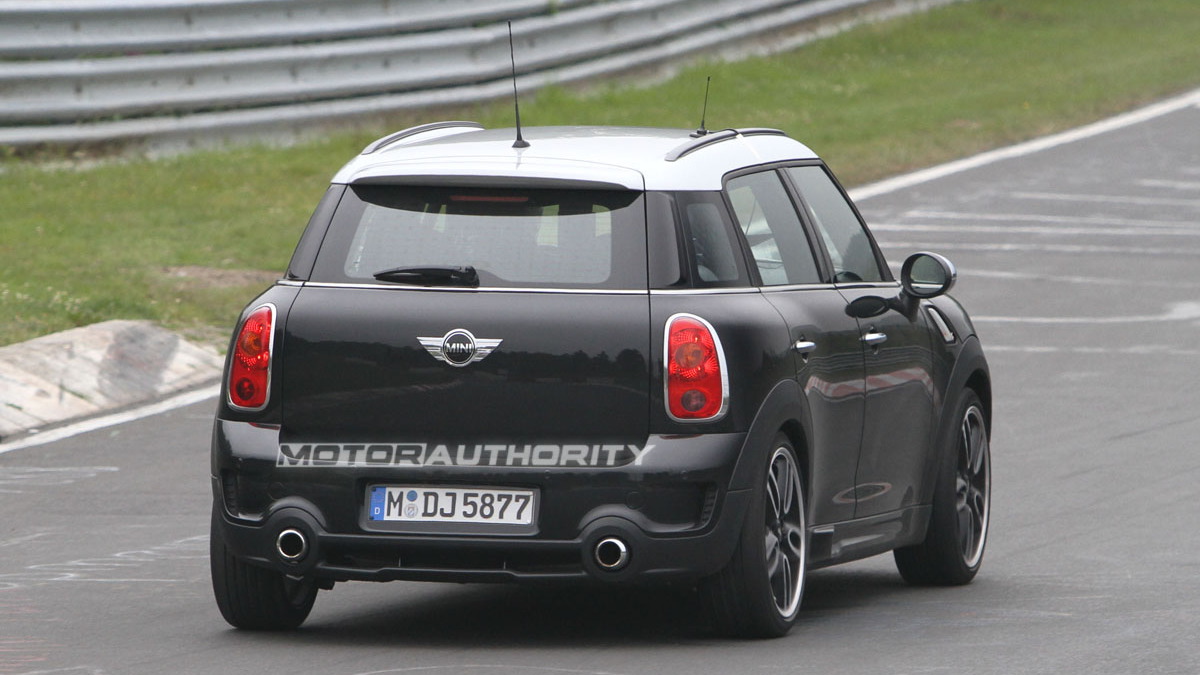 It's been almost a year and a half since talk of a John Cooper Works version of the MINI Countryman made the rounds, but a recent sighting on the Nurburgring by our photo sleuths shows it's not out of mind at MINI.

If the MINI Countryman JCW does come to fruition, it could pack as much as 225 horsepower, sent through all four wheels--and, in John Cooper Works style, likely through a six-speed manual transmission.

Upgraded dampers, stiffer springs, lower ride height, reworked aerodynamic body pieces, and JCW logos outside and in are all almost certain to find their way into the car as well.

Competition for the JCW Countryman would likely come from the standard Subaru WRX, which though considerably more powerful, is also significantly heavier. With MINI's quality chassis tuning, the JCW edge, and lighter weight, we're eager to see what a hot Countryman can do--and even more eager to see what the aftermarket might make of it.

Should MINI continue moving forward on the soft-road JCW, it could come as early as the Los Angeles Auto Show in November. We might have to wait a bit longer, however, with the Detroit Auto Show in January, 2012, or the Geneva Motor Show in March possible alternatives.