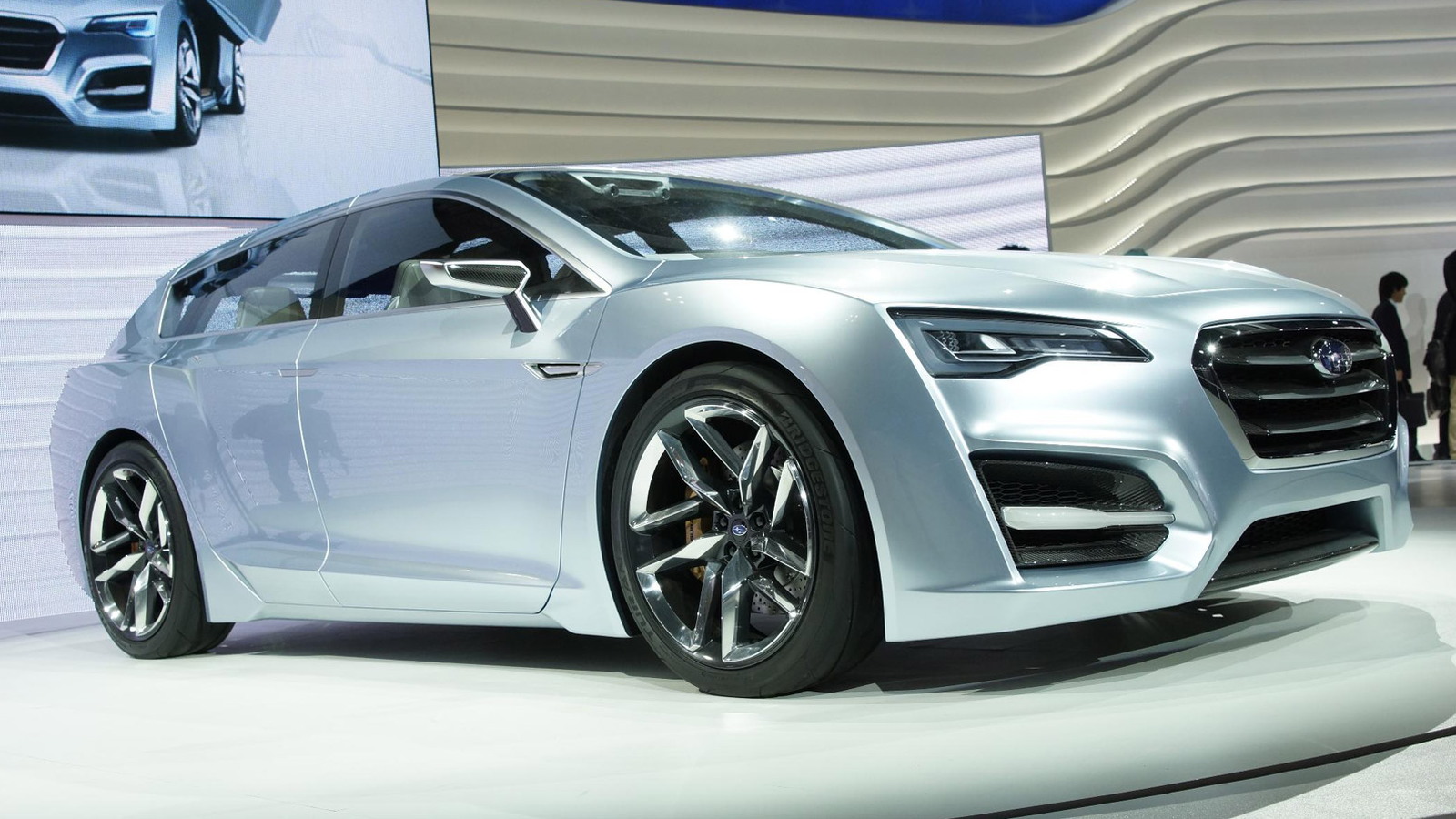 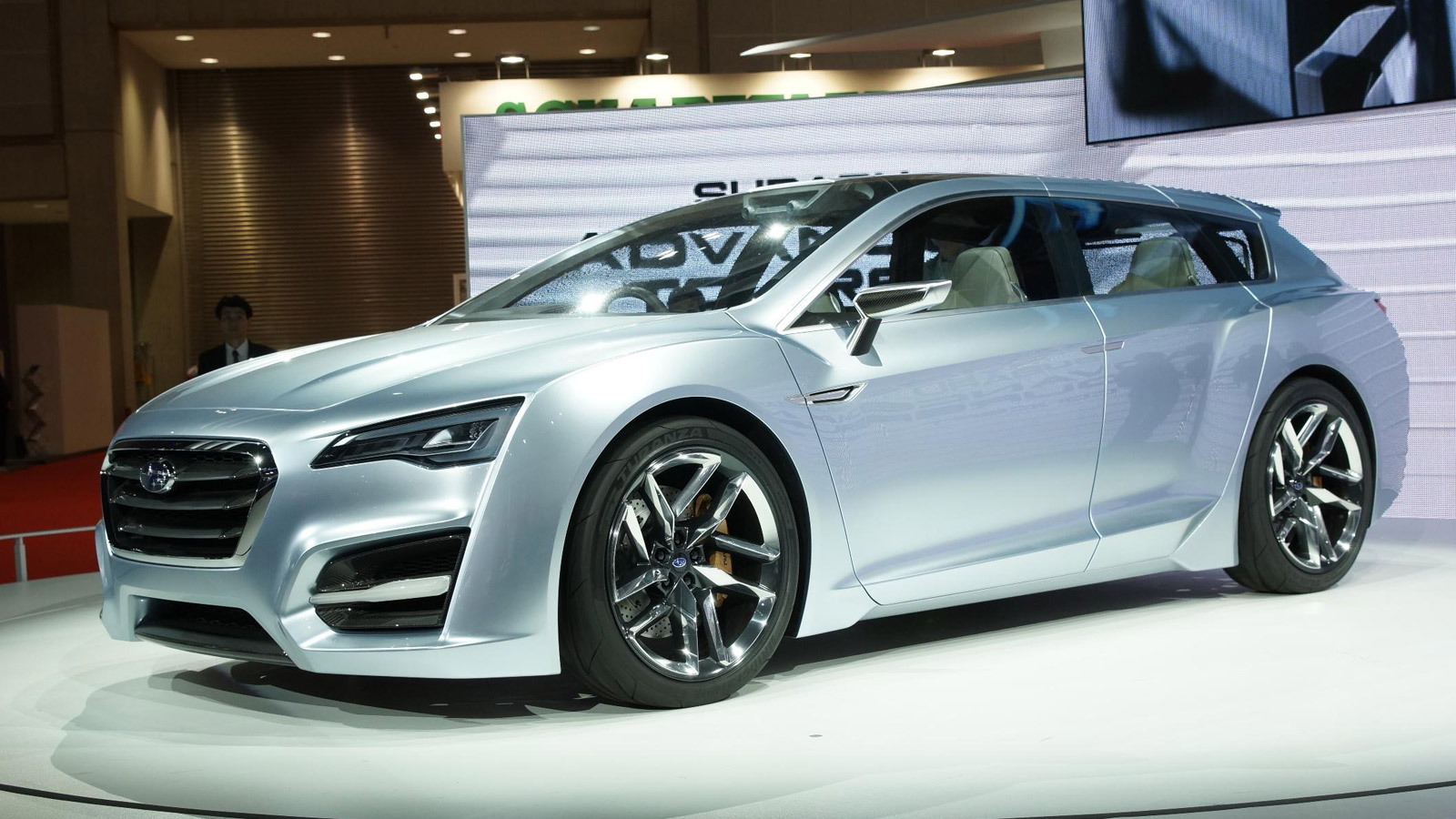 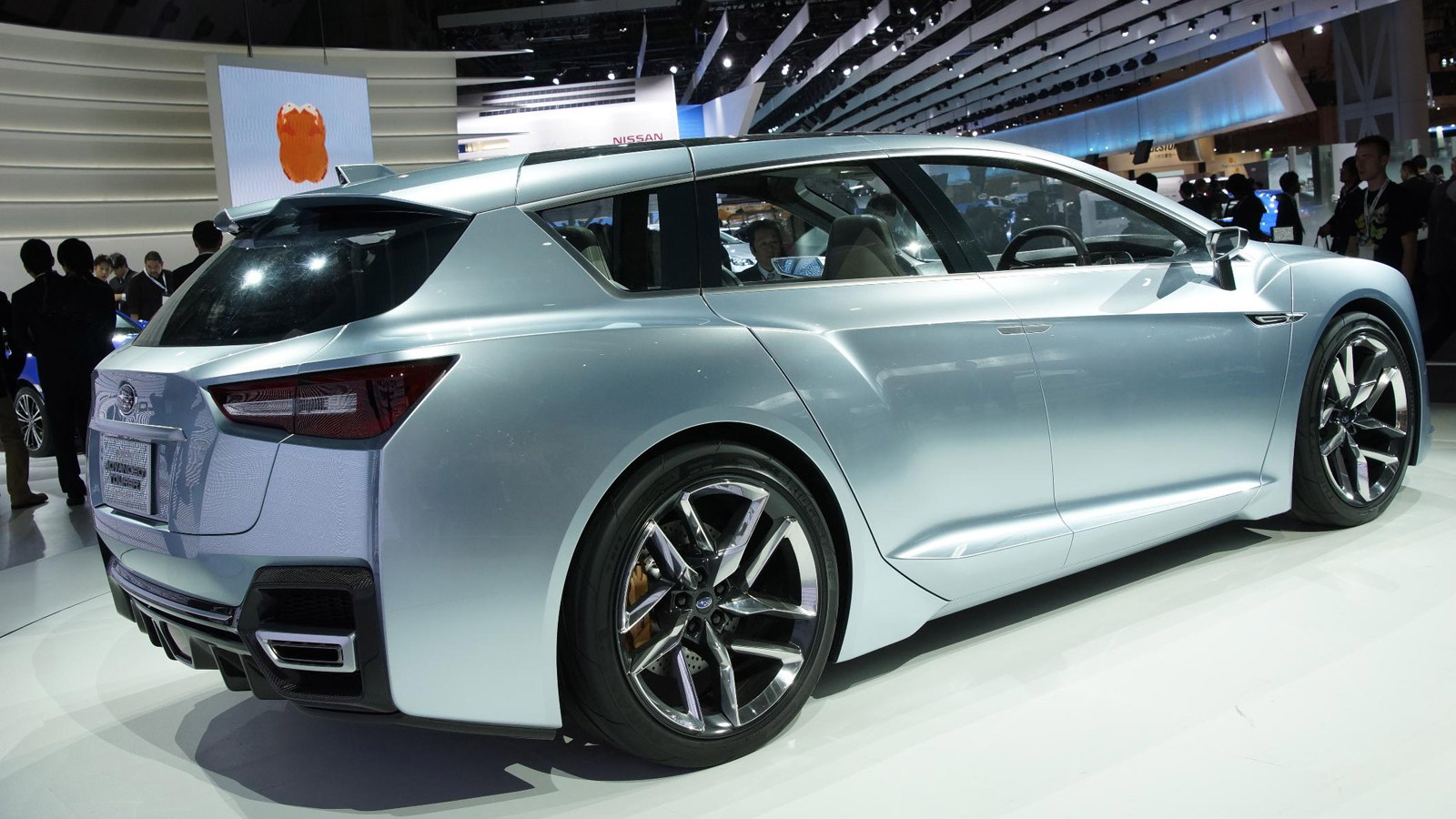 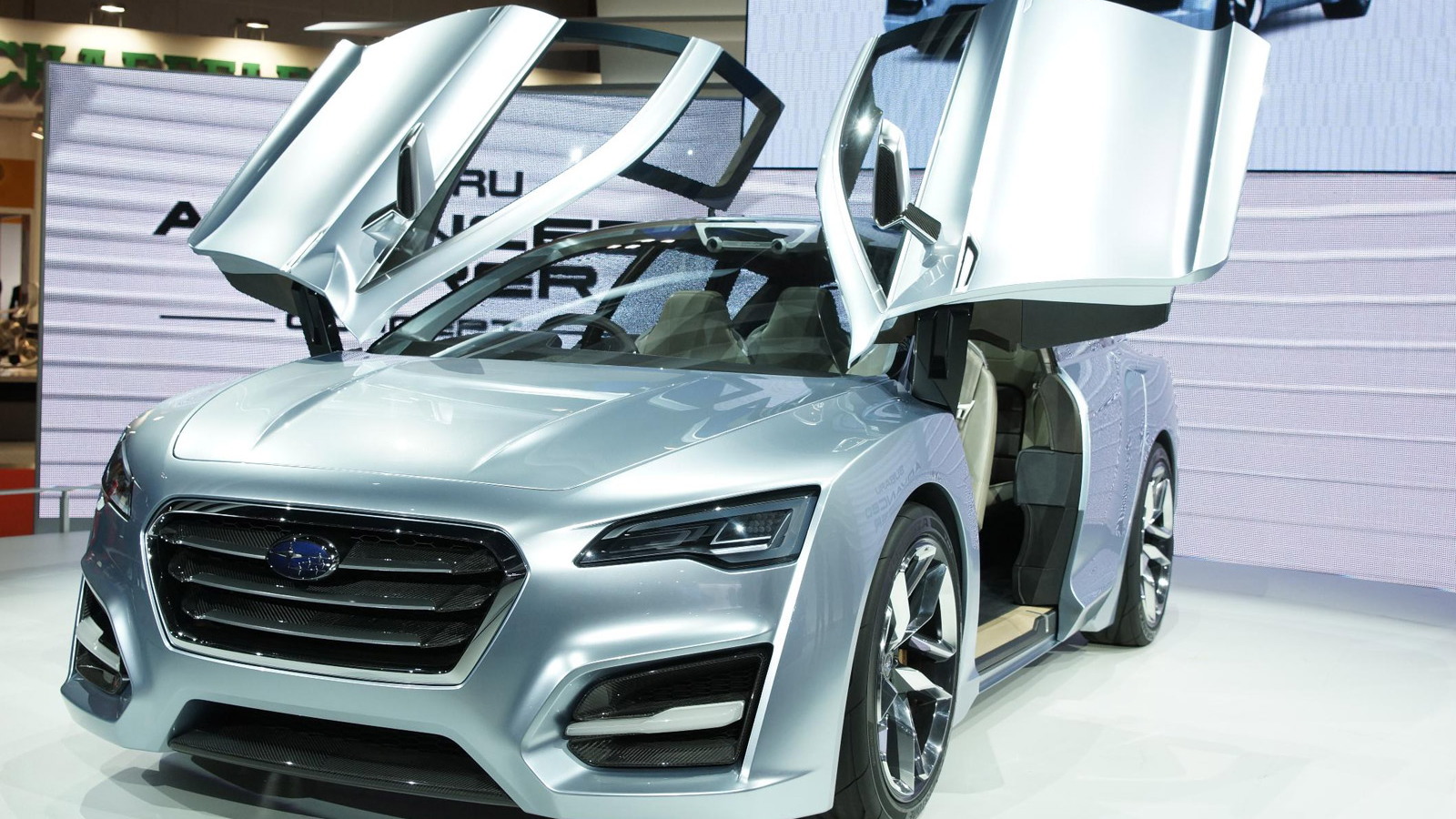 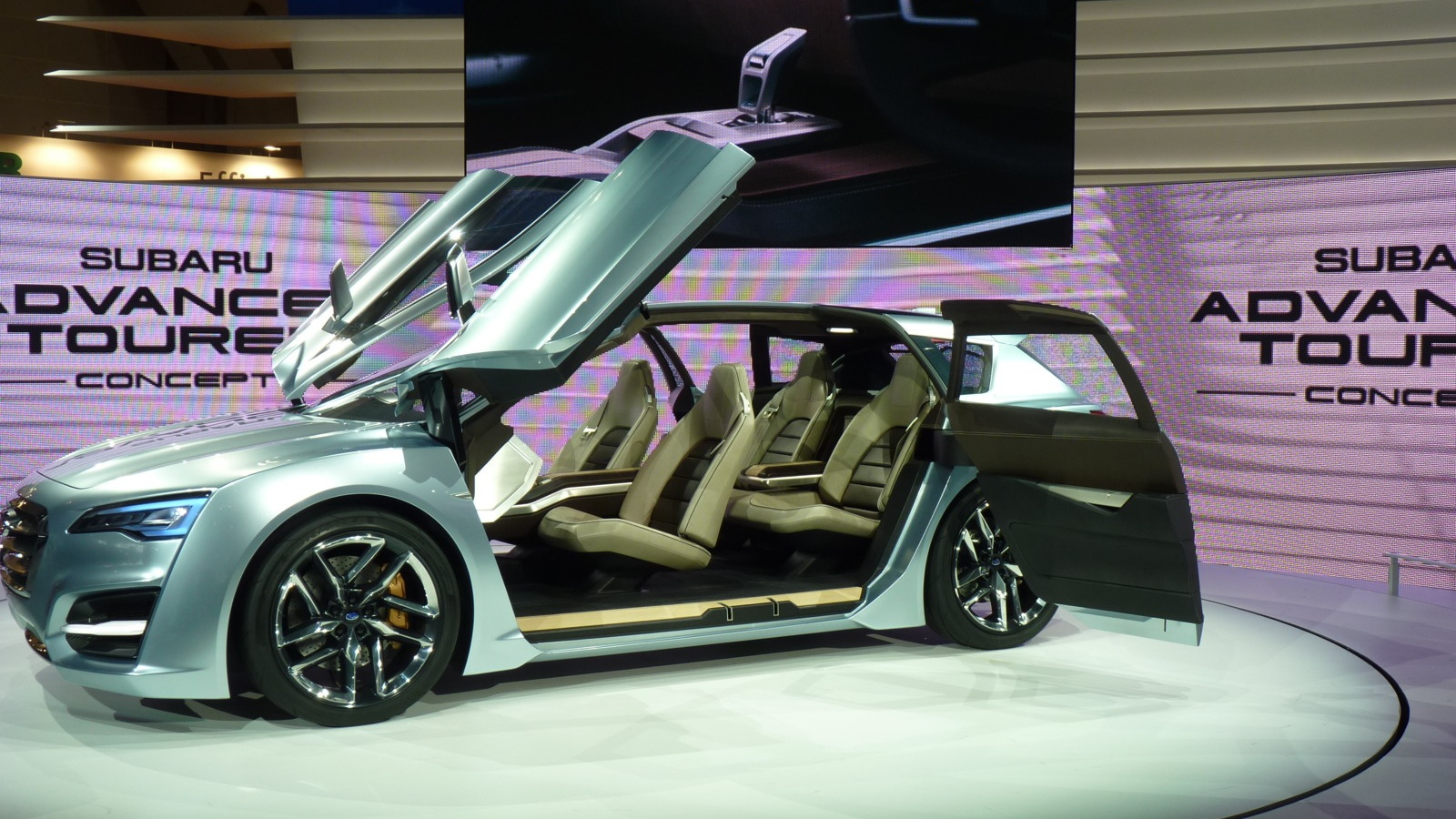 21
photos
When Subaru rolled out its Advanced Tourer Concept at the 2011 Tokyo Motor Show last December, most immediately identified the vehicle as being a preview of the next-generation Legacy and Outback.

Subaru didn’t say much about the concept, stating only that it was a mid-size wagon designed to combine sporty driving, utility, and environmentally friendliness.

It featured a turbocharged and direct-injected ‘boxer’ engine displacing just 1.6-liters and matched to Subaru’s own Hybrid Electric Vehicle (HEV) technology, and perhaps most interestingly it came with scissor doors.

So far the Advanced Tourer Concept is still looking like a preview of a future Legacy or Outback model, but according to Motor Trend it hints at the next-generation Subaru WRX, which as we’ve reported in the past is set to be radically different to any of its predecessors in order to distance itself from the Impreza range.

According to insider information, the headlight, grille and intake designs shown on the Advanced Tourer Concept will feature on the new WRX. The larger body of the concept is expected to carry over too, though will gain some pumped fenders for a more aggressive look. Importantly, both a sedan and a hatchback are likely to return.

The move towards a larger body is part of Subaru’s plan to evolve the WRX into a more mature grand-tourer, however, it will still remain a hardcore street racer with stiffened suspension, a manual transmission and a powerful engine under the hood.

Subaru is yet to determine which engine to use for its new WRX, though a turbocharged version of the automaker’s latest FA 2.0-liter engine is most likely. Other options being considered are a smaller 1.6-liter unit, a 1.6-liter hybrid setup similar to the drivetrain shown in the Advanced Tourer Concept and even an engine with an electrically-powered turbocharger. Peak output should be around the 320-horsepower mark.

Unfortunately, all these changes to the original WRX formula means we’re unlikely to see the new car until 2015 at the earliest.