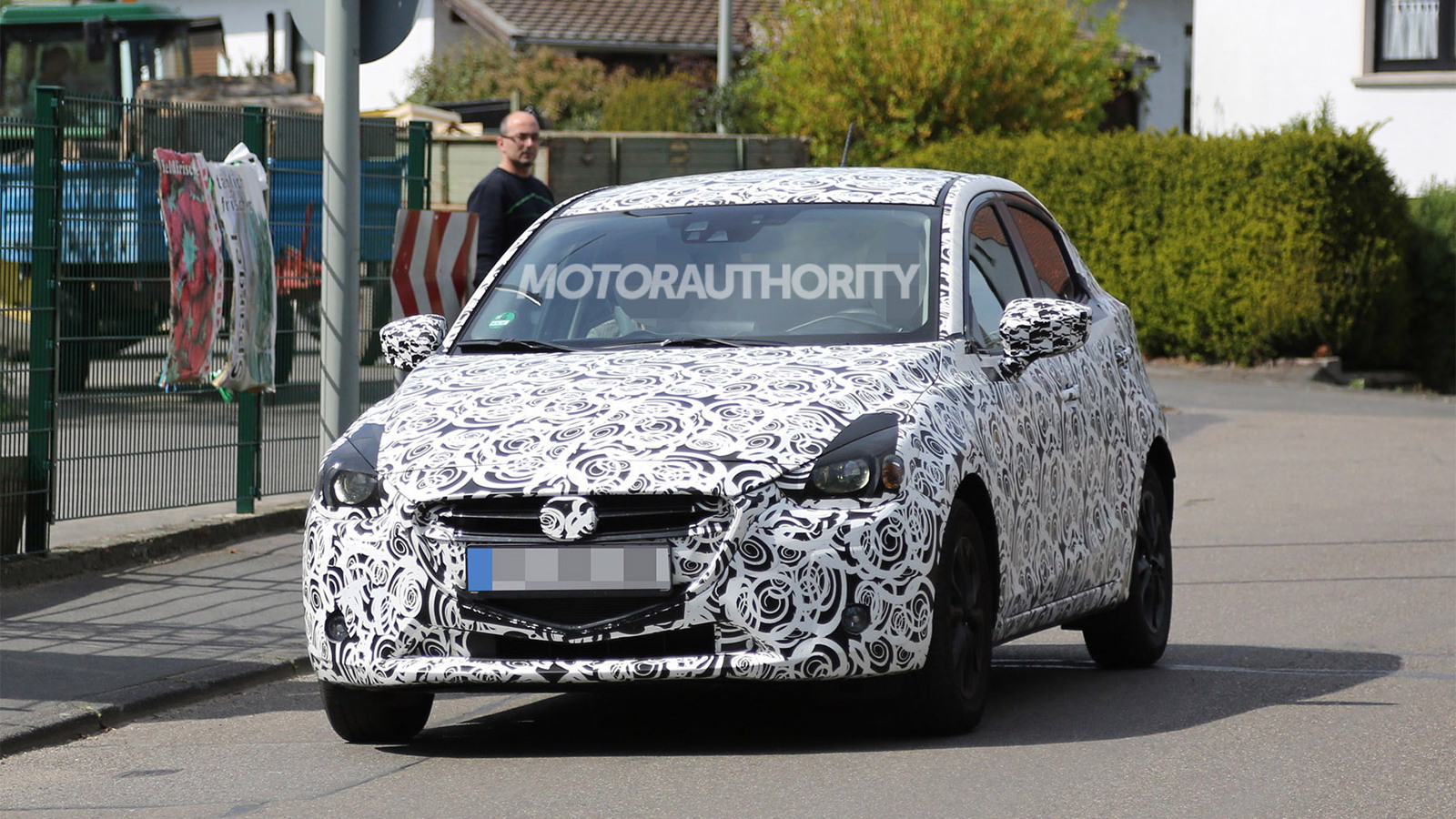 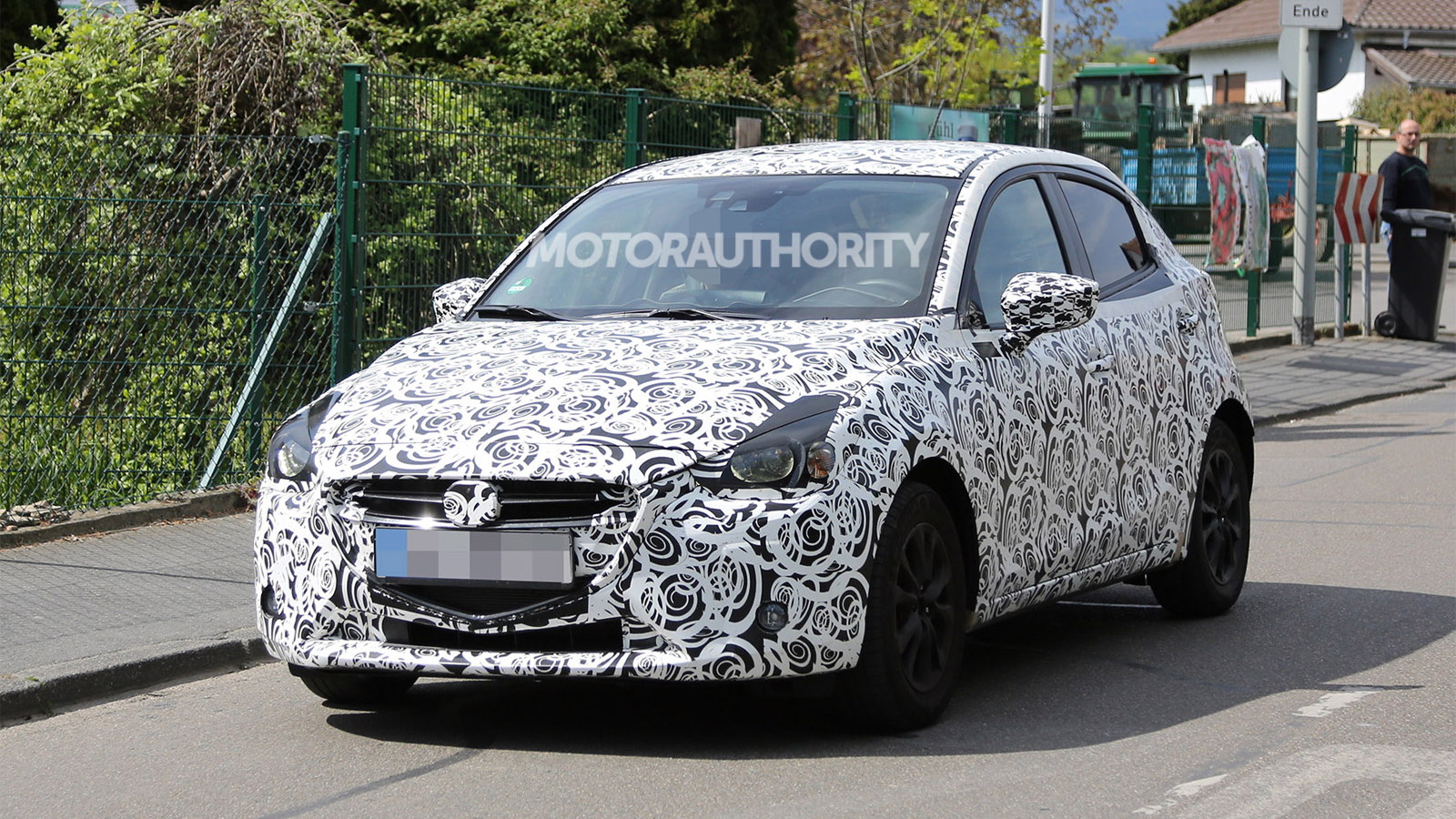 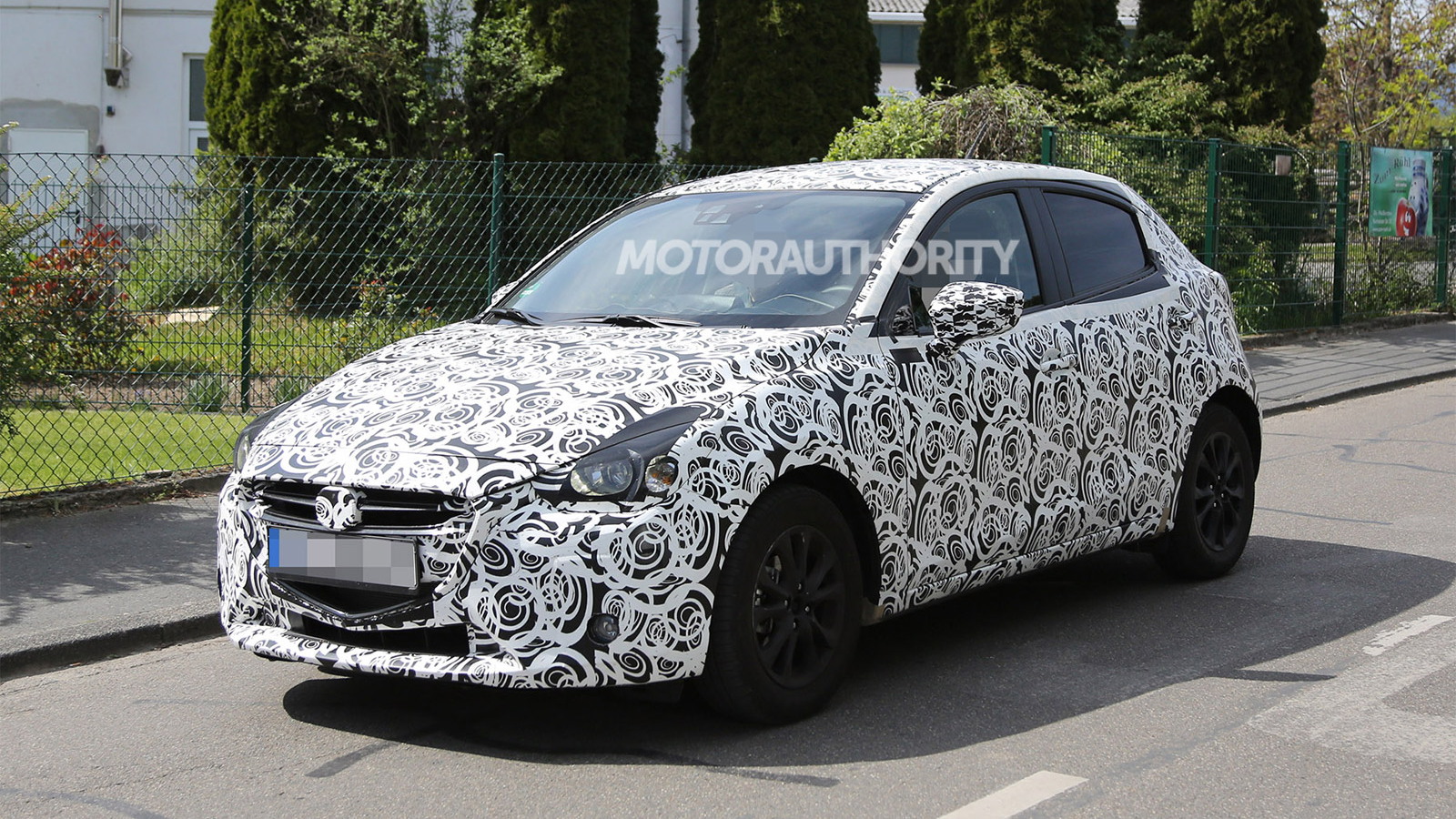 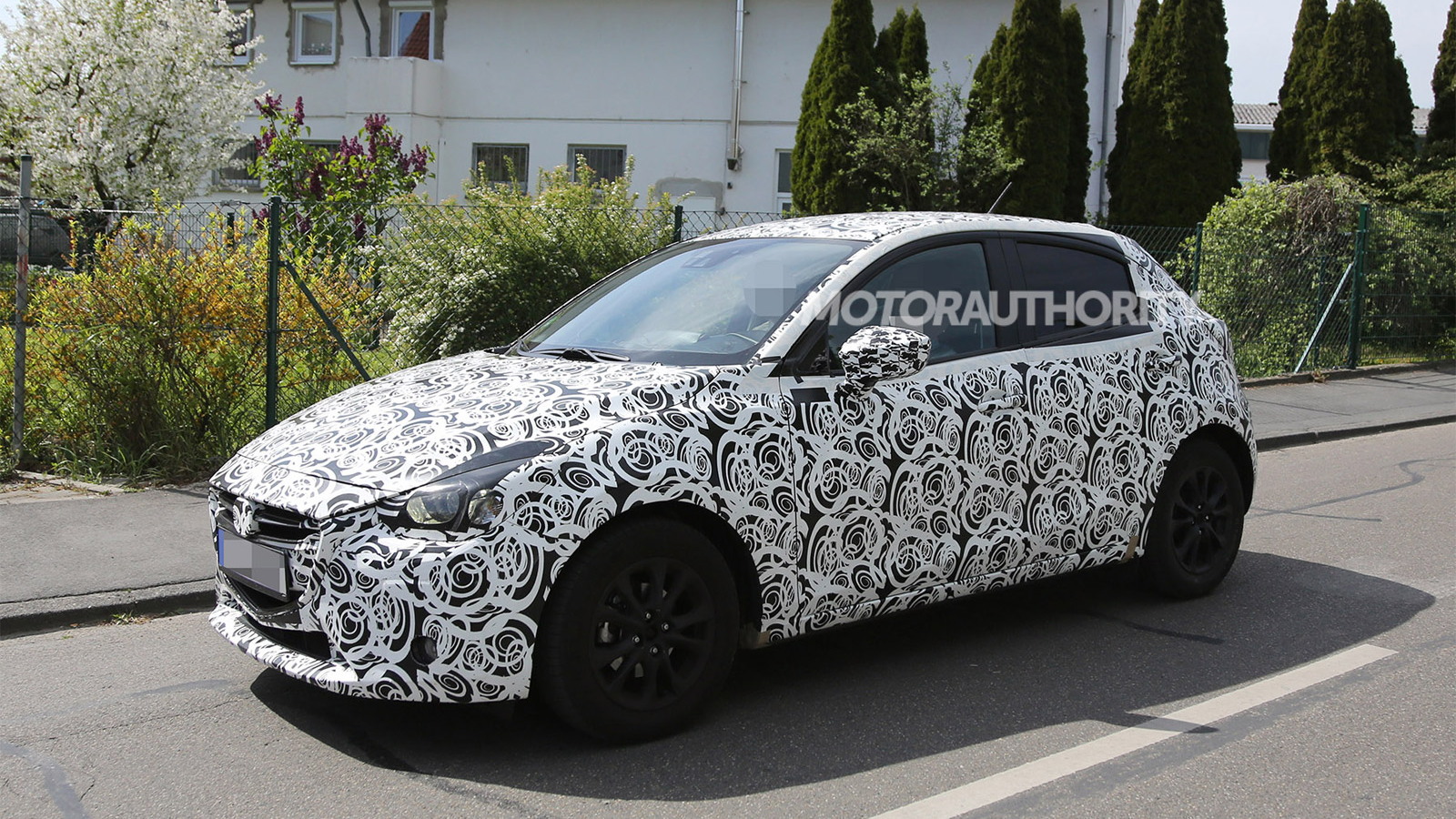 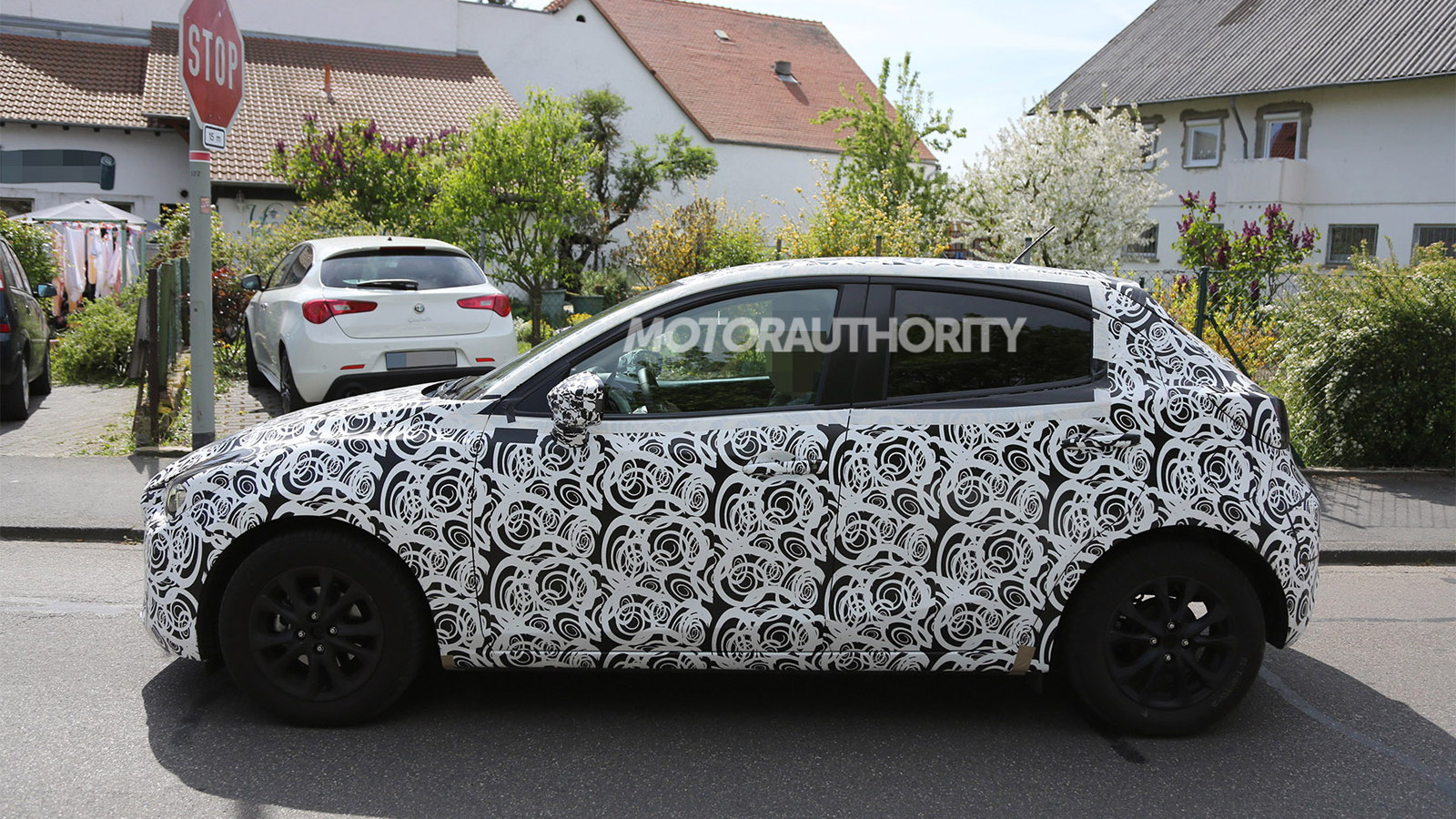 11
photos
It was only at last month’s 2014 Geneva Motor Show that Mazda rolled out its next-gen Mazda 2-previewing Hazumi concept car, and now we have the first spy shots of a prototype for the new subcompact. The prototype was spotted in central Europe and is in the final stages of development, as evidenced by its production-spec grille, lights and interior.

As the spy shots confirm, the new Mazda 2 will be almost identical to the rather striking Hazumi concept, save for a few details such as the conventional side mirrors, exhaust tips and bumpers. Smaller, 16-inch alloys will also be fitted to the new Mazda 2, as opposed to the massive 20-inch set found on the concept.

Mazda said the Hazumi concept benefitted from the automaker’s full suite of SkyActiv technologies, including a light, stiff body and fuel-efficient engines. It’s safe to assume that the new Mazda 2 will as well.

One of the SkyActiv engines will be a 1.5-liter diesel unit, though we’re unlikely to see this option in the U.S. market. Instead, we should get a 1.5-liter gasoline unit. This engine is already offered in the Mazda 3 overseas, producing 99 horsepower and 111 pound-feet of torque. A six-speed automatic should be standard, and to help save fuel the car may also feature Mazda’s i-stop engine stop-start system and i-ELOOP mild hybrid tech.

Inside, look for a clean, uncluttered look for the dash. The car should also be available with Mazda’s latest MZD Connect infotainment system and intelligent safety systems such as i-ACTIVSENSE.

The new Mazda 2 is expected to be revealed at the 2014 Paris Auto Show in October but a U.S. launch isn’t expected until next summer. This means we’re likely to see the car arrive as a 2016 model.