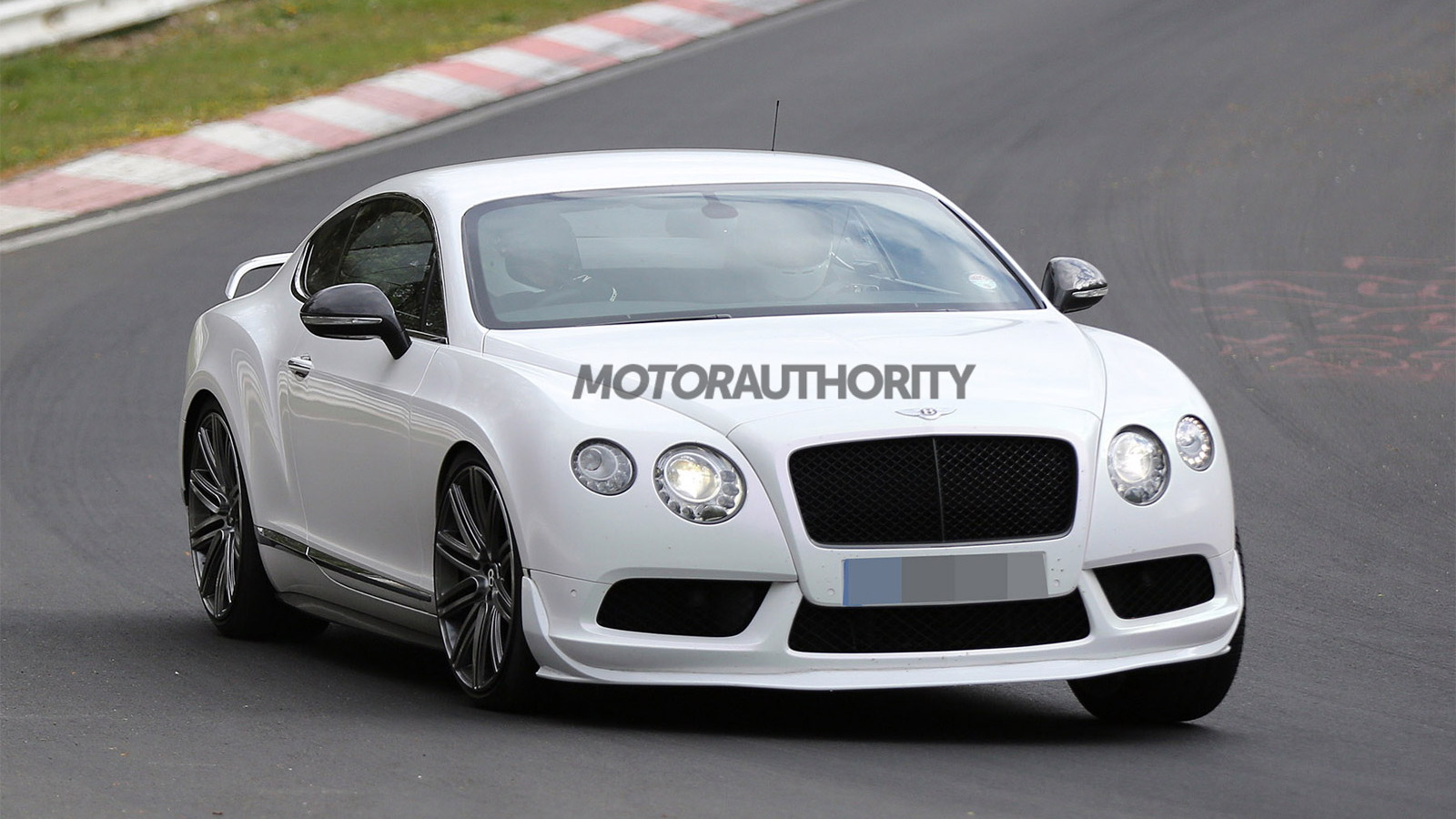 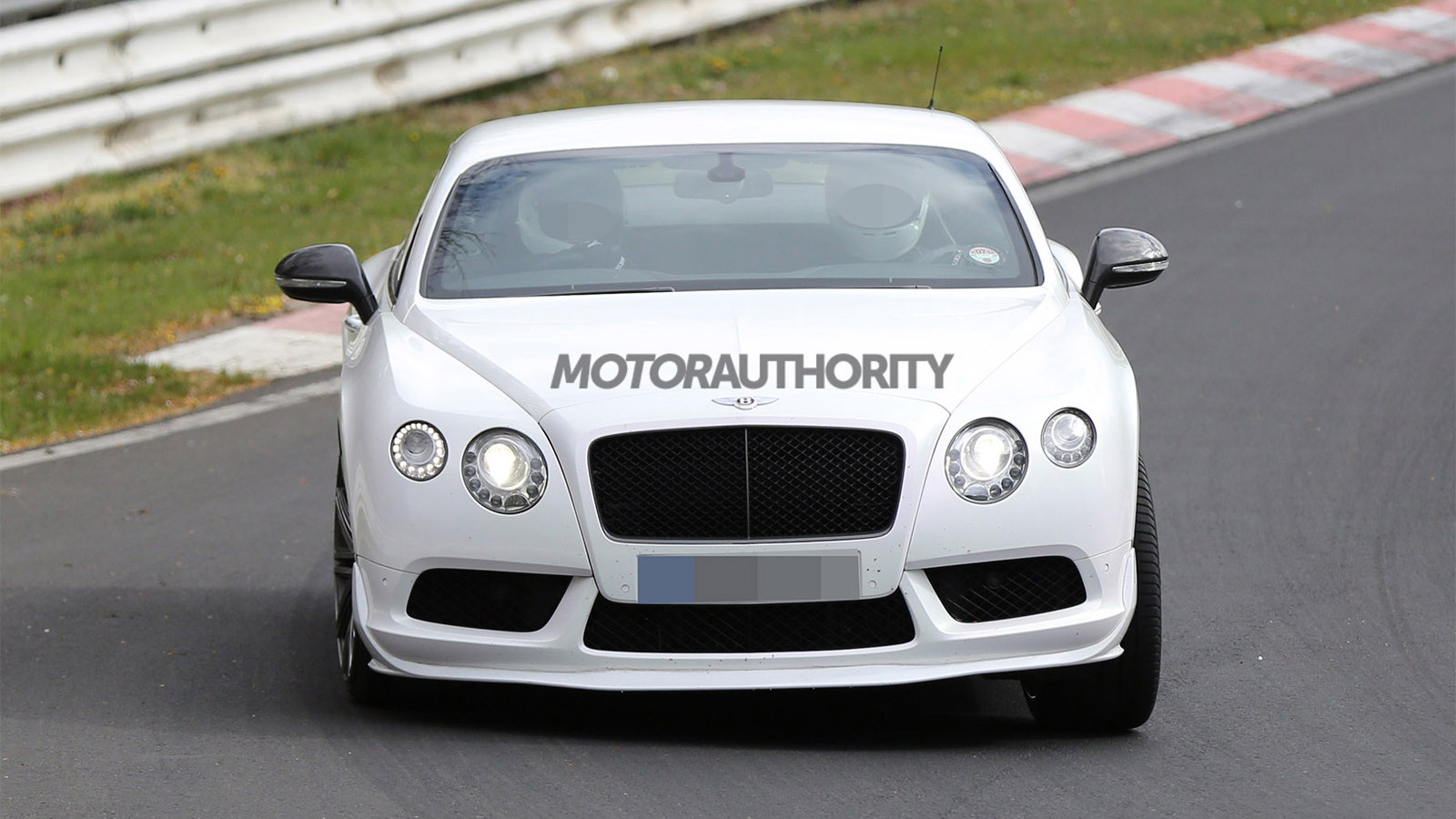 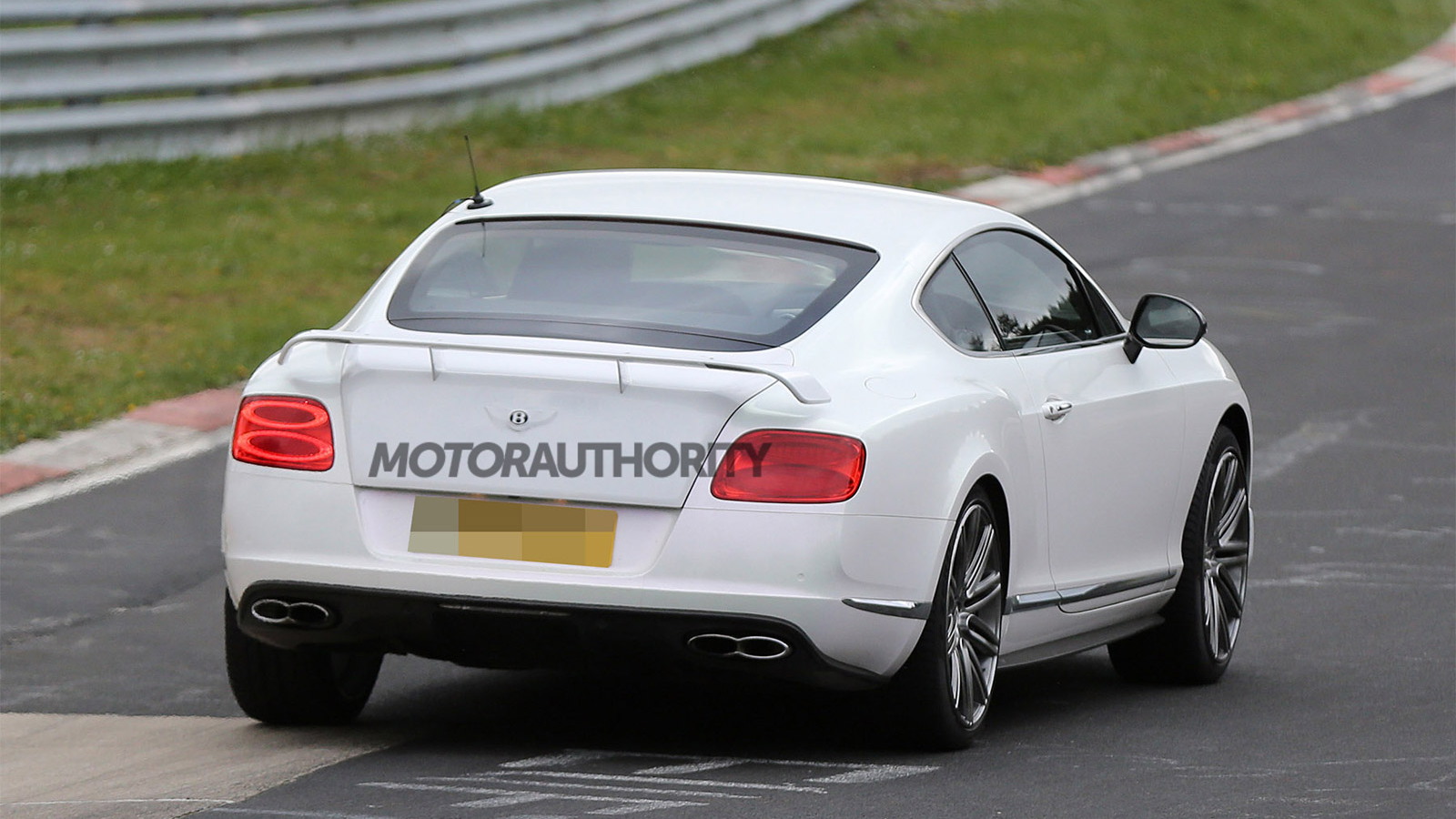 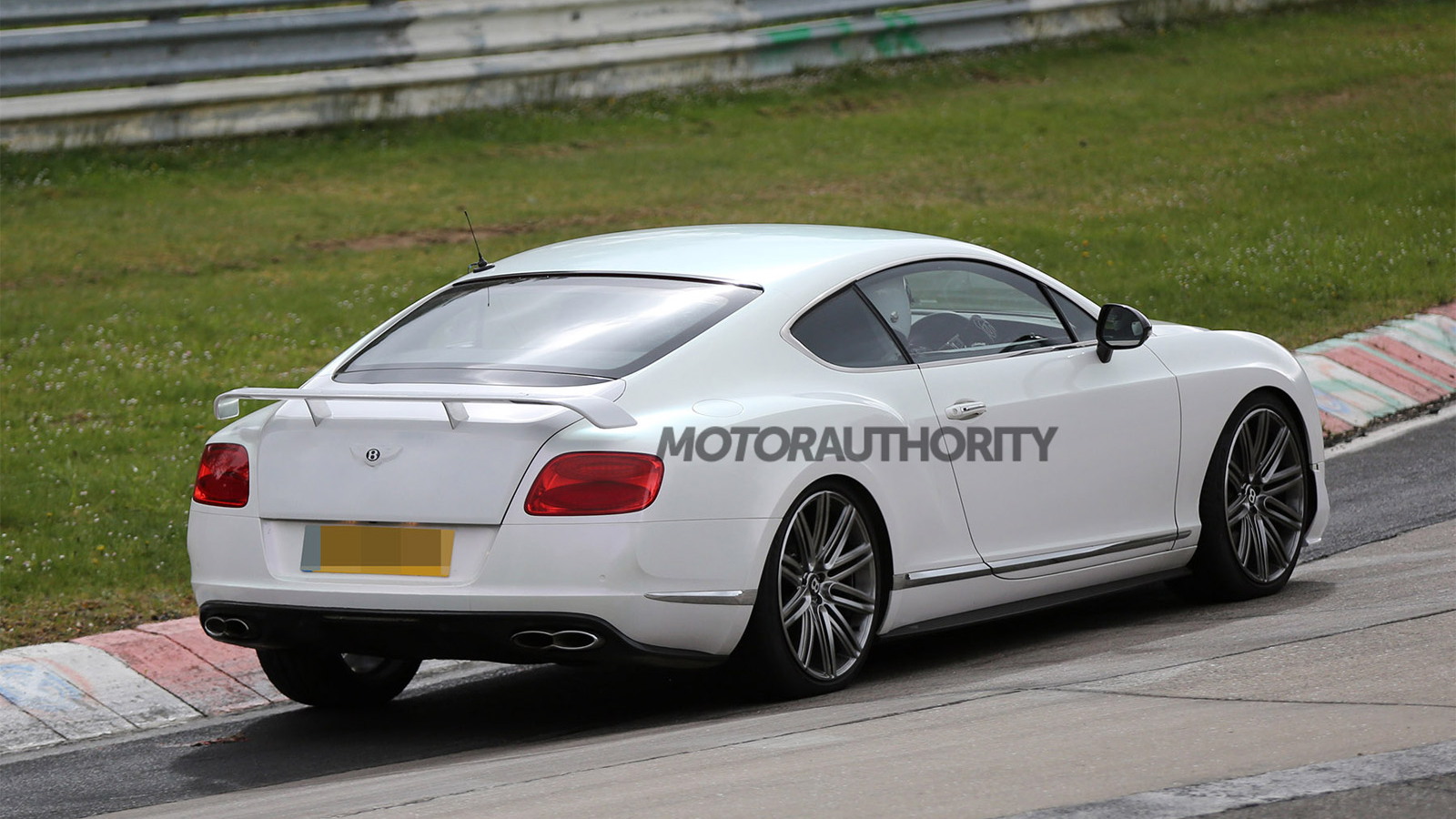 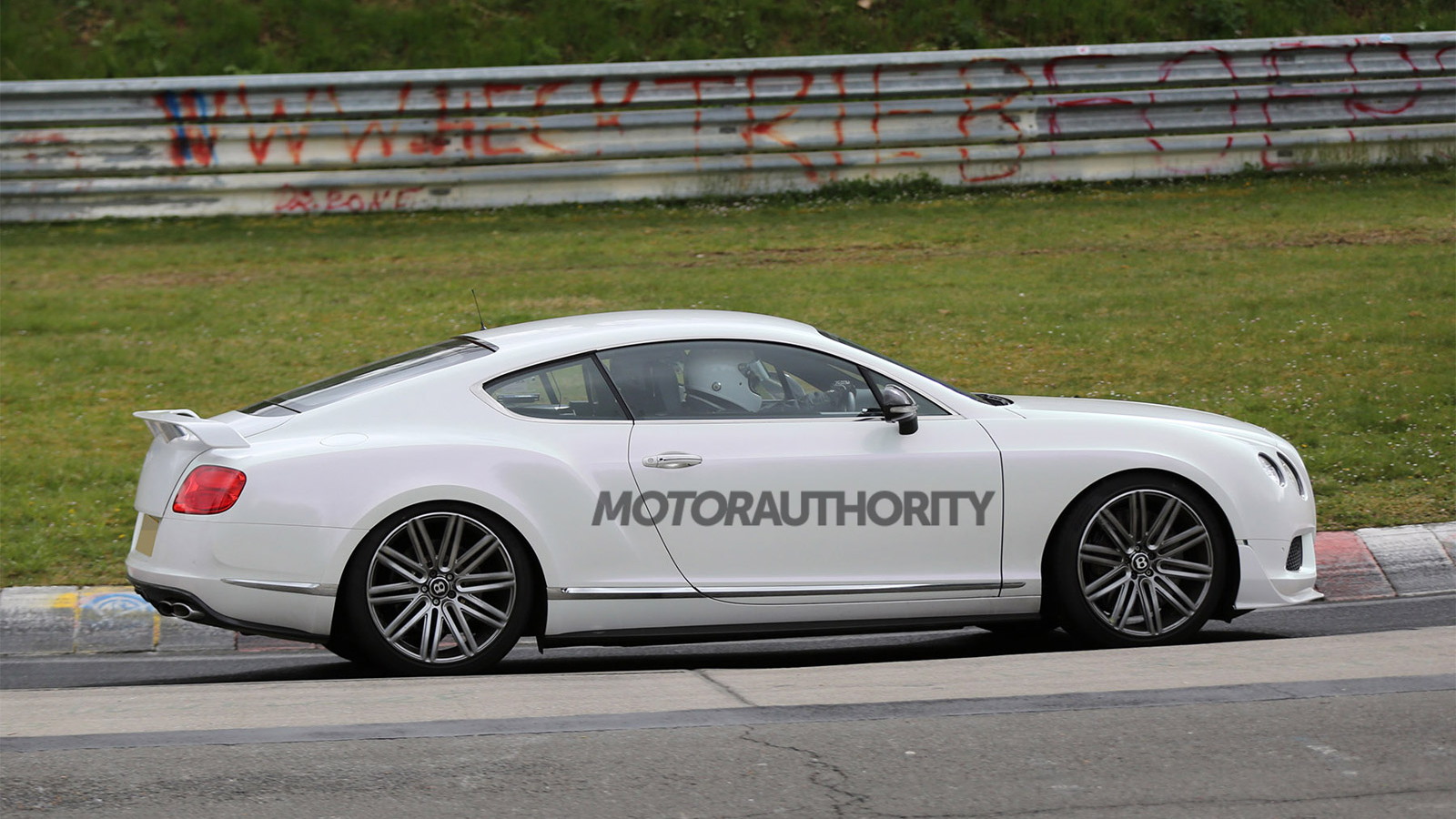 12
photos
Bentley’s motorsport comeback is off to a good start, with its two Continental GT3 race cars finishing in seventh and eighth spots respectively at the opening round of the 2014 Blancpain Endurance Series last weekend. But what about rumors of a road-going version of the Continental GT3?

Well, we could be looking at the first photos of a prototype for just such a car. Spotted on Germany’s Nürburgring recently was this mysterious Continental GT V8, which features a number of enhancements that lead us to think Bentley is working on a hardcore version of its V-8-powered coupe inspired by the racing version.

The figure-eight exhaust tips confirm there’s a V-8 under the hood and not a W-12. The V-8 is the lighter engine, making cars fitted with it sportier and more agile. The prototype also features a new front splitter, lowered suspension and a huge rear wing. There are also some new carbon fiber parts, which our photographer tells us has been masked in white camo. The side mirror housing has been left bare, however, revealing their new carbon finish.

Bentley already has the sporty Continental GT V8 S, but a model closer in spirit to its Continental GT3 race car could enable more of the motorsport magic to be transferred to the road car division. This means we could see output in the car dialed up to 600 horsepower to match the potency of the engine in the Continental GT3. Extensive weight-saving mods would also likely be employed, as suggested by the carbon fiber components.

A debut isn’t likely to take place until sometime next year, if at all. We’ll update the story as soon more details emerge.