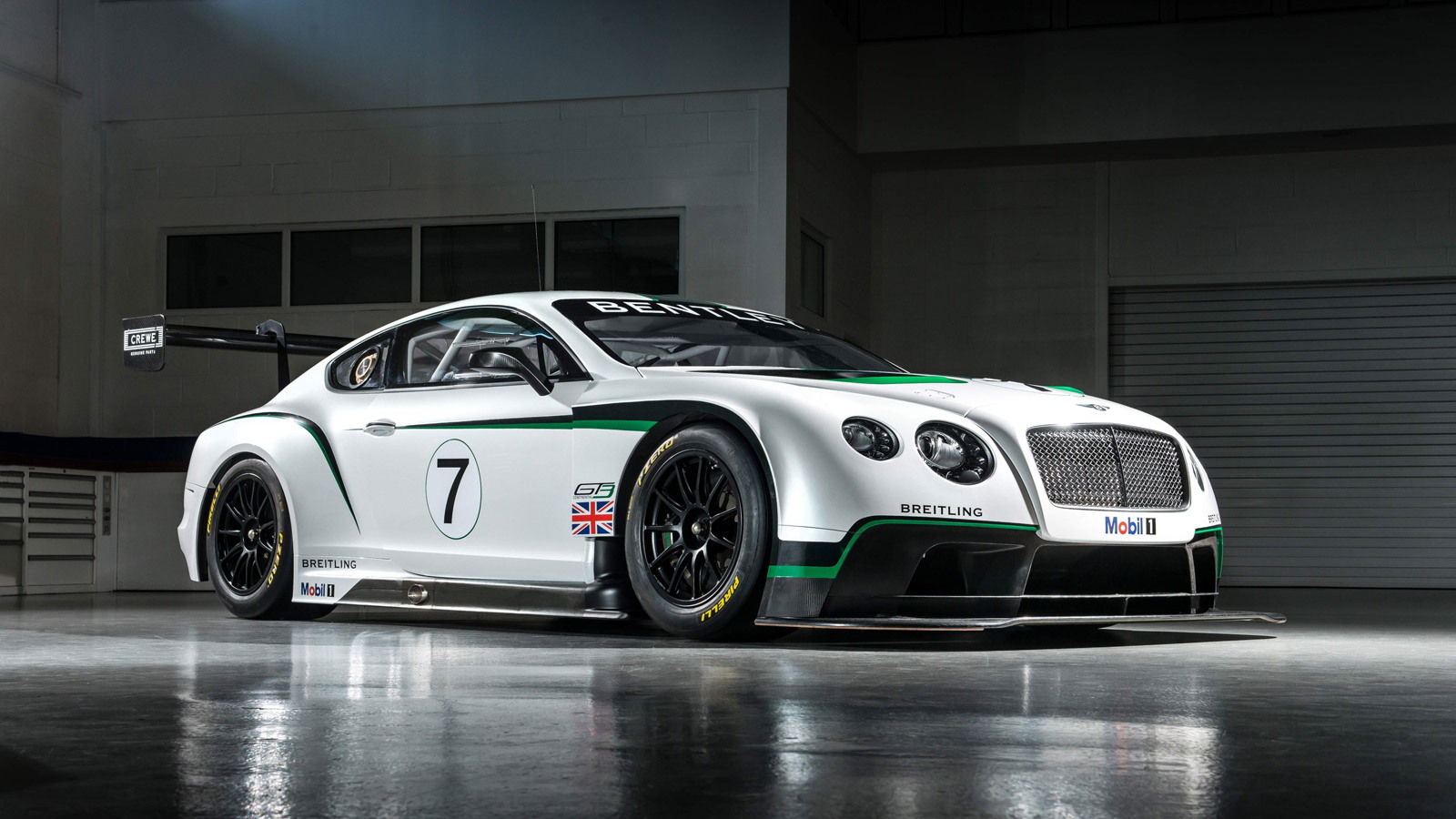 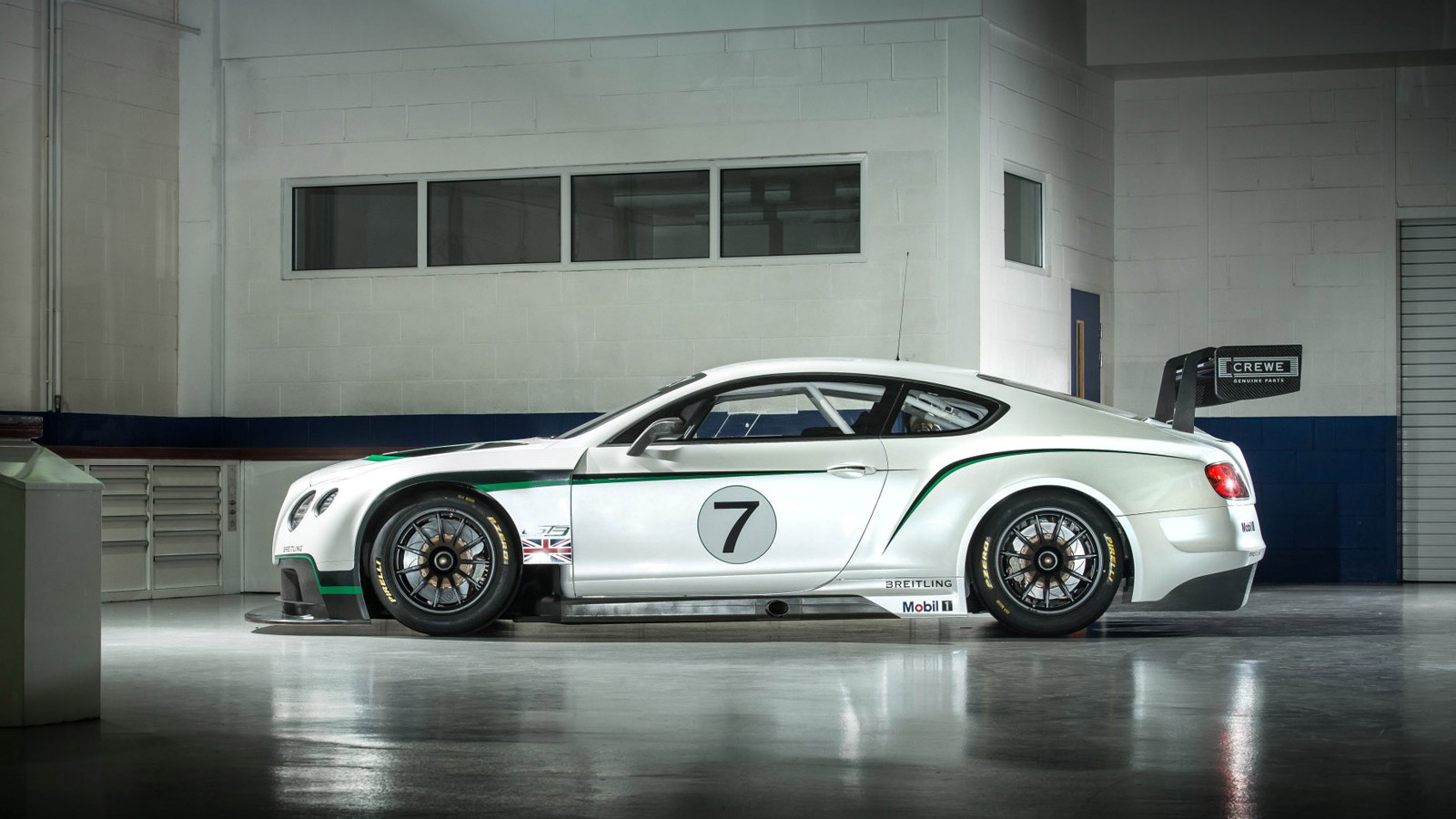 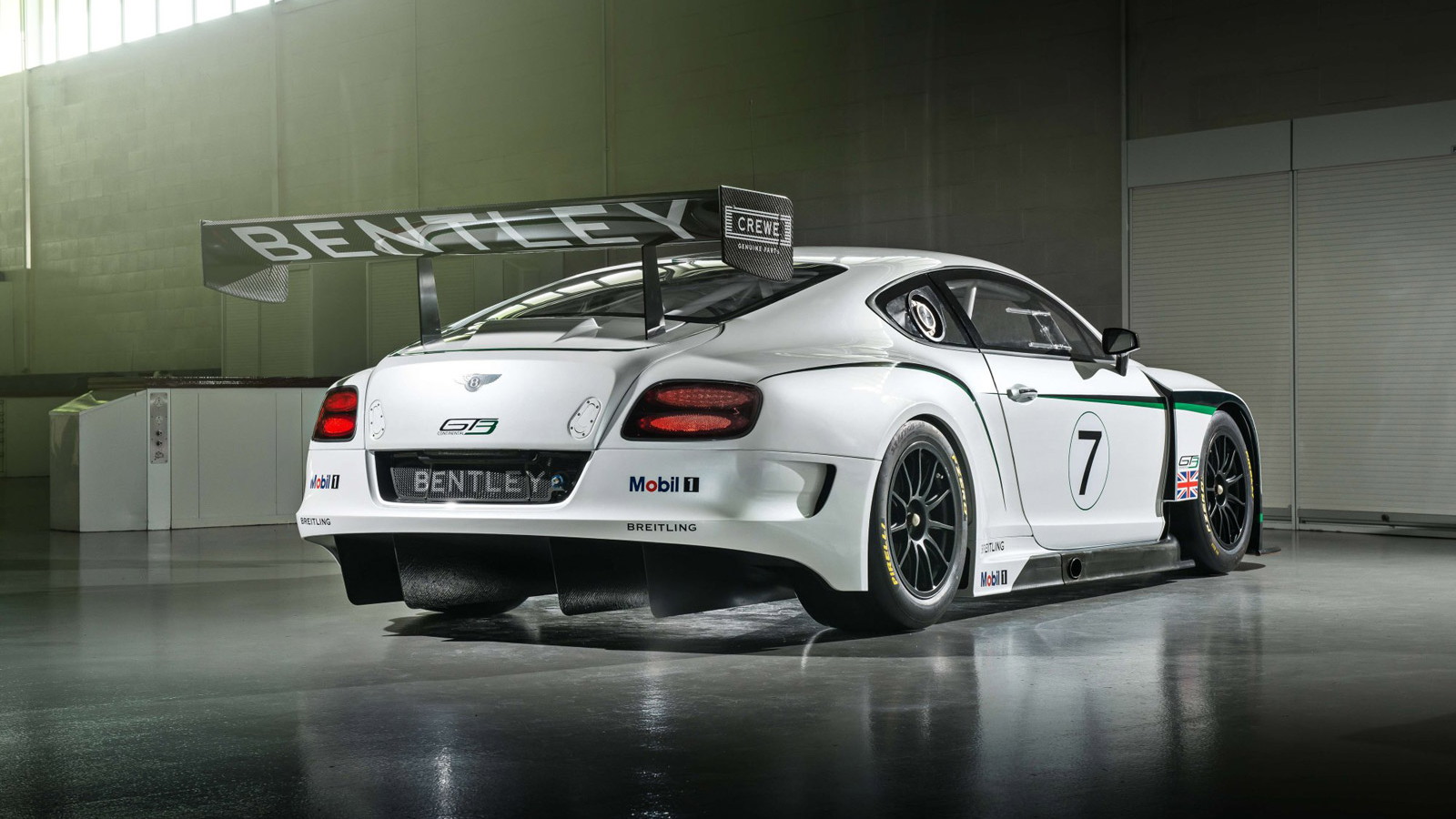 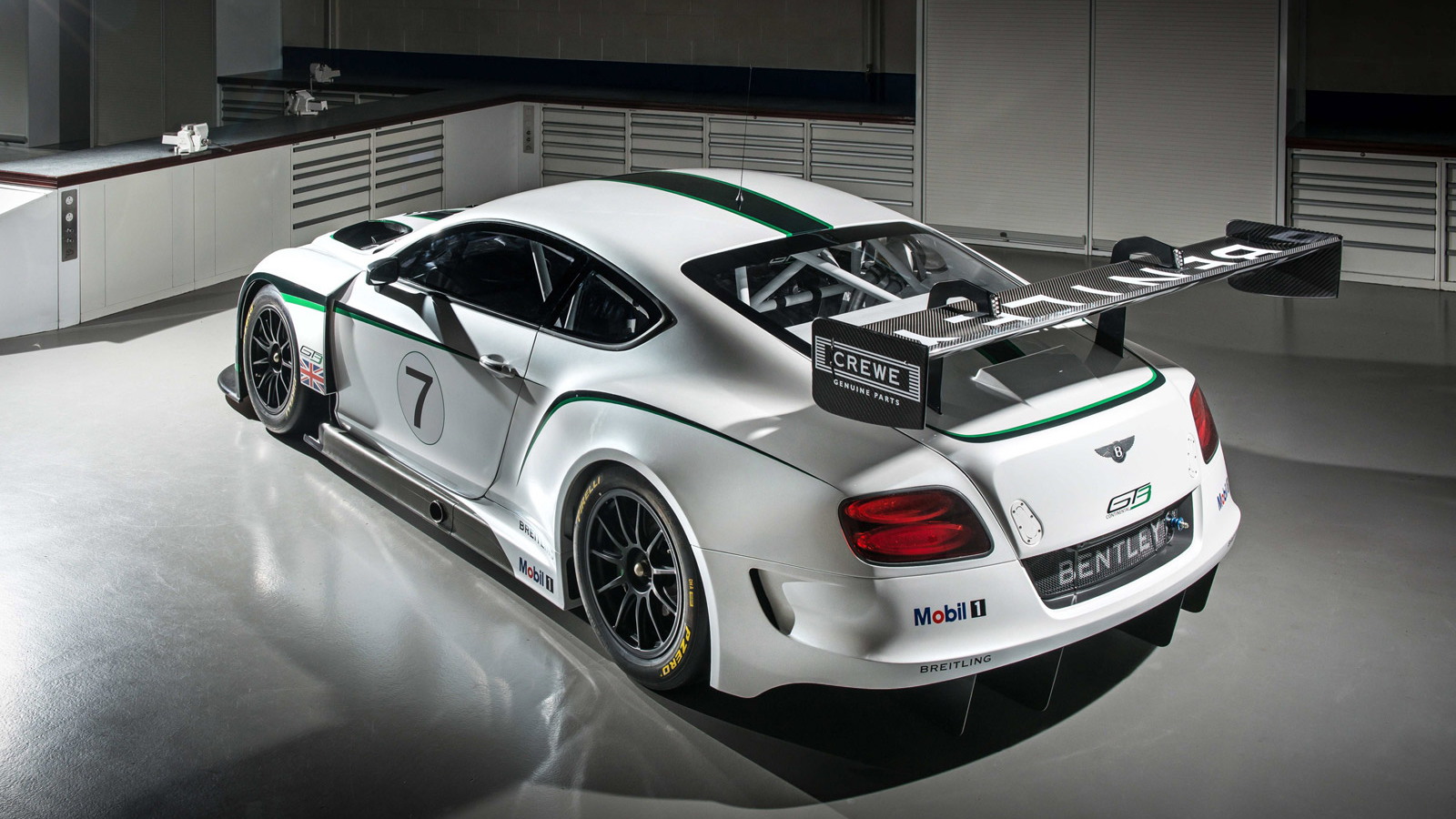 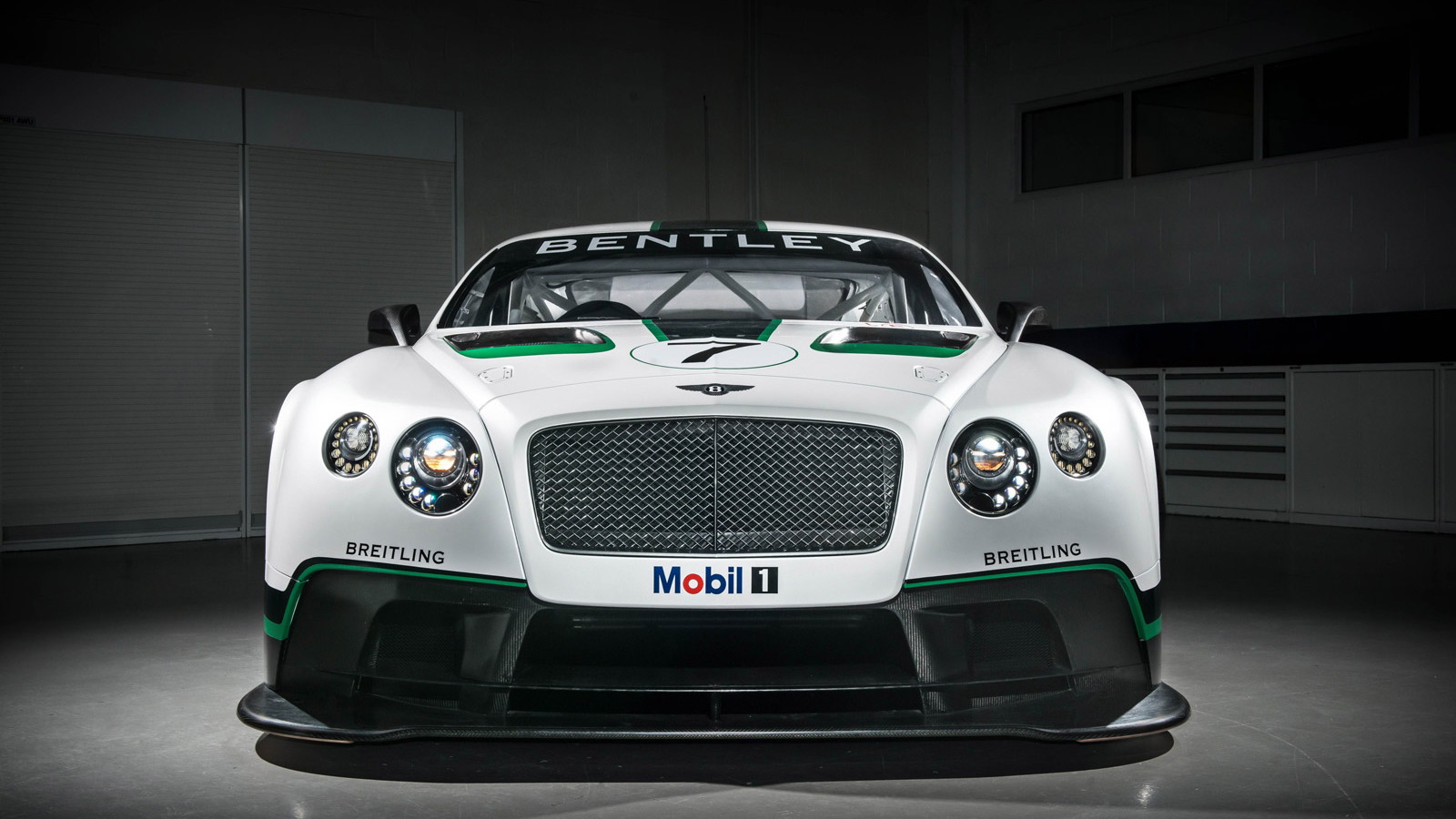 15
photos
Bentley’s new Continental GT-based race car made its official world debut today at the 2013 Goodwood Festival of Speed, where the big bruiser also made a dramatic run up the event’s famous hill climb. The new race car follows on from an original concept version unveiled at the 2012 Paris Auto Show and has been designed for GT3 competition.

We can see that it has a much more aggressive design than the original concept, with a new air dam and splitter extending even further forward and a massive rear wing now mounted to the trunk lid instead of the rear of the car.

To sum it all up, Bentley’s motorsport engineers have removed over 2,200 pounds of weight, reconfigured the Continental GT V8’s 4.0-liter V-8 engine to produce 600 horsepower, and developed a comprehensive aerodynamic package to ensure the car performs adequately on the track.

The car was developed with motorsports and engineering firm M-Sport, which has a successful history in the world of rallying, including two Manufacturers’ titles in the World Rally Championship. And leading the project is Graham Humphrys, one of the men responsible for Bentley's overall victory at Le Mans in 2003. He is serving as Bentley’s motorsport director.

Incidentally, the 2003 Le Mans-winning Bentley Speed 8 is also present at the 2013 Goodwood Festival of Speed this week.

As for the Continental GT3, it will start testing later this year before entering the world of endurance racing in the FIA Blancpain Series in 2014. The competitive series was established in 2011 and currently enjoys five races taking place in Europe. Rival GT3 contenders will include the likes of the McLaren 12C GT3, Mercedes-Benz SLS AMG GT3 and the new Lamborghini Gallardo GT3.

Modifications to Continental GT platform are extensive. Starting with the engine, Bentley decided on its smaller twin-turbocharged 4.0-liter due to its more compact package and lighter weight. Thanks to a new ECU and some reinforced components, the engine now delivers 600 horsepower, 100 horses more than the production unit.

Power is transmitted to the rear wheels via a carbon fiber driveshaft and an Xtrac six-speed sequential gearbox with a limited slip differential which is mounted as a transaxle for optimized weight distribution. Bentley engineers have achieved a near ideal 52:48 front-to-rear weight distribution and an overall curb weight of just 2,866 pounds.

The suspension consists of double wishbones front and rear, to which four-way adjustable racing dampers are fitted. The steering system features hydraulic power-assistance, while braking is via ventilated iron discs combined with six-piston calipers on the front and four-piston calipers on the rear. OZ Racing wheels measuring 18 inches across have also been fitted.

The aerodynamic package consists of a front splitter, rear wing, vented body panels and sporty side sills. These are all made of carbon fiber to maximize weight savings. Bentley says drag has been reduced dramatically while downforce and cooling of the engines and brakes also improved.

Inside, all the luxury typically found in the Continental GT has been stripped and whatever was left was replaced with lighter units. A full roll cage and Sparco racing seat were installed, along with door pulls and an onboard fire extinguisher.

For our complete coverage of the Goodwood Festival of Speed, head to our dedicated show hub.