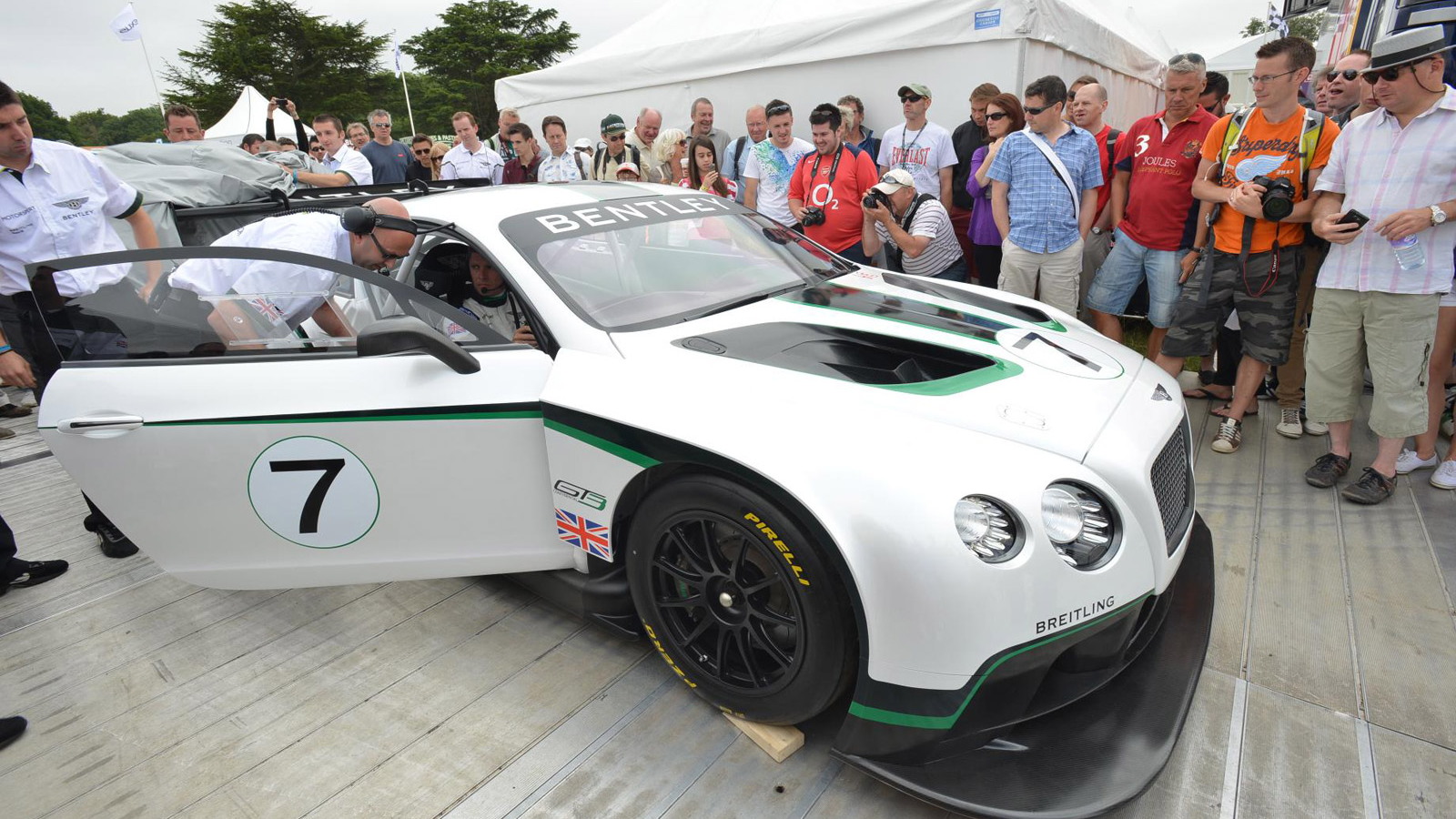 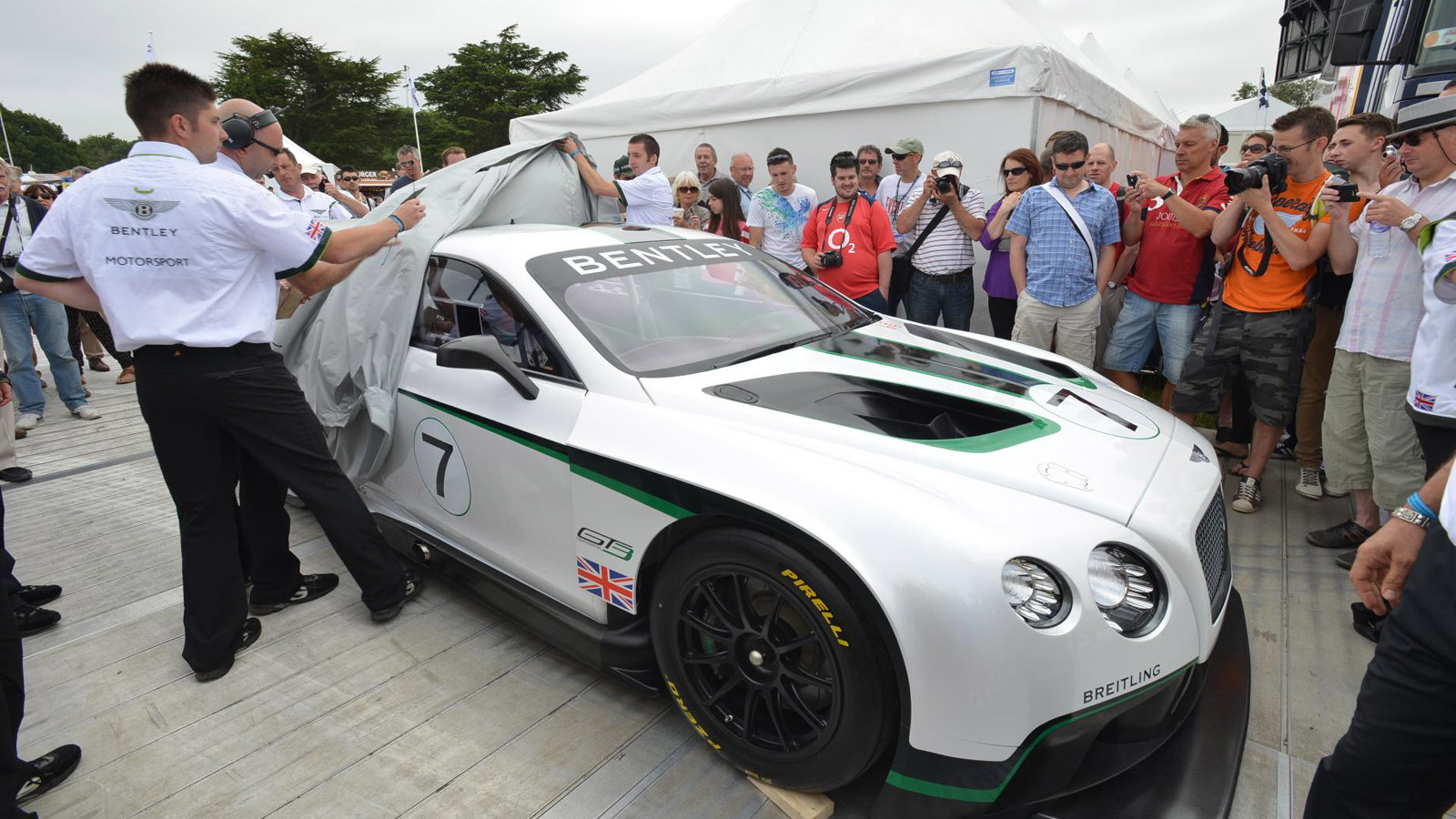 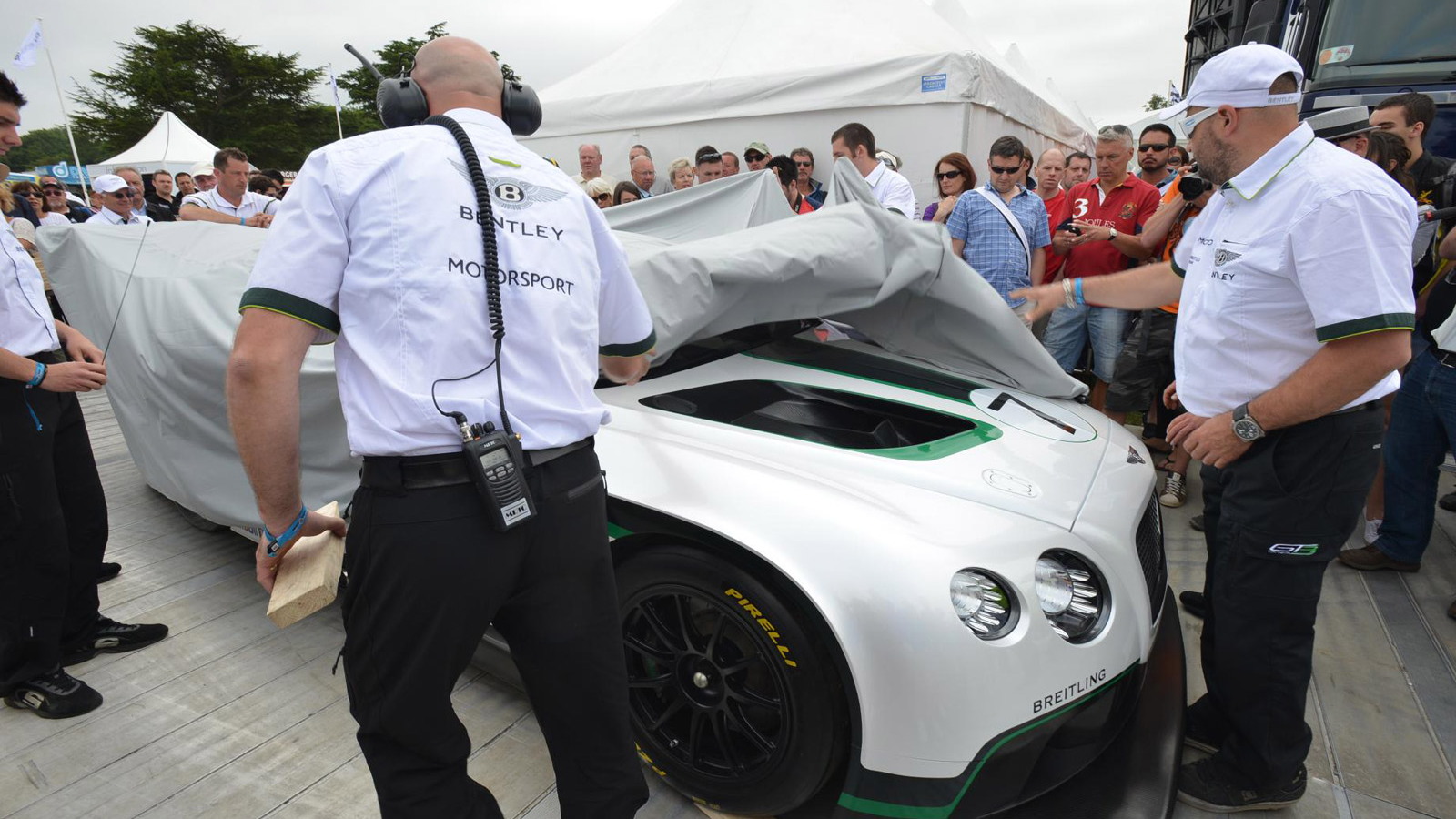 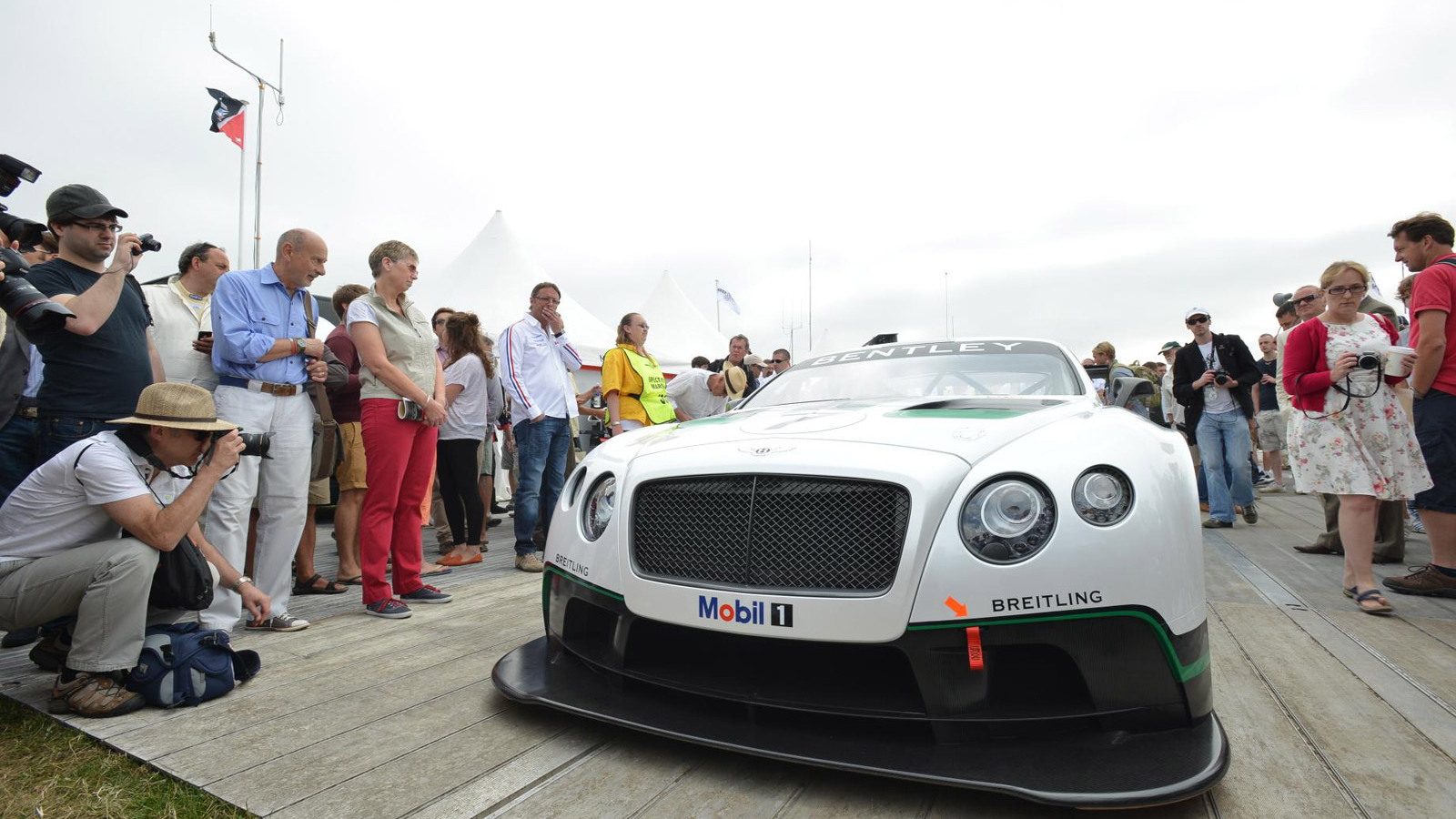 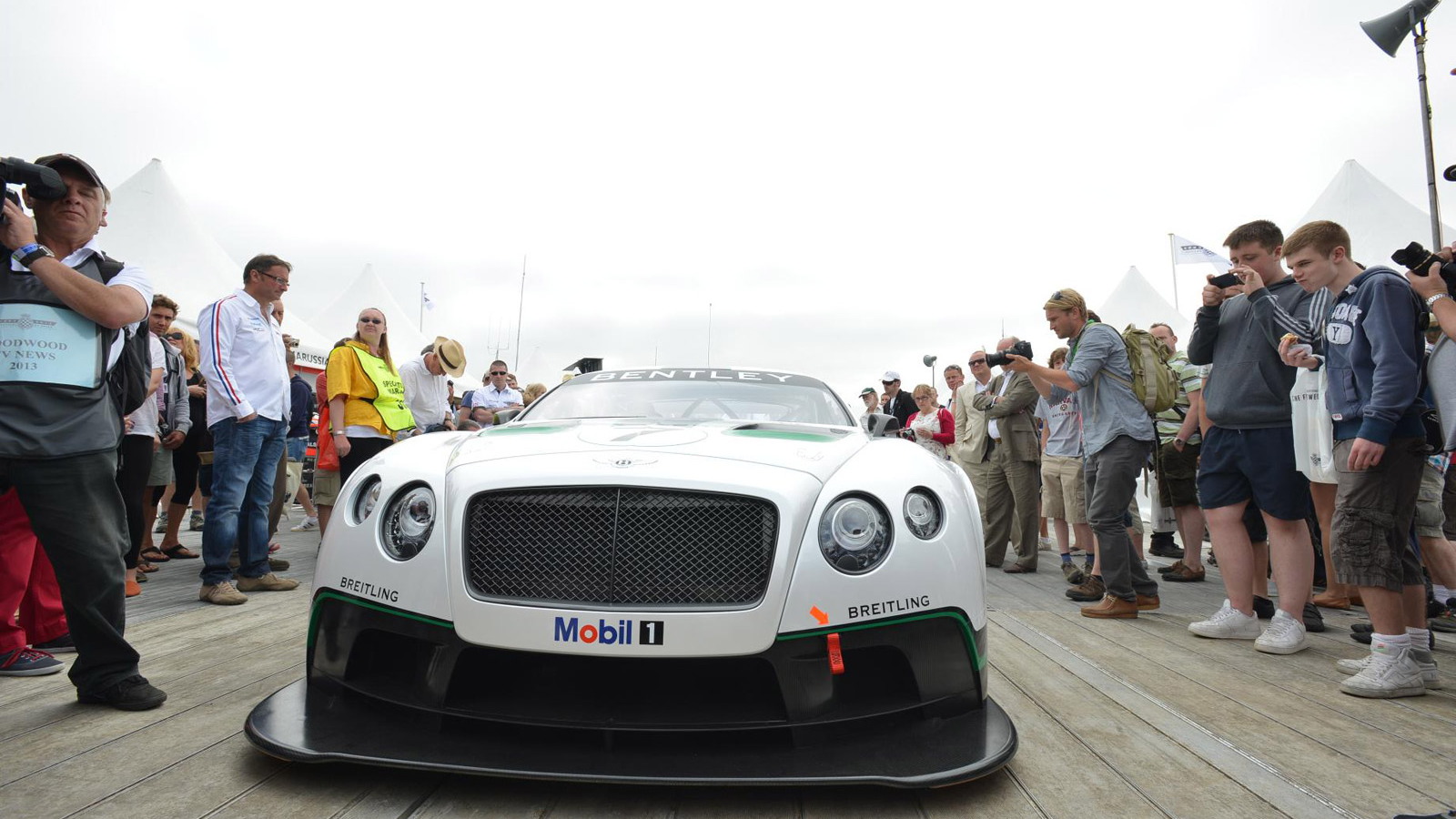 14
photos
The completed version of Bentley’s Continental GT3 race car made its official world debut at the 2013 Goodwood Festival Of Speed in the U.K. this week, and we now have photos and video taken at its unveiling.

The race car is based on the road-going Continental GT V8 and is an evolution of the Continental GT3 concept we first saw at the 2012 Paris Auto Show. As its name suggests, it was designed along GT3 regulations and it will first see competition next year, initially in the FIA Blancpain Series.

Responsible for its development was a man by the name of Graham Humphrys, who heads Bentley’s motorsport division. He and a team of engineers worked closely with British motorsport firm M-Sport, of World Rally Championship fame, and have managed to get the weight of the Continental GT3 race car down to 2,866, which is a staggering 2,200 pounds less than the road-going Continental GT V8.

For full details on the Bentley Continental GT3 race car, read our in-depth story, and for more from the 2013 Goodwood Festival Of Speed, check out our dedicated show hub.