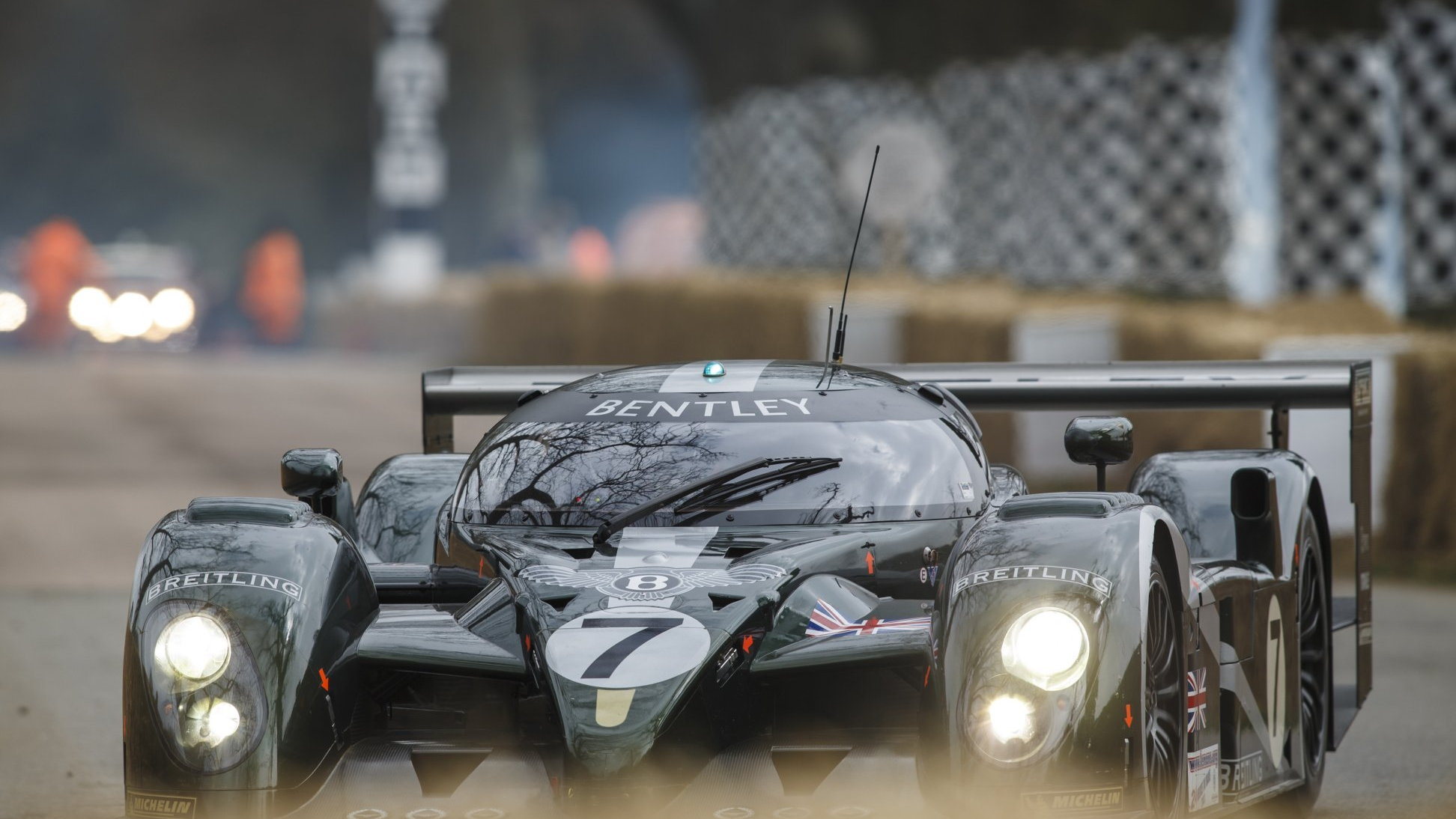 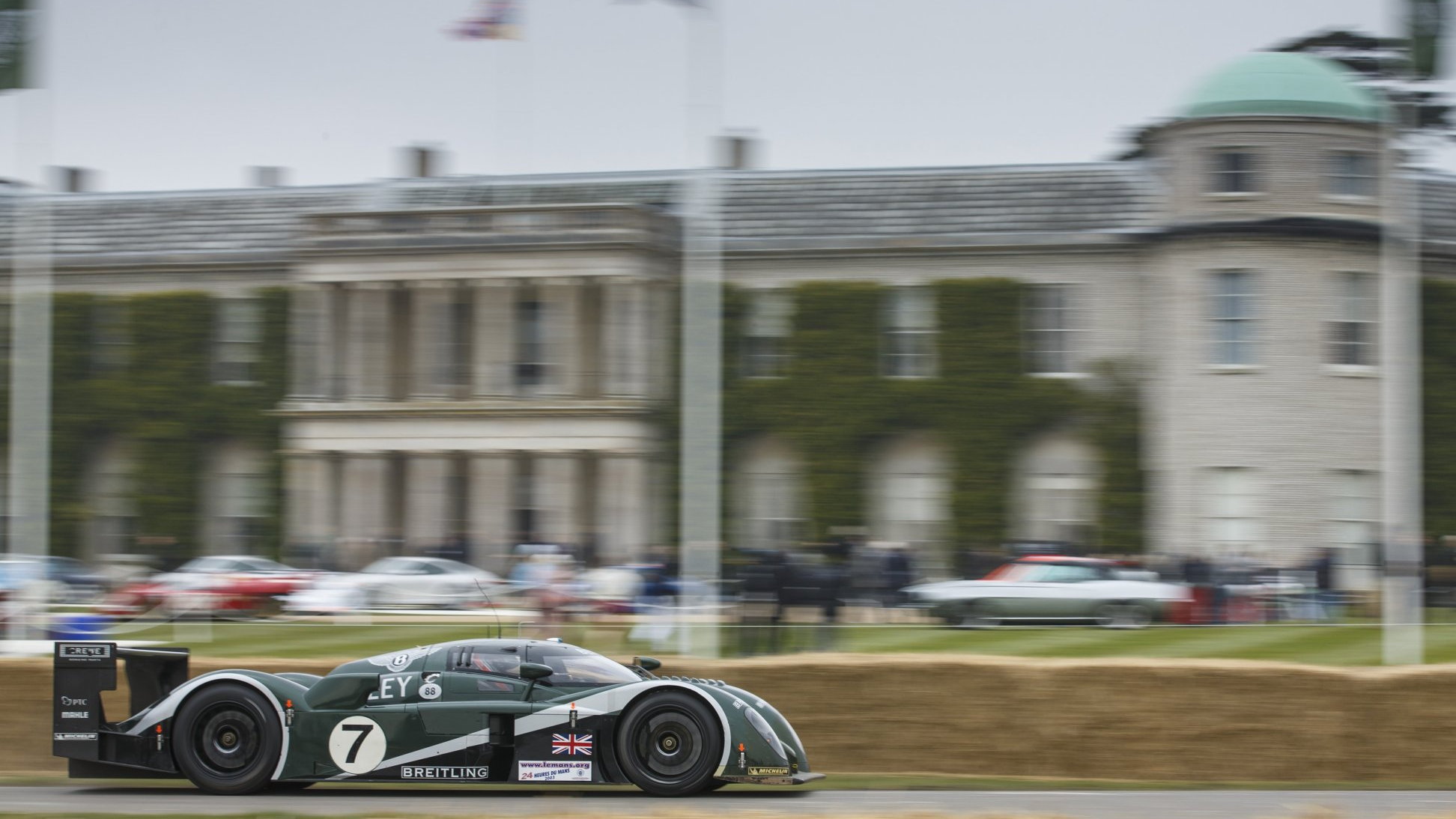 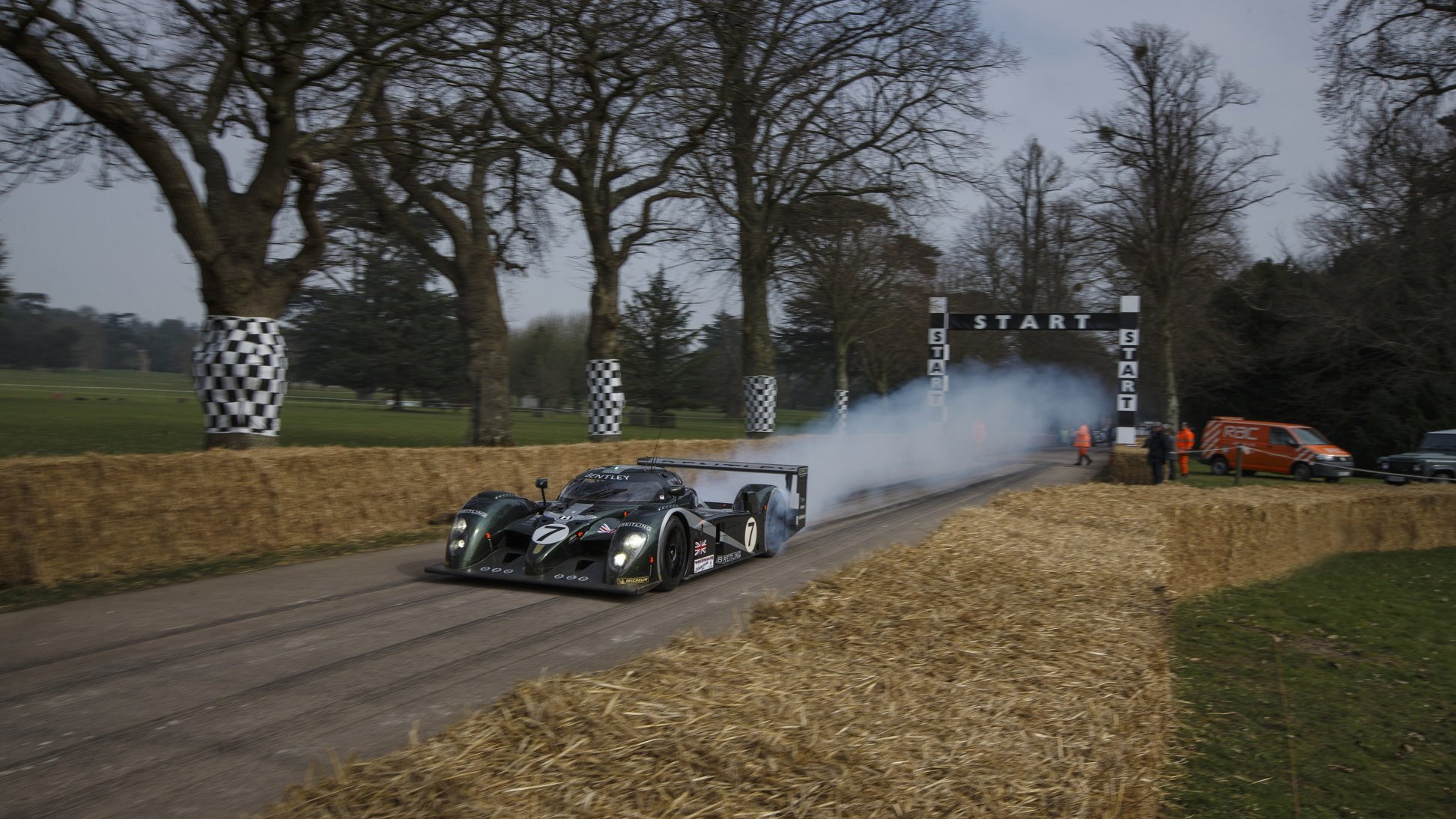 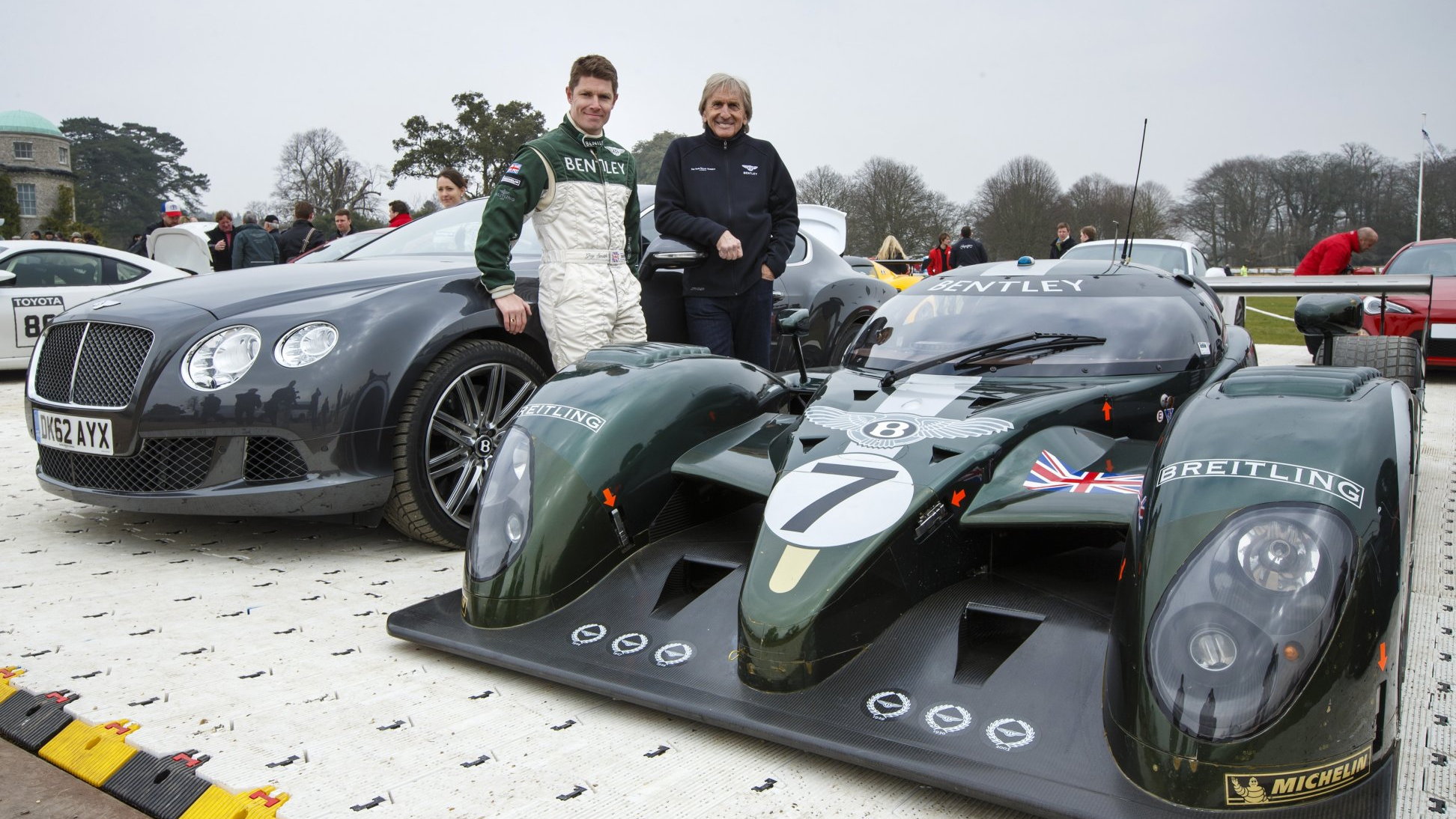 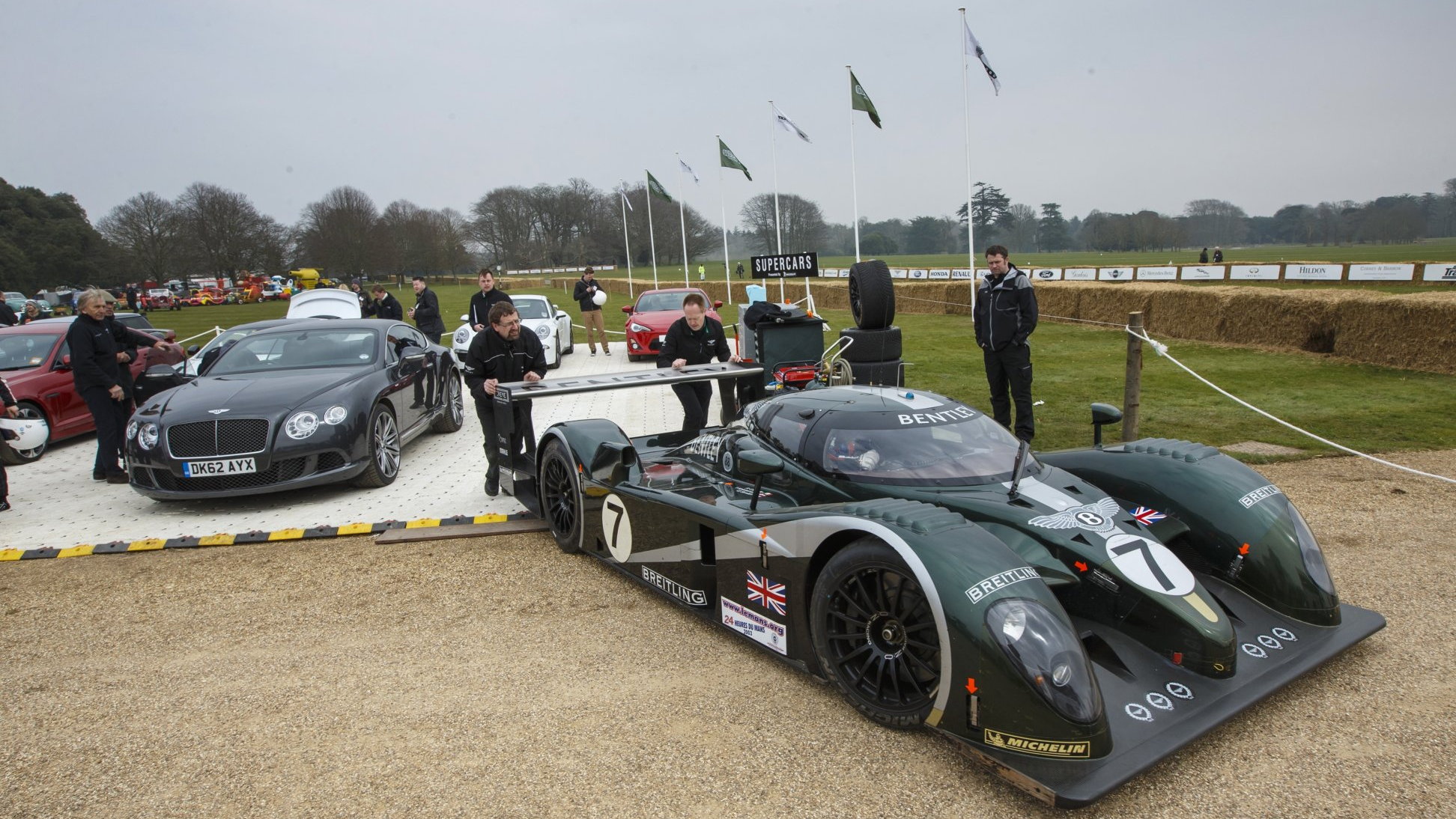 Critics were quick to point out that Audi, the dominant team of the day, opted to sit out the 2003 event. The Bentley Speed 8s, on the other hand, were powered by Audi engines and supported by the Audi-backed squad at Joest Racing, making the Bentleys oddly close to an Audi factory team.

In racing, however, a win is a win, and the British luxury marque was (rightfully) proud of claiming the first two podium spots. To commemorate the tenth anniversary of Bentley’s one-two finish, the brand from Crewe will run both of its 2003 Speed 8 racers up the hill at this year’s Goodwood Festival of Speed.

Guy Smith, one of the 2003 winning drivers, will be tasked with piloting the Speed 8 up Lord March’s driveway. Smith is “genuinely looking forward to driving the Le Mans cars this summer,” adding, “it will be a special Goodwood for Bentley enthusiasts.”

Also on hand for the run will be the 202 mph-capable Continental GT Speed Convertible, which Bentley bills as the world’s fastest four seat convertible, as well as the new Bentley Flying Spur sedan.

With 590 pound-feet of torque on tap from its 6.0-liter, twin-turbo W-12 engine, the Flying Spur  can sprint from 0-60 mph in just 4.3 seconds, on its way to a 200 mph top speed. It’s all-wheel drive setup is rear-biased, delivering an “engaging drive” regardless of weather conditions.

The year also marks Bentley’s return to racing with its Continental GT3, so expect Bentley’s exhibit at Goodwood to reflect a motorsport theme. If you want to attend, check out the Goodwood Festival of Speed website for ticketing information.