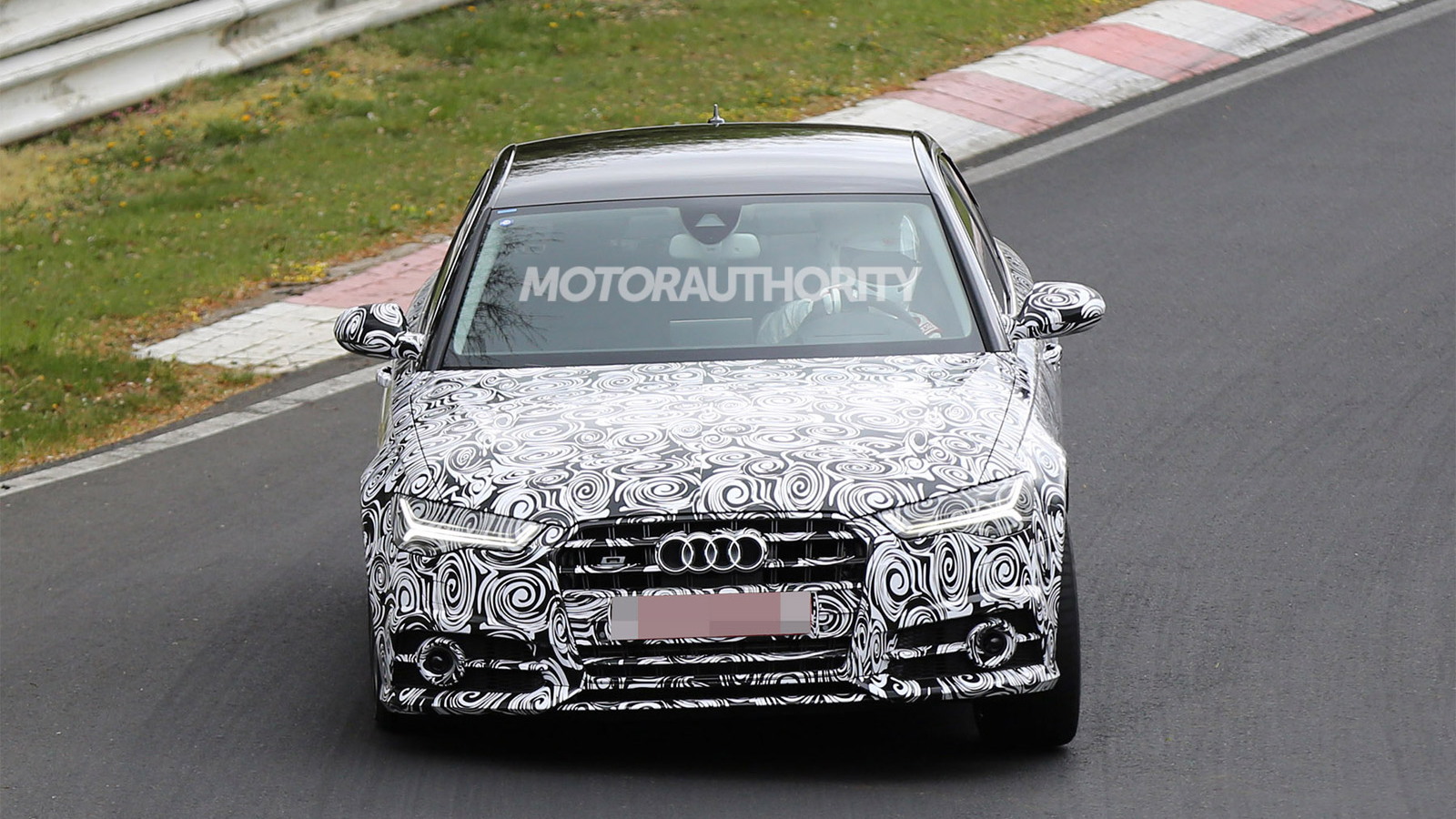 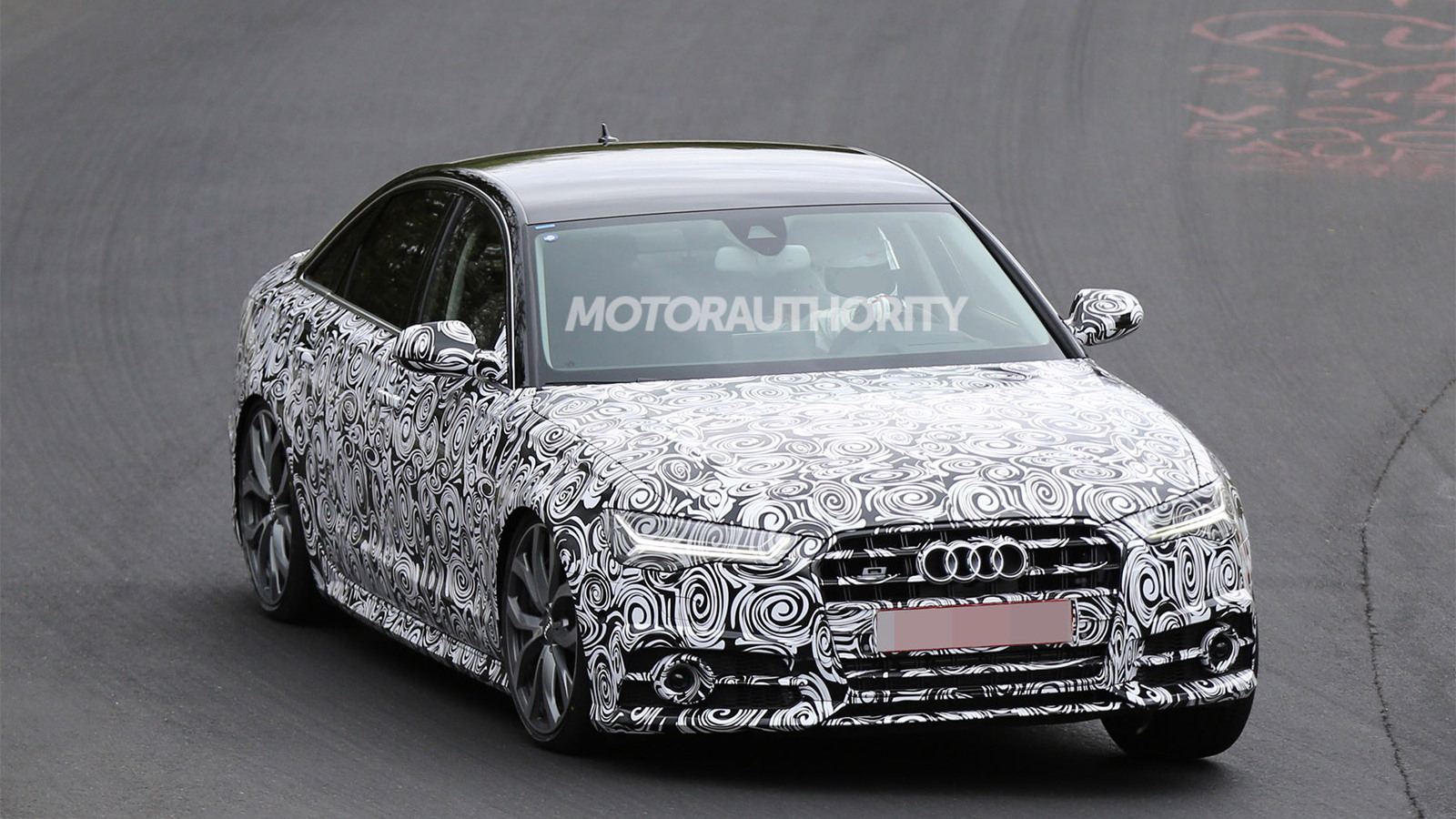 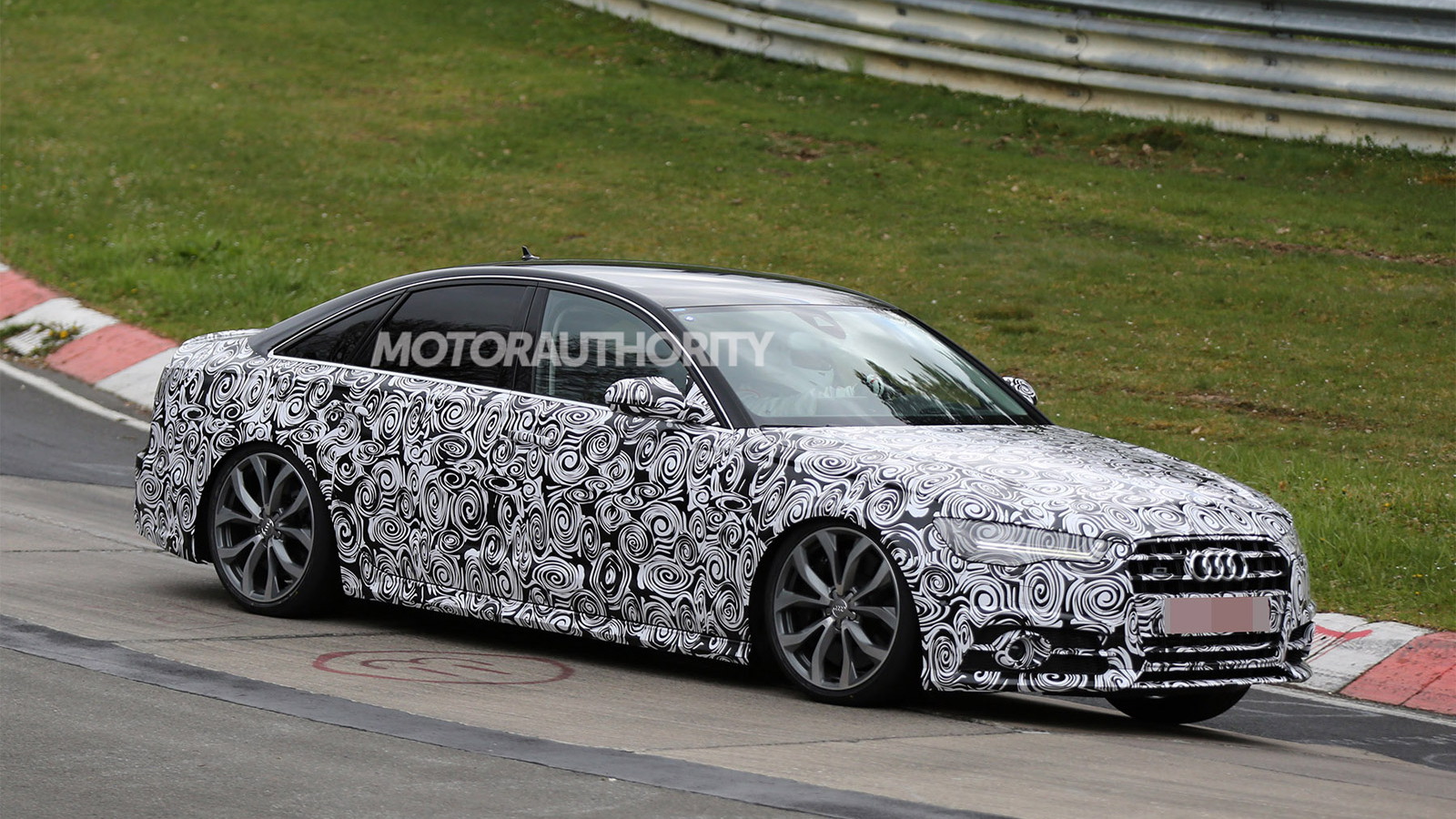 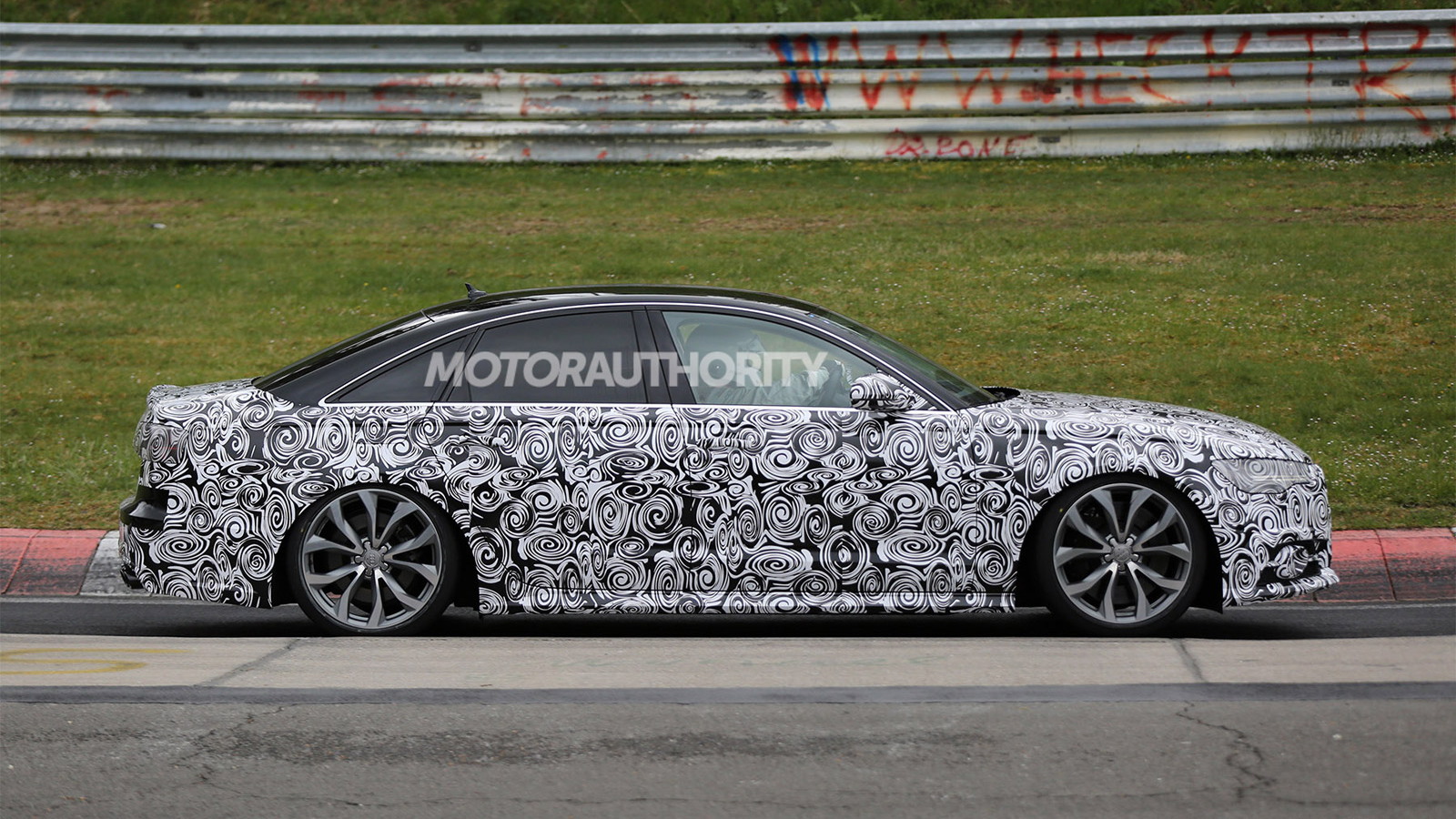 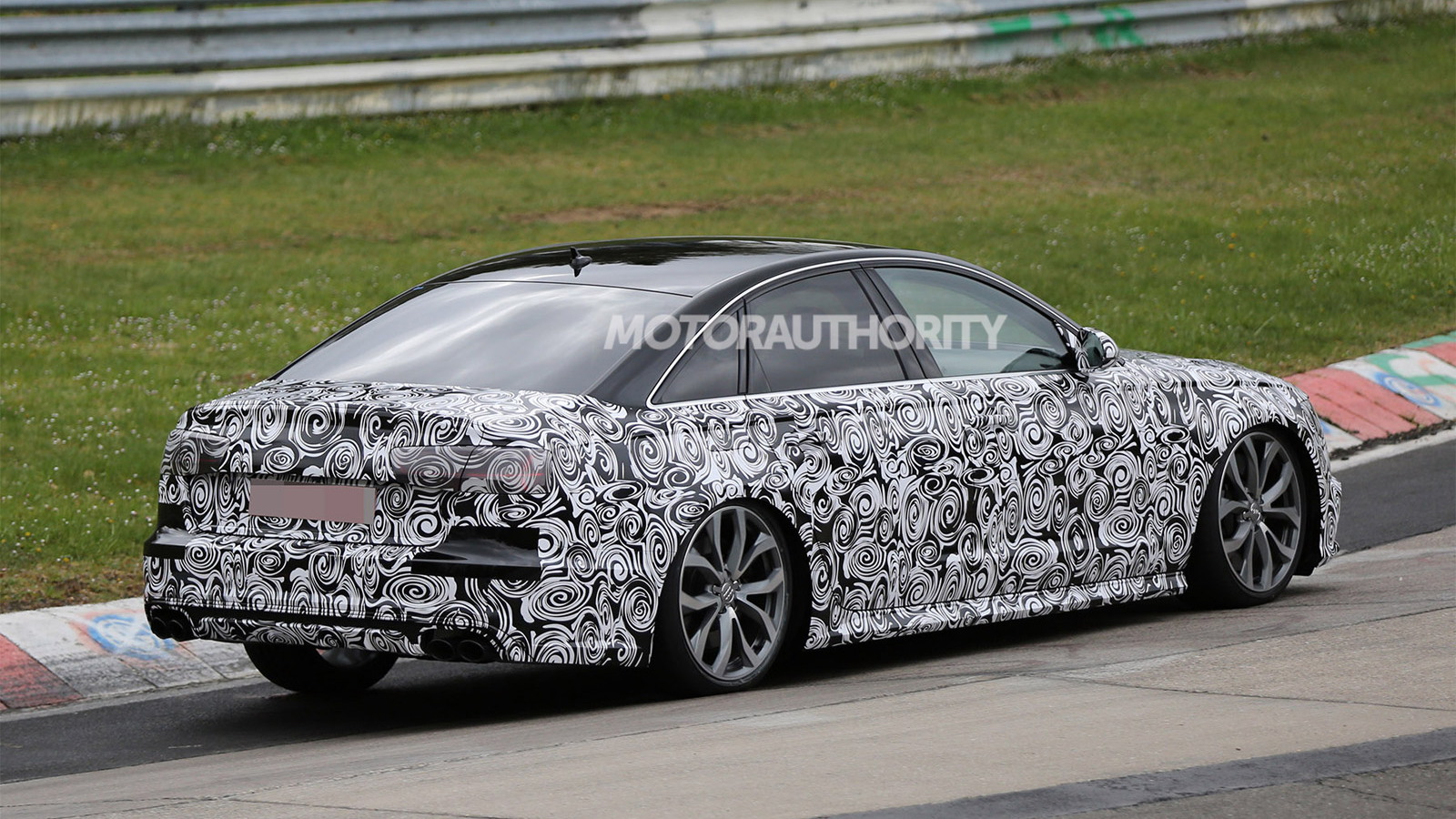 21
photos
Audi’s latest A6 midsizer first hit the scene as a 2012 model, so the car is just about due for its mid-cycle update. Right on cue, a prototype for just such a car has been spotted. This one is for the sporty S6 model, but most of the changes should feature across the updated A6 range.

As the spy shots reveal, the aesthetic changes to the updated S6 will be minor. We can see that it will be receiving new bumpers and revised headlights. Although the shape of the lights isn’t changing, it appears there are some new LED elements similar to what we saw on the updated 2015 A8. Overseas models will also feature Audi's Matrix LED tech.

We know this prototype is for the S6 because of the aggressive front bumper, performance wheels and brakes, lowered suspension, and quad-exhaust tips. The engine in the S6 is Audi’s twin-turbocharged 4.0-liter V-8. As we saw with the 2015 A8, the engine’s output in this updated S6 will likely be bumped up to 435 horsepower from the current 420-horsepower setting.

The engine lineup for the rest of the updated A6 range should remain much the same, though we could see the addition of a new A6 e-tron plug-in hybrid model soon after launch. The car has already been confirmed for the Chinese market but no launch date has been mentioned.

Inside the cars, look for some new trim options and an updated infotainment system. We should also see some new safety tech like an enhanced night vision system and vehicle monitoring systems.

The updated A6, plus the S6, should be revealed in early 2015 before going on sale in the second half of that same year as a 2016 model.