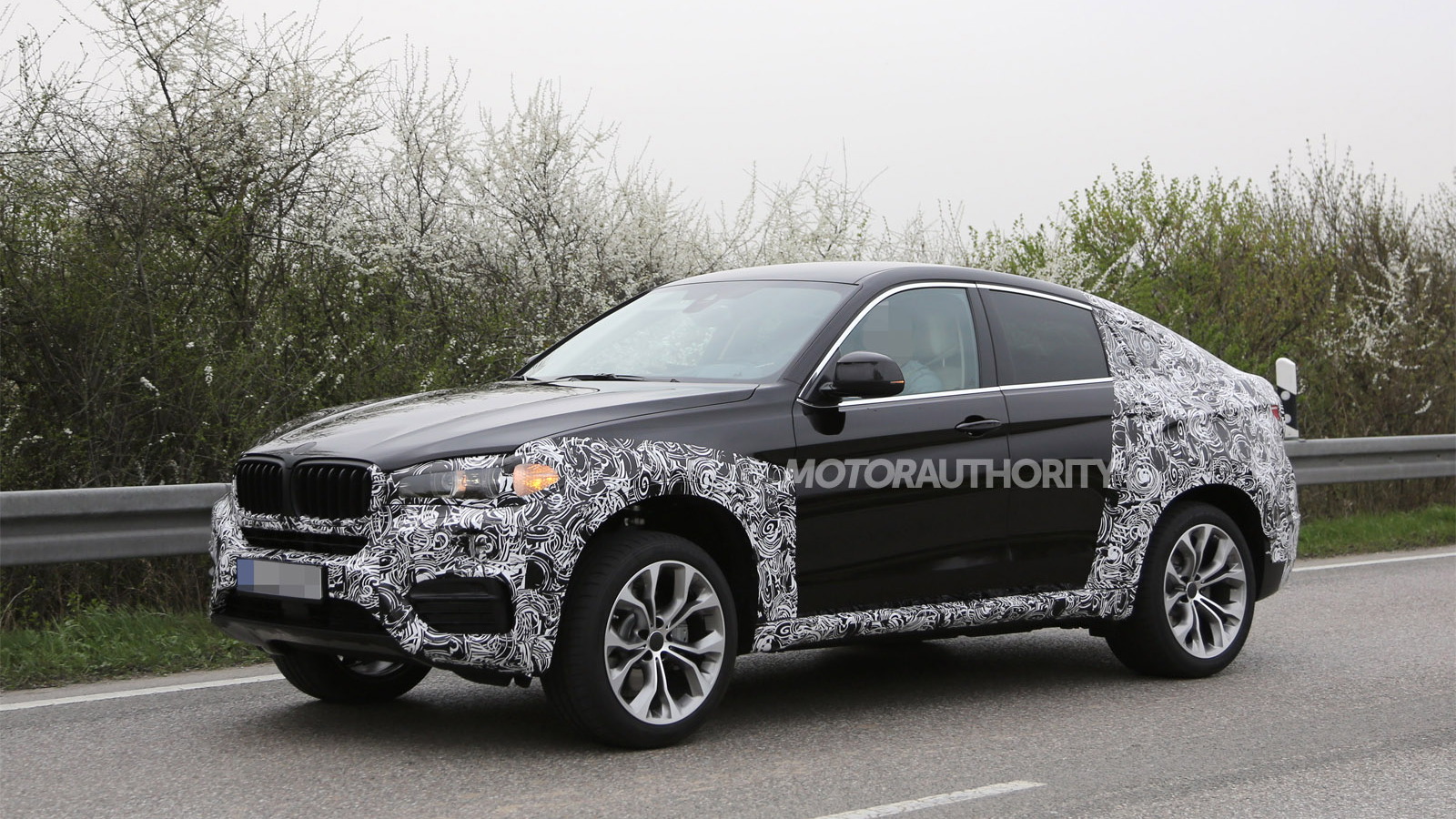 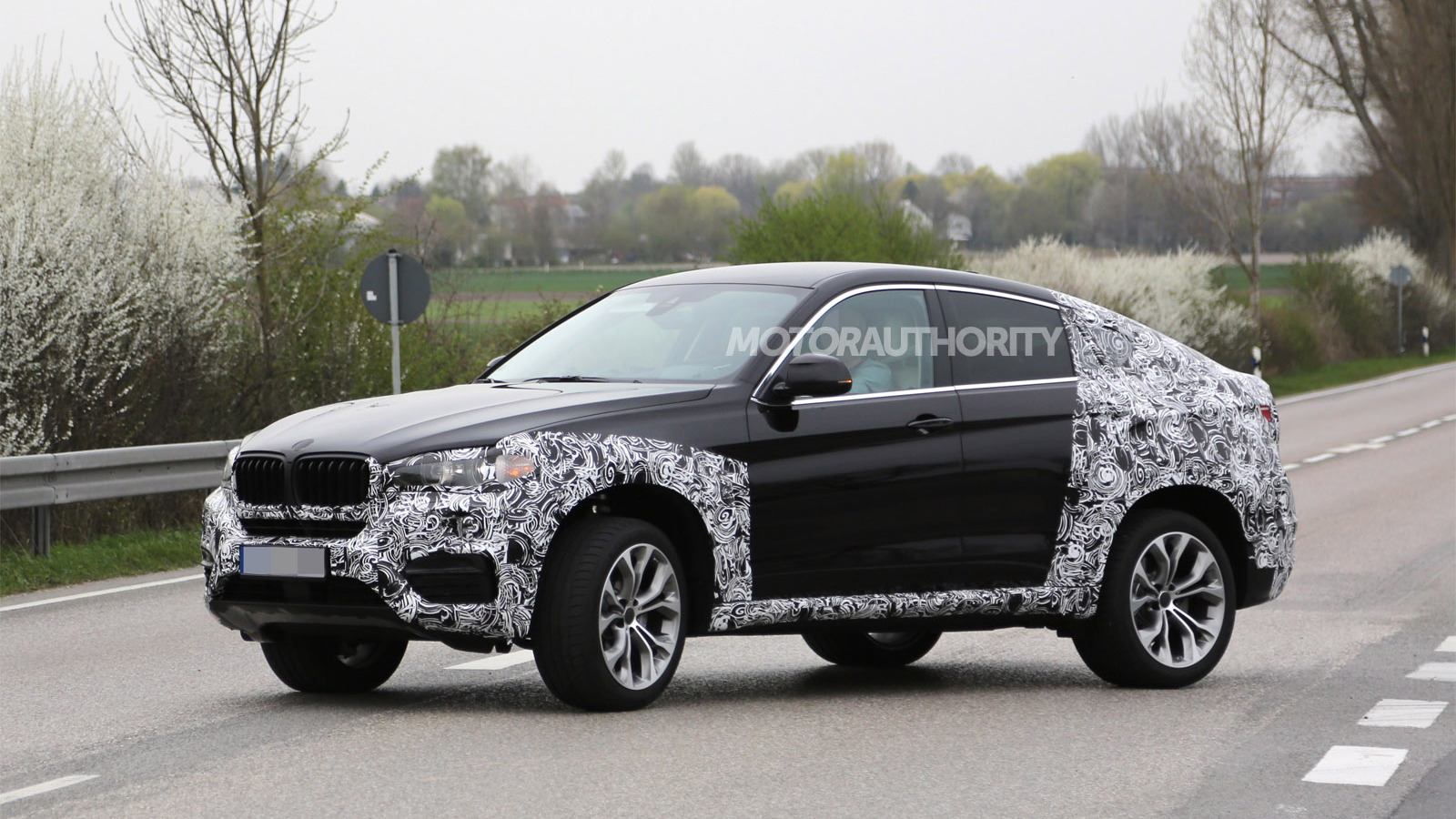 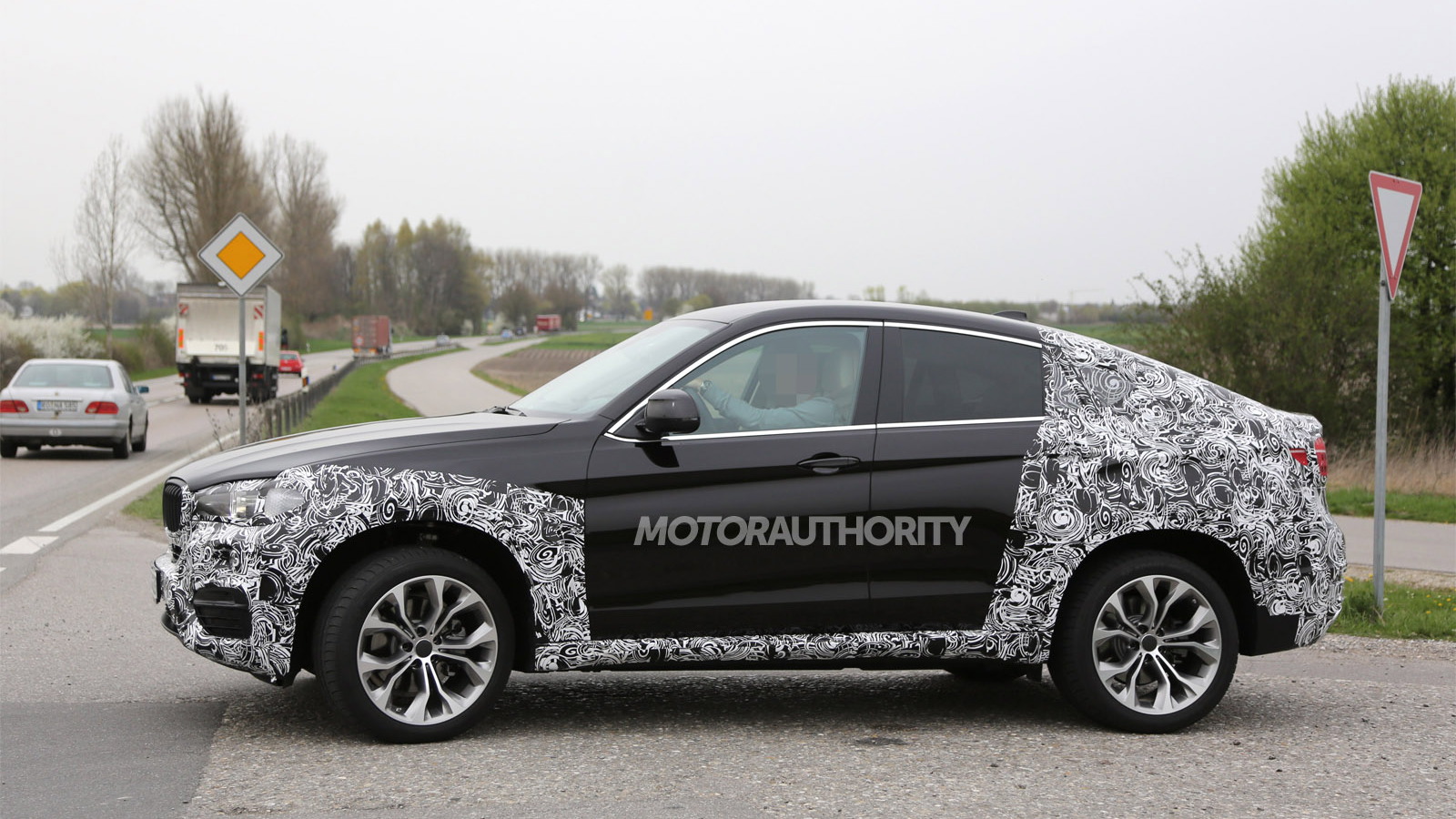 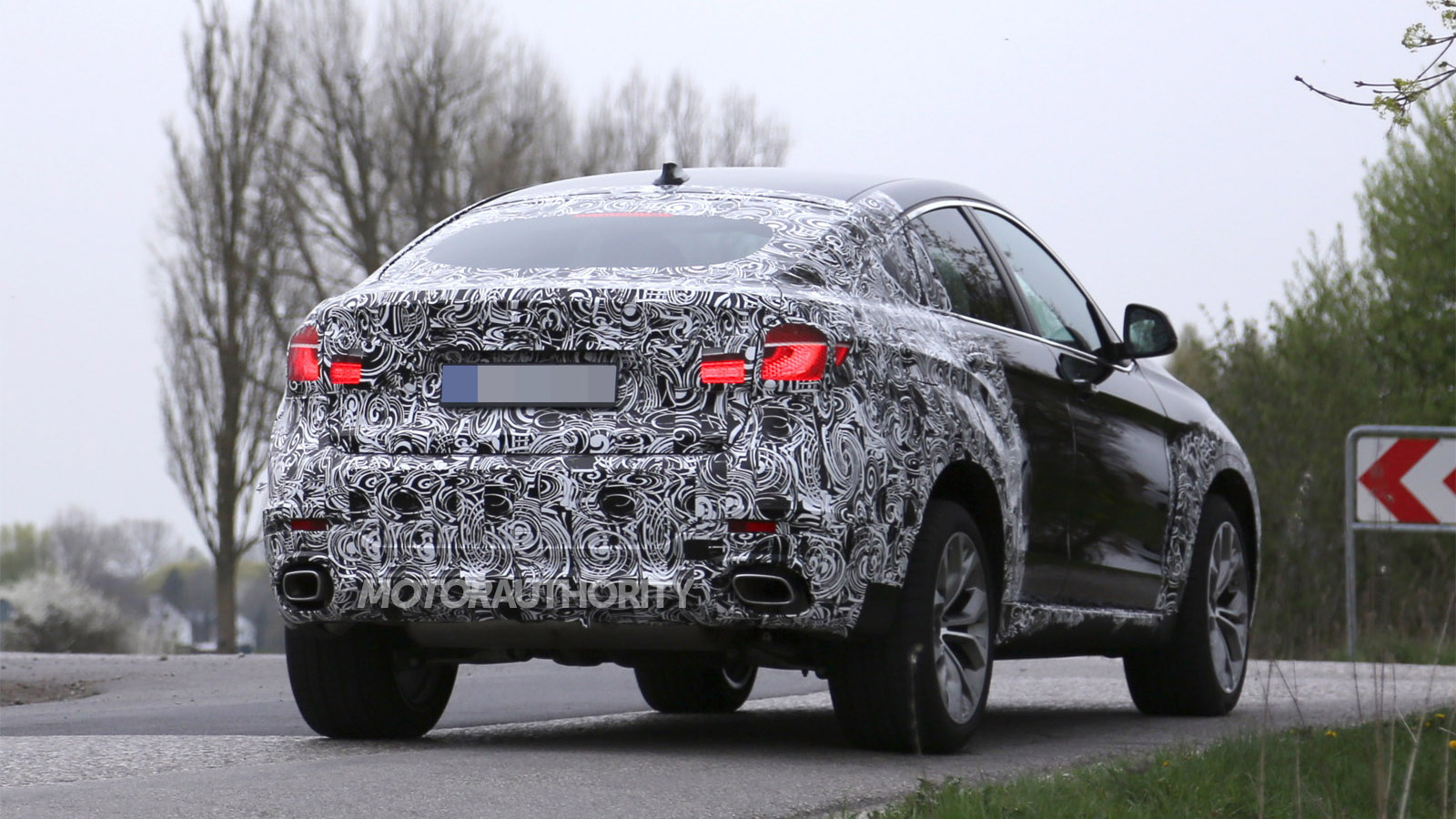 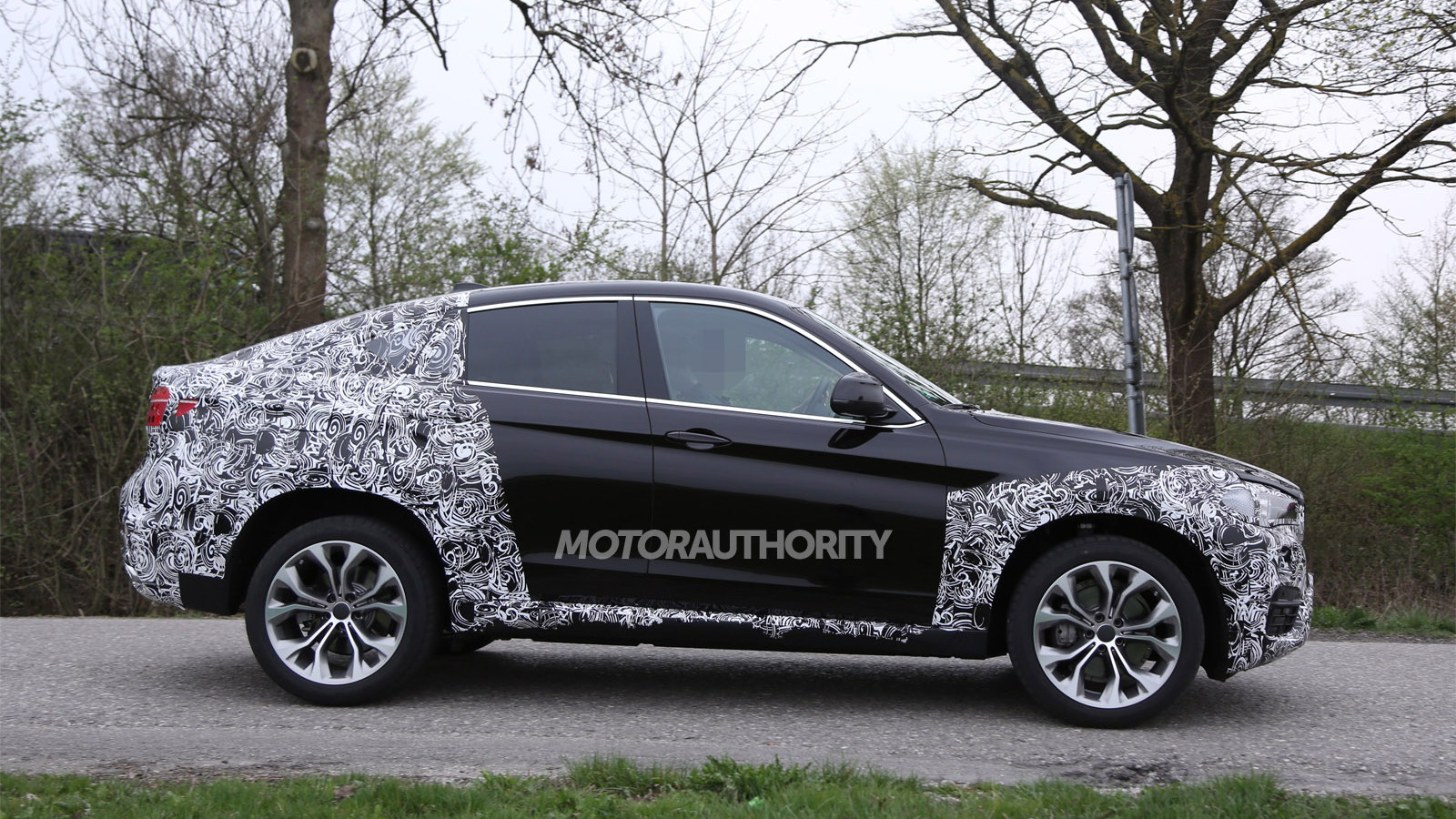 30
photos
Despite being panned by critics for its limited cargo and rear passenger space, BMW’s pioneering coupe crossover, the X6, sells well enough worldwide to warrant a second generation. Adding to the justification for a new X6 are similar upcoming models from rivals Audi and Mercedes-Benz.

Today we have the most revealing spy shots yet of a prototype for the second-generation X6, which we’re expecting in showrooms in late 2014 or early 2015, as a 2015 model. The reason for the relatively quick gestation is that the new X6 will once again be sharing a platform with BMW’s X5, which was renewed just last year.

Though the styling and overall shape haven’t changed much (why mess with a winning formula?), the new X6 is expected to be longer from bumper to bumper (by some 1.3 inches) and its track a bit wider, too. The headlight and grille treatment is similar to what we see on the latest X5 and the interior is likely to match up as well.

Under the hood, expect to see turbocharged in-line six-cylinder engines powered by both gasoline and diesel once again, as well as some turbo V-8s. The base X6 sDrive35i should come with 300 horsepower and standard rear-wheel drive. Buyers of course will still be able to opt for xDrive all-wheel drive.

At the other end of the powertrain spectrum, expect to see a twin-turbo 4.4-liter V-8 once again featured in a new X6 M. Both a new X5 M and a new X6 M are already in the works. Overseas, buyers should also have the option of sporty M Performance diesels. It’s not clear yet but BMW may also offer a plug-in hybrid model featuring a drivetrain based on the one featured in this year’s Concept X5 eDrive.

Underneath the new X6, base models will stick with a conventional suspension design with steel springs, while high-end models will get a self-leveling pneumatic suspension with adjustable ride control. An eight-speed automatic will be fitted across the range.

Note, a new X6 isn’t the only coupe crossover to join the BMW ranks in the near future; the automaker recently unveiled the 2014 X4, which makes its world debut at the 2014 New York Auto Show.