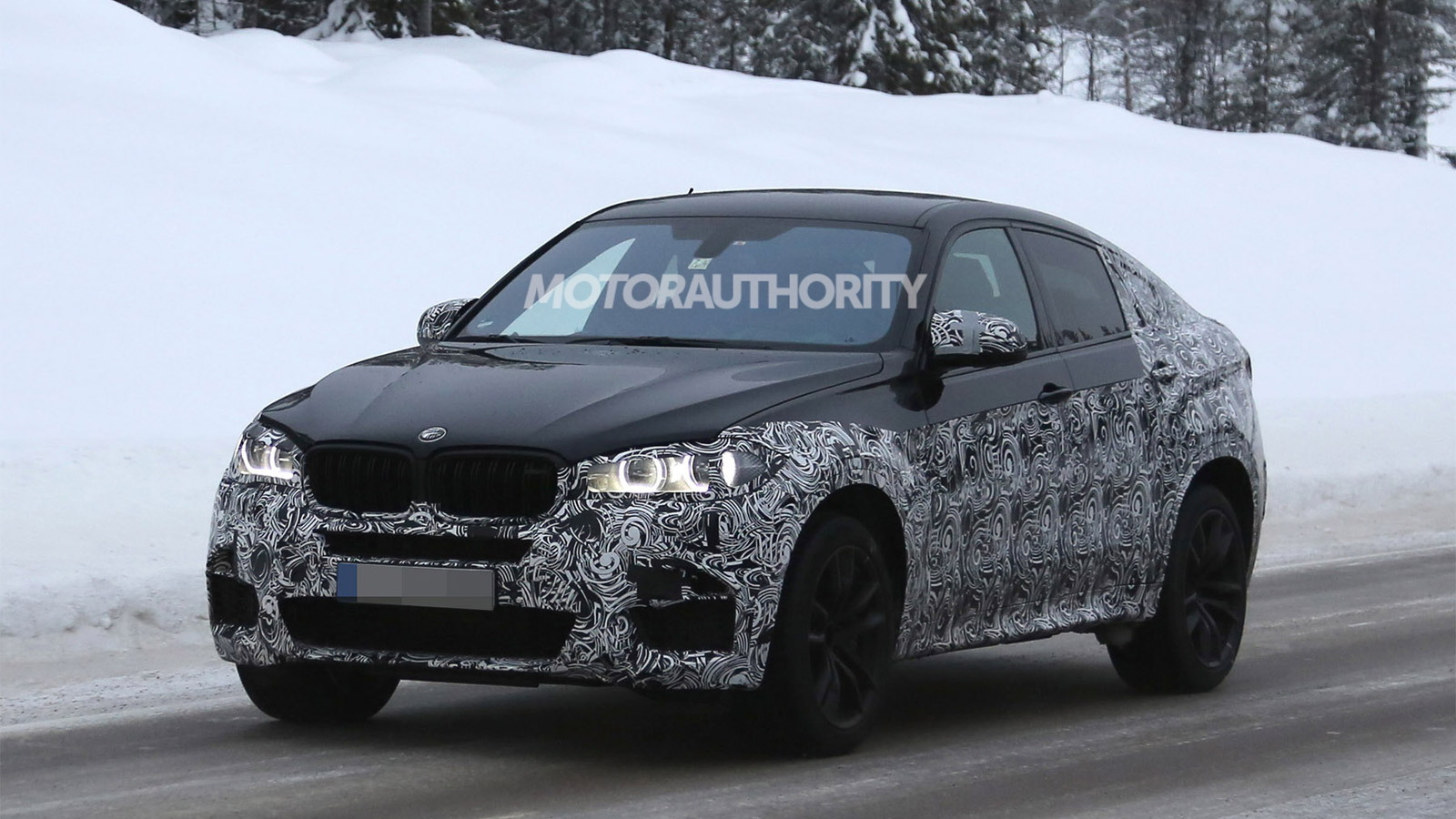 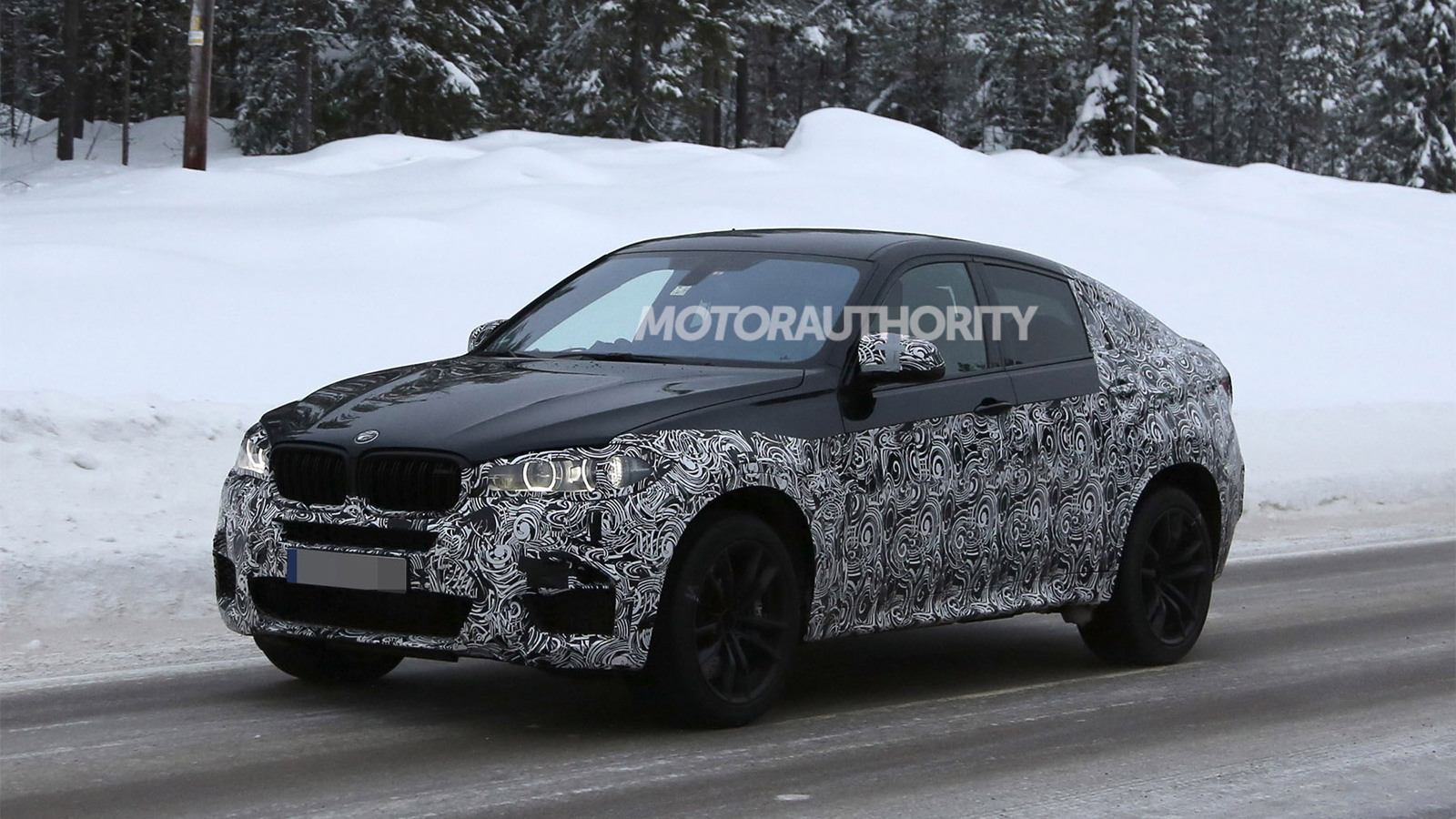 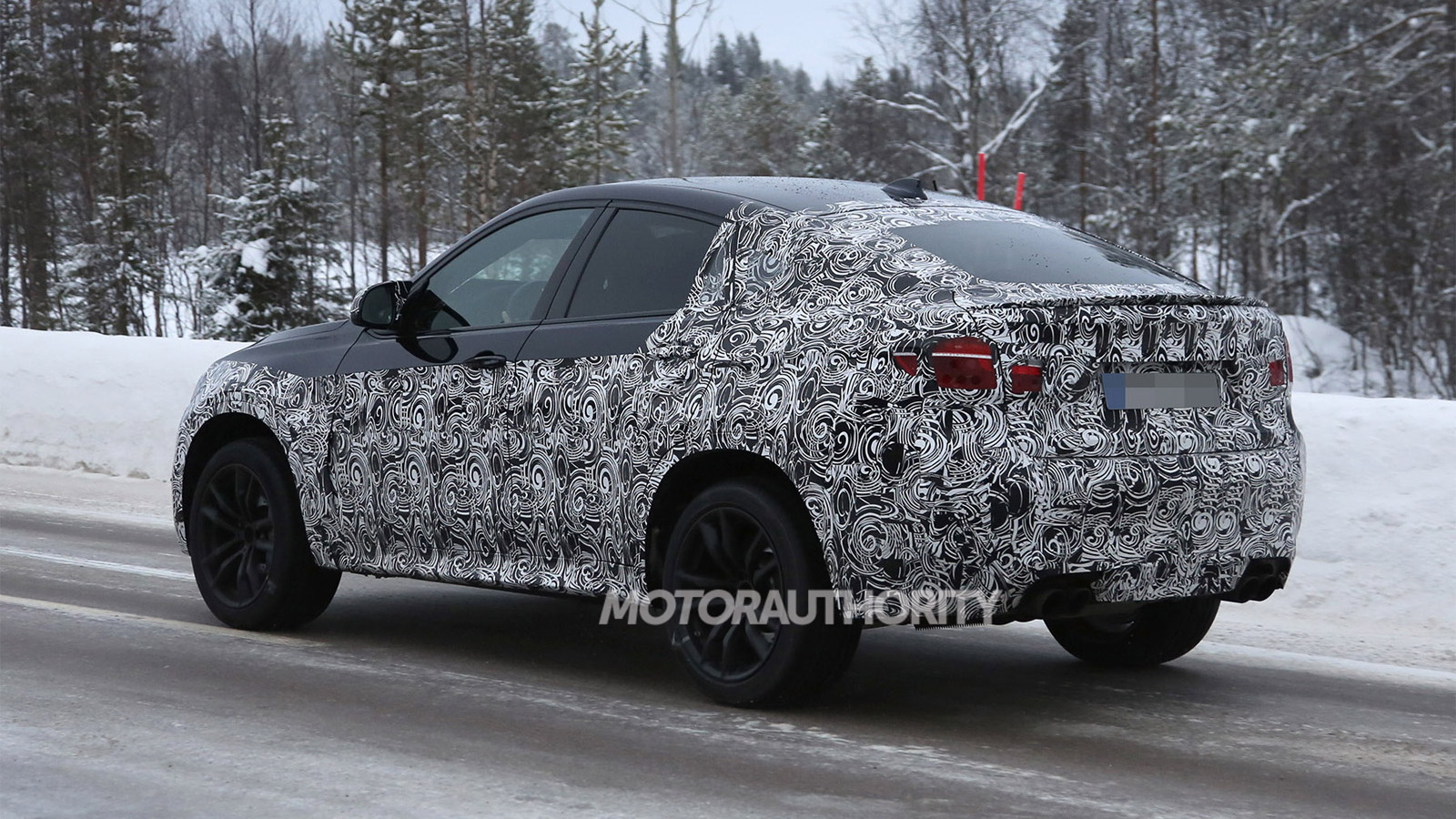 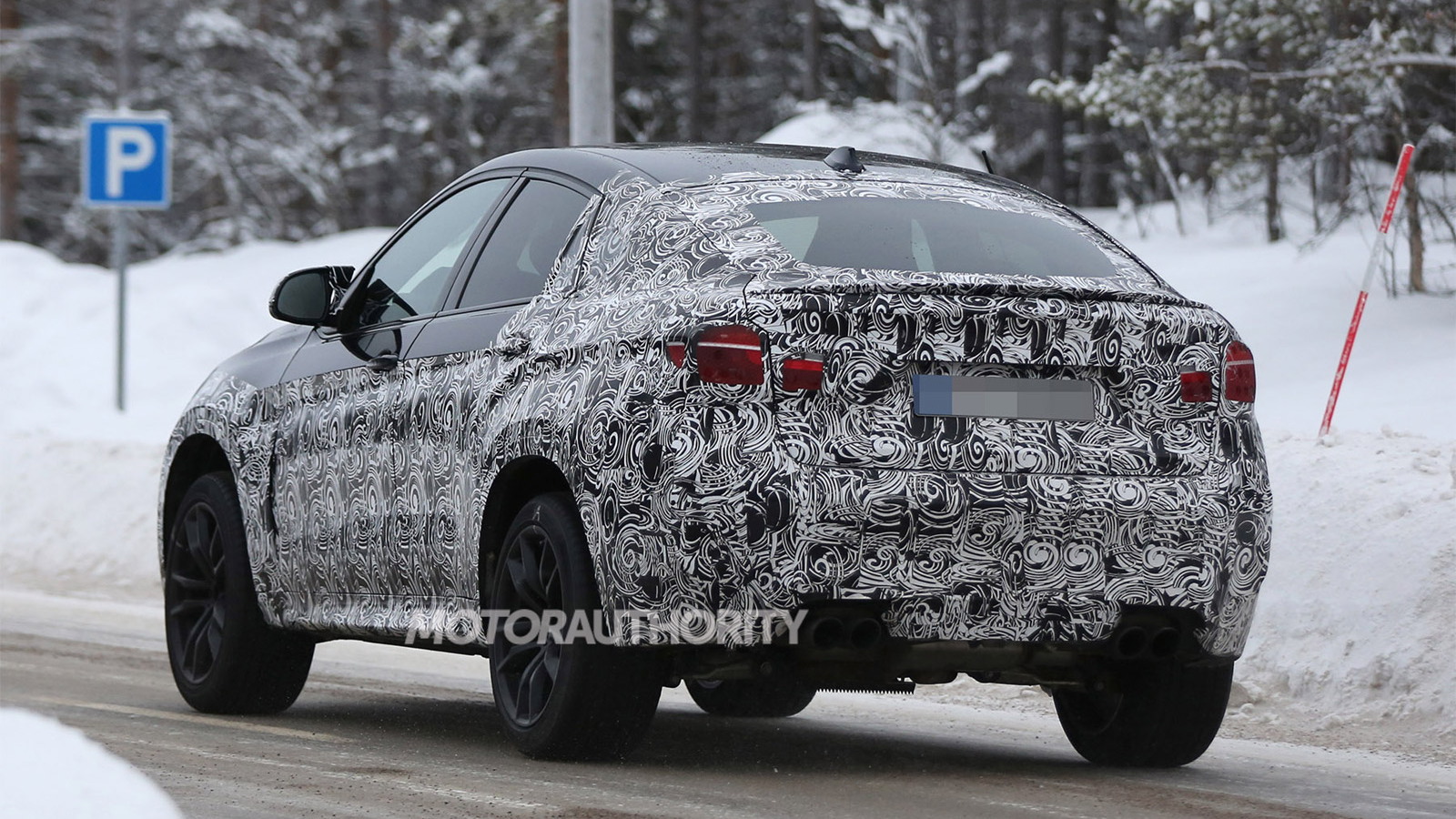 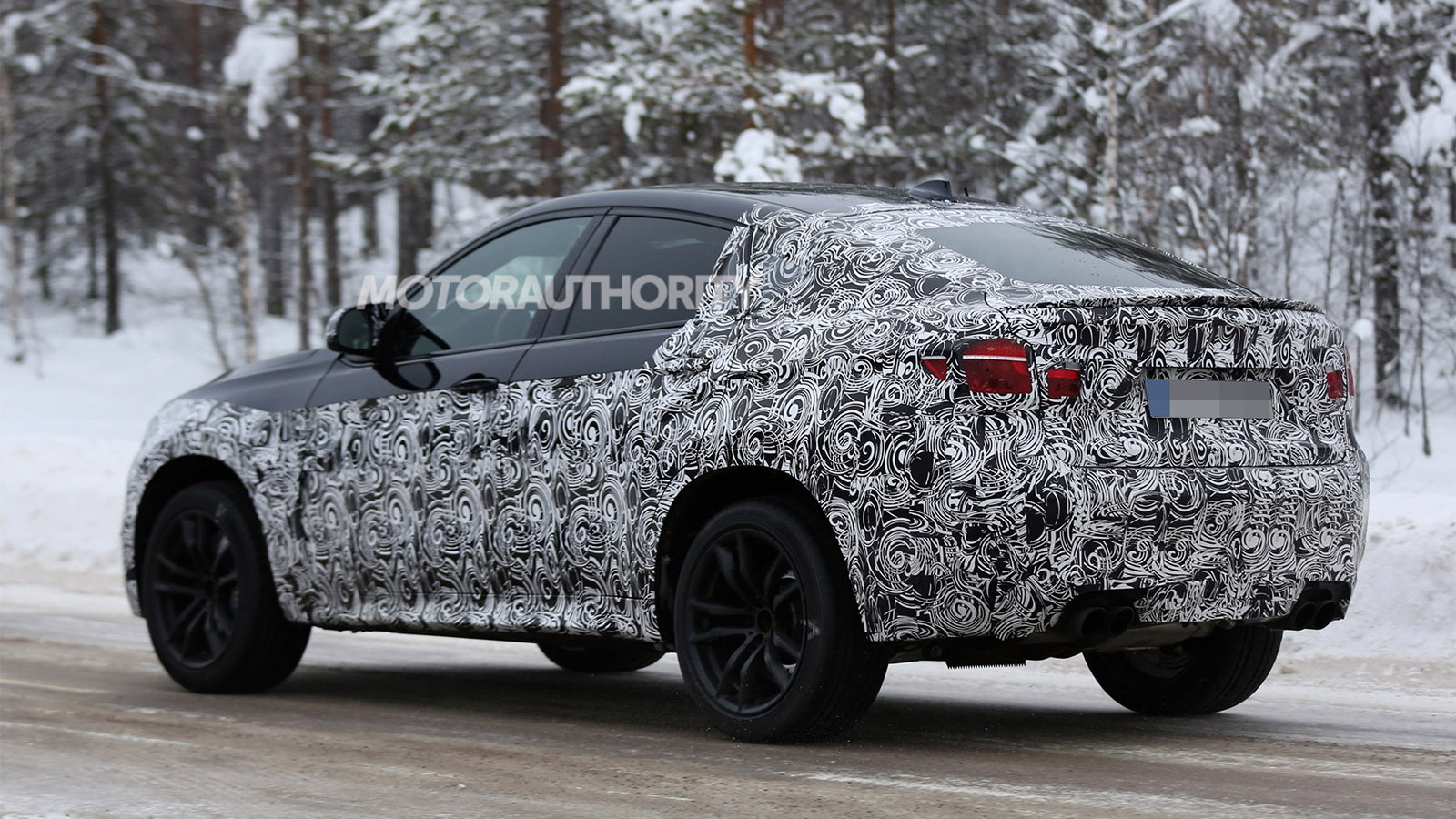 10
photos
The next generation of BMW's X5 M and X6 M performance SUVs are currently in the works and should make their debut by the end of the year, meaning we could see them arrive as 2015 models. While we’ve already seen prototypes for the new X5 M, this is the first time that we are seeing a prototype for the new X6 M.

We know this is the M version of the new X6 because of the aggressive front bumper, which features larger intakes and a much wider air dam than those found on prototypes for the regular model. We can also see thicker side skirts, a subtle rear spoiler and M-style quad-exhaust tips.

The current X6 M is a beast. A 555-horsepower, twin-turbocharged, 4.4-liter V-8 beast. Will that monstrous powerplant carry forward, or can BMW improve on the formula? We suspect the basic drivetrain will remain the same, although tweaked to deliver slightly more power and torque, as well as improved economy.

Engineers are also likely to have reduced weight through the use of carbon fiber and other lightweight materials, and we could see some fuel-saving measures such as an engine stop-start system employed. A more fuel-efficient dual-clutch transmission may also end up replacing the automatic found in the current model.

Inside, expect to see the usual array of M goodies like carbon fiber and Alcantara trim, special badging and electronic gizmos such as adjustable steering and suspension settings. The standard wheels should be 20-inch light alloys.