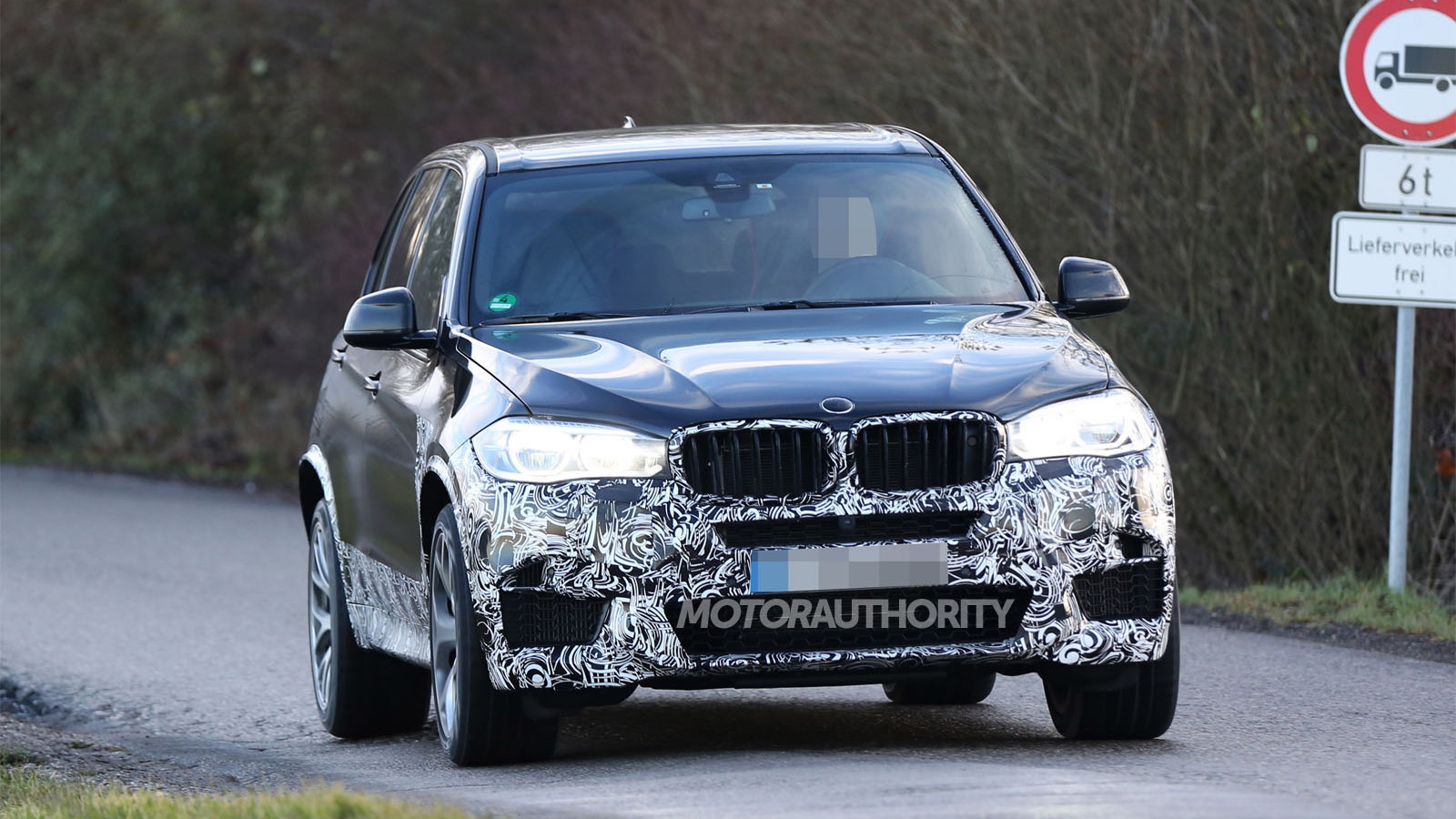 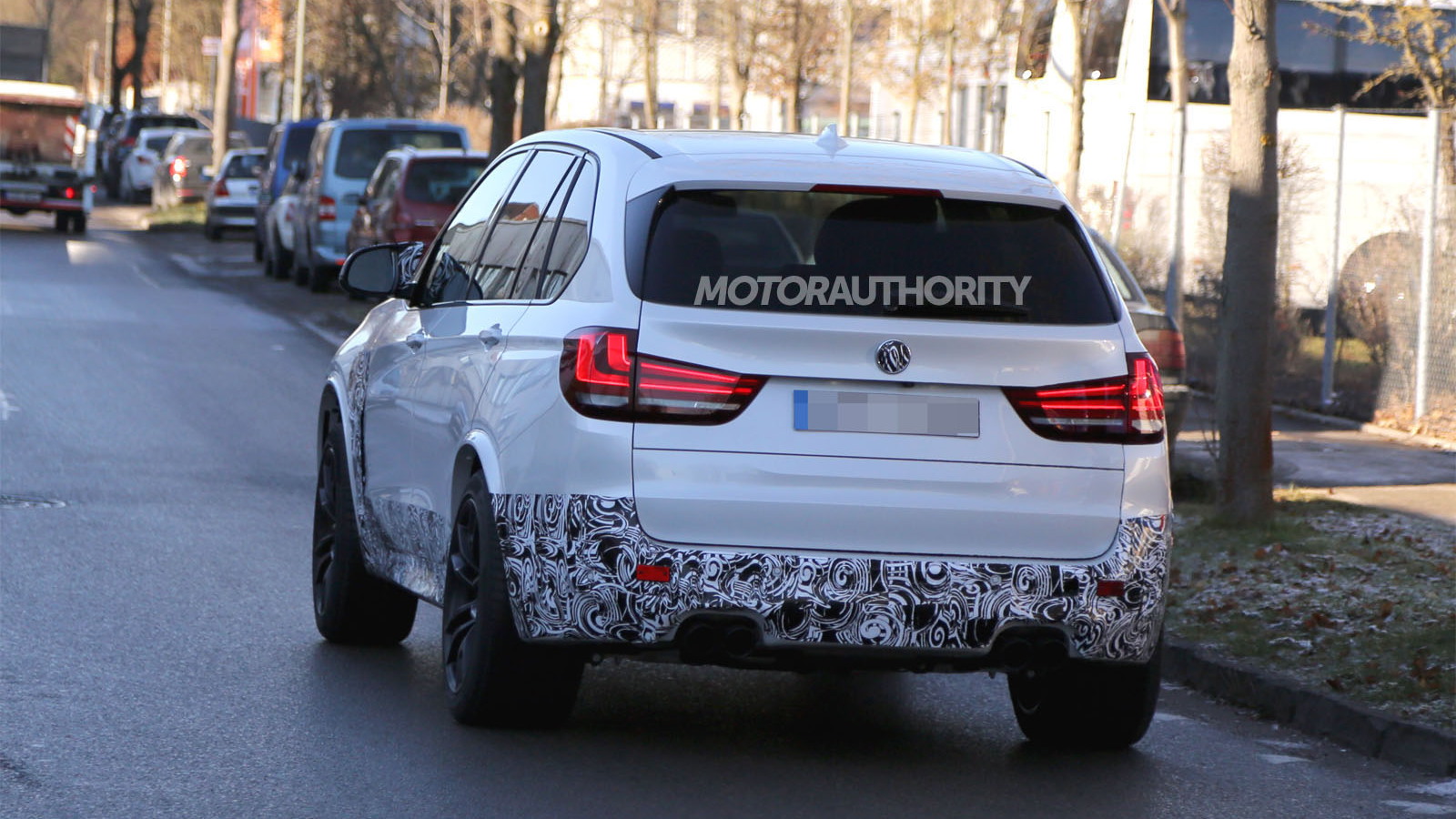 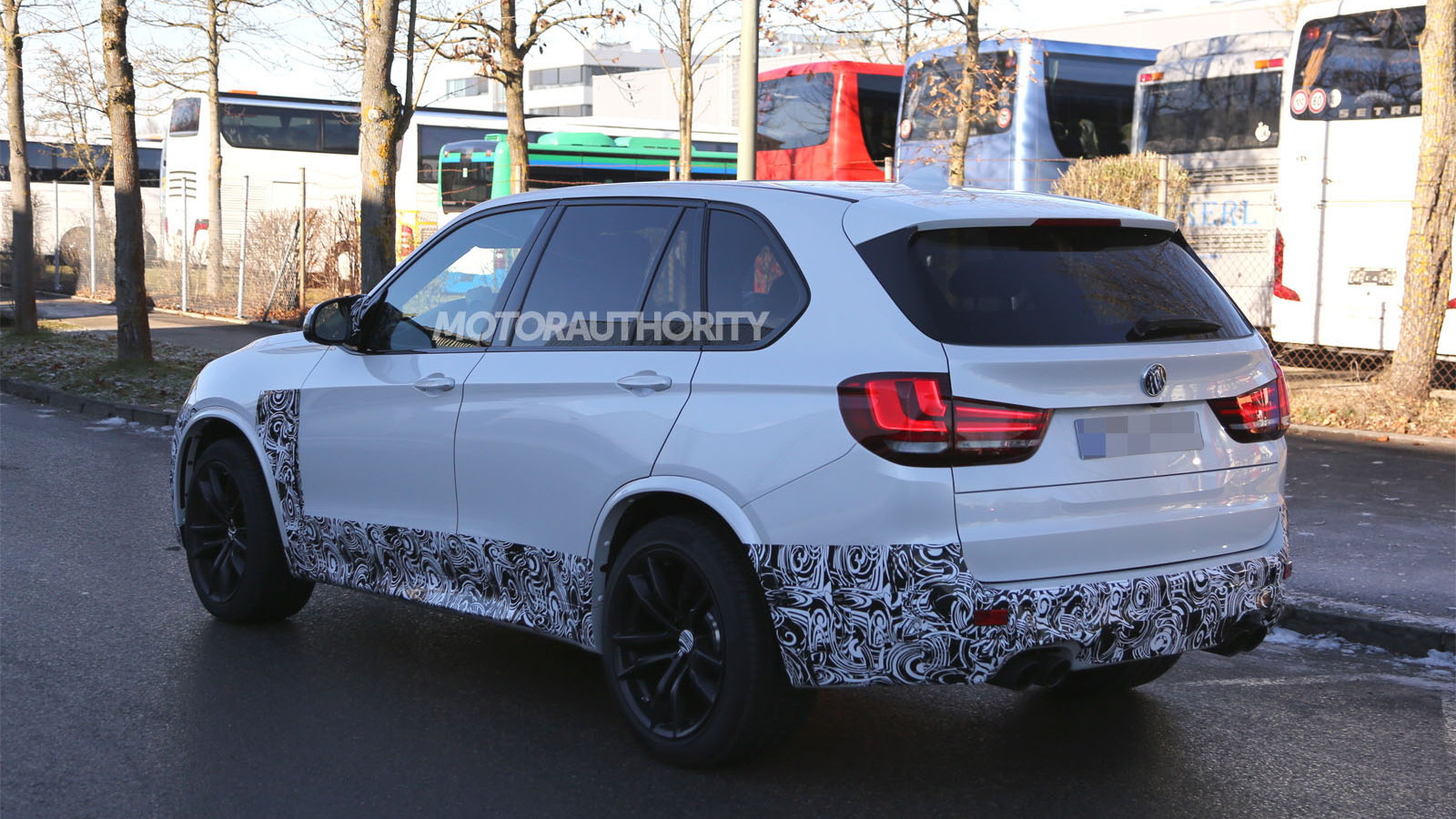 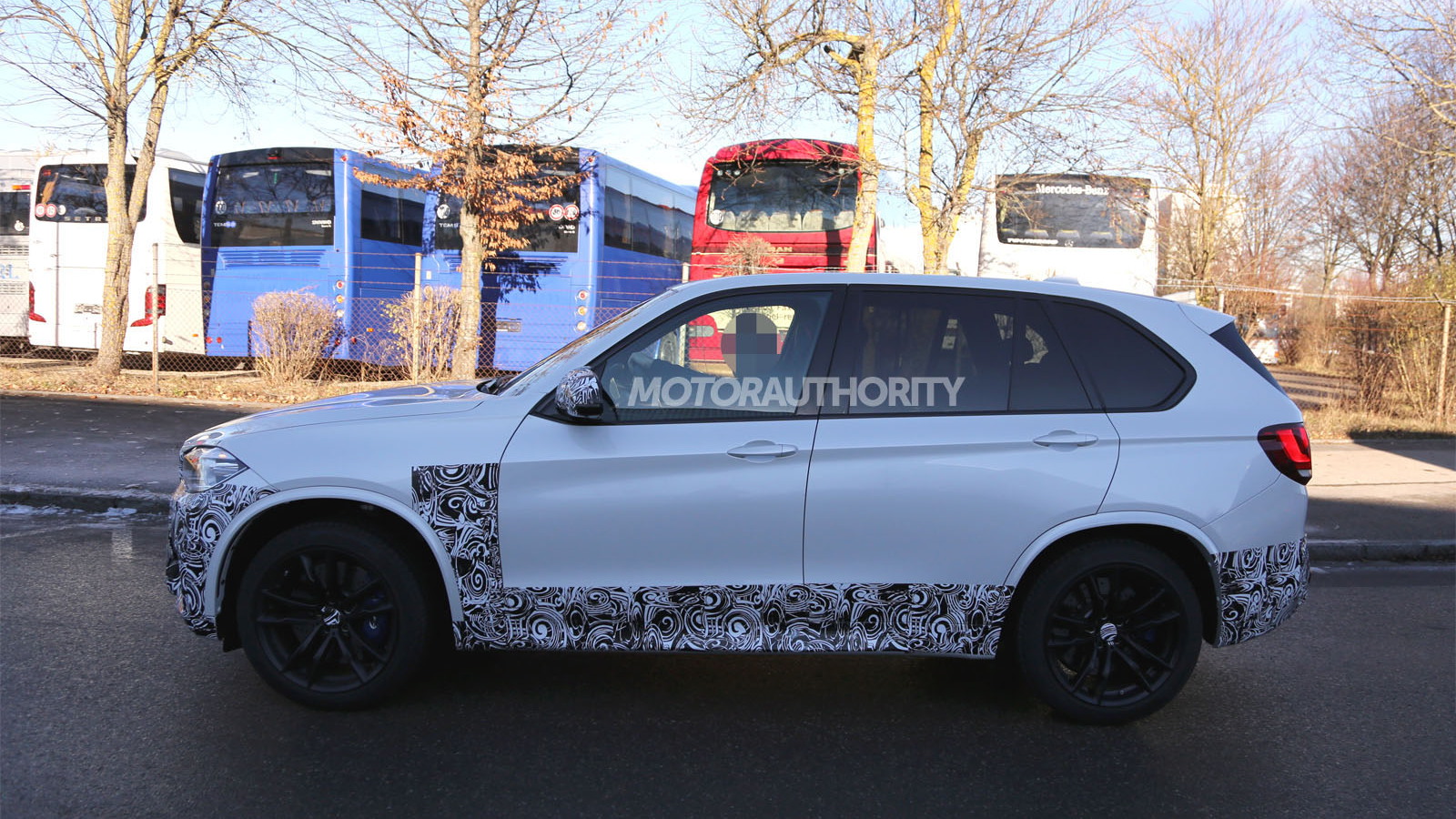 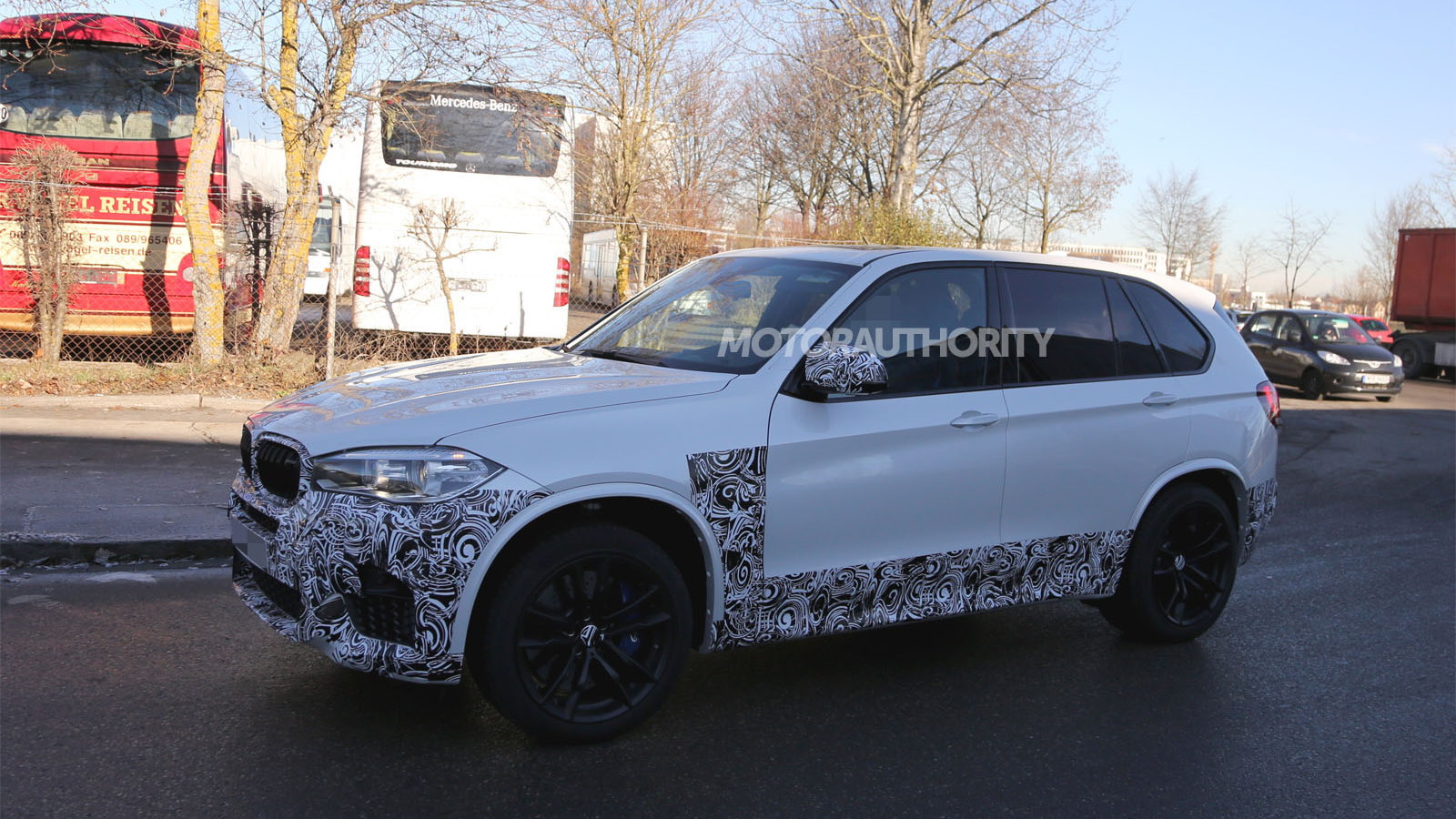 37
photos
The 2014 BMW X5 made its world debut earlier this year, but as yet, the hotter M version remains unannounced. Fortunately, we have a new batch of spy shots to give us an idea of what to expect.

The latest spy photos of the upcoming BMW X5 M show it with the least camouflage yet, with only the bumpers and side skirts under disguises. The large air intakes in the front bumper will likely remain the most readily-spotted distinguishing trait of the X5 M's exterior, although the full, flared fenders are likely to turn heads, too.

The current 2013 X5 M, based on the previous-generation X5, is a beast. A 555-horsepower, twin-turbocharged, 4.4-liter V-8 beast. Will that monstrous powerplant carry forward, or can BMW improve on the formula?

Like the standard 2014 X5 it's based on, the X5 M will benefit from the next-generation design with weight savings of up to 450 pounds--improvements related to the F10 5-Series platform, which is expected to be the (loose) basis for the 2014 X5.

As with all M vehicles, the new X5 M is also sure to get a specially-tuned, track-worthy suspension, wheel, and tire package. The current model's grip, composure, and balance is phenomenal considering its 5,500-pound mass. With the next X5's weight-saving strategy, the next X5 M could improve on the formula even if powertrains just tread water.

Holding steady on power output may be just what BMW chooses to do, too. With 555 horsepower and 500 pound feet of torque rocketing the current model to 60 mph in just 4.0 seconds and up to 171 mph with the M Driver's Package, there's not really much need for more grunt--especially if the next-generation X5 M manages to shave the weight down to the 5,000-pound-flat region.

Weight savings could also aid one of the X5 M's few weak spots: fuel economy. Gas mileage in the single digits in real-world use has proved common in our time behind the wheel of the X5 M, if only because it's just so fun to drive faster than you need to. Getting the EPA figures up from the low teens into the mid- or upper-teens could help sell more units, even if the X5 M's $90,000-plus price tag puts it into the I've-got-money-to-burn category anyway.

The next-generation X5 M could trail the standard X5 by up to a year, launching as a 2015 model. We'll keep our eyes peeled for more shots and details, and as always, you'll see them here first.