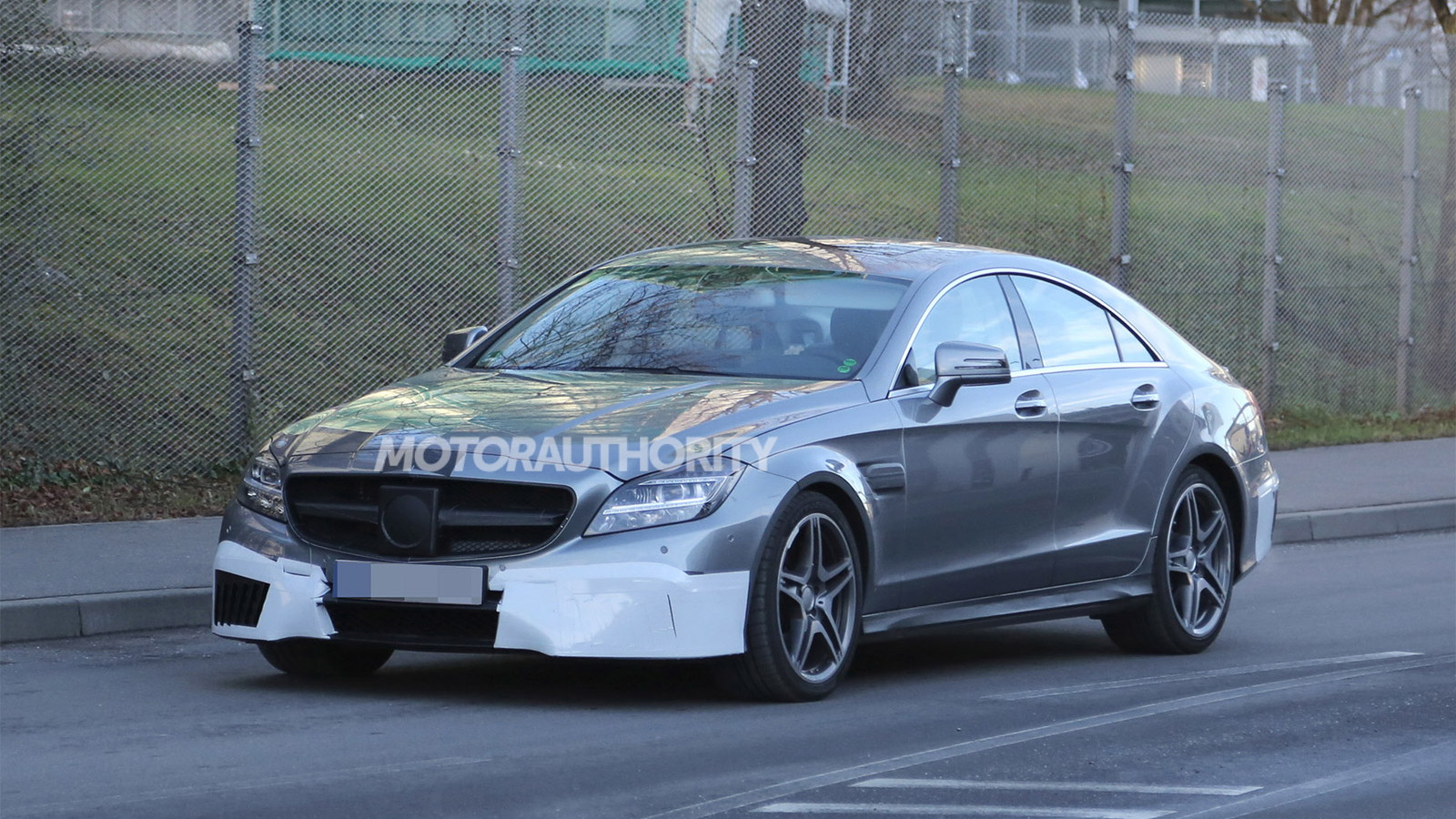 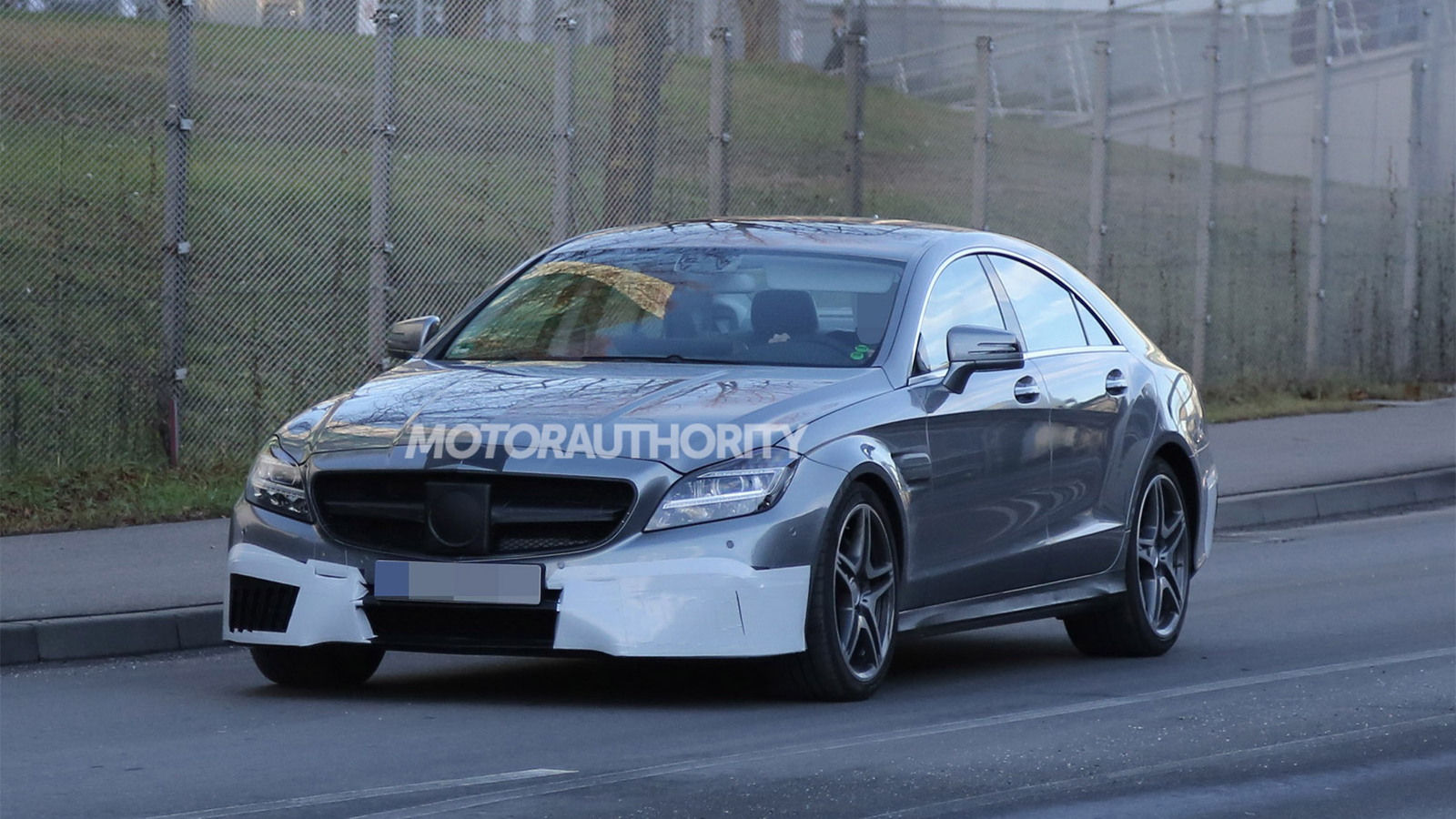 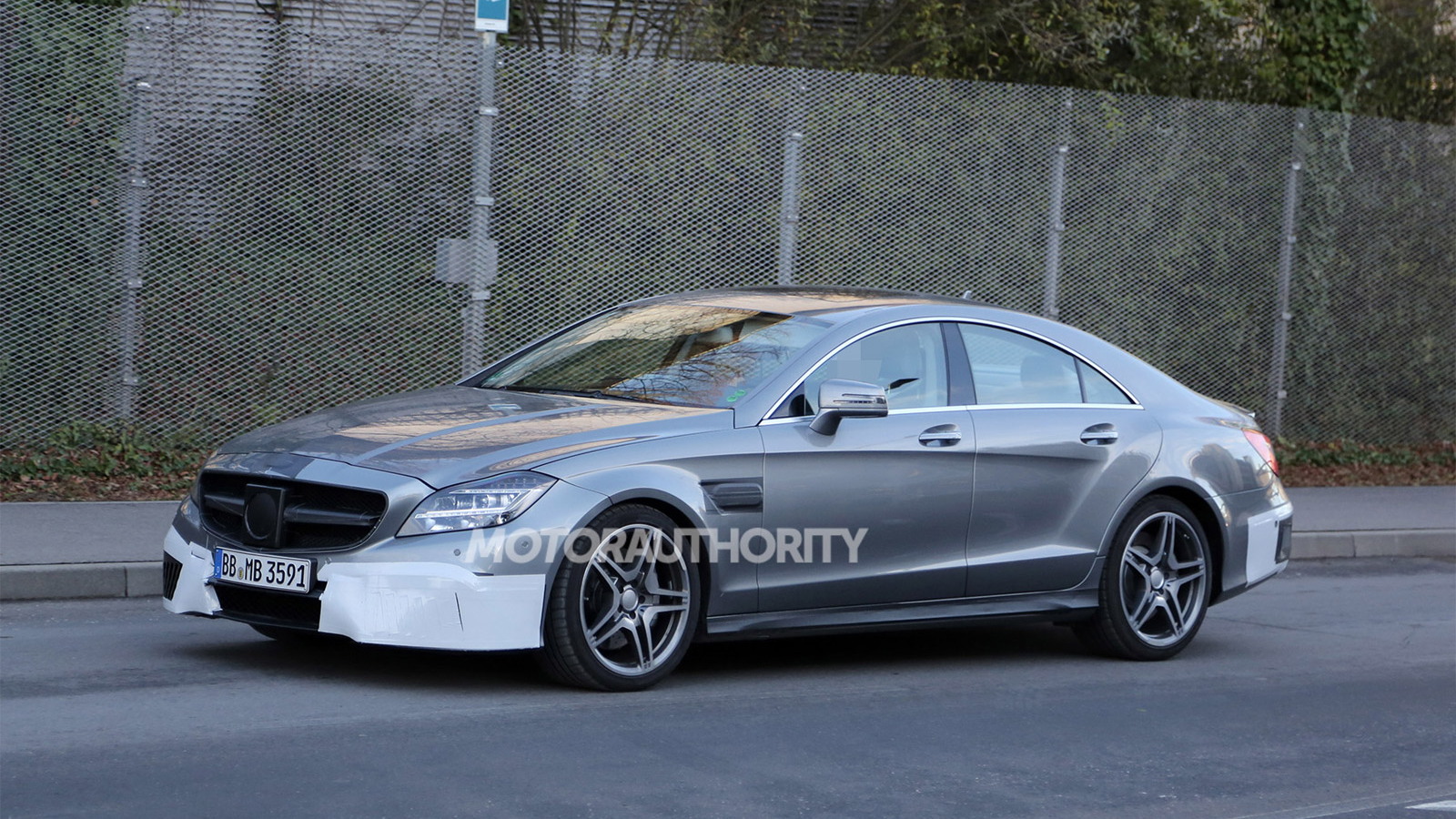 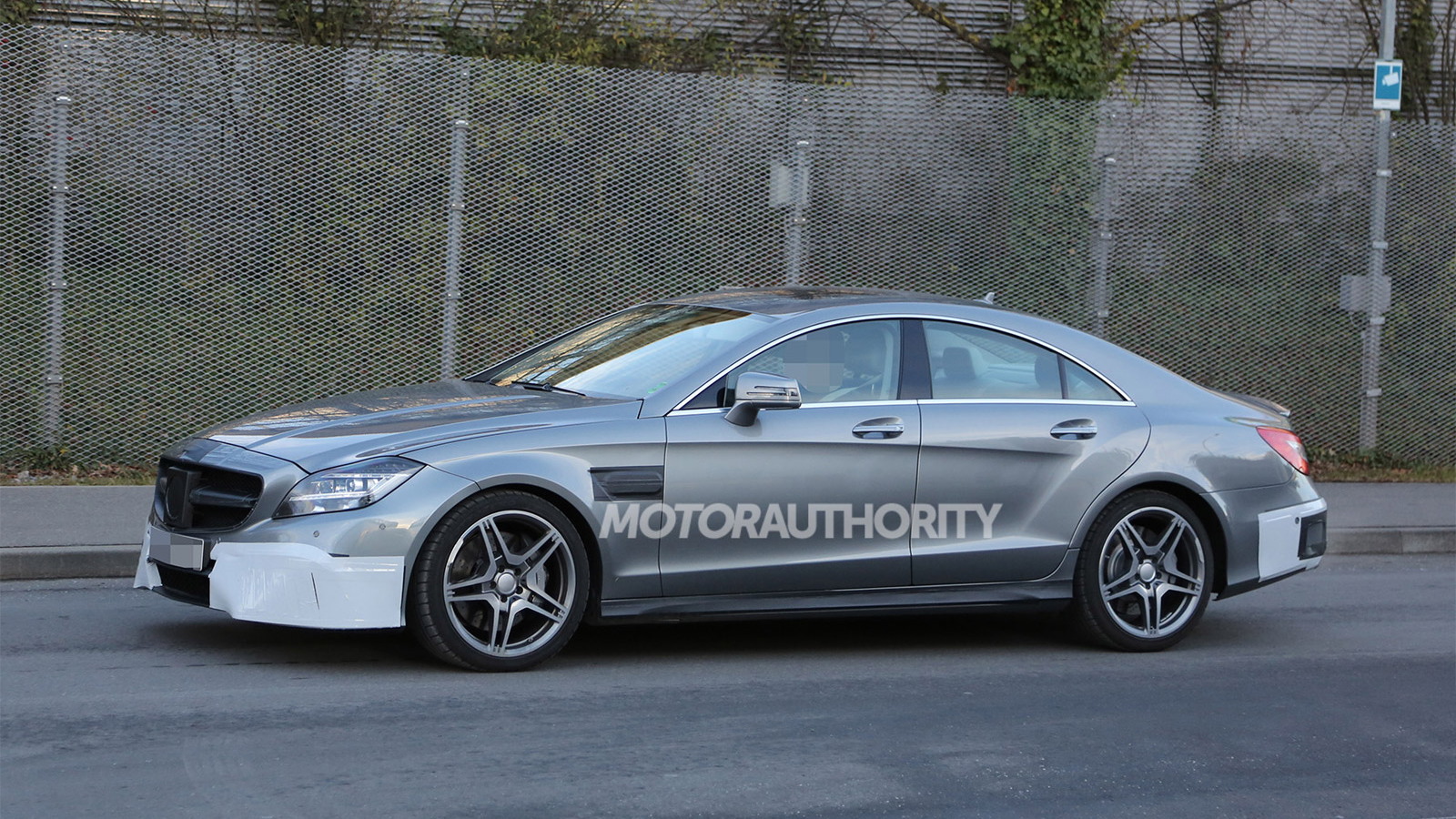 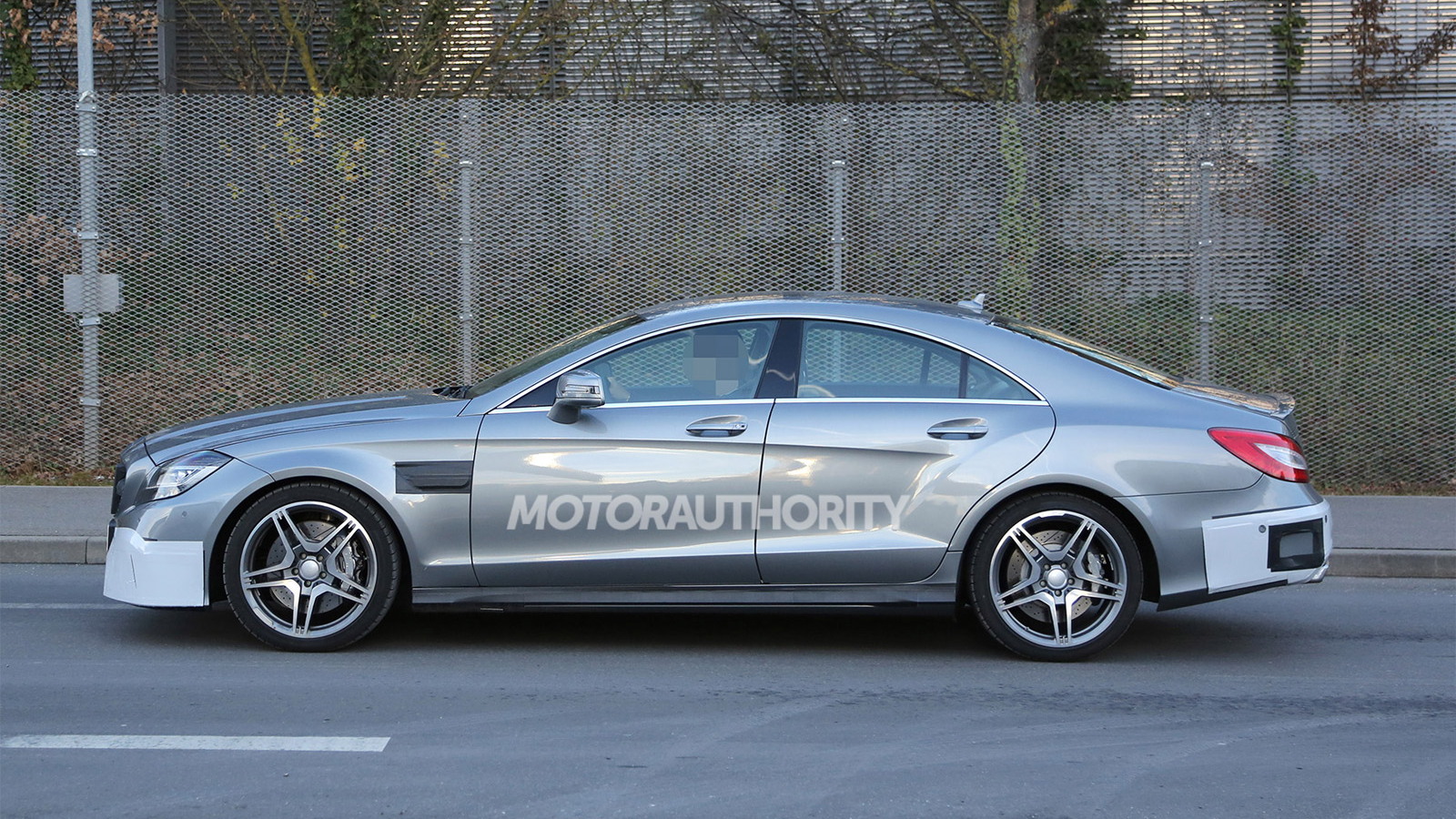 16
photos
Mercedes-Benz is working on a facelift for its CLS-Class, and that means separate variants such as the CLS Shooting Brake and high-performance CLS63 AMG are set to receive the same updates. We’ve already seen spy shots of a prototype for the updated CLS Shooting Brake, and now we have some new shots of an updated CLS63 AMG.

The spy shots reveal that the updated car is likely to receive new bumpers with much larger intakes than those on the current CLS63 AMG. The shape of the grille has also been revised and it looks like there are some new intakes on the side of the bumpers as well as some new front fender detailing. One final exterior change will be the internal structure of the headlights, which should feature some new LED detailing similar to Mercedes’ other new model introductions.

Powering the car will be the same twin-turbocharged 5.5-liter V-8 fitted to the current CLS63 AMG. The engine was only updated last year so we’re not expecting any more changes for this facelift. In basic form, the latest CLS63 AMG delivers 557 horsepower and 531 pound-feet of torque, which is sufficient for a 0-60 time of 3.7 seconds in 4MATIC all-wheel-drive versions, which come standard in the U.S. market.

A more potent CLS63 AMG S-Model was also launched last year, and delivers 585 horsepower and 590 pound-feet of torque from the same twin-turbo V-8. This model, once again with 4MATIC, will sprint from 0-60 mph in just 3.5 seconds.

Though it’s yet to be confirmed, the transmission should remain the seven-speed AMG SPEEDSHIFT automatic, however, the regular version of the updated CLS-Class is expected to benefit from Mercedes’ new 9G-TRONIC nine-speed automatic transmission.

Sales of the updated CLS range, including this CLS63 AMG variant, should commence next fall, making it a 2015 model year introduction.